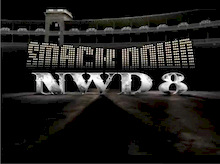 NWD 8 Review from the average mountain bikers
The newest big movie out there NWD8( New World Disorder 8 ) SMACK DOWN that everyone's heard so much about was released late September this year. Everyone's been having mixed opinions on this movie and we would like to give our opinions for people contemplating buying this new film.
Read More | 177 Comments
Reviews and Tech Reviews
Jordan Holmes    Dec 20, 2007

Steve Peat and Lizard Skins give us all a "Cheers" with his signature grips!
Lizard Skins' Hi-Performance Accessories and Steve Peat have teamed up along with Nick Bayliss from Royal Racing to come out with a exclusive set of grips. The Lizard Skins' "Peaty" grip is a comfortable, but wide grip, created with a soft compound rubber for maximum grippage! 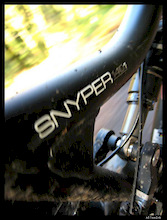 Tomac Snyper 1401: Trail Bike of The Gods
When future bike zealots erect their parts-enshrined pantheons to the gods of mountain biking no doubt the first temple they build will be in the name of (two-time world and 10-time national champion), John Tomac. Unfortunately, the legacy of mountain biking's first mullet-wearing rock star fell into a marketing vortex after his bike brand was purchased by American Bicycle Group—who promptly shelved production in favor of filling the world with more titanium road bikes. Last year, JT regained control of his namesake brand and is re-launching it in 2008 with three new state-of-the-art rigs: an XC race bike, a DH bike designed by Manitou founder Doug Bradbury, and a 140-mm dual suspension trail bike accurately named the Snyper.
Read More | 36 Comments
Reviews and Tech Reviews
Luc 'Acadian' Albert    Dec 6, 2007

Reviewed: Earthed - The Law Of Fives (Teaser Included)
Yesterday I got an early Christmas gift from Alex Rankin – a preview copy of his new movie “Earthed – The Law Of Fives”.
Read More | 28 Comments
Reviews and Tech Reviews
Simon Paton    Dec 5, 2007

Troy Lee Designs SE Winter Gloves
Brass monkeys! It's December and as my Nan said, "Cold hands, warm heart".. Luckily we ride and have "good hearts" already, even if they don't beat as fast as everyone else's.. Therefore we need to work out how to keep those digits warm whilst out hitting the trails.

Please note this article is not for the consumption of anyone from the Southern Hemisphere. If that's you, then get back to your sunbathing..
Read More | 9 Comments
Reviews and Tech Reviews Gloves Troy Lee Designs
Simon Paton    Dec 4, 2007

MFX Air Art Helmet Sprays
Palmer, Peaty, Hill, Minaar, Gracia have all sported works of art covering their barnets (helmets), as have many a keen downhill rider. Dipping into their sky rocket (pocket) to shell out some hard earned cash to look "Trick" out on the DH trails.

O.K so that's race weekend covered, now how about the riding you do most of? All those hours hitting the XC and Enduro trails where the real riding and saddle time is done..
Read More | 6 Comments
Reviews and Tech Reviews Helmets