Just over a week ago, Danny MacAskill graced the world with his video 'Postcard from San Francisco'. Immediately, comment sections were filled with positivity and all viewers agreed: Danny had created something entertaining, creative, and inspiring - this film brought a great vibe that rippled well beyond the mountain bike community. In Postcards from San Francisco, we see Danny blowing minds with unbelievably smooth and well-executed street trials riding. The one or two falls in the edit seem to be there just to make Danny seem human. As it turns out, Danny is human, and this edit didn't come together as easily as it may appear. To show us the incredible amount of work, crashes, blood, sweat and tears put into this project which took over five years to make, Danny has created a seven episodes series called Back of the Postcard. 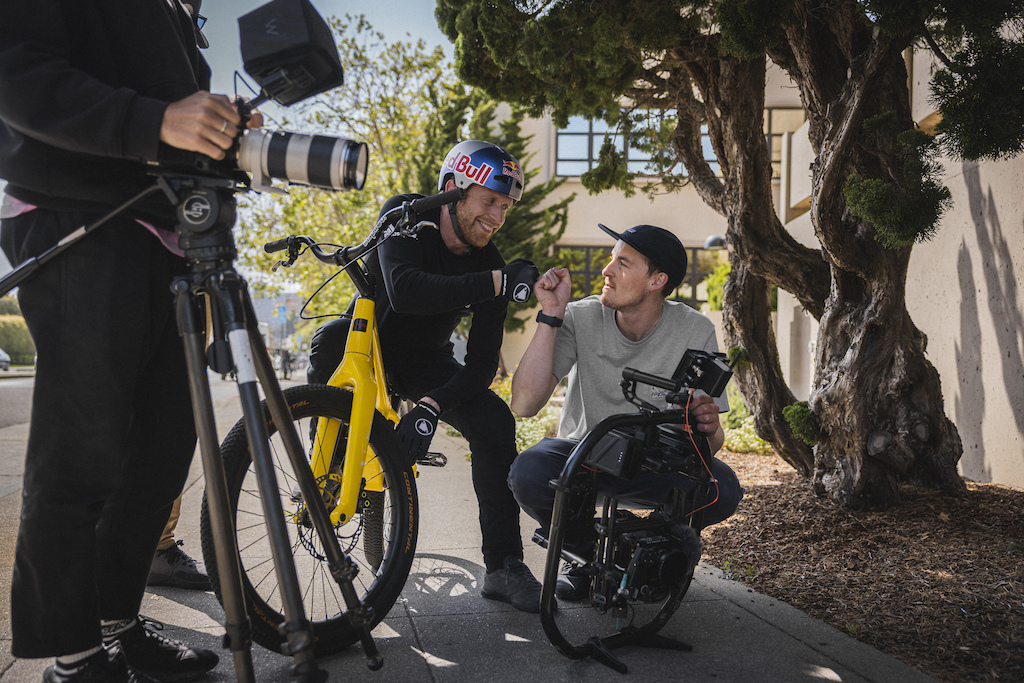 Ever thought about shooting a movie scene at a place like Alcatraz? Looking at Danny's latest work, Postcard from San Francisco, one can only imagine the amount of effort behind the five-minute film. The seven-part series Back of the Postcard offers much more than the usual behind the scenes.

Instead, this very personal documentary gives a deep insight into the challenges Danny and the entire team had to overcome. In addition to the failed shoot in 2017, it shows how Danny approaches tricks, his doubts, and how he repeatedly pushes the limits of what is possible. 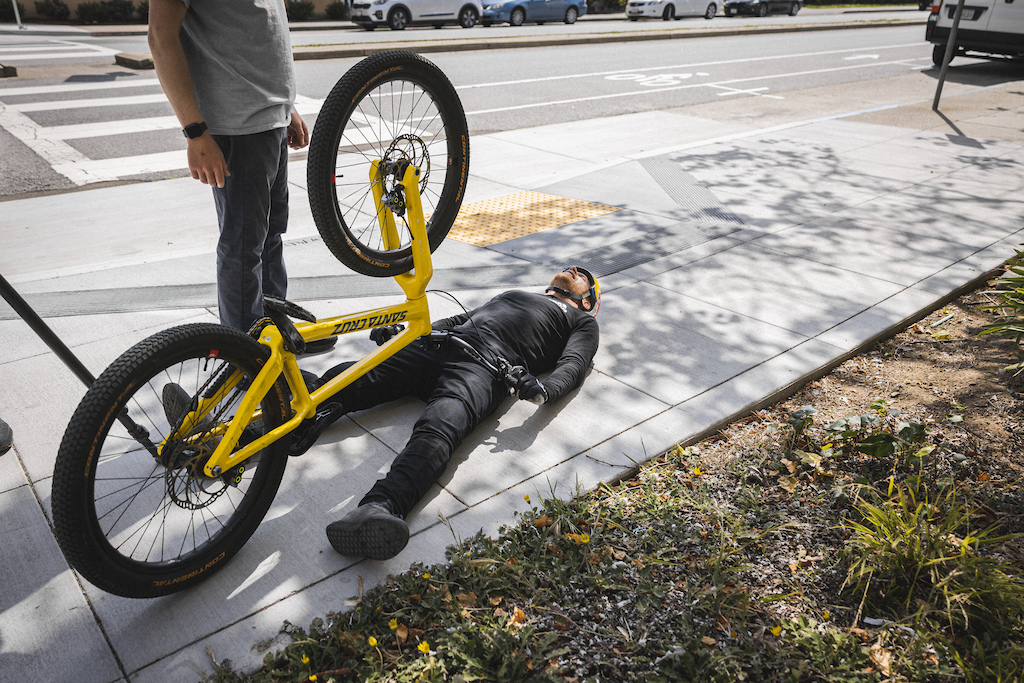 Viewers are also treated to a deeper insight into the specifics of each key scene and the battle against the clock as the team deals with time limited permits and other challenges of filming in San Francisco. 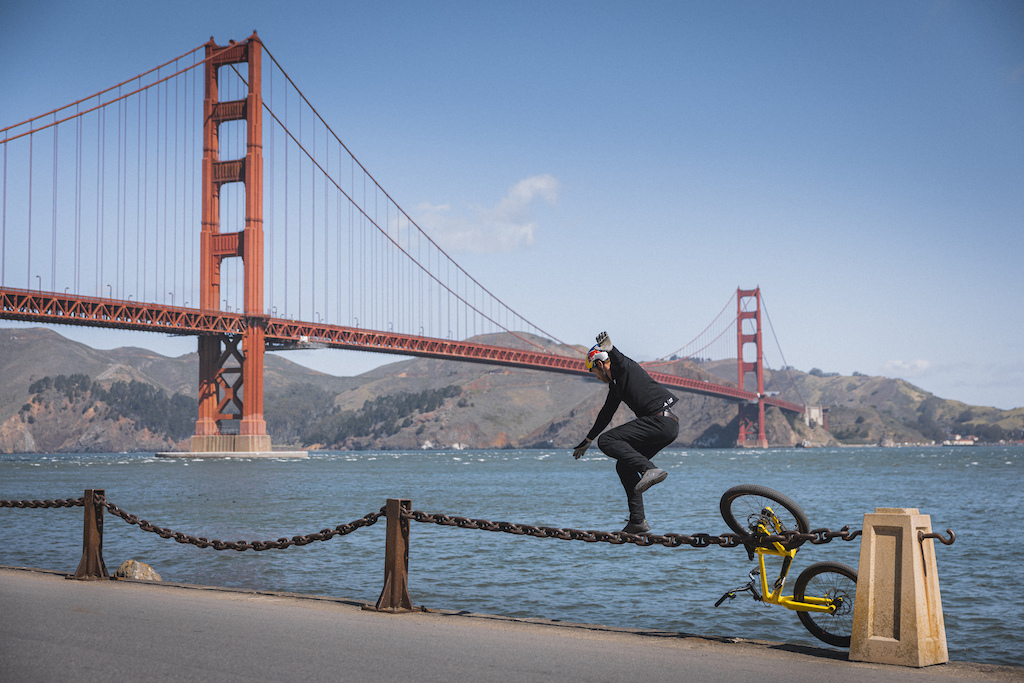 As crucial as Danny, Back of the Postcard also introduces us to those behind the scenes who dedicated massive amounts of time in production, both pre and post, to make this edit happen. From Film Director Robbie Meade (Peny Films) to Producer Todd Barber (Hi5 Events), Photographer Dave Mackison, Stunt Coordinator Duncan Shaw and Security Guard Preston. 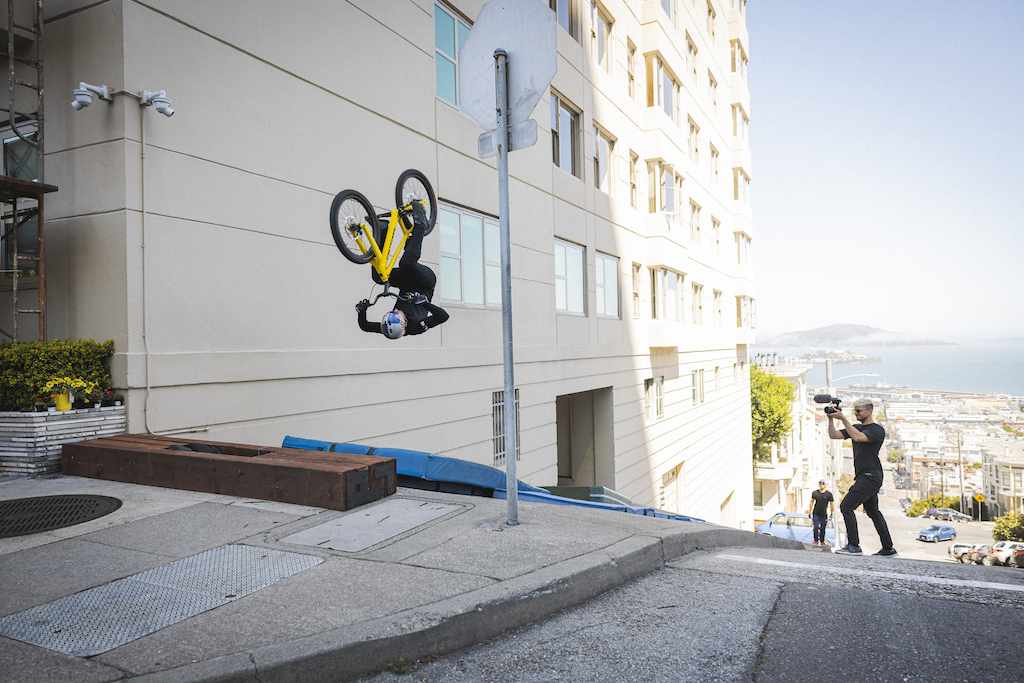 plyawn (Dec 9, 2022 at 15:20)
How come when he crashes his team doesn't immediately yell "Are you OK?" before he's even finished falling? They just stay still and quiet for a moment, and let him gather himself & do an inventory... Have these people never seen a Friday Fails?

tbmaddux (Dec 9, 2022 at 13:42)
I didn't remember every trick so I felt some genuine tension watching this, especially with (I won't spoil which trick) the damage that truly caught me by surprise.

So much of what Danny does is simply incomprehensible to me. In that way his flat right-hand carve into a hop right up a flight of stairs was the most impressive, because at least I understand it even though I could never pull it off.

waffleShirt (Dec 9, 2022 at 14:58)
I need to watch this and the behind the scenes for Fabio Wibmers latest edit to remind myself that, while I could never do these things on a bike, that maybe it's ok because I probably couldn't withstand the mental or physical beating it takes anyway.

Then get on my bike, and it takes me 5 attempts to bunny hop a 4" high wall that's 6" inches wide and ride it to the end.

njcbps (Dec 9, 2022 at 13:43)
Incredible work - thanks for posting this series. It's easy to forget the dedication it takes to pull off these projects.

Mlloyd550 (Dec 9, 2022 at 17:13)
Random AF: Danny went to the ortho docs at UCSF, probably the best ortho facility in Norcal. Just got my thumb ligament reconstructed there after a crash. Thanks UCSF!!

silentbutdeadly (Dec 10, 2022 at 4:26)
The respect that is offered to everyone involved not just the talent Is a thing to be celebrated in this series...which I might have just binged. .

airon (Dec 11, 2022 at 5:56)
I wish I had the brutal strength to crush my bike in a single trick… as a producer ide be like “hulk smash” as Danny pogo’s his bike to tinny bits.
Keep up the great work!

draggingbrake (Dec 9, 2022 at 15:42)
Wish I had some Irn-Bru and some Flame grilled steak McCoys...sit doon, dig in to the entertainment

NDiand (Dec 9, 2022 at 20:42)
Amazing to see behind the scenes just how much work goes into landing these tricks, and the patience and focus as well. Keep it up Danny Boy!

suspended-flesh (Dec 10, 2022 at 15:46)
Think it through. He rides for a super-successful brand that is willing to support him by suplying a one-off rig to his exact specs just so he can do his thing. Should he ride an off-the-shelf bike from a Trials Bike Brand to keep it real? I think not.

coadymacmillan (Dec 10, 2022 at 17:49)
@suspended-flesh: The point of companies sponsoring riders is to get exposure and then in turn people buying their style of bikes. You have World Cup DH racers, people want their set ups, Slopestyle riders? people want their frames.

You can't tell me it's not weird Santa Cruz has nothing to do with trials? I assumed they would start selling those trails frames at some point, but no? Do they not like money?

suspended-flesh (Dec 10, 2022 at 18:37)
@coadymacmillan: Oh, but I AM telling you that. Danny is different - SC sees that. Trials bikes are probably .0001% of the bike industry. This is smart rider support marketing by SC, not a pure sales ploy. It shows their Reserve wheels are tuff AF if you want a sales angle.

suspended-flesh (Dec 10, 2022 at 21:08)
@coadymacmillan: No. I don't control or own the means of production. I'm a union member and a renter. Google Capitalism. Spending your money isn't Capitalism.

meathooker (Dec 11, 2022 at 5:49)
@coadymacmillan: I read somewhere that Danny’s bike(s) are the single most expensive bikes SC has made by far.

The V10’s and all other bikes untimely go into production so they approach the build a different way. Danny’s bikes are hand made in the US. I’d venture to guess they’d need to sell for 8-10k for SC to even think about it.

Erk101852 (Dec 11, 2022 at 8:03)
The answer is pretty simple, trial companies can't offer the same financial support as Santa Cruz. Trial companies are super niche and have way smaller budgets than santa cruz will when it comes to support they can offer their athletes. Even his past sponsor inspired mentioned it in the post when they said he was leaving their roster. And its not all that weird for a trial rider to be sponsored by a company that doesn't make trial bikes. Trials brings in tons of views, but unfortunately most people don't want to get into trials at the level where they need a dedicated bike.

suspended-flesh (Dec 11, 2022 at 10:27)
Here's a link to the story of the Danny Bike if anyone is interested: www.santacruzbicycles.com/en-US/danny-macaskill-trials-bike

AyJayDoubleyou (Dec 11, 2022 at 15:17)
Yeah the chances of anyone who isn’t sponsored being willing to spend what that thing would need to cost is pretty slim.
But just like the V10, it says Santa Cruz on the side, so it’s selling trail bikes to skill-less hacks with lots of disposable income just like me.

coadymacmillan (Dec 11, 2022 at 15:49)
@AyJayDoubleyou: So seeing someone riding a trails bike makes you want to get their trail bike?

Besides, Macaskill releases plenty of content on this trail bike.

Austin014 (Dec 13, 2022 at 8:51)
I would wager that Danny's videos go more viral than anything else in the bike industry, and that plenty of people who don't know anything about bikes see and share these. It's not necessarily a direct sales pitch (look at what this frame can do) it's more of a brand perception angle (Danny is cool, so Santa Cruz is cool). For people not examining the industry too closely, Santa Cruz can become synonymous with "cool" bikes. The same way I don't know shit about cars, but I know that Bugatti makes fast ones. If you were a car guy you would have all sorts of opinions on that, but the average person would not.

coadymacmillan (Dec 14, 2022 at 1:58)
@Austin014: Santa Cruz bikes aren't cheap tho, if you're even in the realm of shopping for one you are probably examining things more closely then the normal person, ha.

Austin014 (Dec 14, 2022 at 9:49)
@coadymacmillan: don't underestimate people with disposable income, I know a couple who "got into mountain biking" and bought themselves an Evil and a Santa Cruz after their first ride. It happens allllll the time.

suspended-flesh (Dec 12, 2022 at 9:36)
If you weren't just parroting right-wing memes, you'd know that injectable heroin has become super-scarce and it's all about Fentanyl.

Garantson (Dec 12, 2022 at 15:42)
@suspended-flesh: True it is mostly fentanyl also true this a not a right-wing meme. I live in SF and the open drug use is worse than even most people report.

suspended-flesh (Dec 12, 2022 at 21:17)
@Garantson: Fair enough. I have enough civic pride that I have to push back on people who have never set foot in CA regurgitating Fox News drivel about Commiefornia being covered in innumerable piles of human feces that are bristling with used rigs and broken glass pipes. LOL. Didn't know you lived in the City, too, so I respect your right to say it's gnarly, because IT IS!

pmhobson (Dec 14, 2022 at 11:10)
@suspended-flesh: I, for one, surprised to see that such a liberal, do-nothing city was able to rebuild so fast after 90% of the city was destroyed by antifa a couple of years ago. Portland is still as smoldering pile of ashes.