Behind the Lens - Isac Paddock 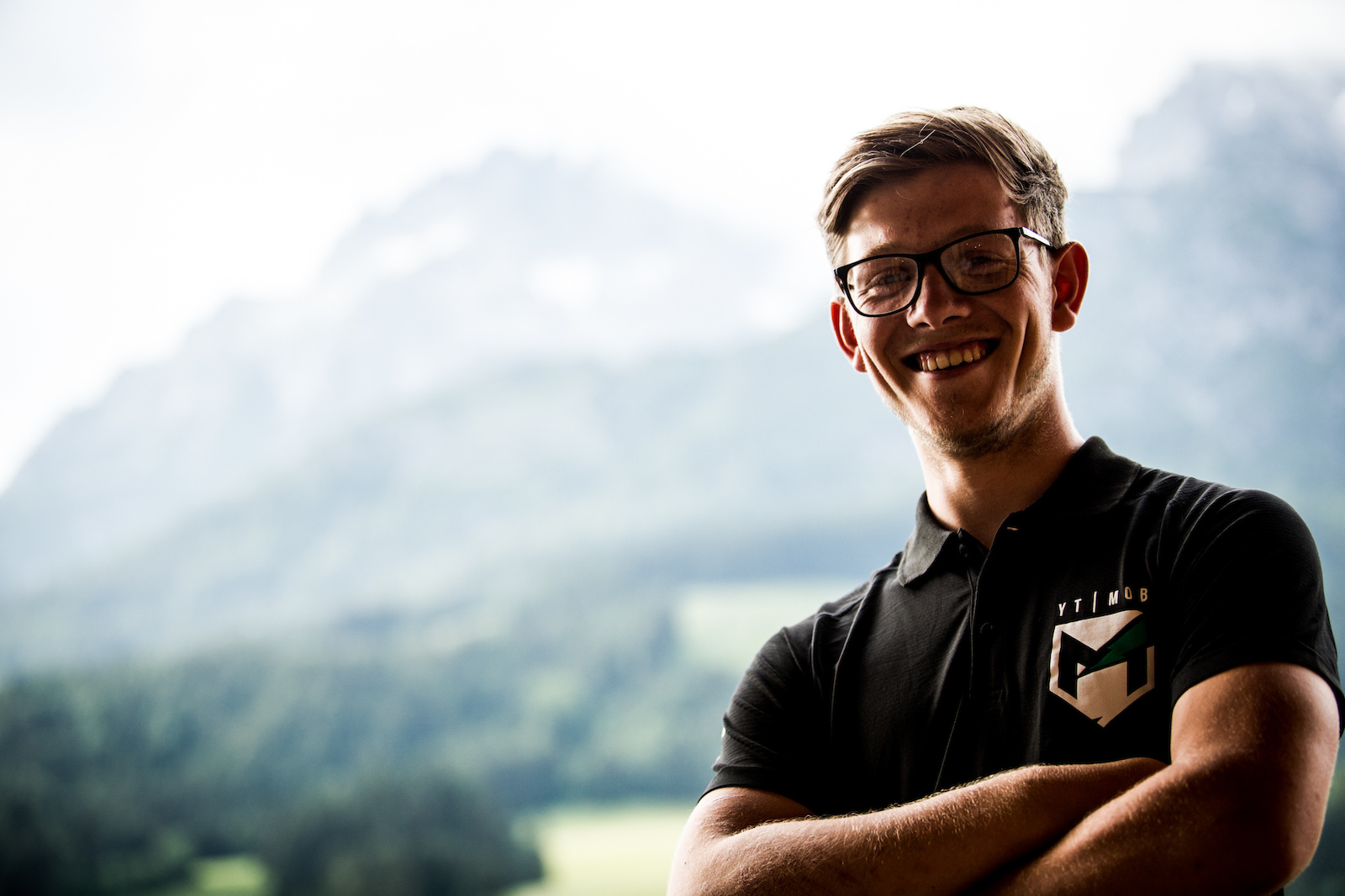 BEHIND THE LENS
ISAC
PADDOCK
Interview by Harrison Fetter

Success in life is often determined by the number of difficult conversations one is willing to have. It seems Isac Paddock has mastered this skill and has used it to build many important relationships. One such instance involved approaching Martin Whiteley at Fort Bill when he was only sixteen. But while words got him in the door, Paddock's skill behind a camera is what landed him a dream job with one of the best teams on the circuit. The UK native studied photography at school but looks beyond the technicalities of the camera to tell a compelling story with his images. Still only 20 years-old, it's safe to expect more to come from Isac Paddock in the future.

Tell us a bit about yourself...

I’m 20 years of age and I’ve spent all of my life living just North of Manchester (UK), where there’s a great balance between the outdoors of the Pennines and the bustle of the city. Growing up with bikes as a passion, watching all the videos and seeing photos, I still find it amazing that I am photographing and working with my childhood idols.

Were you self-taught or have you had any formal training?

I studied photography in college and at the time it seemed much more of a formality but in hindsight, it taught me a lot especially in analogue/film format(s) and the theory behind photography. I found it difficult to apply my studies to the mountain bike industry at first but looking back it was really helpful, learning about the business aspect of photography was instantly useful since I've been freelance for the past 3 years. 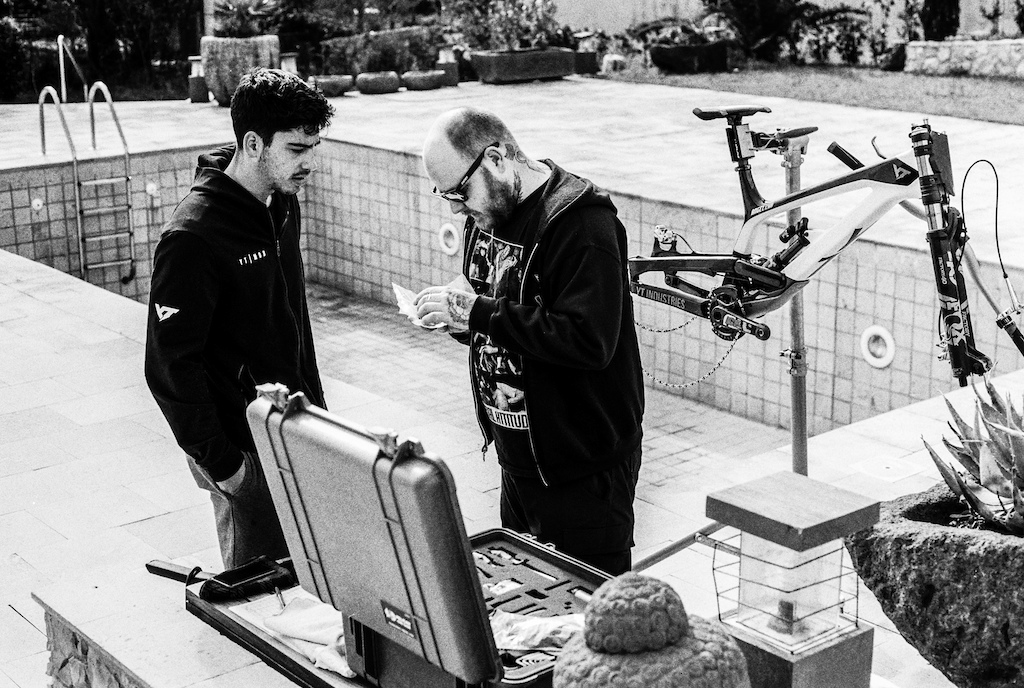 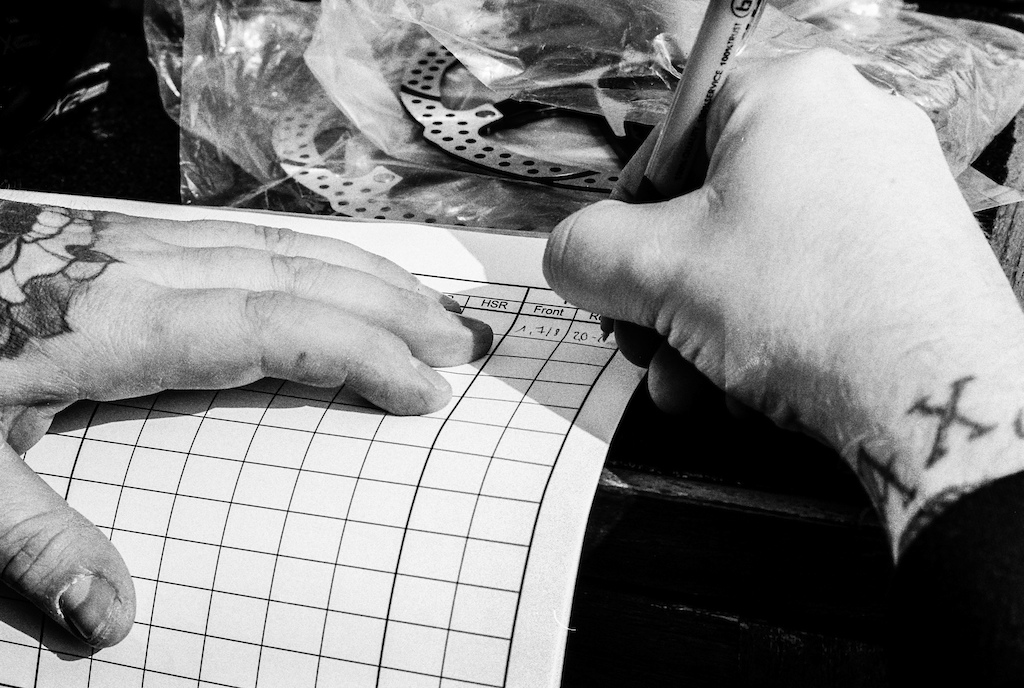 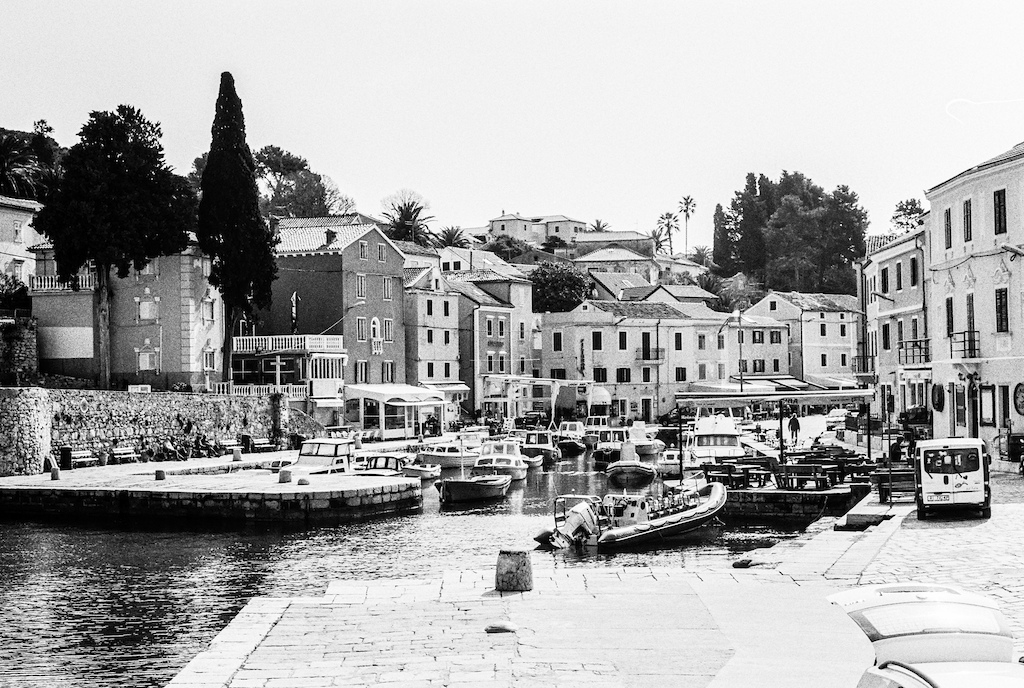 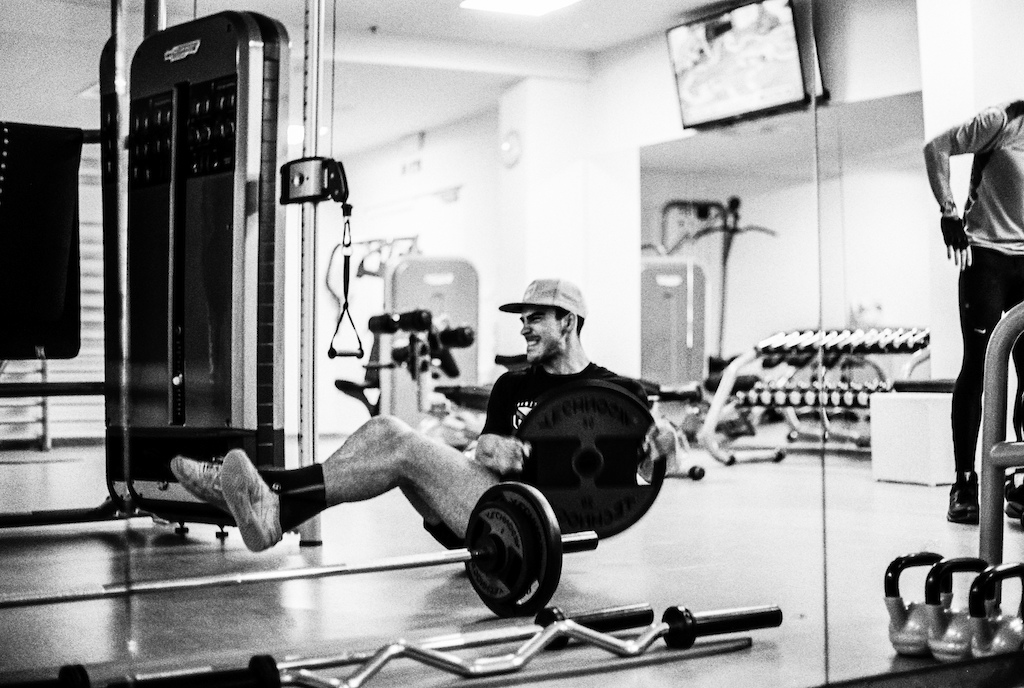 Was there a specific moment where you knew it was a job and not a hobby?

It all started in the first year of college. I was 16 at the time and had just finished a one-week placement with MBR Magazine in London, then a few months later MBR asked me to go to the Fort William World Cup (my first World Cup). I was there to create content for the magazine although I used it as a networking opportunity, too, boldly introducing myself to Martin Whiteley. Fast forward 6 months and he dropped me an email asking if I could shoot a Trek World Racing team camp in Spain because his contracted photographer was covering an EWS event and was unavailable. It was my first trip out of the UK without my parents so this was when I knew it was a career. 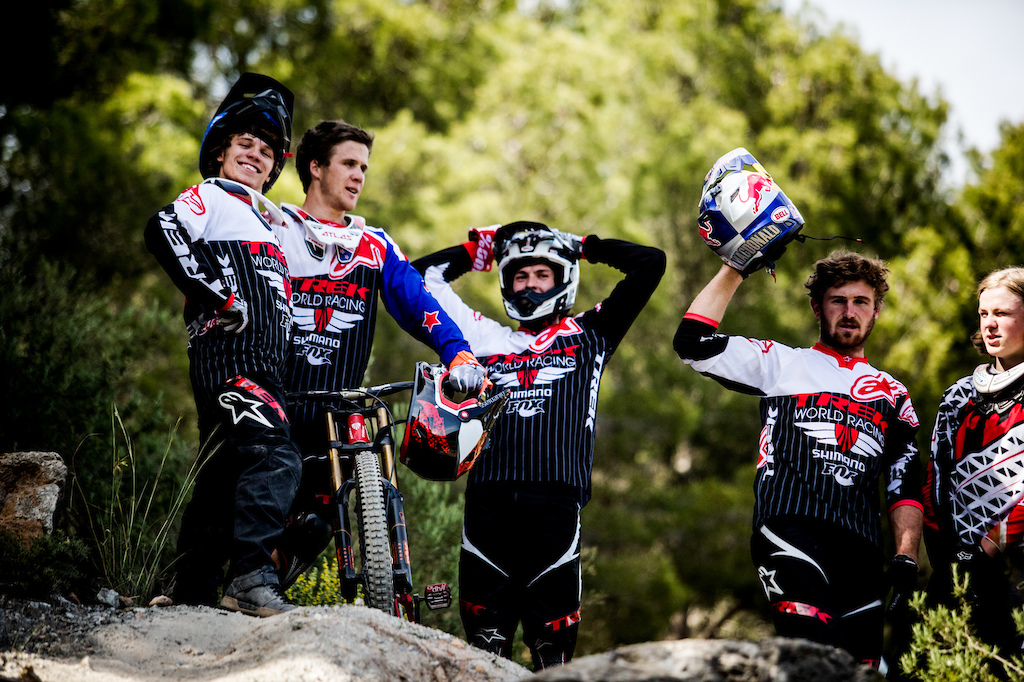 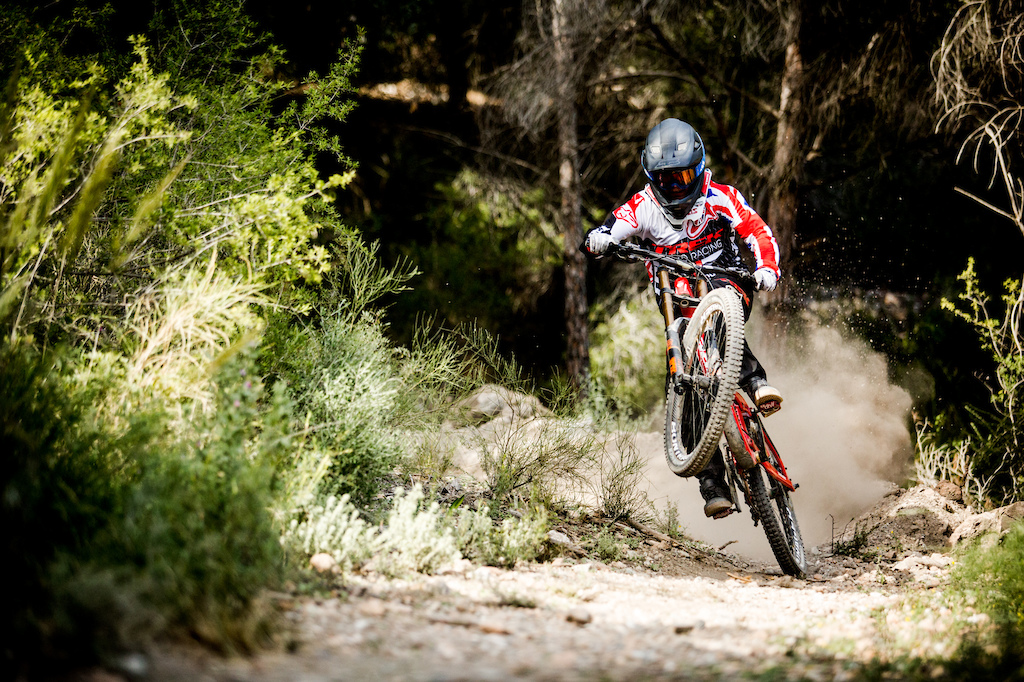 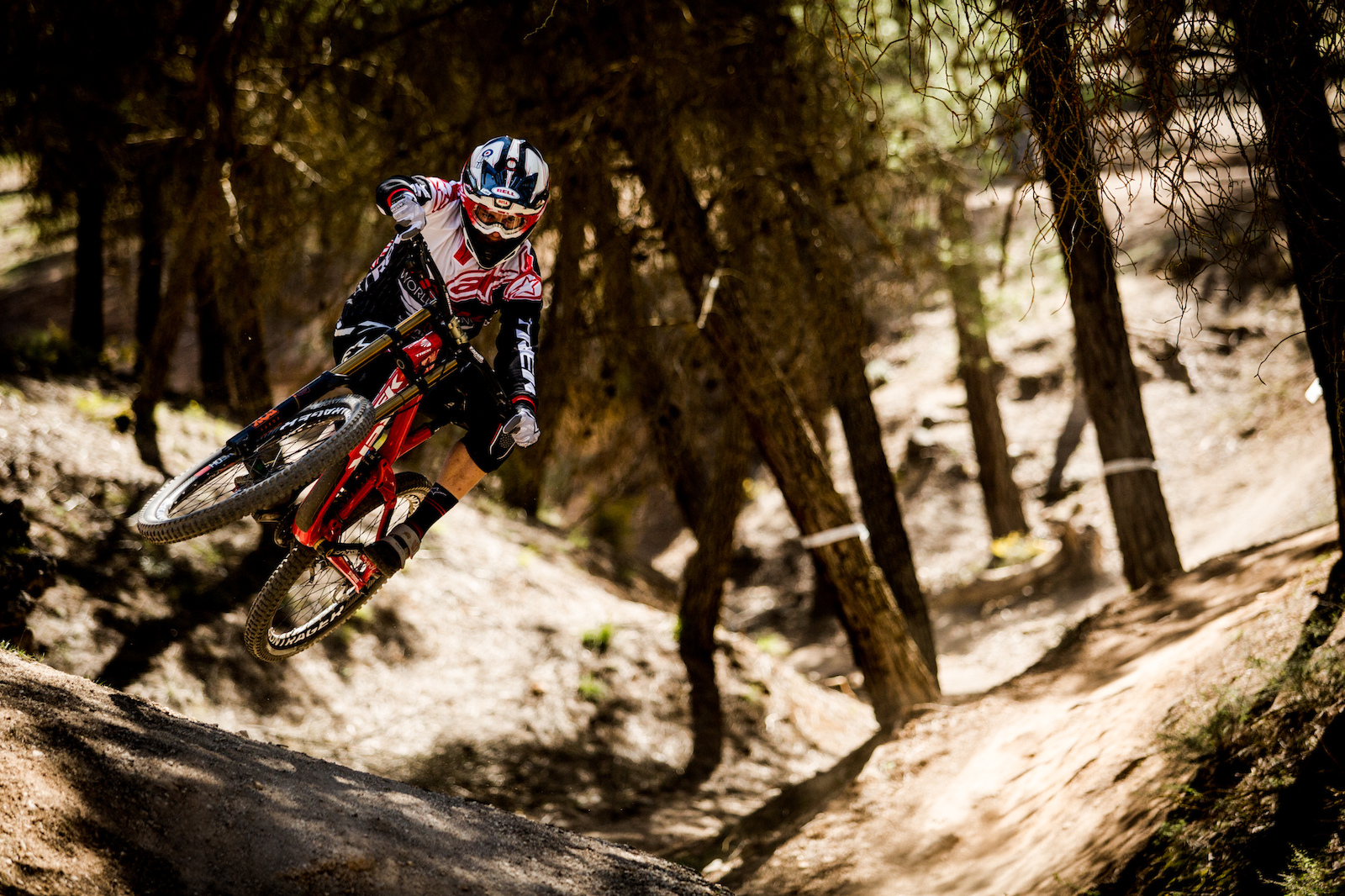 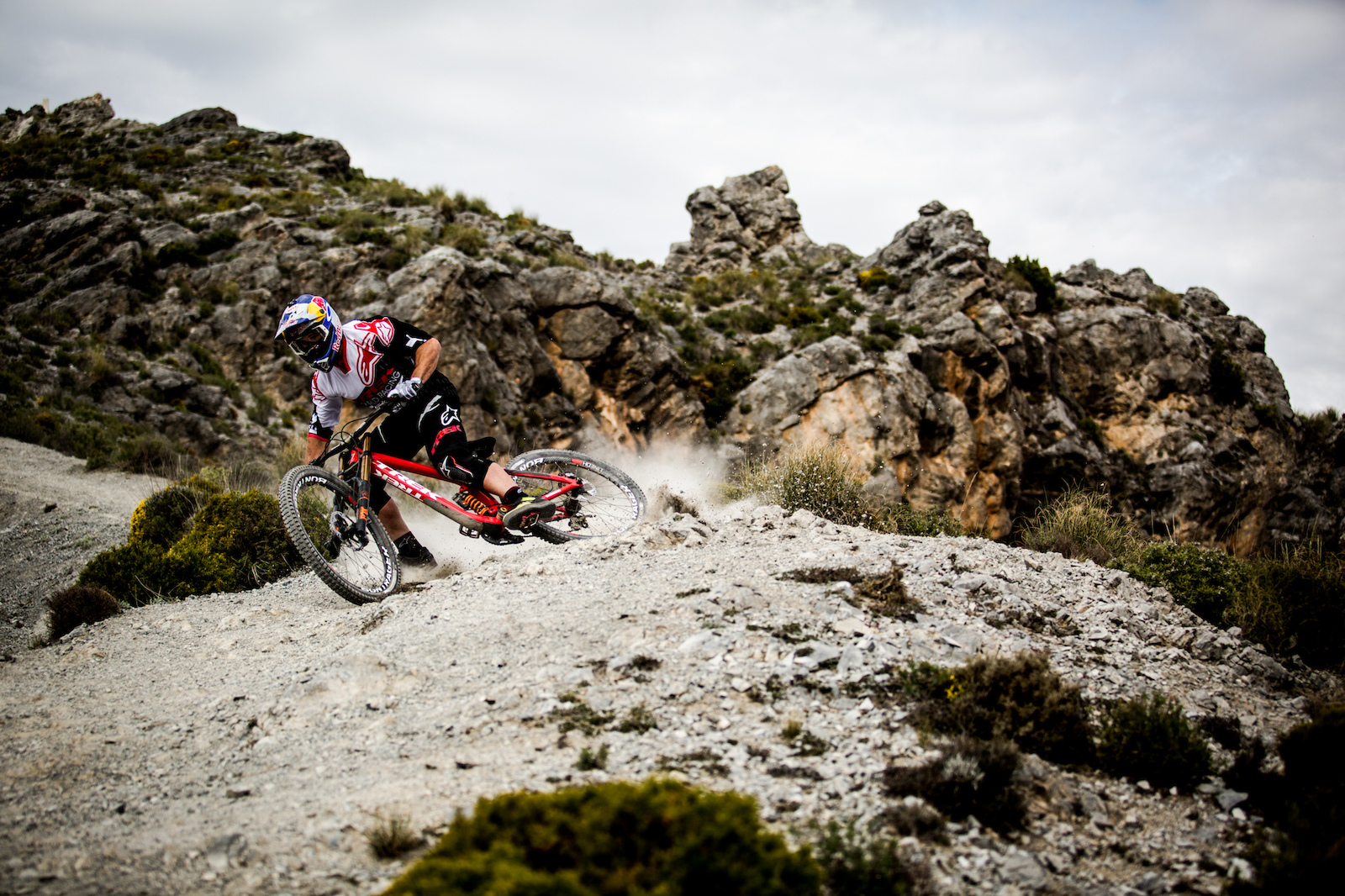 Since the start, for 5 years.

Of course, although I love shooting mountain biking it’s great to escape the industry sometimes. I’ve recently been shooting a lot of motorsports, particularly drifting. I also like to shoot images of people, not in a studio setting but in an environment they're comfortable with, I like photos where you learn a lot about the person because of their surroundings.

What is your favourite thing to shoot?

Mountain bikes, of course! I wouldn't be doing it otherwise. I enjoy shooting racing as you have to work around the rider. The element of surprise keeps your brain working. 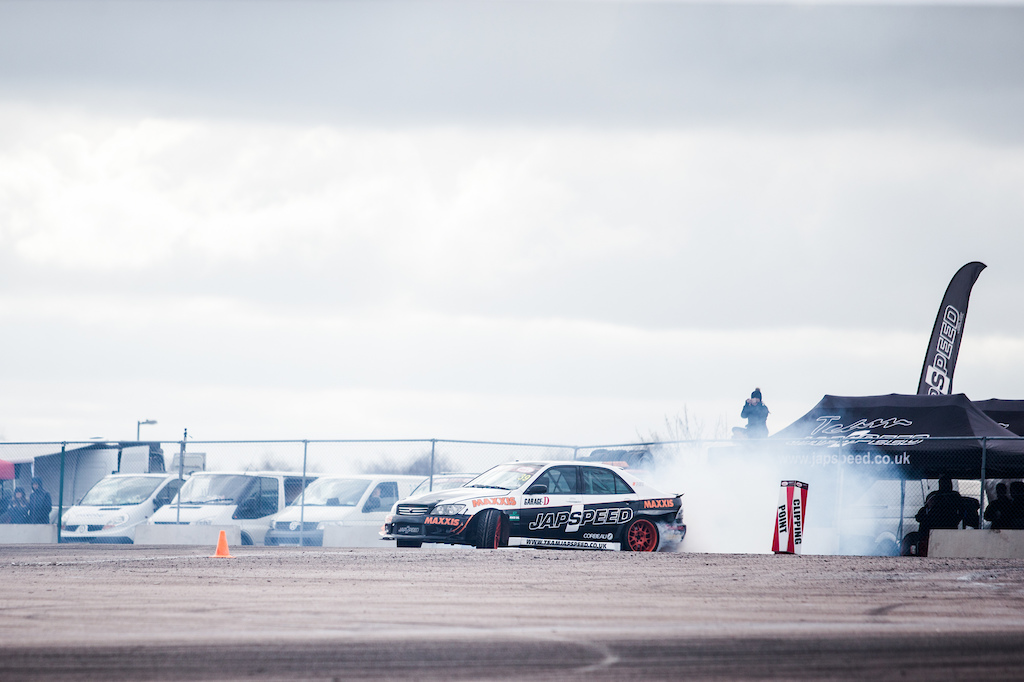 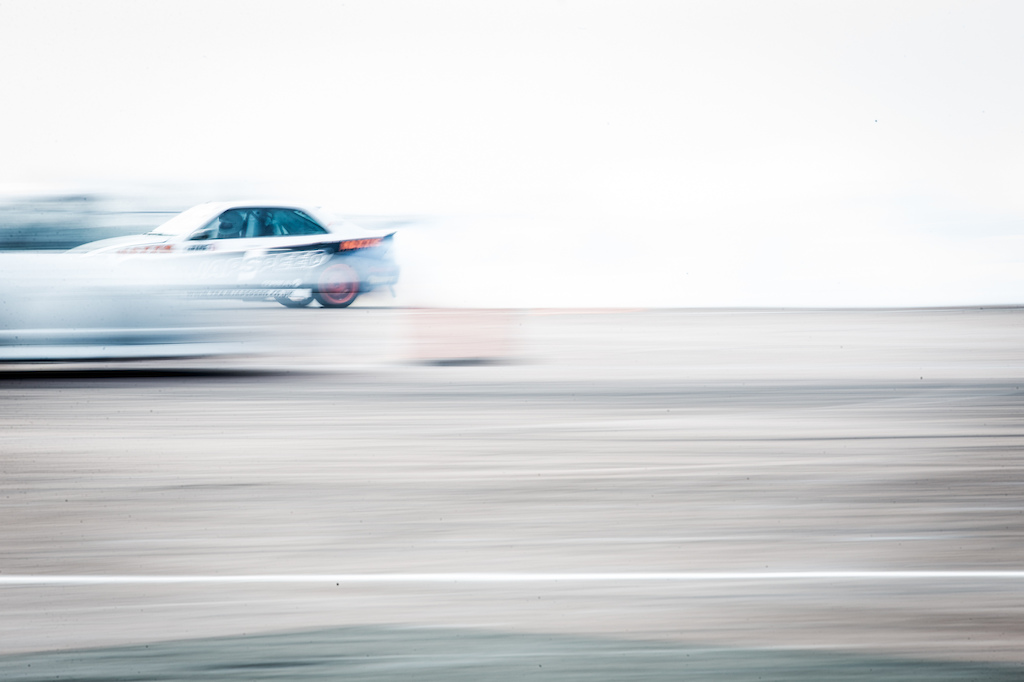 Who are some of the clients you’ve worked with?

Over the past 3 years I’ve been honoured to work with a lot of high profile and influential mountain bike brands and publications such as The YT Mob, YT Industries, Red Bull, Trek, Nukeproof, Renthal, e*thirteen and Dirt Magazine. But, I’ve not yet got a front cover shot which is a goal of mine. In the current world of online magazines, it's proving more difficult than I thought, but it keeps me on my toes… 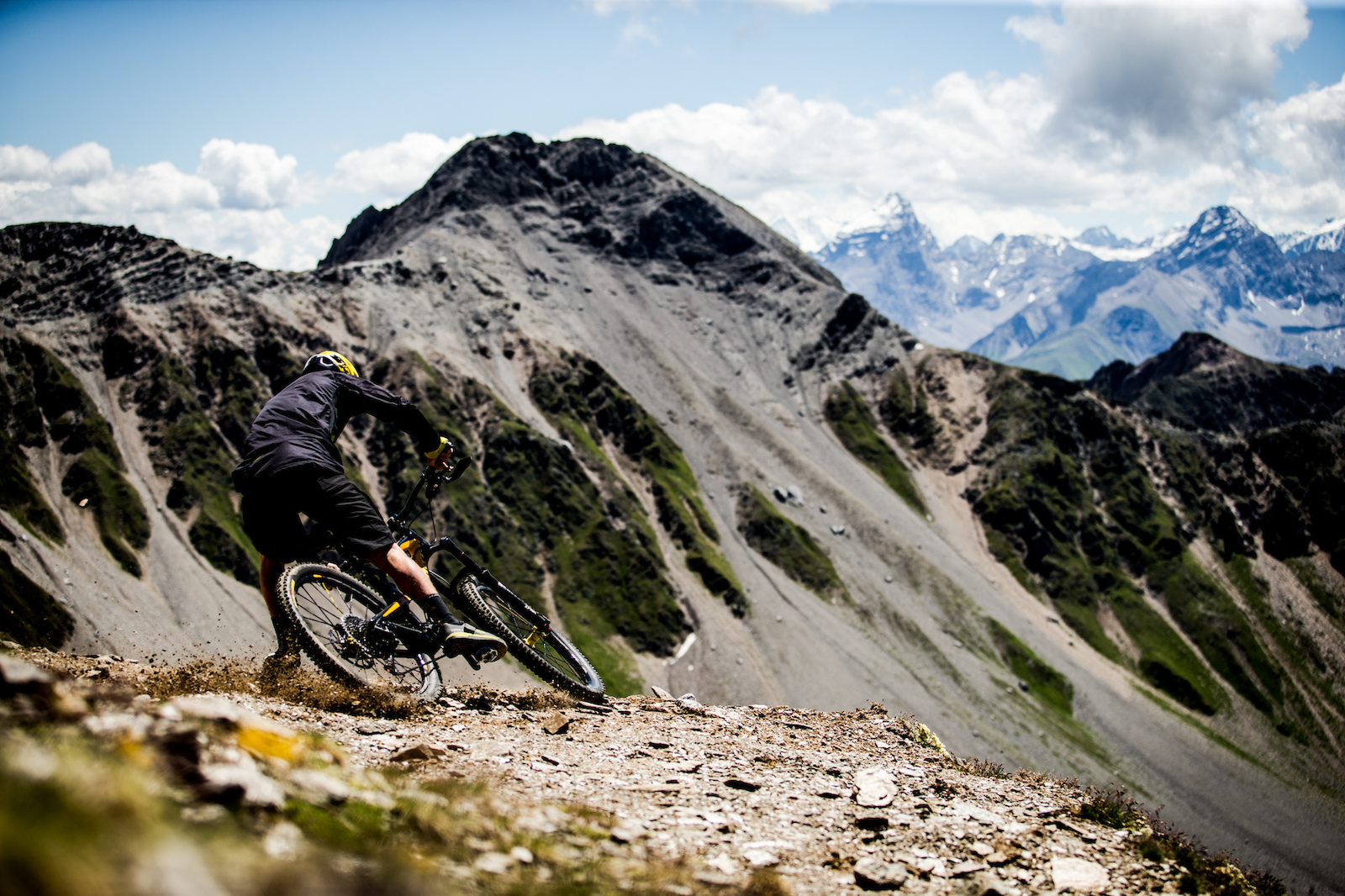 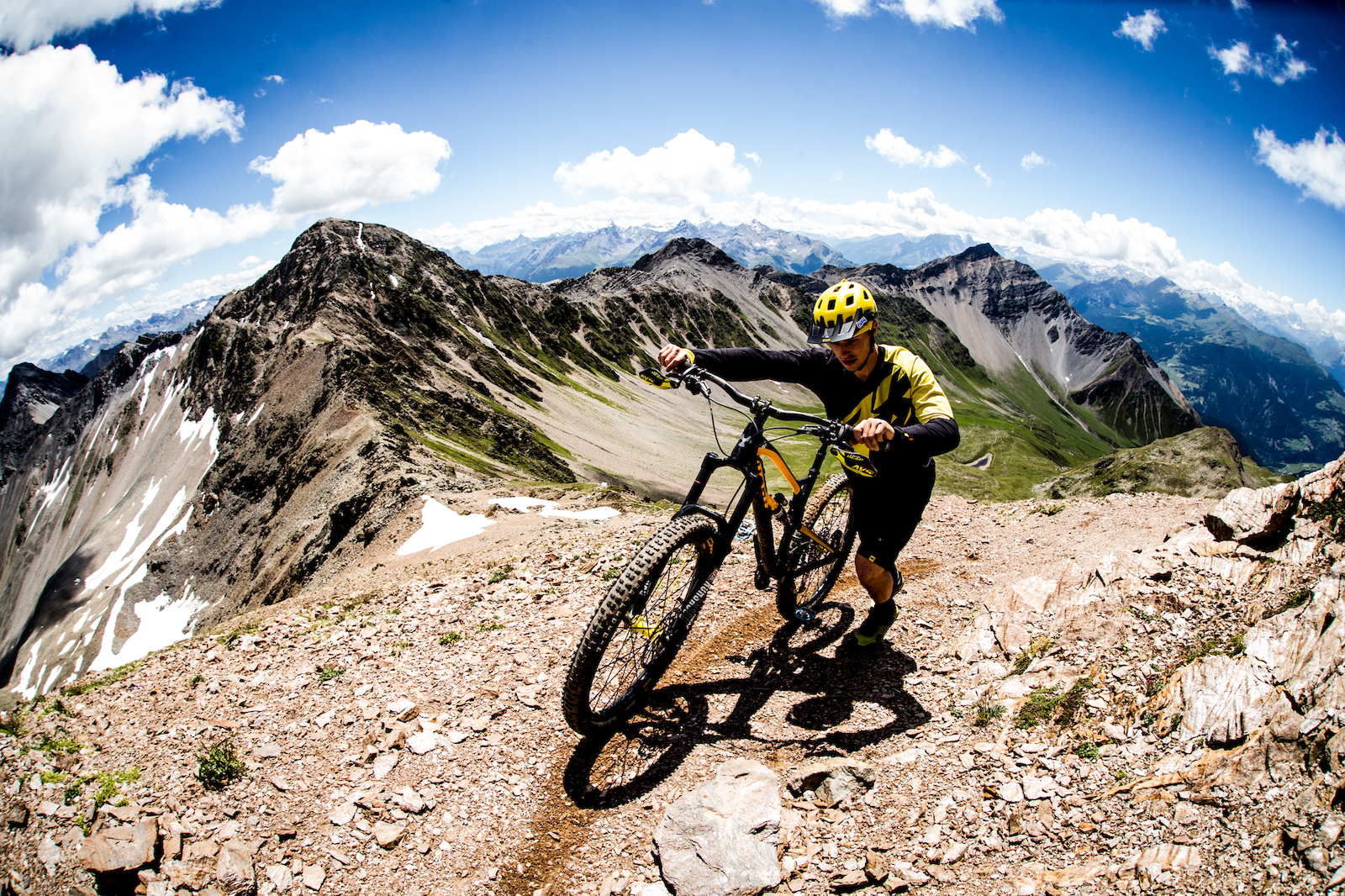 When did you start with the YT Mob? How did that come about?

Well, I was 18 years old, I’d just finished education and had no idea where I was going. I was working for a bathroom company at the time, shooting products. I’d been there for 3 months, already received a promotion, and I was stoked to be receiving a paycheck every month. Anyway, out of the blue Martin Whiteley called me up in November 2015 and asked if I’d be interested in a position on a new program he was creating for the 2016 season. Of course, I said yes and having only been to two World Cups prior to this it was my dream to follow the circuit. Many emails later and I signed a 1-year contract. When I found out Aaron Gwin was riding on the program I was nervous! I mean I had relatively minimal experience and I was going to be working with one of the best mountain bikers of all time. 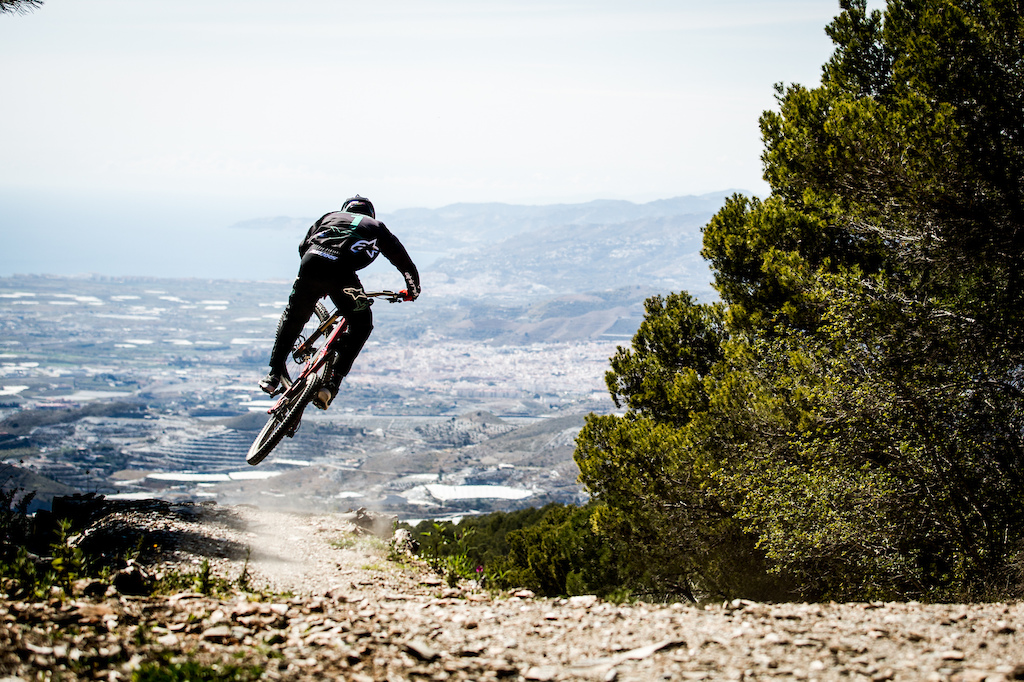 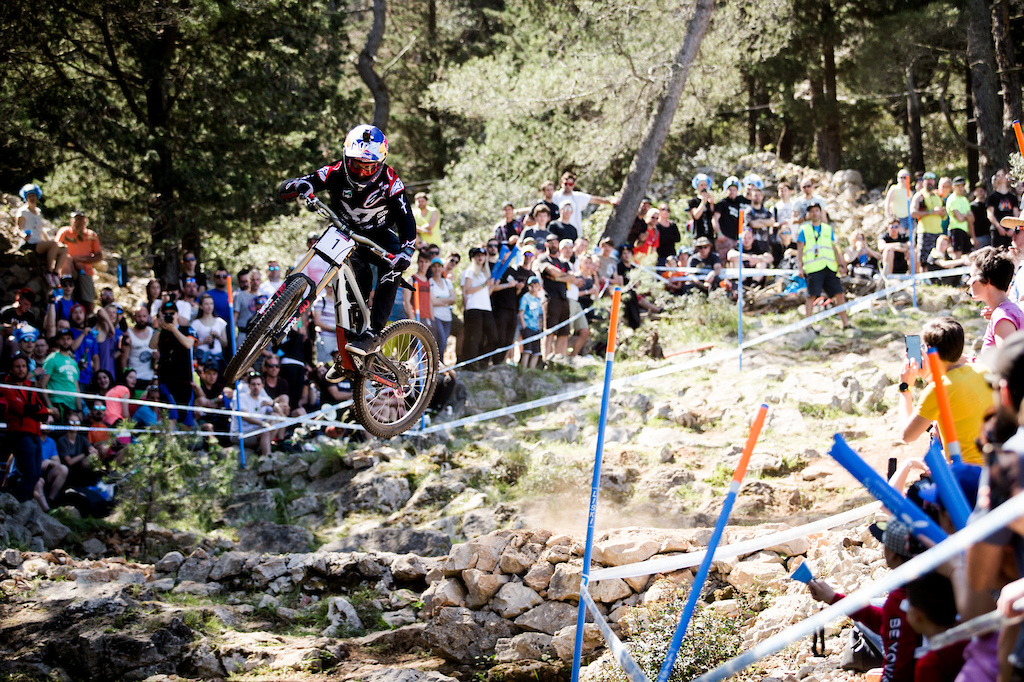 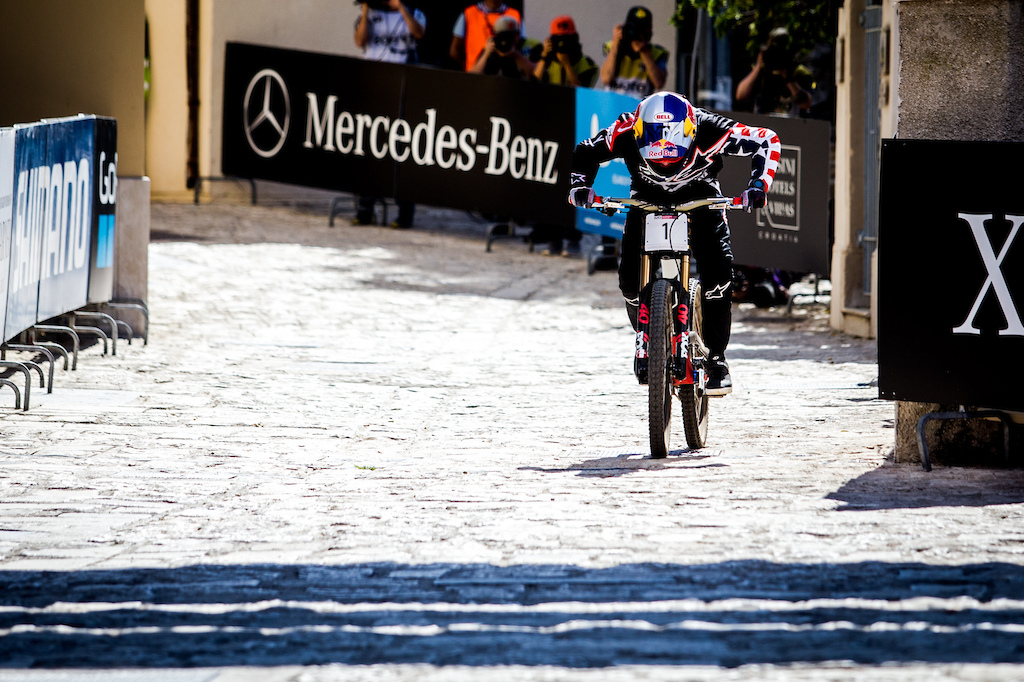 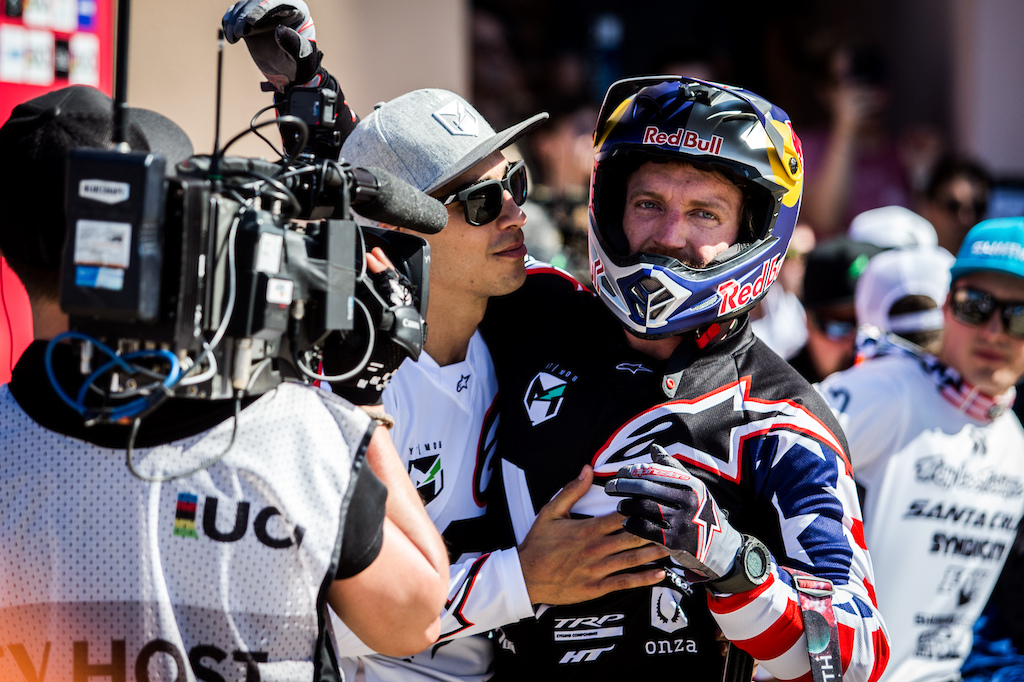 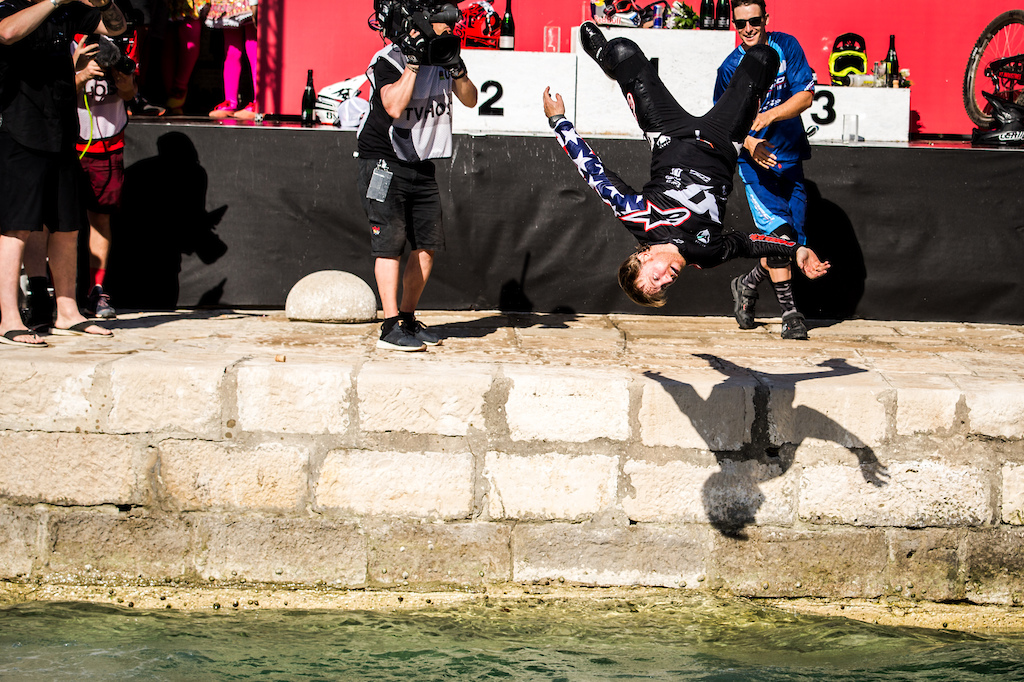 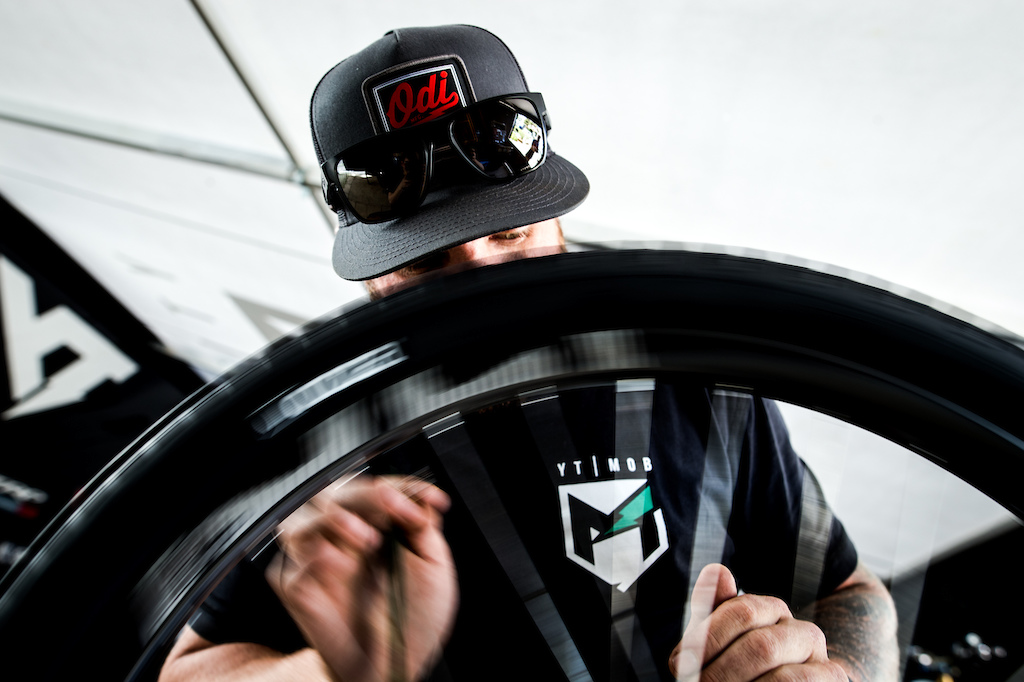 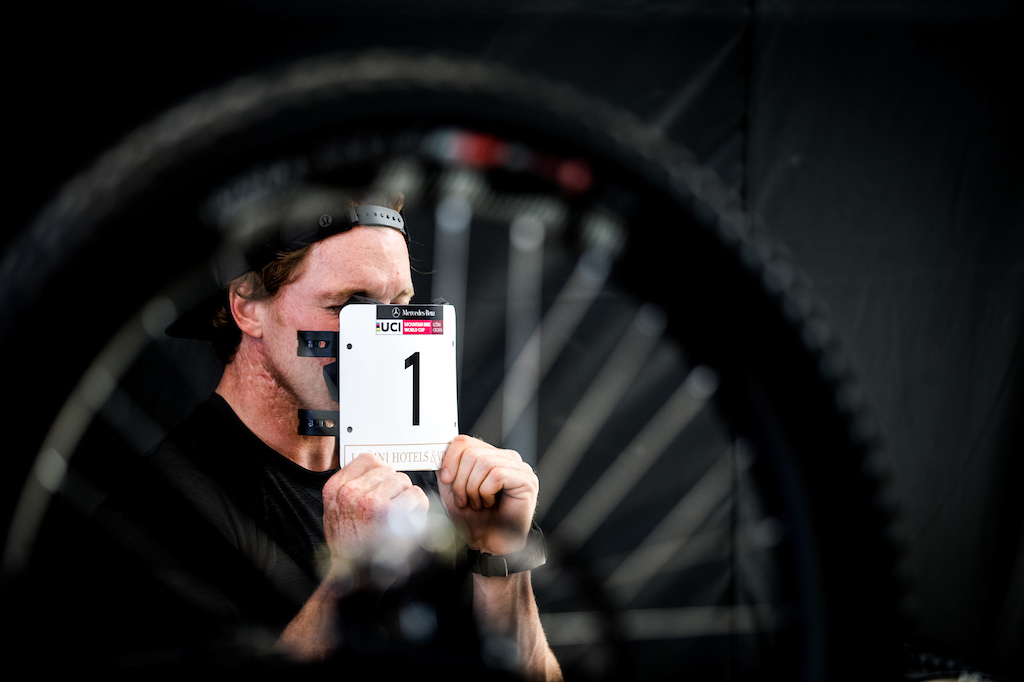 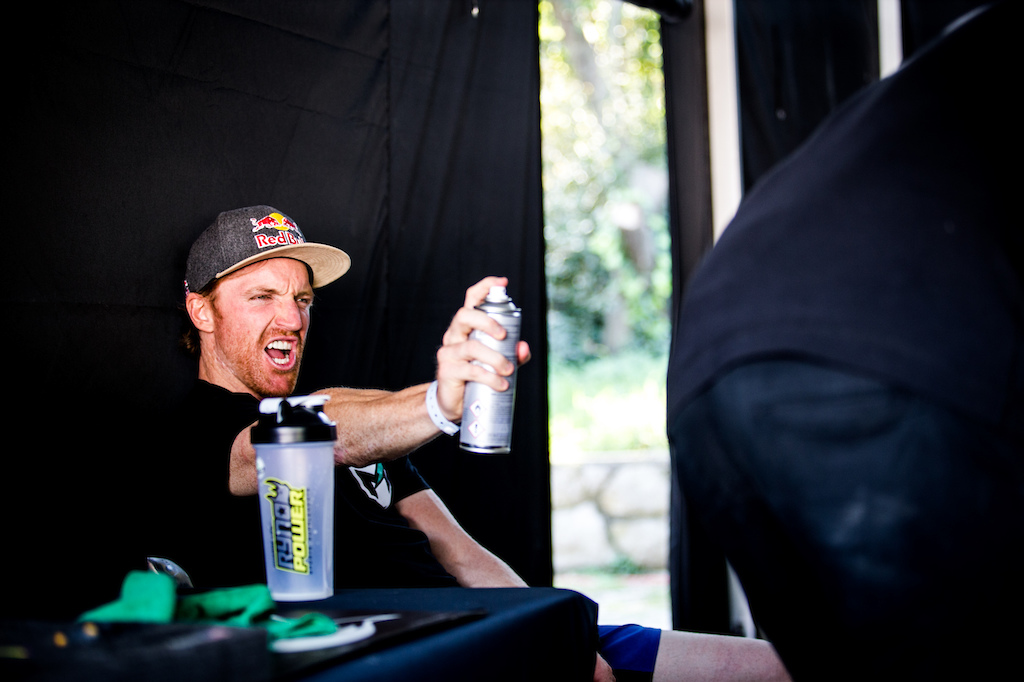 What’s the most enjoyable project you’ve worked on?

The project I’m currently working on, covering The YT Mob for the past two and a half years has been a blast. It’s been challenging yet rewarding. I’ve been to some epic locations across the globe whilst documenting the daily happenings of all three YT Mob riders and forming friendships in places I’d never heard of before.

What kind of cameras do you use? What lenses? Is there any other gear that you use frequently?

With technology changing so rapidly nowadays, how does this affect the equipment you use?

These days, the majority of photos are being viewed on a phone screen which makes pixels irrelevant most of the time in the MTB industry. Therefore new technology is a desire and not a necessity. Of course it helps your workflow if you have the latest technology but it's not always the wisest investment. I think it’s better to be able to tell a compelling story through your photos rather than have a technically perfect photo. 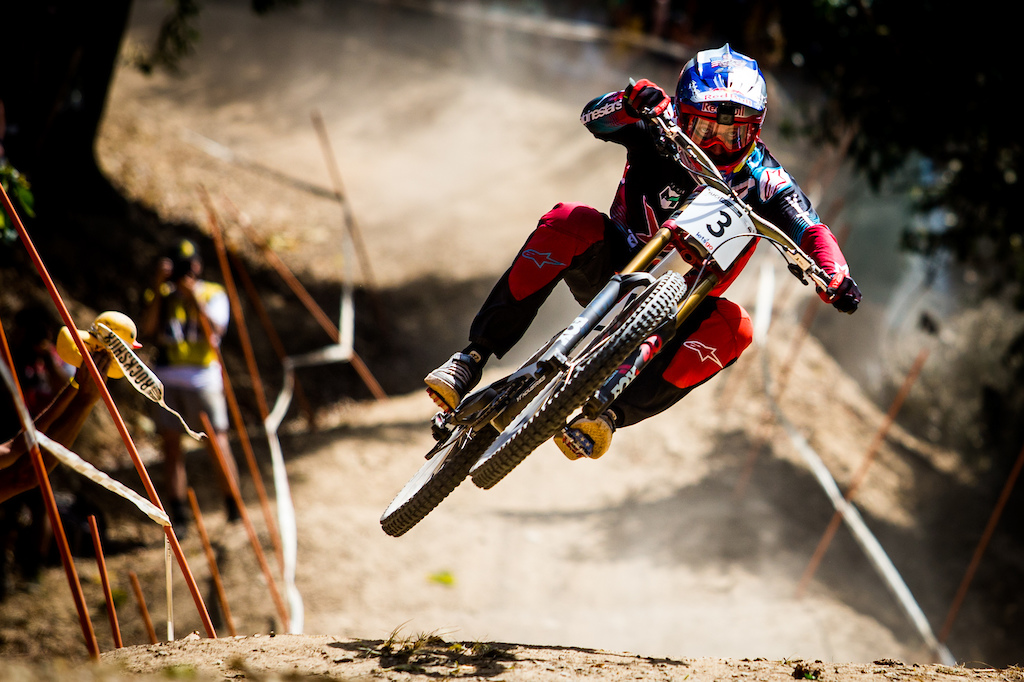 What photo are you most proud of and why?

The one you've probably seen a thousand times by now. We were in Cairns for World Champs, it was the day before the big race of the year. I decided to leave this jump as late in the week as I could so I would have the freedom to move around in the photo zone without there being loads of photographers. I wasn't expecting any style from AG, but he made the photo what it is. I recall seeing Nathan Hughes a mere 5 minutes after taking the shot when I showed him the RAW file on my camera and he said, “that’s your front cover image”.

Which photographers do you admire?

What do you like to do in your spare time?

Ride bikes, drink beer and I’m partial to a G&T every now and then. 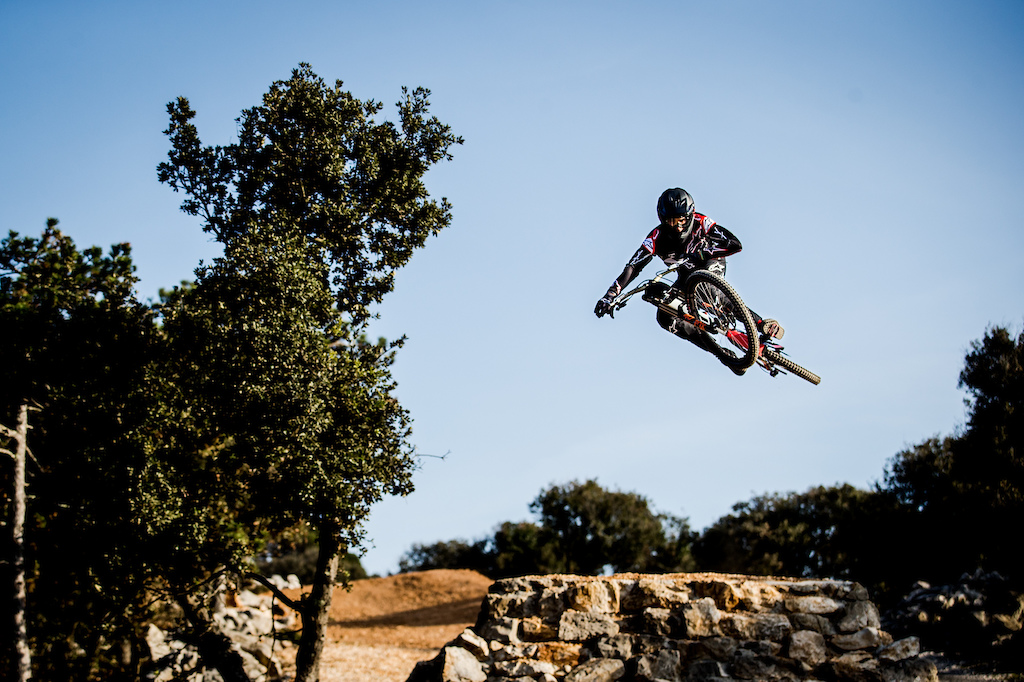 What advice would you pass on to aspiring photographers?

Network with people, you are your brand. That first impression when talking to a brand/team/rider is crucial. You could take the most epic picture but if you have no relationships how are you going to sell it? 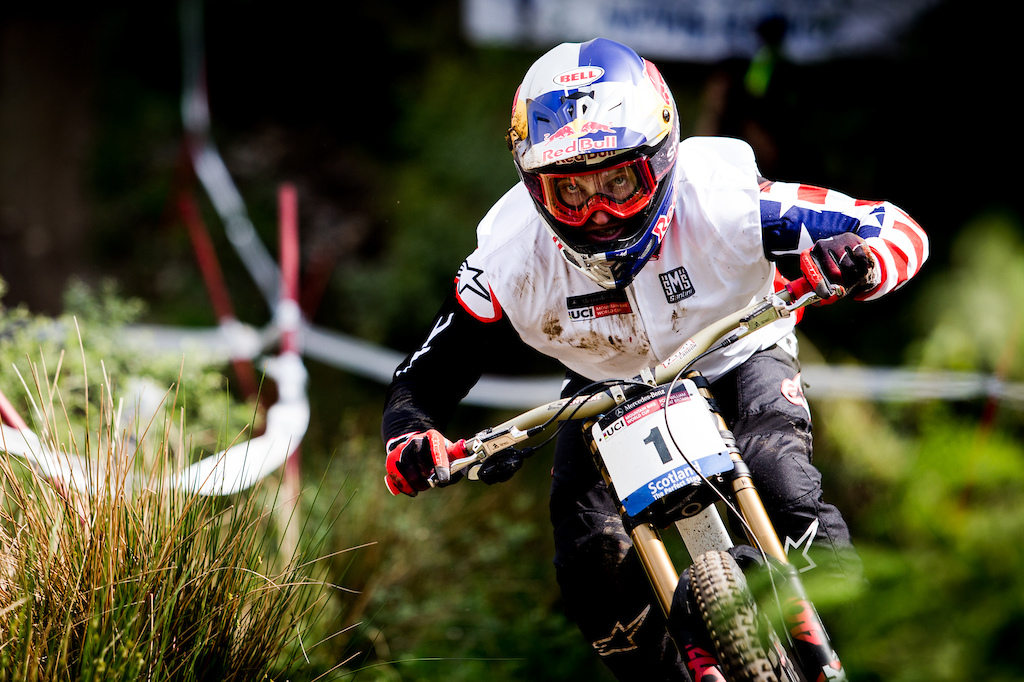 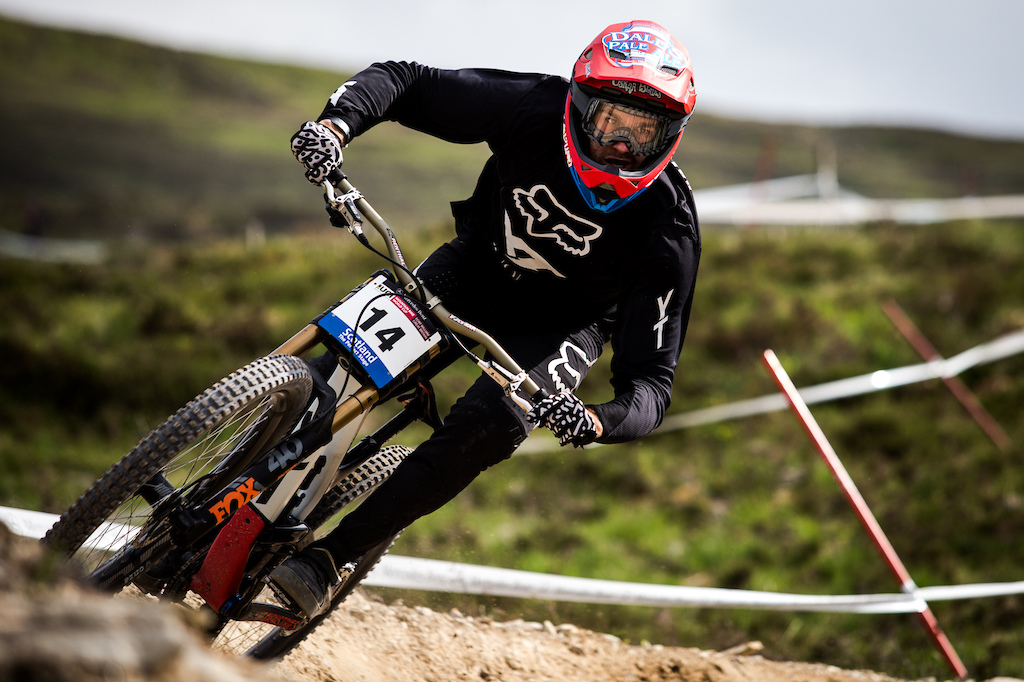 Goals for the future? 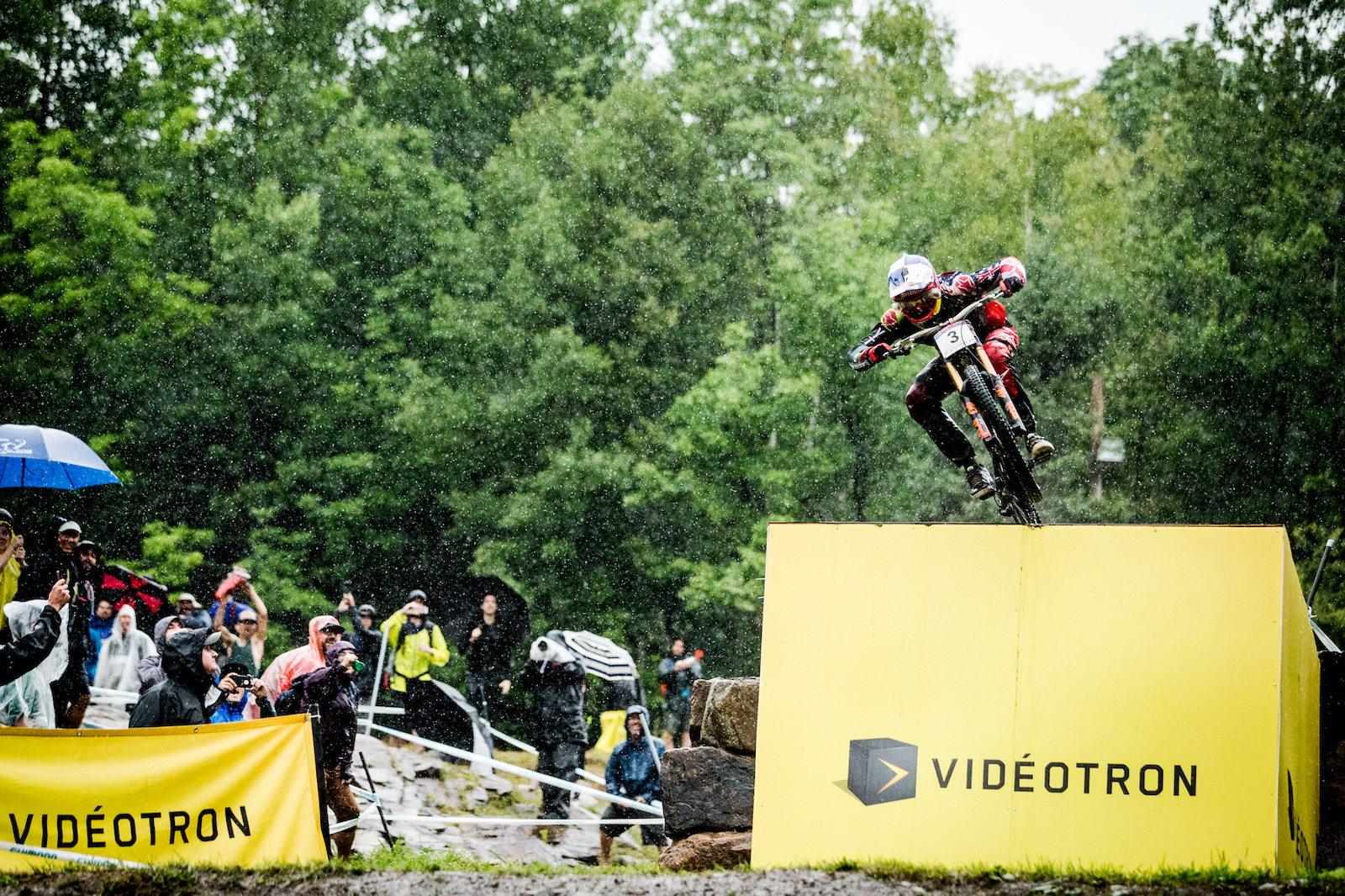 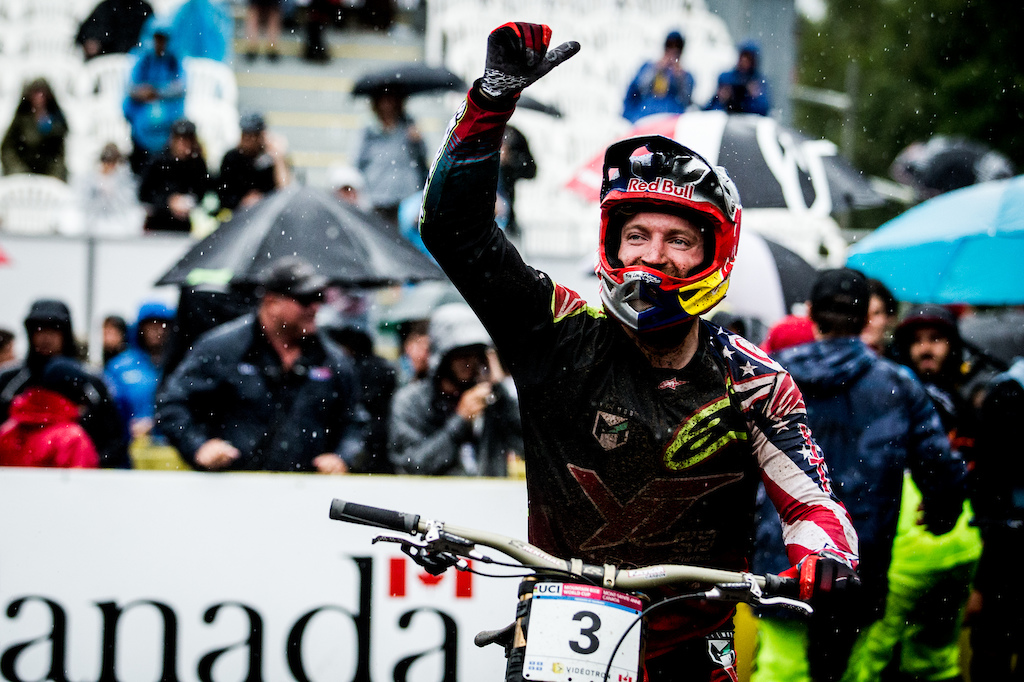 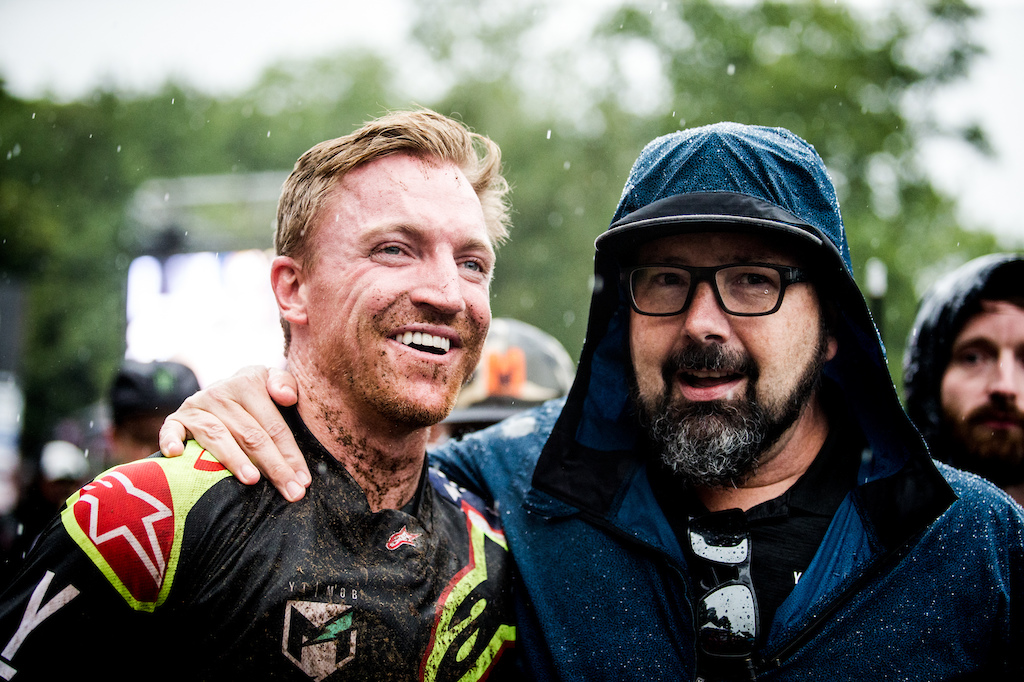 Is there anything else we should know about you?

Photography is 50% of my work, beyond the lens I’m often found hot-desking at your local coffee shop whilst designing websites or managing social media channels for brands in the cycling industry.

I want to thank Martin Whiteley for believing in me, my family particularly my Dad, Grandma (mountain bike's biggest fan) and my girlfriend for supporting me along the way.

To see more of my work or to follow me on my adventures around the world check out my Instagram.

Posted In:
Interviews Behind The Lens Isac Paddock

russthedog (Jul 21, 2018 at 1:56)
How some of those didn't get a cover is beyond me. I've seen that cairns photo dozens of times a d it still captivates me. So aggressive and so stylish! I can imagine ever being in that position on a bike.

IsacPaddockPhotography (Jul 22, 2018 at 3:26)
Unfortunately not mine, note the different jersey...

fedfox (Jul 21, 2018 at 18:46)
Great story!! better photographs, keep it up kid are going far. I love how you had the balls to introduced your self to Martin Whiteley, you open the door your self, inspiring..

captain23 (Jul 23, 2018 at 3:43)
Can't tell you how refreshing it is to have someone come up and introduce themselves personally at a race, and explain what it is that they do and why they do it. I get dozens of emails each month and while I can appreciate it's not easy to get to races or always find people like me for a chat, the value in being able to assess someone's work ethic and character face to face is irreplaceable. The day I met Isac, I had a good feeling about him and his abilities. He has never stopped impressing me, and my only fear is before too long, we as a sport will lose him to bigger horizons. Until then, he has a guarenteed home with 23 Degrees. Thanks for all you do Isac, this interview is well deserved!

Slabrung (Jul 21, 2018 at 13:38)
Cool stuff! @pinkbikeaudience can we have a similar interview with the above mentioned Nathan Hughes as well as the remaining photographers whose names I'm too lazy to type on my tablet but we all know those names by heart? Those guys are one of the reasons I come to Pinkbike.