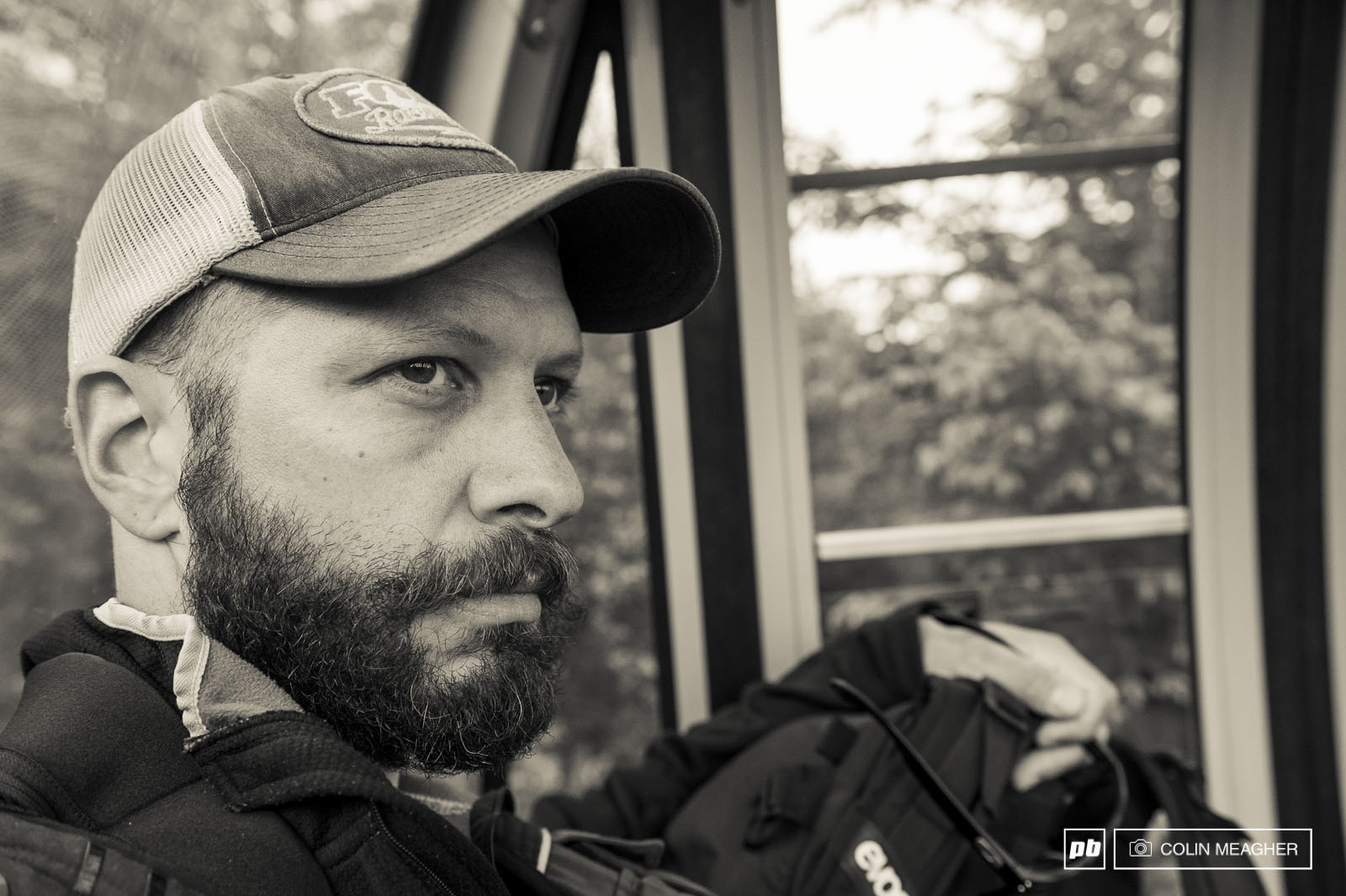 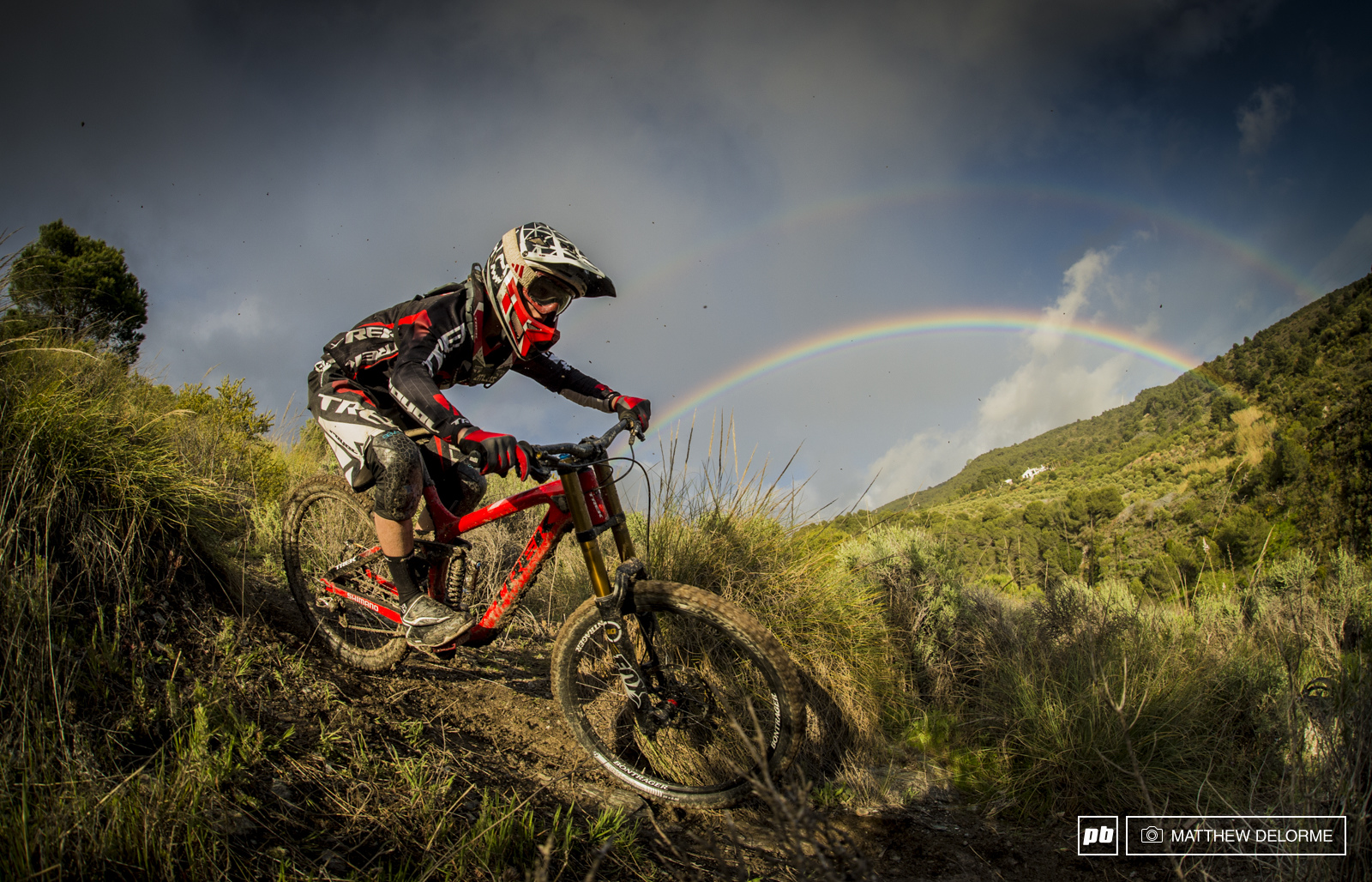 Tell us a bit about yourself:

I am 40, but I act and feel like I’m 12. I have two hometowns: Yarmouth, Maine is where I was born, and Vancouver, Washington is where I grew up. I currently live in Frederick, Maryland, but only for another few months. I like coffee (more specifically, espresso) to a near obsessive degree, racecars, art, cooking and food, beetles (the insect, I have a large collection of them), pretty much everything in the ocean except lampreys and dolphins, bikes, and most importantly, being outside. I hate ticks and leeches, big dislike there, and those fish that swim up your pee hole. Don’t want to meet one of those. I like golden hour, and I wish it lasted about five hours a day. 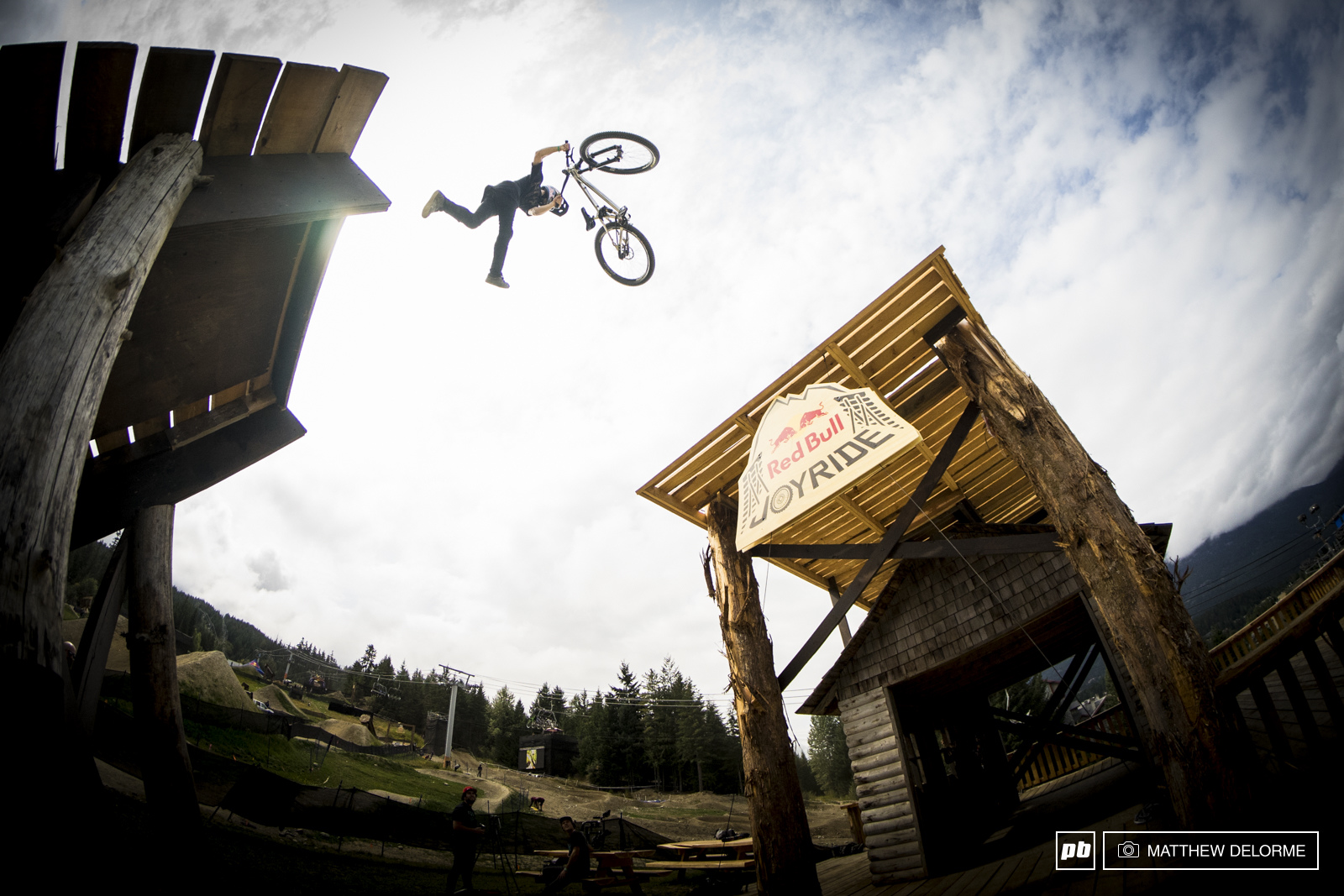 I’ve been shooting for about seven years. Shooting seriously for five. When I started, I wanted to be an underwater photographer, primarily because I had toyed with the idea of being a marine biologist to study sharks but hated the idea of that much school. I thought taking photos of things that could eat you was the next best thing. Things sort of evolved from there. I destroyed one of my shoulders becoming a proficient swimmer, and then realized that I would have to double the cost of my photo gear for underwater housings and scuba gear. So, I moved things over to landscapes, nature, and mountain biking. My first camera was a Nikon N90.

Were you self-taught or have you had any formal training?

I am entirely self-taught. I studied guys like Galen Rowell and Bill Curtsinger at first; I suppose they really helped shape my style.

How did you move from amateur to professional photographer/journalist?

It was by working my way up through local races and then into some national events. Repetition, finding out what works and what didn’t, and trying to perfect things. Then I started with Decline magazine, and worked my way up. 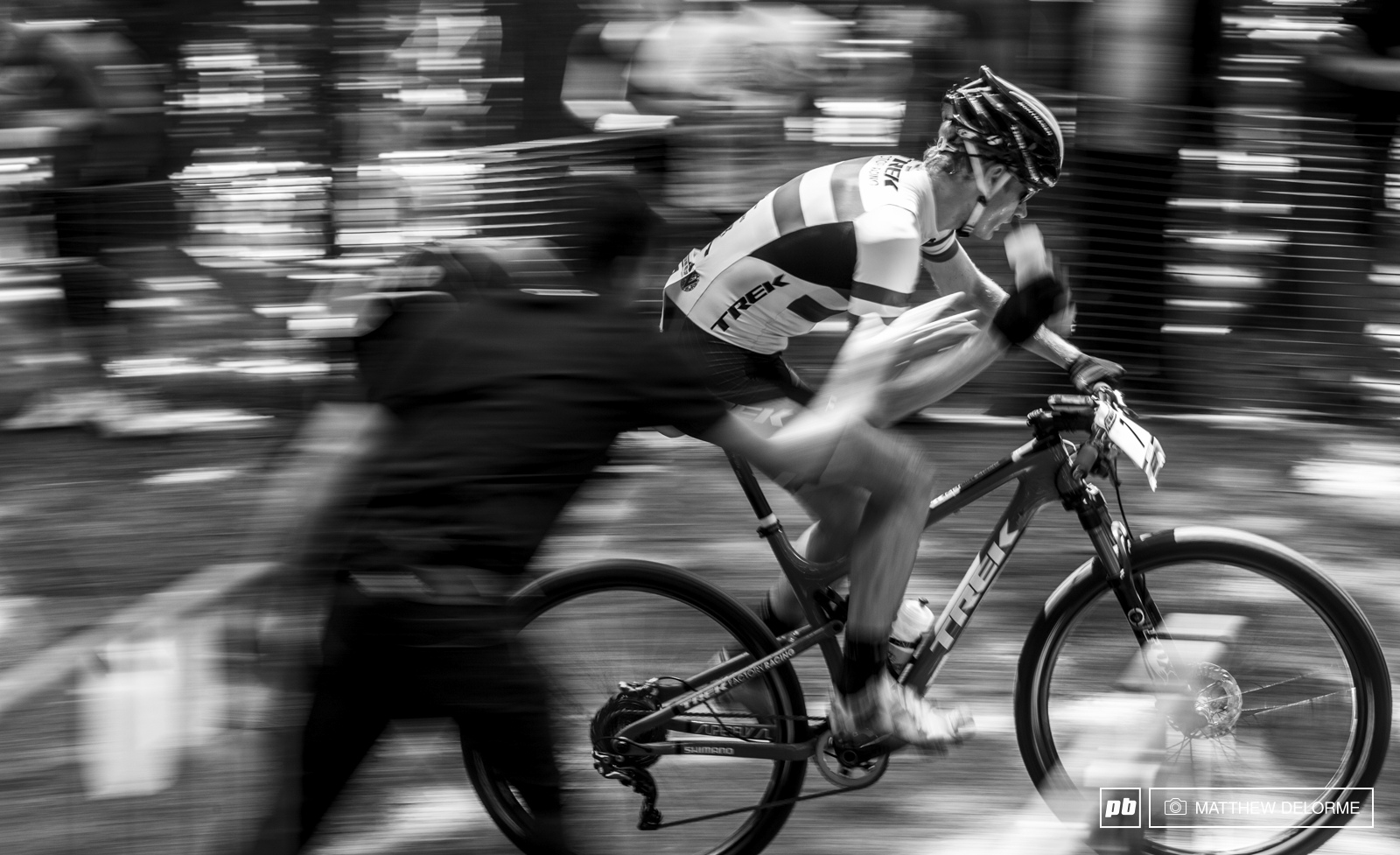 Was there a specific moment where you knew it was a job, and not a hobby?

Definitely. When I signed my first contract with Trek two years ago, and knew I could pay my bills. 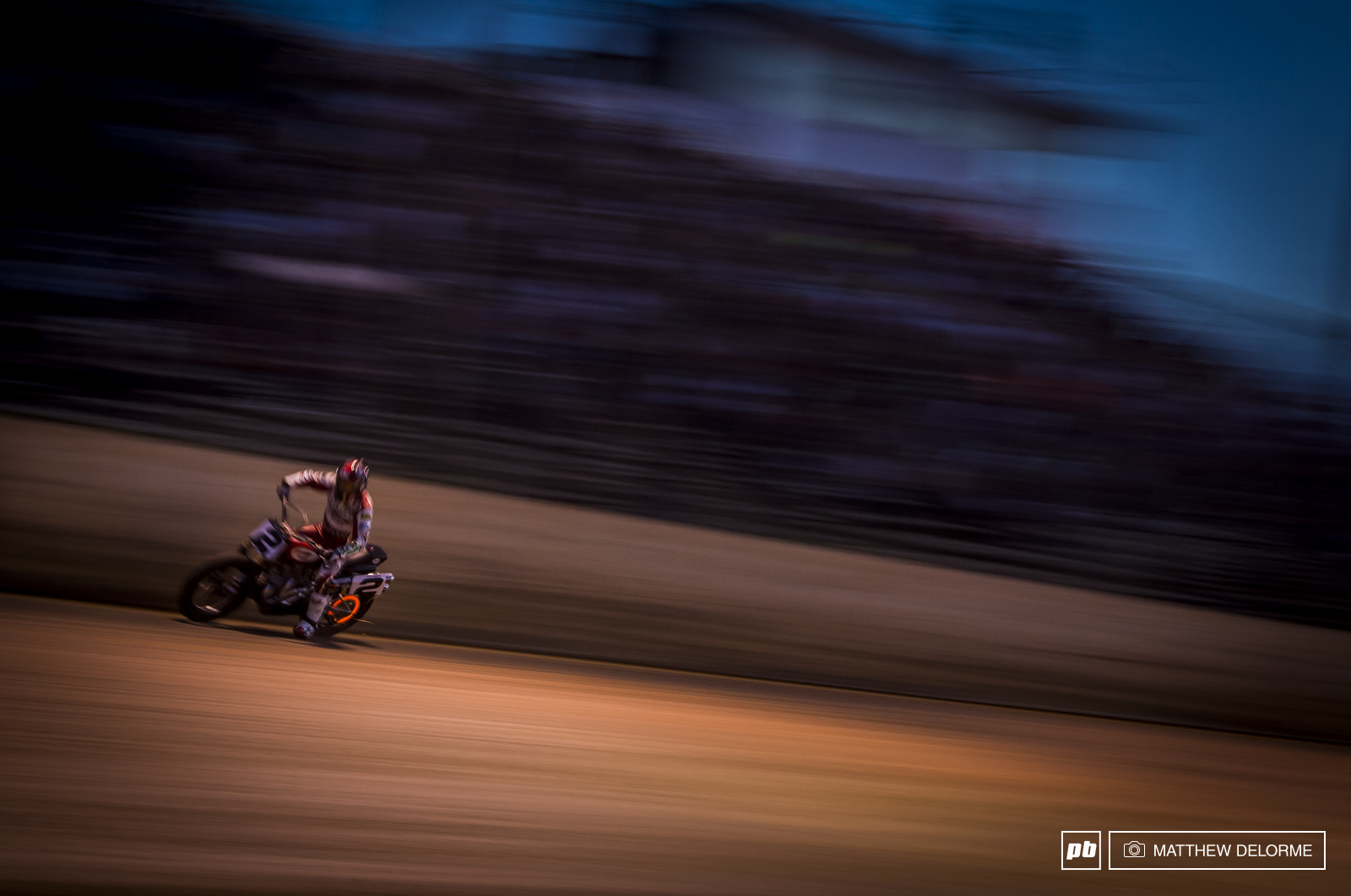 I love shooting landscapes and travel stuff, anything where you can melt into the environment and become part of it to capture a sense of place. I feel like my head is usually on a swivel when I travel, trying to soak up as many details as I can. I also like shooting endurance motorsport. As soon as I hear those cars downshifting into a corner, I take off running and giggling. 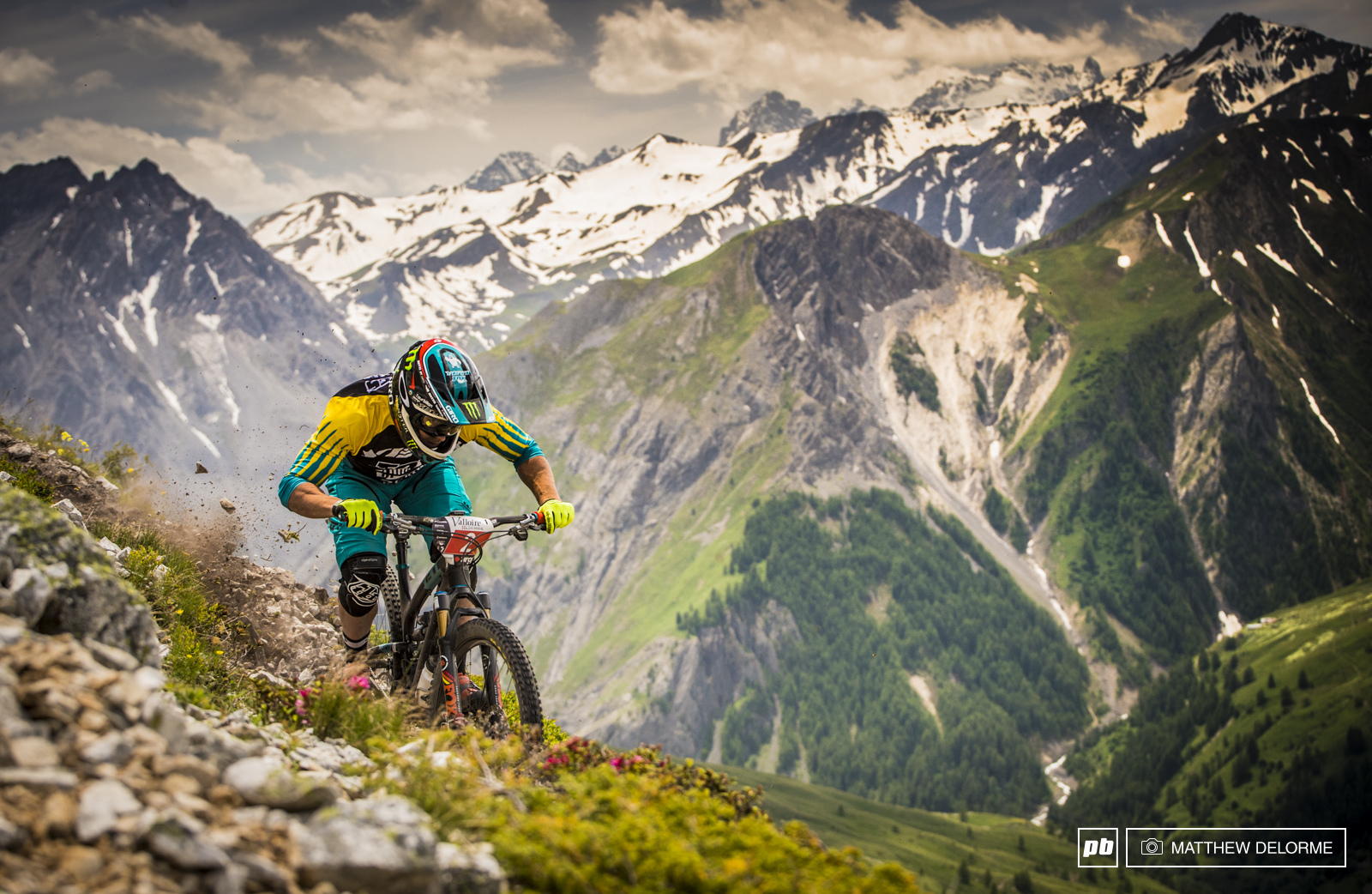 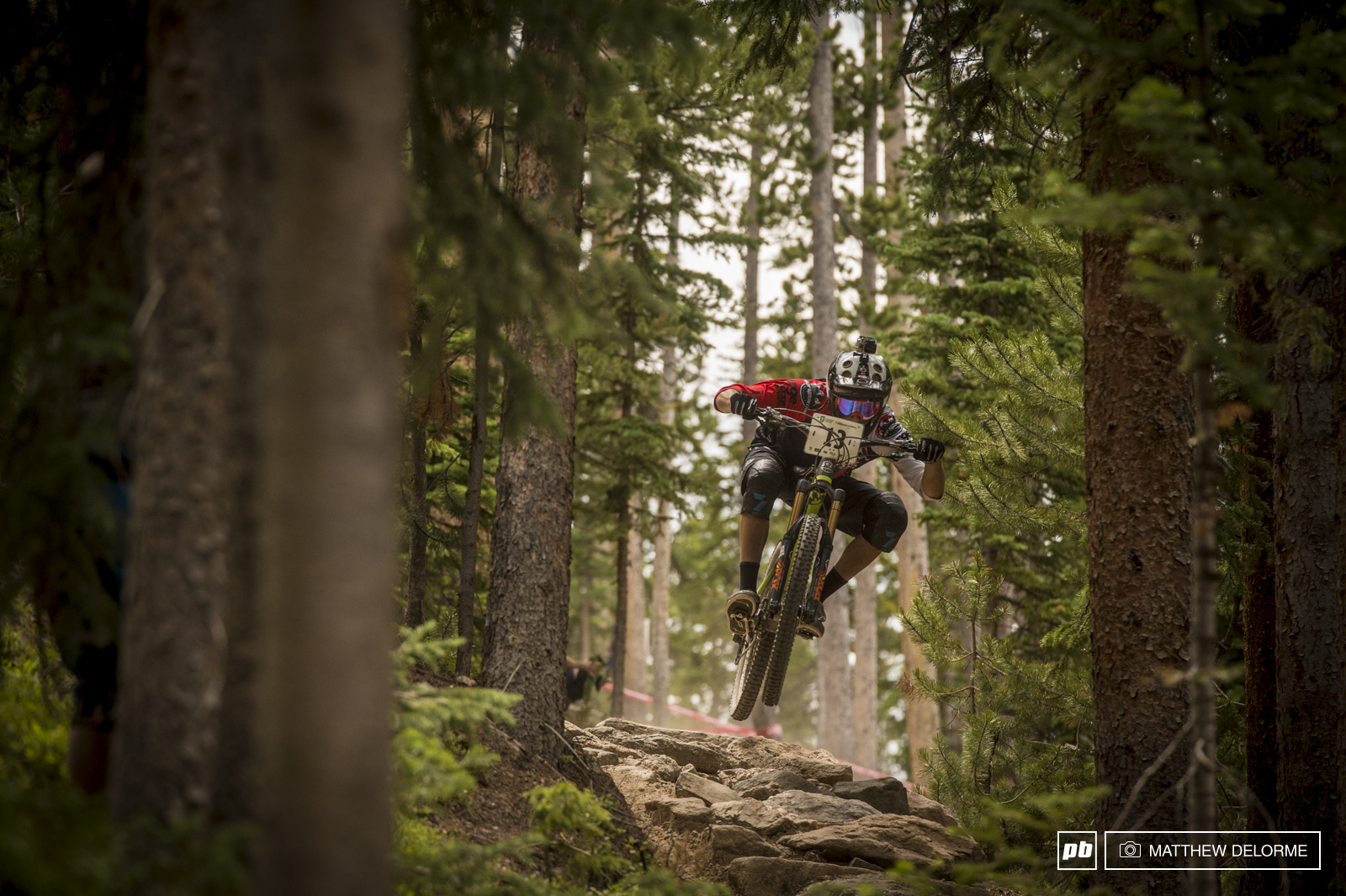 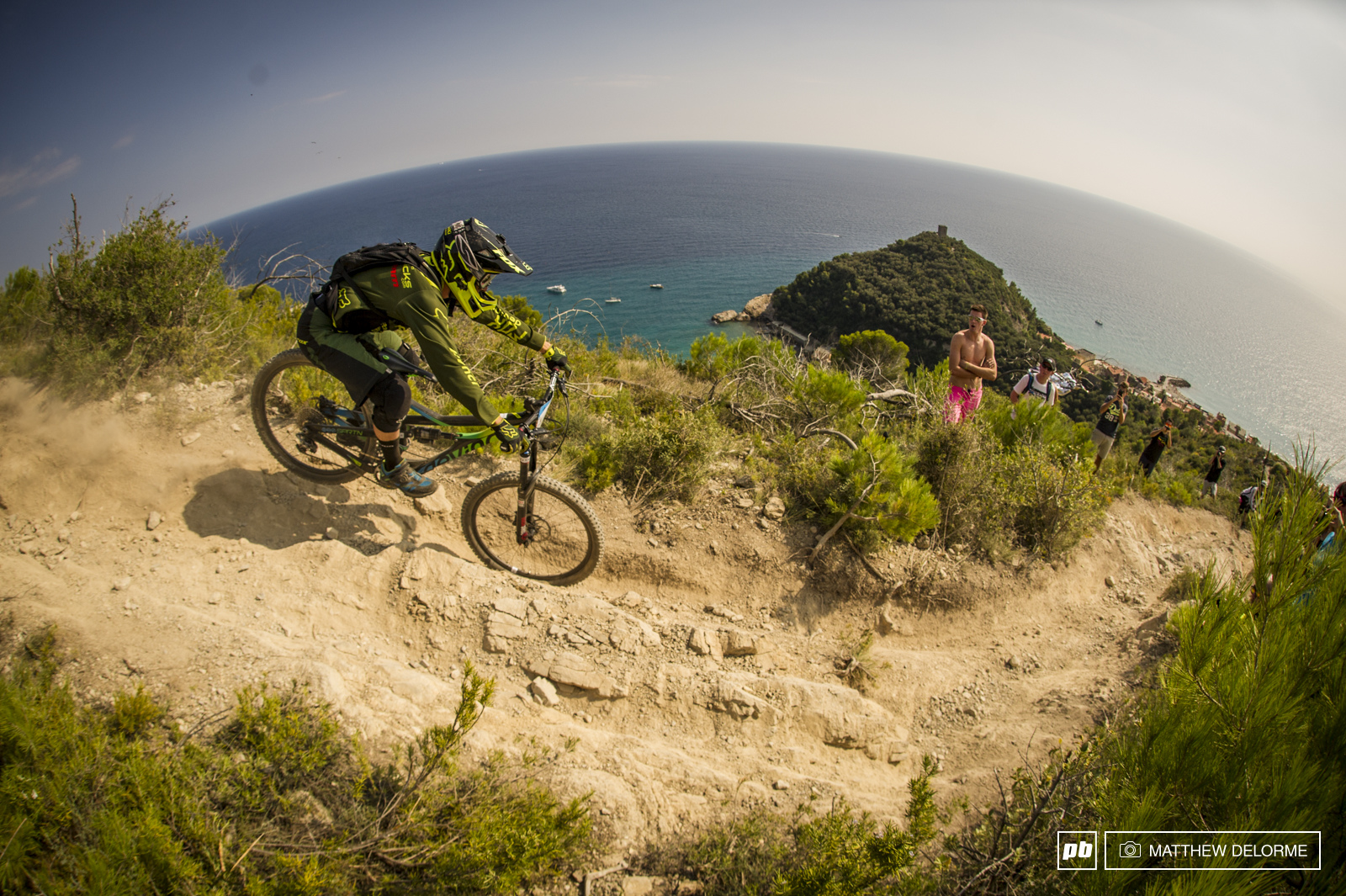 What is your favourite thing to shoot?

Probably EWS races. The locations are unreal, and you get to ride bikes all day and make photos with your friends. It doesn’t get much better than that.

You cover the World Cup circuit for Pinkbike with Dave Trumpore, Paris Gore, and Nathan Hughes. What does it take to document a race and complete a photo essay that same evening? What are the challenges of it?

It’s a long day. We are usually on track by 8:00 and then scour the pits for tidbits in the afternoons. We typically get done shooting around 5:00pm. Then we hover over our computers while we eat dinner, edit, and caption till about midnight or 1:00 a.m. Some of the biggest challenges are weather. You can’t control it and you have to be prepared. Keeping yourself and your gear dry while lying on the ground in the rain isn’t easy. Staying hydrated and fed are also challenges; sometimes when you are in a rhythm it’s easy to forget to eat, then you start to bonk. That’s not good. 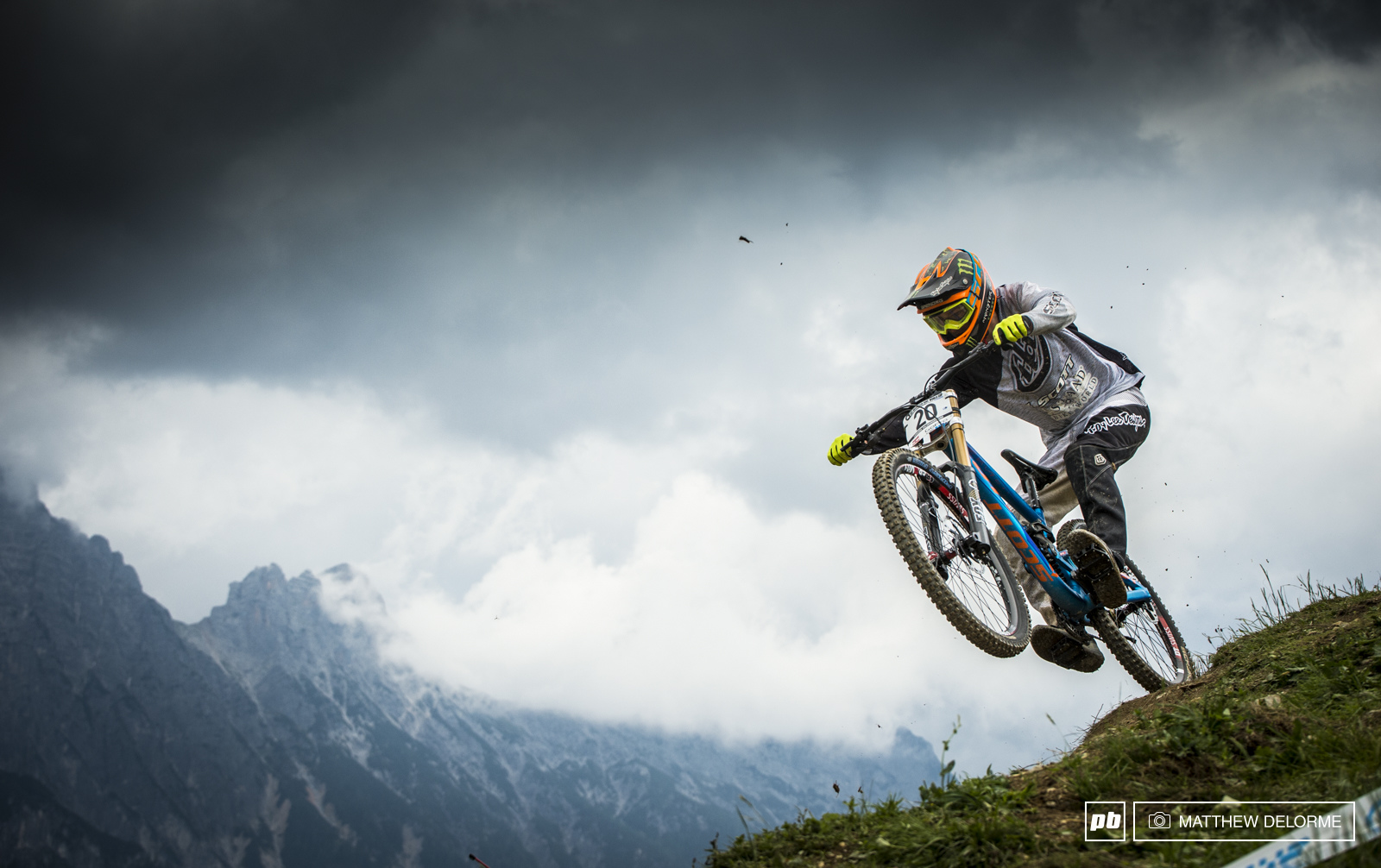 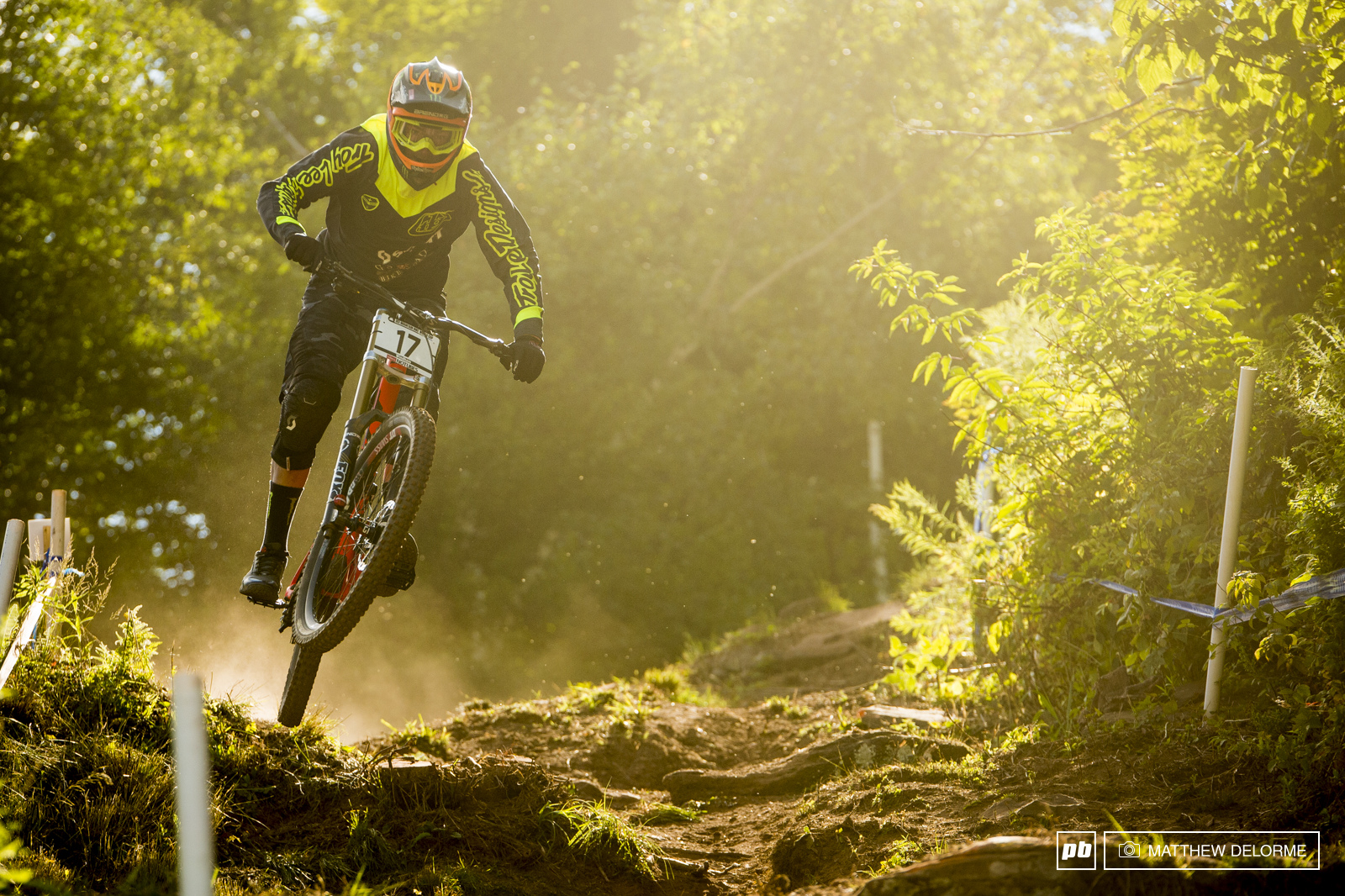 What’s the most enjoyable thing about being a World Cup photographer?

Witnessing some of the best racing on the planet. Hands down. Sure we are out there working hard, but we have seen first hand some of the greatest moments in MTB history. It’s an incredible thing to be a part of.

What’s the worst part about being a World Cup photographer?

The lack of sleep. 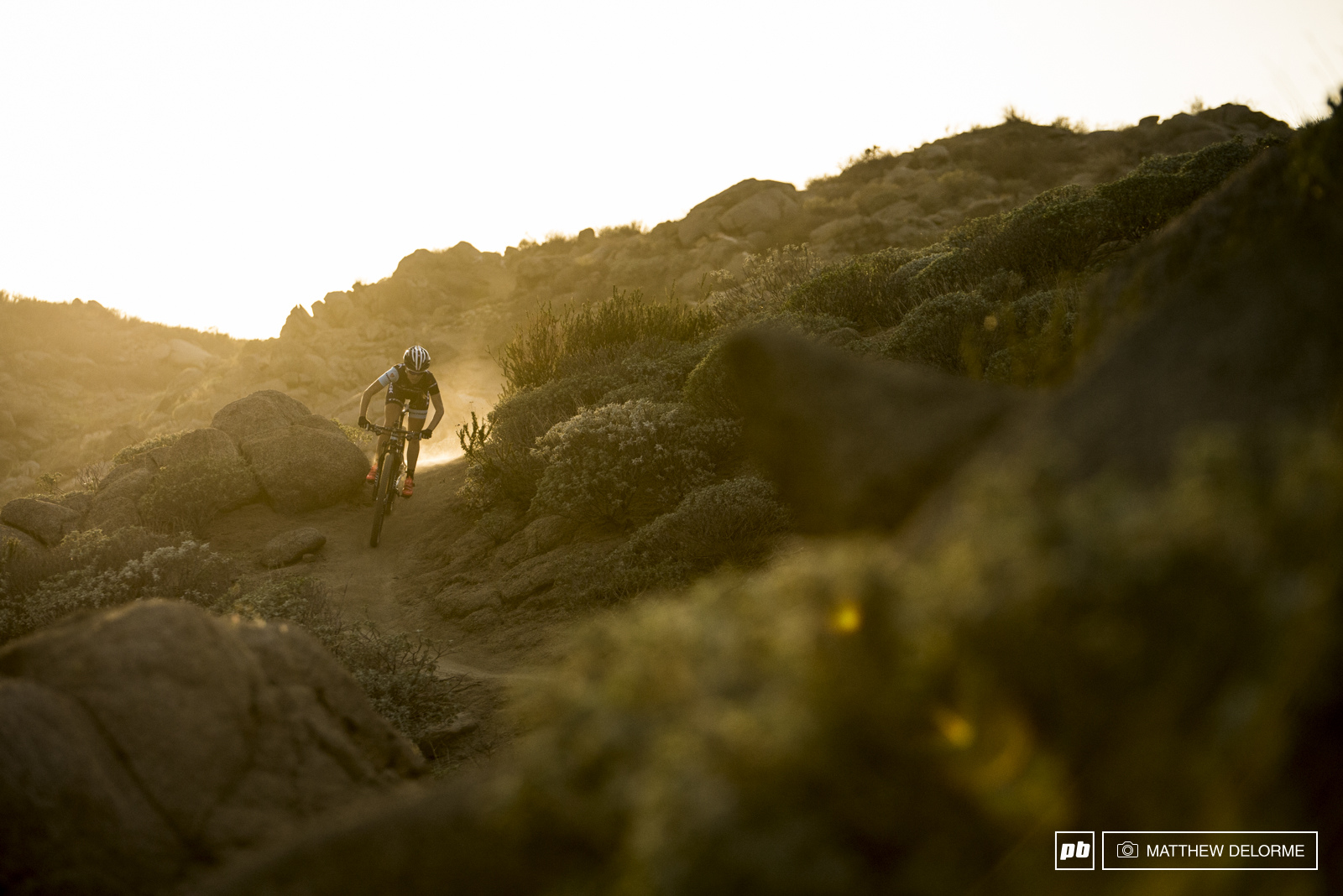 You’ve got a sweet gig shooting for Trek. How did that come about? What does that job entail?

Yeah, it’s really the best job in the world from my point of view. Ultimately, it started from my friendship with Neko Mulally and then Ray Waxham, one of the engineers at Trek. Things sort of evolved from there, and then two years ago I received an email asking if I was interested in being the World Cup photographer. We try to tell the story of racing, so it’s not just the race imagery itself, but everything that goes on behind the scenes. Those moments are often loaded with tension, excitement, exhaustion, and so many other emotions. I think to tell the story of World Cup racing, you need to be able to blend in with the team, be a part of the unit and be able to capture those moments without the riders being hyper aware of you. Like a ninja, I suppose. Outside of that, it’s getting images to both the XC and DH team managers for social media and to Trek at the end of every day, and then the full image galleries at the end of each race.

What kind of cameras do you use? What lenses? Is there any other gear that you use frequently?

I have been using Nikon equipment, a D3s and a D4, but this year I am switching to Sony. Their full-frame cameras weigh half as much as my Nikons do. For lenses, I am currently using a 70-200mm, 16-35mm, and an 8mm fisheye. I also have a cool Voightlander 40mm f1.4 for my Sony that is fun to play with. 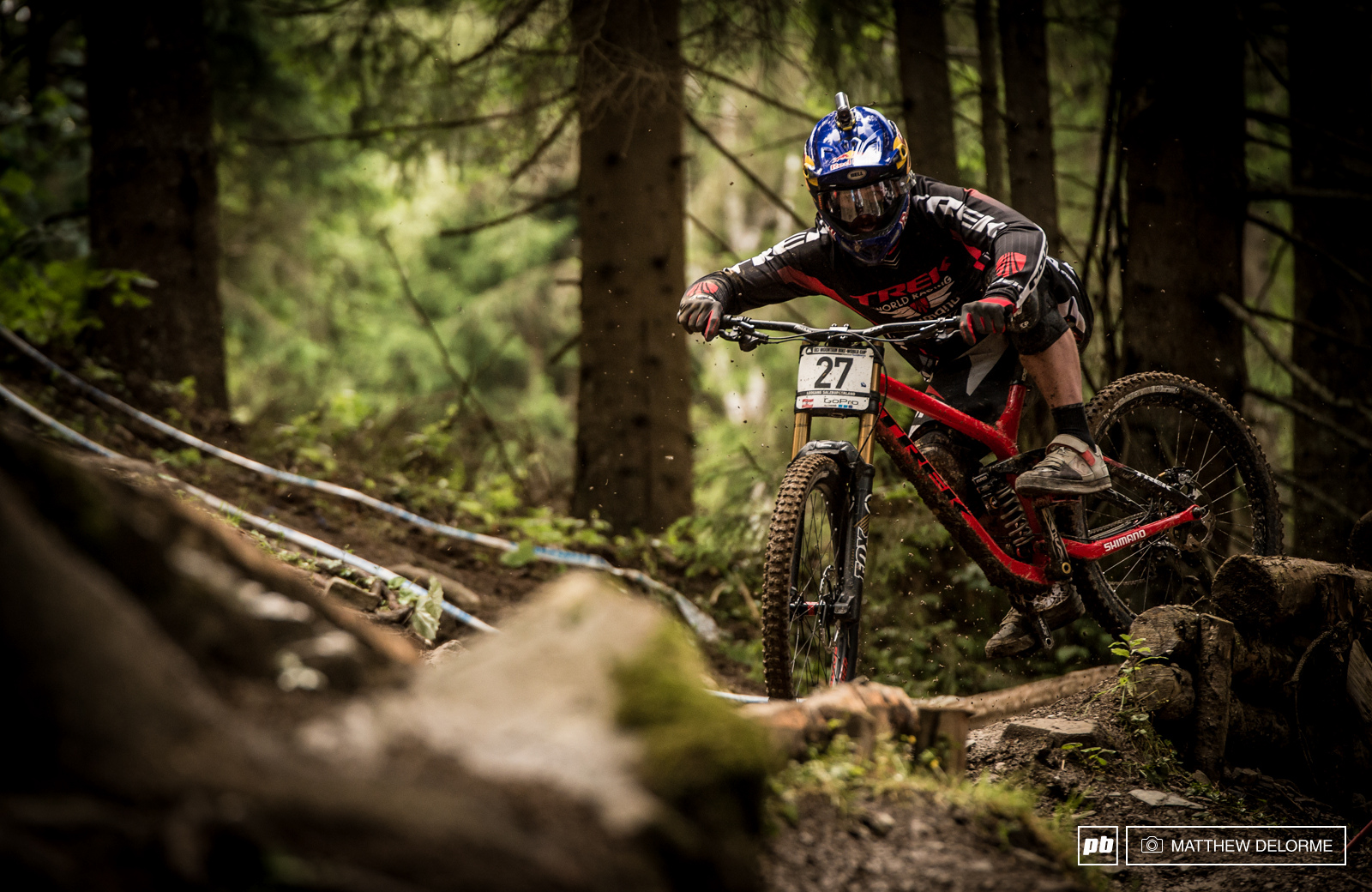 What photo are you most proud of? Why?

That’s a tough one. It’s funny, I kind of look at the moment that you download images like Christmas. You know you got some rad stuff in there, but it’s not until you get them on the big screen that you see just what you came up with. There are often little gems in there you may have forgotten about over the course of the day. It’s even more difficult to put your finger on that “one” when you have 40,000 selects in your library. Right now though, it may be the one of Brook at Leogang getting sideways in the woods where we were all convinced he was going to die at least six times after that. I was one of the best things I saw all season. There is also one of alpine glow on Mount Washington in New Hampshire that I took some years back. That one because it was -15 degrees out and my fingers felt like ice blocks, and we got up at 3 a.m. to hike up and catch the light.

Which photographers do you admire?

Sven Martin and Gary Perkin surely top that list. I always studied their photos when I first started shooting MTB, and I still do. They are like our World Cup media-squid-tribe-godfathers. Others would be Colin Meagher, Duncan Philpot, Dave Trumpore, and Paris Gore. I enjoy working with them immensely, and have much respect for their work. 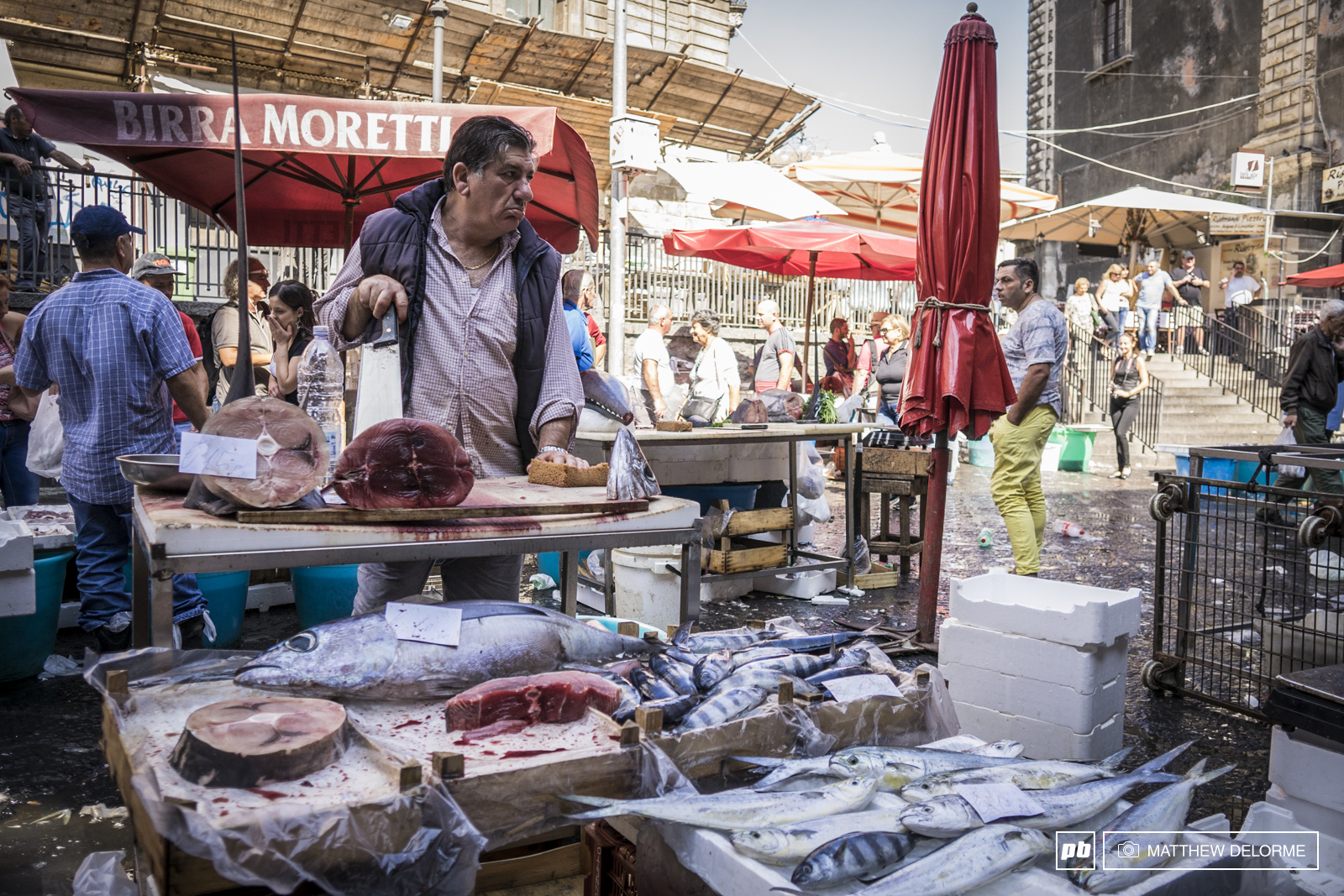 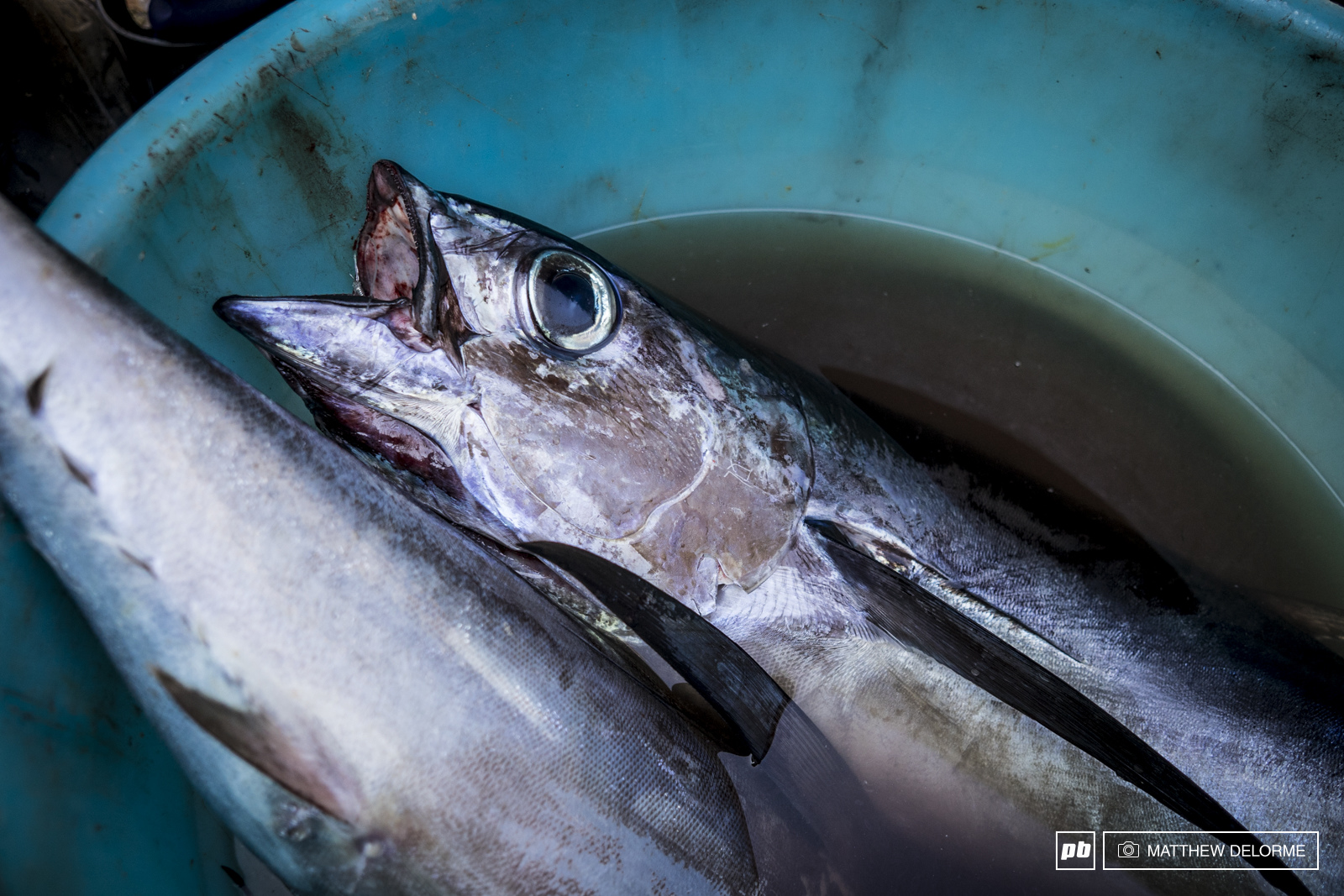 What advice would you pass on to aspiring photographers?

When things aren’t looking right, and shit doesn’t seem to be going the way you want, take a step back. Take a deep breath, clear your head, and start over. Creativity doesn’t flow well from a cluttered mind. I still have to heed that advice. Everyone has off days, it happens. I’ve found that to be the best way to deal with it. 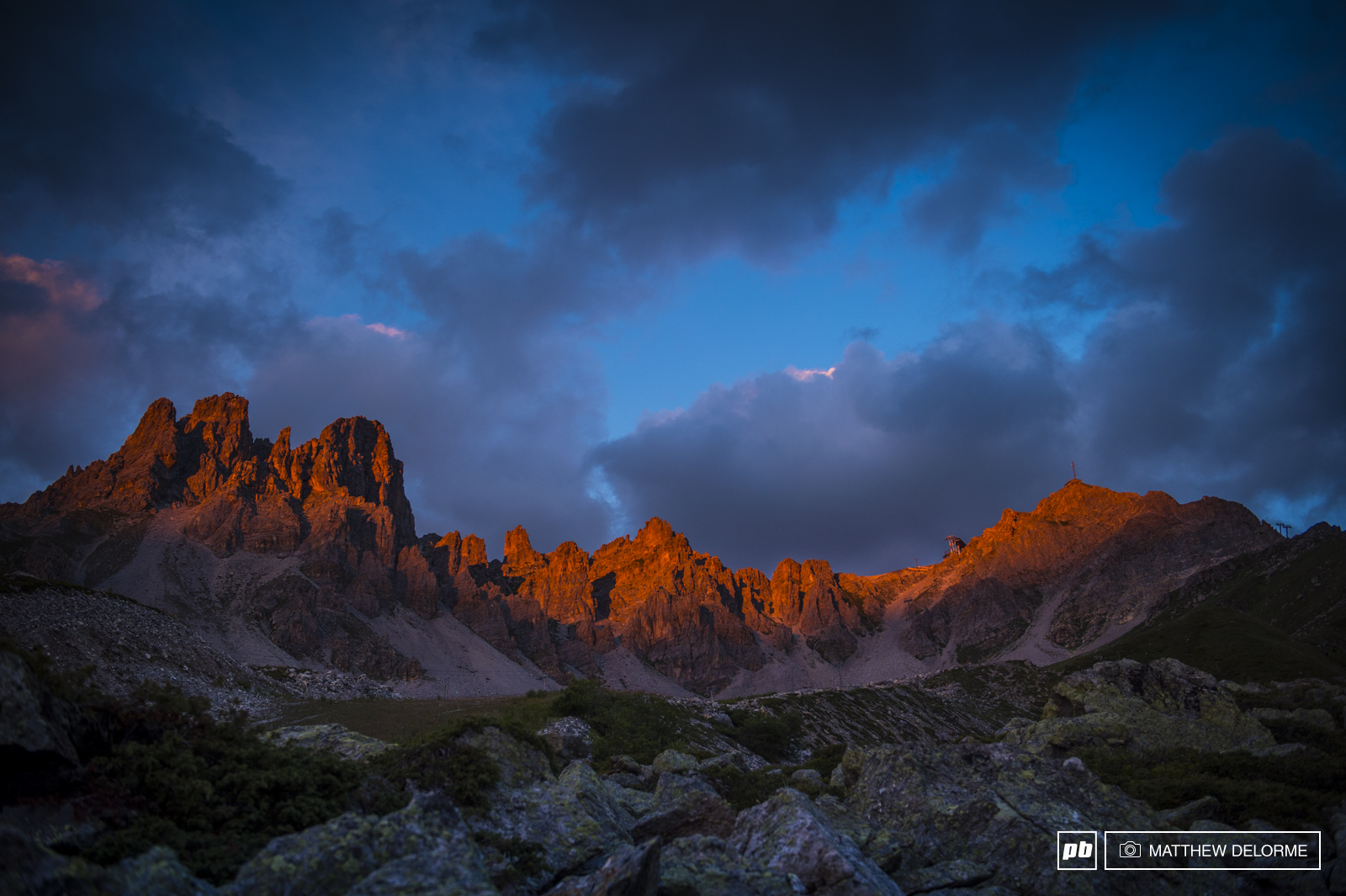 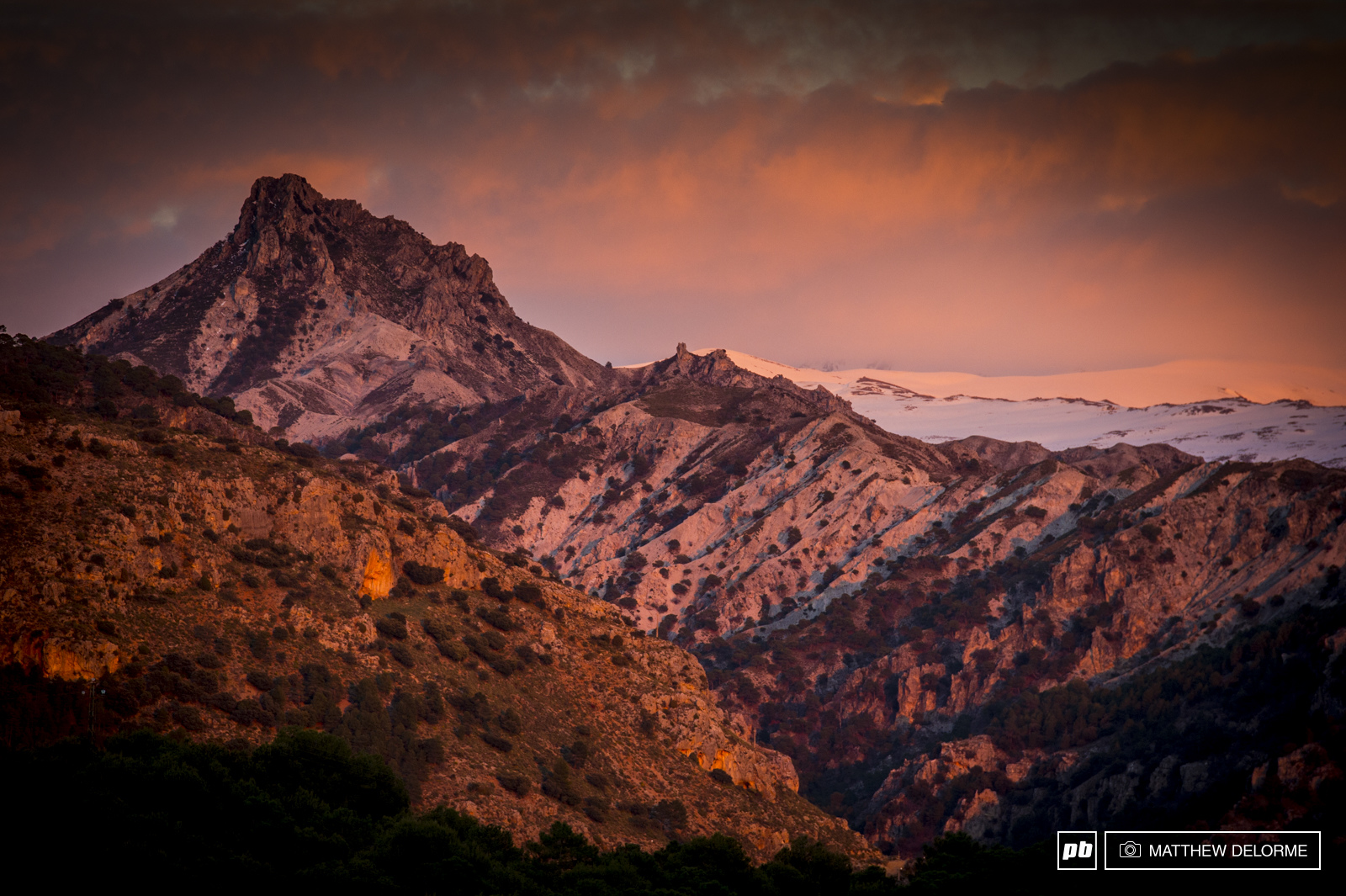 Who are some of the clients you’ve worked with?

Is there anything else we should know about you?

I’ve got a rather twisted sense of humor, and some might say that I’m a touch hyper active. My brain is a trap for annoying songs and other useless information. I also don't like having my picture taken. 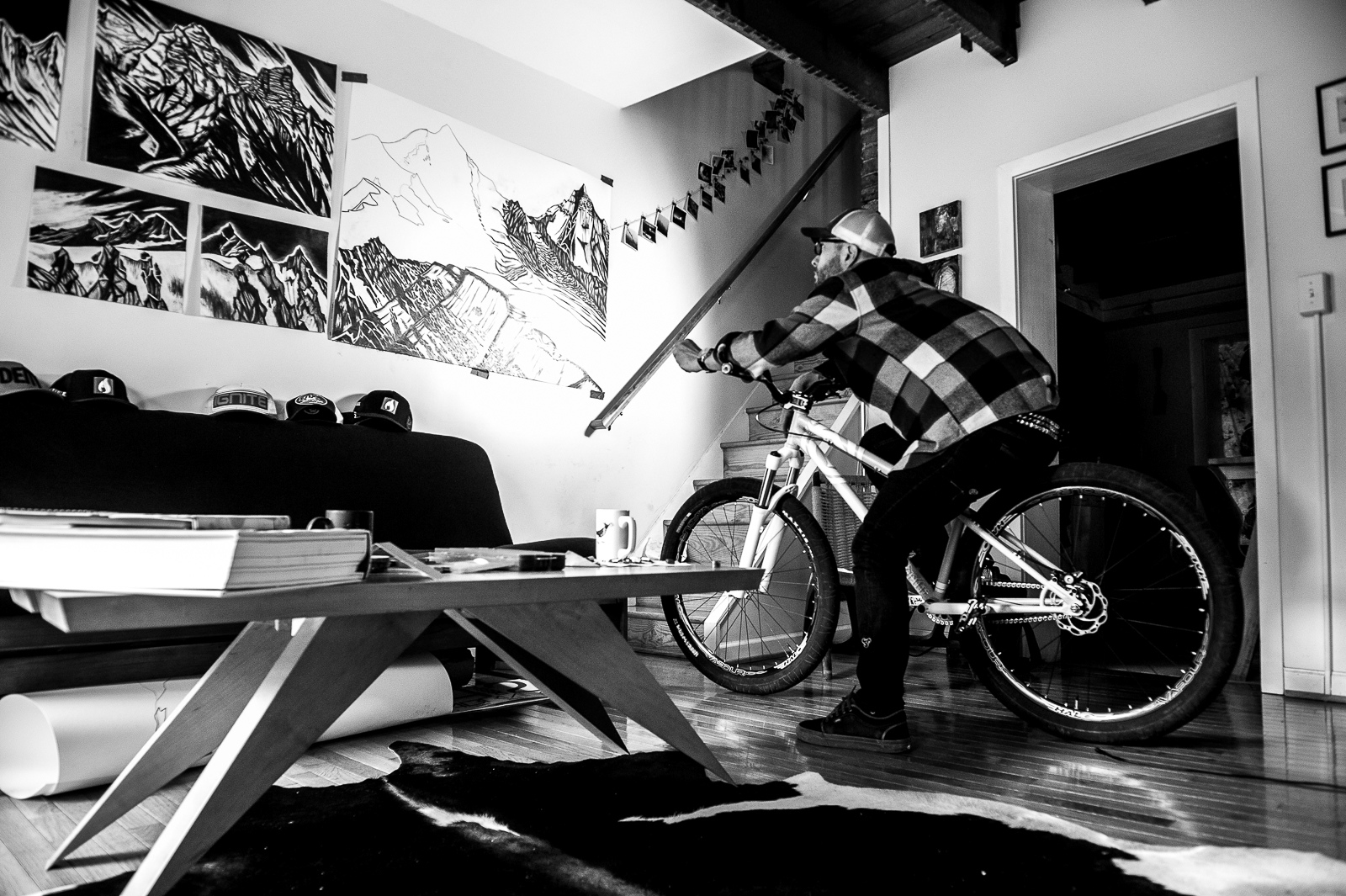 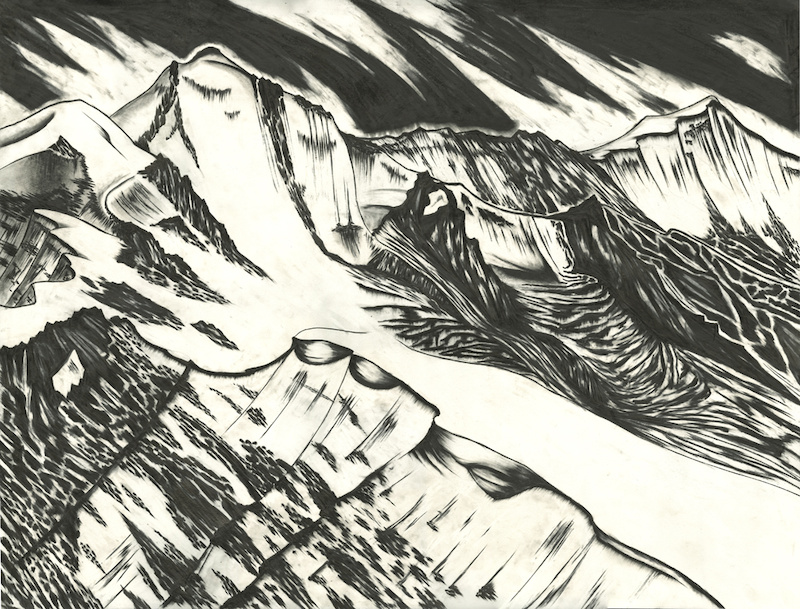 Lilrumple (Feb 12, 2015 at 1:07)
this format for these articles are the best thing to happen to PB. good work, looking forward to this racing season.

Monarch87 (Feb 12, 2015 at 7:00)
Great to hear a pro is using Sony stuff in the future. Will you use mirrorless cameras or will you use also a mirrored camera like the a99 or a77?
Sorry for the question, but Iam a tech geek and also using Sony equipment.

mtbvt (Feb 12, 2015 at 5:45)
Matty, it has beed awesome to watch you come into your own as a photog. Your skills have shot through the roof, you've earned the opportunity to take on fantastic assignments in the industry, and you are getting the recognition you deserve. Cheers buddy - Thibault

jtorlando25 (Feb 12, 2015 at 9:34)
3 years ago after separating my shoulder at Mountain Creek, I chilled with Matt for a bit at my buddy's Sprinter. I got to sample some of the delicousness that came out of his vegan packed cooler and we discussed our love of socks and coffee. Thought he was one of the coolest dudes I've ever met. Now I see him regularly blowing up PB with his shots. So dope.

Eastern-States-Cup (Feb 12, 2015 at 7:01)
It is great to work with Matt anytime he comes to our events. His passion stands above everyone else.

brownpowbomber (Feb 12, 2015 at 21:57)
Coolbeth rocks. Rode my hog down to Sacramento from Tacoma the last four years to watch the flat trakers......AWESOME......90+ mph sideways through a corner with one foot on the ground....those guys got balls.

TBrandt (Feb 12, 2015 at 7:59)
It's easy to get starry-eyed looking at all these pretty pictures and forget just how hard photographers work to put these images together for us. Fantastic work Matt!

Is that a baby Orcas head on the table behind the Italian butcher....?

longlivechainsaw69 (Feb 13, 2015 at 9:00)
great photos great photographer, although i have doubts about his sanity sometimes. lmao