by gee-milner
Views: 1,211    Faves: 4    Comments: 5
Putting the focus back on riding is something that needs more championing, especially during Eurobikemania and all the photos of shiny bits of metal and plastic. So when Bell Helmets set up a Bell Ride Free day in Hamsterley Forest in the north of the UK they were inundated with signups. 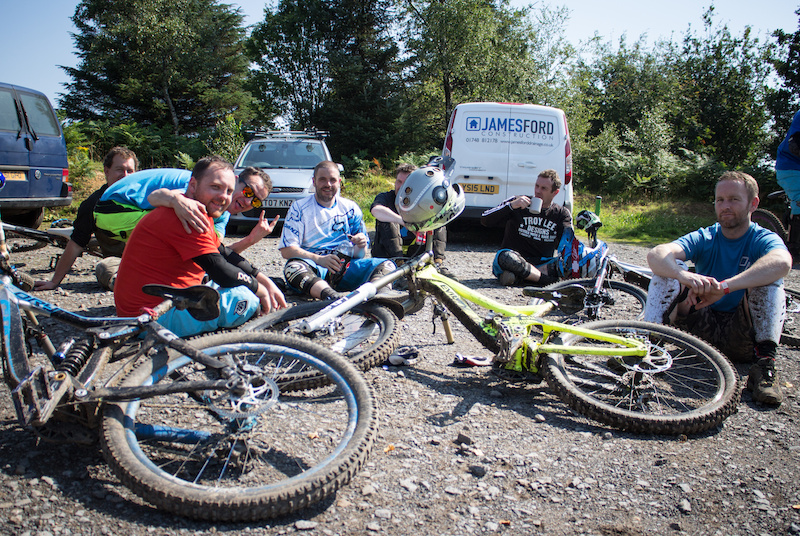 The idea is straightforward - put on a free uplift for about 200 riders, give out a bunch of free stuff, win some helmets, go ride with your mates. 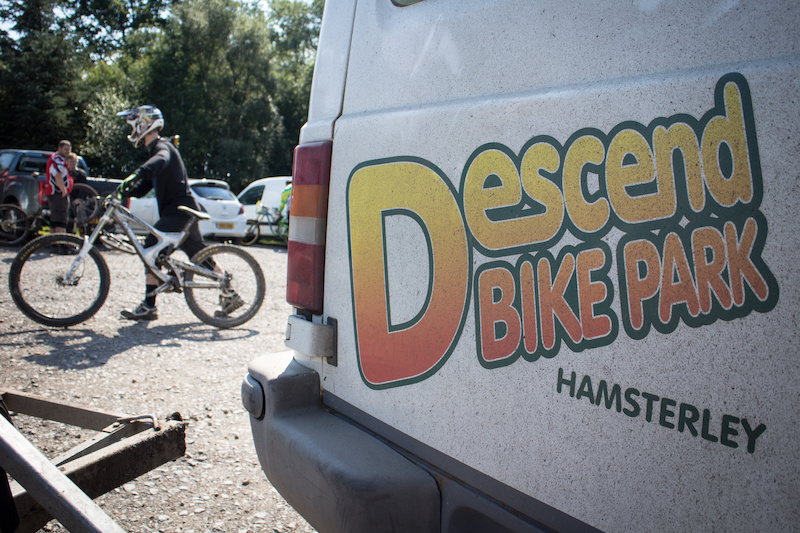 The day began with riders collecting their Bell swag bags before putting in heaps of runs as fast as the Descend Hamsterley guys could ferry them back up the hill. The sun was out and the day got on with itself as all good days on the trails do. 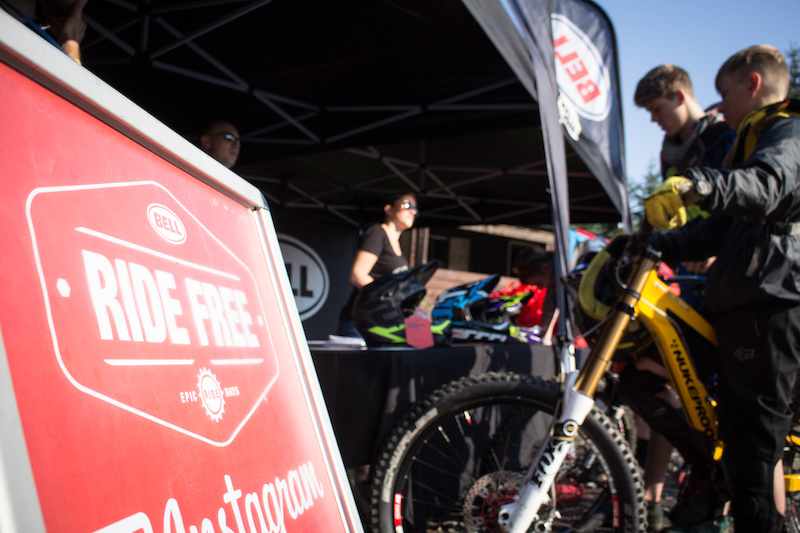 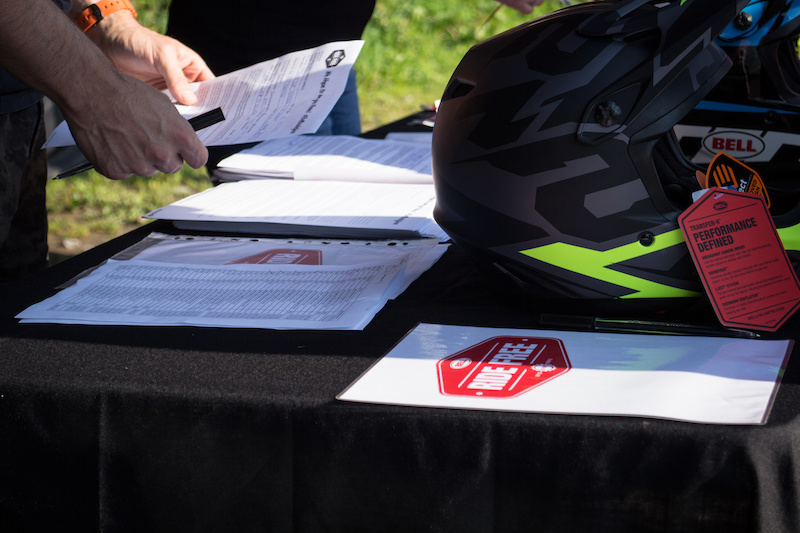 Every Bell Ride Free day has been signed up within hours of them opening, and it’s because they’re all about the trails and the community. There’s no corporate hype here, just good, old fashioned, Sunday riding with mates. 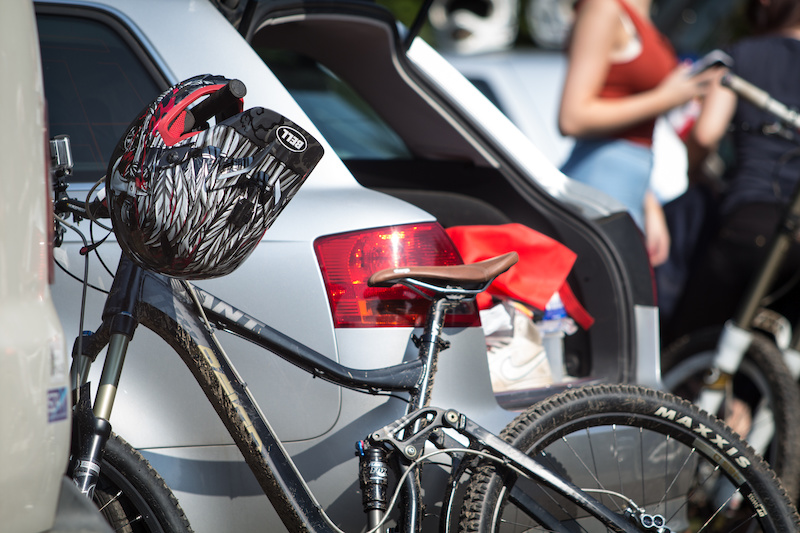 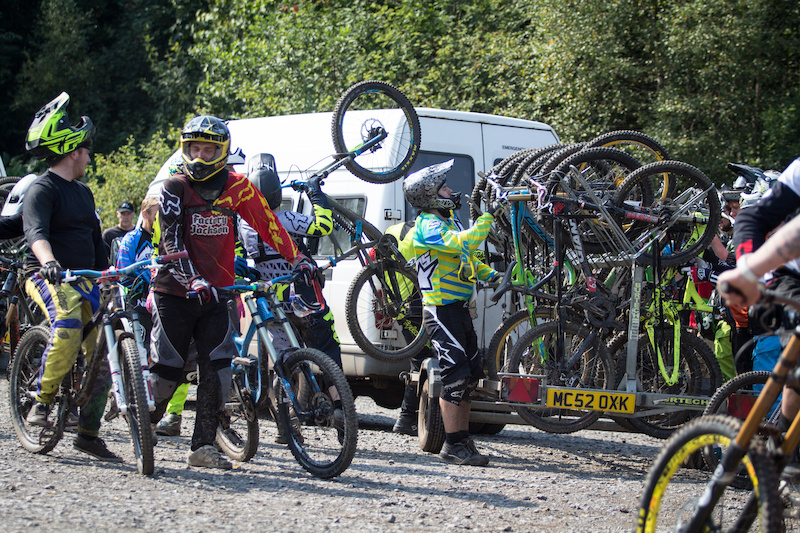 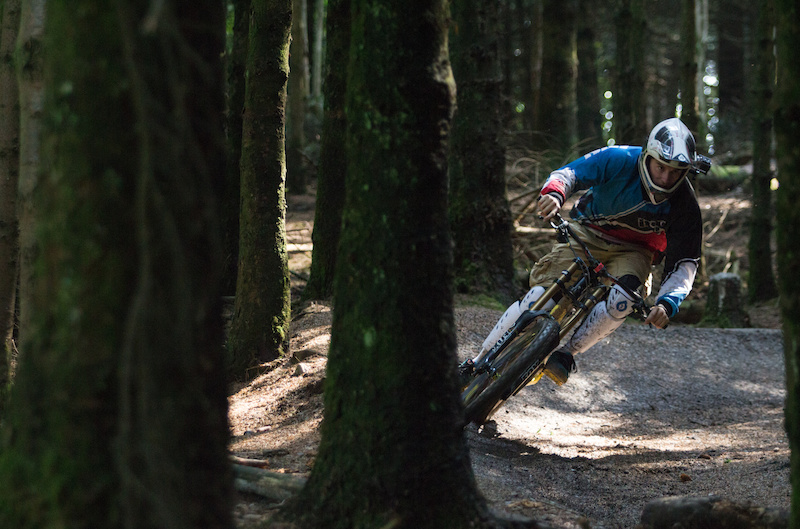 It had rained the night before so dust was not a word heard all day but with the sun gleaming and the forest steaming, there was plenty of grip. Not that the riders are bothered up here, they barely notice the odd monsoon. 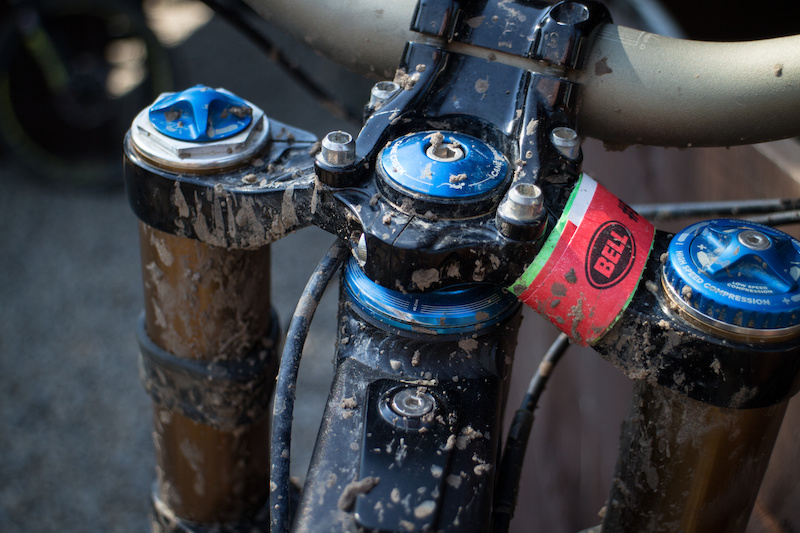 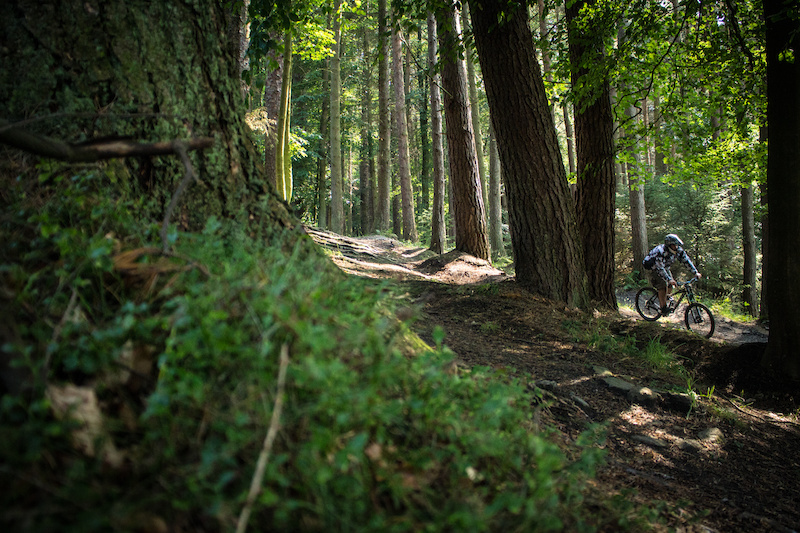 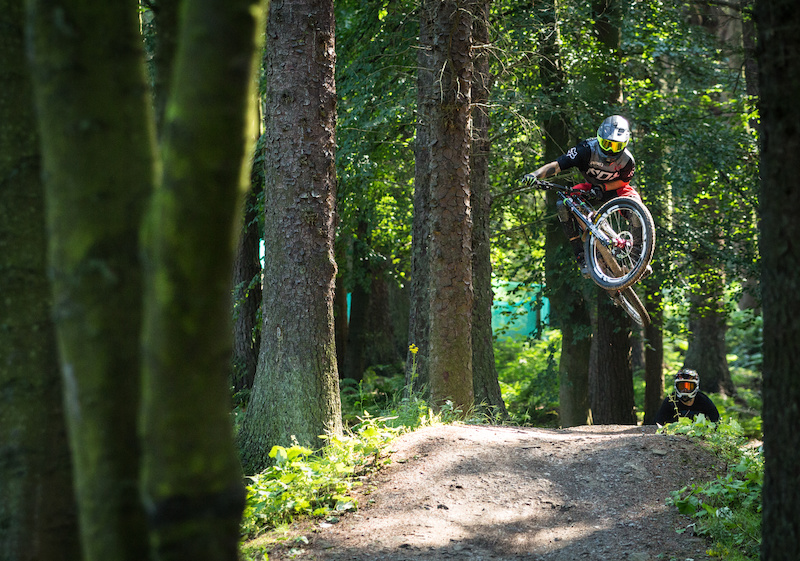 Some gigantic hucks were had and a few of the trees took a beating but they all took it in their stride, bearing the scars of much worse in days gone by. Following cups of tea and a few more runs the day finished with an old school, fair and true raffle for a bunch of Bell helmets. 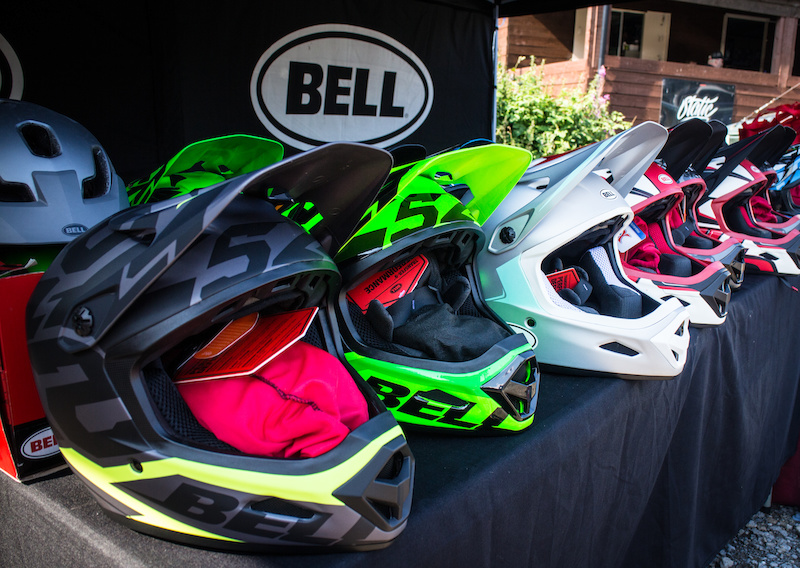 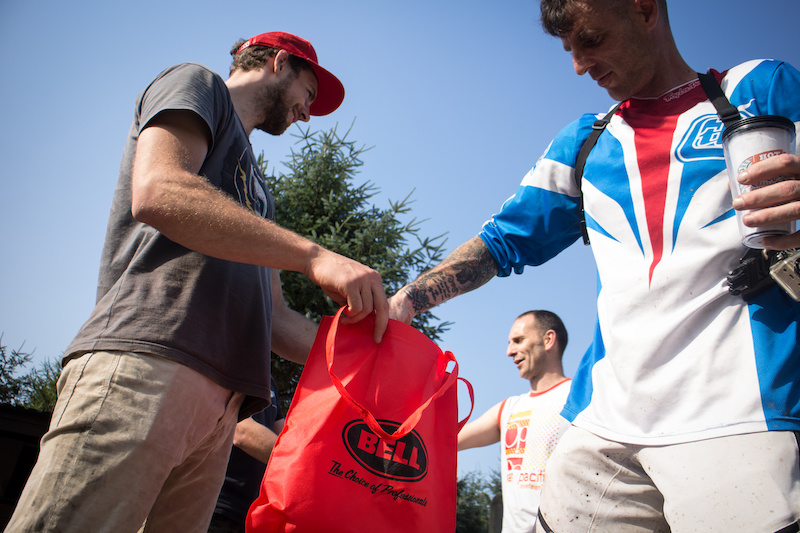 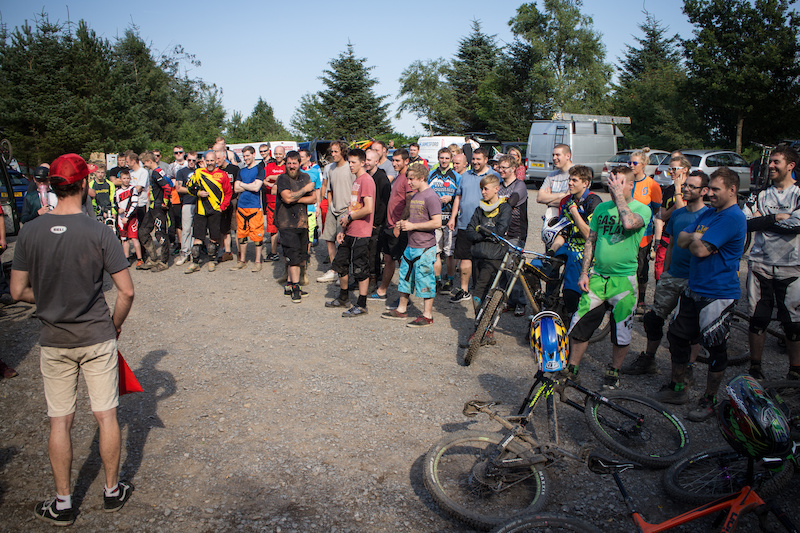 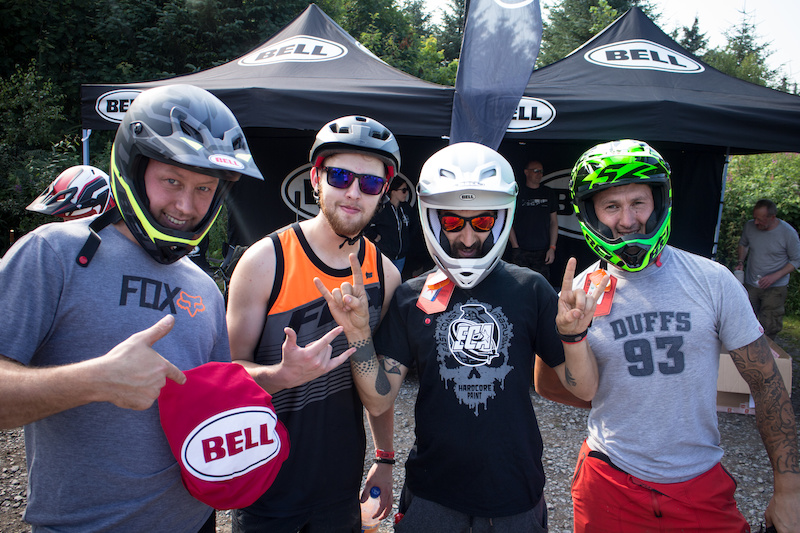 As everyone packed away, the sun came down and it was amazing to see the thanks from all the riders who were just happy to be out there enjoying Bell’s efforts. Mountain bikers aren’t just legs, arms and wallets, they are something to be cherished and appreciated. So go and #BellRideFree!

midschool (Sep 2, 2015 at 7:23)
The website to register is www.bellridefree.co.uk. Hamsterley is my closest bike park but I was out of town this weekend. Hopefully I can make it next year.

thenotoriouspkg (Sep 2, 2015 at 12:57)
more companies should do stuff like this, looks really fun, although I live nowhere near hamsterly