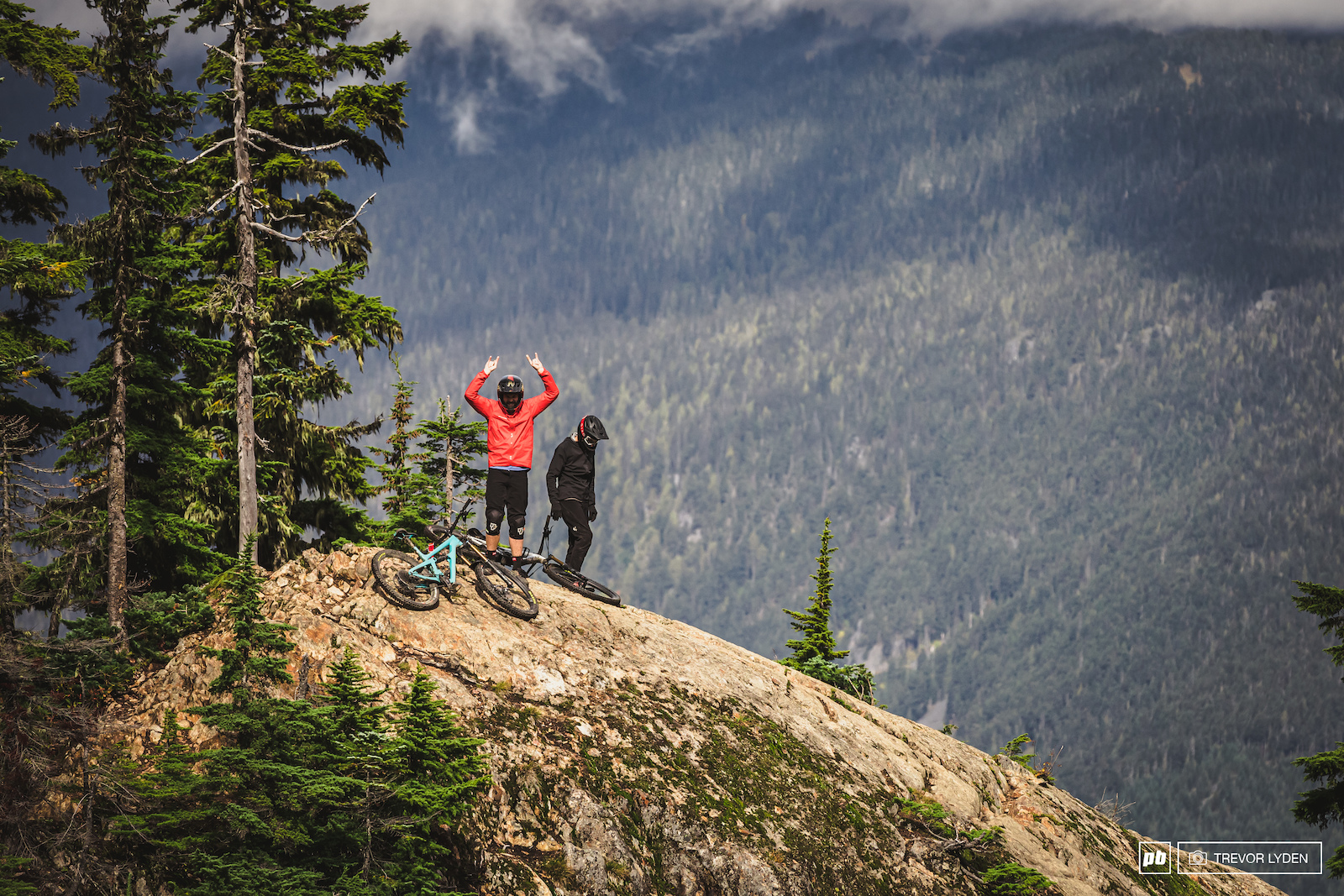 It's been a huge year for us at Pinkbike, one of the biggest in our history.

We've seen another incredible cycle of trade shows, bike launches, events, trips, and good times. We've made it through our second annual Field Test. We've been privileged to cover another great season of racing and competition, with possibly the most exciting DH World Cup season ever. We launched a category filter and some errrr colourful tagging, and for the second year in a row, we failed at humbling Levy. We've expanded and fine-tuned our reviews, we've grown our YouTube channel, we've covered more industry news. We acquired a road bike site called CyclingTips and have gotten to know that team well. And we had an amazing time doing it all.

On that note, we'd like to welcome some new members of the Pinkbike team. 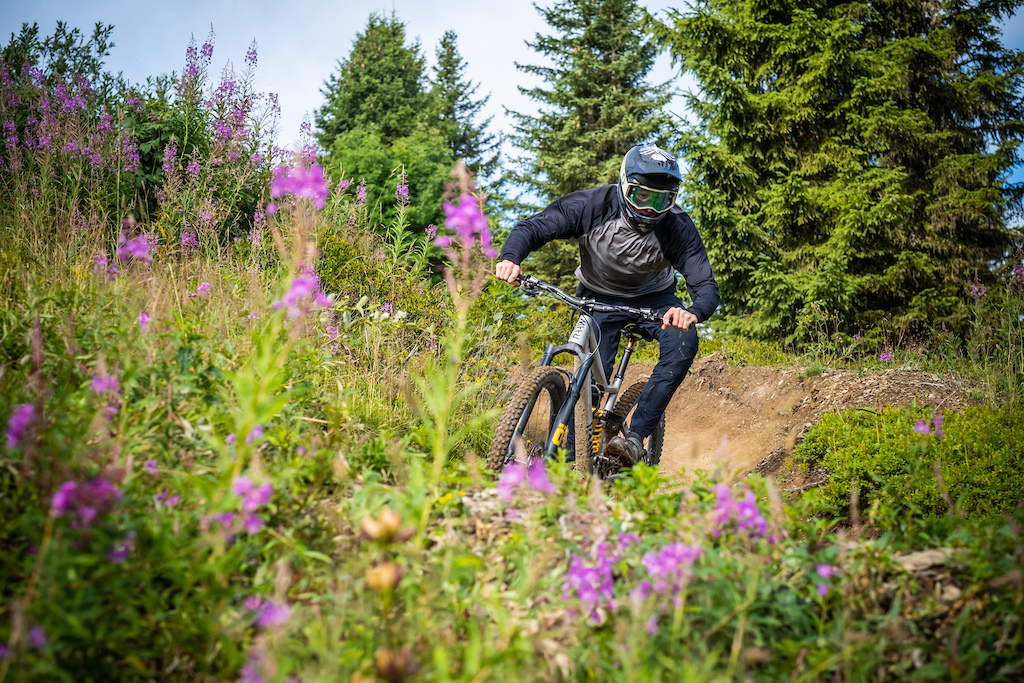 First off, former Scott Bicycles engineer Dan Roberts will be joining the team as a technical editor. Based in Champery, Switzerland you may have seen some of his Behind The Numbers articles already. He'll help us expand our presence in Europe and bring his engineering experience to our technical coverage.

In the great Pinkbike tradition of hiring people with the same names (two Mikes, two Alans, two Jameses, two Sarahs, formerly two Pauls, etc.), we now need to figure out how to differentiate between Dan Sapp and Dan Roberts. I'll let you guys fight it out. Old Dan and New Dan? MuricaDan and EuroDan? Let us know in the comments. 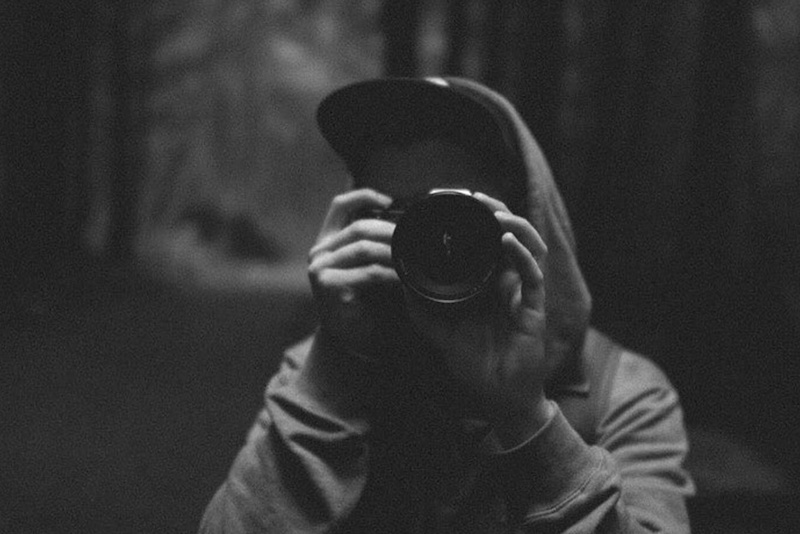 Max behind the camera. 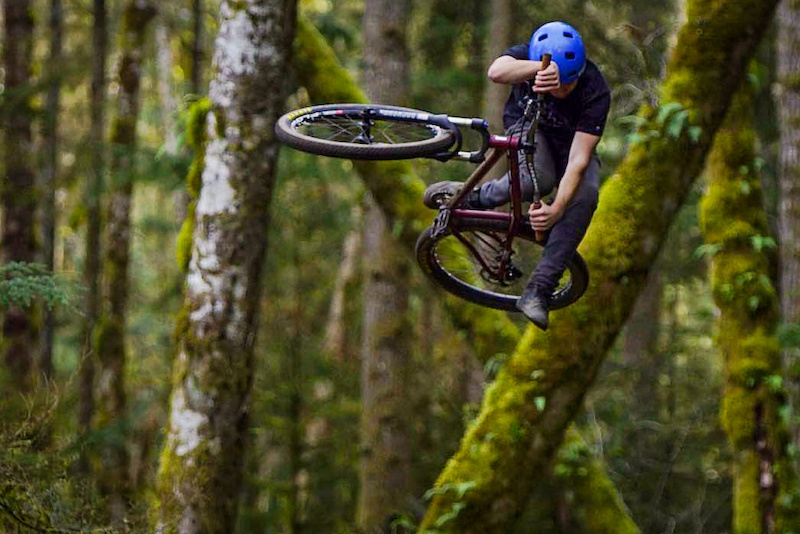 Max in front of the camera.
Max Barron

Jason Lucas, Mike Levy, and the rest of the video team will be working to ramp up our video productions in 2020, with Squamish local Max Barron coming on board as a junior videographer. Max grew up racing BMX and dirt jumping on Vancouver Island, and clicks a mean table. 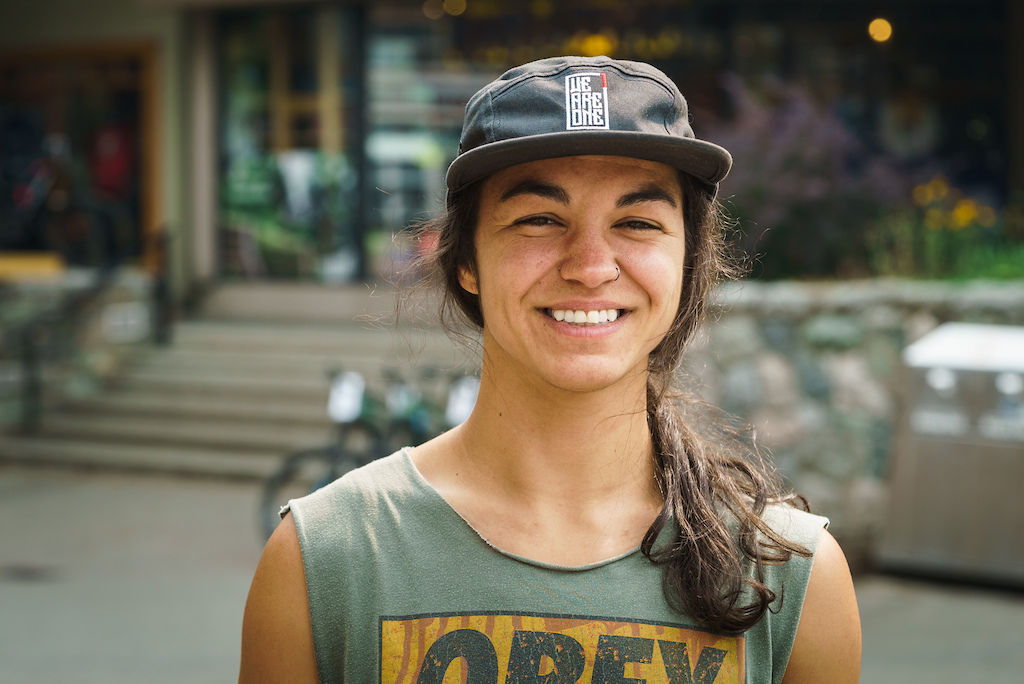 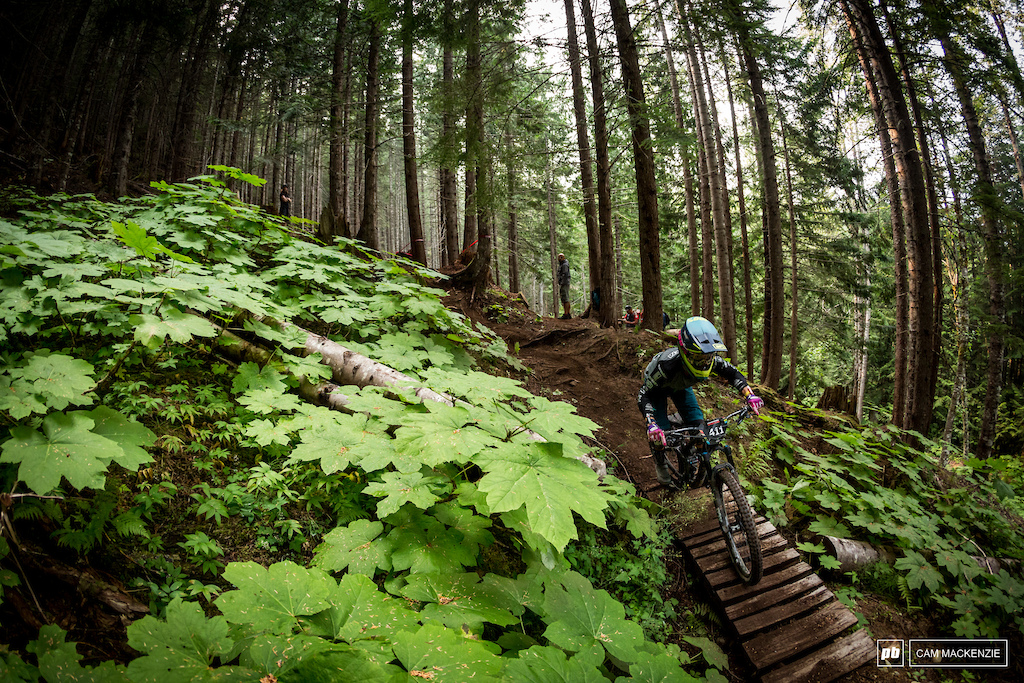 We're also welcoming EWS racer and all-round rad human Christina Chappetta to our team as a full-time presenter and race correspondent. She'll be travelling to enduro races, Crankworx, and other events to bring you the inside line on everything good. 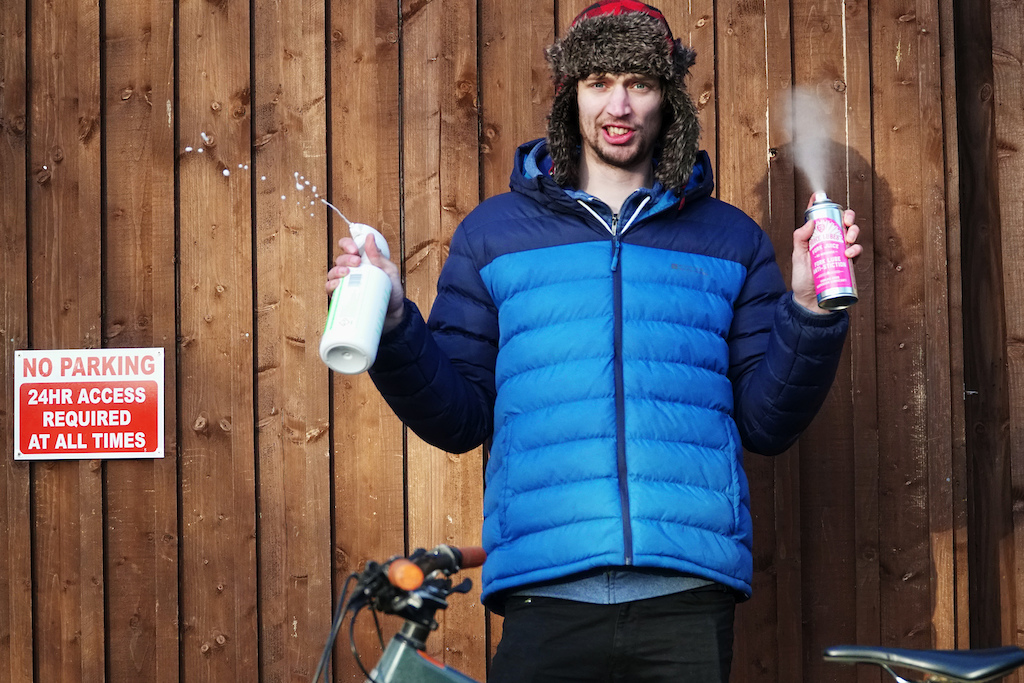 Mr. Cathro needs no introduction. He's been a fixture in our DH coverage over the past few seasons, and he's now officially joining the Pinkbike team as presenter and race correspondent to bring you the best from inside the tape. We'll have more to announce about an exciting project with him shortly! 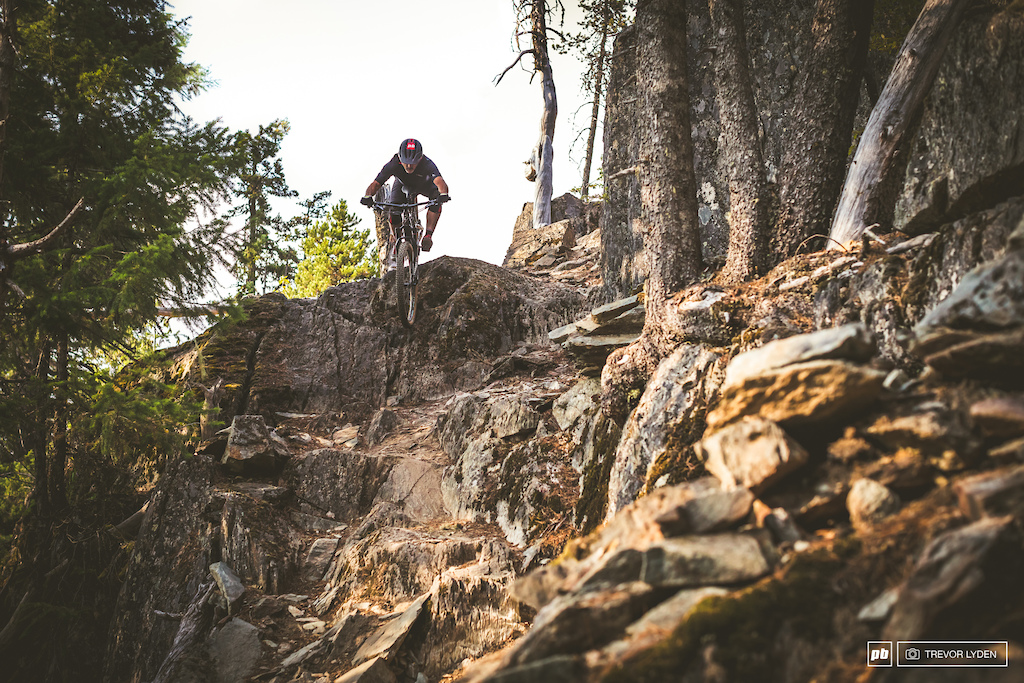 The man.
While we're welcoming some fresh faces, we've also got a mainstay of the Pinkbike editorial team stepping back from his duties. Long-time Pinkbike senior editor and industry pioneer Richard Cunningham retired from full time editorial work at the end of 2019. He'll continue to have a column here, and we're excited to see what kind of crazy airplanes he builds now with some more time on his hands.

In case you missed it last week, we pulled together a few of our favourite RC stories and pictures from over the years in this tribute article. RC has been a pillar in the sport for decades, and a leader at Pinkbike since 2011. 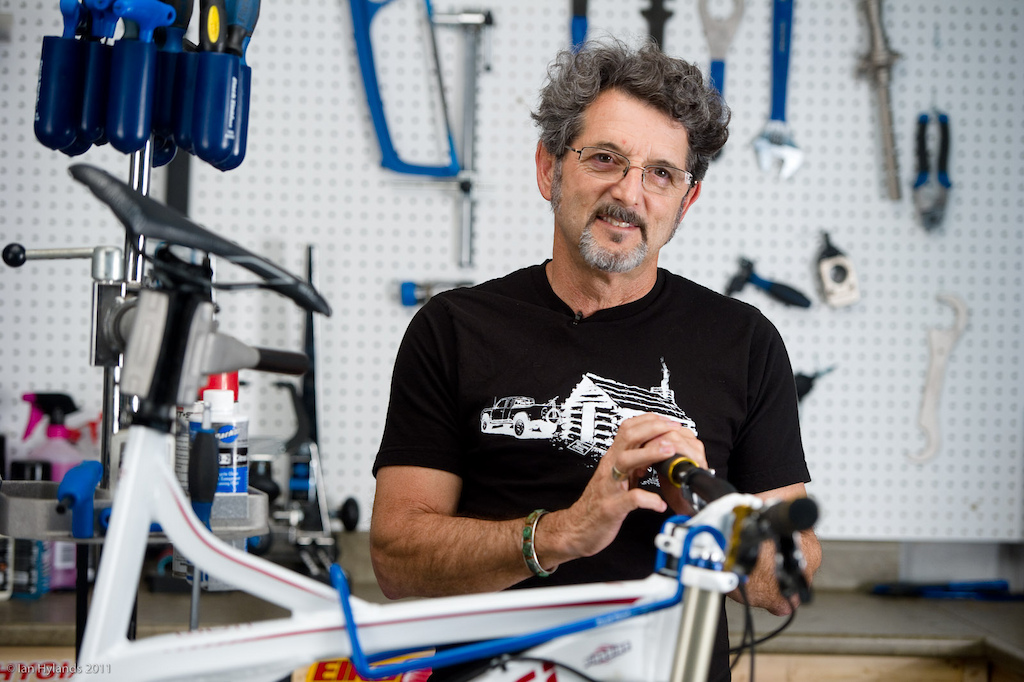 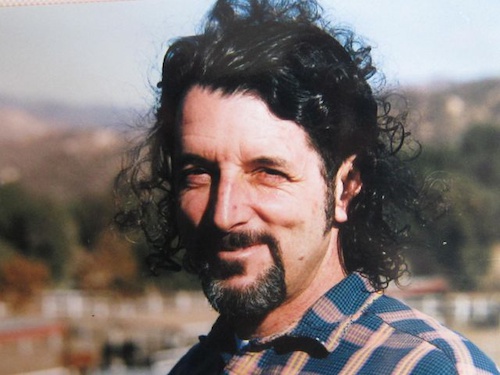 Preachey (Jan 13, 2020 at 17:35)
Ben is literally the reason I got back into mountain biking after not touching it for the 10 years since high school. I just randomly had a nostalgia thought one day, searched 'fort william dh' on YouTube and ended up with his video of the 2017 carnage. Binge watched the whole channel and haven't looked back.

cornwallfreerider (Jan 13, 2020 at 11:04)
Don't disillusion the (Cathro)vision PB. let the man do his thing the way he always has and the way we riders have always loved it. If that happens then everyone's a winner.
Chuffed for Ben, his hardwork, dedication, sacrifice and passion for the sport has always been %100

haroman666 (Jan 13, 2020 at 11:23)
I can't upvote this enough. Cathro's work is as good as it needs to be. It has more than enough geeky information and analysis that you'd expect from a big bucks company but the self-filmed and self-edited format is what really keeps it grounded and interesting. I like watching pristinely edited and perfected content as much as the next person but ultimately I prefer watching stuff from people I feel I could relate to and have a modest conversation with. Stoked for Cathro though, he deserves all the backing he gets, and then some!

jayacheess (Jan 13, 2020 at 11:58)
@Hogfly: Having Pinkbike support may actually help him focus on racing while still being able to produce good video content.

intensemack10 (Jan 13, 2020 at 11:20)
Interesting hire on Dan. Now all the PB armchair engineers and commenters claiming to be engineers will have an actual engineer on PB staff to check their thoughts against.

daugherd (Jan 13, 2020 at 11:25)
I love all the engineers on here lecturing everyone about kinematics, thermo/fluid dynamics, warp cores and inverse tachyon pulses. Engineers are all so smart, we're lucky to have them.

mi-bike (Jan 13, 2020 at 20:09)
@MTBrent: won't take long for the inevitable (dual-degree) MIT graduate to show up and overrule any dissenting opinion!

christinachappetta (Jan 13, 2020 at 12:07)
THANKS AUDRIC! Stoked for sure, appreciate your love and support bud!

Lastly, Christina, please only ever refer to Levy as "donut" in all staff emails.

Hogfly (Jan 13, 2020 at 11:50)
I credit all the commenters demanding more Christina after her one hot lap debut with her getting the job. Her personality was awesome even on that video.

shrockie (Jan 13, 2020 at 11:04)
Ben's content is amazing. I love watching his course breakdowns. Gives an extra level of insight for us fans stuck at home. I look forward to each one and it makes the race even more interesting to watch.

odbrider (Jan 13, 2020 at 13:53)
Christina will be an awesome addition to your team...watched her Hot Laps section and immediately thought ..this kid has STAR POWER...good on you PB and congrats Christina...looking forward to your insight

withdignityifnotalacrity (Jan 13, 2020 at 14:04)
I feel like I am an official MTB nerd, now that I actually know two of the people mentioned.

Also stoked to have Christina come on board as a presented, she's definitely a natural and can ride the shit out her bike too. Yay for more lady shredders!

Chilliwacker (Jan 13, 2020 at 11:36)
From listening to interviews on podcasts, Cathros new show promises to be awesome. He's going to go back to try to ride WC and film behind it all so that focus is as much on what it takes as however well he may or may not do. Obviously he may not get the required points but that's all part of the story. Looking forward to it if that's still the plan. Its a great idea.

Hogfly (Jan 13, 2020 at 14:46)
For anyone curious about what Cathro has planned for the season, GMBN had him on their podcast, and he goes into a lot of detail on how he's going to race and produce content.

friendlyfoe (Jan 13, 2020 at 18:48)
That picture of Cathro is priceless. The guy should be doing sketch comedy. Can't wait for the content!

johntaylorphotos (Jan 13, 2020 at 14:45)
Did the same photographer take the portraits of Ben and Rob Warner? Blue jacket, wooden wood...sweet, another lovely pic.

glasvagas (Jan 14, 2020 at 0:08)
Looking forward to seeing what Cathro as to offer this year. Long may his career continue!! See you around dude!