Join Pinkbike  Login
Today’s comic is a special edition. Rather than cartooning whatever goofy pun comes to mind, I am sharing a preview of my new children’s book.

Pinkbike editors have me working an especially snarky and silly comic for next week, so I’ll get back to charming your cynical side soon.

For your entertainment let me introduce you to Bernie… 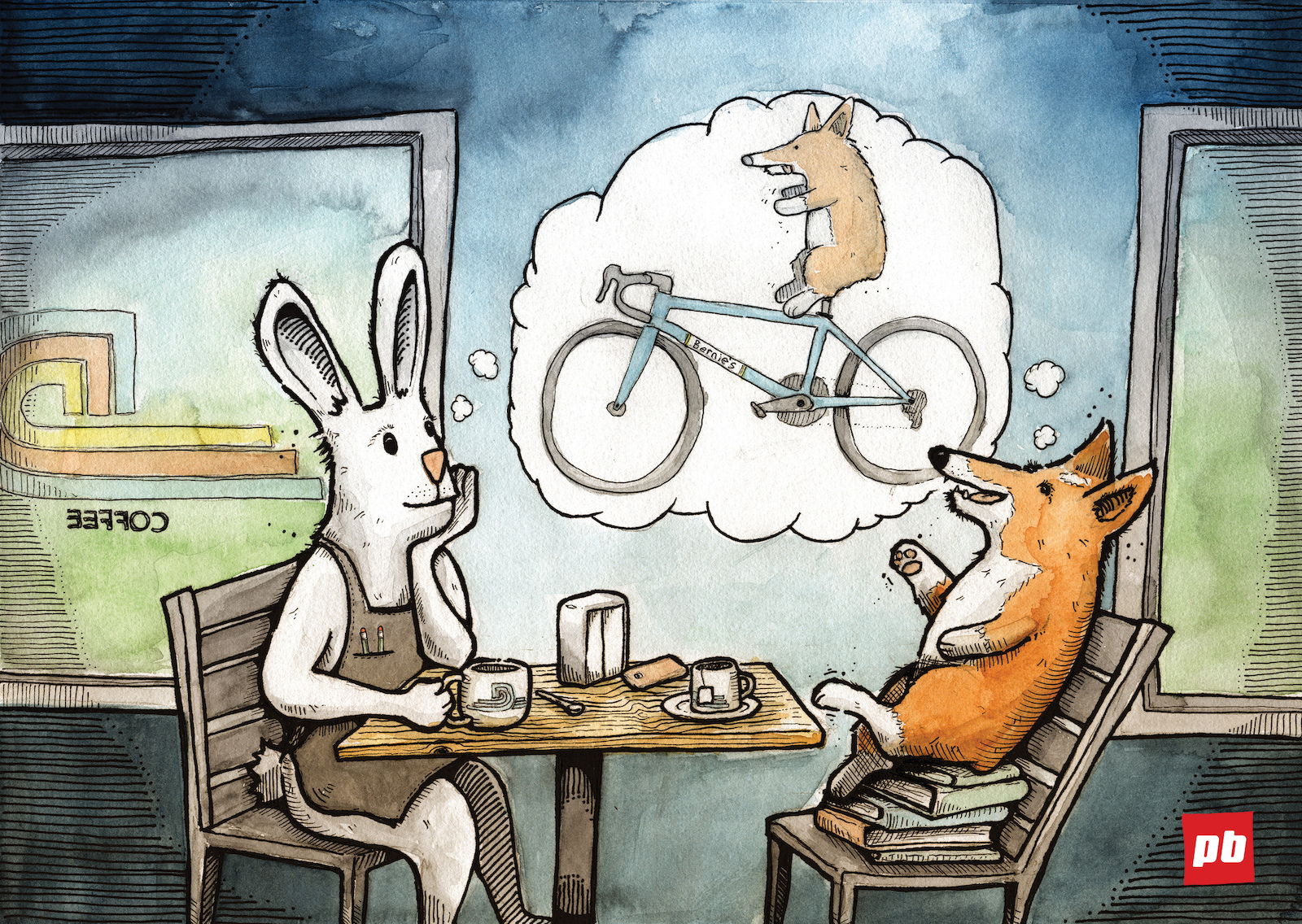 "Just imagine me trying to ride one of your bikes!"

I've had this story stuck in my head for years and over this long U.P. Michigan winter I decided to sit down and paint it. Bernie (named after my grandpa) is a master bike builder. He builds some of the best bikes in the world but none of his friends seem very interested in them. Over coffee with Monty the Corgi he finds out that his friends don't think they could fit on one of his race bikes. 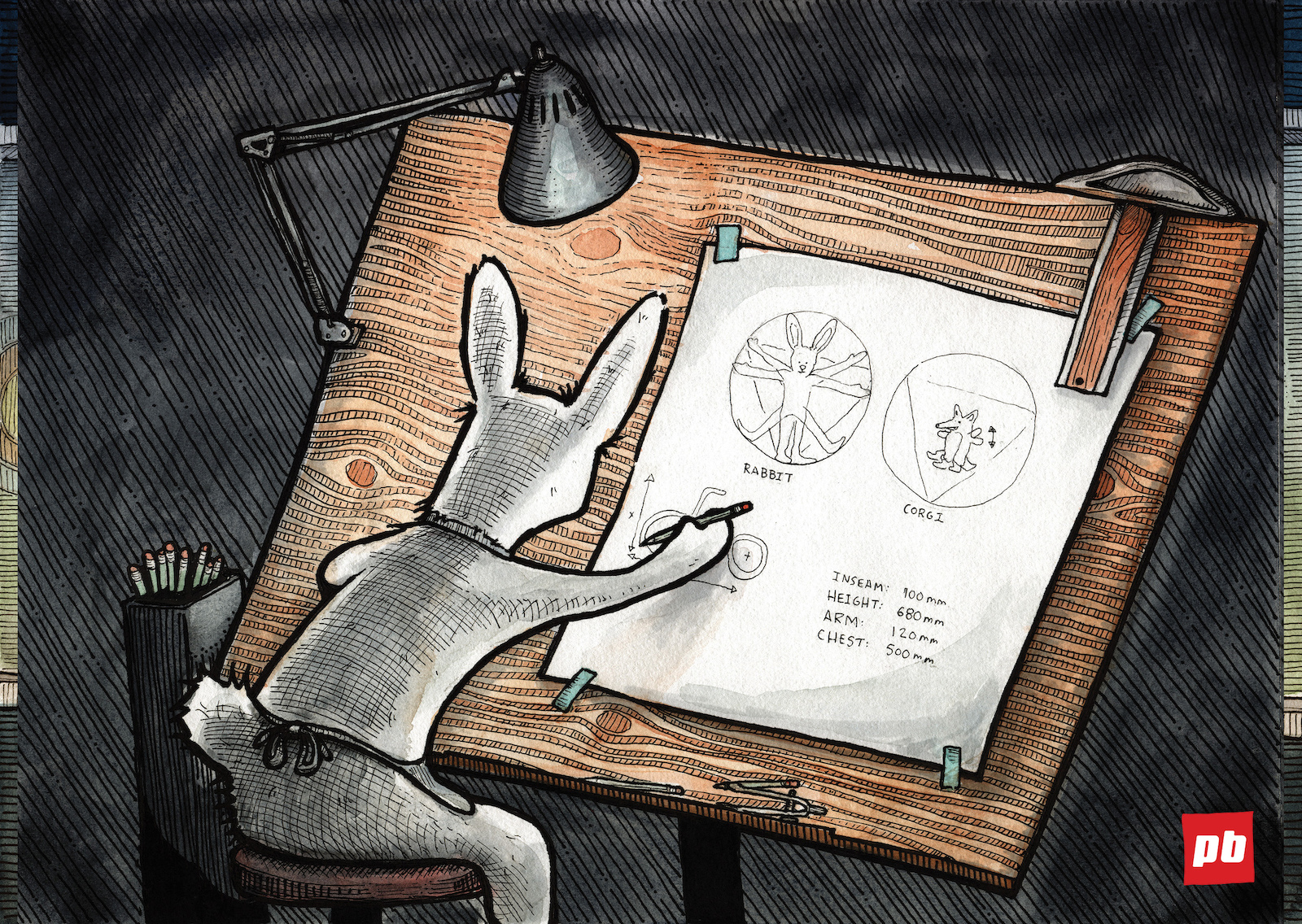 To the drawing board. Did you see that Spank campaign with Yoann Barelli doing this pose?

Bernie decides to design a bike that Monty can ride. The story is really about an idea I hold dear; the skills to make things are just as important as the imagination to think things up. 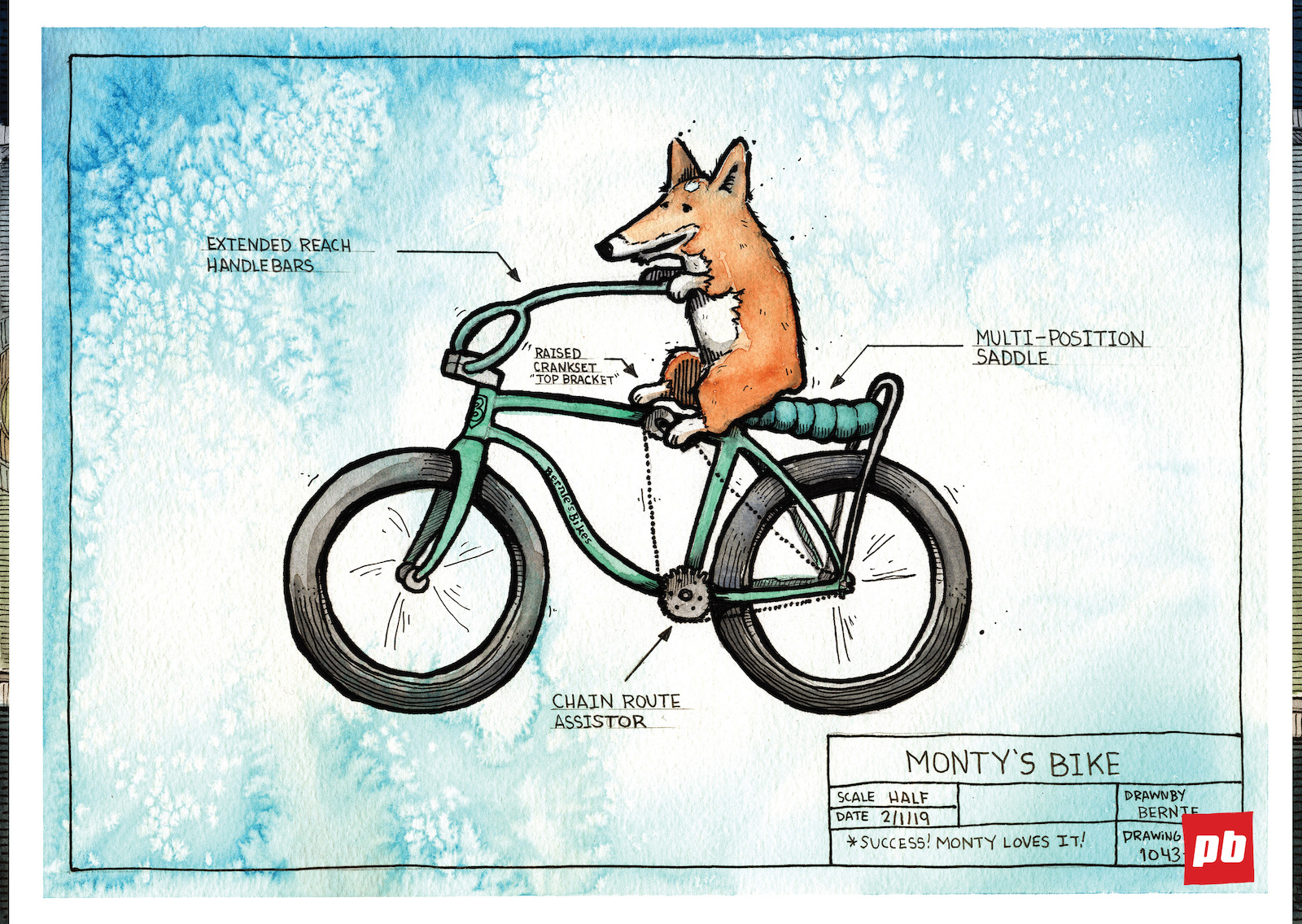 Eventually Monty gets a bike he can ride. While out on their first ride together Bernie and Monty run into their friends. T-Rex, Shark, Bat, The Hamsters and more want bikes. Bernie has to get creative to design bikes for them all and tap into all his skills to actually build them.

Bernie the Bike Builder is out now in the book world if you're into that kind of thing.

Nah, it's never too soon.

smallsilences (May 26, 2019 at 6:59)
Love the bat bike. Really nice illustration style, and I’m a fan of the pun-based regular comics too. All the best with the book.

EricBryant (May 27, 2019 at 5:54)
Ordered a copy for my young rippers/readers/fabricators. I think they're going to love it.