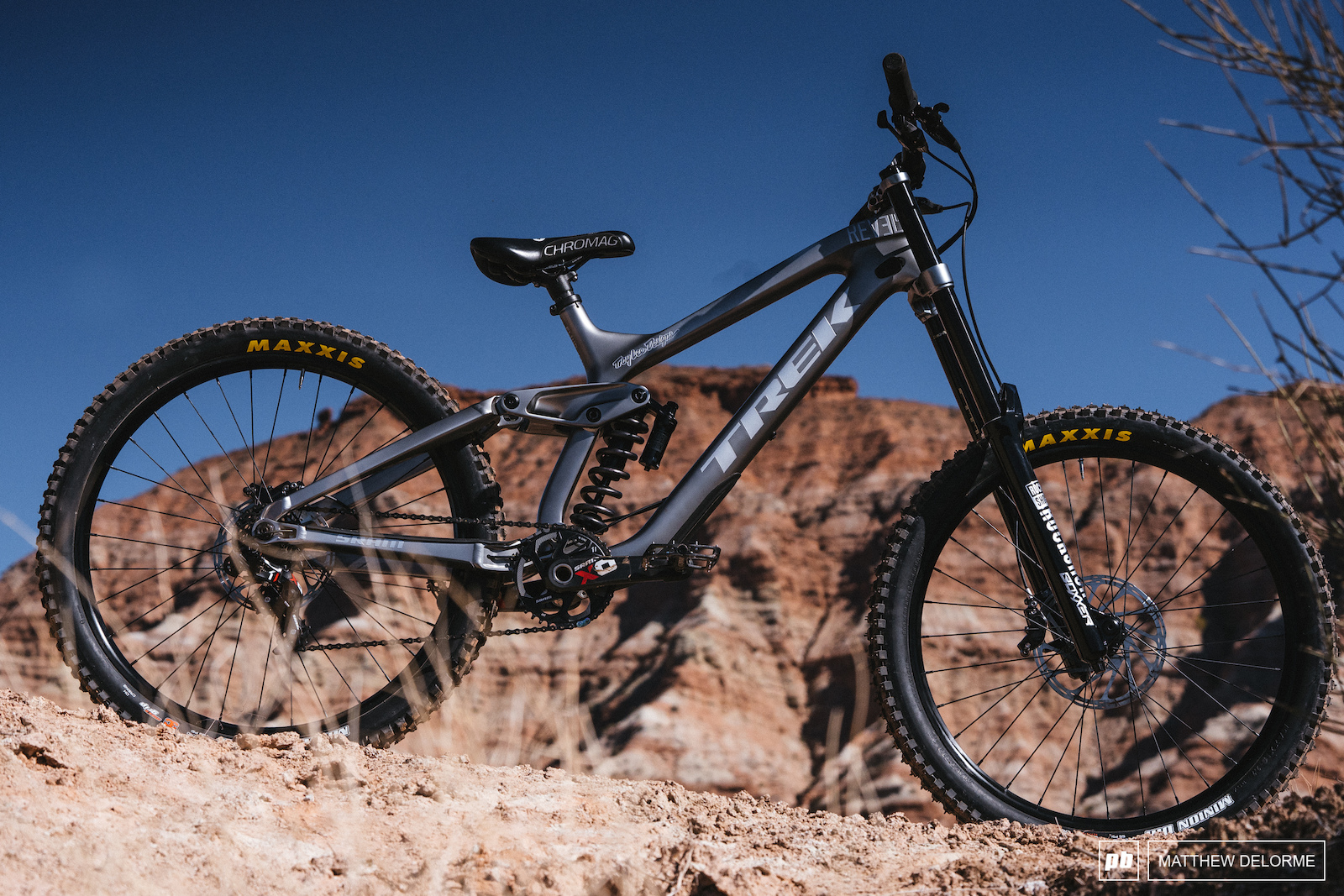 BIKE CHECK
Brandon Semenuk's
Trek Session
Photography by Matt Delorme
Although he was absent from this year's Crankworx Whistler, Brandon Semenuk is in Utah looking to take home a win at the 2018 edition of the Red Bull Rampage. We caught up with his mechanic Shawn "The Wizard" Cruikshank from Fluid Function to check out the details on his Trek Session and glean what we can about his set-up going into the event.

According to Cruikshank, every year around Crankworx time, it's the same routine. "After Crankworx Whistler, we always turn to the DH bike. Usually, he gets a new frame immediately after Crankworx Whistler and we set that up. We give him a couple of shock choices, he runs those, and then we refine them to what he likes. Usually, in a few weeks, we have the bike to where he wants in terms of shock and fork tune. We get the contest bike for Rampage shortly after that and then we build it up. We try to keep that bike in good shape and beat up the spare.

Shawn says that Brandon's DH bike set-up is usually "freeride-ish" so it's always on the firmer side. Even when he rides a DH bike and it's not for filming, it's for big stuff so he doesn't change his settings too much, however, he does have a heavier compression setting than usual. The geometry stays mostly the same and the fork height changes every once in a while. As far as specific components installed for Red Bull Rampage go, he's running some moderately light wheels, likely to make flipping and spinning a little easier. Brandon's handlebars are 760mm wide. 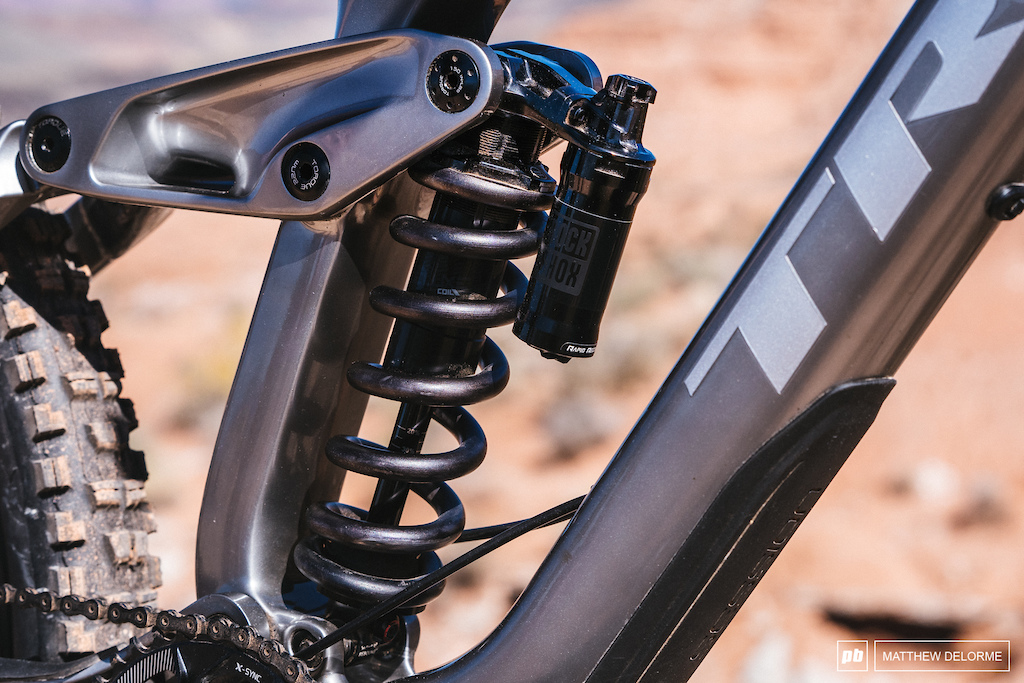 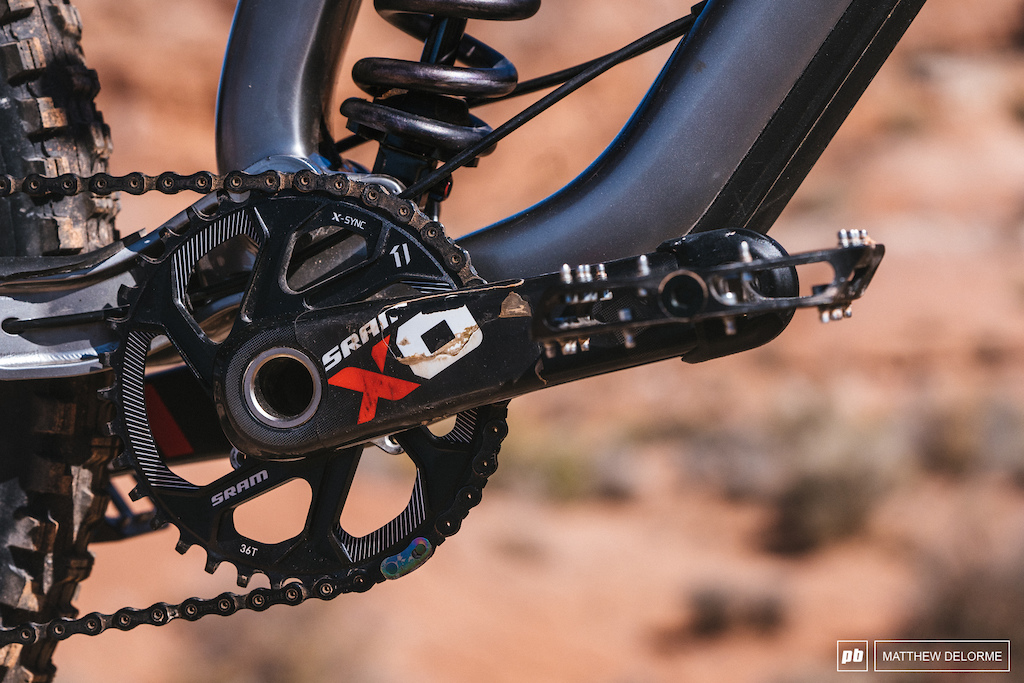 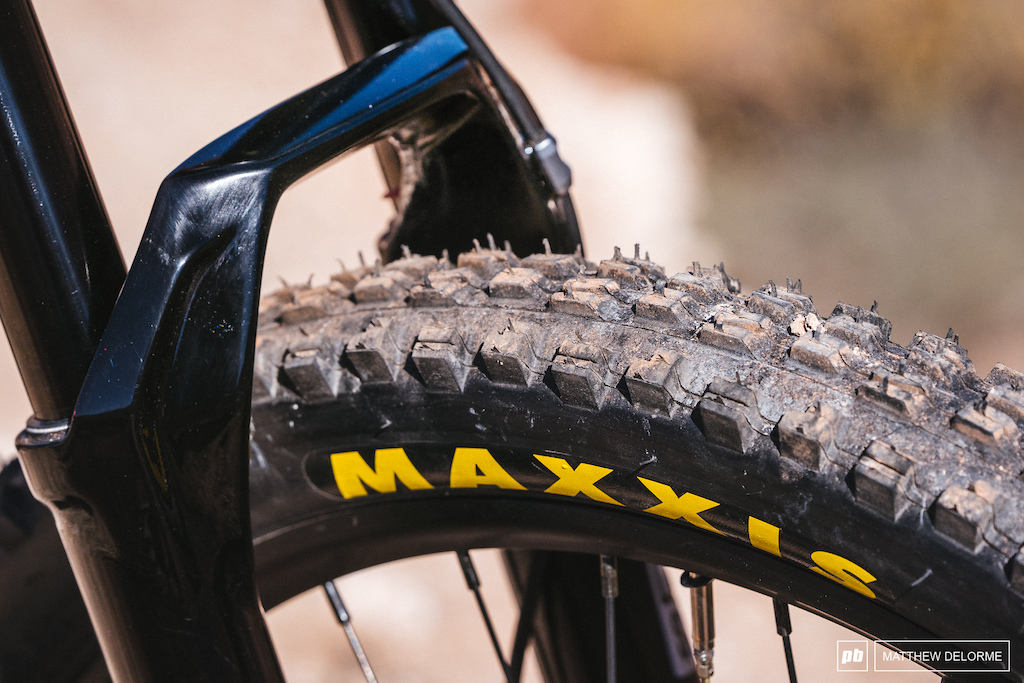 Desert riding requires big tires, in order to stay on top of the loose, sandy soil. Maxxis Minion DHF and DHR II tires in a 26 x 2.7" size and with tubes. He runs 30psi in the front and 34psi in the rear. 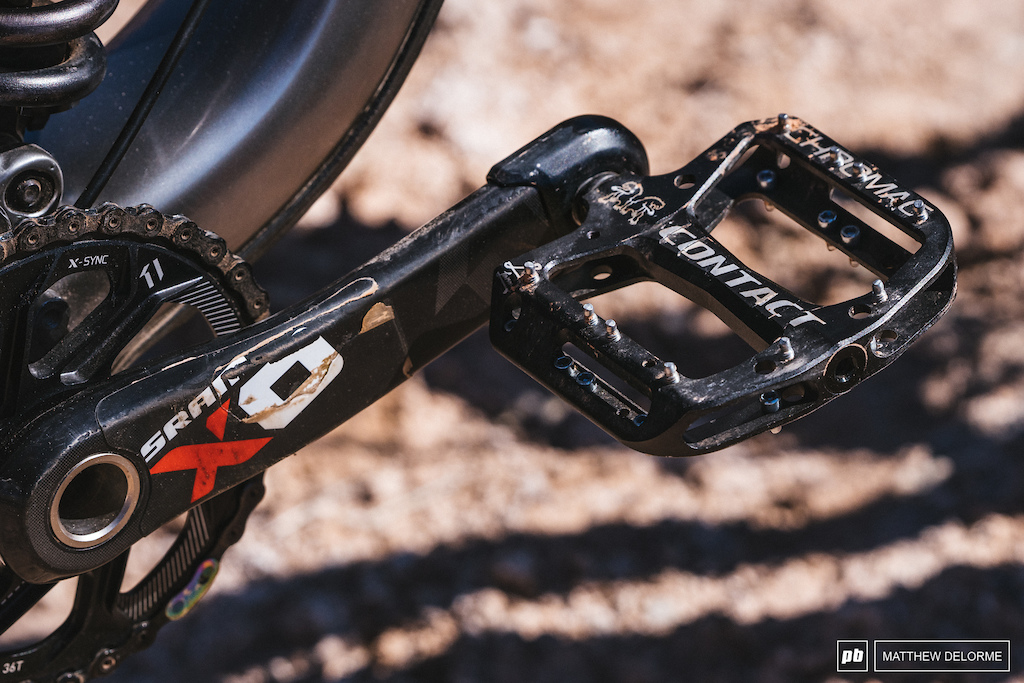 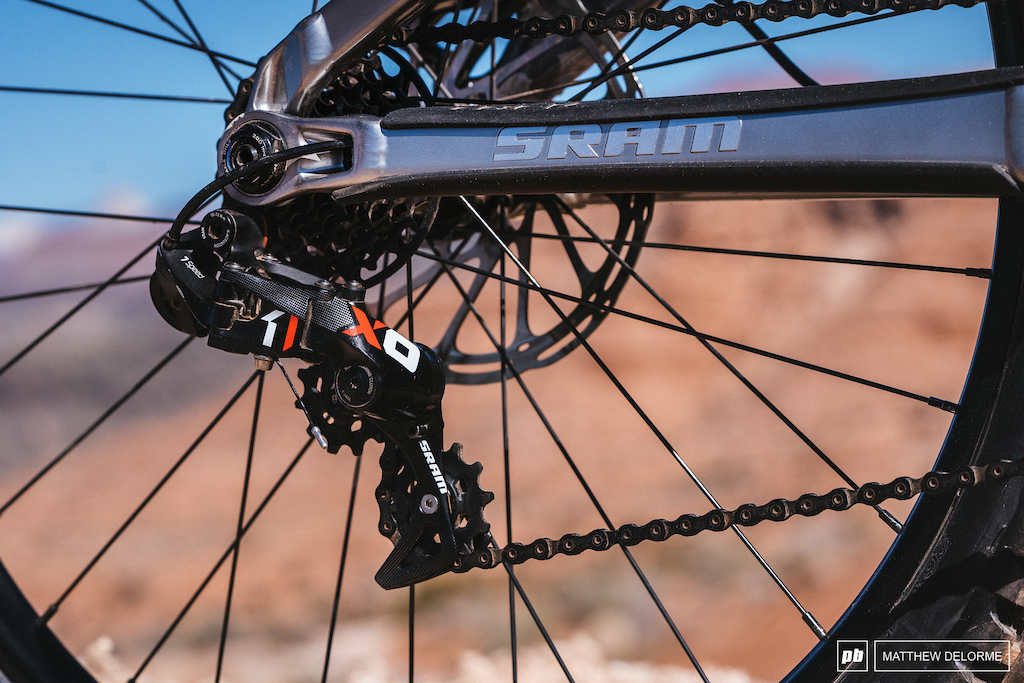 Make sense to me!

Mathullah (Oct 27, 2018 at 13:05)
To be honest, my next bike will roll on wagon wheels as well. I have demo’ed a couple off different bikes from the same brand and the big wheels will fit my riding style and the tech gnar terrain here around most. Now slightly used bike with rampage style wheels for sale. Will send worldwide!

ThunderChunk (Oct 28, 2018 at 12:07)
@asteezc1: yes. I actually ran a 27.5 fork with 26" wheels on my gambler. This was by far my favourite setup for my frame.raosee the BB a bit and mad the front end noticeably slacker which improved handling.

freestyIAM (Oct 26, 2018 at 10:40)
Surprised to see the extra wide rubber on this build. Would have thought the additional rotational weight wouldn't be worth the "staying on top of the loose, sandy soil." Weren't riders saying that this new location is rockier and more barren than the last? I wonder how many other riders are going for the + tires.

wako29 (Oct 26, 2018 at 10:53)
"he's running some moderately light wheels, likely to make flipping and spinning a little easier"
Is there any more info on the wheels?

ceecee (Oct 26, 2018 at 15:14)
@tulipanek: If they were Bontrager they'd loudly say so. Maybe Flow3 destickered as a courtesy to Bontrager

allenfstar (Oct 26, 2018 at 20:38)
@ceecee: it could potentially be a lighter bontrager rim, something like the kovvee and they just don't want to show it being used for this because it would most likely lead to a ton of warranty headaches.

Hell it could be a one off bontrager rim, they have all the machines to do it in house.

Or it could be something else entirely. If some sees Brandon around just ask him and give us the details

allenfstar (Oct 26, 2018 at 20:52)
@ceecee: yea I didn't even think about that. Rules out any current bonty rim. Could still be a one off but it does make another brand more logical