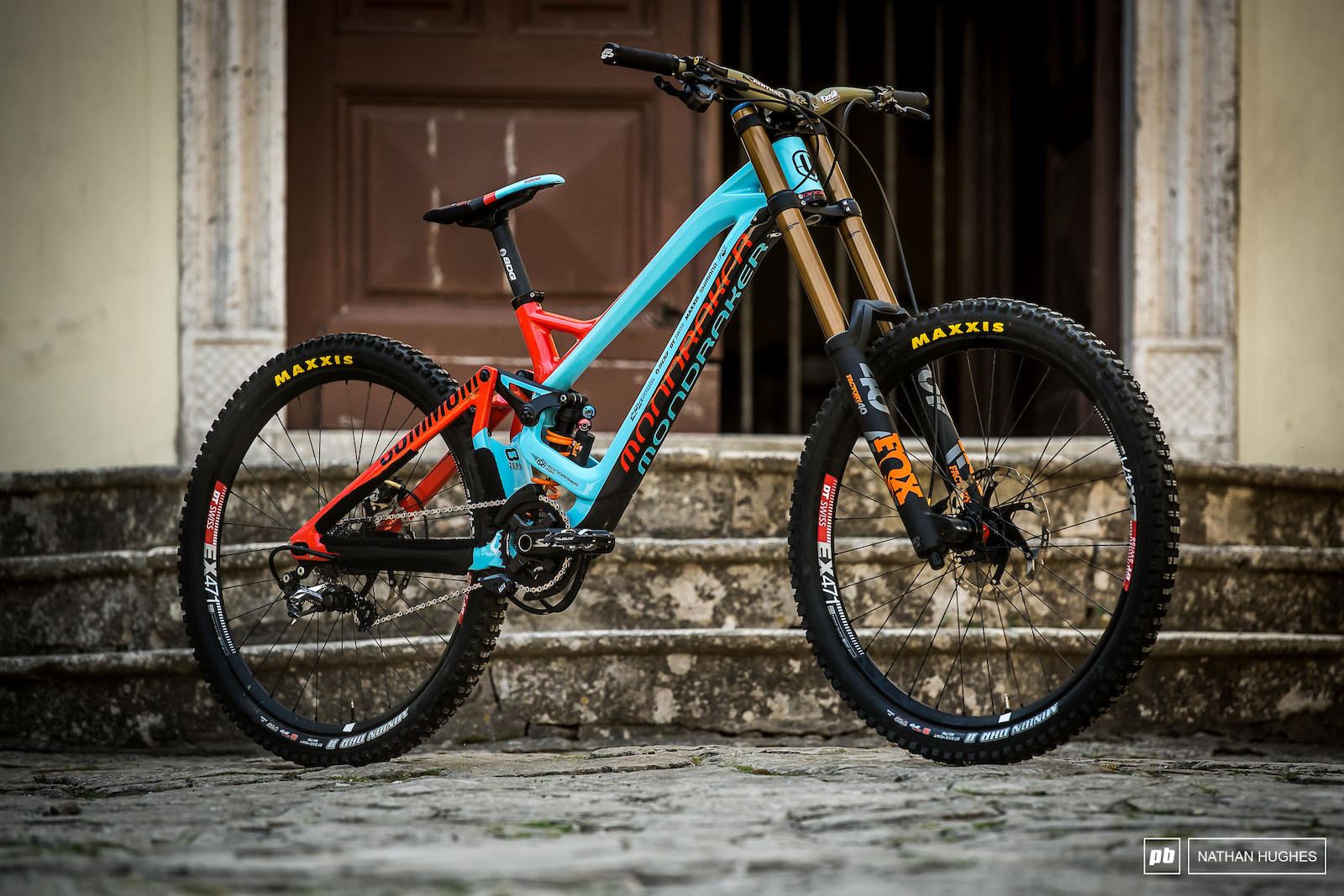 Photography by Nathan Hughes
Brook Macdonald is the man to watch this weekend. With the fastest time in practice and the fastest qualifying time today, he's proven that he can be consistent and quick on a track that has taken out more than its fair share of people and bikes. The 2009 Jr. World Champion is coming into Lošinj in top form. After five years with other teams, he's back with MS Mondraker where he has had his best World Cup result to date with a win at Val d' Isère in 2012.

Brook's Mondraker Summum carbon is a production frame. He rode this particular bike last week in Maribor for the first time and a few, but not many, changes have been made since his 3rd place finish at the iXS race.

To tame the track at Lošinj, the suspension has been softened up a little on the front end and the rebound is slightly slower. As far as the cockpit position goes, it has remained the same for this weekend. With the course being as rough as it is, Brook's mechanic has had to make a few rim swaps and is meticulously checking the bike at the end of each run. The set up is obviously working so they don't see a need to make any other changes. 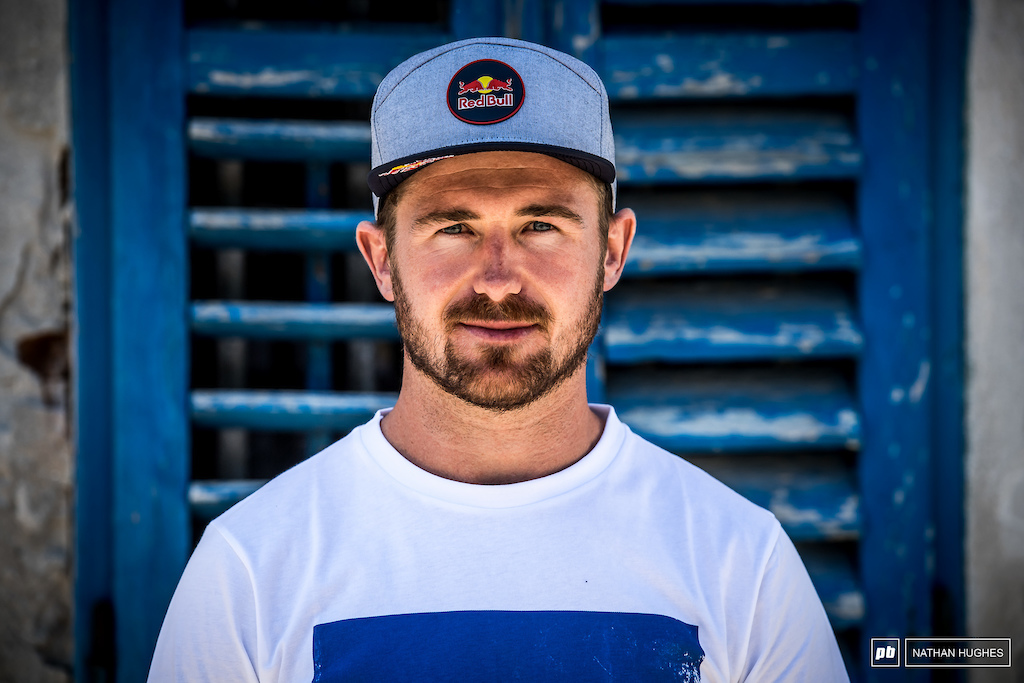 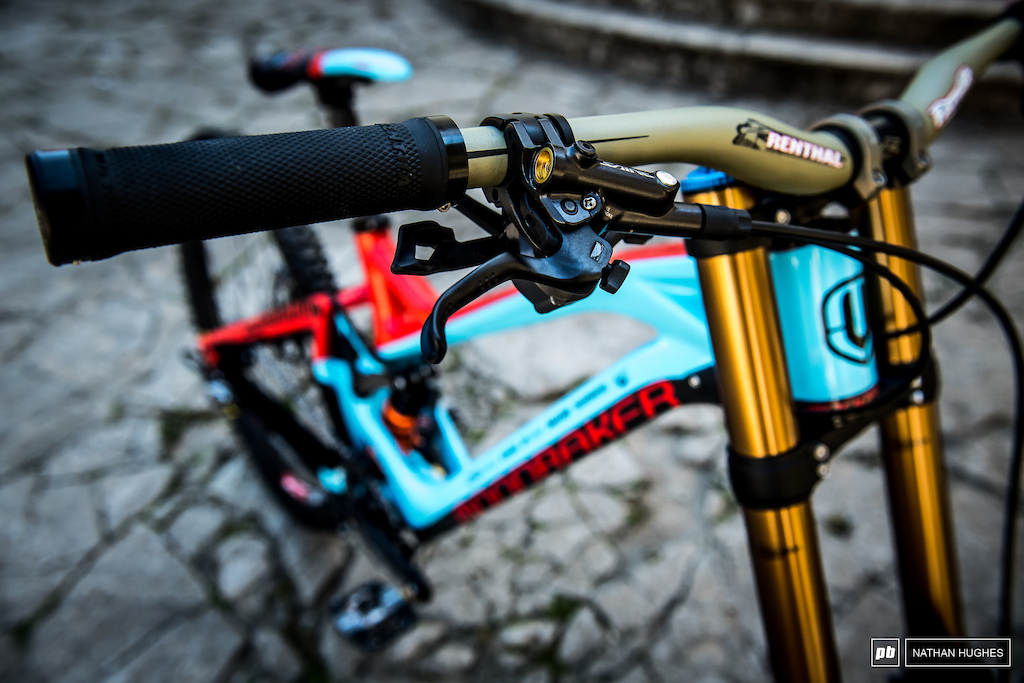 Renthal bars and Shimano controls. Brakes are bled every day to keep the absolute best feel at all times. 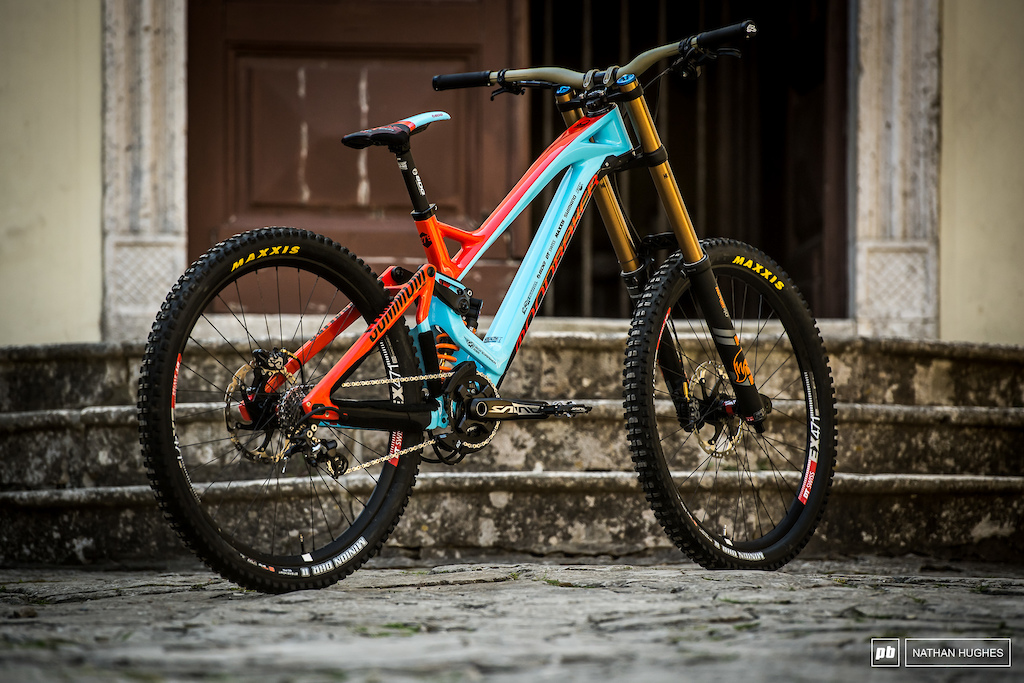 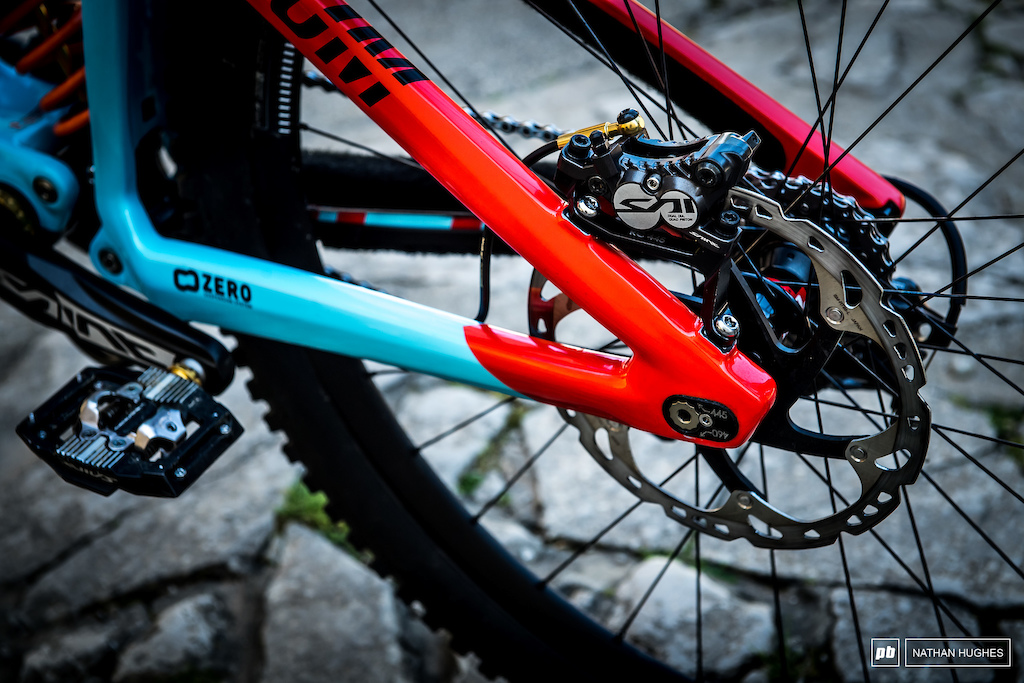 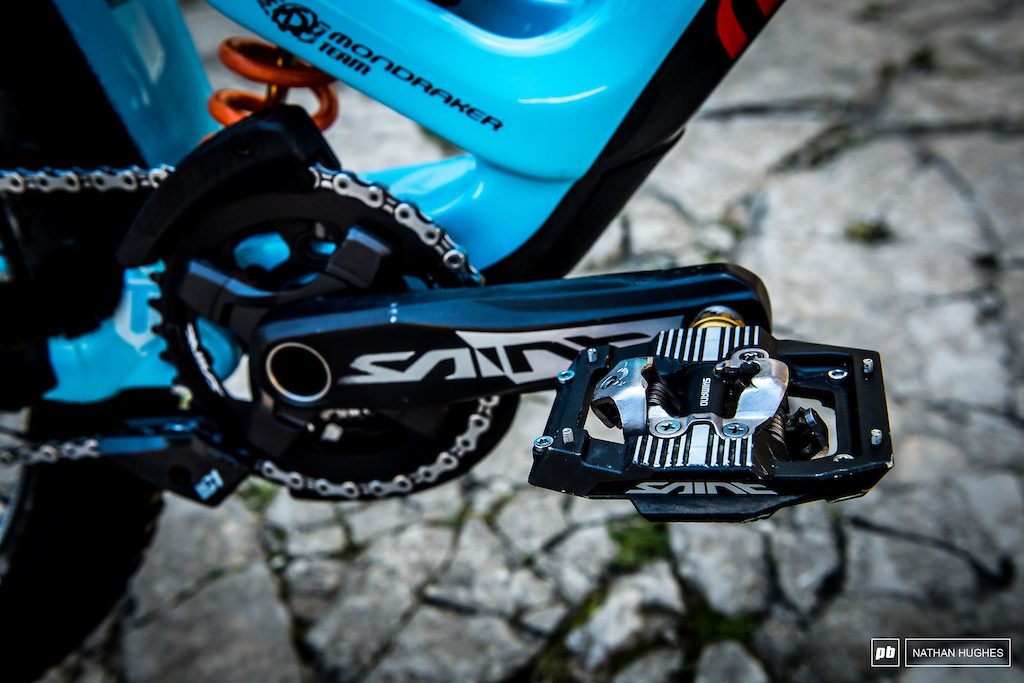 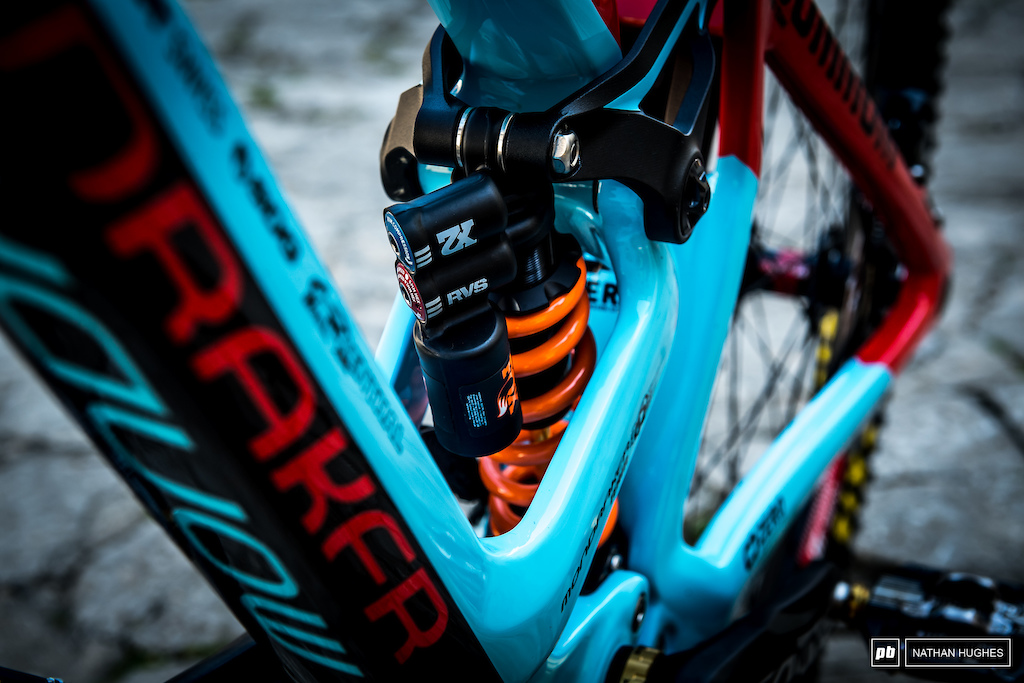 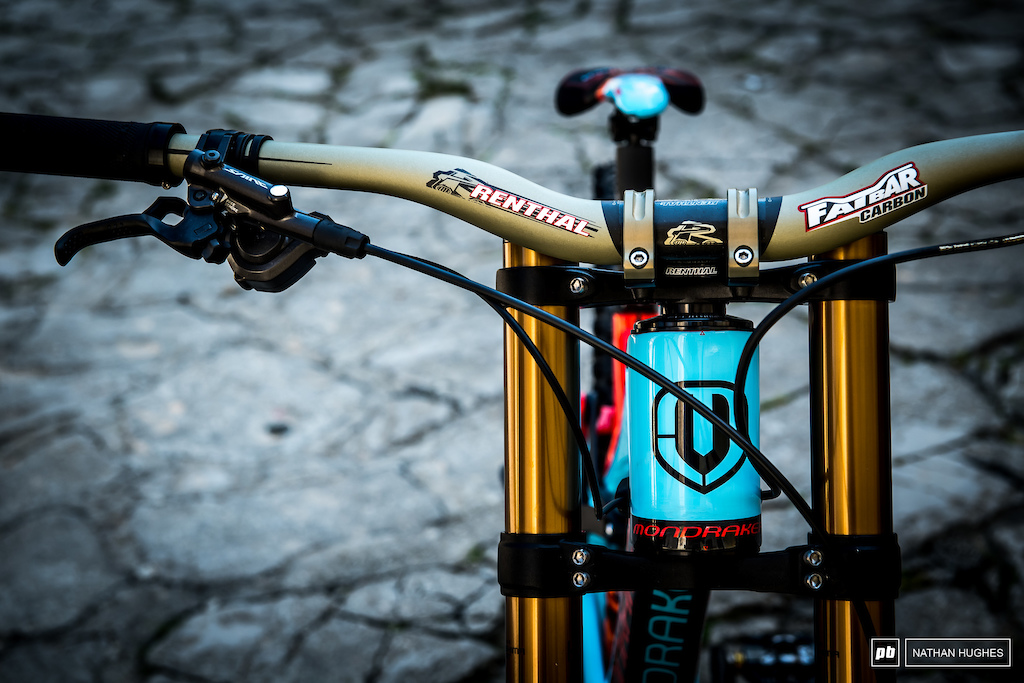 Fox Factory suspension. The fork is set up at 80 psi with 5 spacers. 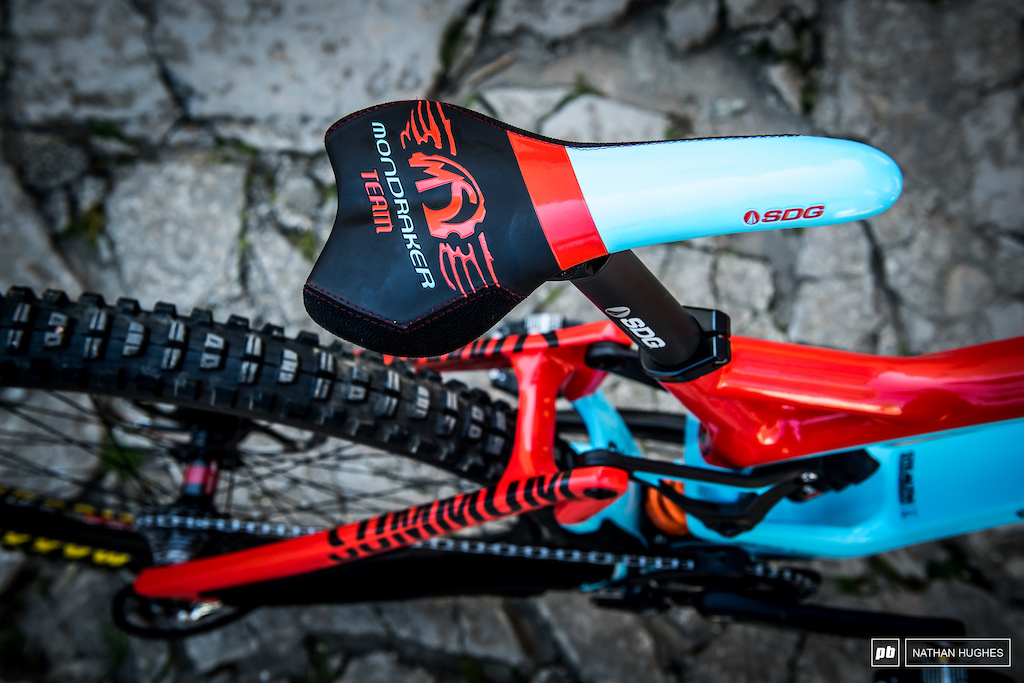 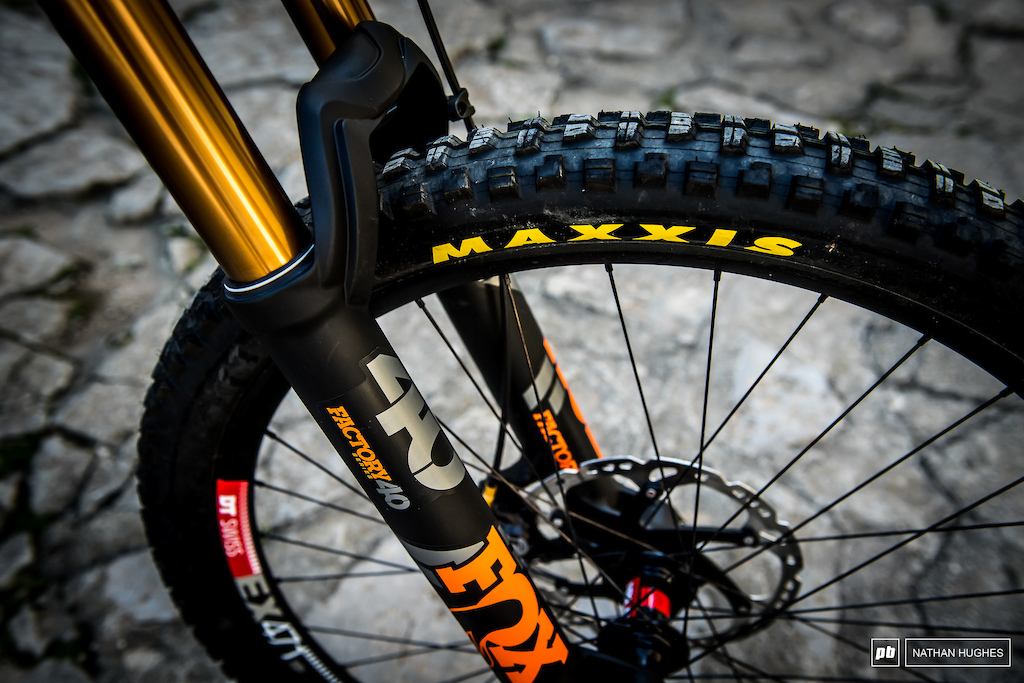 For tires, Brook is using the Maxxis Minion DHR II with no added protection in the way of core inserts. Pressures are 25 psi in the front and 28 psi in the back. 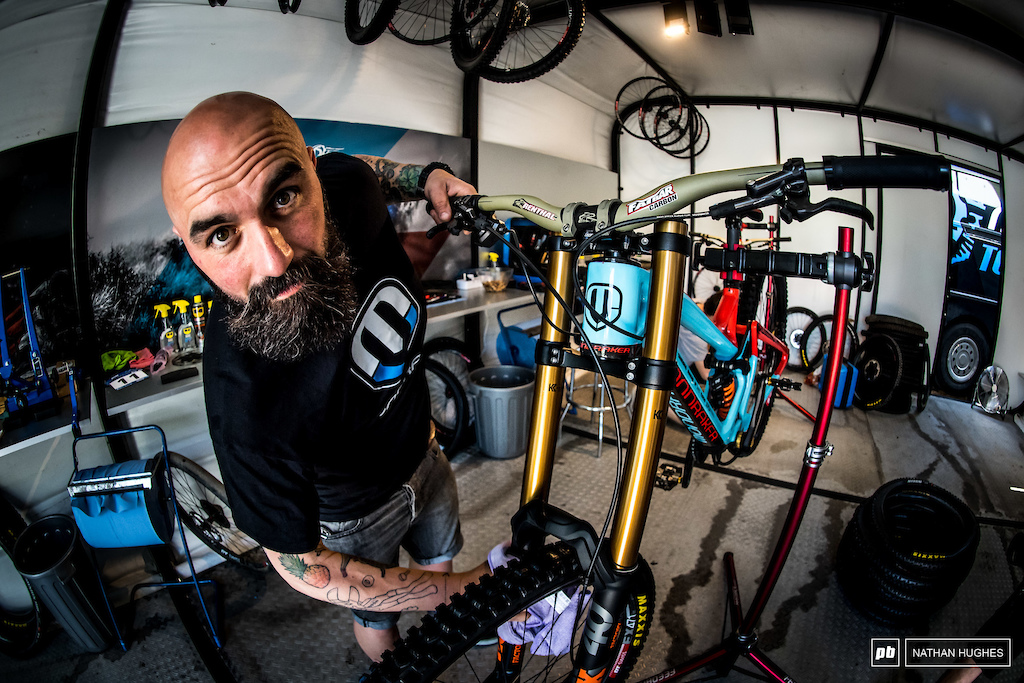 Polished up, dialed in, and ready to go. Will we see Brook take the top spot aboard his Summum tomorrow?

Brooke losing his foot before sending the gaps.......

richierocket (Apr 21, 2018 at 19:34)
"Brakes are bled every day to keep the absolute best feel at all times." Oooooooo, need me a mechanic or to wake my lazy azz up a little earlier every morning.

simonusedtoskate (Apr 22, 2018 at 4:29)
if you’re tuning in live beware, new uci rules mean Brook will be running at 19th not last man down. Way to go you clipboard toting muppets.

and i ride my bike at least 4 times a week.

handynzl (Apr 21, 2018 at 17:11)
And not allowed to roll out of the gate last having earned the right by being fastest qualifier. Might not even see his run in the live(ish) feed tonight. Stupid.

rockyjonny (Apr 21, 2018 at 16:39)
No finned Ice Tech pads on those brakes. Probably doesn't listen to the incessant rattling noise. Don't blame him.

GabrielDugas (Apr 22, 2018 at 9:17)
Wait, why would you do a bike check on Brook's bike? I mean, he started like what, 11th on the grid? He is not even a top ten ultraprotected, always last to go dude... Oh wait, he was first in time check AND first in qualy? UCI must have F****D something up like crazy. He deserved to be the last man on the hill. UCI are destroying everything good about DHI. I'm honestly more skoted with EWS enduro series than UCI dhi....

By the way, insane bike and well done for the quali. Sucks that you crashed in the race

Still a beast though!

wibblywobbly (Apr 21, 2018 at 16:26)
But I thought Shimano were the most reliable brakes ever? And that’s why they haven’t had to change the design in six years...

Asmodai (Apr 21, 2018 at 16:37)
they would bleed any and even the most reliable brakes on daily basis,shimano is fine