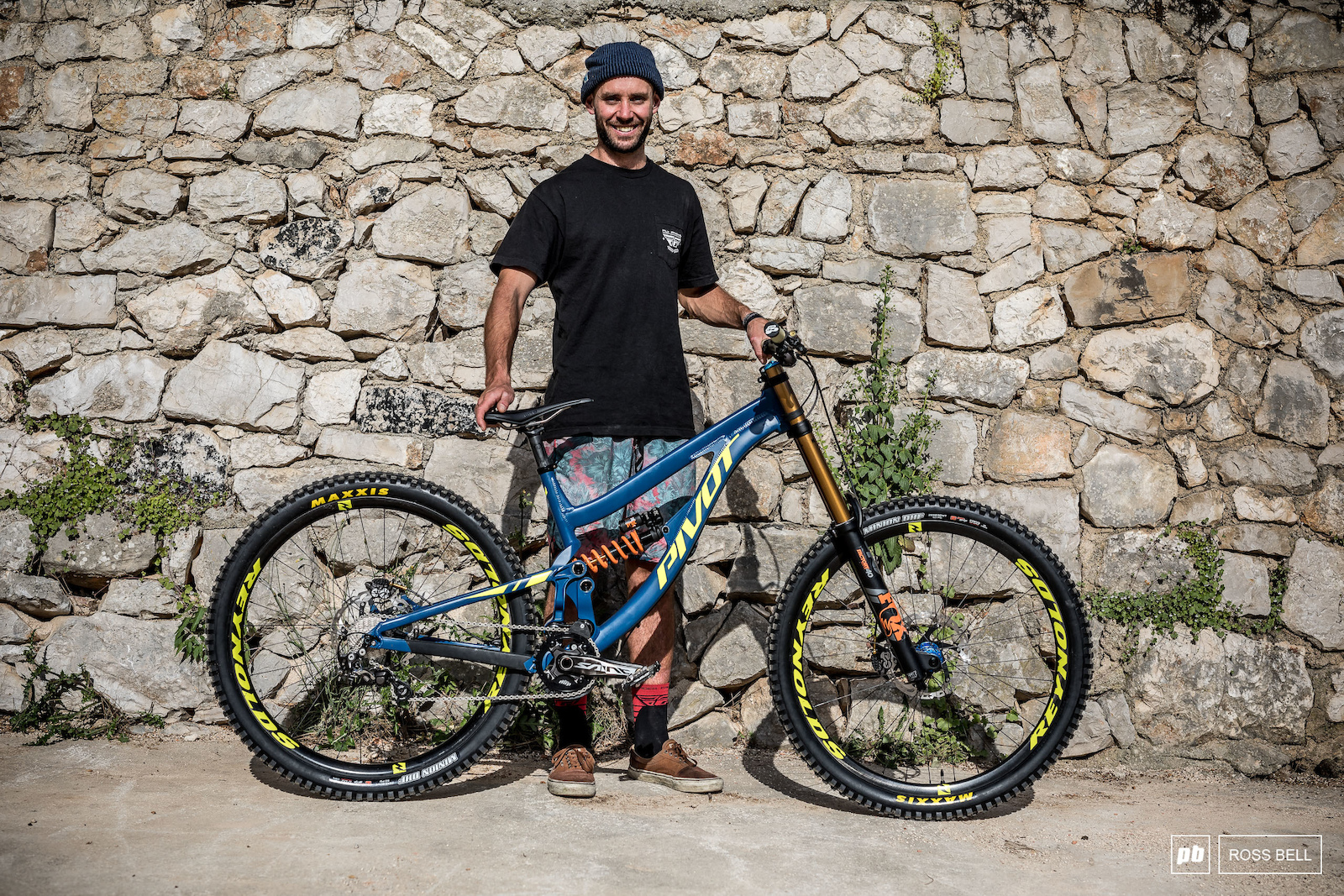 BIKE CHECK
Ed Masters
Pivot Proto 29er
Photography by Ross Bell
Ed Masters is taking on a full downhill World Cup season and as many EWS races as possible in 2018, a serious challenge especially after the Kiwi's years of back-to-back summer seasons. Having just returned from South America and the opening of the enduro season, Eddy went shot straight for the big wheeler, as it was the downhill bike he had spent the most time on previously. That said, he has been testing both wheel sizes through the New Zealand winter season, and says he will probably end up racing on both wheel sizes during the season.

Pivot's carbon Phoenix is still in production, and this could simply be a mule to dial in big wheel geometry ready for a fresh carbon production bike later this year. This bike has a dw-link suspension system which loses the yoke found on the Phoenix and houses the upper link inside the front triangle. The suspension is from Fox, and the rest of the build is covered by Shimano Saint, Reynold's carbon rims with Industry9 hubs, Maxxis tires, and a Renthal cockpit. Eddy didn't let on to the prototype frame's size, but at 6-foot he is using a +8mm reach adjust headset, whereas his teammate Rupert Chapman is using the same frame size with no change in length. 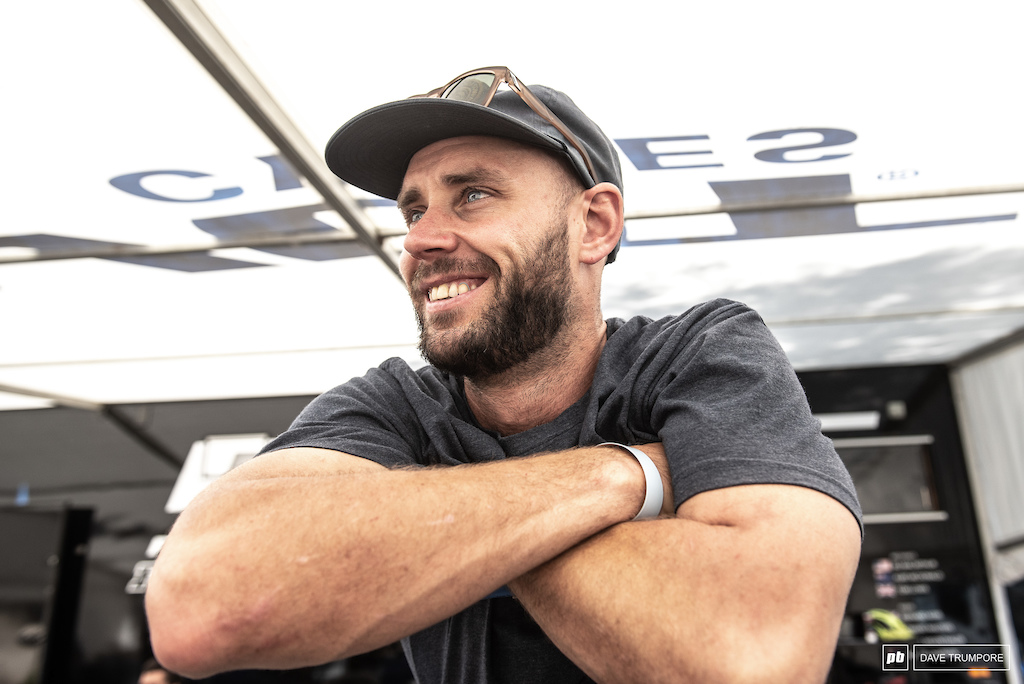 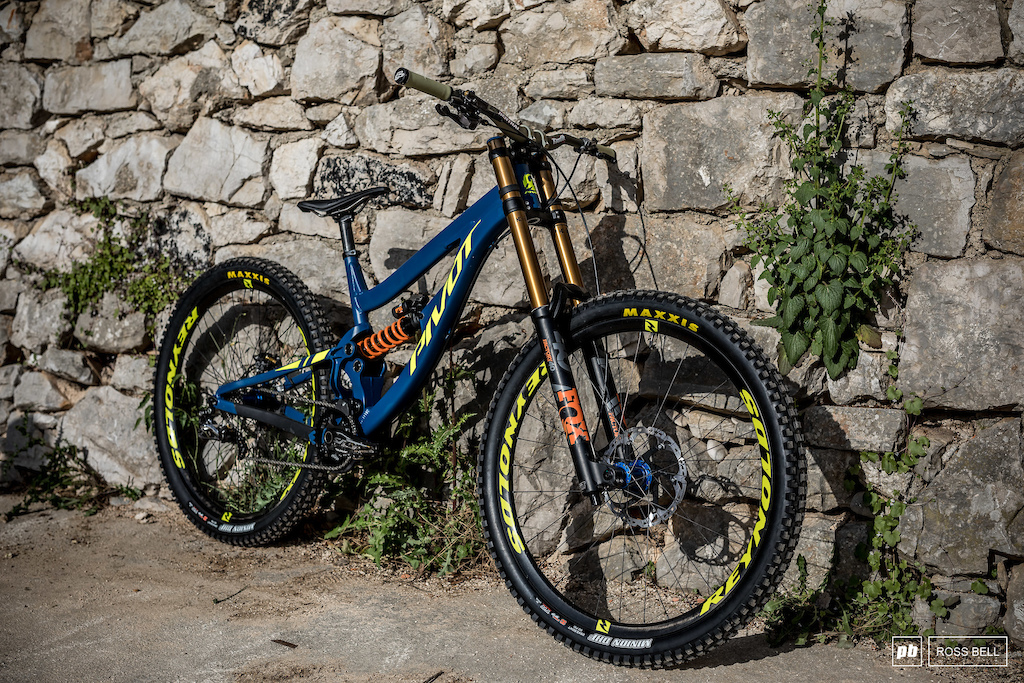 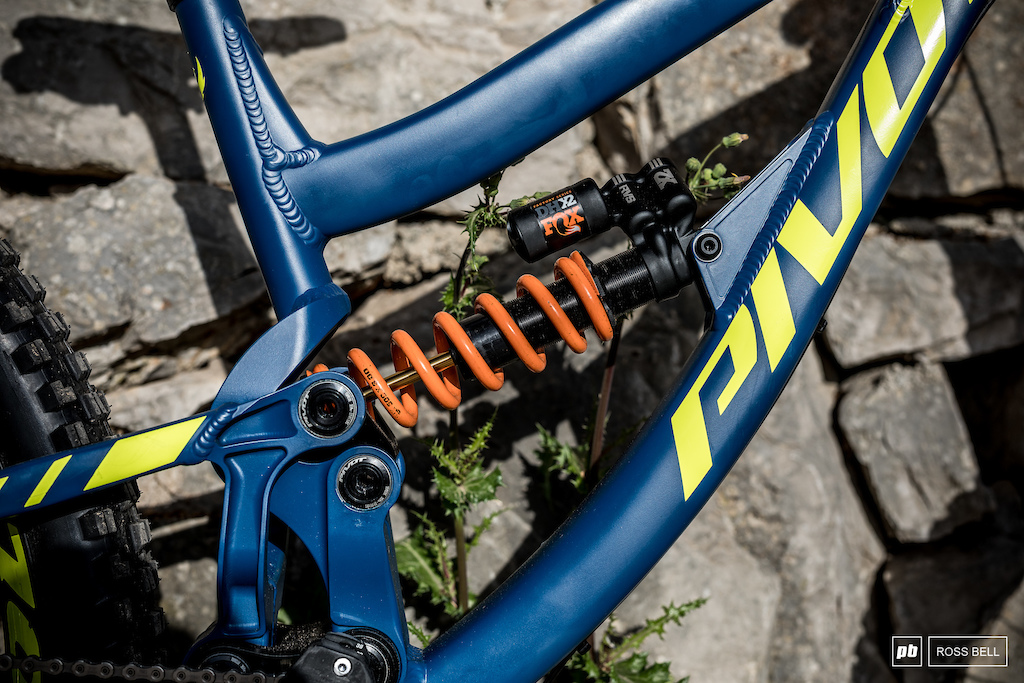 This prototype continues to use a dw-link suspension system, but this frame loses the shock yoke found on the Phoenix. This version houses the upper pivot inside the front triangle and tucks the lower portion of the shock under the seat tube. 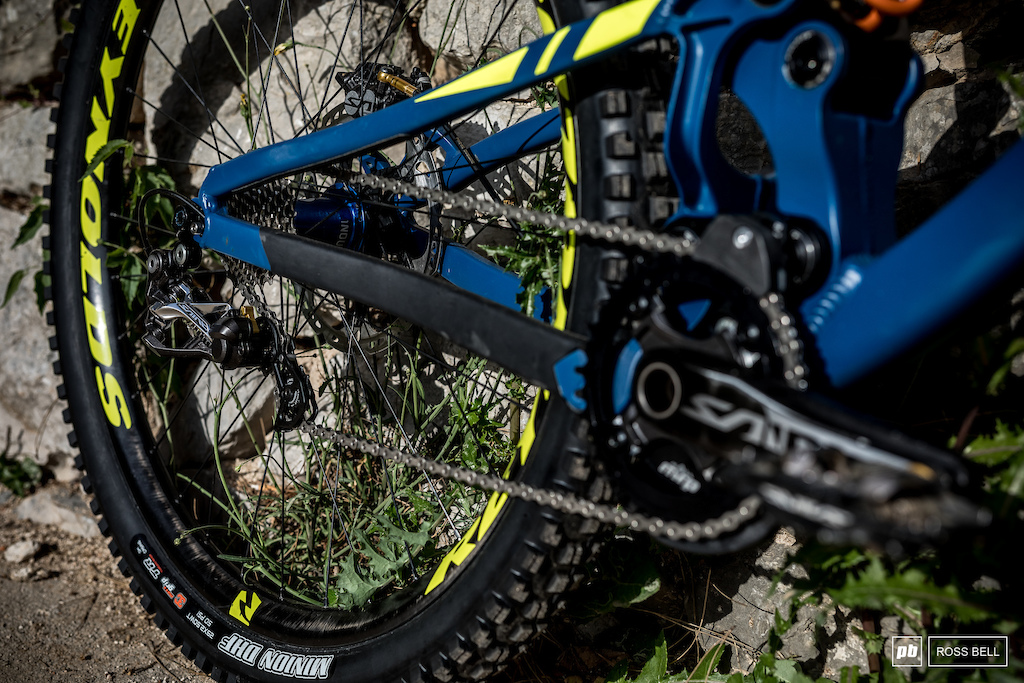 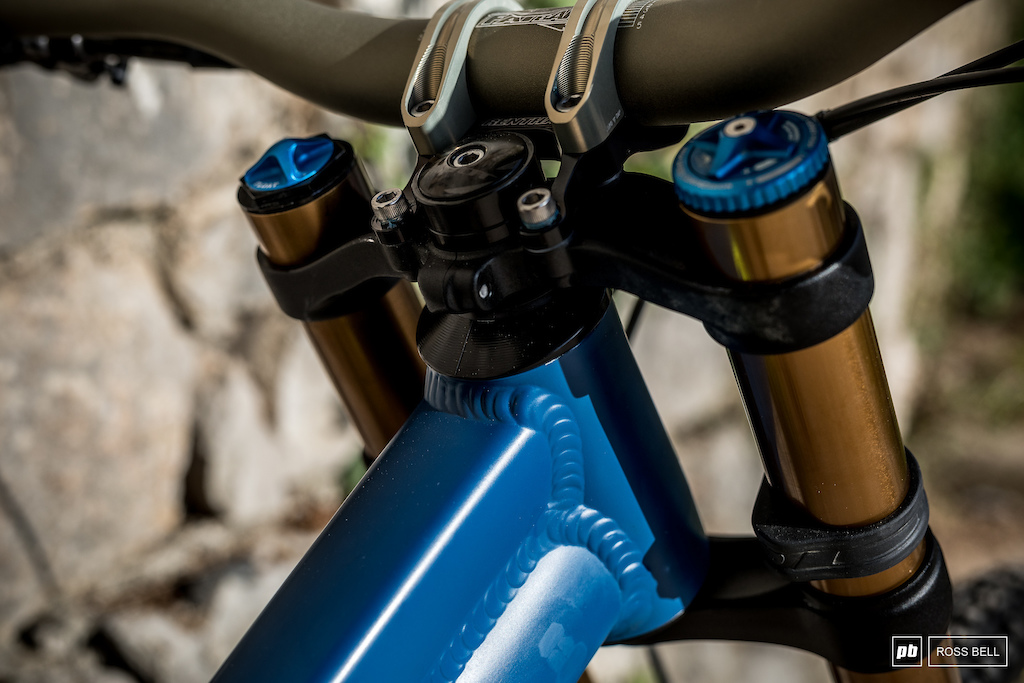 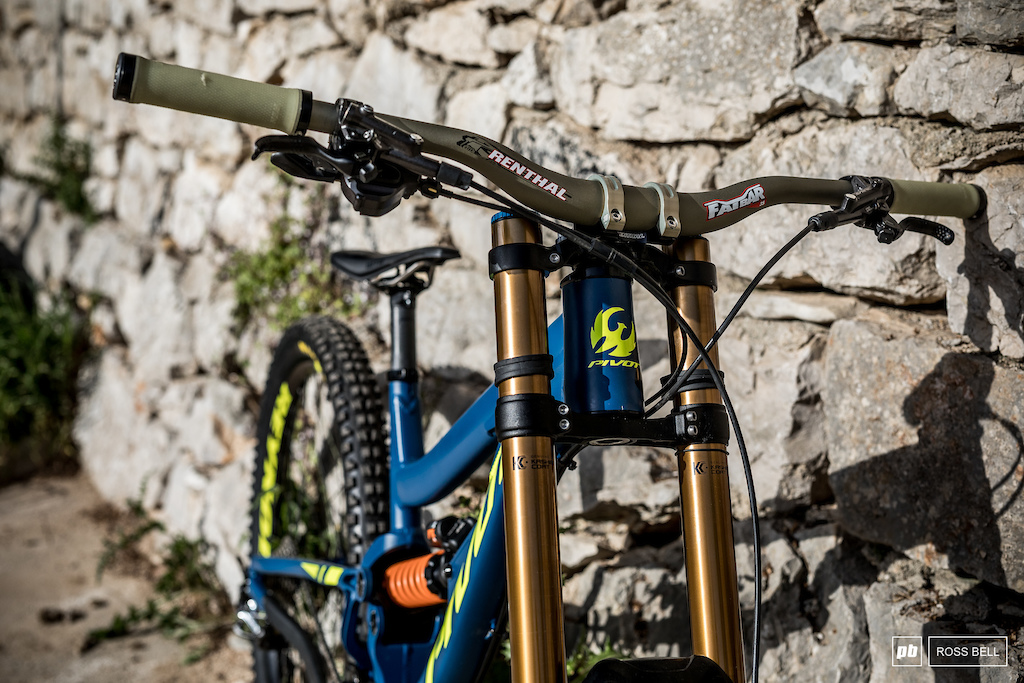 Ed's 30mm rise Renthal Fatbars are cut down to 770mm on all of his bikes. These are combined with a 35mm clamp Integra stem from Renthal in a 50mm length. Ed is also using a +8mm reach adjust headset to dial in the size. 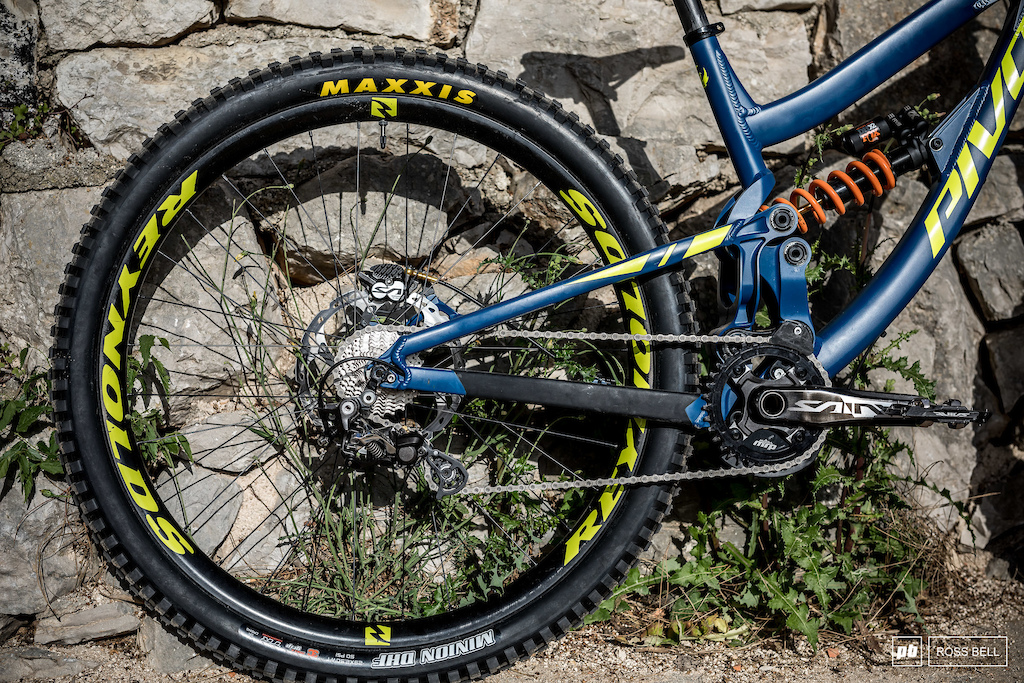 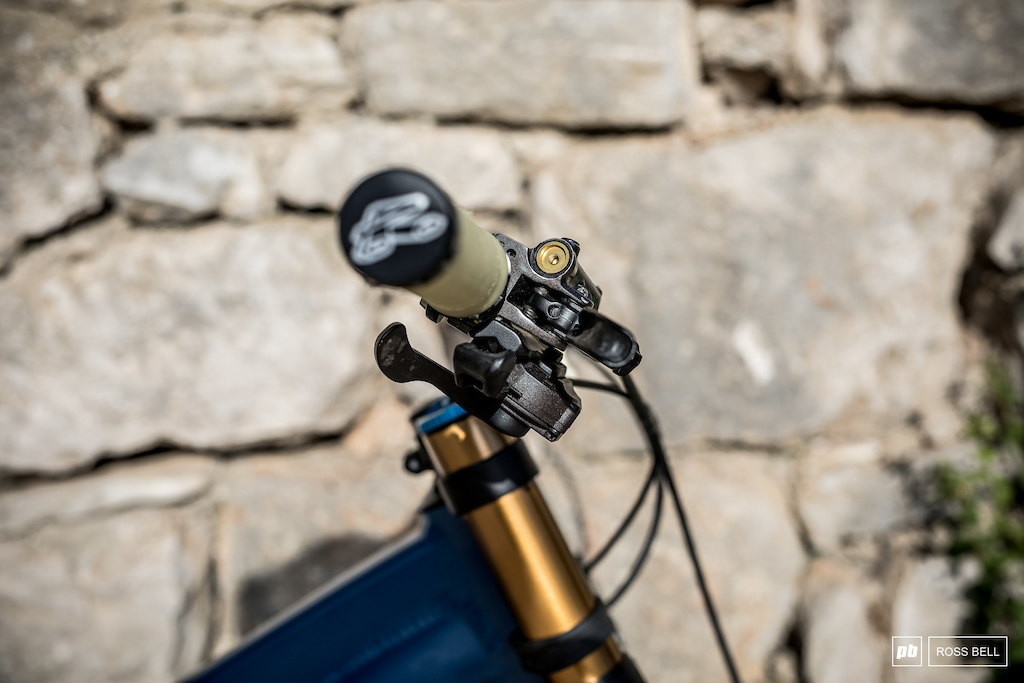 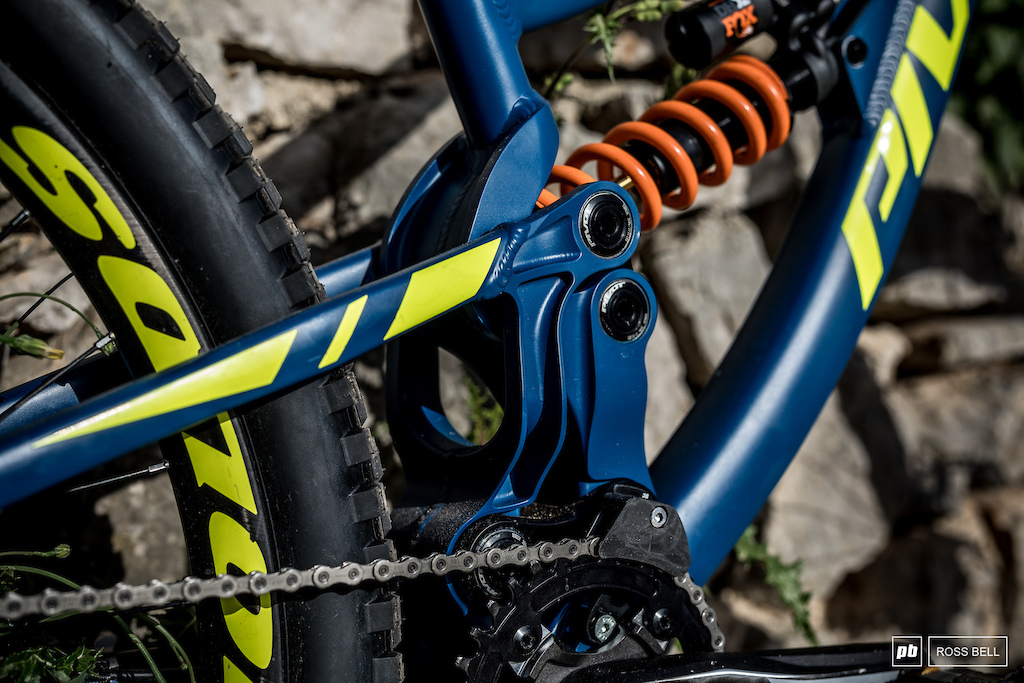 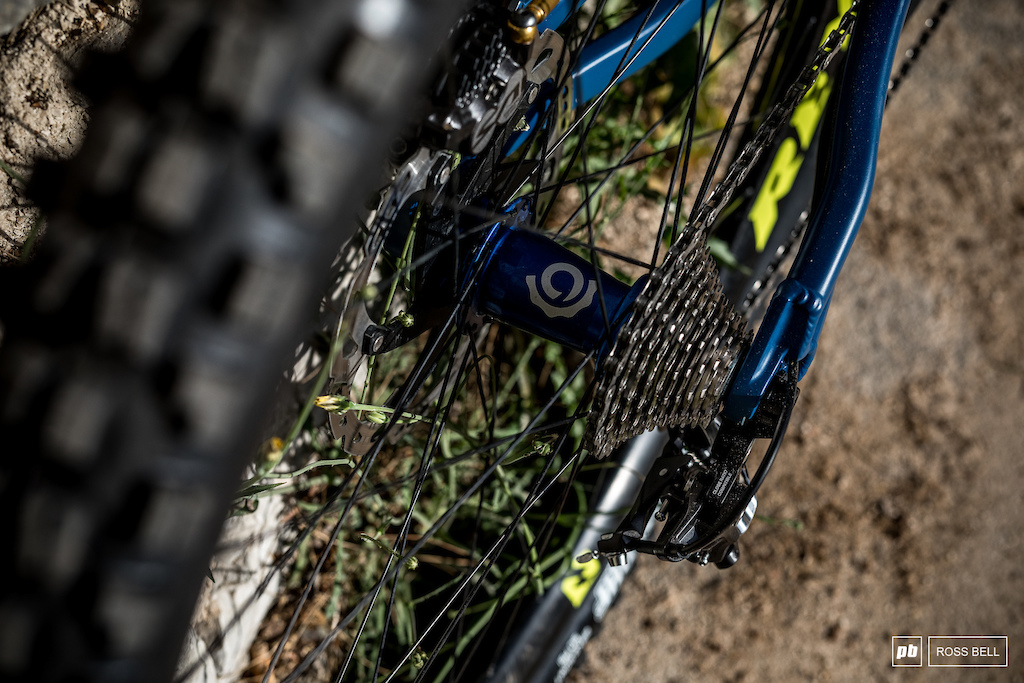 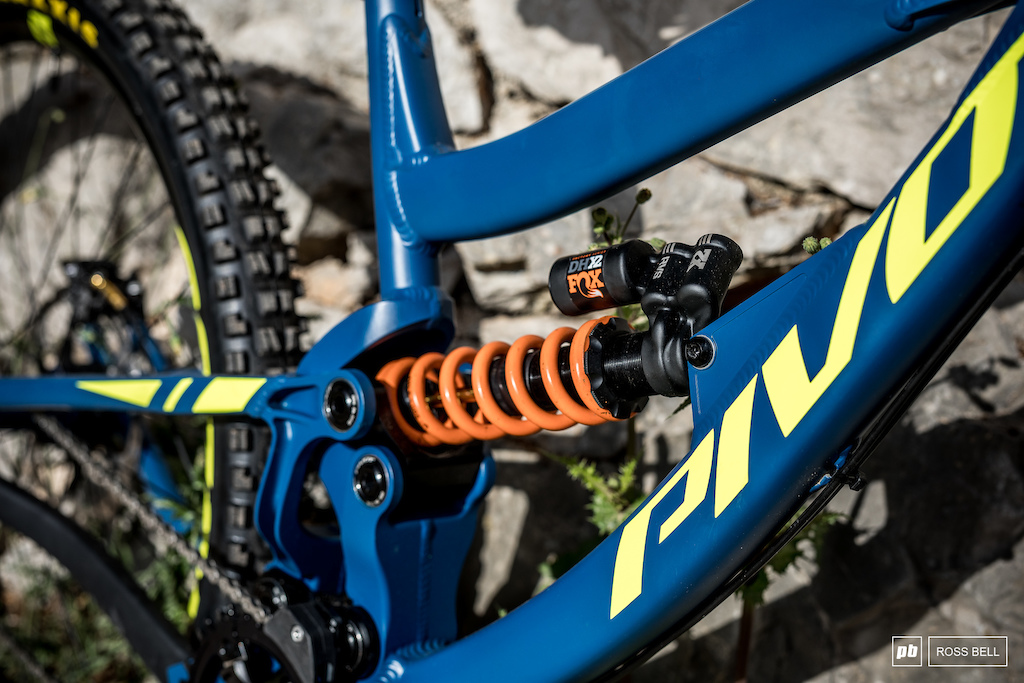 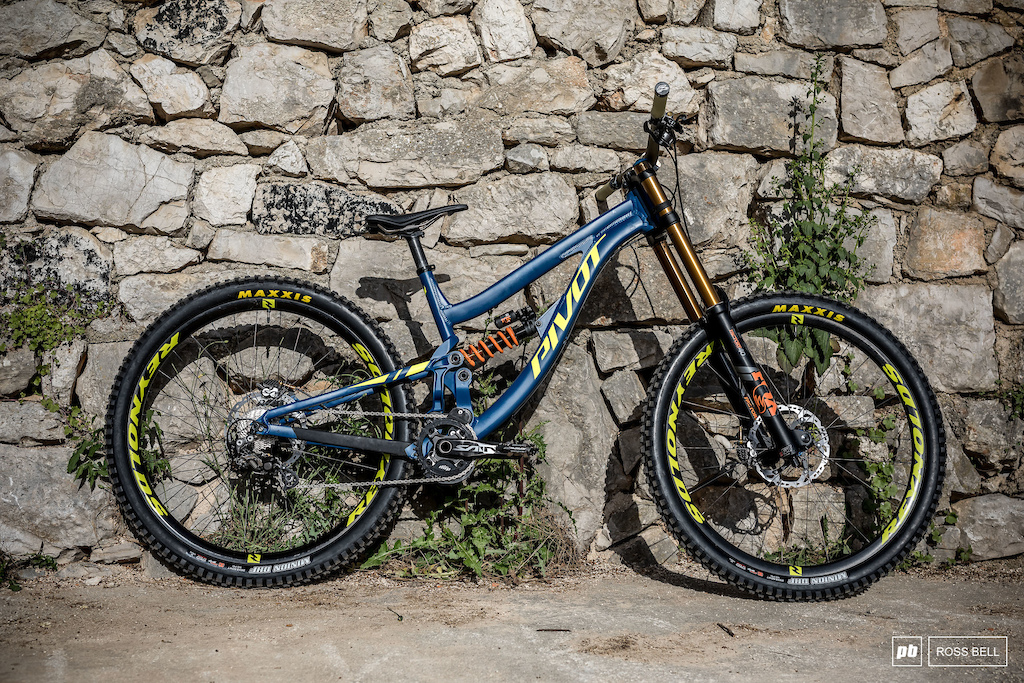 WAKIdesigns (Apr 22, 2018 at 1:33)
@millsr4: we had those conversations in 2010... carbon frames don’t need to give you signs, even a cracked carbon frame (even rim) can be ridden to a great success and then be fully repaired in your kitchen with expertize from a youtube video. Aluminium? Just get a new one as soon as you see a dent. Iwould agree with you if we were talking road bikes, forks and handlebars in particular, but not thick MTB frame tubing

millsr4 (Apr 22, 2018 at 4:30)
@WAKIdesigns: With all due respect I couldn't disagree with you more... we may have had this conversation in 2010 but unfortunately we are still using the same same manufacturing techniques as then too... It cracks me up to see 20 year old processes passed off as cutting edge and then charging an arm and a leg for it! Carbon for road frames makes sense, the material is strong and stiff but it lacks toughness and road bikes don't really need this, they don't go tumbling down hillsides through trees on a regular basis. Mountain bike frames on the other hand need to take a beating and toughness is a key attribute for a component that can take as much of a beating as a frame does. Just because the cross section of a layup is thick, it doesn't necessarily make it any safer/stronger. You have fun on that YouTube fix of a frame, me on the other hand, I'll trust my life to a bike that I know is still safe to ride!

WAKIdesigns (Apr 22, 2018 at 4:49)
@millsr4: Let’s just agree to disagree and I hope the weekend at your place is as beatiful as here where I am sitting on the bench. Anyhoo, enjoy the rest of the weekend. All the best whatever you ride.

millsr4 (Apr 22, 2018 at 4:54)
@WAKIdesigns: That's probably best since you seem to be almost as hard headed as I am! It's supposed to be beautiful here today so I'm looking forward to a ride after watching the first round of WCDH this morning! All the best!

but it survived quite a lot considering 2kg of weight. I doubt any sub 3kg alu frame would survive repetitive casing on 7-8m jumps.

millsr4 (Apr 22, 2018 at 19:12)
@bohns1: Going strong until its not with no signs before it's too late... your previous cracked frames could be down to lots of factors not just the material, namely design and riding scenarios(Like Waki going case crazy). As someone who works for a major aerospace carbon manufacturer, I'll stick with metal for my frames...

GawiQ (Apr 21, 2018 at 7:27)
Large sizes look better on 29 wheels indeed. Beauty of every single thing comes from the right proportions

RedBurn (Apr 21, 2018 at 7:12)
I personally loved his bergamont 29er from last year in Fort William.. Quietest bike I ve ever heard on video

CaliCol (Apr 21, 2018 at 10:19)
I still go to the archives and watch his fat bike video featuring McDonalds and Queens “Fat Bottomed Girls.” Still can’t get use to him with no hair, though.

srjacobs (Apr 21, 2018 at 6:47)
They quote his height in feet, but his weight in kg. Just waiting for the shit-storm from metric and imperial fanboys alike!

luke-bighit (Apr 21, 2018 at 9:02)
prefer the classic frame design of the phoenix. this looks too much like a transition to me.. but the colour is so nice.

Hill-Seeker (Apr 21, 2018 at 3:10)
Apparently all of last year's DH season and all the offseason rumors leading up to this season. Many fast guys running 29. Hart and Gwin on 27.5 still if the last round of info is to be believed.
Post a Comment