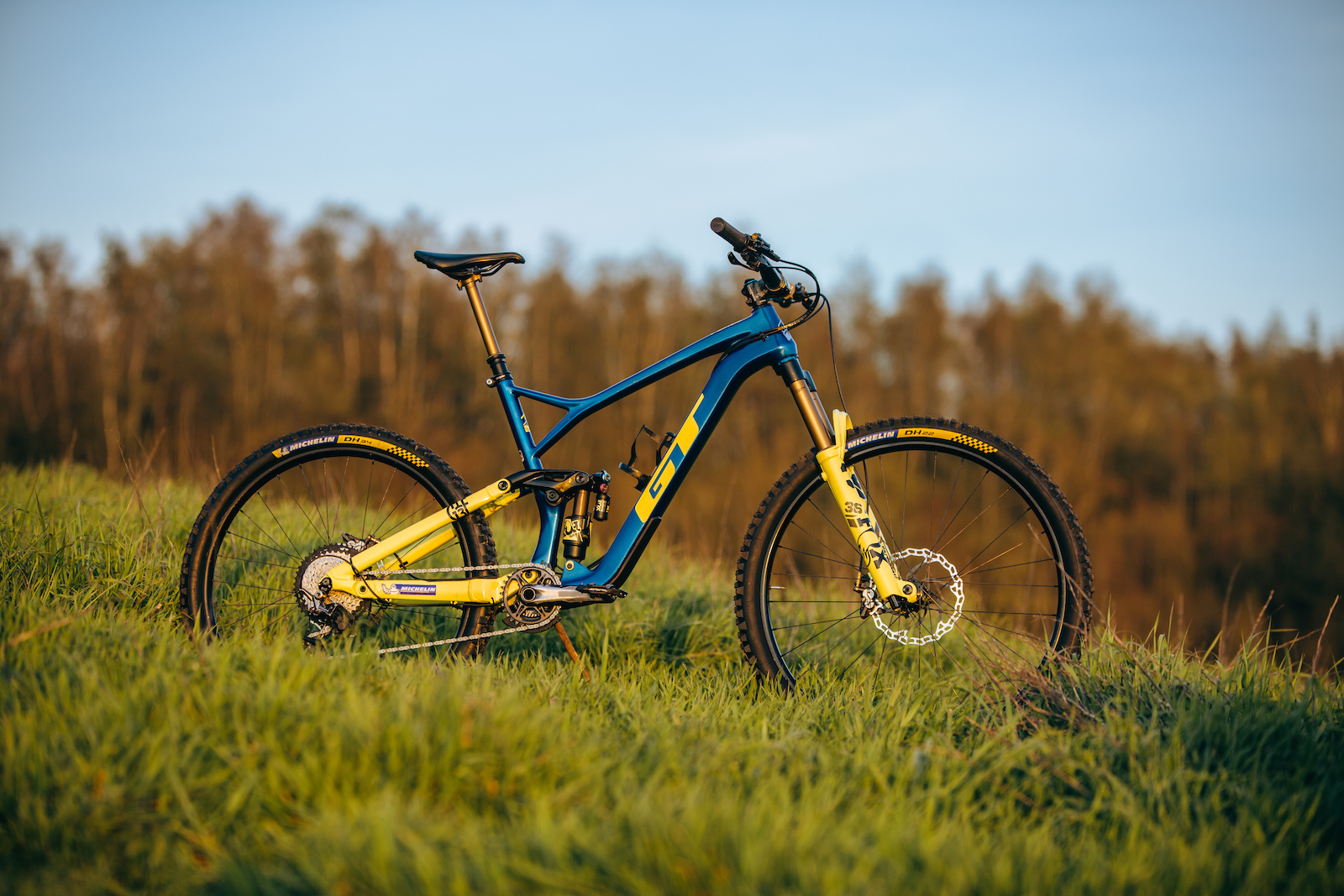 BIKE CHECK
Gilles Franck's
GT Force
Photography by Thomas Theunissen
Gilles Franck is a Belgian EWS racer who recently built up a custom GT Force that is painted to replicate a 1997 GT LTS. Over the last few years, Gilles had a successful stint in the U21s, finishing consistently in the top 10 in 2020, and will be moving up to the big leagues for 2021. We caught up with him with a few questions about his racing and to learn all about the new bike.

How did you get into racing?

I’ve started riding in Patric Maes’ mtb school at 12 after playing basketball during my childhood. After a few years of just having fun on my bike, going racing was an obvious choice. Then I followed the process to race my first EWS in 2017. Many destinations, trails and dream results later… Here we are!

What are your race plans this year?

After a satisfying 2020 season with a 4th place in U21. I am as motivated as ever before to do well in my first-year elite and racing all the EWS rounds. 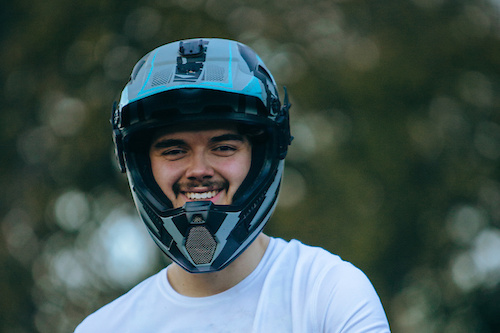 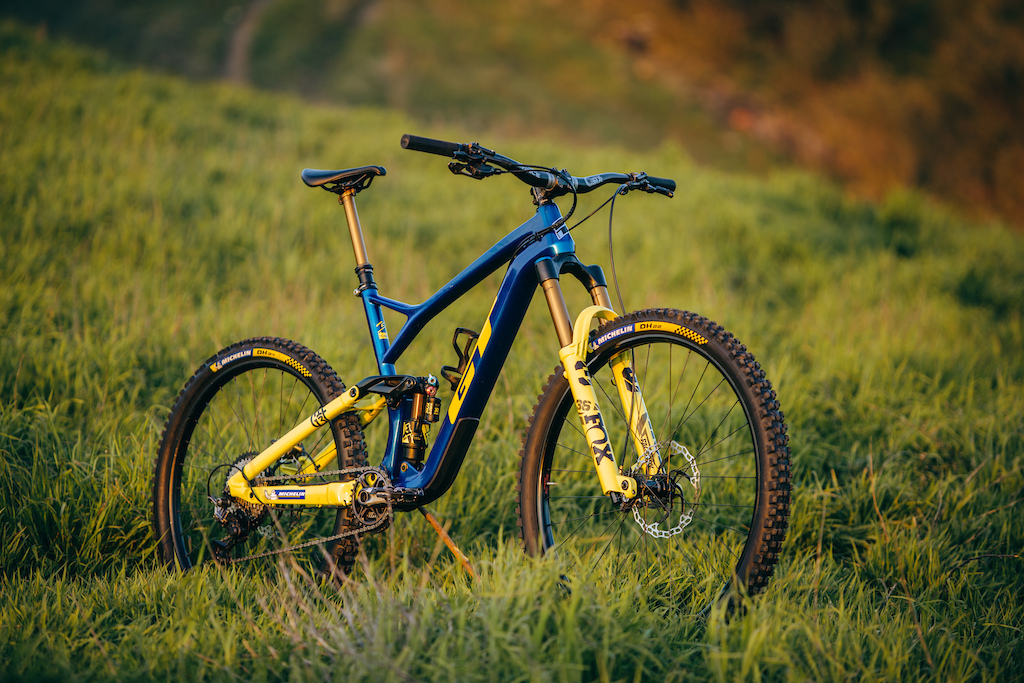 How did you come up with the idea for this bike?

I have been riding with Martin Maes’ ex bikes since 2017. For this season however, I was going to get my first new bike in long time. And as I already had a similar looking bike last year, I decided to make this new one special.

It is a mythic bike from GT, the colours are matching perfectly with my Michelin tires and in a time where retro becomes fashion again, I had to make this one! 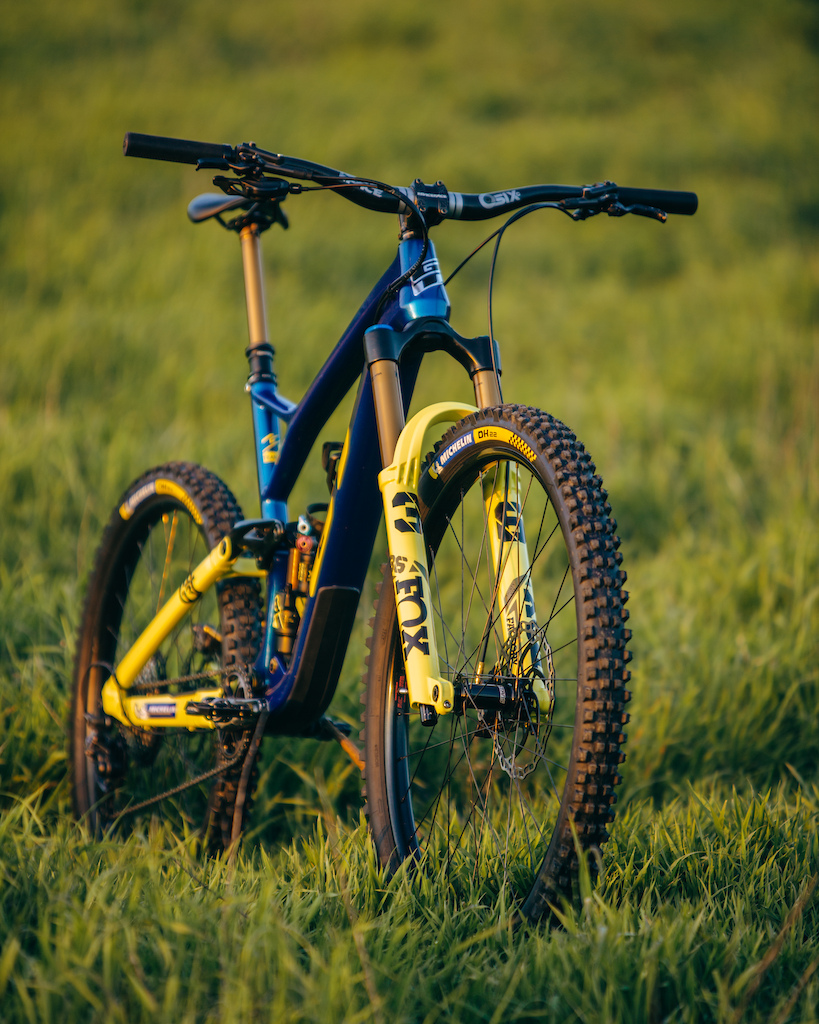 What was your favorite part of the build process?

The drawing is always the most exciting part because I have the shape of the bike in front of me and I’m like “OK now everything is possible.” Then I also really like when everything is ready on the workbench and the build starts… Every detail must be thought of! 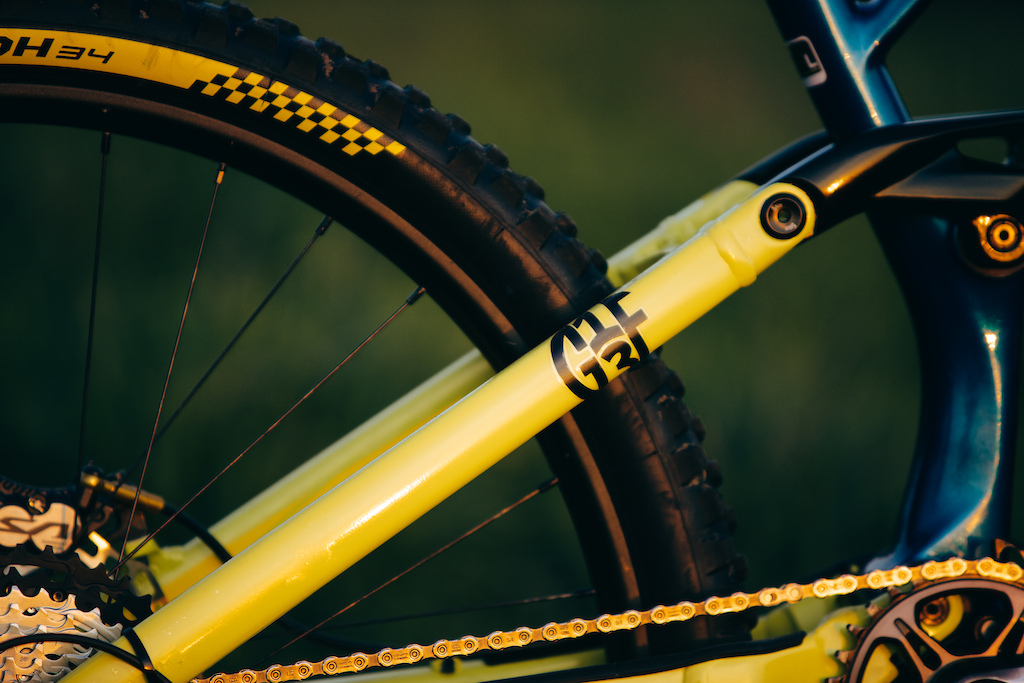 Gilles' friend did the paint work, but Gilles plans to learn how because he says this won't be his last project. 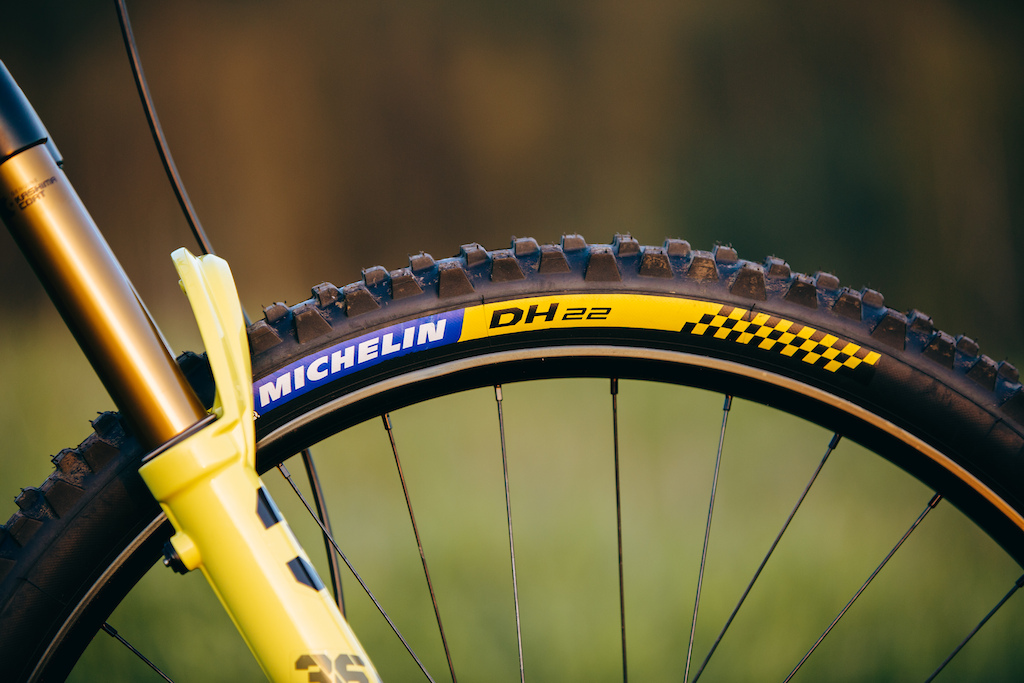 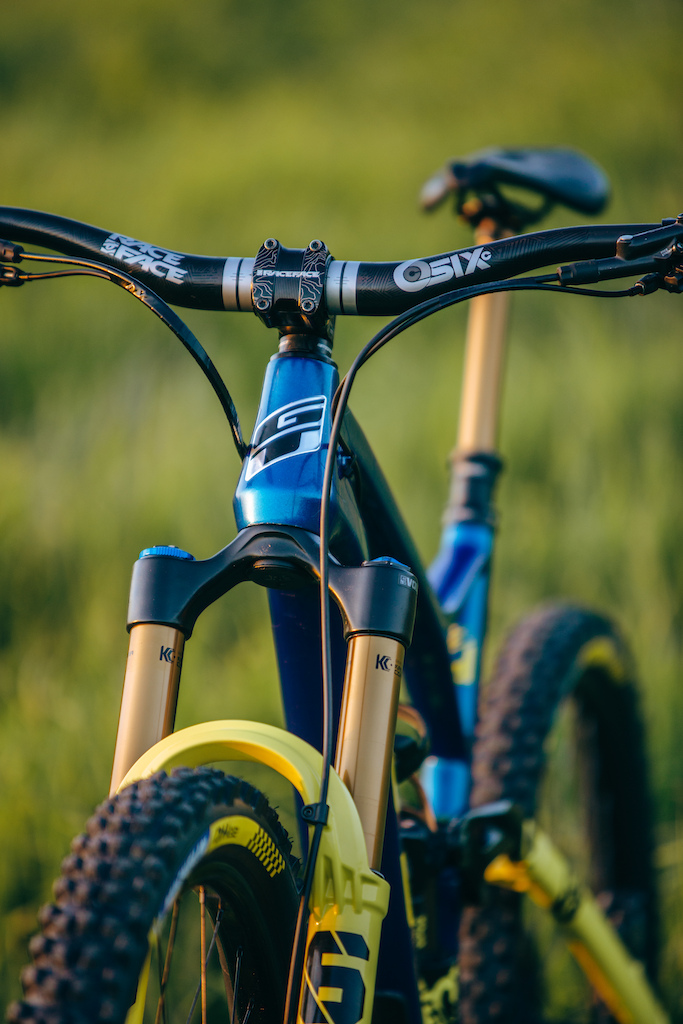 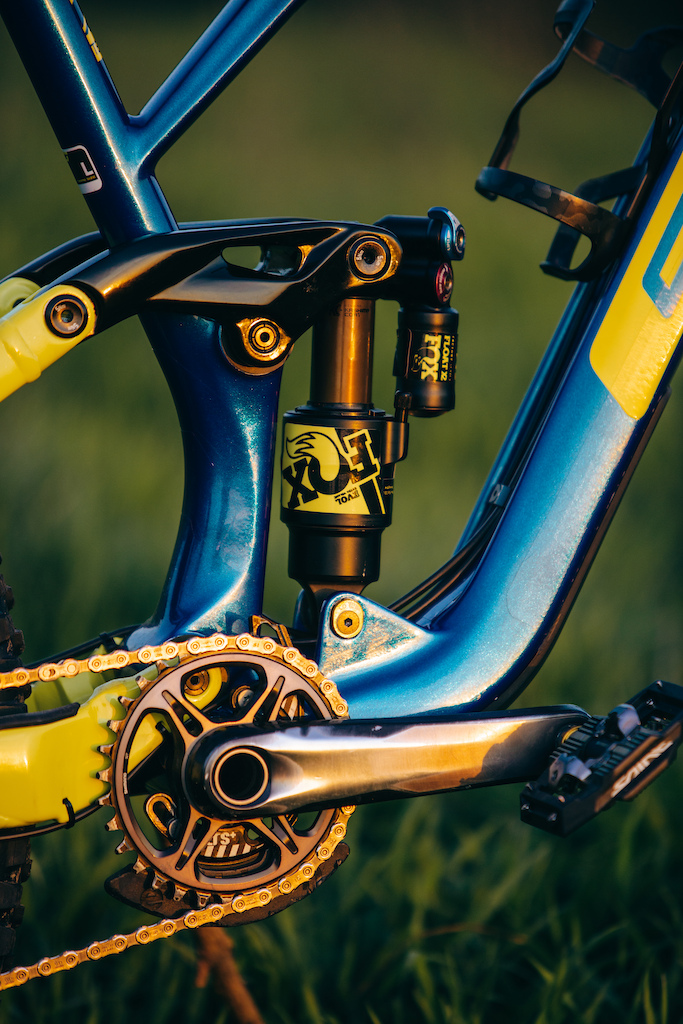 The inspiration for this bike, the LTS-5, shared some basic characteristics with today's bikes and built a foundation for the suspension designs we have today. 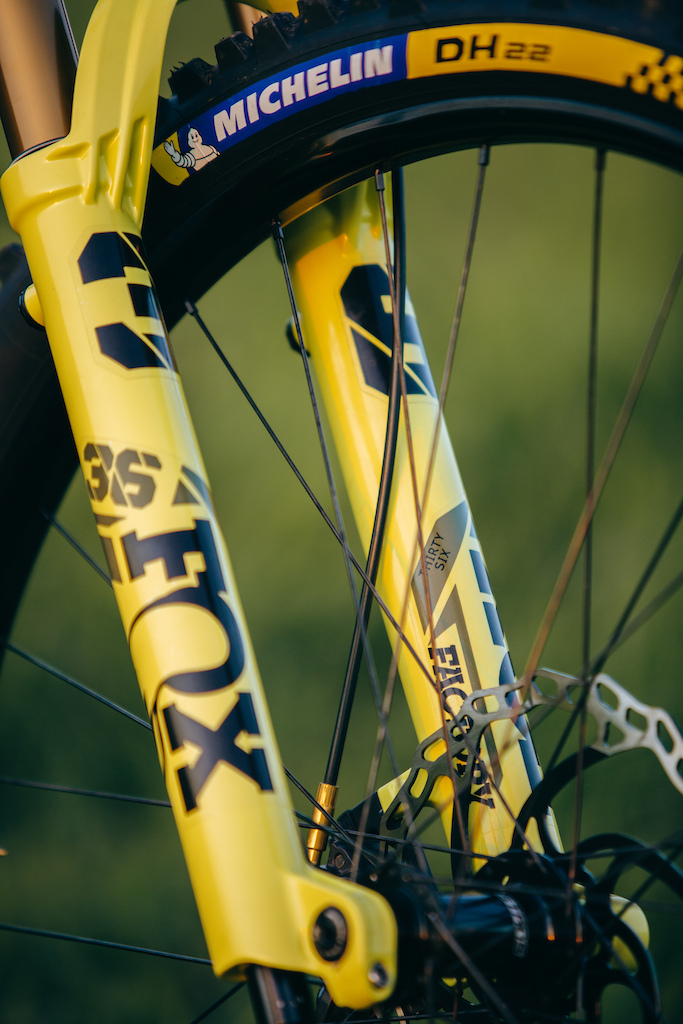 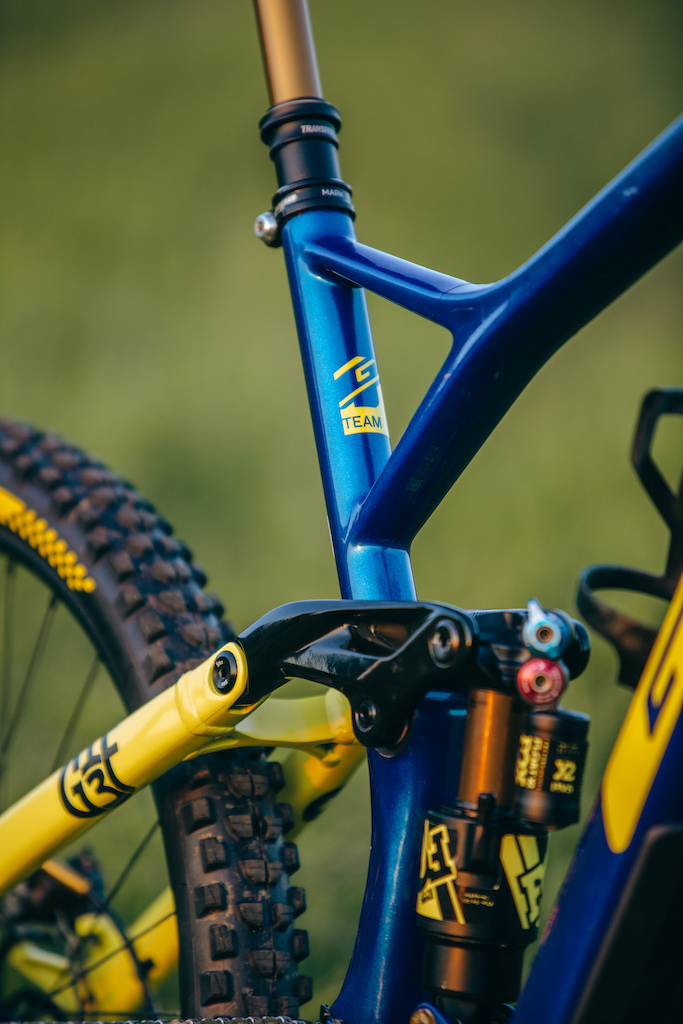 A light yellow Fox 36 ties the bike together so nicely and contributes to the retro look. 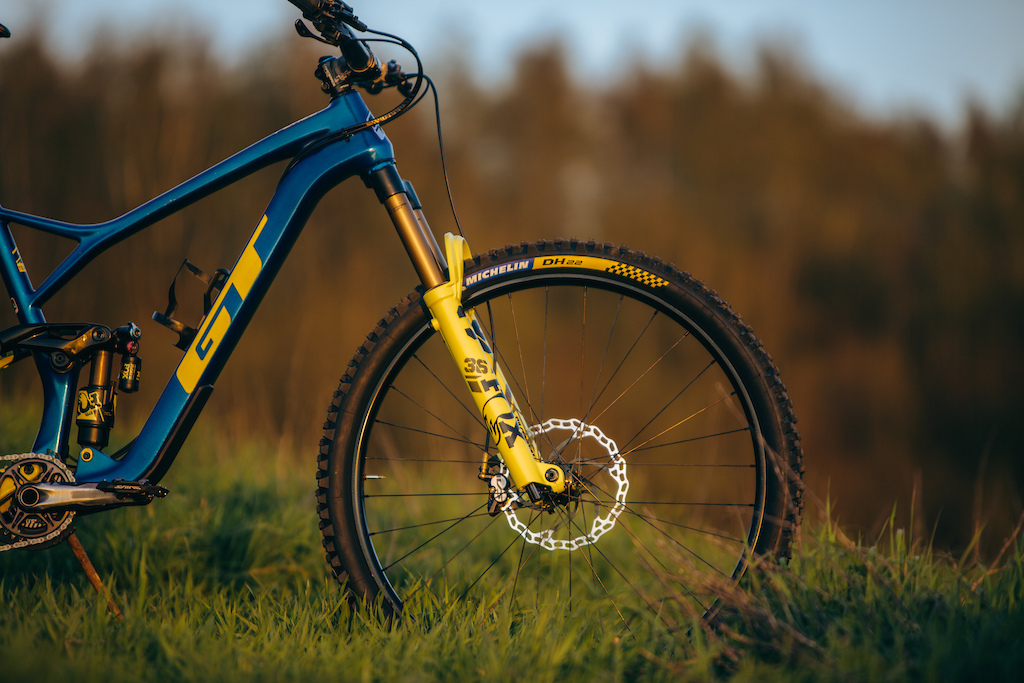 Fun fact, it was a race against time to get it on time before leaving for a riding trip in Madeira. I had the idea quite a long time ago but getting parts during a bike scarcity is an adventure itself. I got the last part the day before flying, gave a call to my friend Thomas Theunissen who was free that evening and made some banger shots! Then it was time to unbuild it to fit in the bike bag.


We look forward to following along as Gilles takes on the EWS this season. It's great to see a modern bike pay homage to its roots. 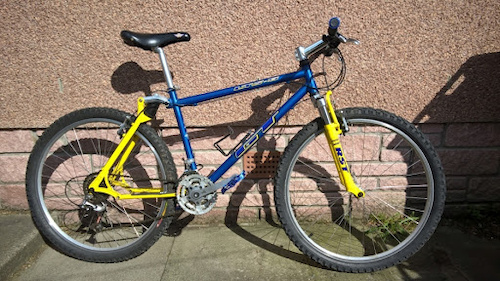 SATN-XC (Apr 30, 2021 at 10:17)
awesome color scheme! love it... that said,I couldn't locate an image of a 1997 GT LTS that matched, it looks like most were brushed aluminum. There was a 1999 prototype Y frame GT that was the same blue but not sure that was ever raced or available. Any back story on this particular color?

SATN-XC (Apr 30, 2021 at 10:49)
@warntz: thanks for the link! my google image search only brings up the brushed aluminum version. Wonder if it was a color variant not available in the States

It was the bottom of the line LTS with Alivio and STX drivetrain, an RST fork and literally, an elastomer donut in the rear. Original retail about $750 or the same as the Judy fork on the STS.

I do love the build though, and I have some sort of nostaligia towards GT and Diamondback.

That catalogue was the first bike catalogue I ever got my hands on. Pure smut!

SurfHenk (Apr 30, 2021 at 14:37)
Just another example that there is always more than one solution to a problem. In today's episode: "how to match your tires logo to the rest of your bike".
Either:
- sharpie the logo with a black marker;
- choose other tires;
- repaint the rest of the bike to a matching scheme;

howsyourdad (Apr 30, 2021 at 12:11)
Yeah it was the lowest LTS of the lot if i remember. I was 16 at the time and it wad the inly one that was possibly obtainable. Cool though and I wish I owned it

cypher74 (Apr 30, 2021 at 14:11)
If he wanted a retro LTS look he should have gone for either red forks, raw carbon frame sliver swing arm or black forks and silver frame.

But I suppose that wouldn’t match the little sticker on his tyres.

So doesn’t that make this a Michelin themed bike?

arna86 (May 1, 2021 at 12:23)
You’ve not missed much with the LTS - I had one for a few years back in the late 90’s/very early 2000’s and whilst I had fun with it at the time, the back end was laughably flexy. It ate bushings at a rapid rate too, probably as a result of all of the stress on them from constant twisting!

jgainey (Apr 30, 2021 at 14:37)
Just looks like everyones warrantied rear triangles during Covid. (mismatched thanks to shortages)

Warburrito (Apr 30, 2021 at 17:56)
There was a whole article on elastomers a few weeks ago in grips, stems, handlebars. Me thinks he should incorporate at least one.

There were better colour schemes he could have copied for the ‘97 models.

Maybe that particular bike meant something to him.

giantwhip (May 1, 2021 at 7:04)
Better is subjective. You have your colours and he has his. No need to announce it to the world

MrPeaski (Apr 30, 2021 at 10:13)
So this blue and yellow bike has been PAINTED to replicate a 1997 GT LTS, which is raw aluminium and yellow. Lame replication, could at least paint the frame silver.