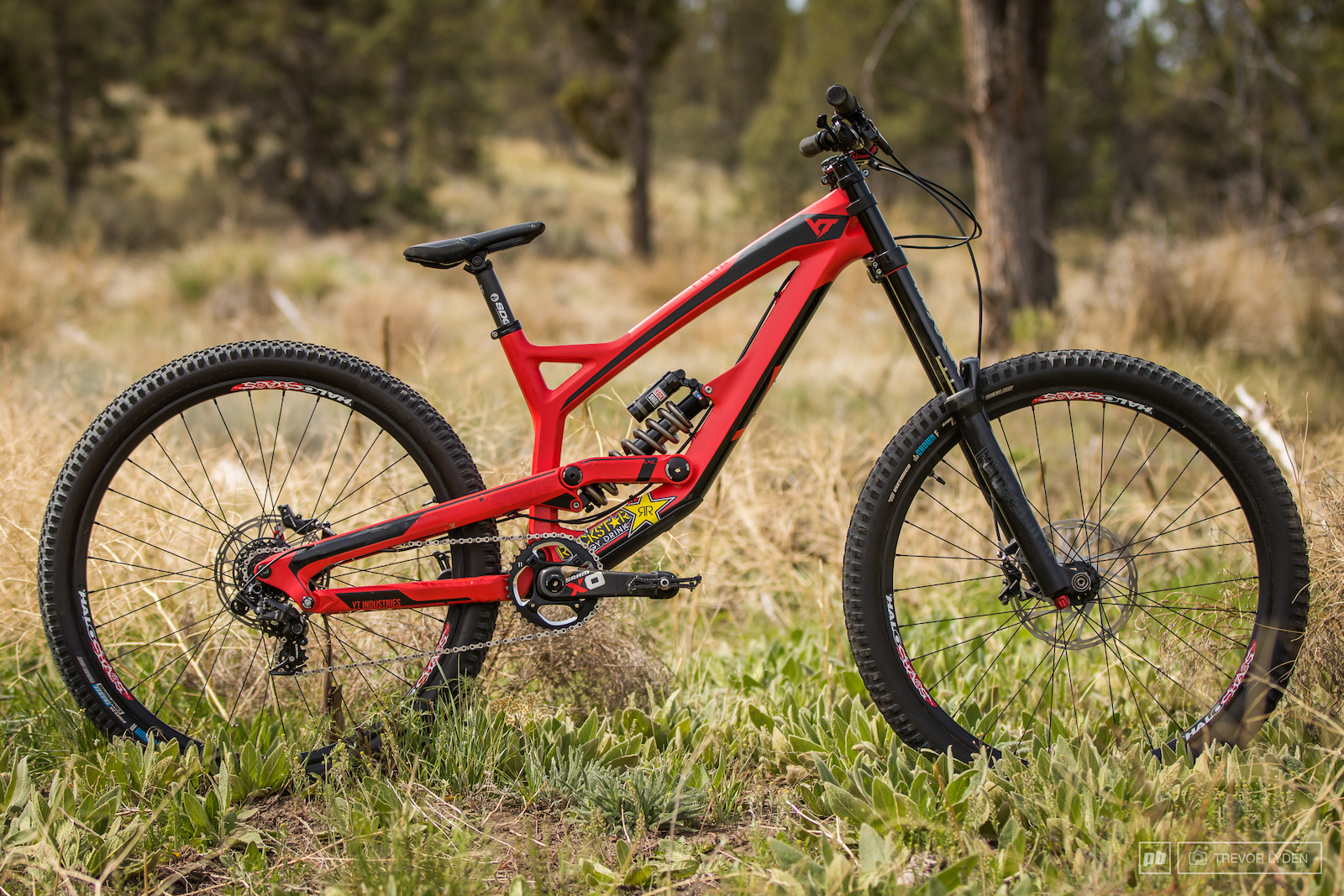 Jordie Lunn has been rough AF for a long time now. Originally gaining fame as a world class downhiller, he later turned his focus to slopestyle and freeride. Jordie has been the innovator of many tricks and was the first mountain biker to land a cork 720.

In addition to film projects with The Collective and Anthill, Lunn has recently been the star of the Rough AF series, and we're stoked that Jordie is riding Fest events this year.

Jordie's current bike is a production model YT Tues. The majority of the bike is stock, with a few key changes. The saddle has had the nose shortened so that it can be run farther forward without being in the way. A lighter weight tire has been added to the rear to help with extra rotations, and Jordie is running a heavier-weight titanium coil on the shock to stiffen things up for those large hits. 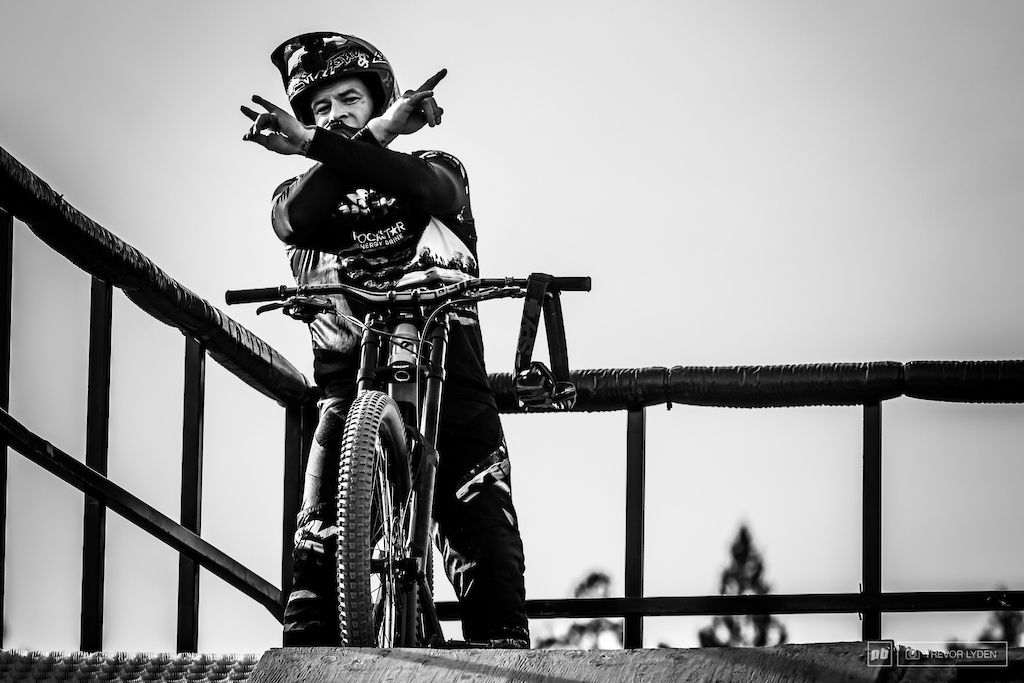 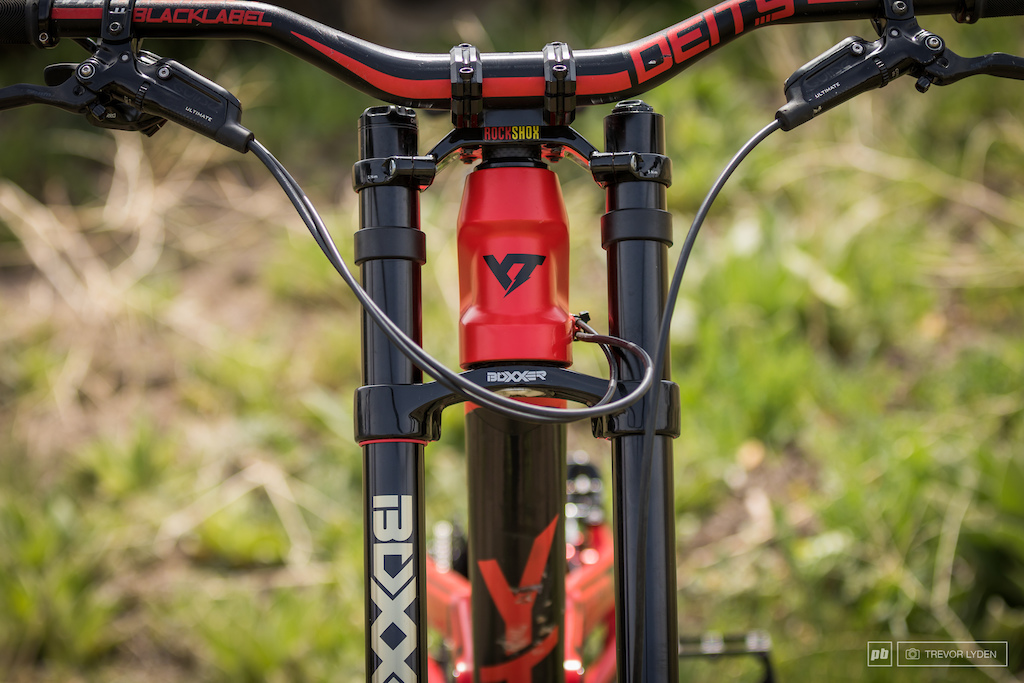 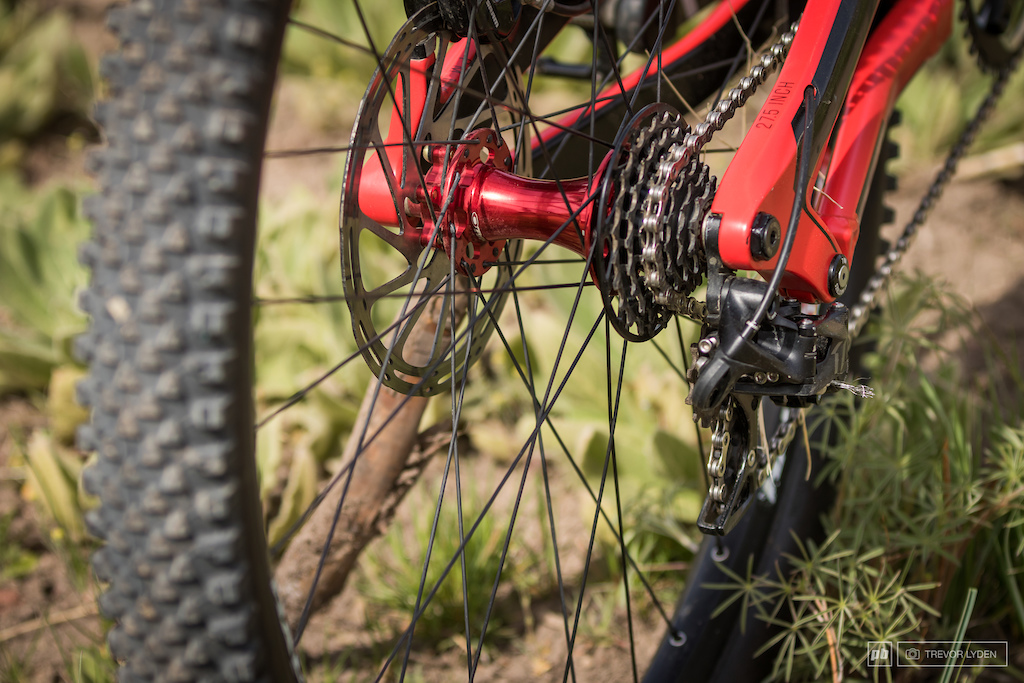 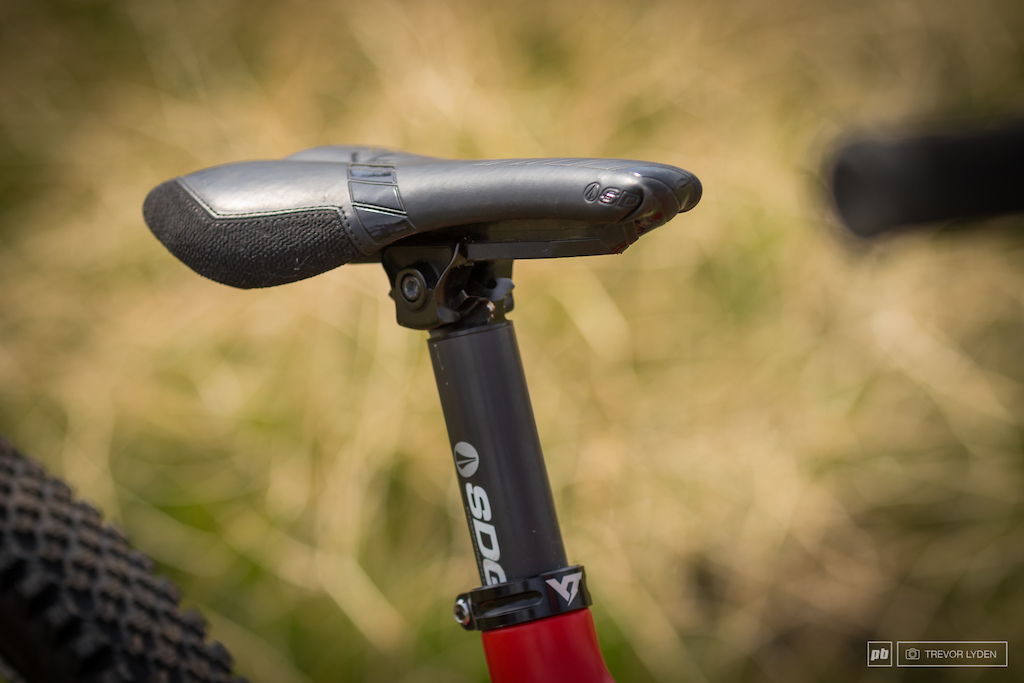 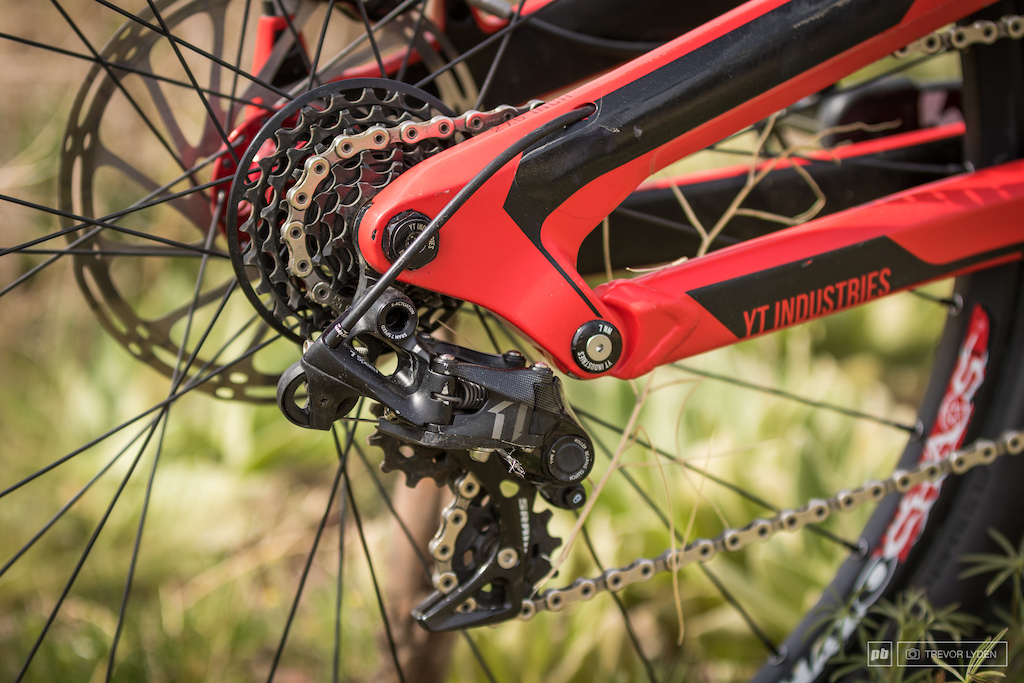 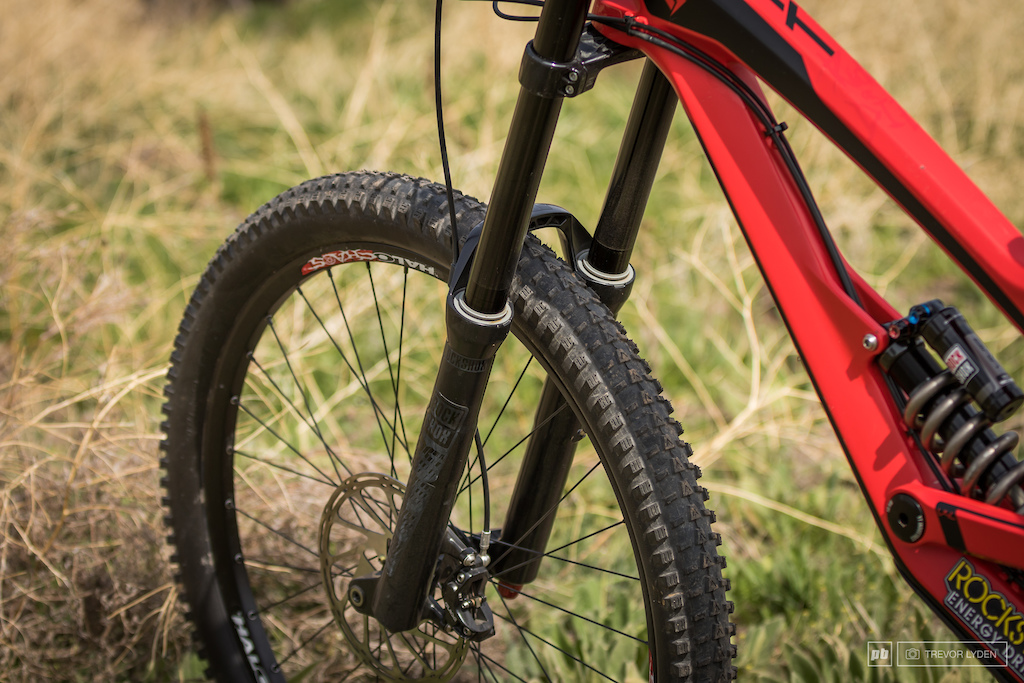 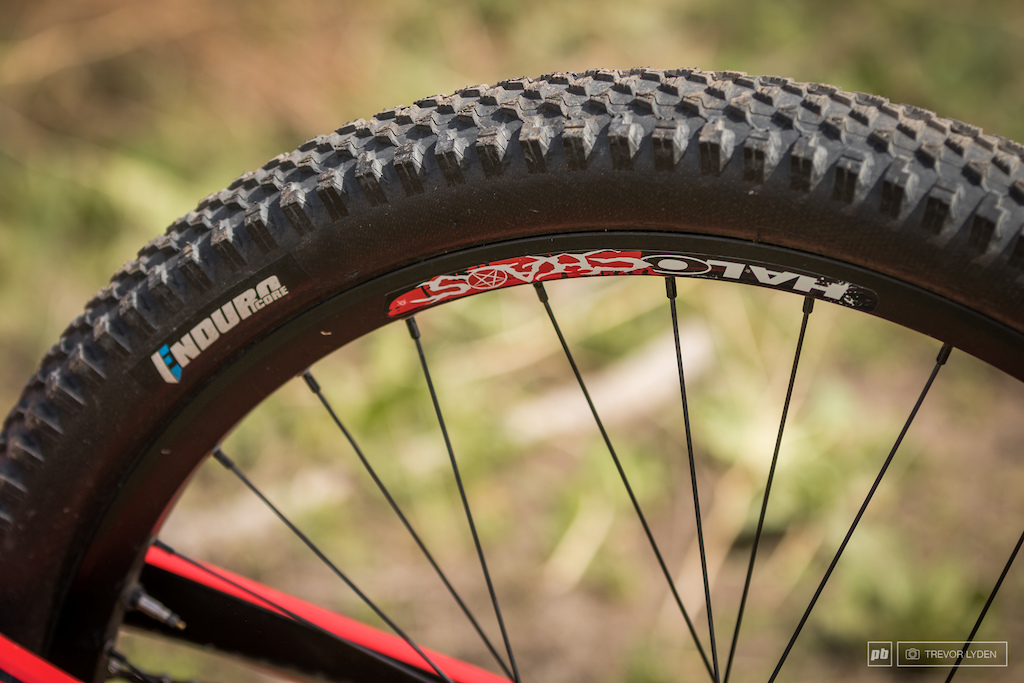 artistformlyknowasdan (May 10, 2018 at 10:03)
that frayed cable is driving me cray cray - other than that go kill it Jordie!

Avid? There is no Avid Guide Ultimate.

TrevZ (May 10, 2018 at 10:04)
That's not an aluminum frame, that's a CF frame. The lower chainstays and linkage are the only aluminium bits. Source: There's one a couple feet from me right now.

TrevZ (May 10, 2018 at 12:55)
Lol the writer removed my comment when I mentioned it's a carbon frame not aluminum and then changed the info to carbon, that's hilarious. Curious whether the 7 speed not 8 speed posts will get removed as well!

gramboh (May 10, 2018 at 13:05)
Curious what air pressure/tokens/rebound/compression he runs on the World Cup fork and what weight spring on the Vivid? He's a big dude that goes hard AF, would be cool to know.

zirkman (May 10, 2018 at 11:30)
@arrowheadrush: Pointing the levers down helps keep them out of the way when doing one-handers/no-handers. You don't have to worry about your finger tips hitting the levers when you are trying to get your hands back on the bars.

loganflores (May 10, 2018 at 20:51)
There a lot of reasons to have your levers like that for instance when standing it’s a better position if your sitting half the time you might compromise to be more comfortable sitting. As well as what :zirkman said and bar spins and truck drivers

nojzilla (May 10, 2018 at 22:11)
@loganflores: yep, these guys ain't gonna be hitting steeps or chutes on a fest course, an probably only braking at the end!

COACHBIGSTIXXX (May 10, 2018 at 10:57)
internal cable routing?
Below threshold threads are hidden