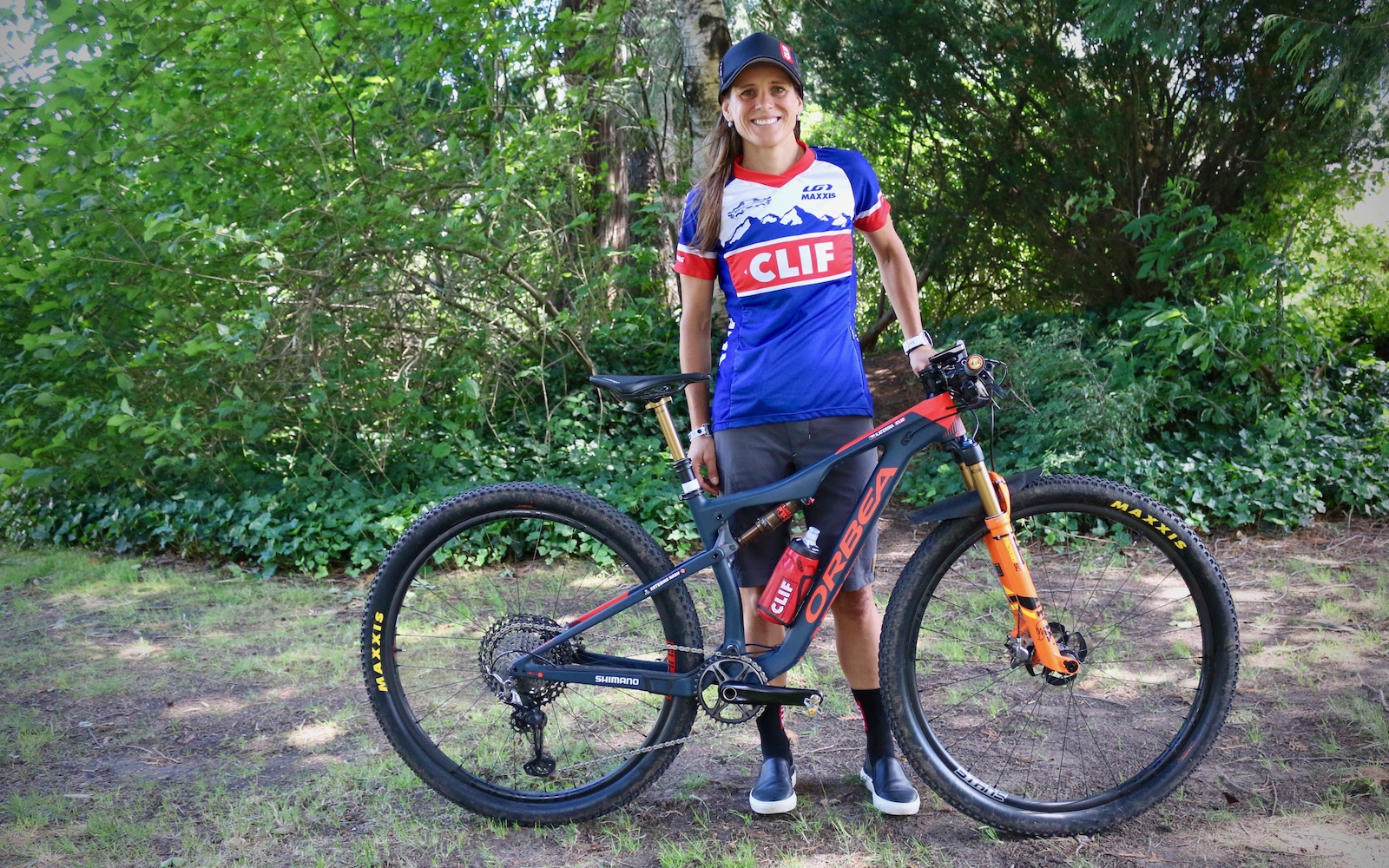 While the men's winner was a BC Bike Race rookie, this was Katerina Nash's fifth go at what's become a classic cross-country stage race. Nash, who has plenty of World Cup experience and five Olympics (!) behind her, wore the yellow and black leader's jersey from the outset, winning the first day's prologue and extending her gap all the way to the final day's finish line in Squamish, BC.

That's where I caught up with her (after she stopped pedaling, of course) to look at her Orbea Oiz, a bike that's not a common sight here in North America. 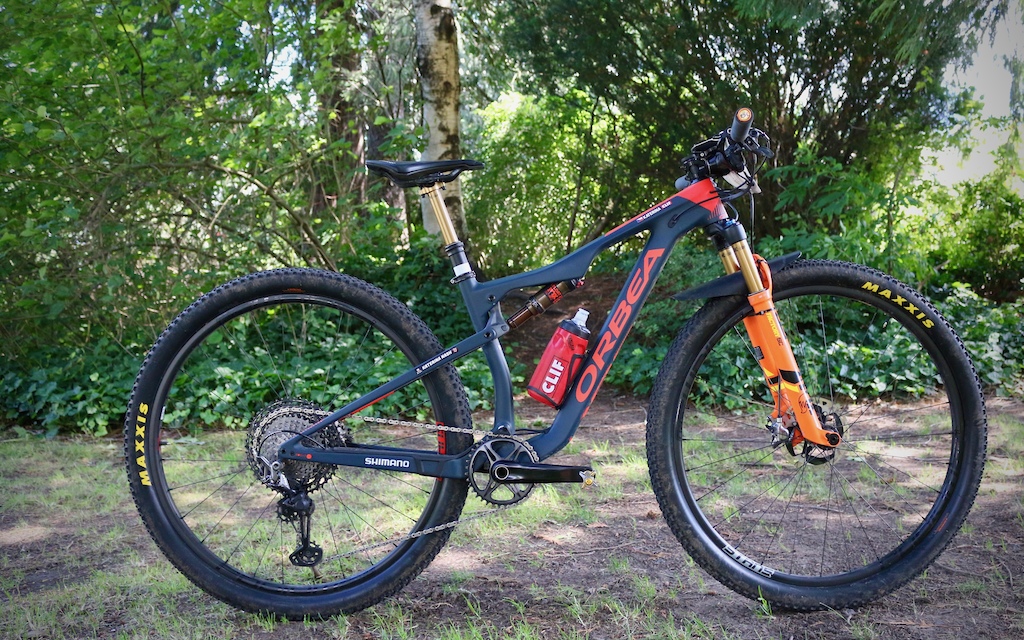 Nash used the 100mm Oiz for the BC Bike Race rather than the 120mm version.

The Oiz can be had in two flavors: A 100mm race-specific weapon or a 120mm platform that's designed to be a nip more forgiving for marathon-style events like, oh I don't know, the BC Bike Race. Nash is a purebred cross-country racer, though, and therefore opted for her familiar 100mm Oiz.

She stuck with the 100mm-travel Fox 32 as well, although she did admit to me that a bigger fork would have been nice, too: "I'd consider a 34 Step-Cast, 120mm-travel fork. I think it'd be a little more fun and a lot easier on the upper body," she told me post-race. 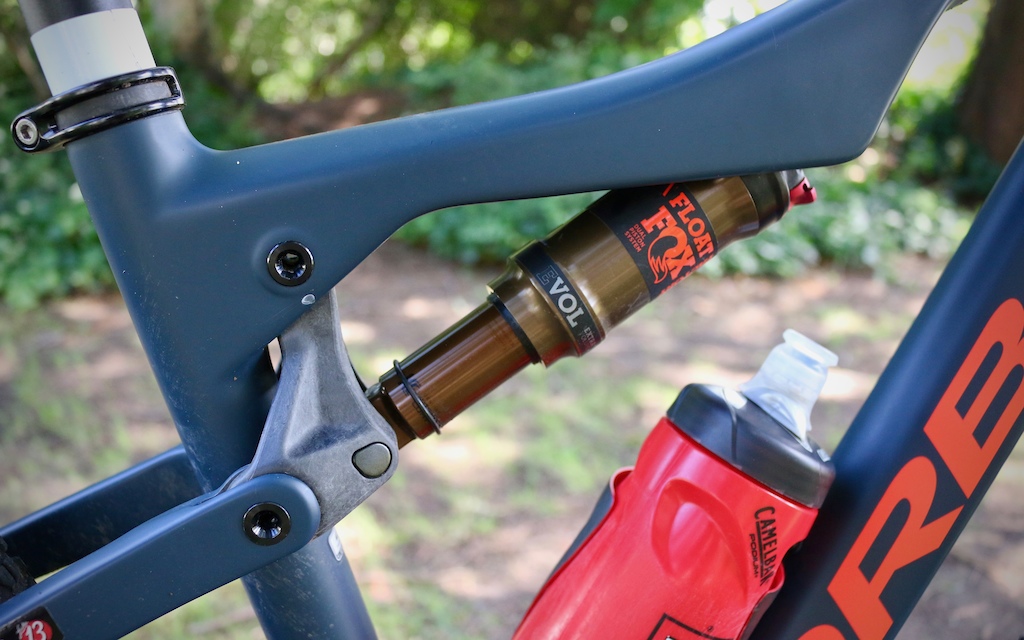 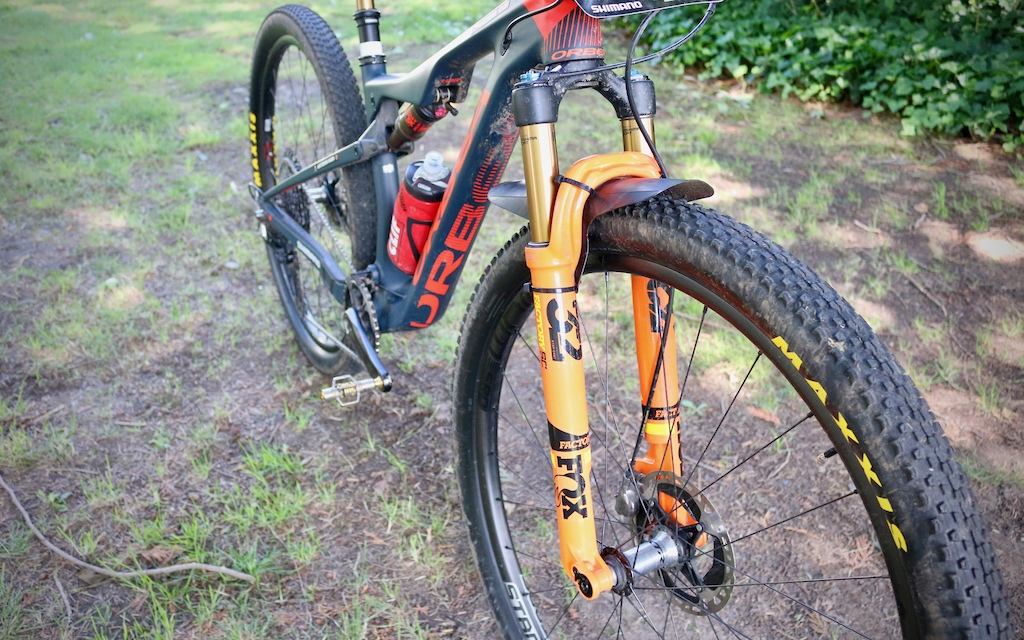 With 100mm at both ends, the Oiz is a full-on race bike that sees a dropper post added for good measure. 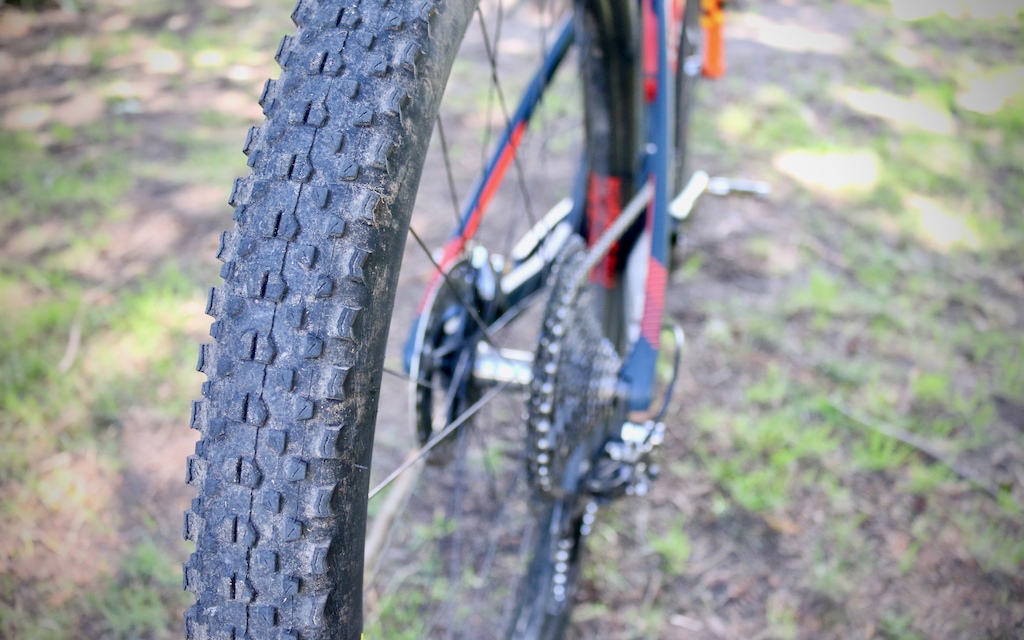 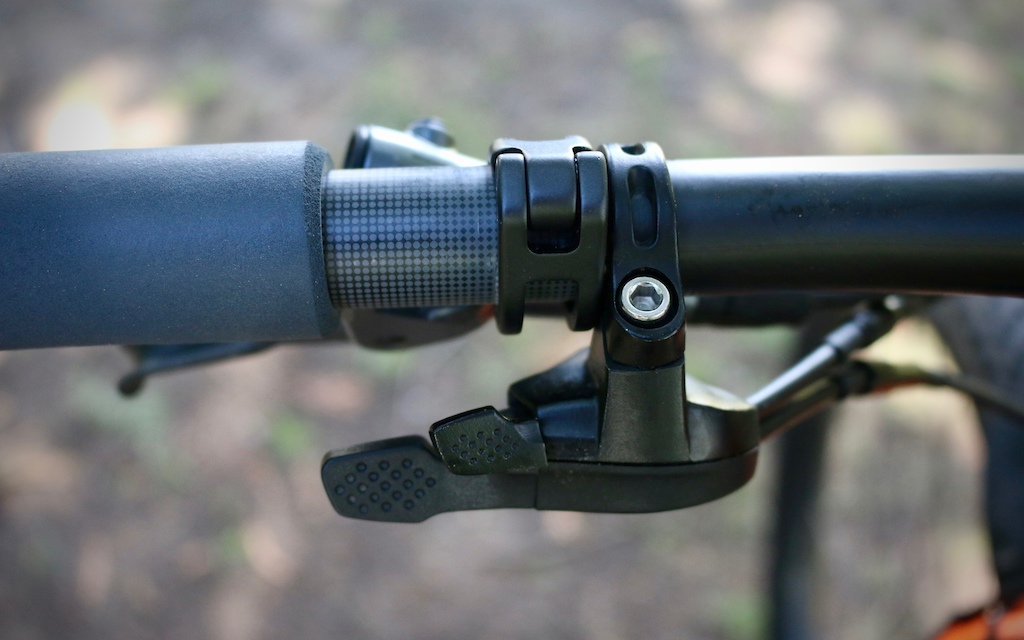 Nash liked her Ikon tires (left) but might have chosen a Forecaster if it had been any wetter. The Oiz's rear suspension is either wide open or fully firmed up (right).

The orange 32 was pumped up to 69 PSI, and the tiny Fox shock out back was at 135 PSI for the entire event. Fox's DPS Factory Evol shock gets a special tune to work with the Oiz's suspension design, but it didn't need to be tweaked at all for Nash's low weight - it's straight off the shelf. One thing she would have liked, however, was a middle 'Trail' mode setting; the Oiz is either fully open or firmed right up.

That's ideal for a fast-paced World Cup where it's redline for an hour and a half, but Nash was missing that middle setting during the BCBR: "We do a lot of pedaling across flat and rooty stuff," she told me. The Oiz is designed to be forgiving when left open, though, and Nash did use the lockout quite a bit for that reason.

Men's winner Felix Burke ran a set of Maxxis' Aspen tires, and Maxxis makes another appearance on Nash's bike in the form of Ikons front and back. They were set-up tubeless, of course, on a set of carbon fiber rims from Stan's, and she ran them between 19 and 20 PSI during the entire week without any trouble.

We should probably talk about that pie plate of a chainring, too. It's a 36-tooth 'ring - two teeth larger than what Burke used to win - and while she admitted that a 34-tooth might have made more sense, she believes she was faster overall with the 36. "According to the nerds, the 10-tooth cog isn't very efficient so you want a bigger chainring," she replied after I asked if she got the 36-tooth'er off her time trial bike. 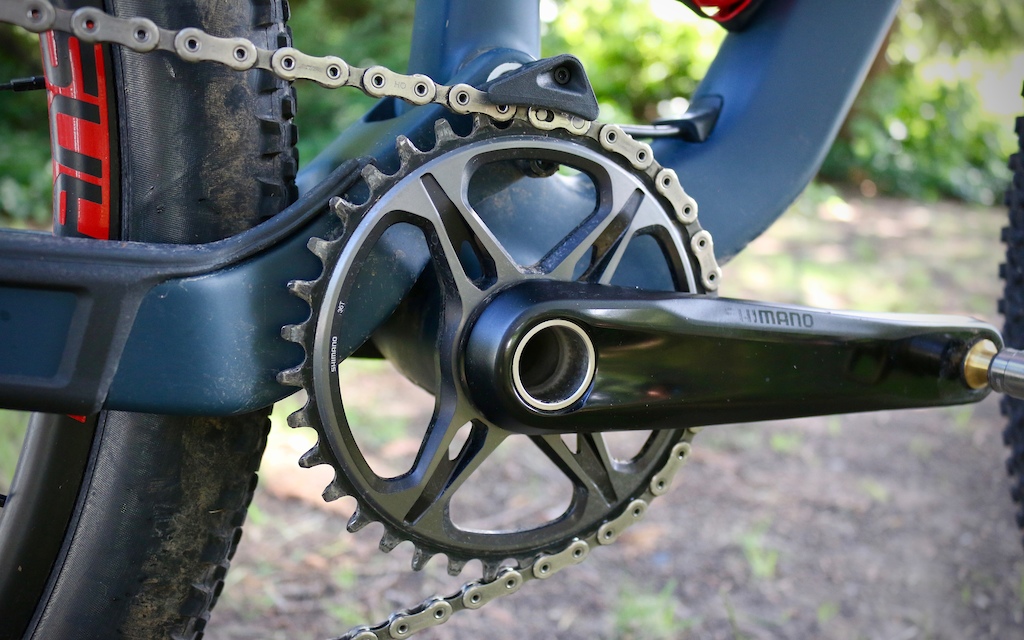 Got power? Nash pushed a 36-tooth 'ring during the BC Bike Race.
There's also a full XTR drivetrain on her Oiz, including the ultra-rare Sylence hub that's since been canceled. Other bits include a 720mm wide handlebar with ESI foam grips, Crankbrothers' titanium Eggbeater pedals, and a dropper post from Fox. "It's built to last. It's not the lightest one out there, but I have to say that I've never had a broken frame or anything. I just trust it."