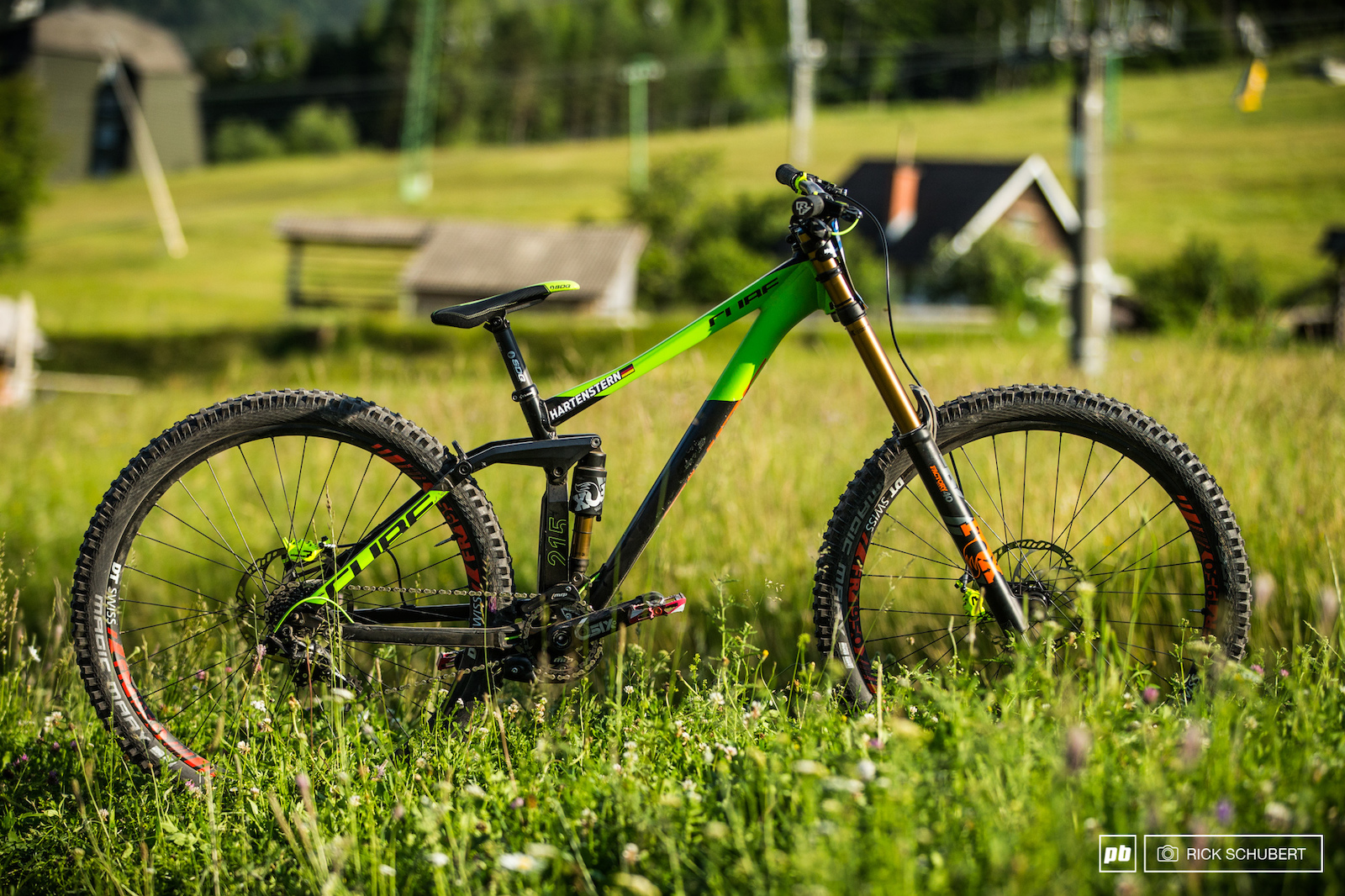 Photos and words by Rick Schubert

Max Hartenstern is currently riding his first season as an Elite in the World Cup for the Cube Global Squad, alongside with Kiwi Matt Walker. After finishing off his last junior year with a bronze medal at World Champs, he is now giving his best to make it work in the elite ranks. Between his tight World Cup schedule, Max is still racing the iXS European DH Cup where we caught up him to get a closer look at his Cube Two15 29er prototype. Cube built the 29er version of the Two15 just in time for last year's World Champs in Cairns. Since then, the team has optimized the frame and rumors have it that the bike is close to production. 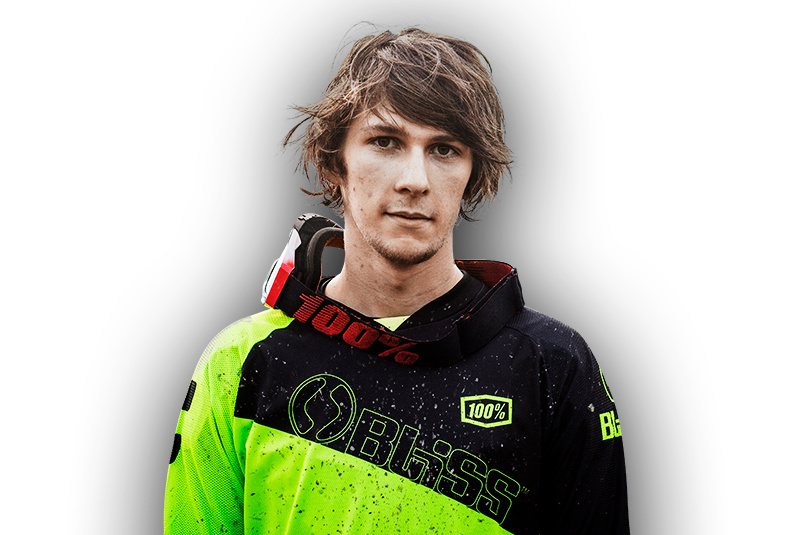 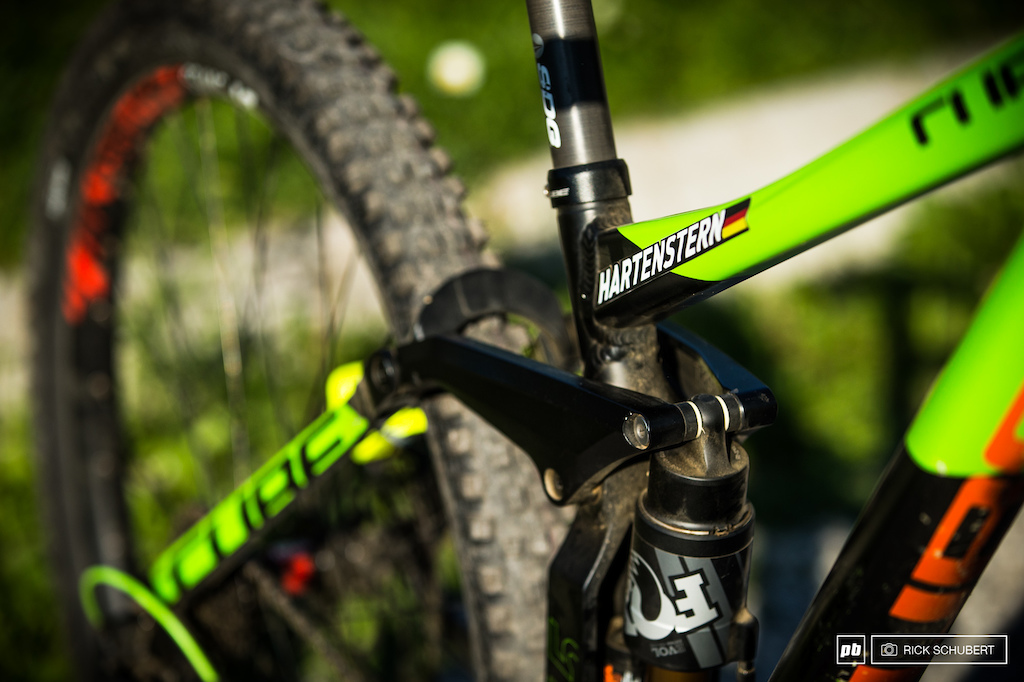 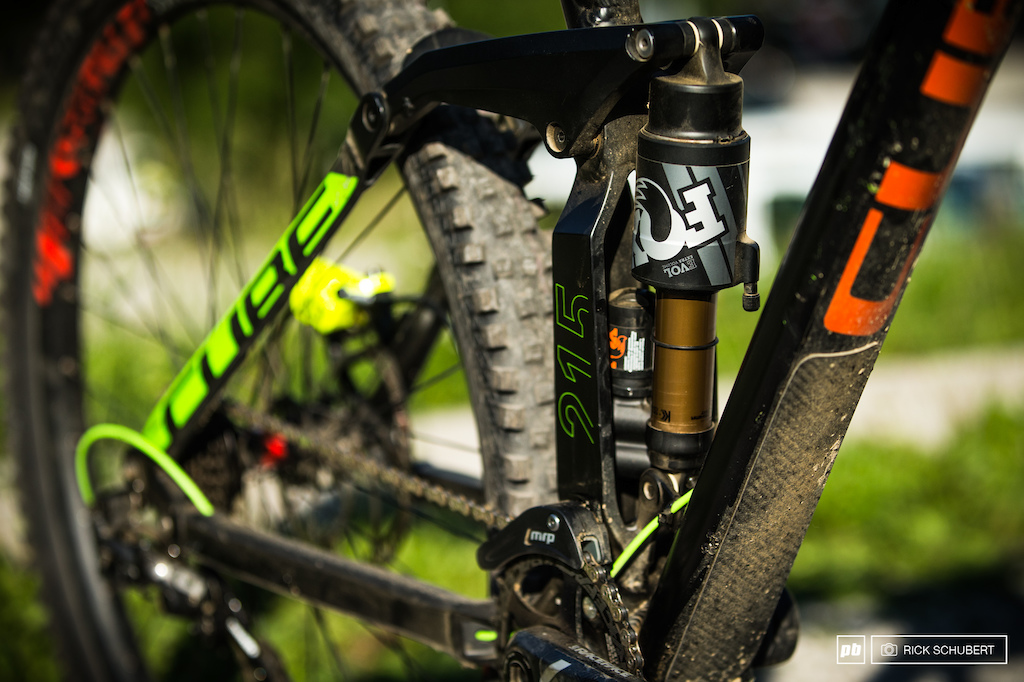 Max is running a Fox Float X2 shock with 205psi in the chamber. 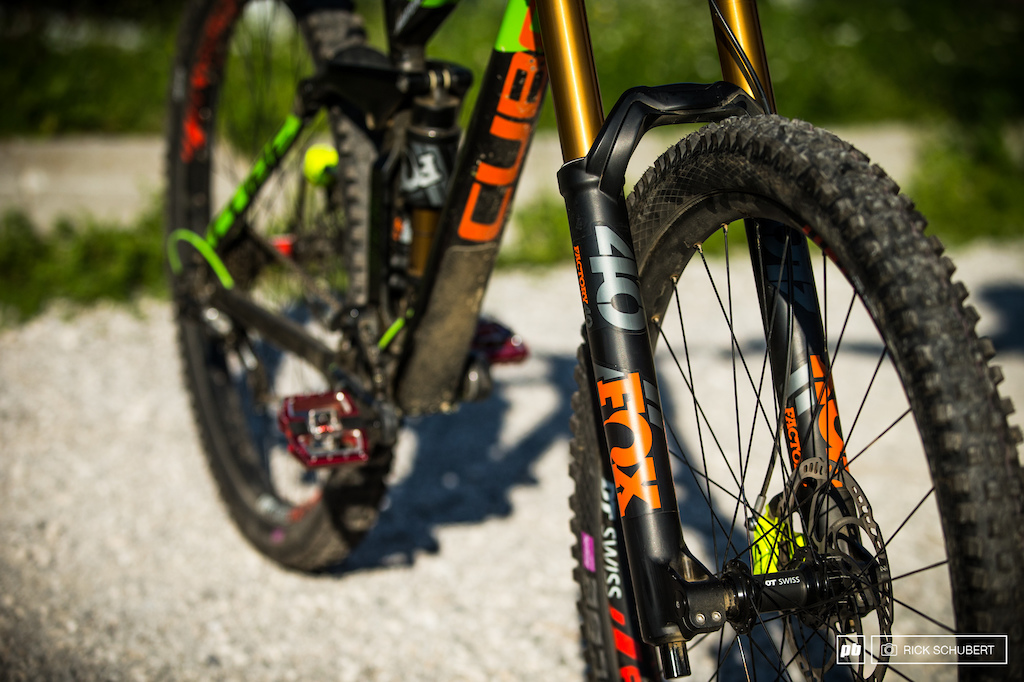 75psi in the Fox 49 fork, with the new Grip 2 system keeps the bike smooth and fast. 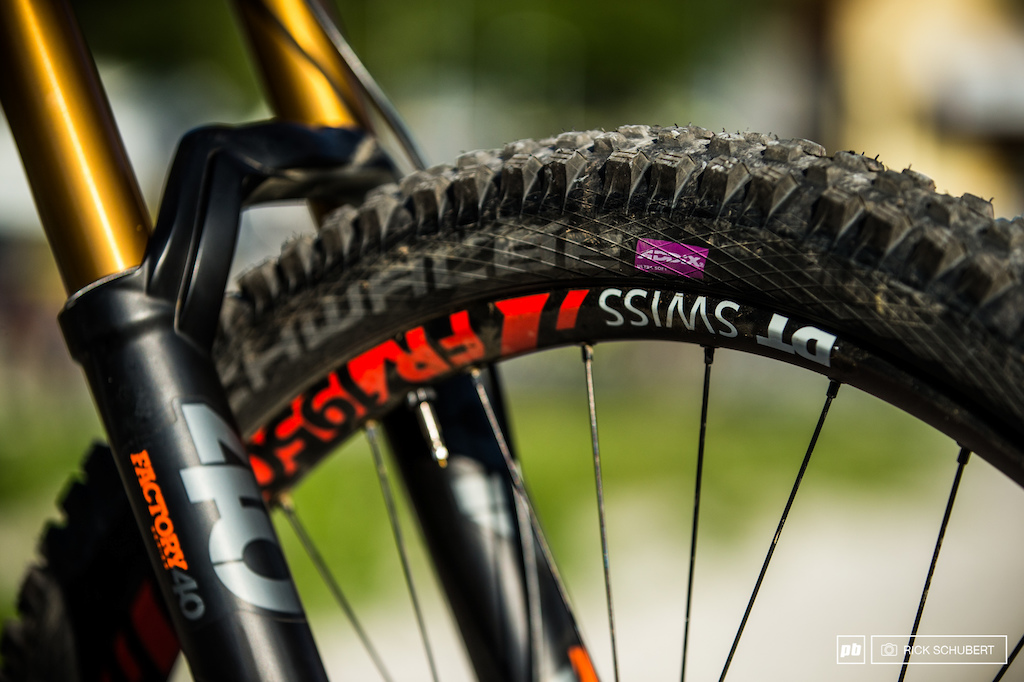 Max is a fan of the Schwalbe Addix ultrasoft compound - riding 2.35" Magic Marys. 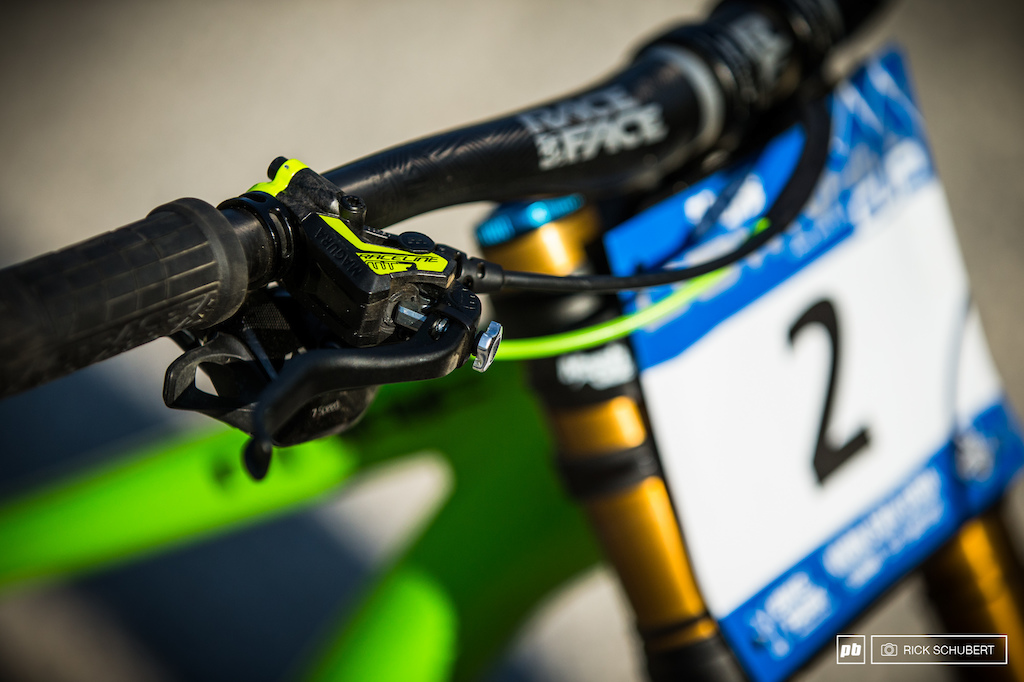 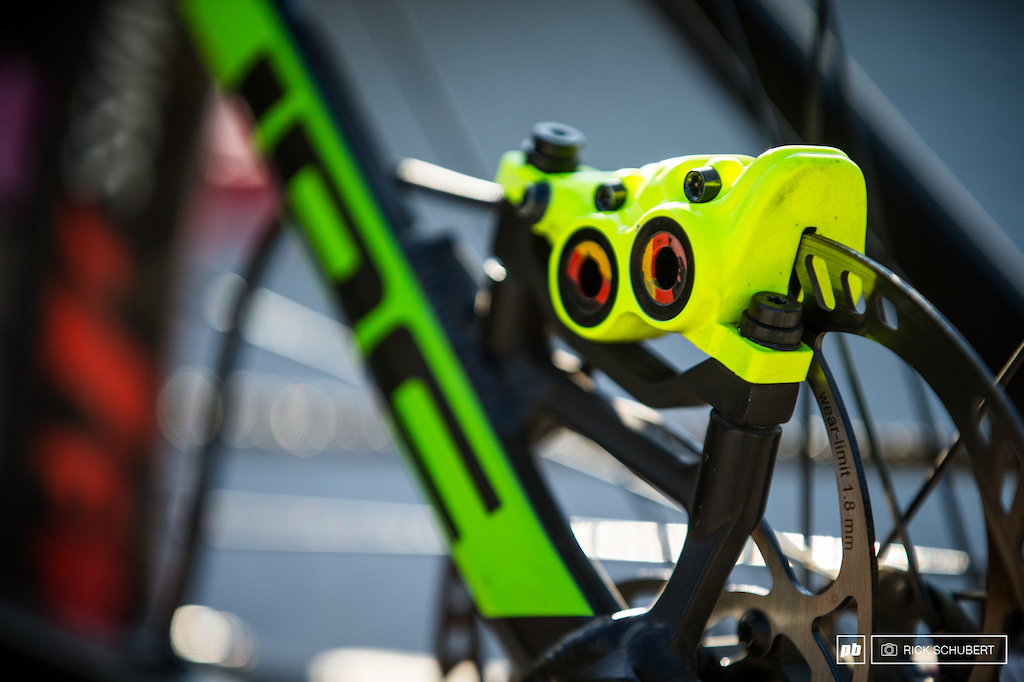 National colors on the caliper celebrate his two titles. 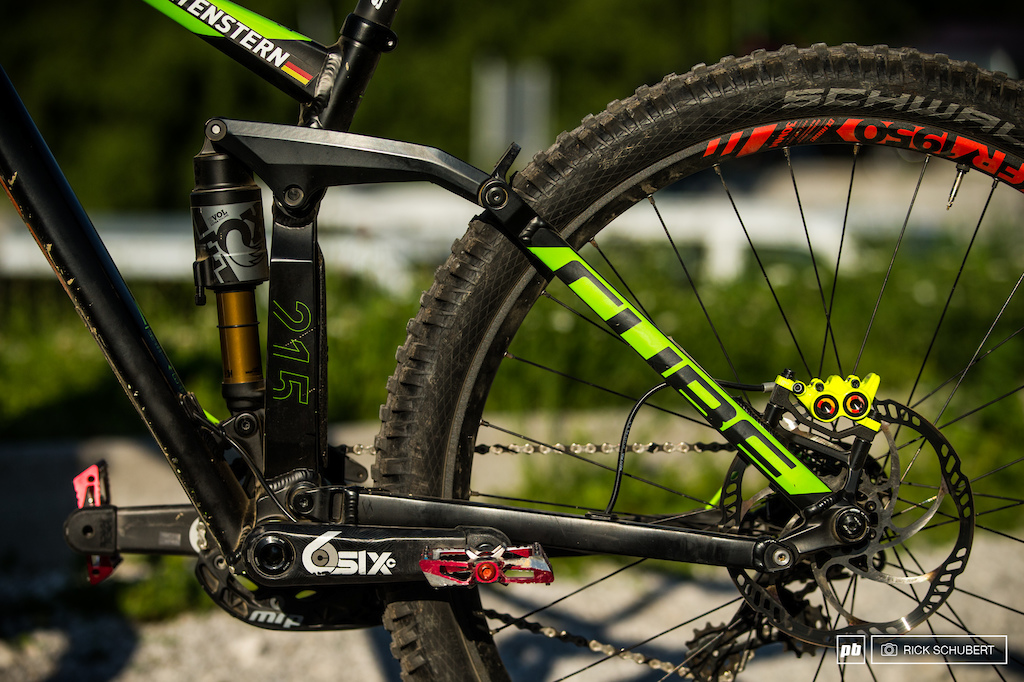 Four-bar Horst-Link rear suspension. No official word on the travel, but judging by the clearance behind the seat tube, it's less than Cube's 27.5 DH machines. 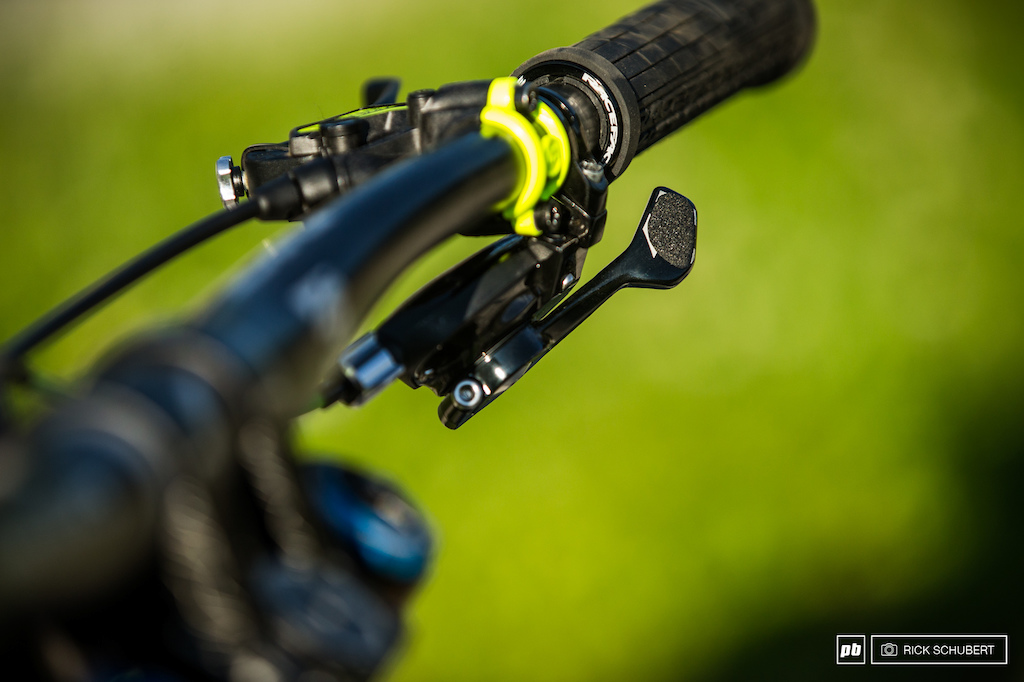 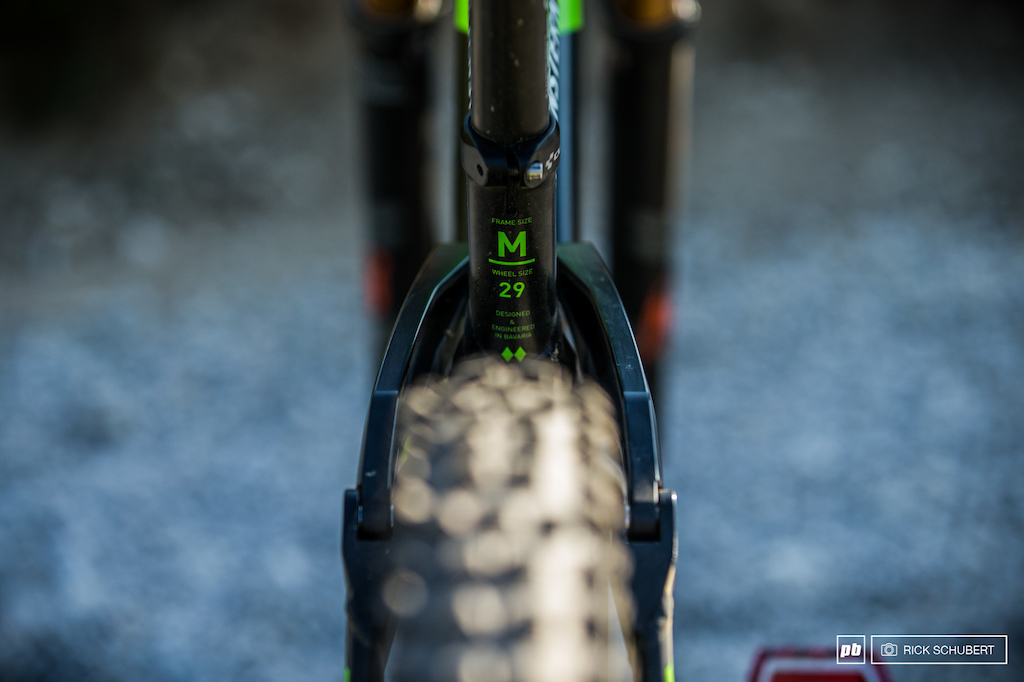 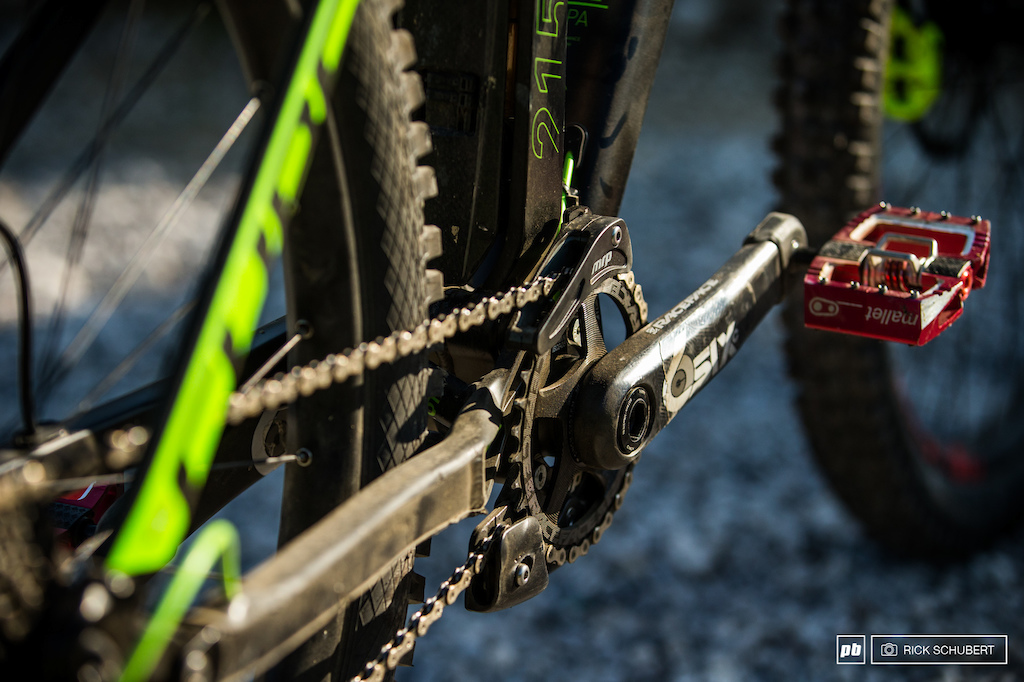 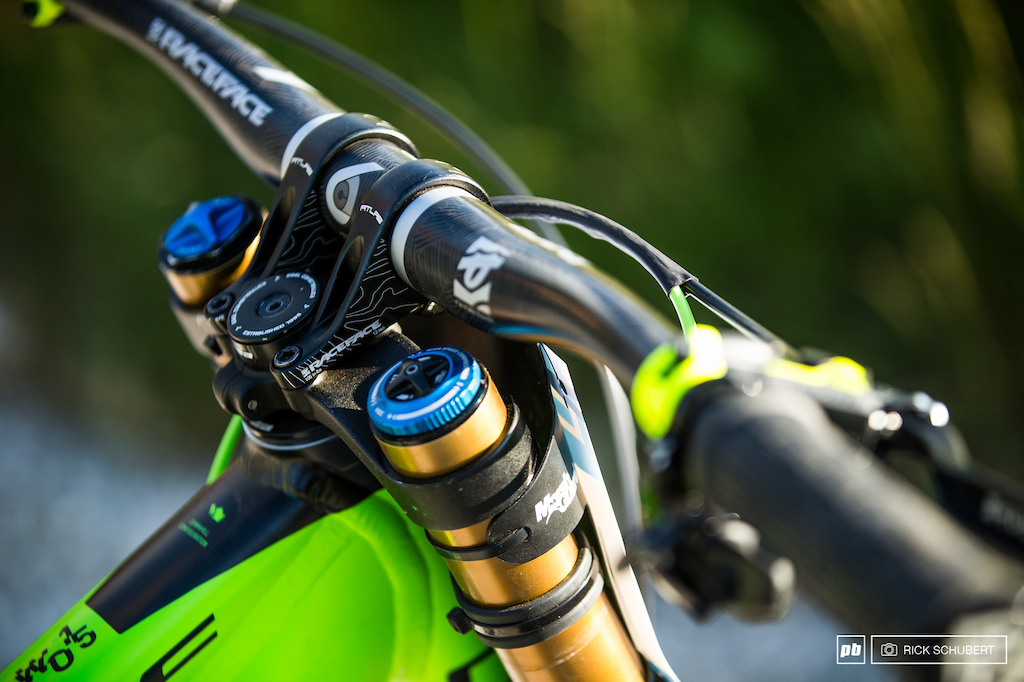 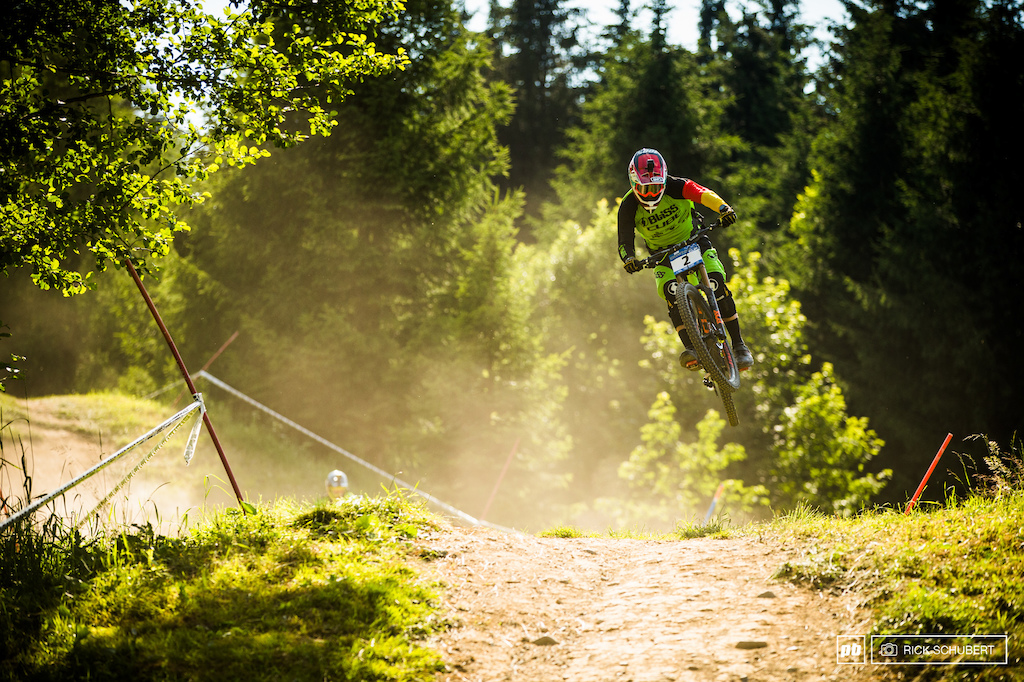 Milko3D (Jun 18, 2018 at 13:49)
No bridge between the rocker links? Max is lucky he isn't servicing his bike himself, those things will develop play.
How do I know? I own a Fritzz with the same issue and I definitely don't ride it as hard.

Would anyone like to clue me up for why there's no bridge? Can't be an arbitrary decision.
Any why are those bearings so tiny? if they were larger the rocker links would pivot less sideways, no?

Zerknecht0r (Jun 18, 2018 at 23:43)
Apart from being "the flimsiest" bike out there, the largest frame has a mere 435mm reach... And from riding one and reading all the tests, they also seriously lack progression. It's not really rideable with a coil shock.

If you compare this to their newest stereo offerings, it just looks like the side task of a trail bike product manager, who doesn't know shi*t about DH bikes.

vinay (Jun 19, 2018 at 1:06)
It is of the 27.5" model. Very often when they experiment with 29", they need to reduce the travel so that the wheel doesn't hit anywhere. And maybe even once this model hits production and the travel is less than 215mm, they may even still stick to the name if they like it. Santa Cruz also still has a bike they call the V10. Maybe also because their Driver8 wasn't considered that great so they wanted to stick to the one with the good name.

Skalloo (Jun 18, 2018 at 14:48)
yeah so the travel is written on the seat tube , also is the flimsiest bike i've ever climbed upon ; those small bearings in those flimsy chainstays and seatstays with 215 travel and side landings and drops and whatever you throw at it ... i wouldn't risk my life on the "king of the flimsiest" !

freeridejerk888 (Jun 18, 2018 at 16:41)
remy seems to throw this thing around like crazy he could have tons of issue we dont know about. also it looks super high stand over

nick1957 (Jun 19, 2018 at 5:35)
All bike designs are are CAD designed with stress analysis included . So the (below) average Joe who knows best with wives tales and mates who broke stuff are of no relevance