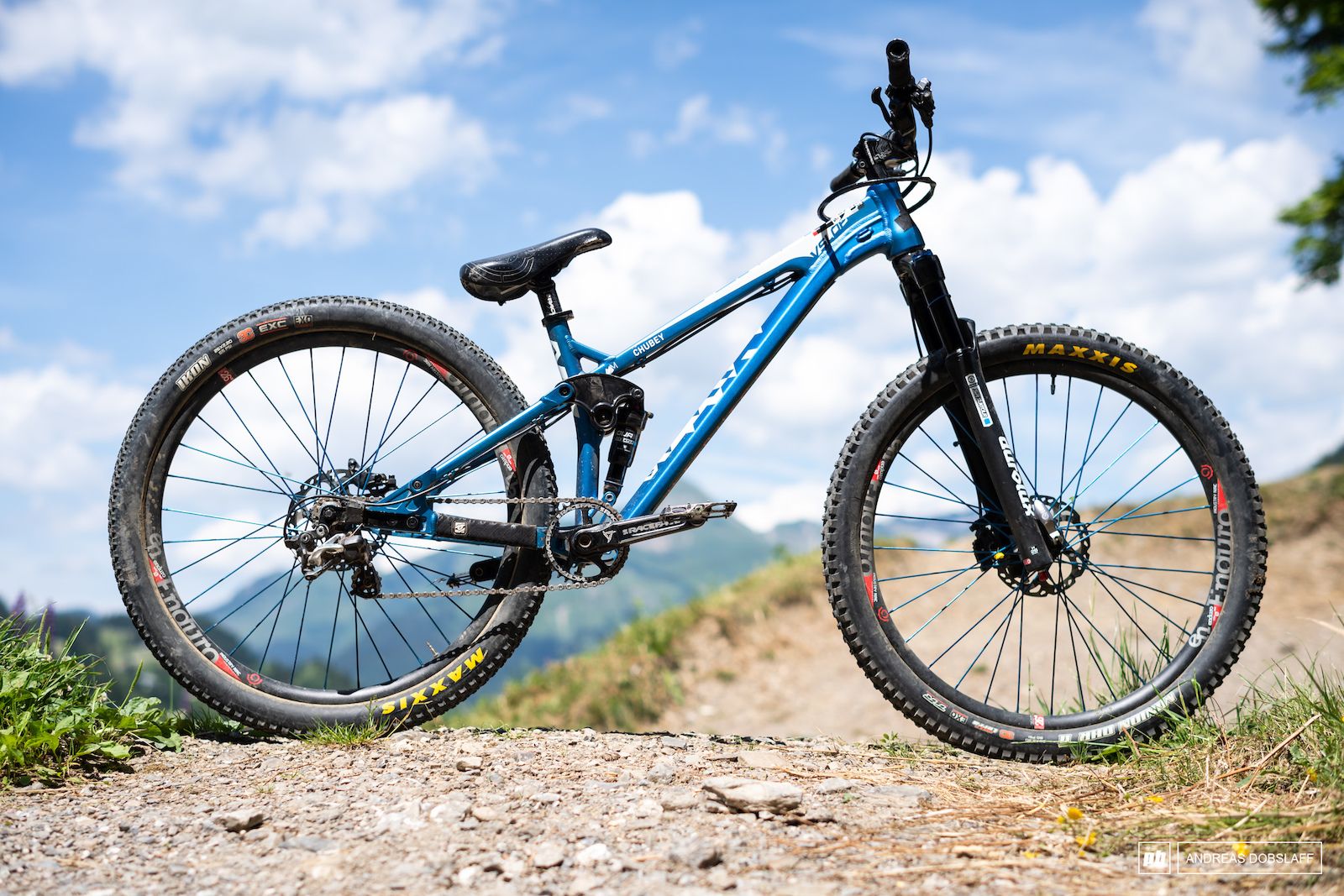 Mitch Chubey is enjoying a sort of comeback. After being absent from competition for a number of years, the Canadian freestyler is back on the scene and begining to post some results. PB photographer Andreas Dobslaff caught up with Chubey at Crankworx Les Gets to catch up and get a bike check, Chubey is riding a pair of Morpheus VSlope dual-suspension bikes, but he has yet to nail down a frame sponsorship, so he refers to his bikes publicly as "Red" and "Blue."

"Blue" is set up for Speed & Style competition, so it has a rear derailleur, although its Saint mech' only has to find its way across four cassette cogs. Chubey says he uses a Race Face Carbon handlebar to help him pump sections, which was 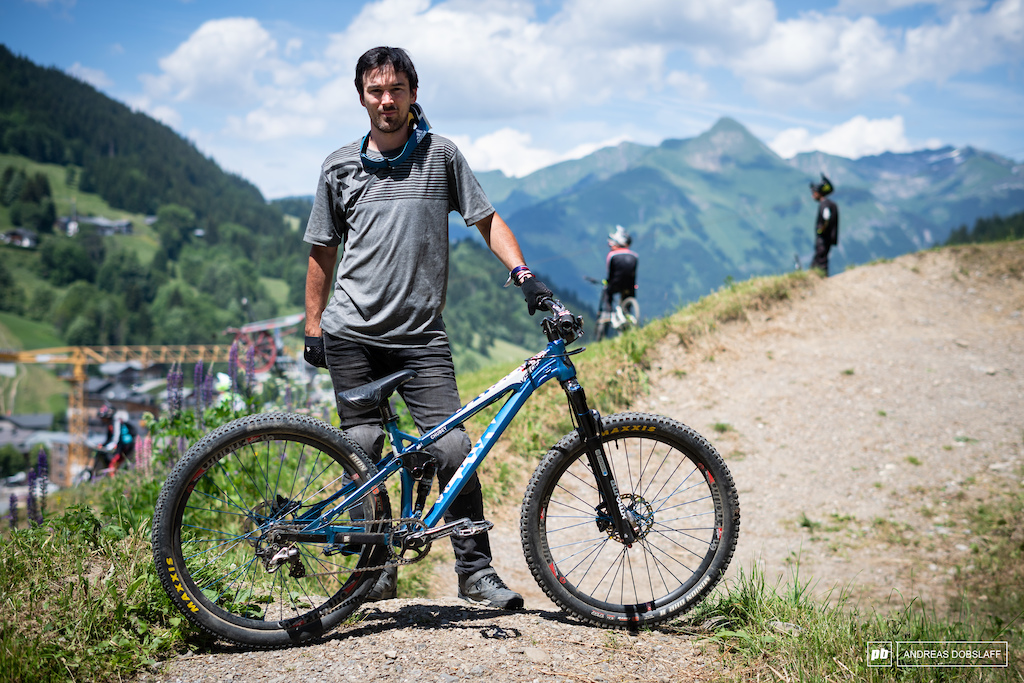 Mitch Chubey
interesting. For this venue, he runs a more aggressive Maxxis Minion DHR front tire, paired with a more slopestyle friendly Ikon in the rear. Chubey says "Red," his slopestyle machine, is similar, but uses a one-speed drivetrain. 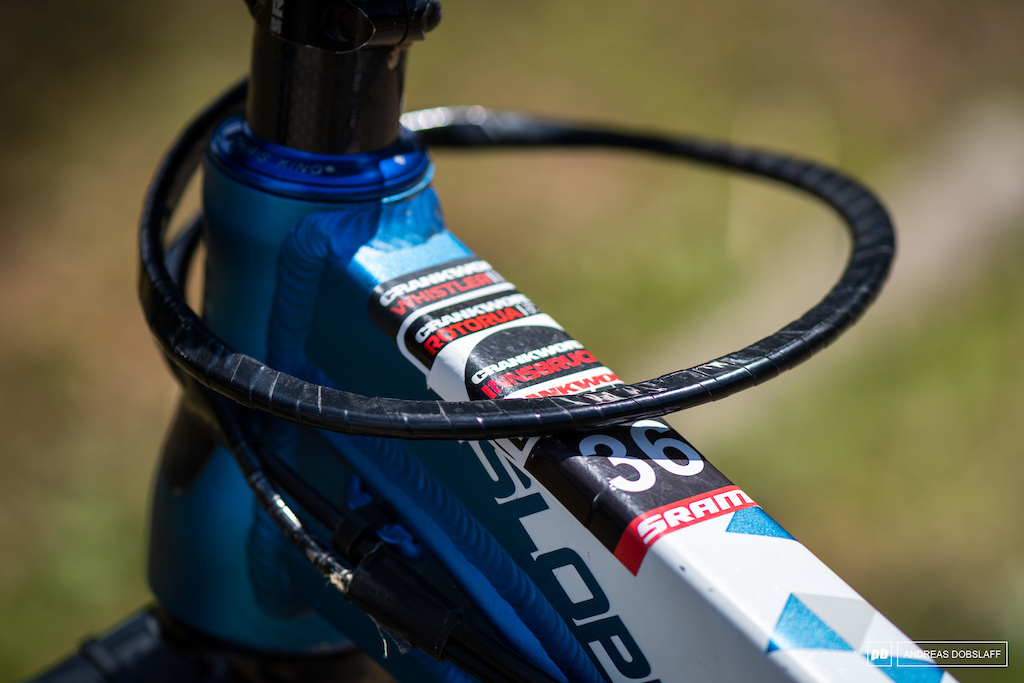 Not a problem, unless you lose count, or begin the show with the wrong rotation. 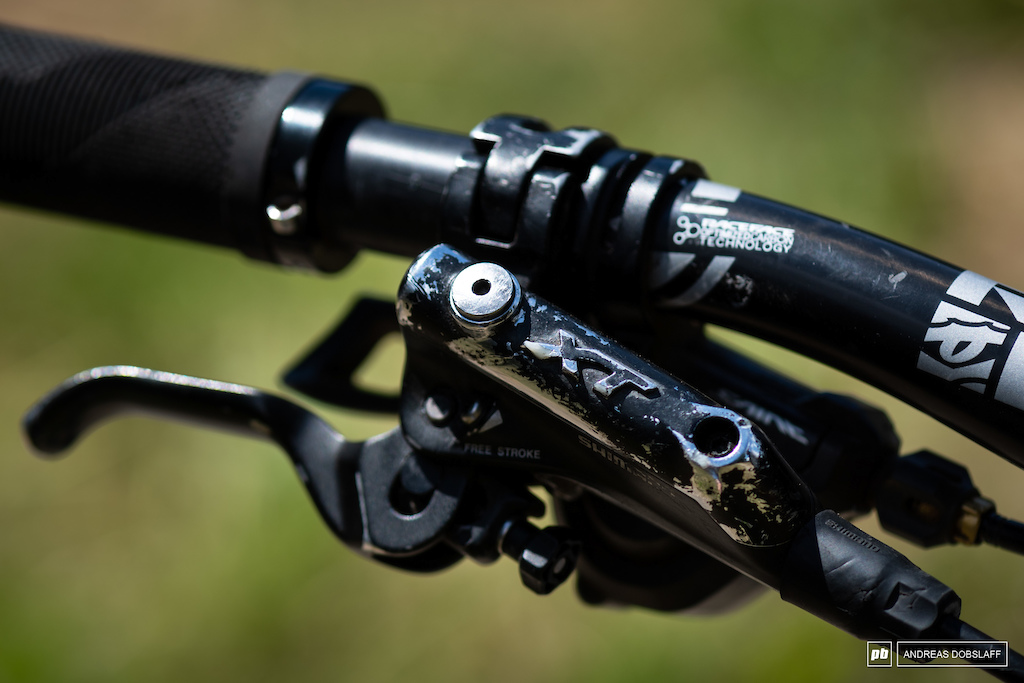 Shimano XT brakes that have seen a few moments. 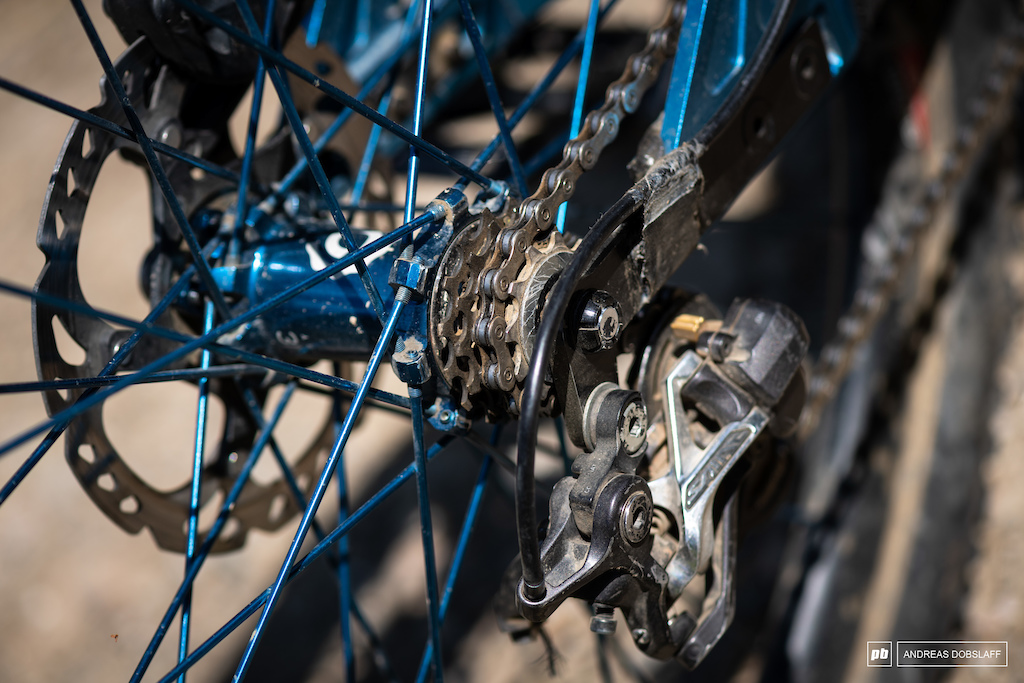 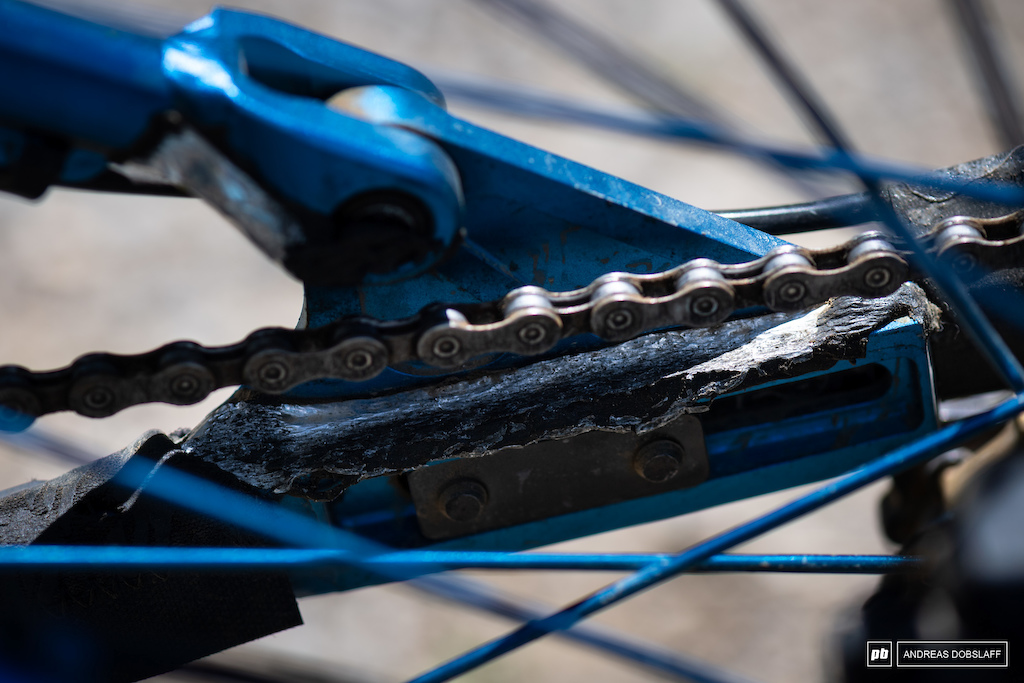 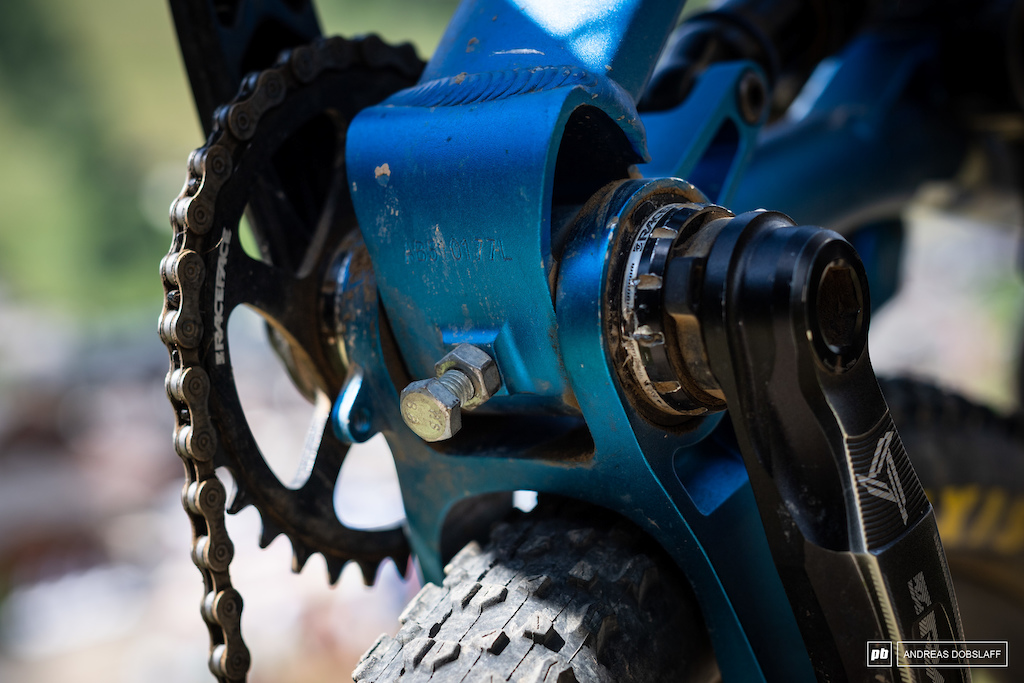 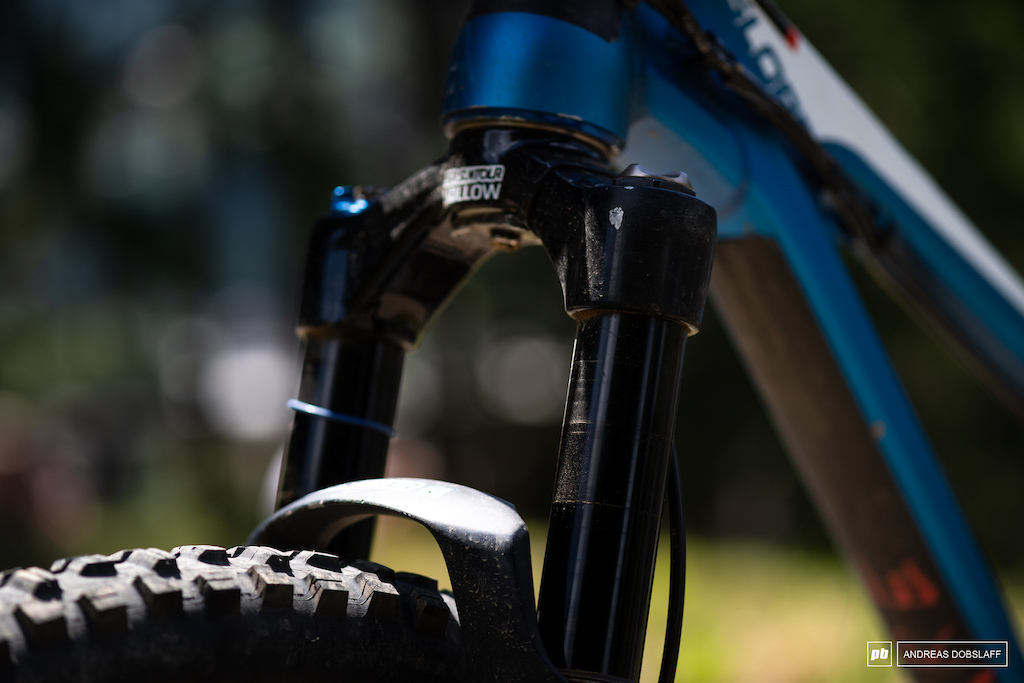 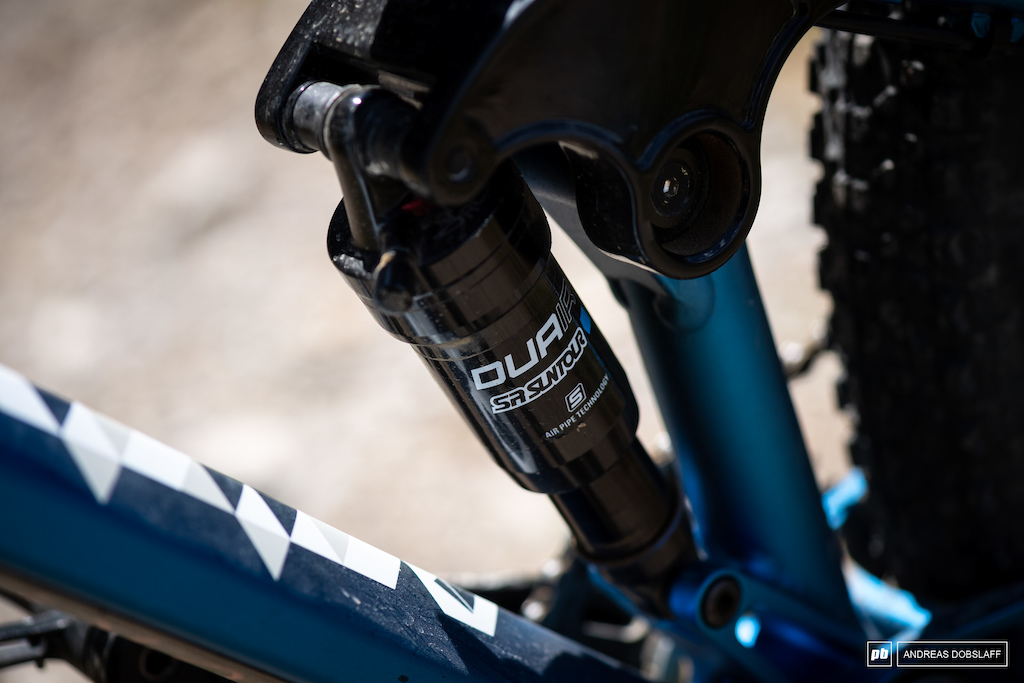 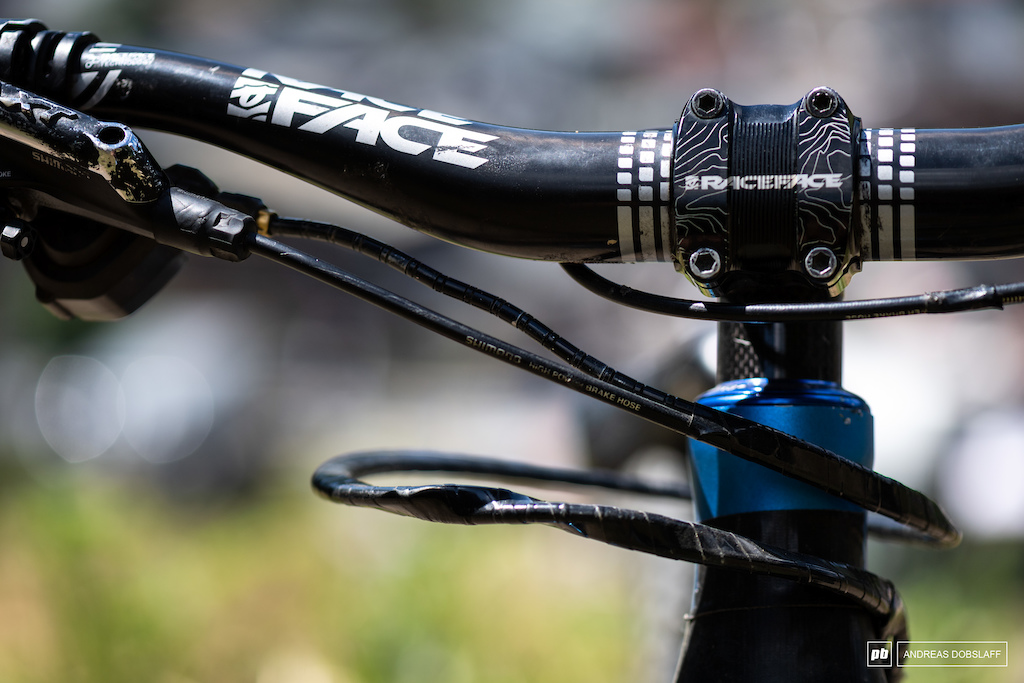 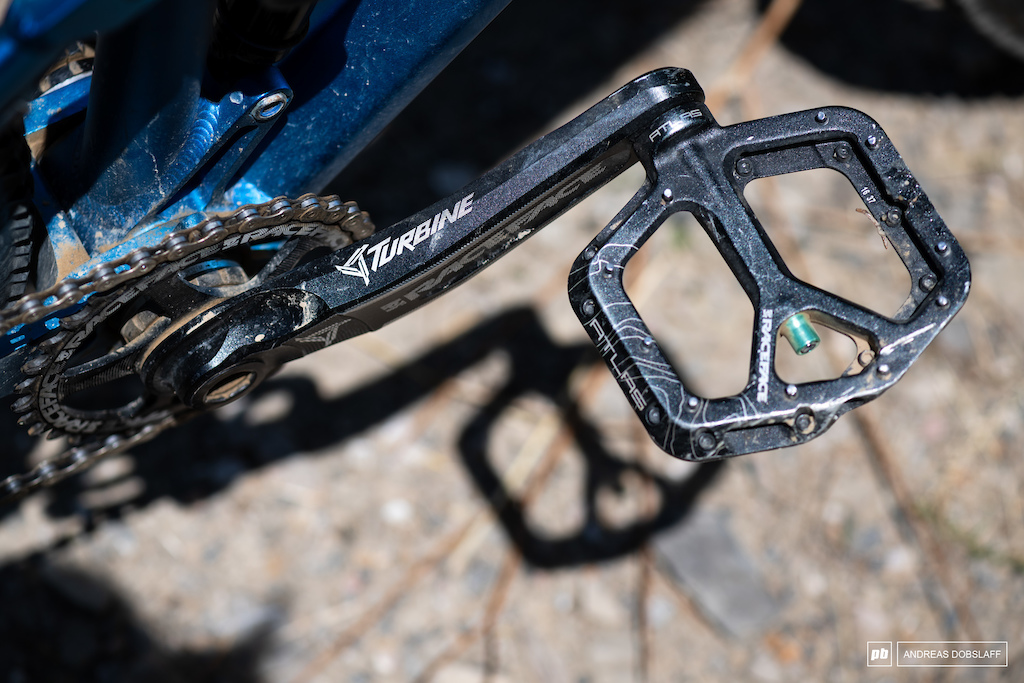 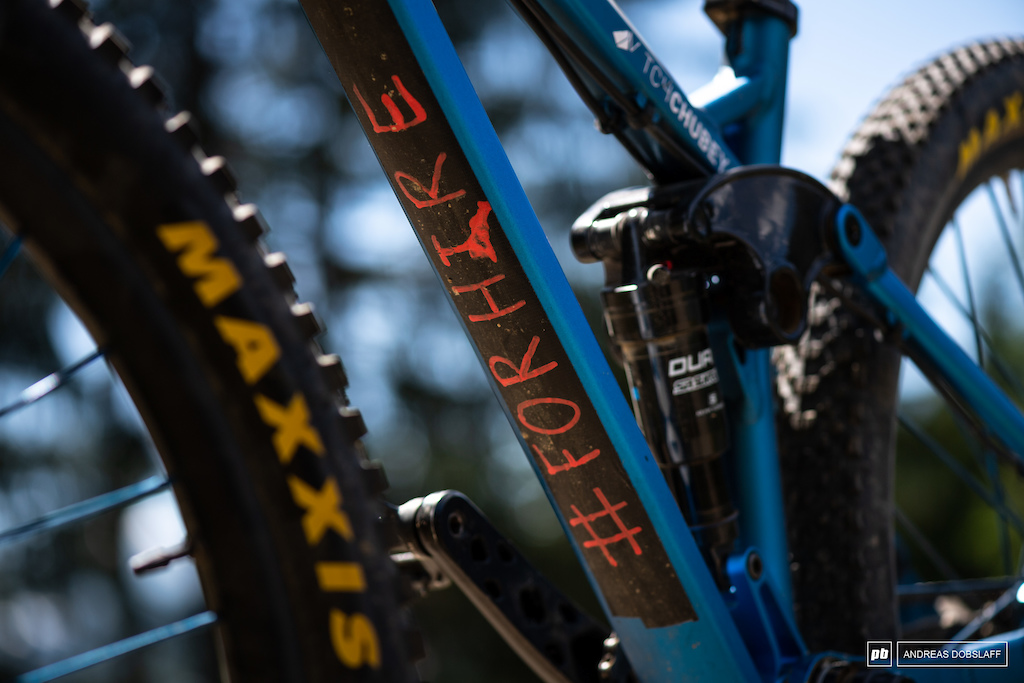 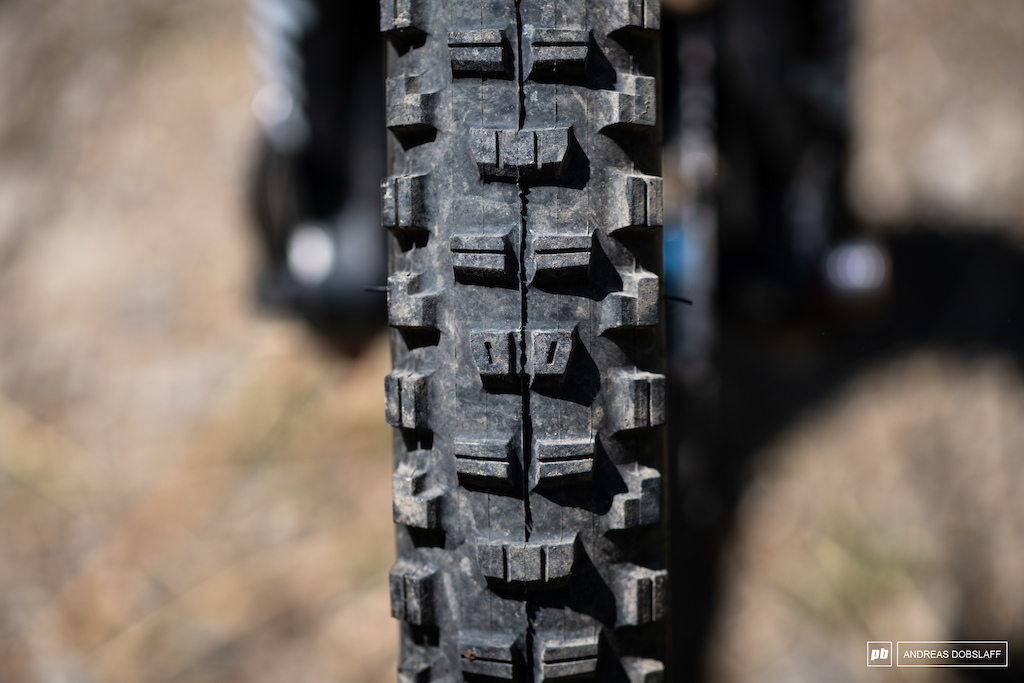 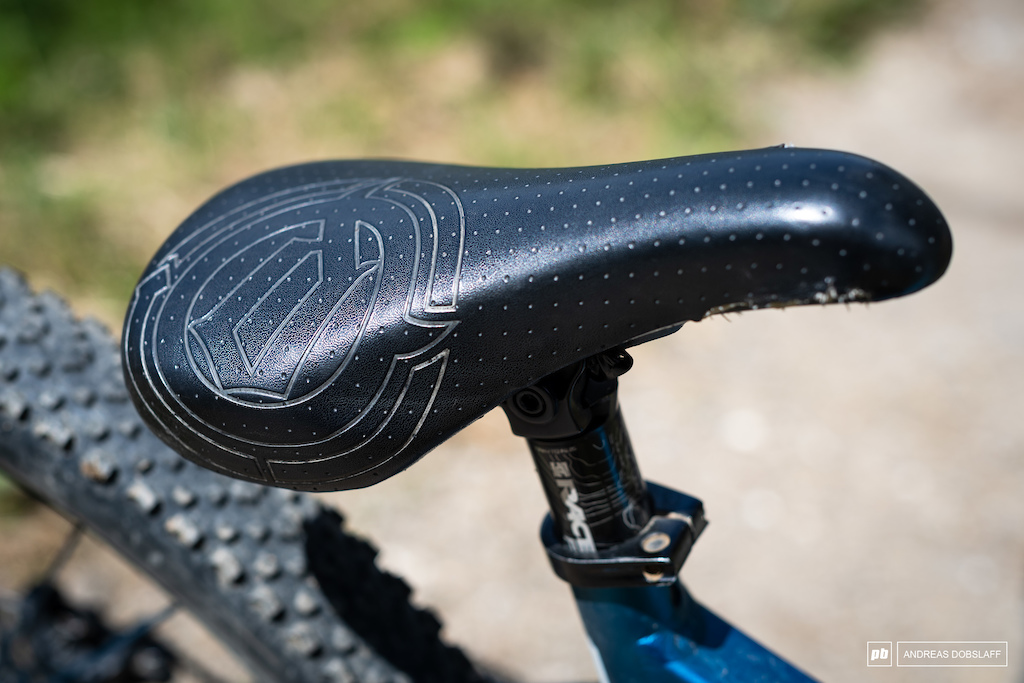 impoppawheelie (Jun 22, 2018 at 4:51)
@Robo88: That bolt is actually designed as part of the BB pivot to keep it in place, but I've heard of people tweaking the tension on that to work as a crank stopper. No idea if it works or not, I like crankflips too much haha.

mitch1616 Plus (Jun 22, 2018 at 5:36)
@impoppawheelie:
Inside I have a machined Teflon bushing that the bolt pushes against creating friction on the spindle. The result is a smooth resistance the entire way around the full rotation of the cranks.

blowmyfuse (Jun 22, 2018 at 9:50)
that chain rub reminds me of the Rocky Mountain RM 9 that I had to zip tie to a piece of small PVC pipe the top of the swingarm. One, to keep it from sucking into the tire & Two to keep it from eating the chainstay off.

@mitch1616 wouldn't a strip of one of those old school THE guards go better there? They were glue, padded foam and flexible plastic turtle shell type surface. Give it something to slide on.

Actually Shimano PRO has it: www.pro-bikegear.com/global/en-gb/accessories/Protection/PRO_AC_CHAINPROTEC

lalientoxc (Jun 22, 2018 at 11:25)
I would love to be able to afford one of this babies.. in reality I haven’t checked the price but I can’t afford to buy a bike I would probably never ride bc there’s no jumps or pump track or nothing around here in Florida

toooldtodieyoung (Jun 22, 2018 at 17:56)
Not sure why anyone would downvote this. That tread looks to me to be a DHR2 in the second-to-last pic, and I'd be very surprised to see someone running the original DHR as a front.

VwHarman (Jun 22, 2018 at 6:51)
Chubey is riding a pair of Morpheus VSlope dual-suspension bikes, but he has yet to nail down a frame sponsorship, so he refers to his bikes publicly as "Red" and "Blue."