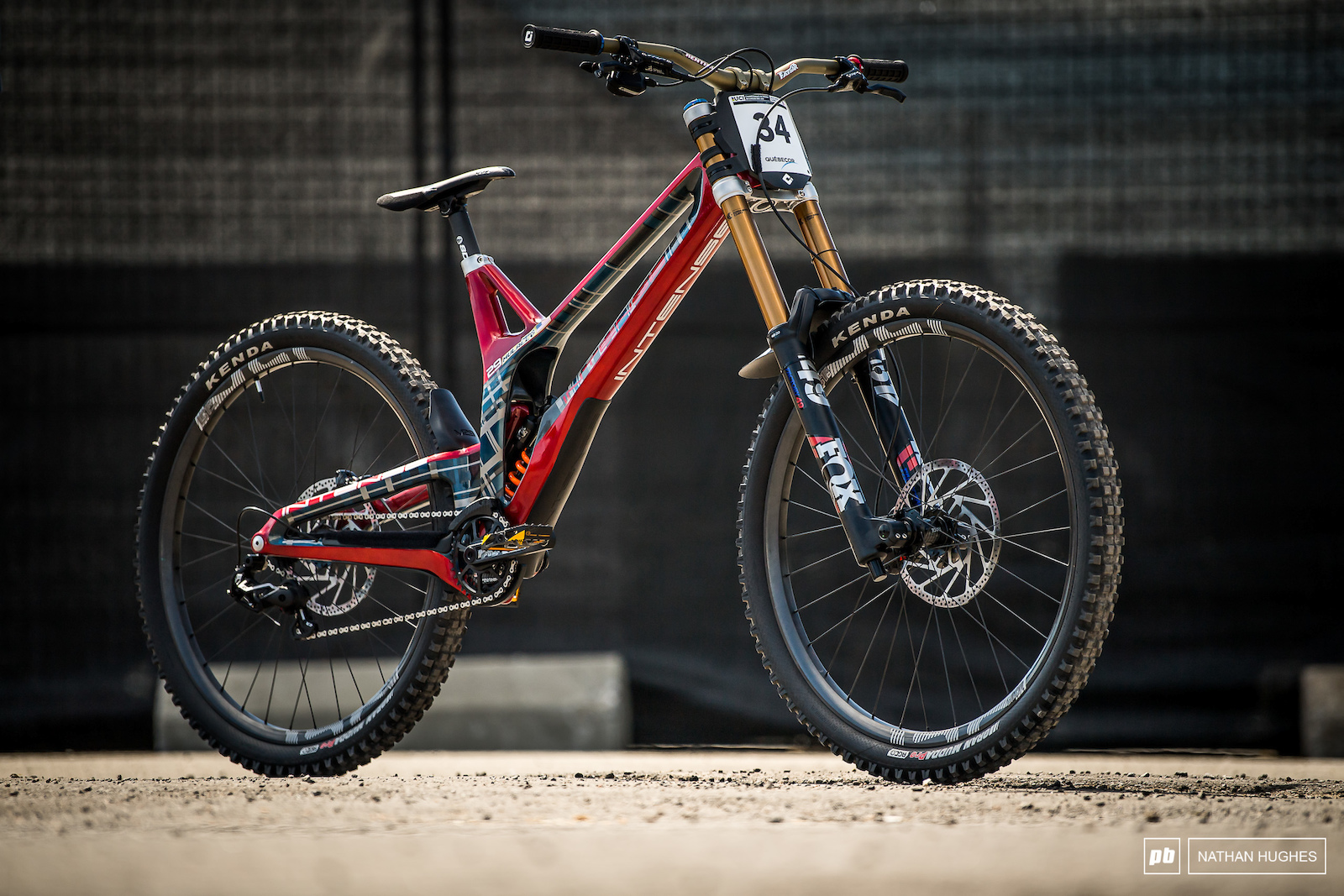 Mulally comes to Intense Factory Racing along with Aaron Gwin after both riders left YT at the end of last season. Carrying the US National Champion title from 2018, Mulally repeated his success at home this season. An American favorite, Mulally has not only been racing but also working to build Windrock Bike Park near Knoxville, TN and promote DH racing in America.

This weekend certainly favors his skillset as the rocky and rooty terrain of Mont Sainte Anne is similar to the East Coast US trails he frequents. He'll be aboard his Intense M29 FRO. Neko experiments around with a lot of different setups on his bikes. This weekend, he's running the same wheel size front and back and a pretty standard spread of components on his "lumberjack" themed world's bike. Jeff Steber thinks Neko is a "wood's man" so that's how this theme came about.

Neko is also raffling this bike away to get more kids on bikes so check out the details of that at the bottom. 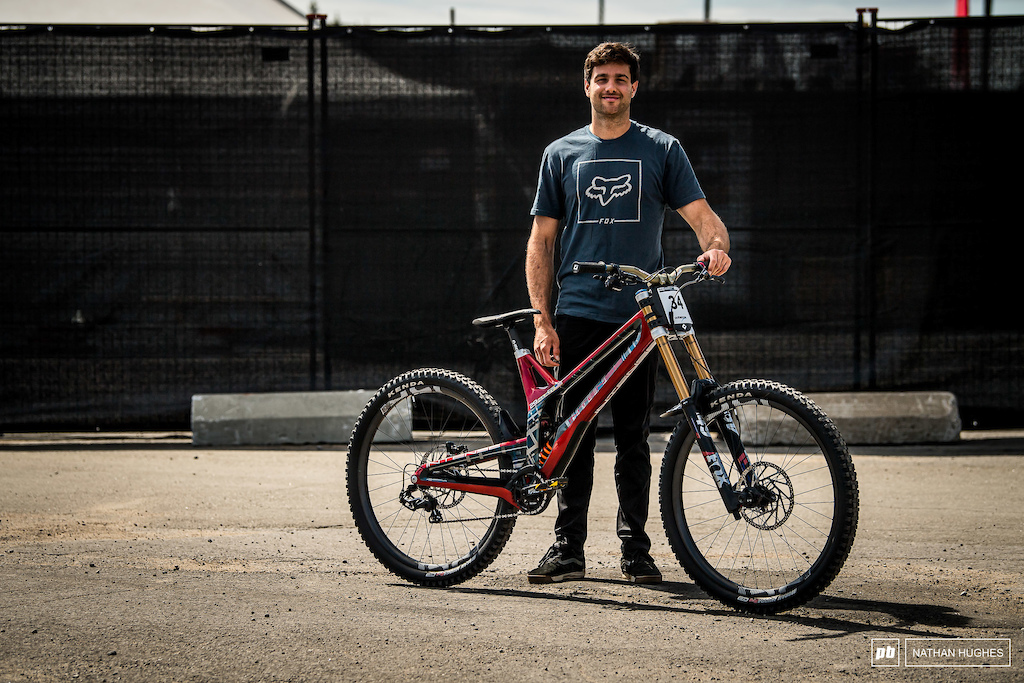 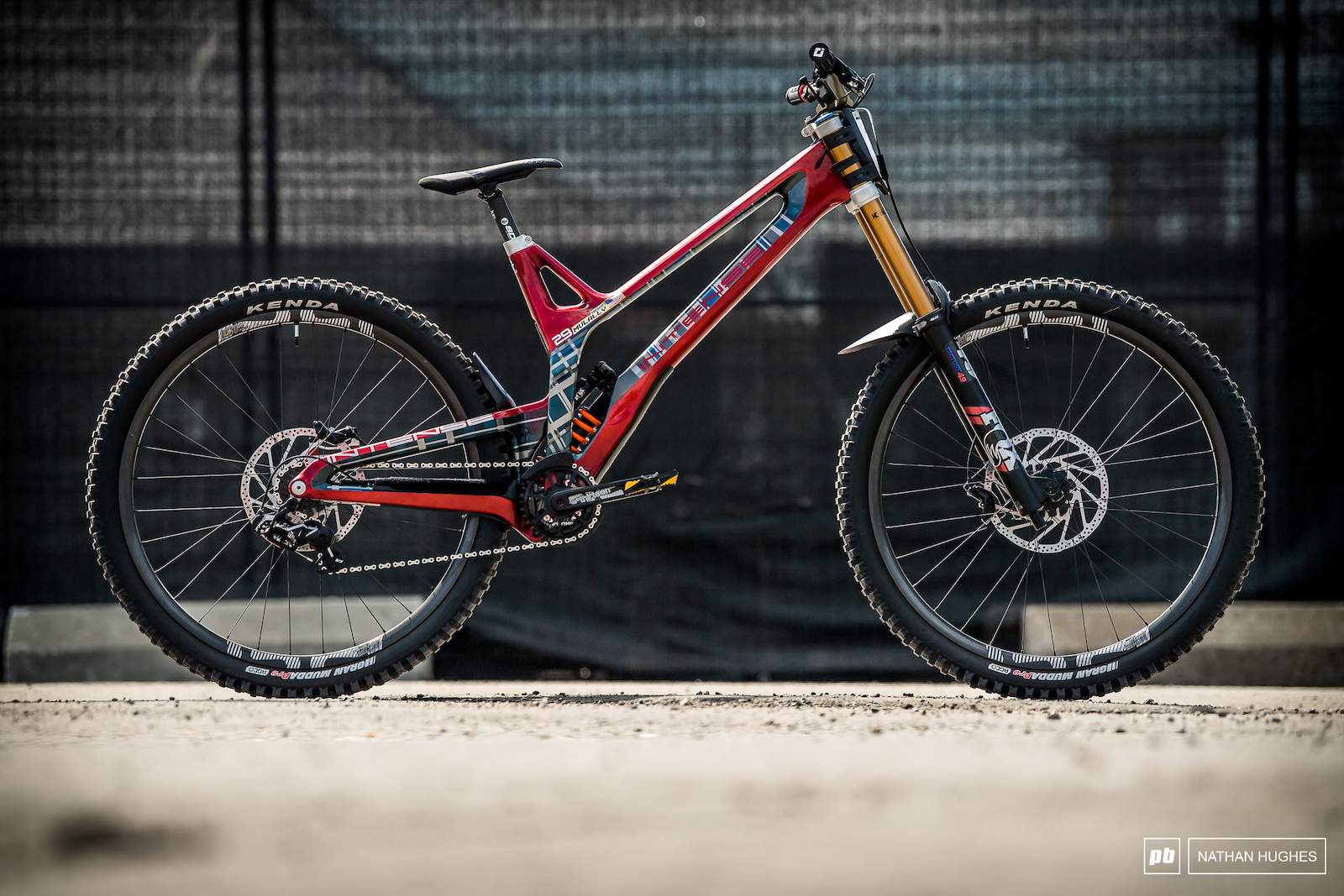 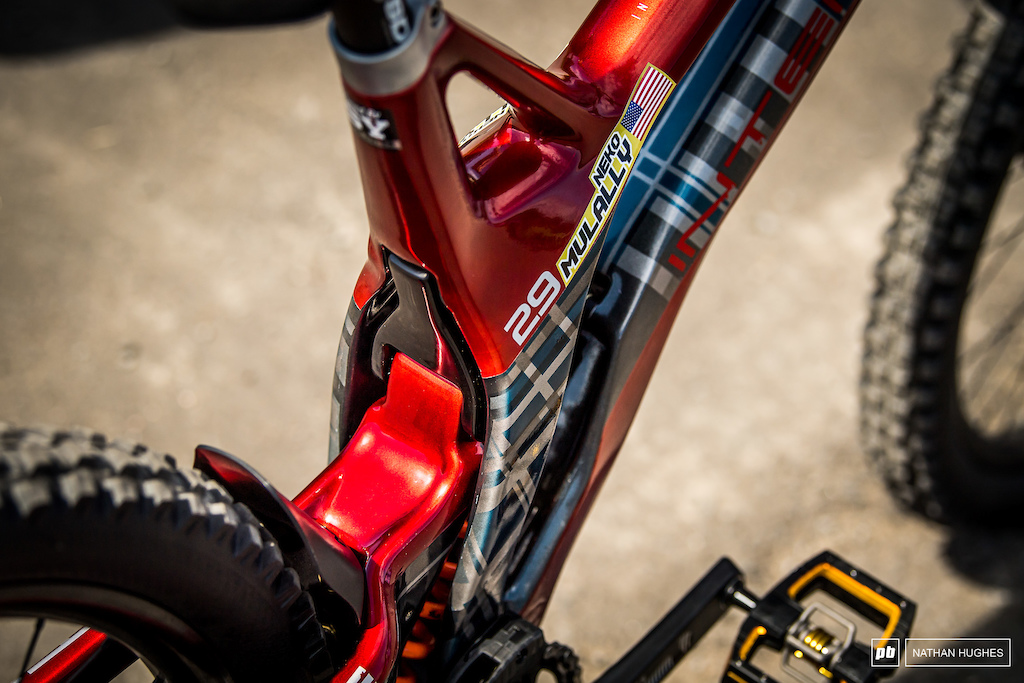 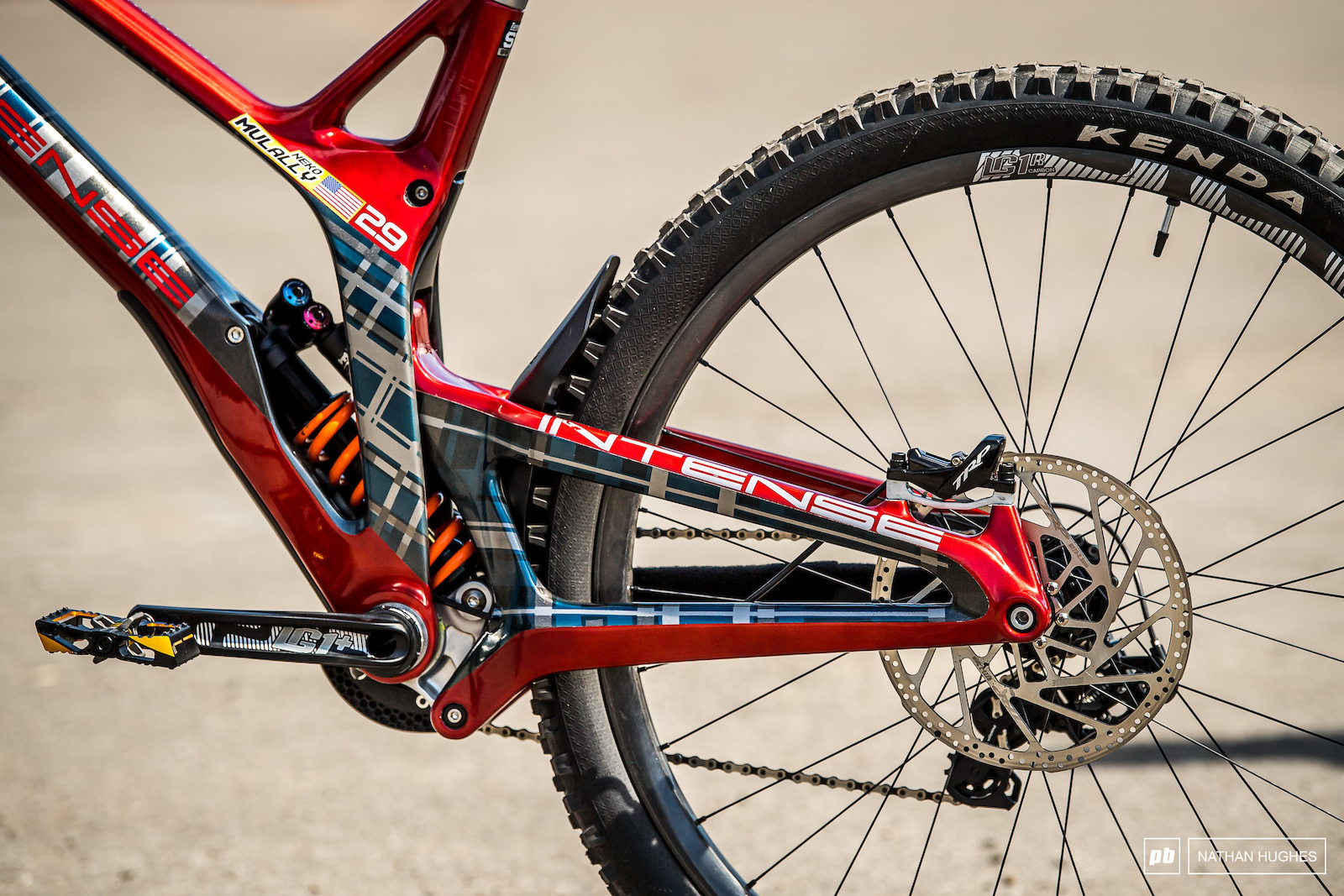 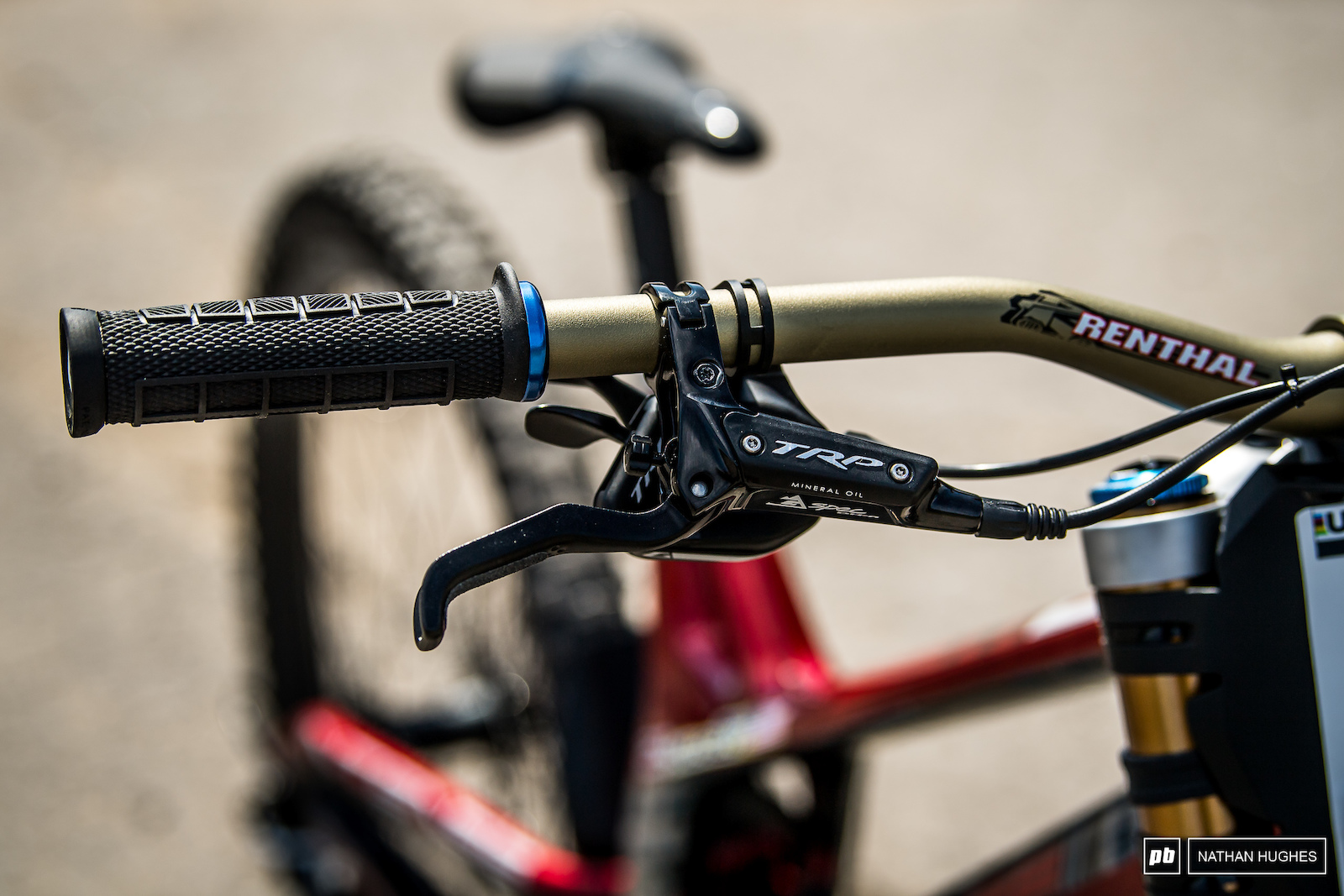 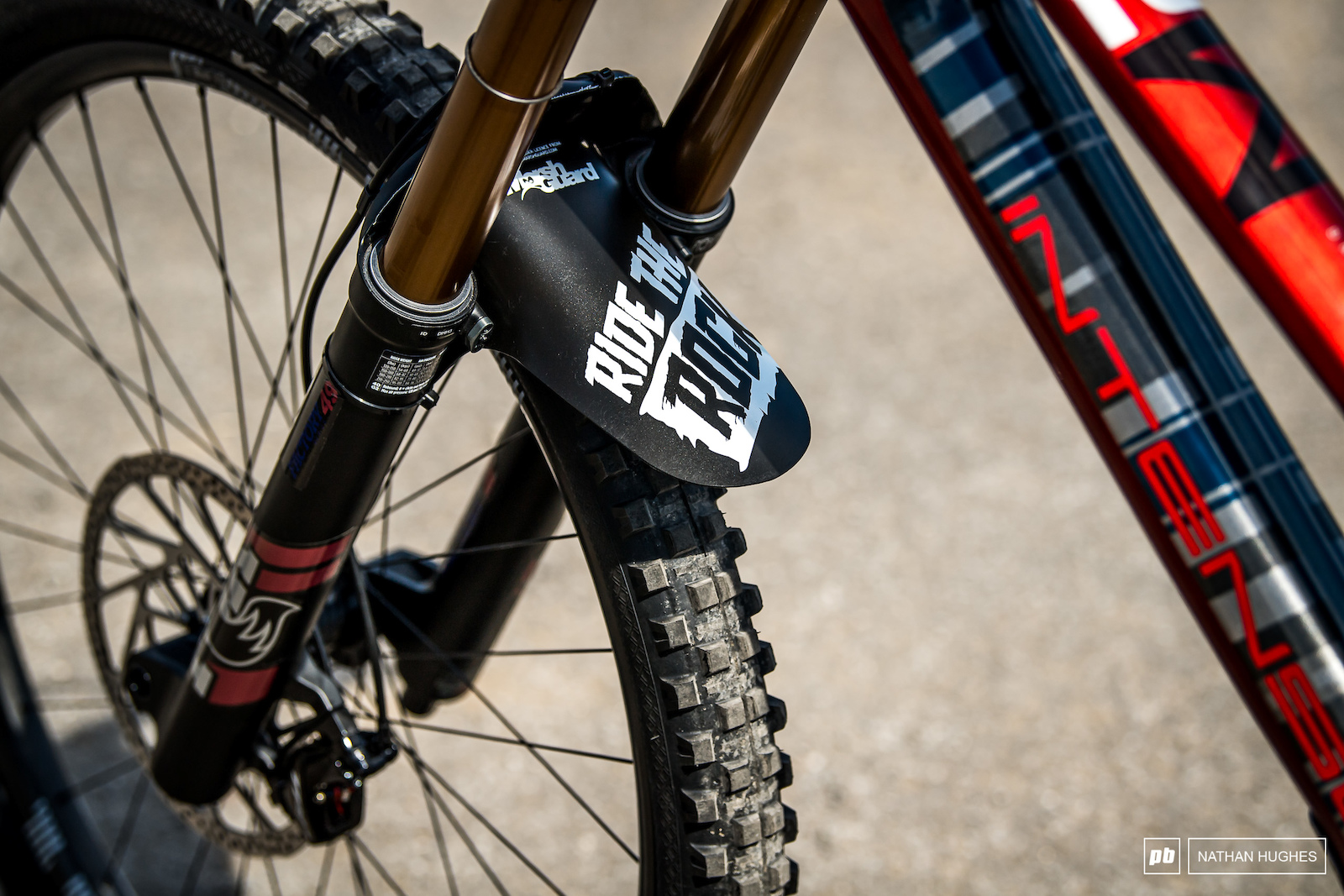 TRP G-Spec brakes and a shoutout to Windrock Bike Park, Neko's pet project and training grounds just a couple hours down the road from his home in NC. 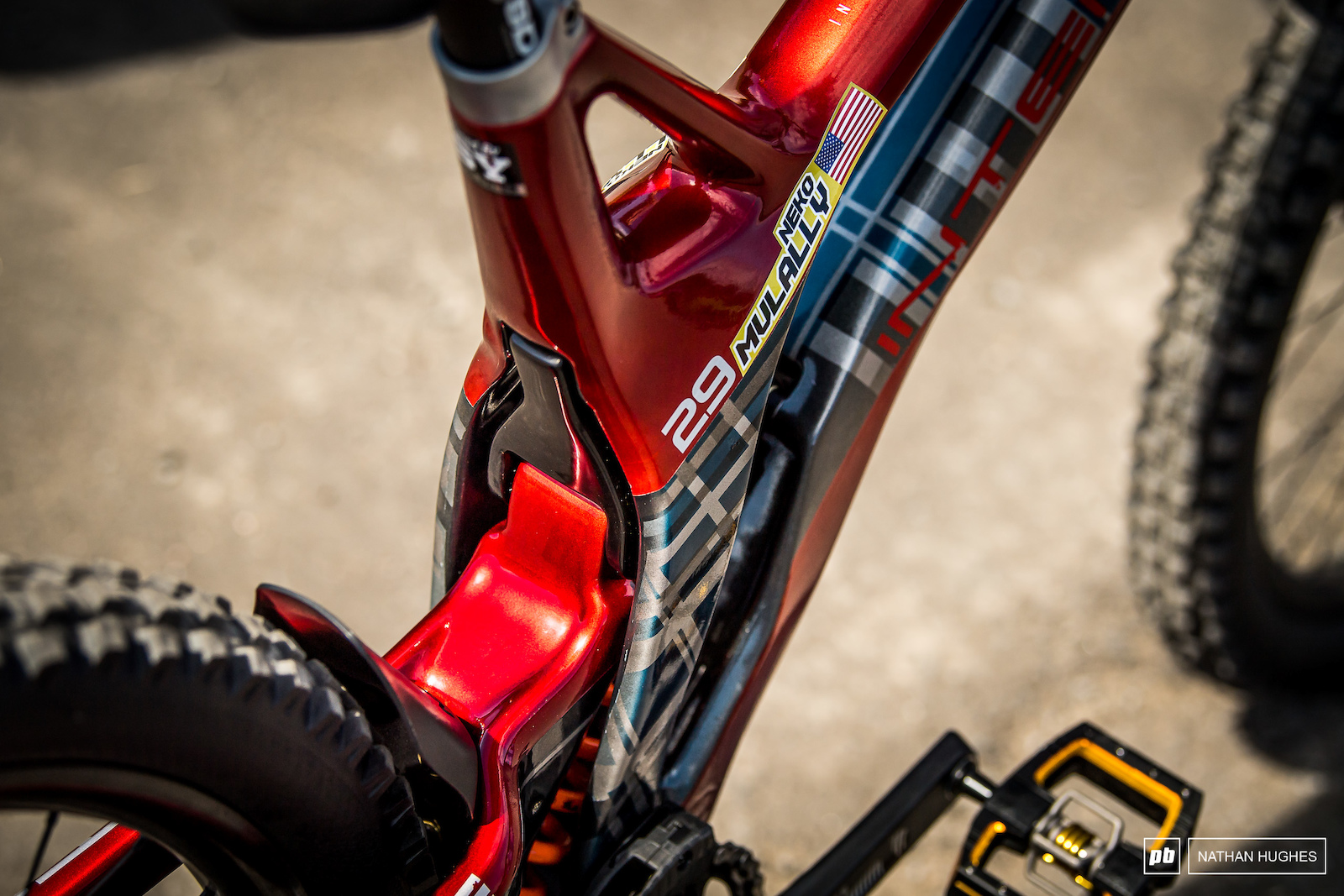 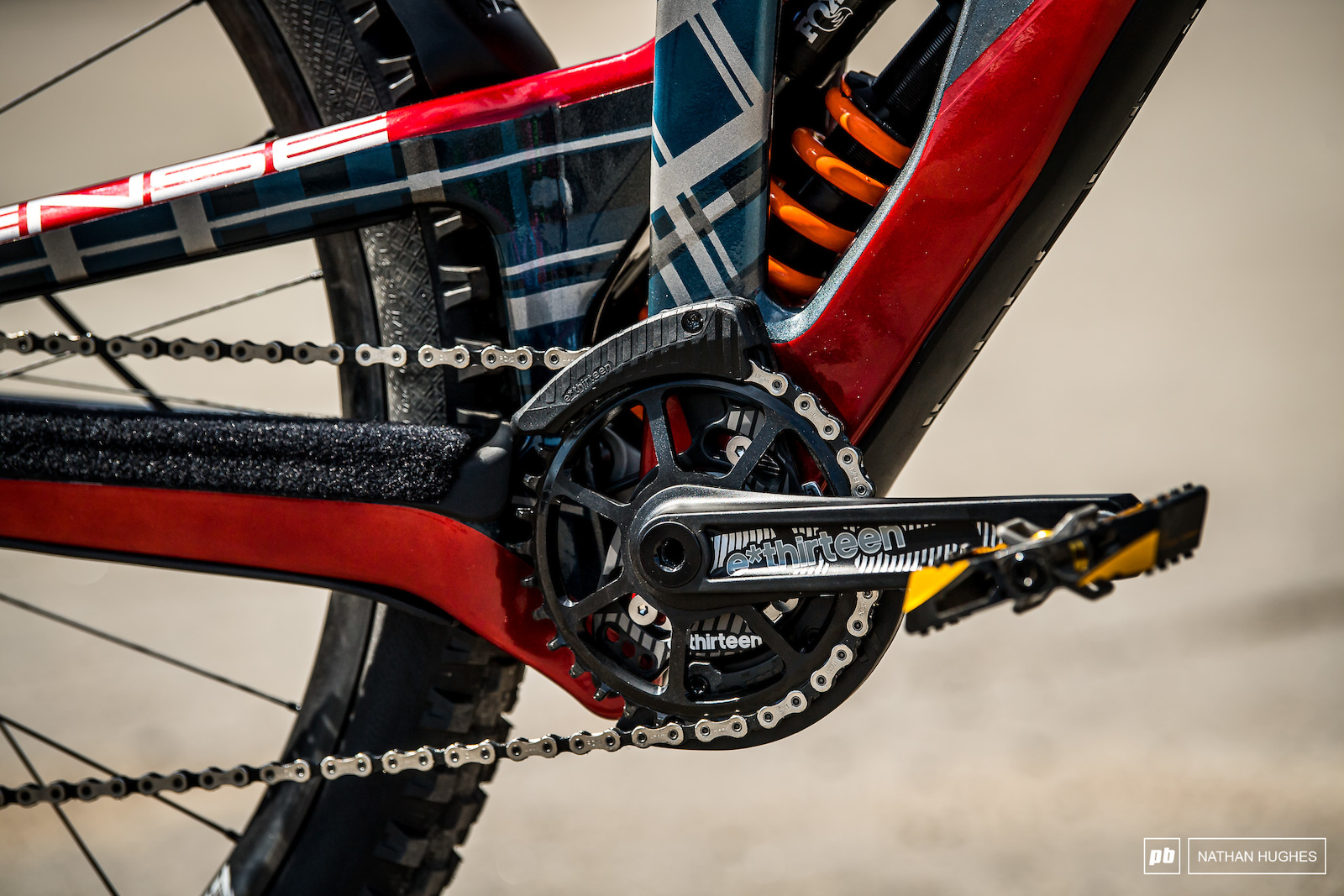 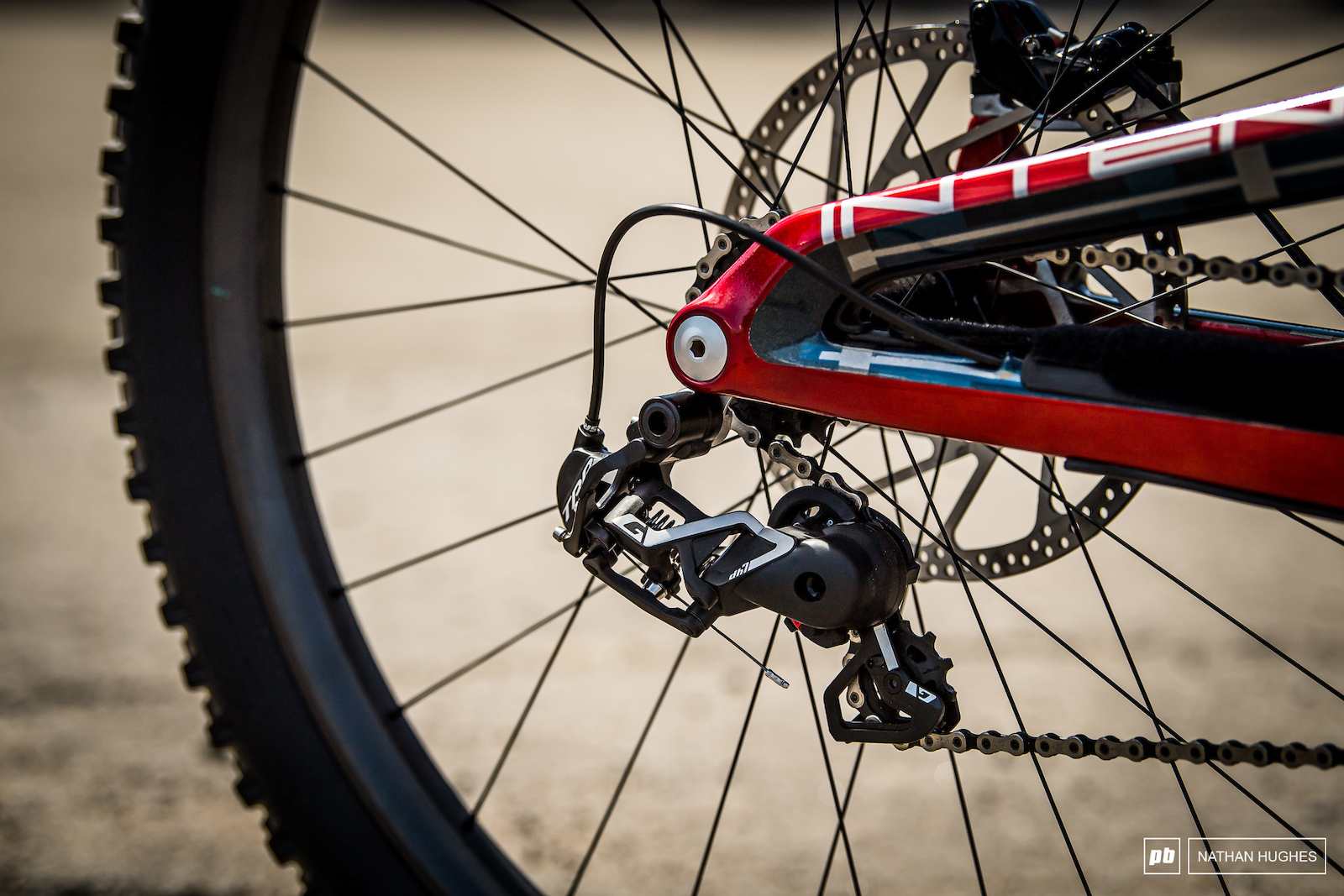 A TRP drivetrain with e*thirteen cranks. 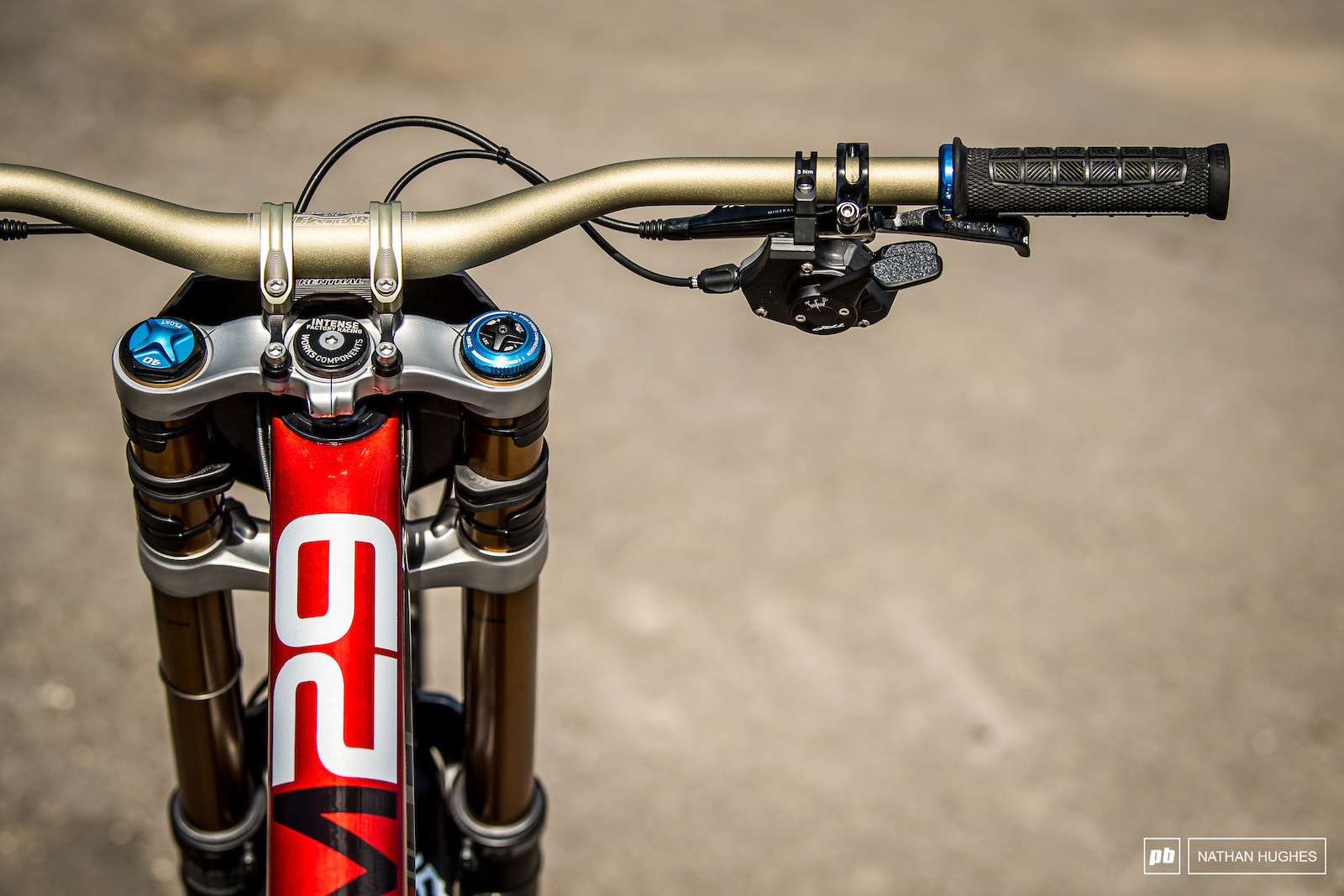 A Renthal bar and stem combo, Works Components angleset, and a patch of traction on the shifter. 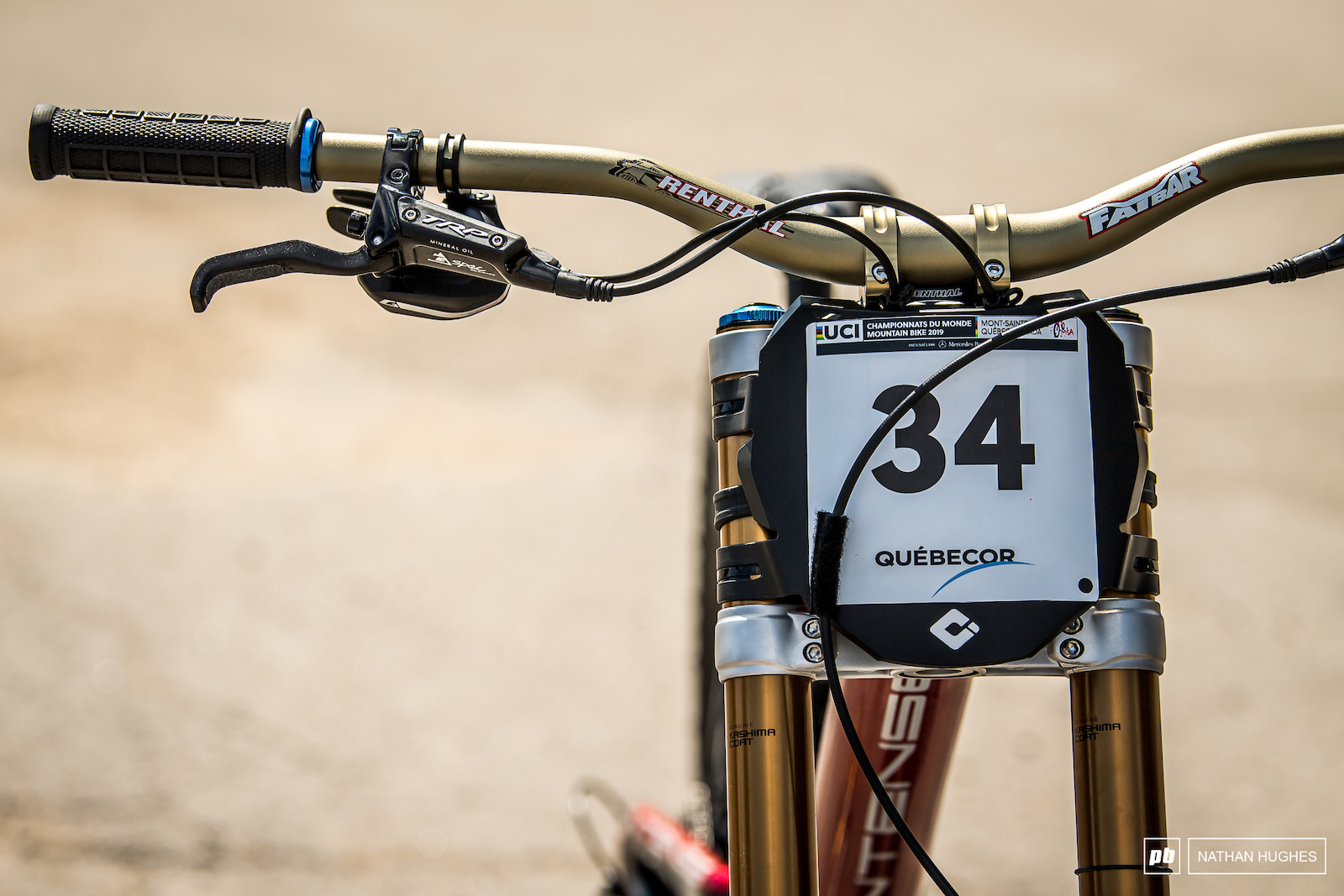 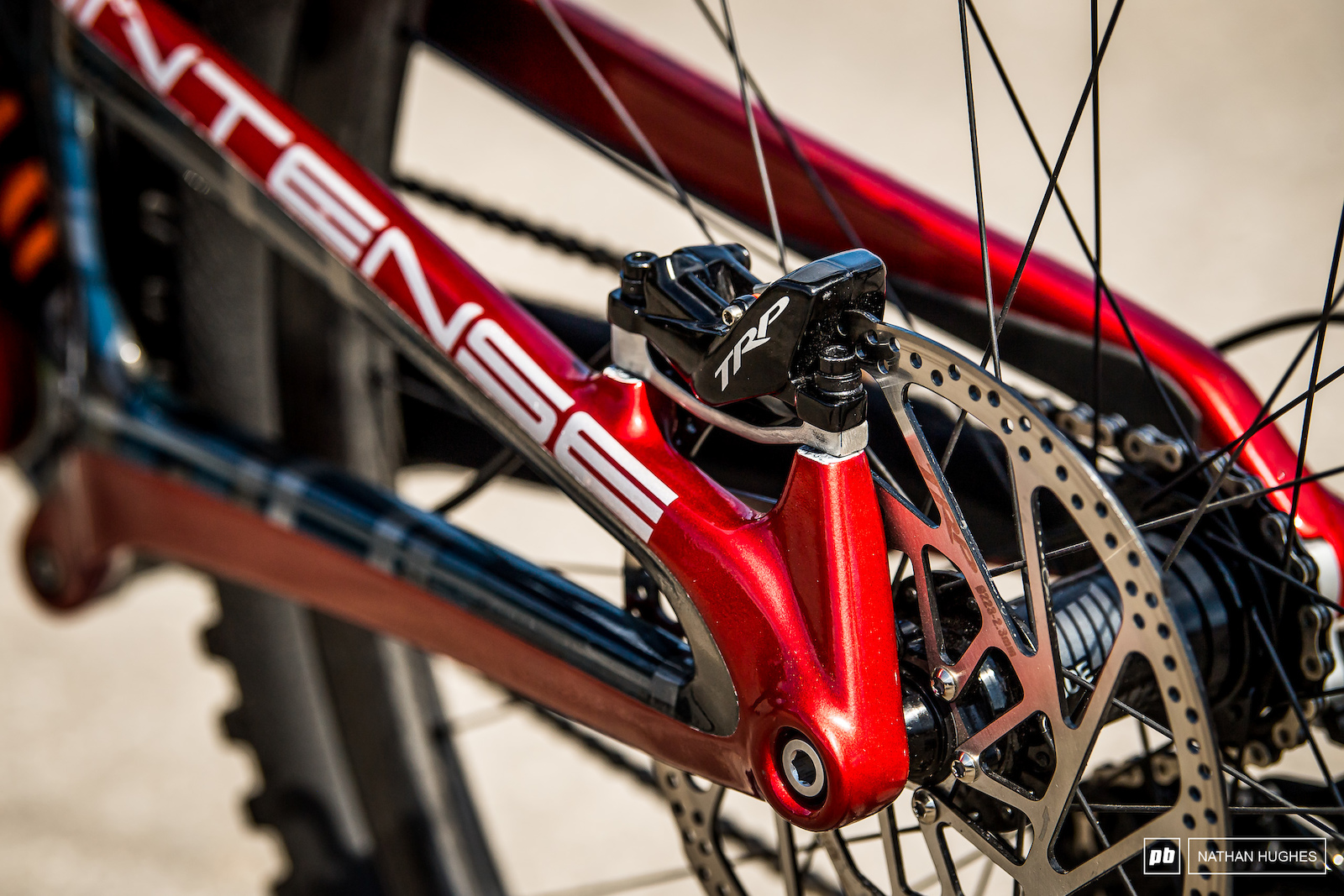 An extra large rotor paired to the TRP G-Spec brakes. 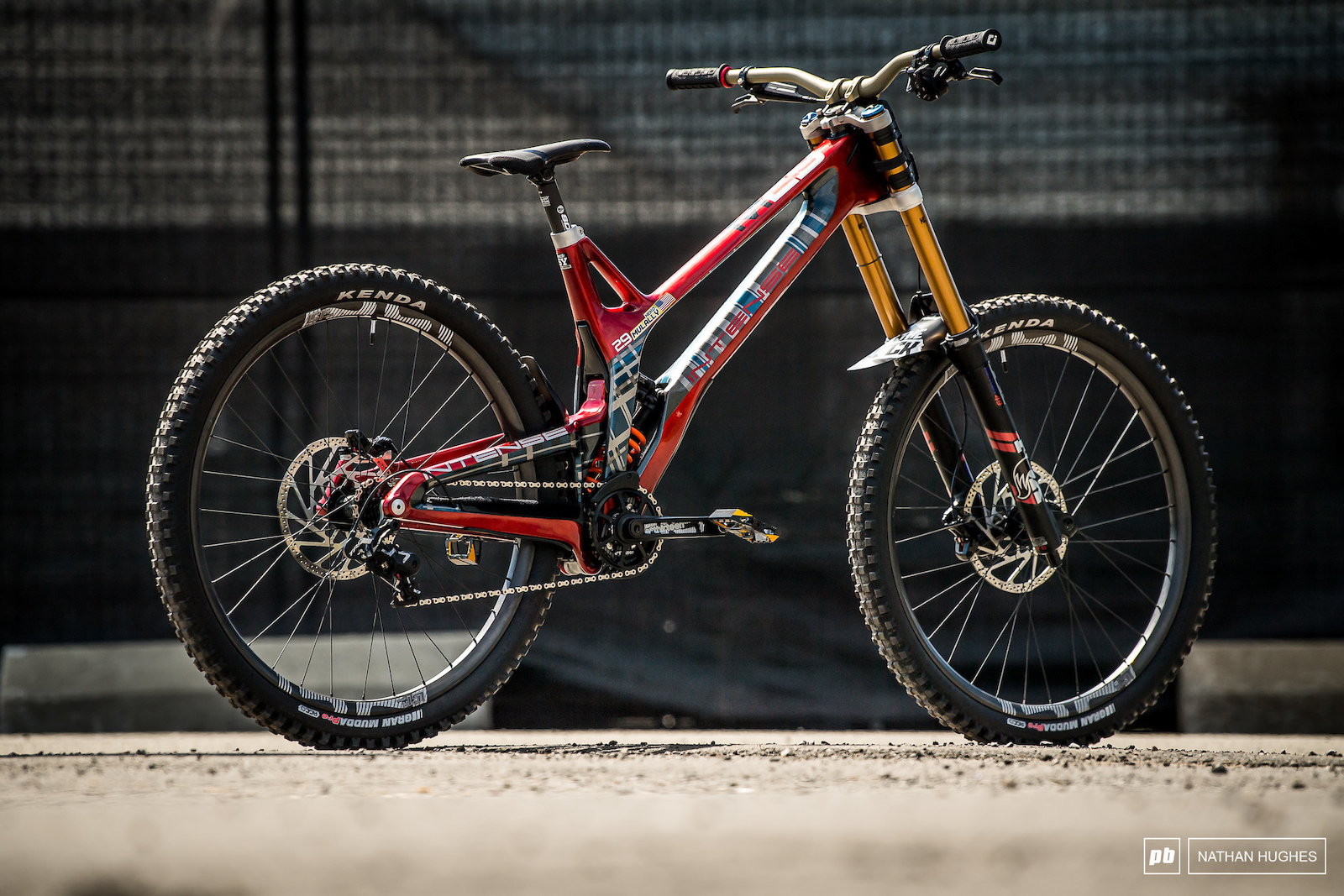 Neko Mullaly
Neko has once again teamed up with Can'd Aid to do some good with his race bike this year. Last season, when he found out he wasn't going to be able to race Worlds due to an injury, he decided that a good way to help out would be to give people the opportunity to end up with a new World Champs ready DH bike, his kit, or custom helmet while helping get kids on bikes through Can'd Aid's Treads + Trails program. Last year he raised over $26,000. This year Neko is hoping to double that and get over 500 more kids on bikes. 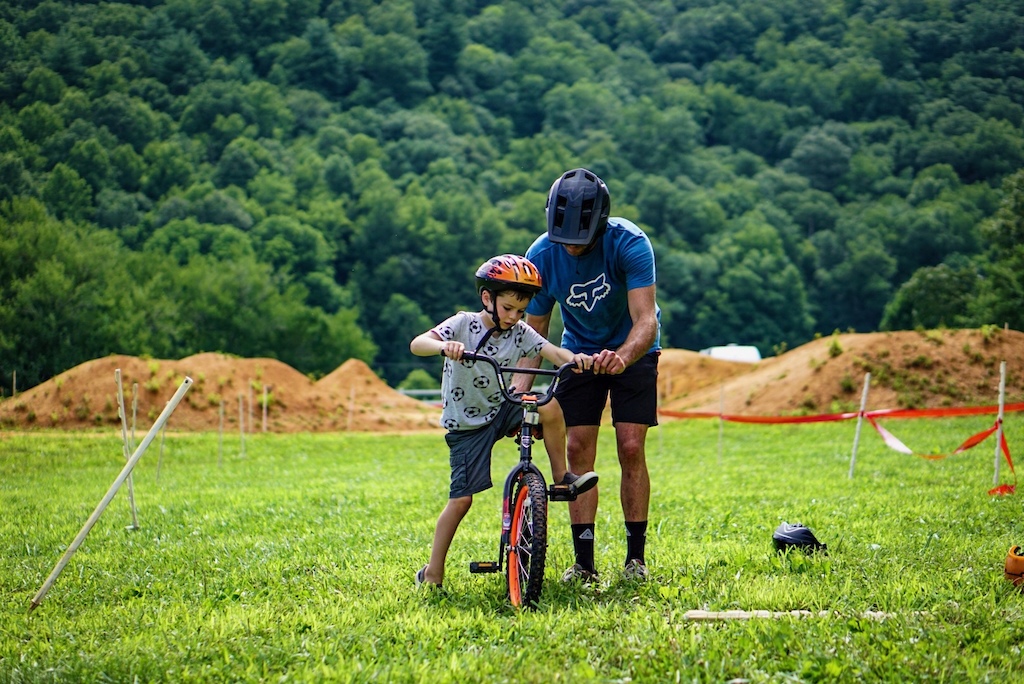 Raffle tickets are on sale now through November 15, 2019 at Candaid.org. Ticket packages start at $20 for 20 tickets and go up to $500 for 2,500 tickets. Even if you don’t win a bike, hundreds of kids across the country will win thanks to your support. The winner will be chosen by Neko on November 15, 2019 at Oskar Blues Brewery in Brevard, NC.

carbonbootprint (Sep 1, 2019 at 14:21)
Seems like such a sick dude. True beast on the rough stuff too, barely gets bucked around like so many other riders and just seems to eat it.

Deadclmbr (Sep 1, 2019 at 15:40)
Good Luck at Snowshoe Next weekend, Neko. See you there. This will be my 4th raffle I’ve entered this year for a badass bike. I really don’t mind donating to ‘get kids on bikes’ #NICA #NEKOISAWESOME

flipoffthemonkeys (Sep 1, 2019 at 10:51)
the company that delivers flowers to old people in hospitals makes a tire insert? what a time to be alive...

nordicMT (Sep 2, 2019 at 2:19)
Dunno... can"t get over Neko talking smack about Martin Maes' downhill biking ability in the Downtime Podcast with Elliot Jackson.

great way to give back to the sport too! I’m going to buy tickets for sure

mtbswindler (Sep 1, 2019 at 7:44)
Good on Neko, had intense put some effort into the Worlds bikes this year, it might be worth something with the worst paint bobs in the pits. Intense, its called worlds! Its called worlds cause all the best is there, and you sent this shitty paint job that nobody worked on until last week. Its called worlds!

shredright (Sep 1, 2019 at 9:02)
Most of 'em aren't great this year. Removing the anodising on the crowns made this scheme work pretty well.

sunringlerider (Sep 1, 2019 at 15:36)
Huh? You should follow them on socials. Jeff painted that bike, it took just a tad more than a week, but we all have our opinions.
Post a Comment