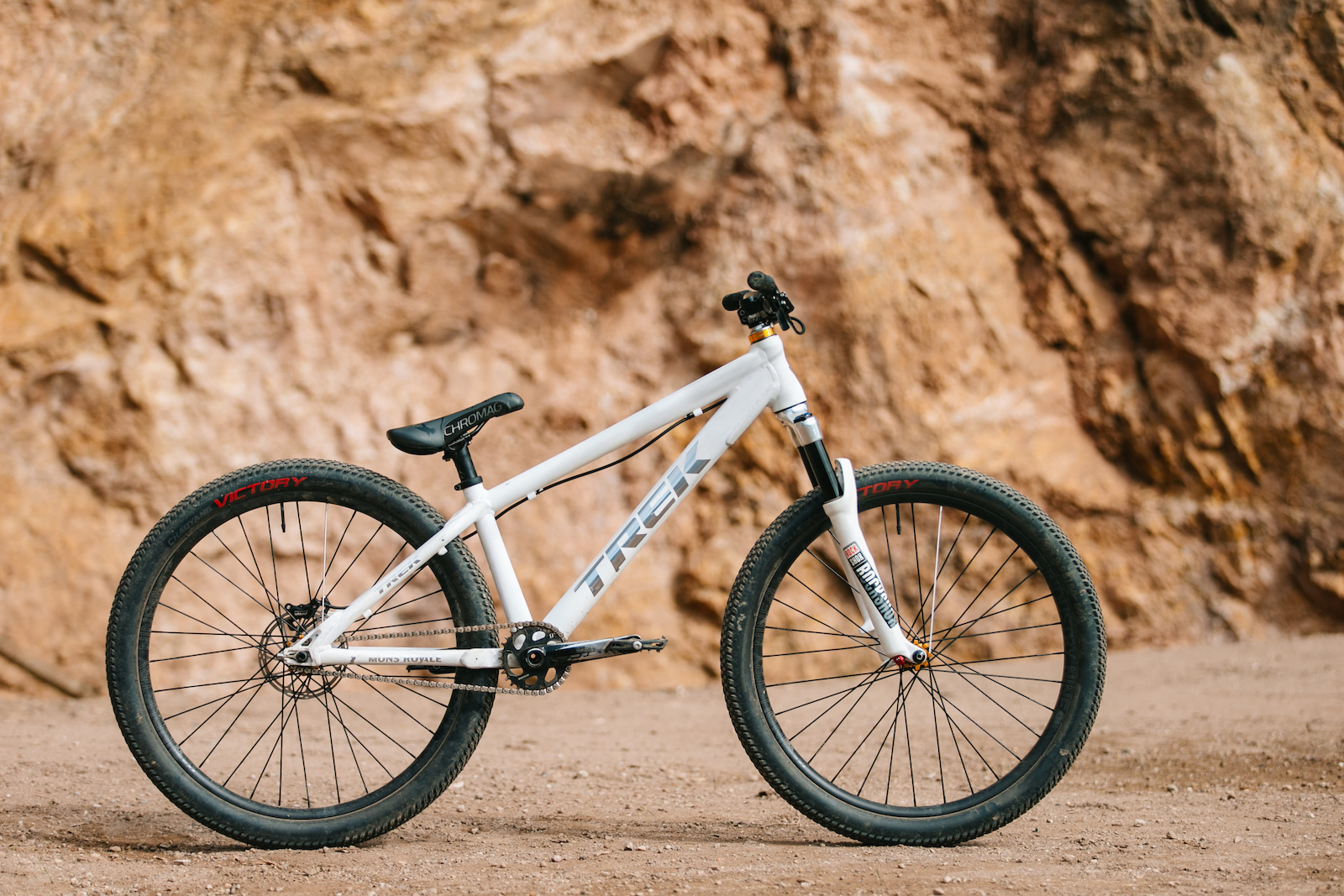 BIKE CHECK
Peter Kaiser's
Trek Ticket
Photography by Samantha Saskia Dugon
In true Trek style, the paint design on this frame is something special as Peter Kaisers Trek Ticket stands out in quarry with its bright white frame and reflective silver decals.

The 23-year-old from Austria and currently living in Innsbruck, is back at Audi Nines for the fourth time and after taking the win last year for the highest air at the Vienna Dirt Battle, Peter is on a mission to push himself further and further. This year at Audi Nines he has tried out and perfected his Flip Bar-Spin to Superman Seatgrab on the Big Air jump here in the quarry, and we're only half way through the week! 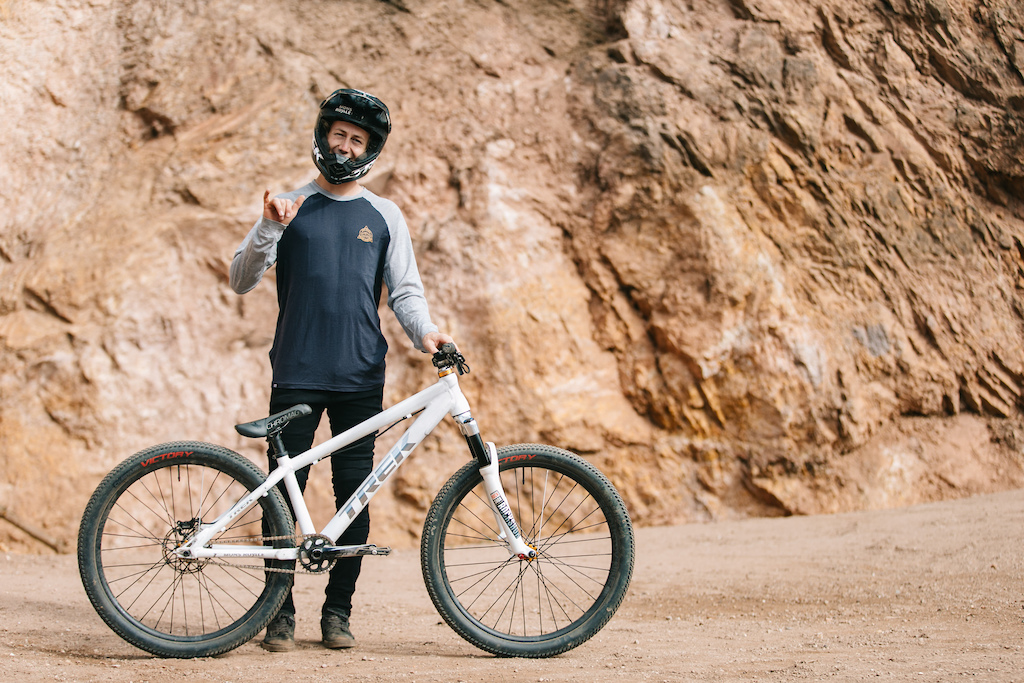 Peter and his Trek Ticket 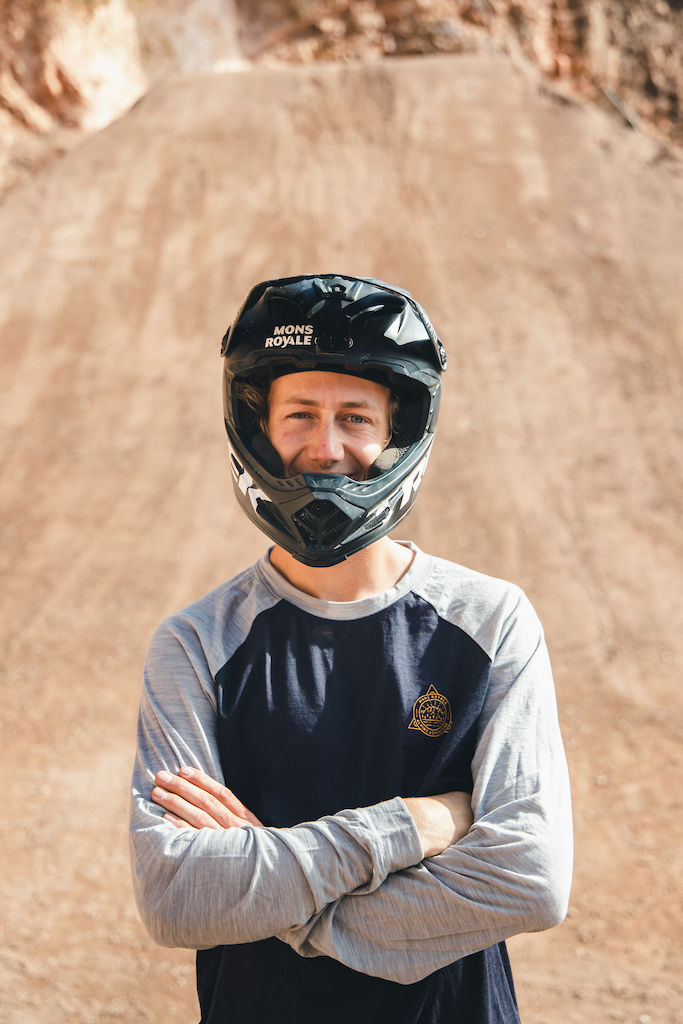 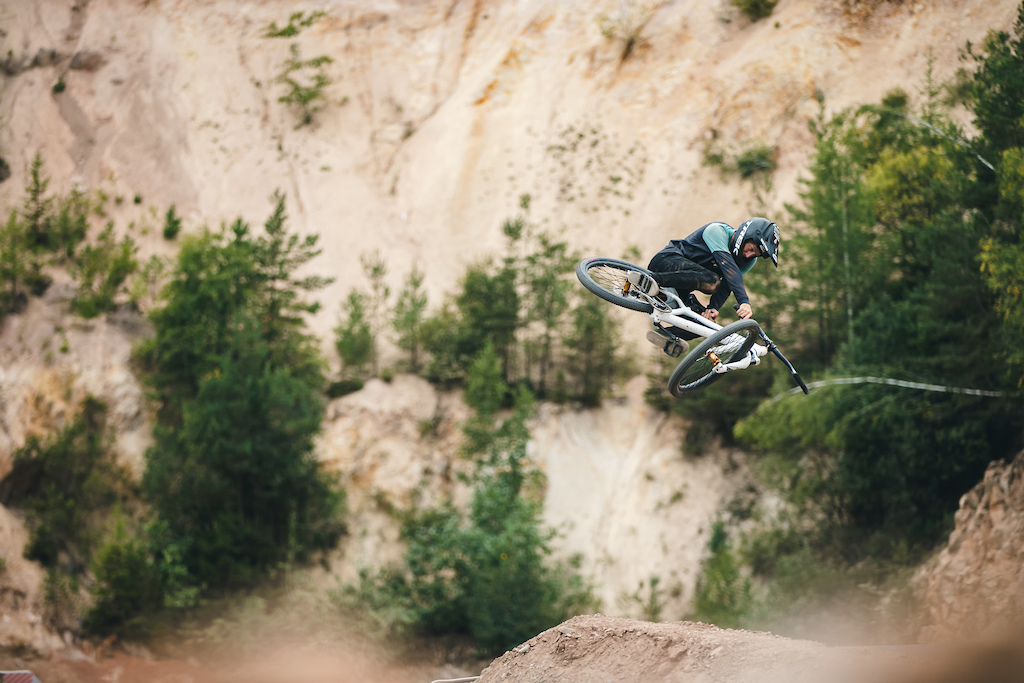 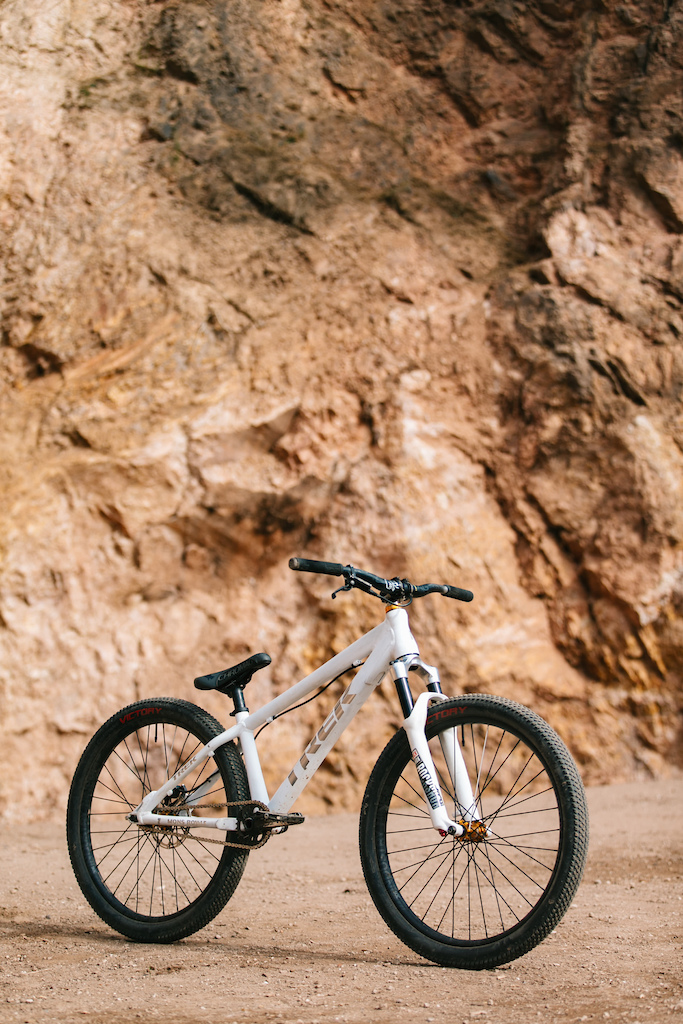 This frame is aesthetic all round 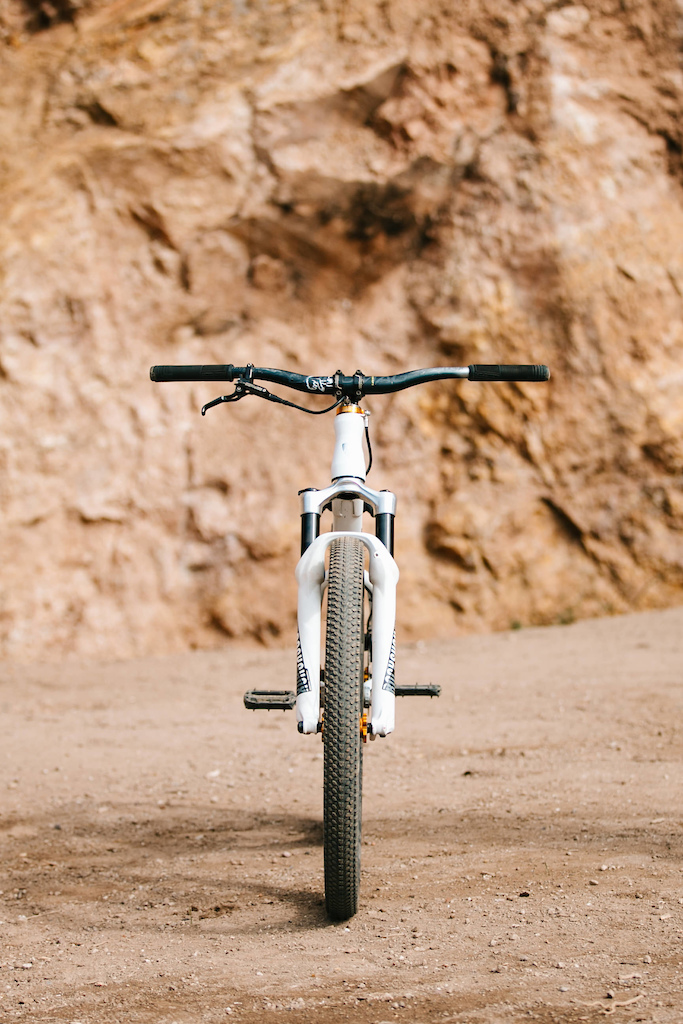 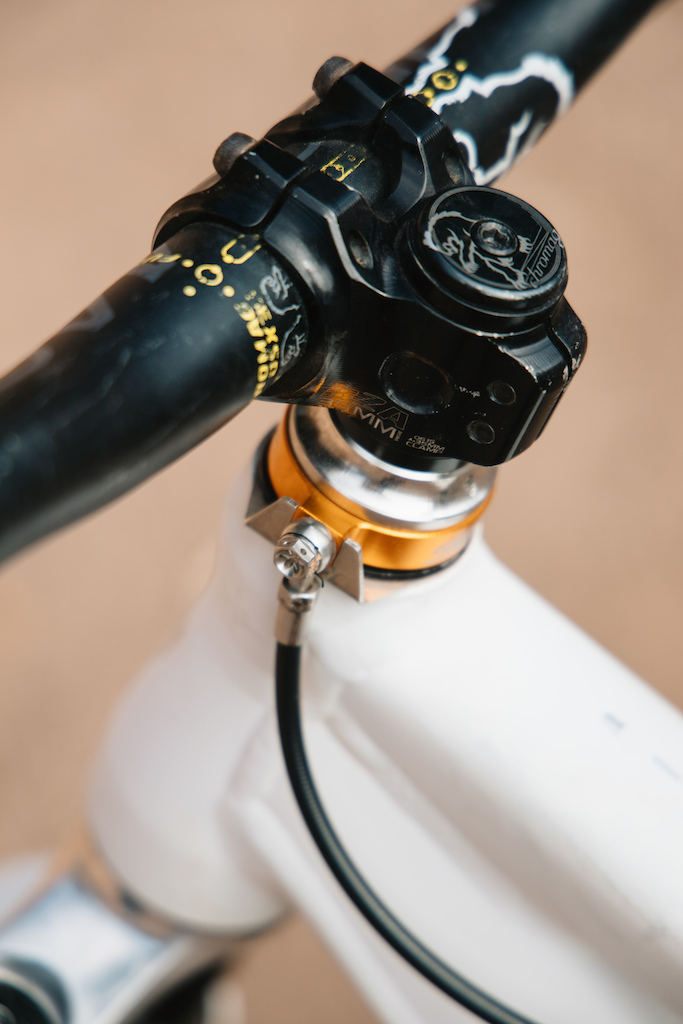 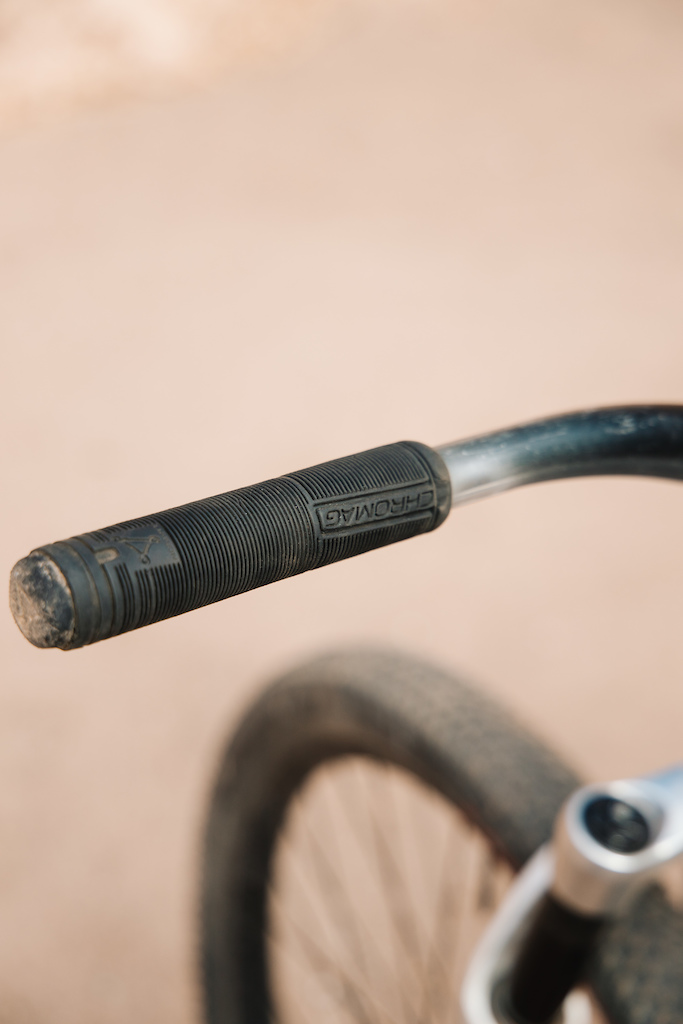 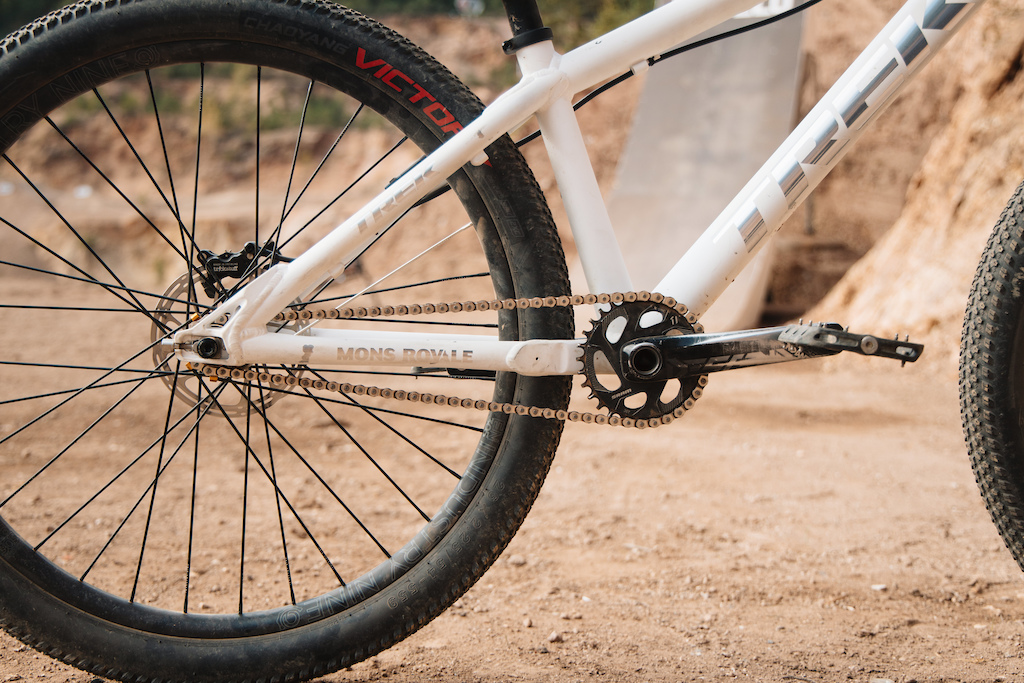 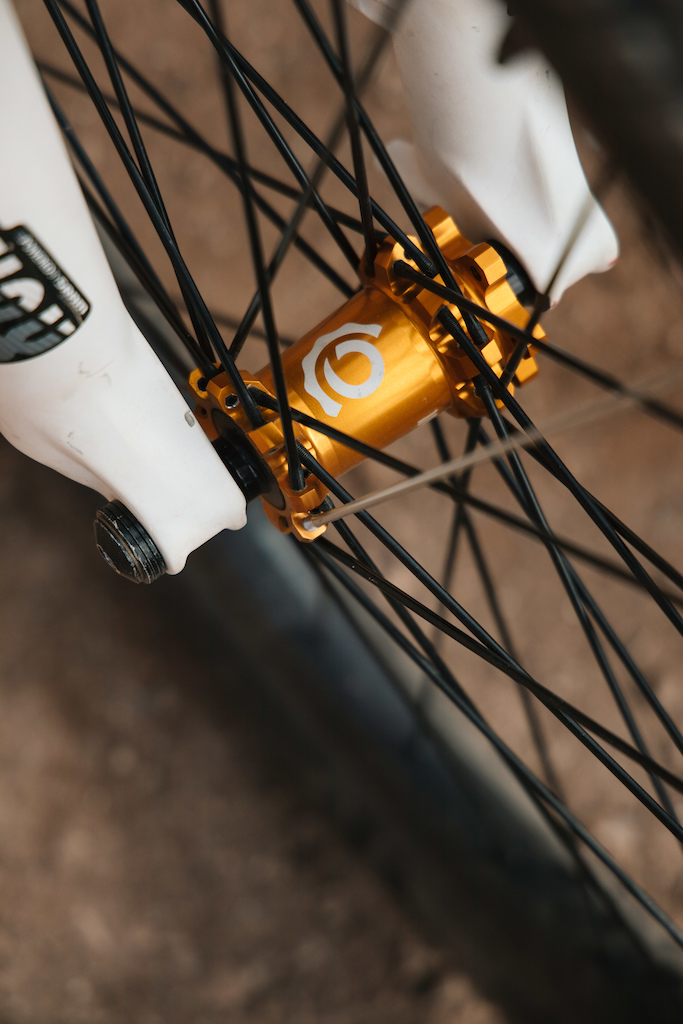 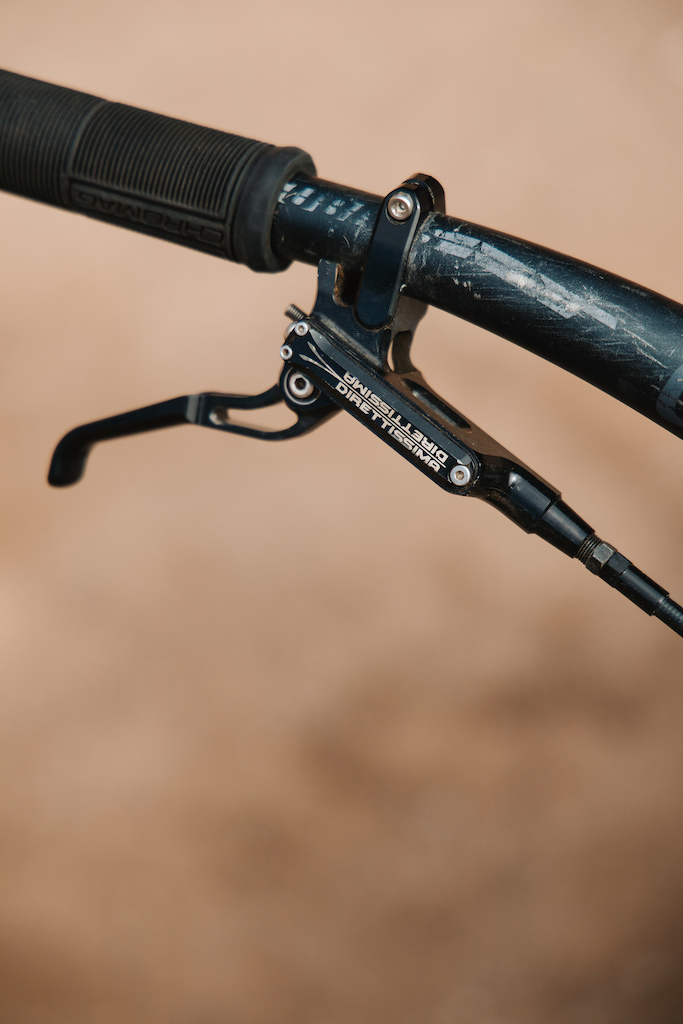 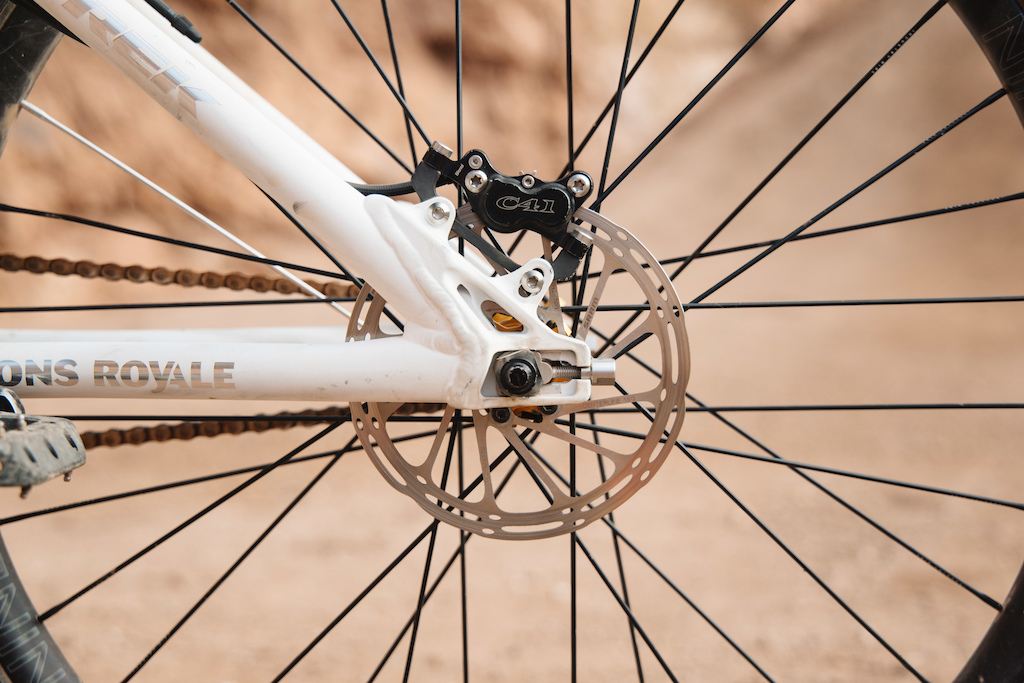 A short backend making jumps even more fun for Peter 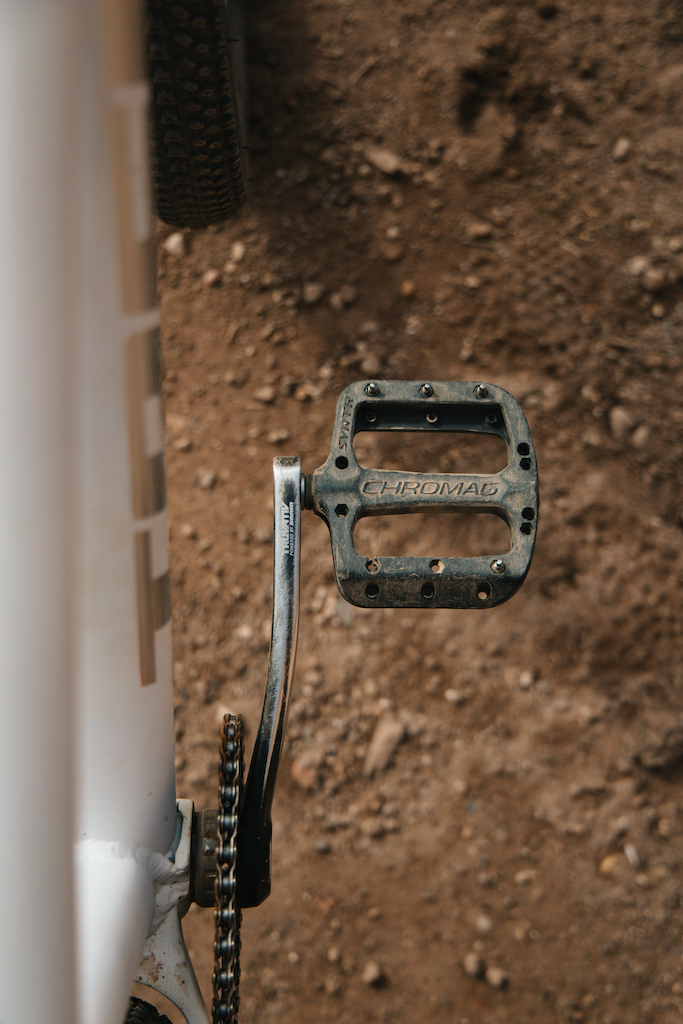 Chromag Plastic Pedals. Lightweight and not too hard on the shins 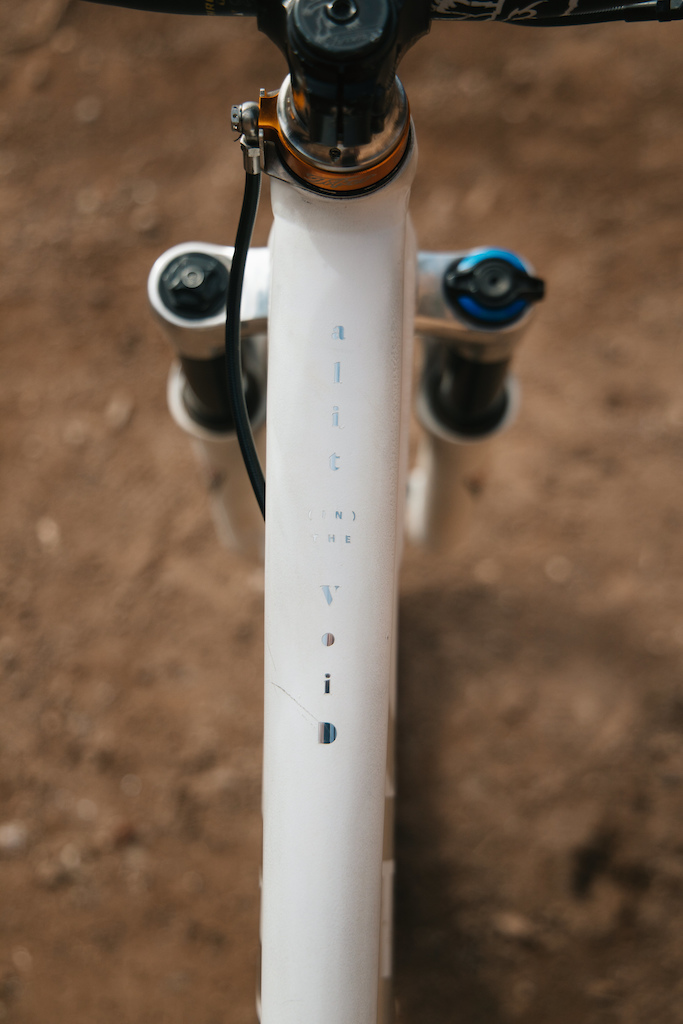 A bit of top tube detail

matt-15 (Sep 11, 2020 at 16:33)
I'd like to see a pie chart of how many people are running Chromag Overture saddles compared to literally everything else. I mean, I get why so many people like them (I have one on my DJ), but it seems like literally half of the DJ/ slopestyle bikes I see are using one

sullivan0014 (Sep 11, 2020 at 19:21)
I've got one on mine too, though I took the overture leather and foam and put it onto a bmx pivotal body. Gives it a really clean look. But you're not wrong, I think most of my friends have them on their bikes too.

J-Gordon (Sep 12, 2020 at 10:08)
Whats funny is that the spank dirt jump seat I bought is actually the exact same producer of the shell, with a different stitching, I would also bet money that the new burgtec saddle is made by the same manufacturer.

Mattin (Sep 12, 2020 at 15:53)
@J-Gordon: I woud bet my money that it's a Taiwanese catalog saddle that any brand can order in a big batch and choose the color and logo they want printed on it.

ipreferdirt (Sep 13, 2020 at 10:15)
@Mattin: the specialized soder seat is the same seat and I believe the new Title seat is as well. Having said that I have 2 overtures and they are super comfortable and super durable.

DoubleCrownAddict (Sep 11, 2020 at 23:51)
Sweet looking bike. But why the ridiculously long valve stems?

GilesSTurner (Sep 11, 2020 at 12:59)
I’ve seen this Chaoyang name on tyres. Can someone fill me in? The name alone makes me not want to touch it with a barge pole, but I’m curious.