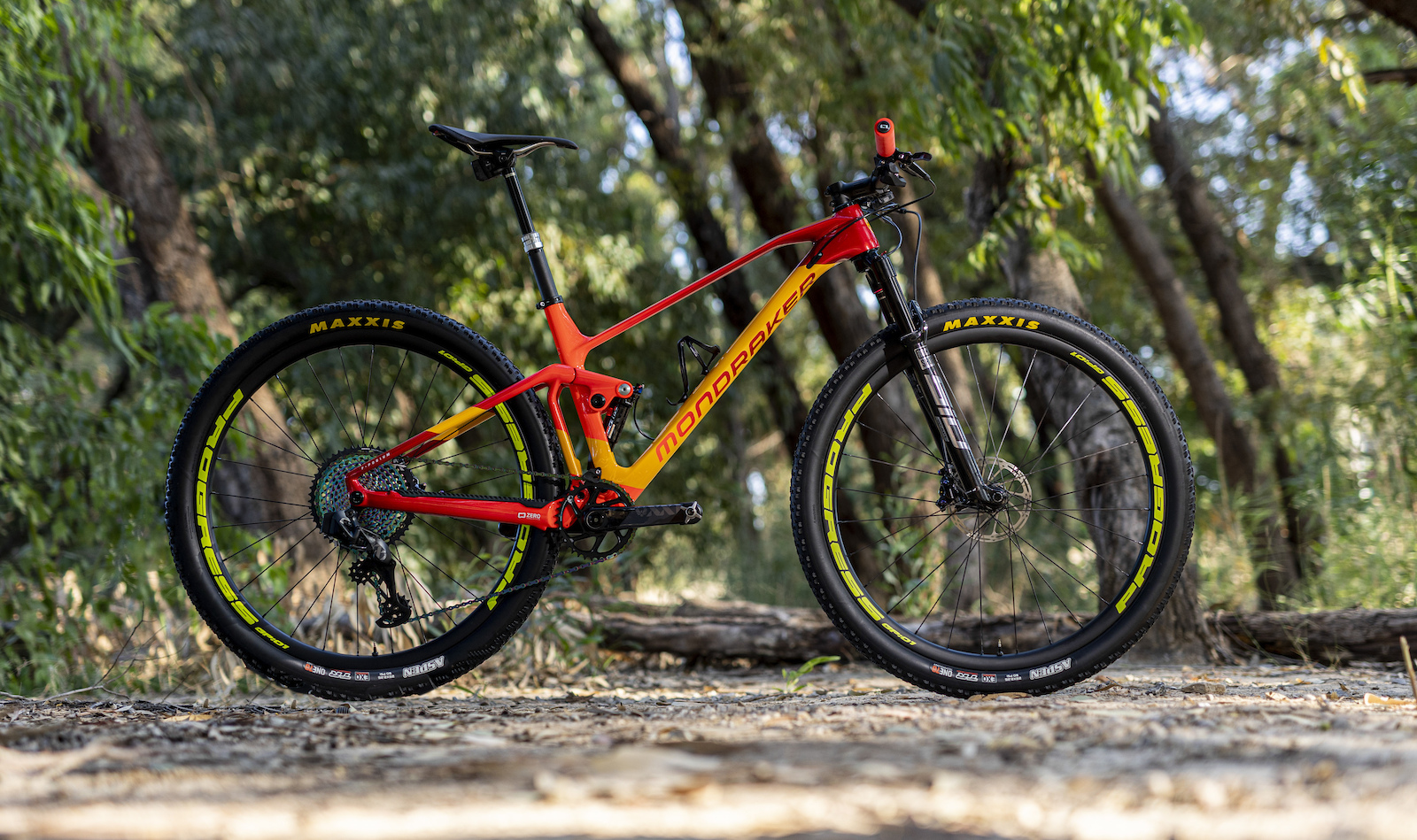 BIKE CHECK
PMX Racing Team's
Mondraker Olympic Race Bikes
Three members of Mondraker's elite XC team — Bec McConnell, Dan McConnell, and Jofre Cullell — are on the start list for the Games, so Mondraker made special editions of the Podium RR and F-Podium RR XC race bikes to celebrate. The blue-green and yellow version is a nod to Australia, home to Bec and Dan McConnell, while the red and yellow colorway honors Spain, home to both Jofre Cullell and Mondraker itself.

Each rider has both a full suspension F-Podium RR and hardtail Podium RR built for them, since both have benefits on the demanding XCO course and the riders would like to test both on the track before deciding which to ride for the big event. After all, it is the most prestigious XC event in four — no, five years.

Dan has already made history this year as the first Australian mountain biker to be selected for four Olympic Games in 2008, 2012, 2016, and now 2020/1. Bec, also a multi-Olympian, is the first female mountain biker to represent Australia in three Games. 22-year-old Spaniard Jofre Cullell will make his Olympic debut alongside the pair.

After Bec's strong 3rd place showing in Nove Mesto and several impressive elite rides from Dan and Jofre, we look forward to seeing what each of them can do at the Olympics. 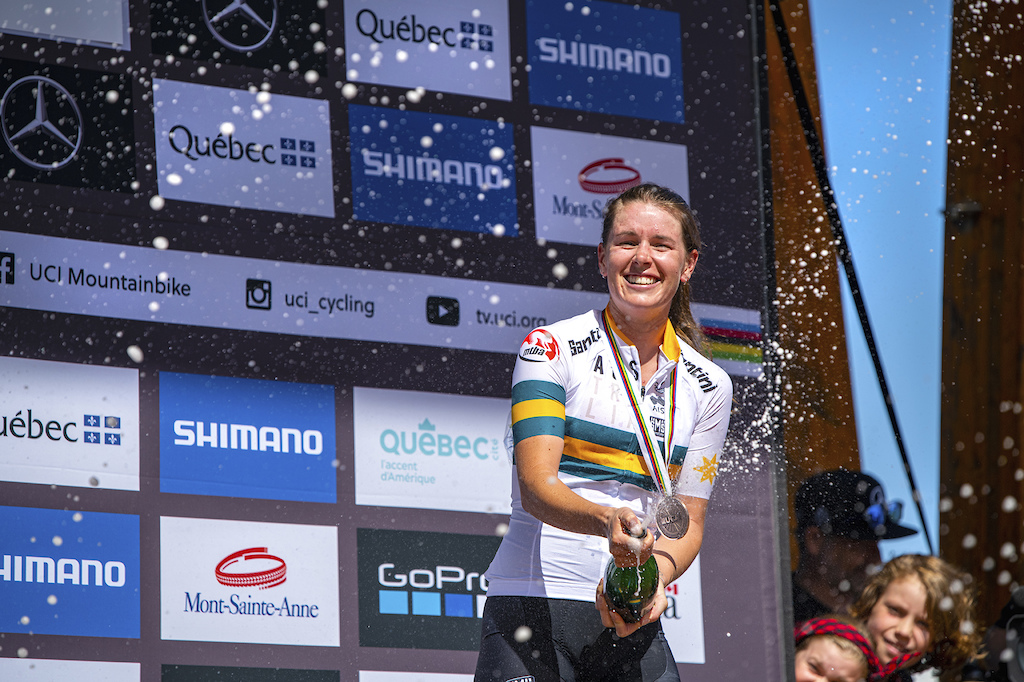 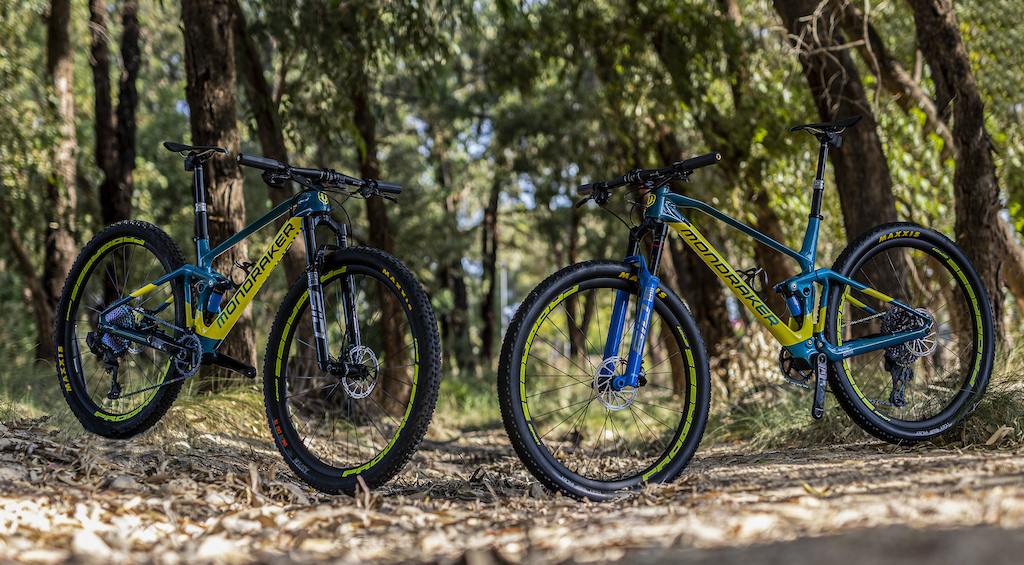 The Australian F-Podium RRs.
The blue-green and yellow colors on Bec's and Dan's bikes match their Australian national team jerseys and are meant to represent the country's resources. Mondraker says yellow signifies beaches, mineral wealth, grain crops, and wool, while blue-green represents the ocean, eucalyptus and other forests, and pastures. The colors are also akin to Australia's national flower, the golden wattle. 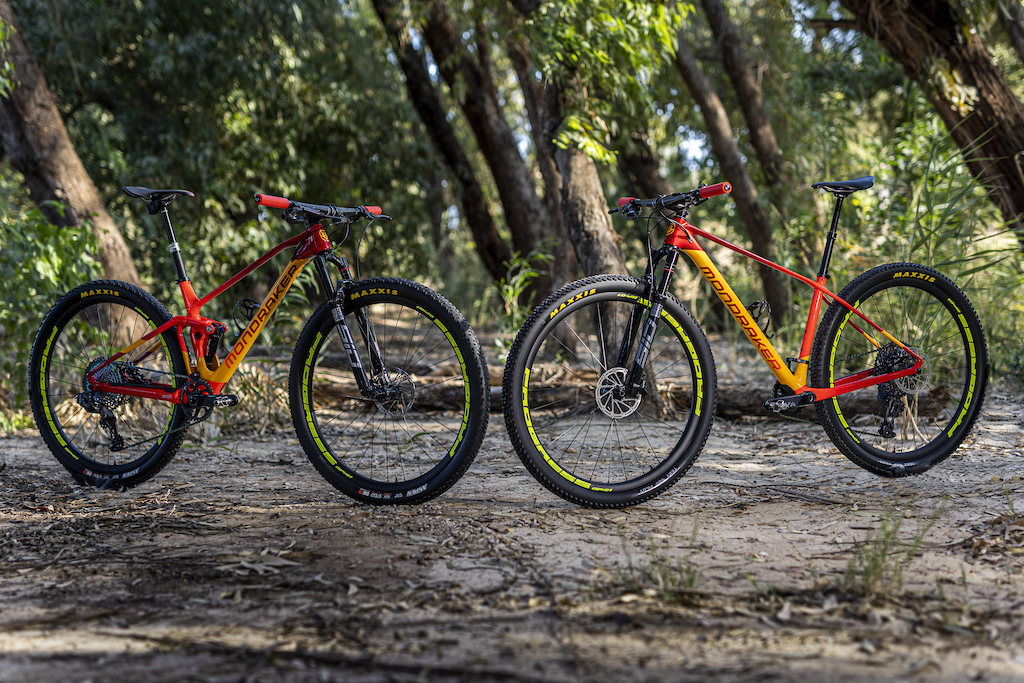 Cullell's Spanish F-Podium RR and Podium RR.
Jofre Cullell's bikes are painted to represent the Spanish flag. Legend says those colors come from Spain's bullfighting tradition, but it's not quite certain. 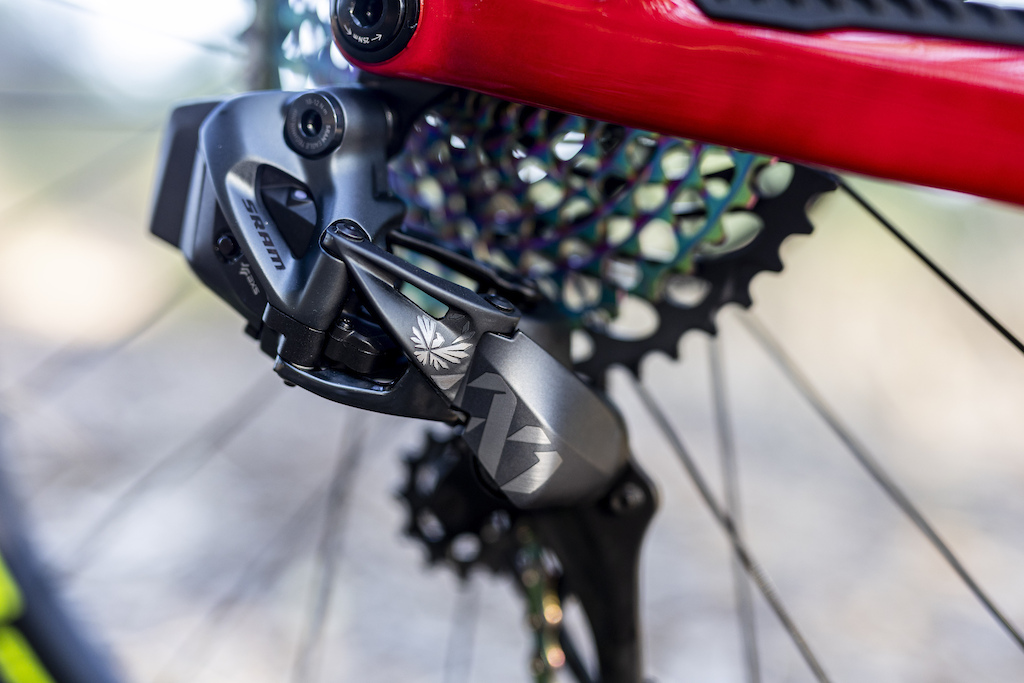 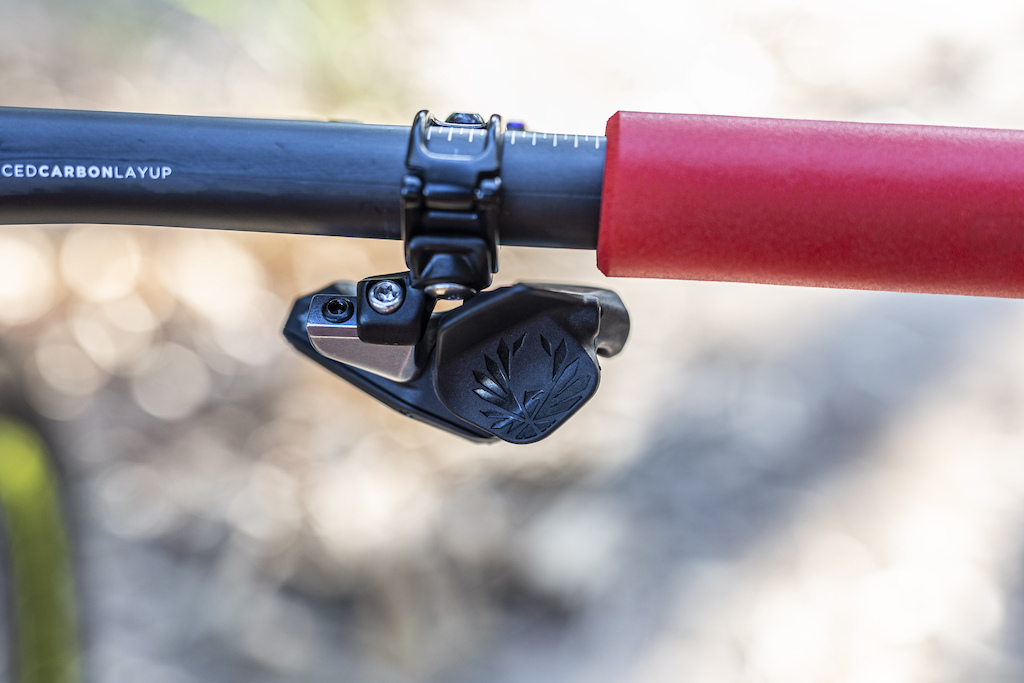 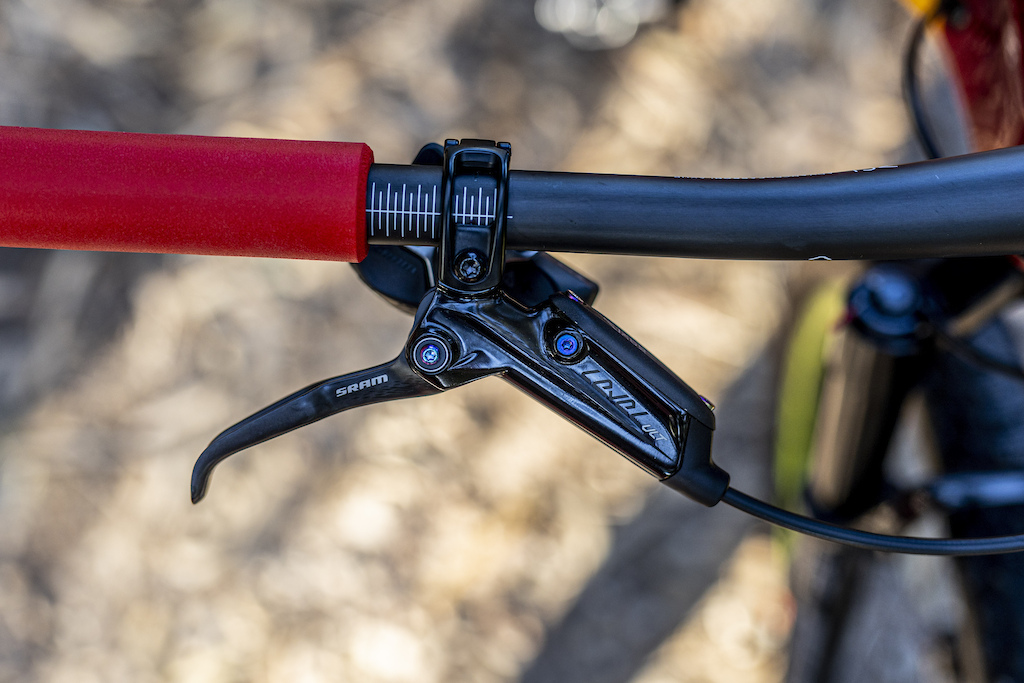 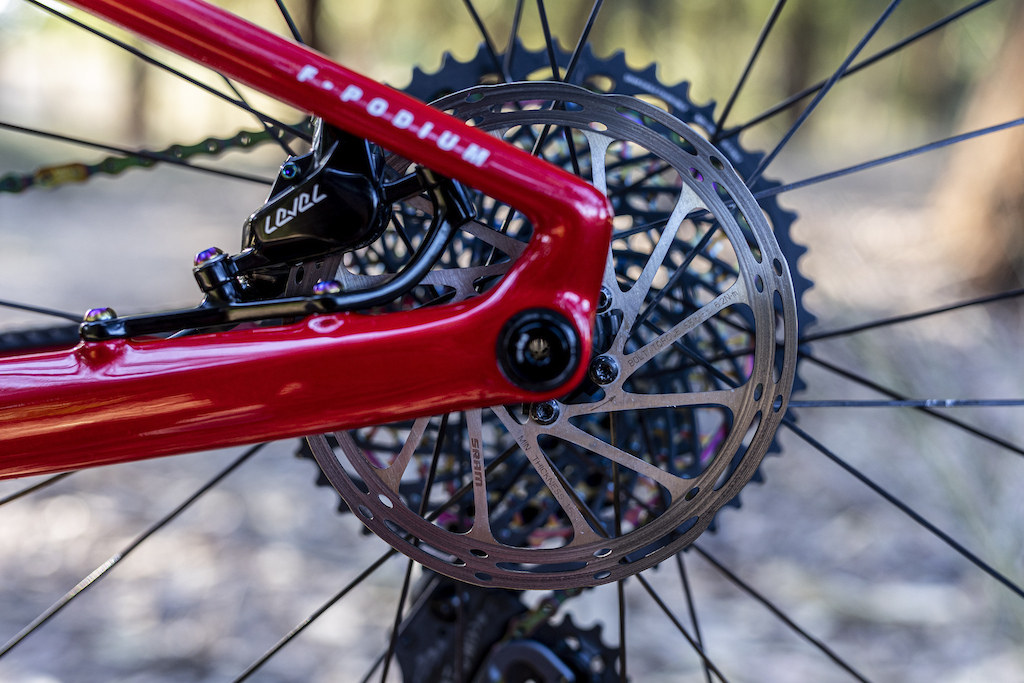 SRAM Level Ultimate brakes for stoppers, with nothing held back on the oil slick Ti bolts. 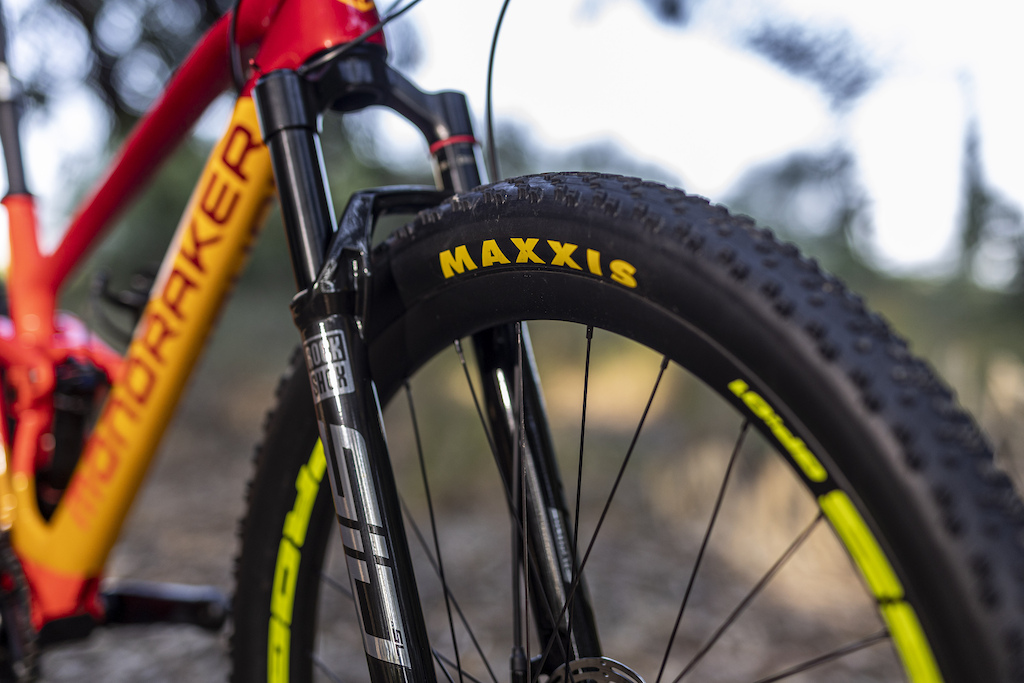 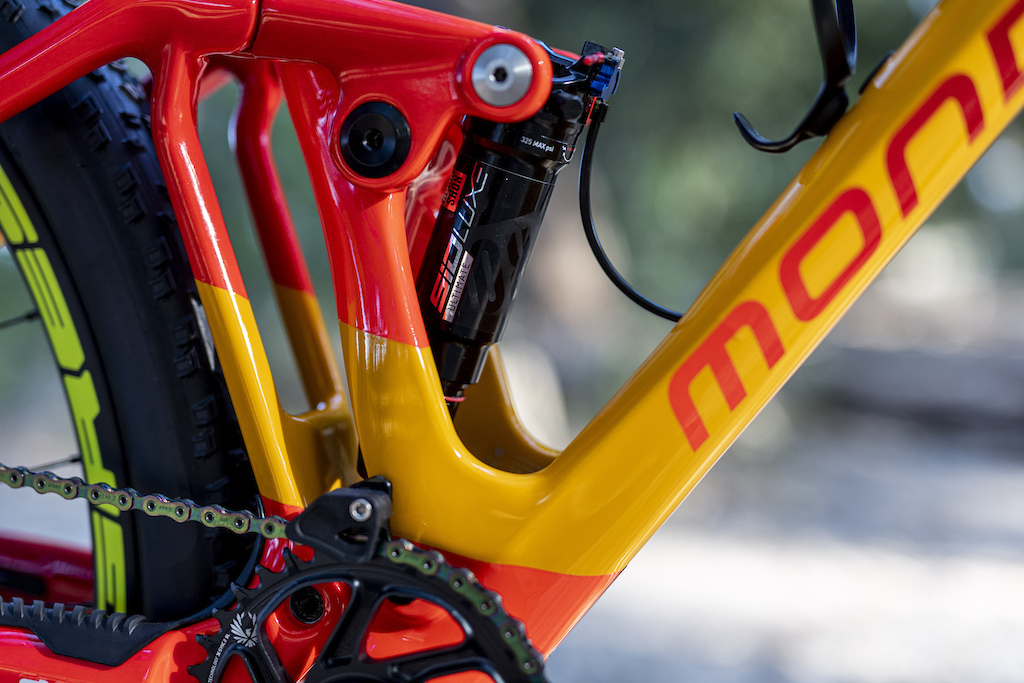 All the bikes are specced with Rockshox ID SL Ultimate RL forks on the front, and the F-Podiums have SID Luxe Ultimate RLR shocks in the rear. 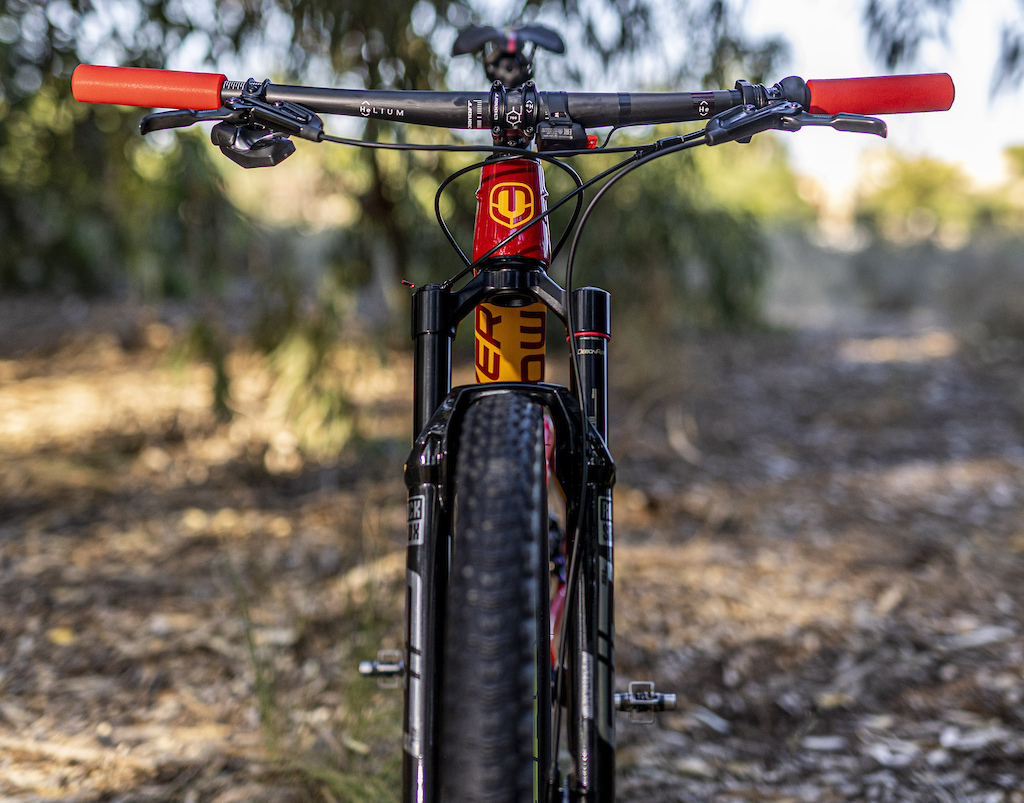 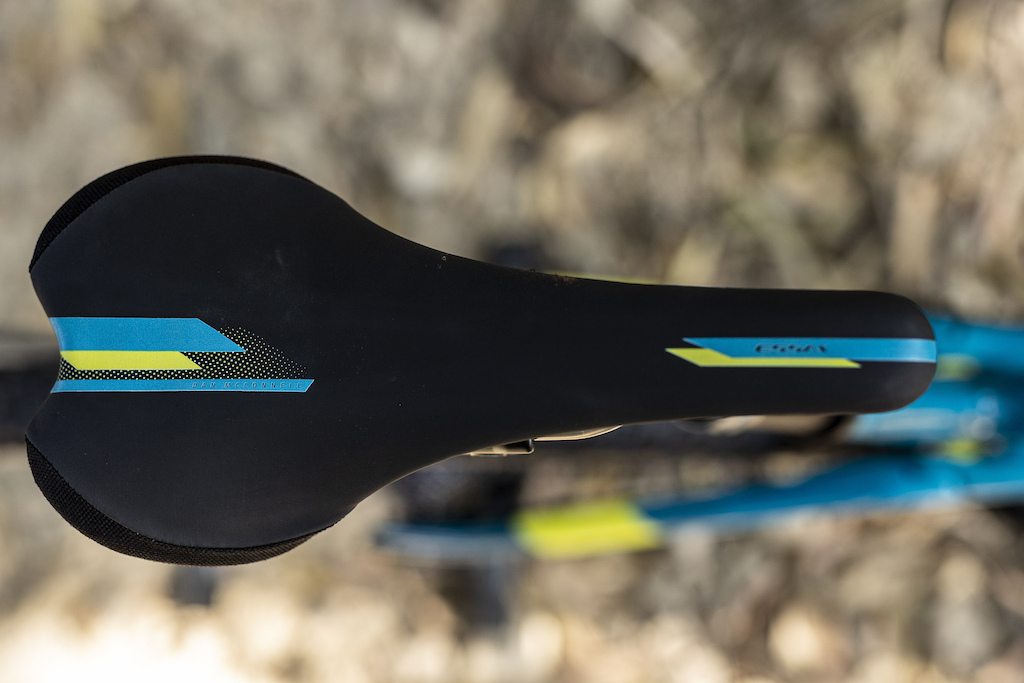 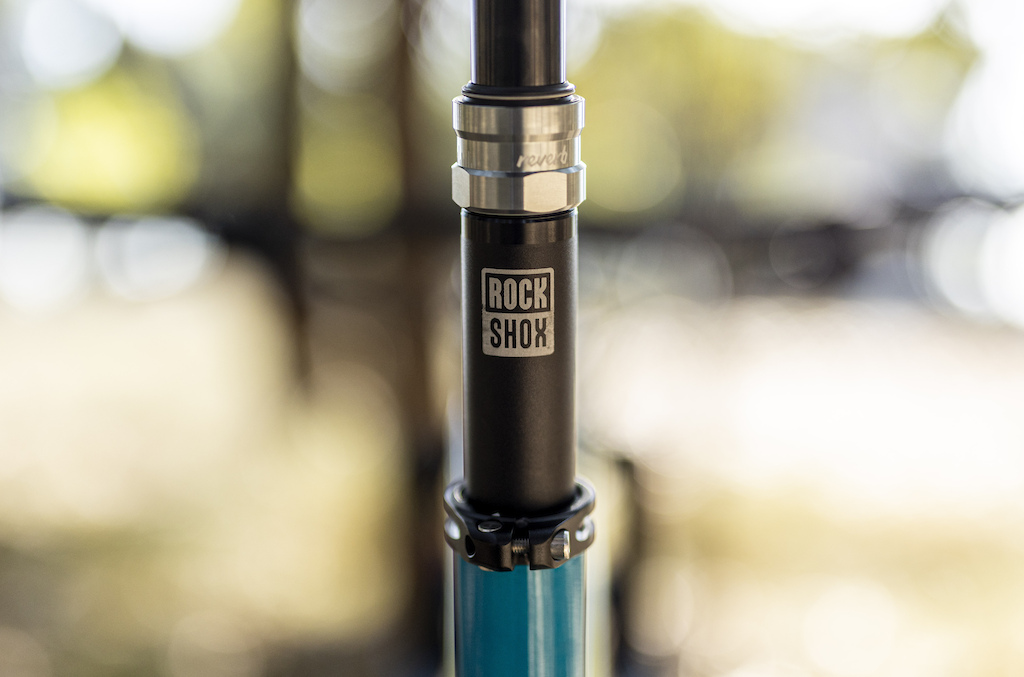 They'll all be sitting on customized saddles and Reverb AXS dropper posts. 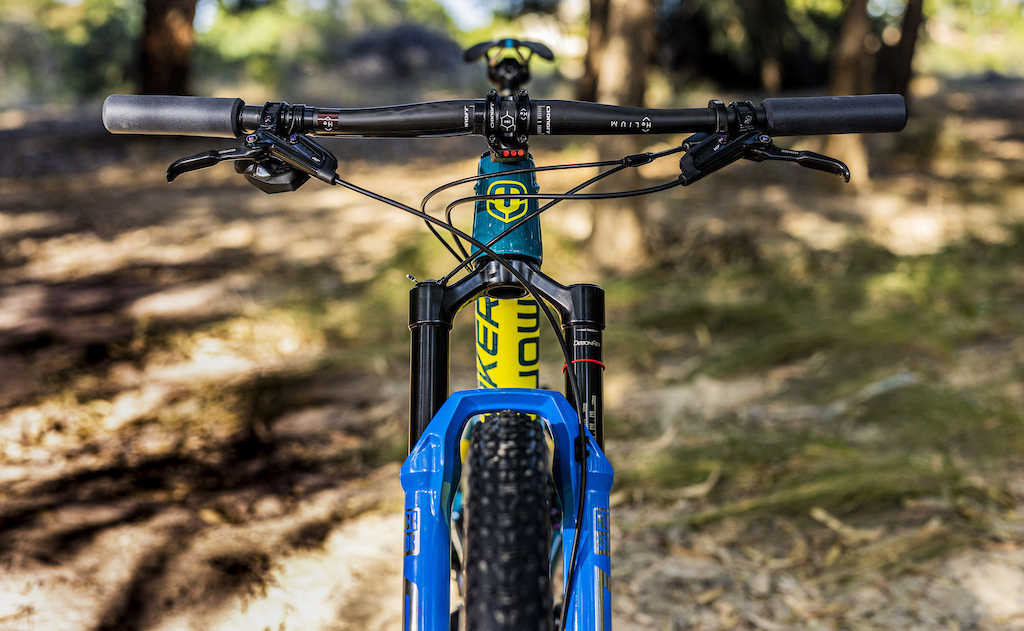 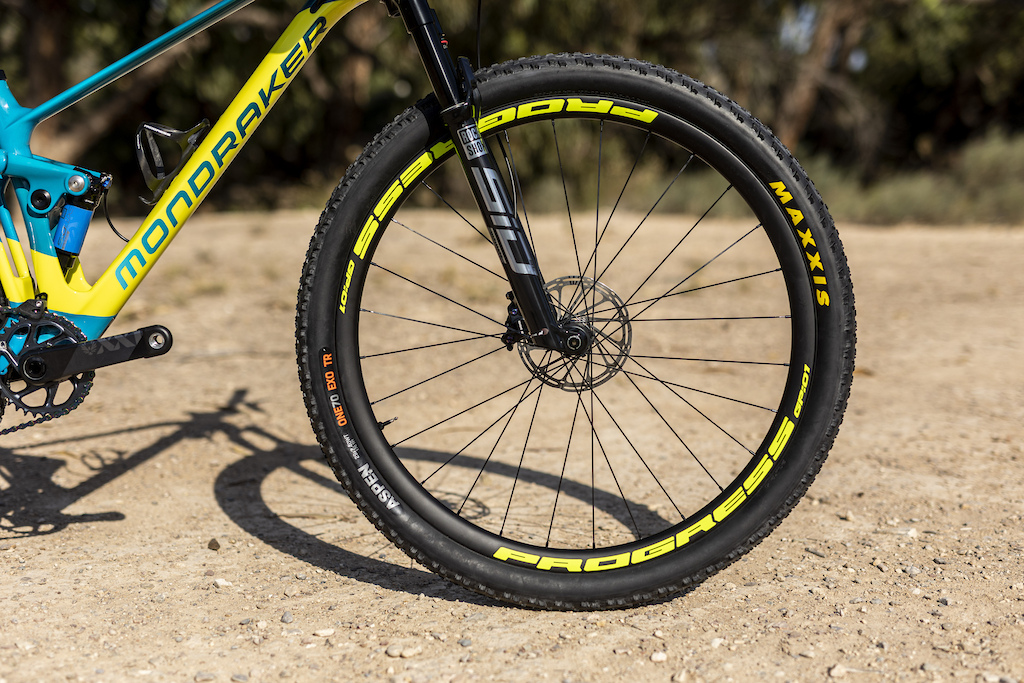 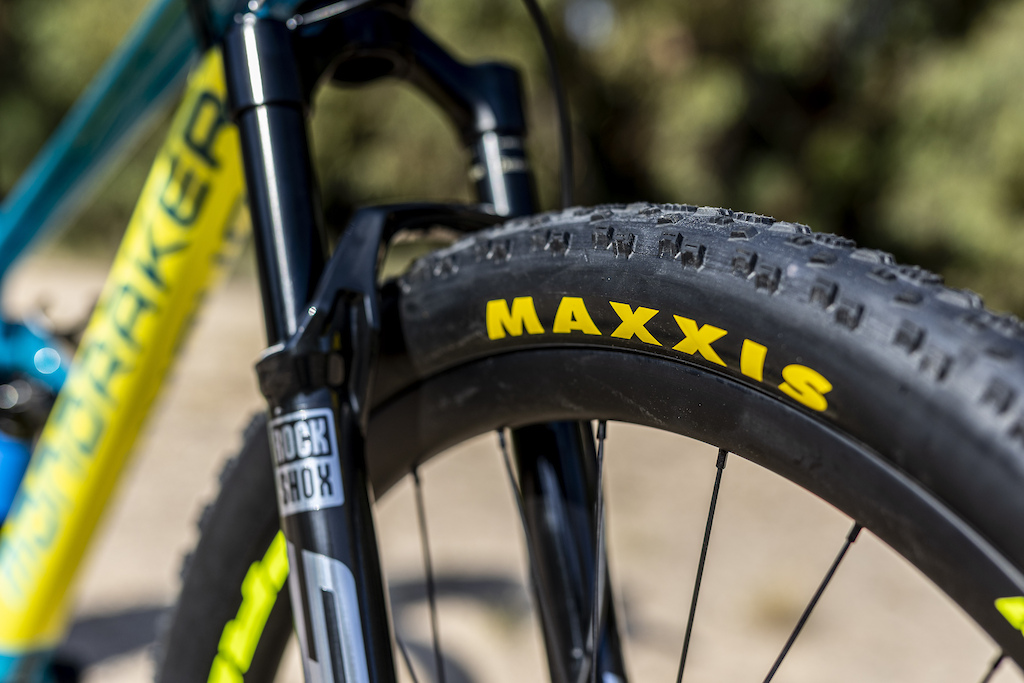 Maxxis Aspens front and rear are the go-to choice. 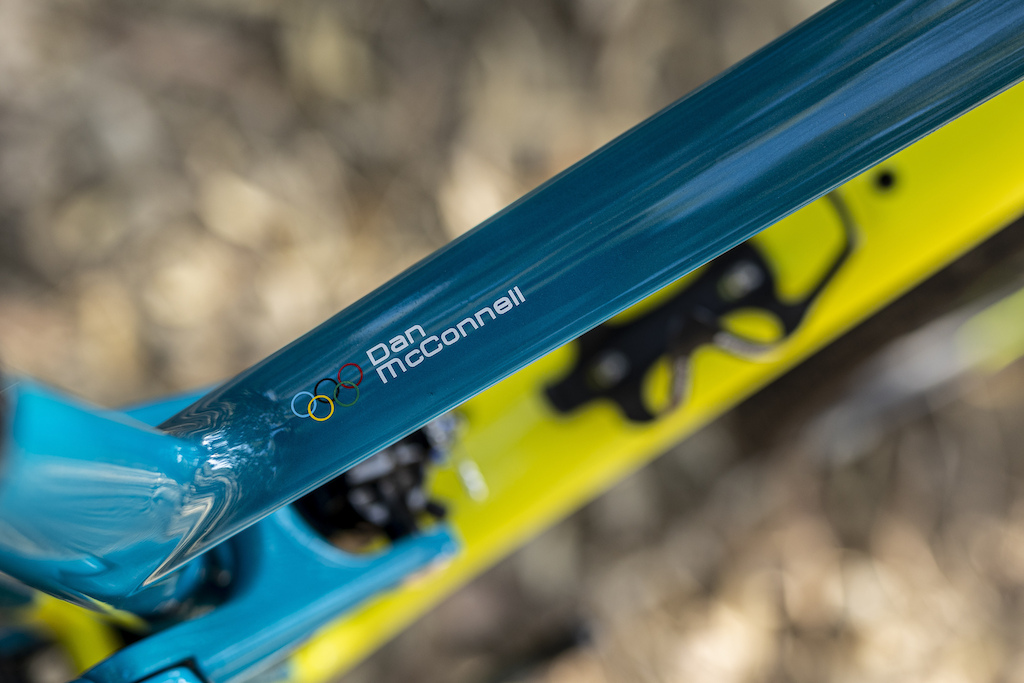 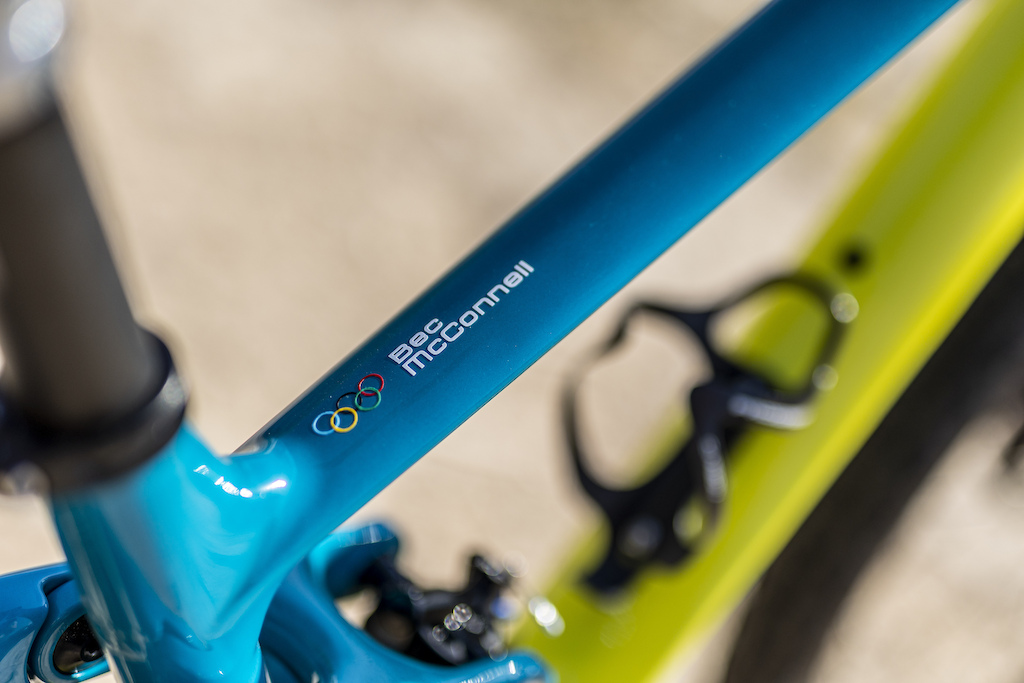 Personal touches for the Olympians. 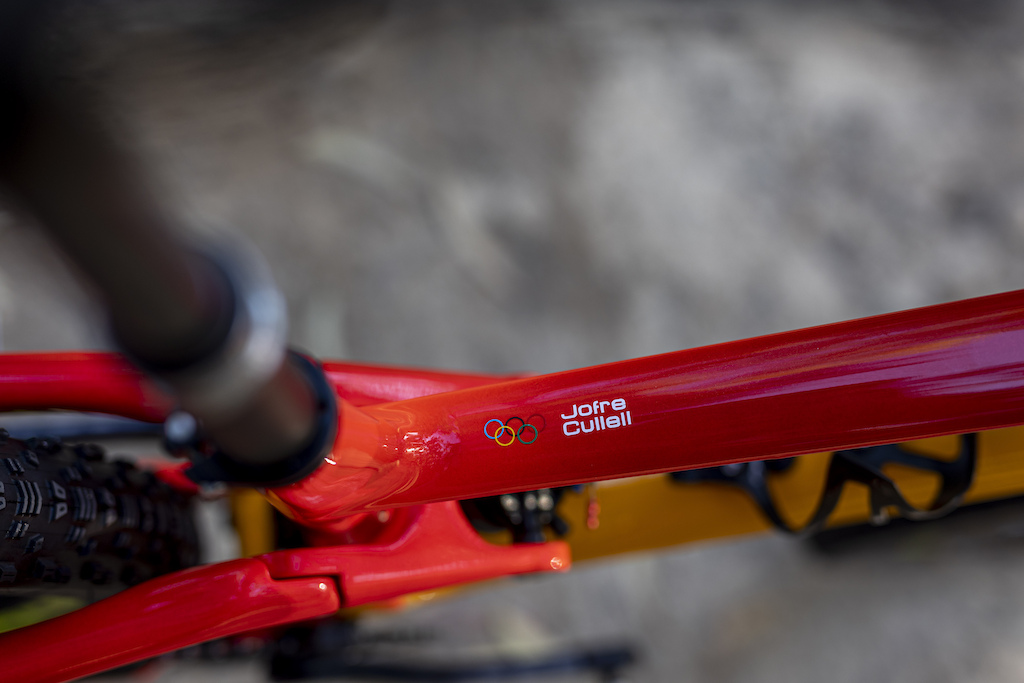 PHeller (Jul 22, 2021 at 14:04)
Interesting that they show them with logos, as I thought all logos had to be hidden in the actual events. Kate Courtney posted some pics of her de-branded Scott Spark and it's fly.

There are however, restrictions on branding logos of things not attached to the bike. It appears tire logos, frame brand, components etc can get logos, but not helmets, jerseys, etc.

"Rule 40 of the Olympic Charter establishes a "Blackout Period" for all athletes participating in the Olympic Games, which runs from 9 days before the opening to 3 days after the closing ceremony. This Blackout Period could be defined as an information silence and has been a source of tension since 2016.

This period means that no unauthorised advertising branding can be associated with the Olympics, and of course athletes will not be allowed to display such unauthorised branding during this period. Failure to comply with the rule can result in various consequences for the athlete, the most serious of which is disqualification.

This rule generated slight controversy in 2012, with the incipient rise of social media, which intensified in 2016 and we will see what happens in 2021. It seems that the IOC's inability to monitor individual athletes' posts will relax the rule's application somewhat, and we sense that it will only be applied in the most flagrant cases." - From www.brujulabike.com/blackout-period-rule-40-olympic-charter

Glenngineer (Jul 22, 2021 at 12:50)
@JustAnotherRiderHere: Depends on your definition of typical - off the rack 20" your neighbor's kids are on, definitely, but a typical, decent race bike... those get pretty damn light these days.

pmoakley (Jul 22, 2021 at 12:54)
Interestingly enough the reigning world champ is going to be sporting a geared set up at this olympics

MattP76 (Jul 22, 2021 at 11:28)
Great to see the stems nice an erect. Instead of looking like Gonzos nose. However, does the one rider know the bars have been fitted upside down? A slight oversight that's easily forgiven.

AndrewFleming (Jul 22, 2021 at 11:31)
I’d be pretty certain they know what they are doing with a few days before the Olympics. Probably just wanted that touch of drop to the bars by mounting upside down.

cowsincars (Jul 22, 2021 at 11:43)
Bec McConnell has run her bars like that for some time. I will repeat my grumpy reply from other "they've done it all wrong" comments on athlete's bikes, usually xc; They are world class/Olympic athletes, with world class mechanic's. If they are running something "wrong" it's because it works for them not because they are stupid!