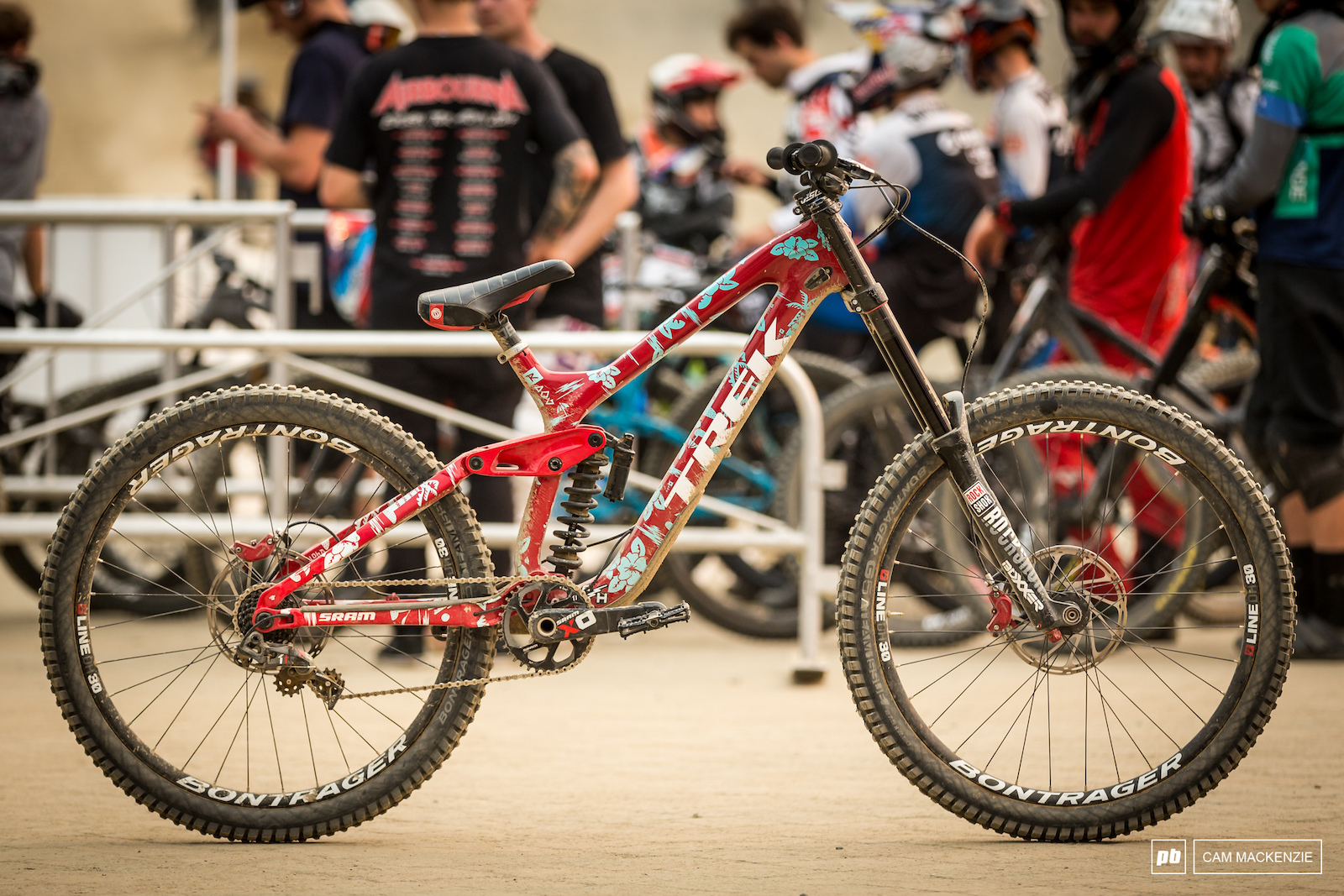 Ryan "R-Dog" Howard shows of his latest Trek Session with a Hawaiian paint scheme for PB photographer Cameron Mackenzie. R-Dog says the summer themed bike is called "Permanent Vacation." Technically, his medium-sized Session uses a shorter "Park" swingarm, which he says is better for tricks. Its RockShox Boxxer fork is air sprung: "Just for the settings, if I'm running jump stuff, I'll just pump it up - make it stiff. For the bike park, I'll soften it up. I run a coil spring in the rear. It's just a little more active. The air packs up a little bit when you're riding bike park. They're fine for jumping, but I like the spring for riding." Howard runs the shock "soft," in his opinion, with a 450-pound spring and no special damping tune other than stock. 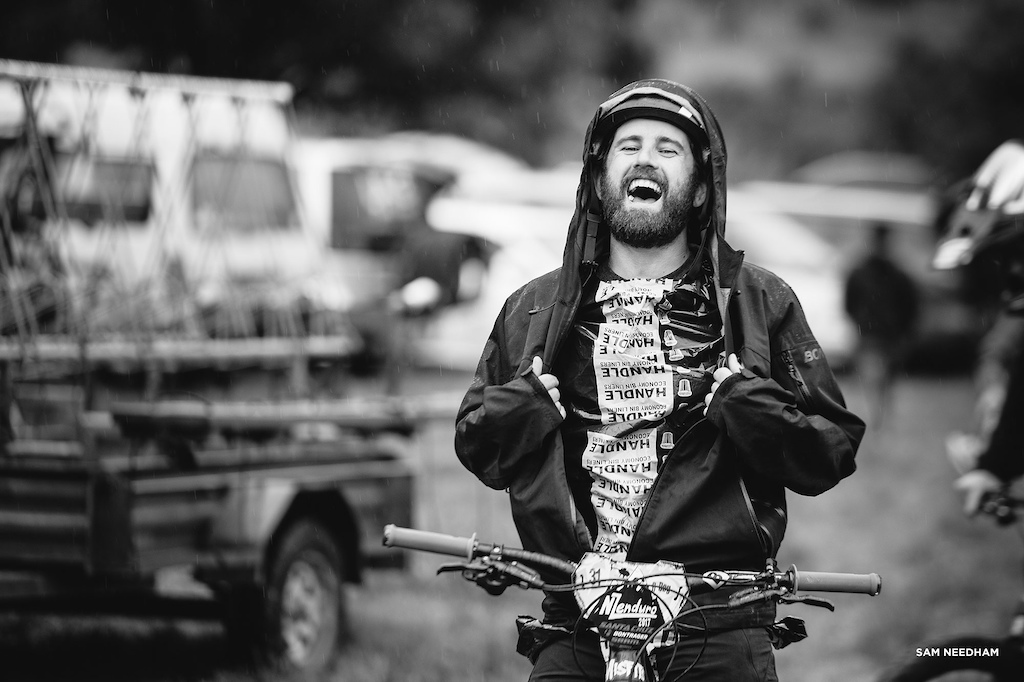 R-Dog insists he's a fair weather rider...
His component choices range from "the stem that came on the bike" to his Kyle Strait handlebar - "Gotta rep' the homies." R-Dog says his dirt-jump background inspired his preference for the Deity Pivotal saddle. Tire choice? He runs Bontrager G5 team issue tires year 'round and when asked what tire he uses for mud.... "I'm a fair weather guy. I don't ride in the mud." 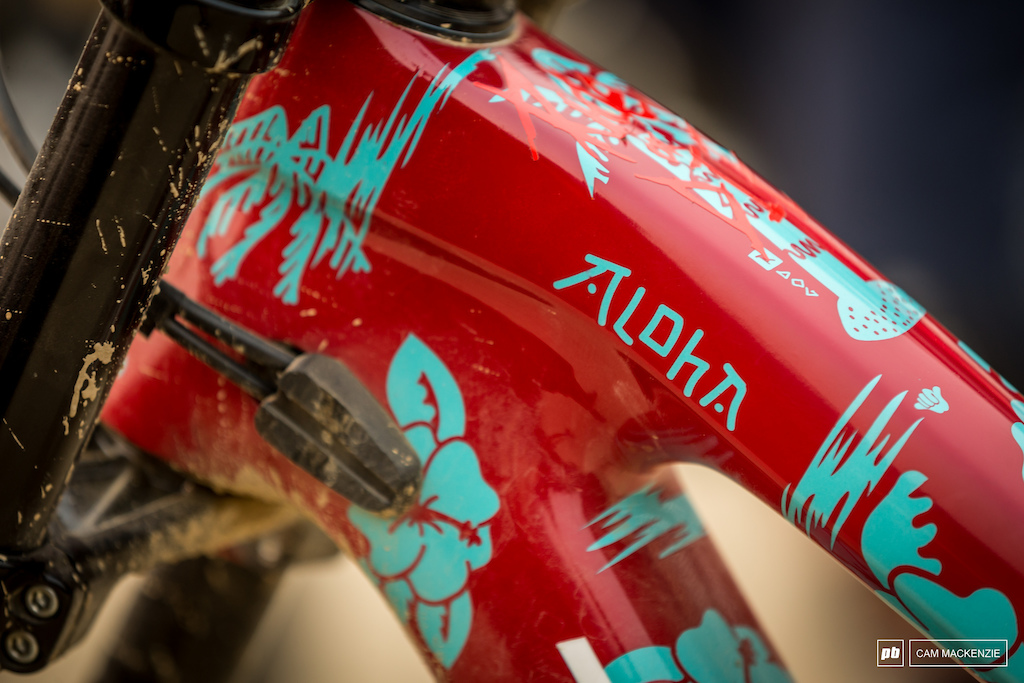 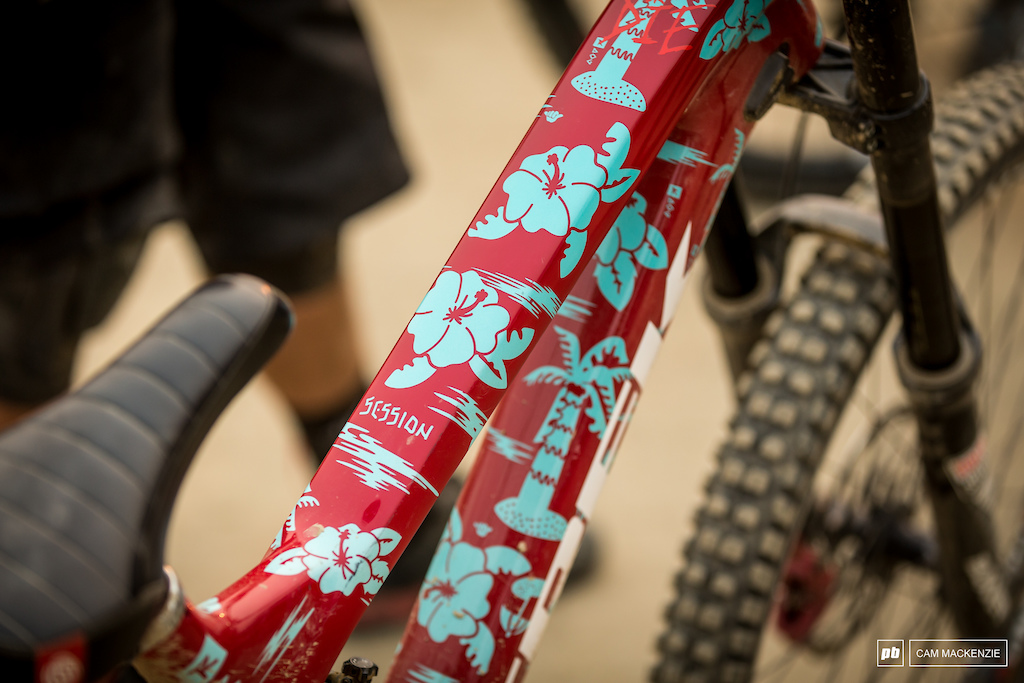 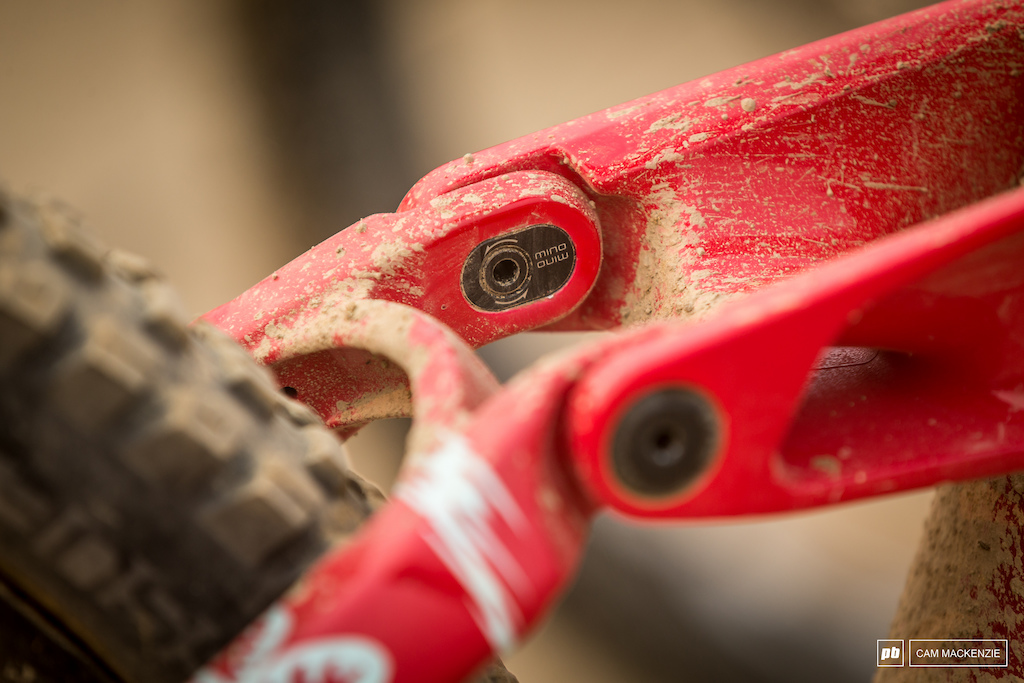 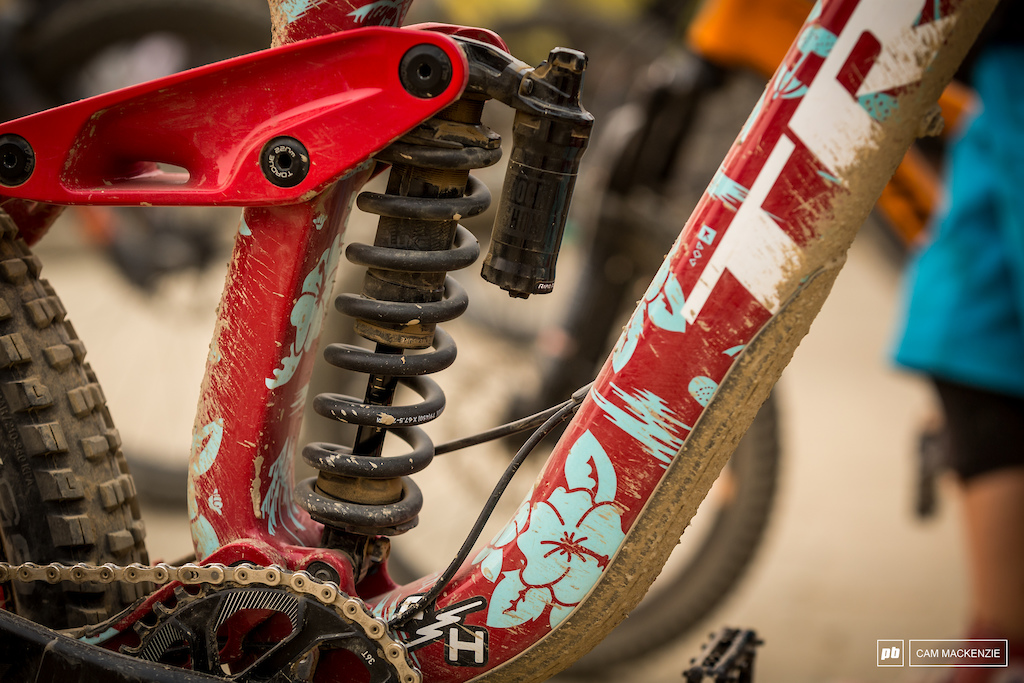 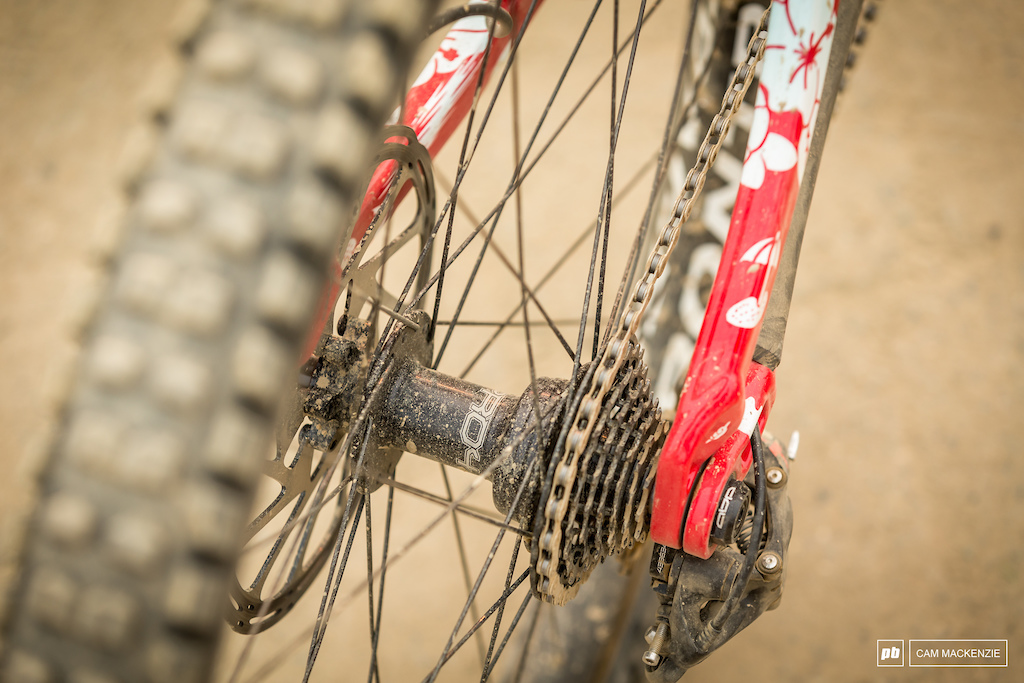 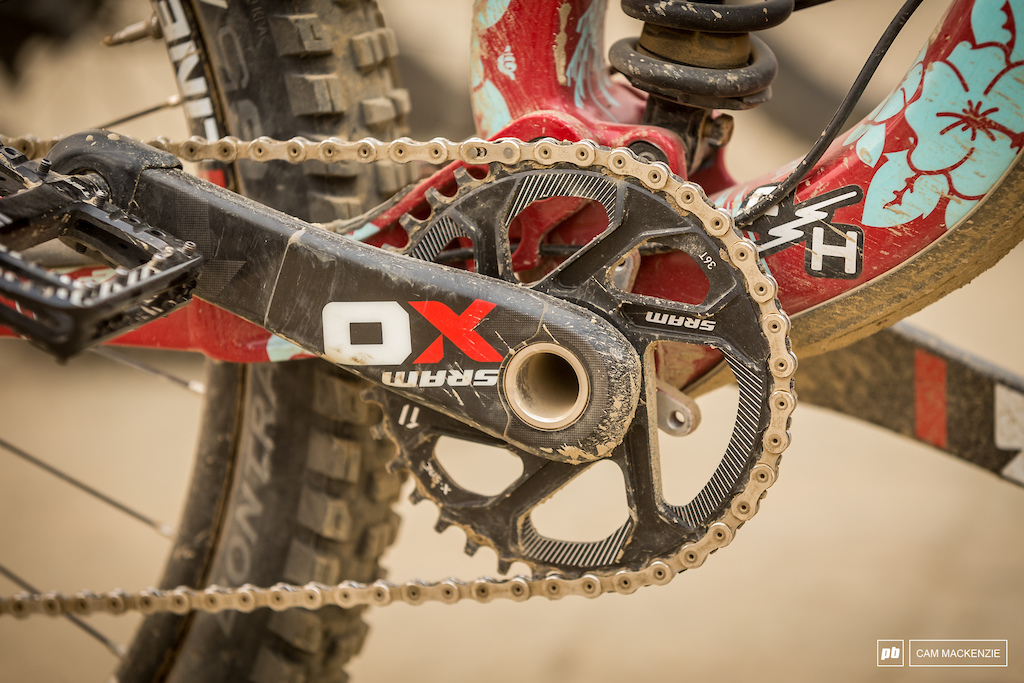 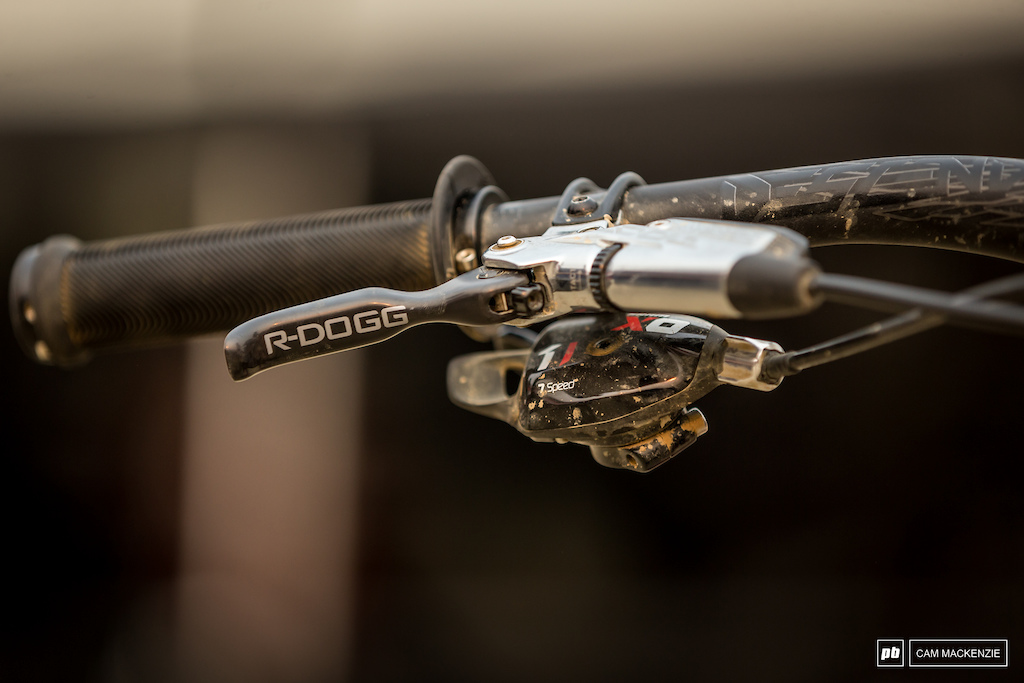 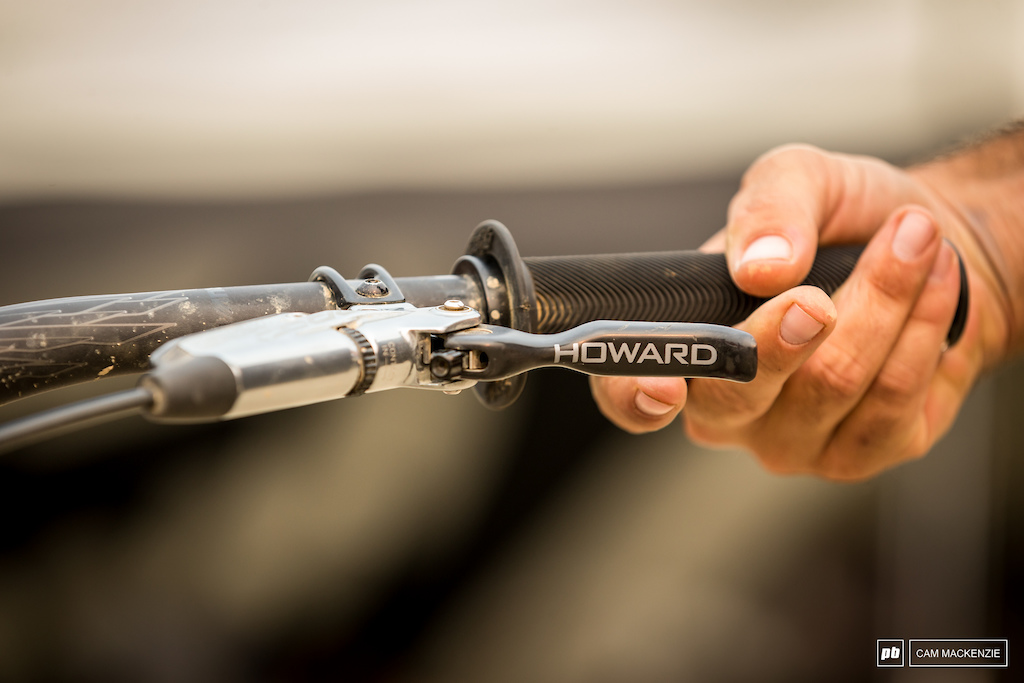 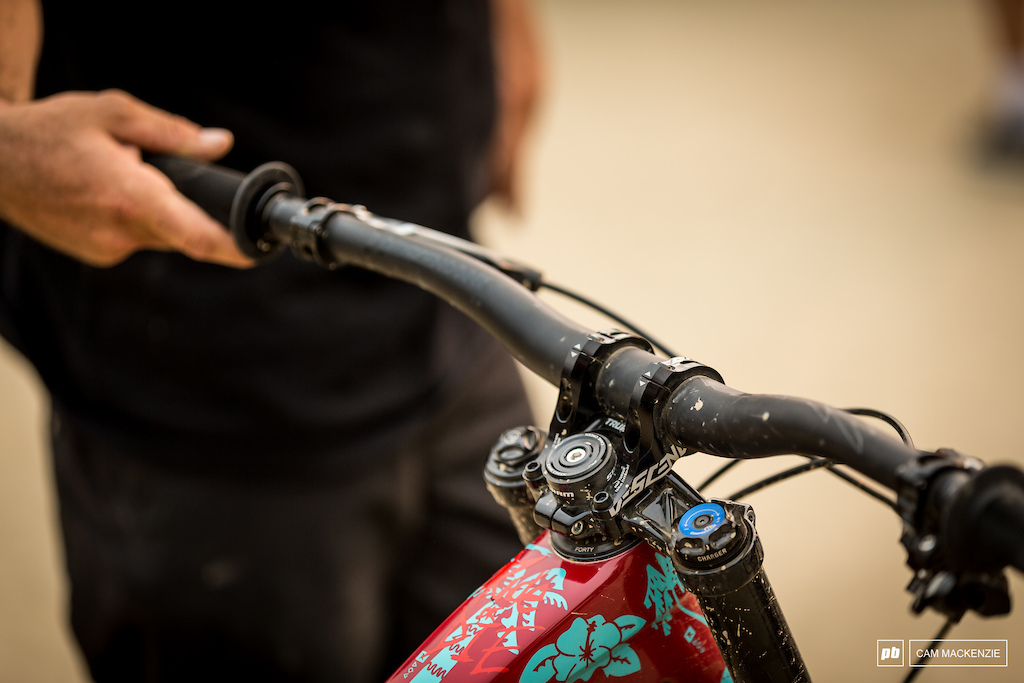 Truvativ, "Not sure how long it is," Descendant stem and Kyle Strait signature bar cut to 760mm. 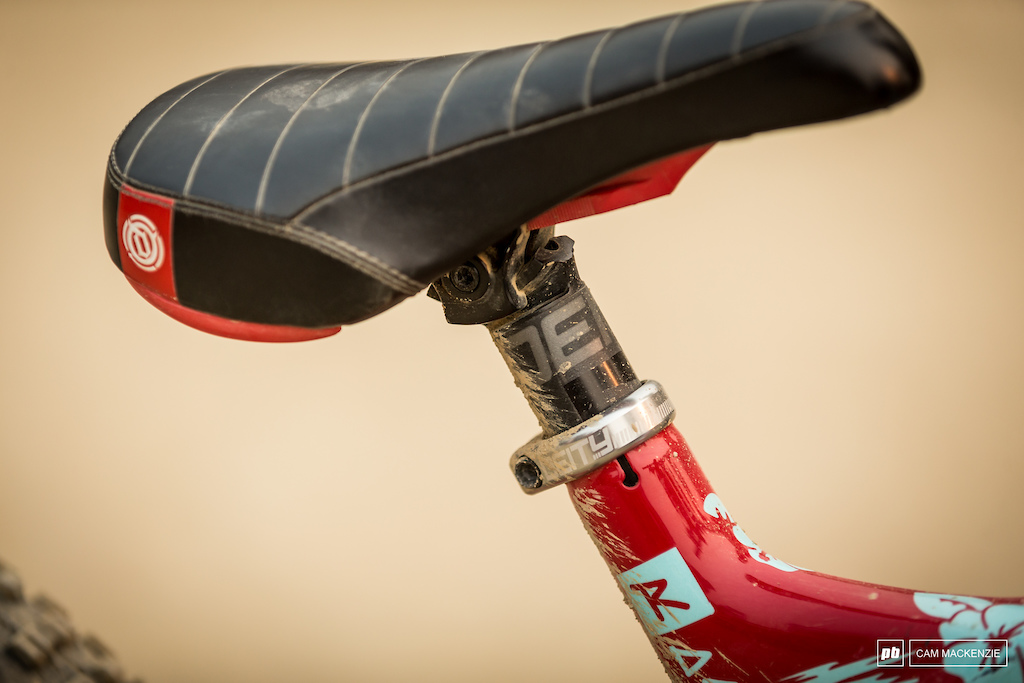 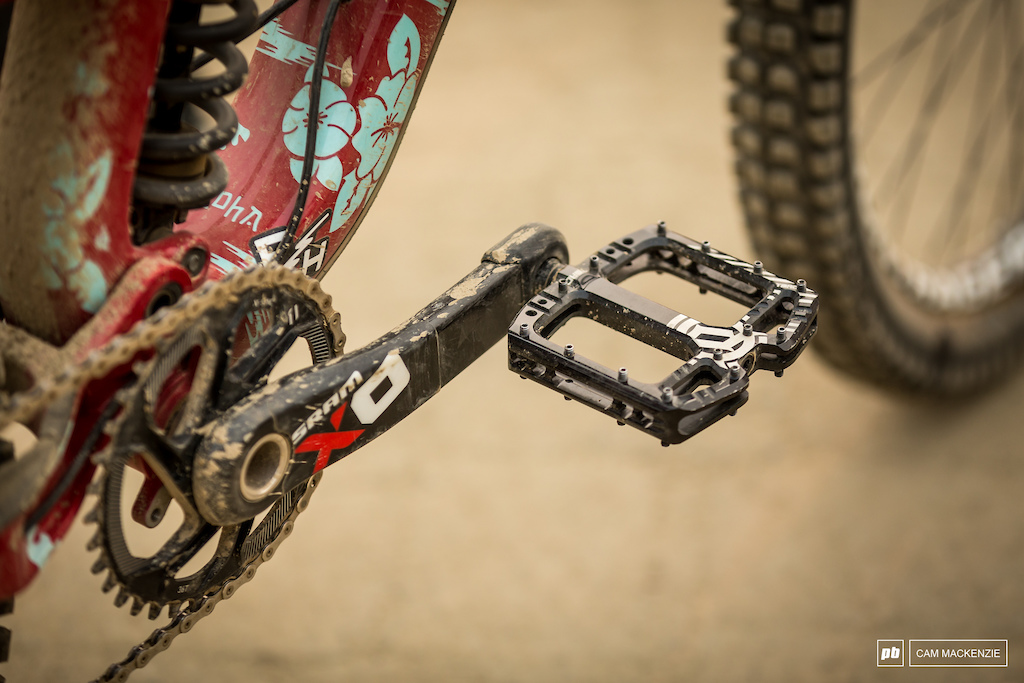 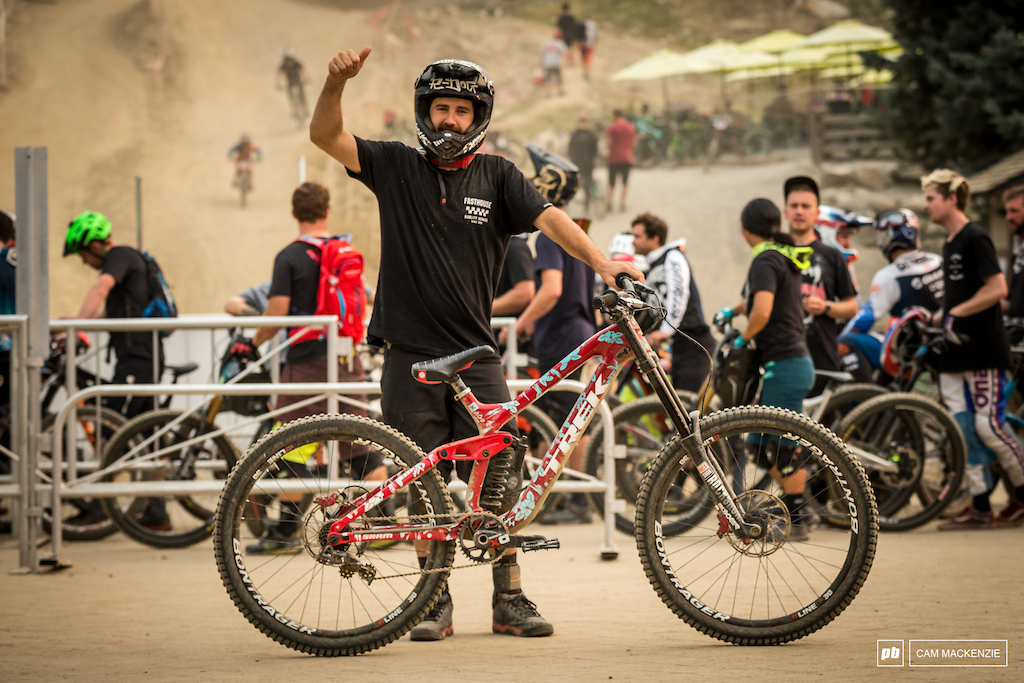 You get the idea that R-Dog is just as stoked to ride today as he was before he turned pro.

WAKIdesigns (Aug 14, 2018 at 23:12)
@chyu: somewhere in Squamish at OneUp components headquarters someone is looking at an older frame equipped with front mech direct mount, and the dude be like: hmmmmmmmmm...

WAKIdesigns (Aug 17, 2018 at 8:09)
@dthomp325: you know those people who used to laugh at tripple chainsets and today they run Eagle and find it perfectly reasonable?

jmc361 (Aug 14, 2018 at 20:19)
@eastsideride @lindblomxc Last year, Trek launched a program called "Project One Ultimate," for requests such as yours. You can get anything on everything they make.

erg6k (Aug 14, 2018 at 21:20)
Love this bike check. Fork pressure? Whatever, hard or soft. Damper adjustments/tune? Whatever it came with. Dude don't give a s***t, but slays it all day. As bike racing's most successful doper said, it's not about the bike. Kick ass R-dog!

sjflow (Aug 14, 2018 at 16:37)
I kinda want a bike with dinosaurs and pizza on it like the t-shirt Big Boy made Scott Cranmer wear yesterday.

feldybikes (Aug 14, 2018 at 18:42)
Permanent vacation? R Dog’s definitely got the Magic Touch. But he better be careful lest he Rag Doll Down the mountain. With that beard I definitely don’t think Dude Looks Like a Lady.

onemanarmy Plus (Aug 14, 2018 at 16:09)
Yes, they do. They'd sell less units and spend more money making each frame. Not everyone wants that stuff. Hell, most people don't. We love looking at it. Don't want it. And because unique bikes like this are a way for them to stoke out their riders. I'm sure Rheeder's will post soon...

iamamodel (Aug 14, 2018 at 23:12)
Goddamn I loved that show. Ferrari, choppers, dobermans. The theme song rocked during the guitar bits. Gonna listen to it now. Ta for the memory.