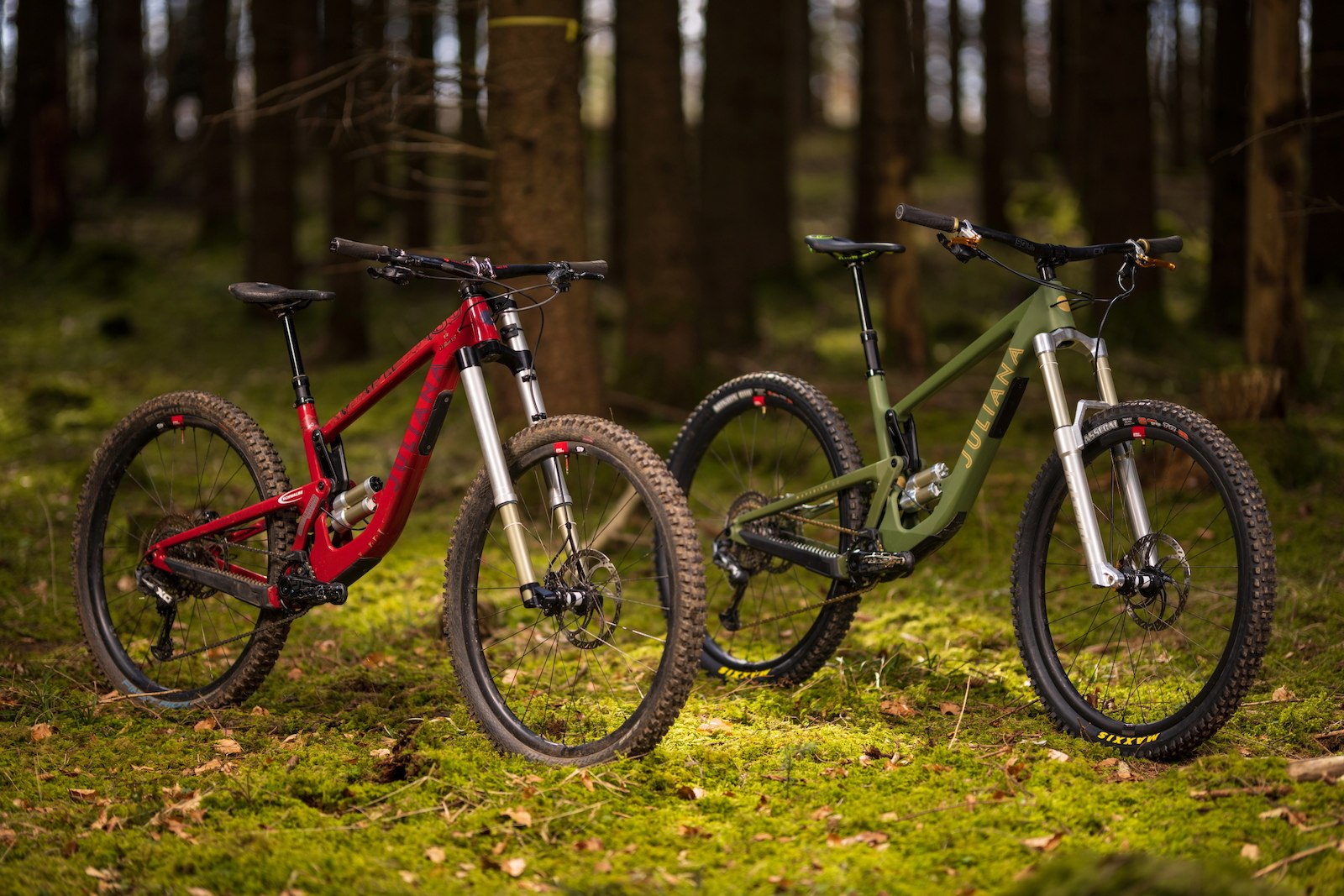 BIKE CHECK
The Free Agents'
Juliana Mavericks
Photography by Lars Scharl
German enduro racers Raphaela Richter and Tanja Naber have created a new EWS pro team, the Juliana Free Agents, for 2021. Up until now, the two have raced separately as privateers, but since both already represented Juliana as part of Juliana's existing Free Agents program, it made sense to team up and become official with the EWS.

Raphaela, age 23, exploded onto the enduro race scene while still in optometry school, earning a career-best 2nd place in Les Orres and a 3rd in Zermatt in 2019 alongside her several German national titles. She can throw down on a downhill course, too, as she was the highest-placed German at the 2020 Leogang World Champs with a 6th place in the Elite Women's field.

Tanja, age 33, will handle most of the administrative work for the team, but she's also a strong racer, with several top-20 EWS results and a respectable Trans Provence campaign in 2019. Tanja and Raphaela said they have had a great dynamic together from the start, and their goal is to create a positive team atmosphere with Raphaela's brothers as mechanics and support crew. The pair will travel in camper vans, which they say reflects their racing approach and team name.

While the two share Juliana, Intend, and SQlab as sponsors, they also each have individual supporters. Raphaela represents Levelnine, Schwalbe, and Dahlmeyr, while Tanja rides for iXS, Trickstuff, Maxxis, Tunap, and trailguide.net. 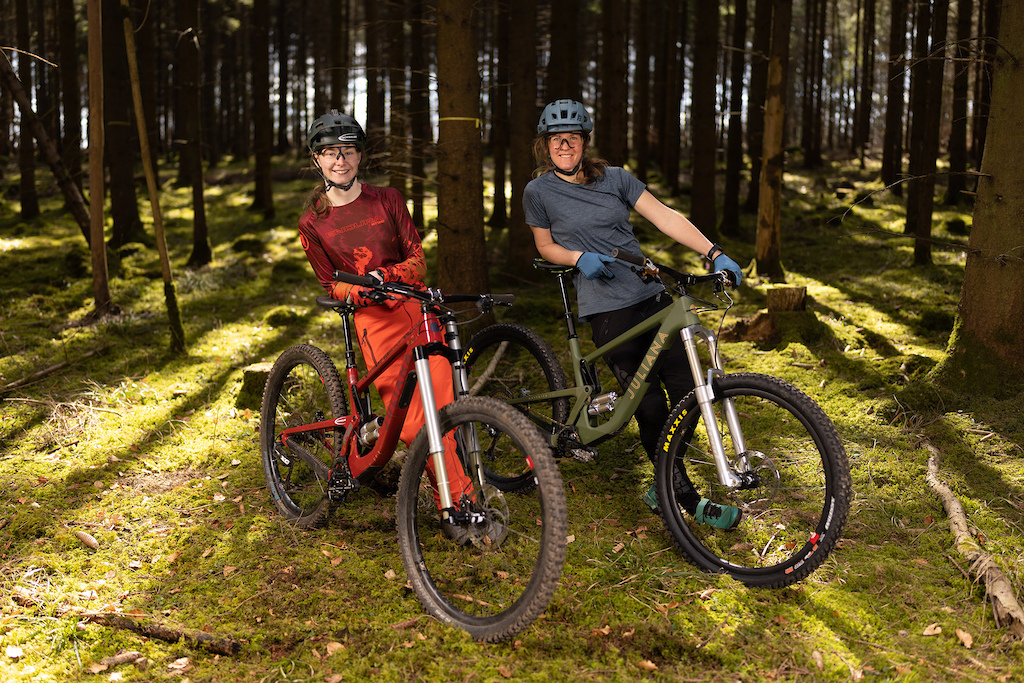 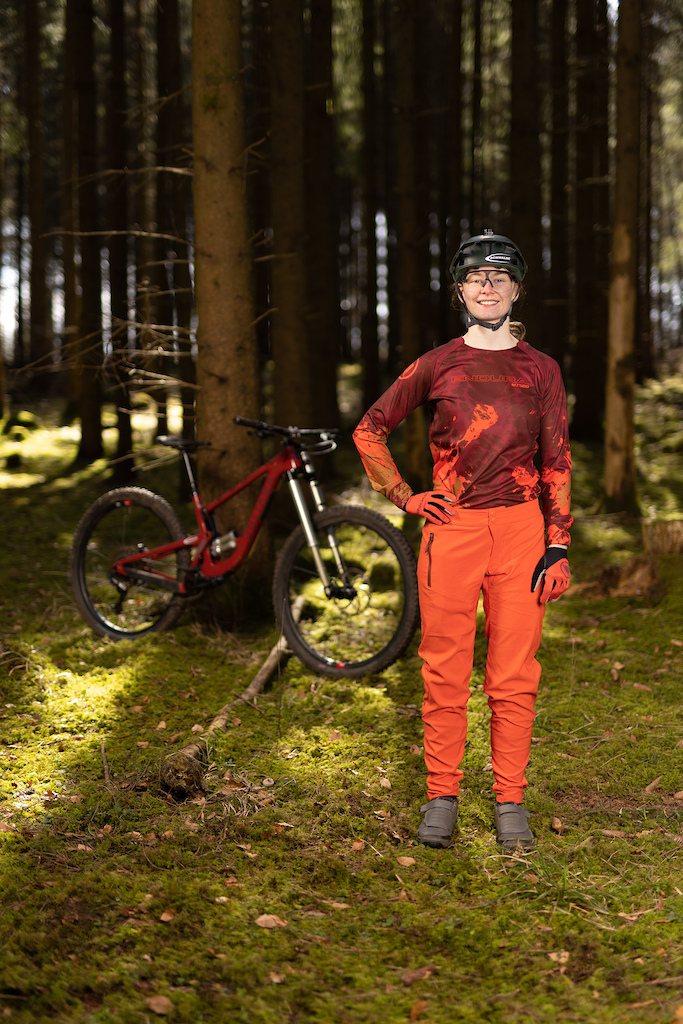 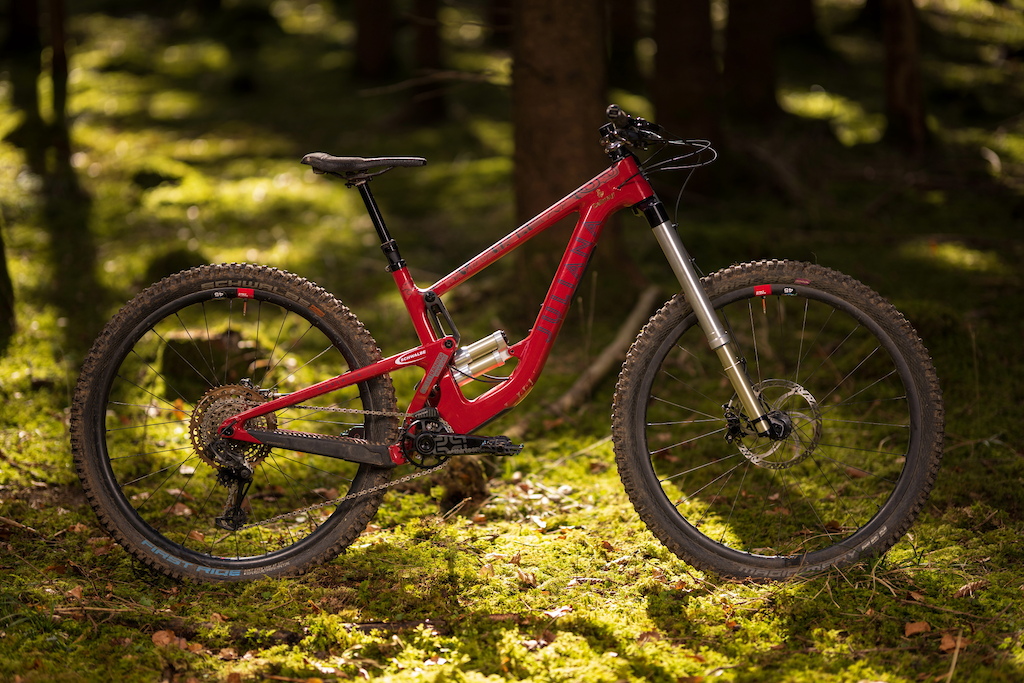 Raphaela's Juliana Maverick uses a Megatower frame, unlike the standard Maverick model, which is more or less a Hightower. Raphaela needed more travel than what comes stock on any of the existing Juliana models, so she gets a special one. 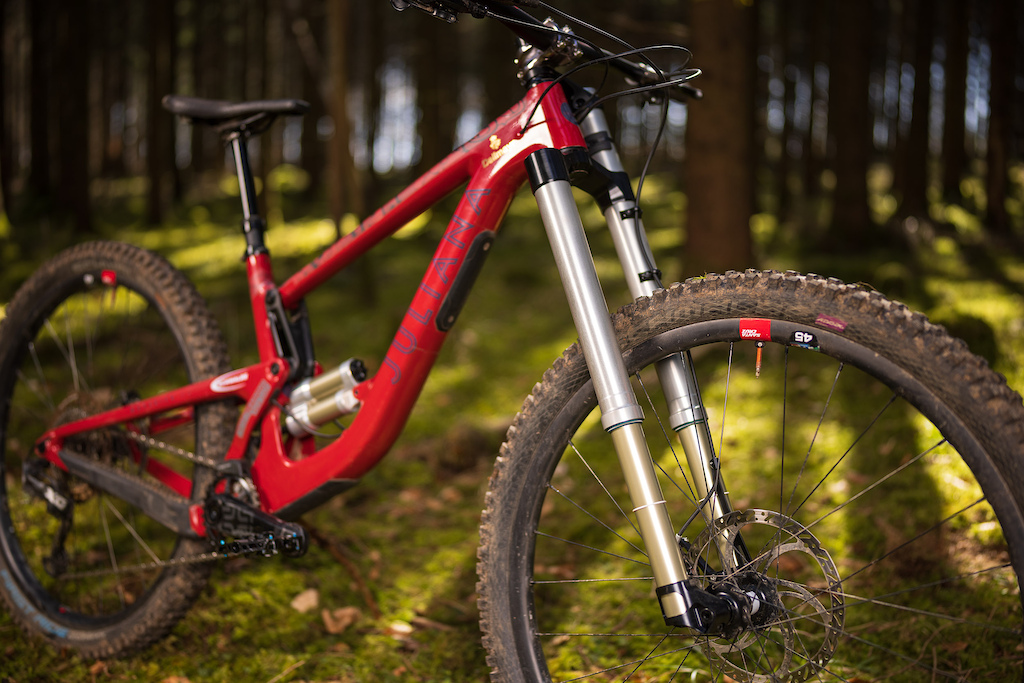 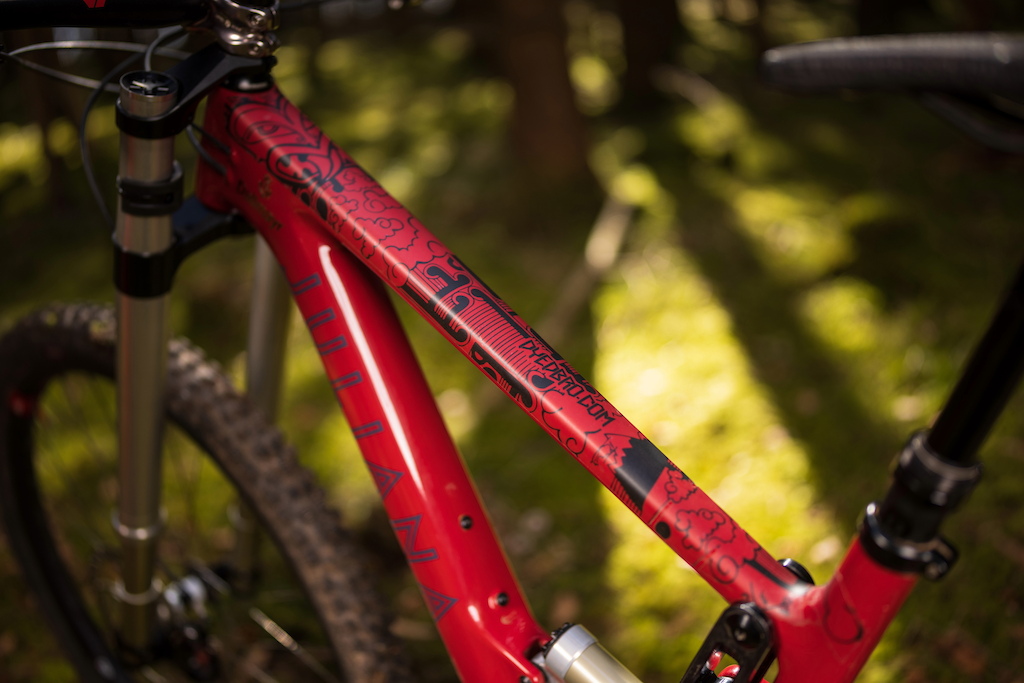 The bike is complete with stylish frame protection. 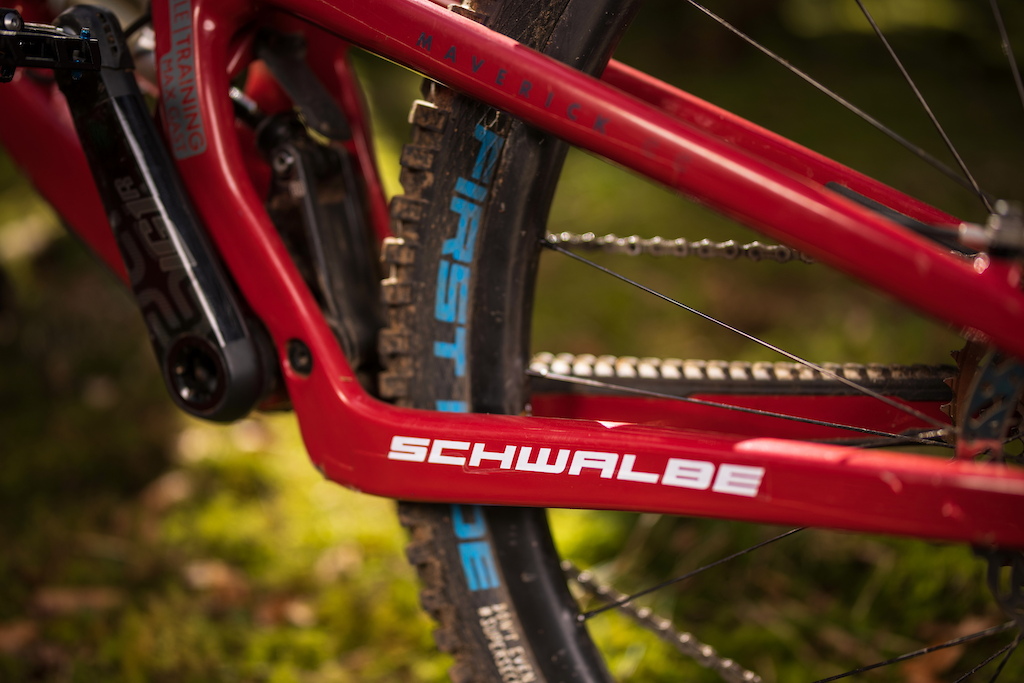 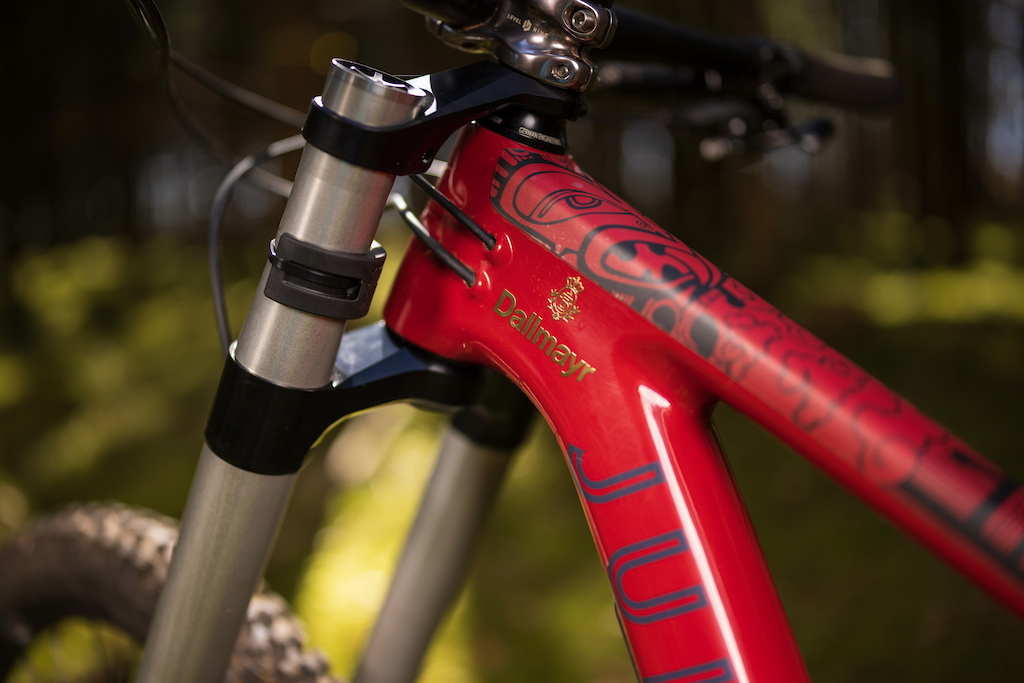 It was important for Raphaela and Tanja to maintain their own individual relationships with sponsors. For example, Raphaela rides for Schwalbe while Tanja is on Maxxis tires. 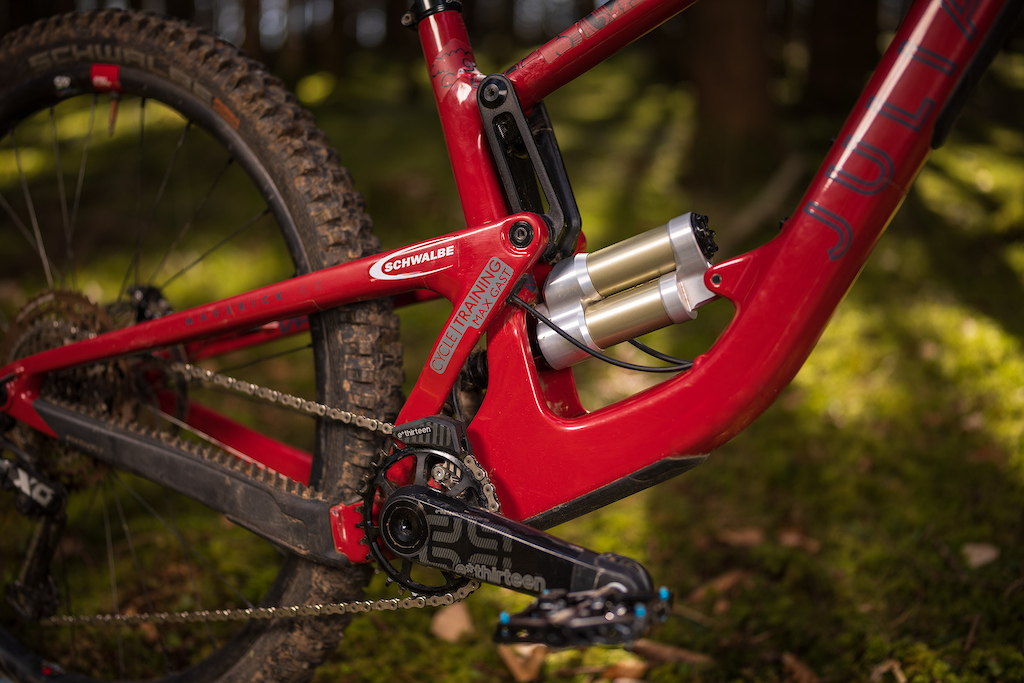 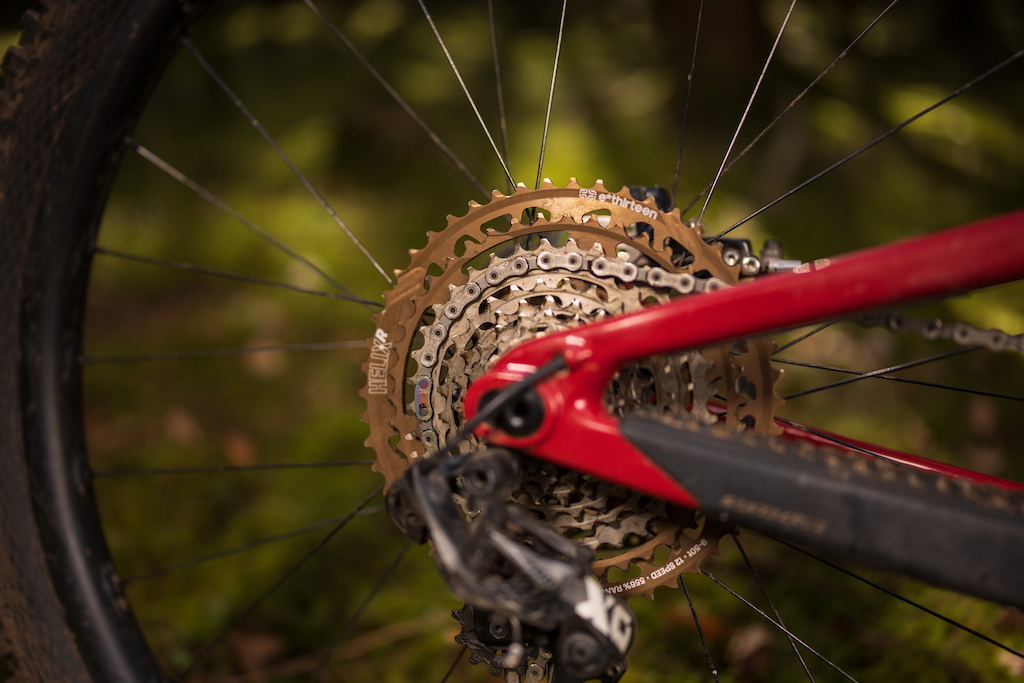 Their drivetrains are a mix of SRAM and e*Thirteen. 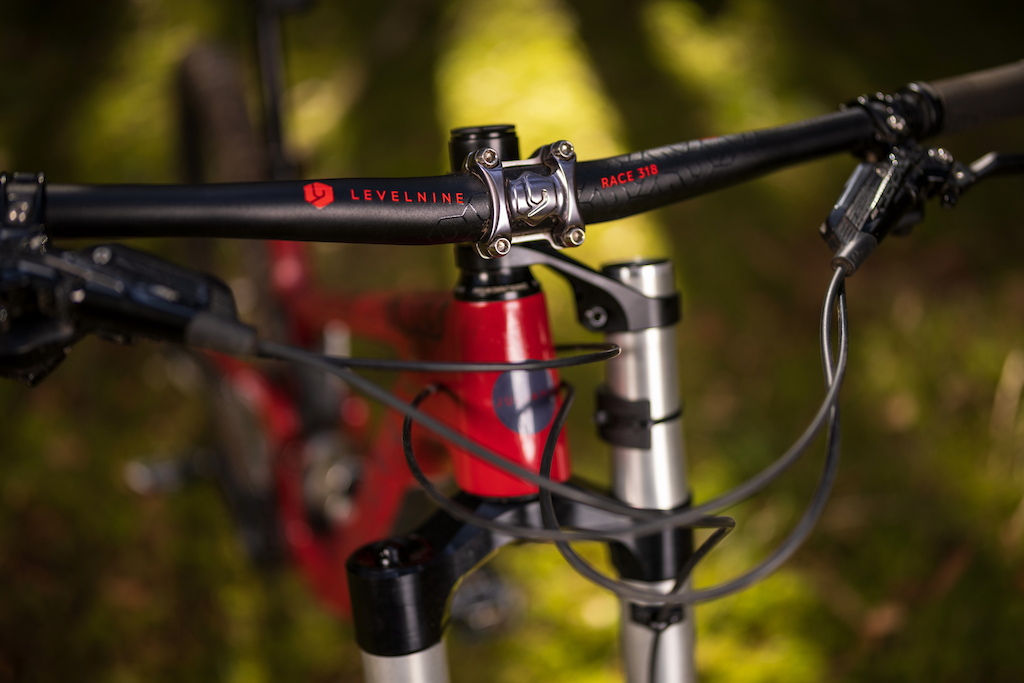 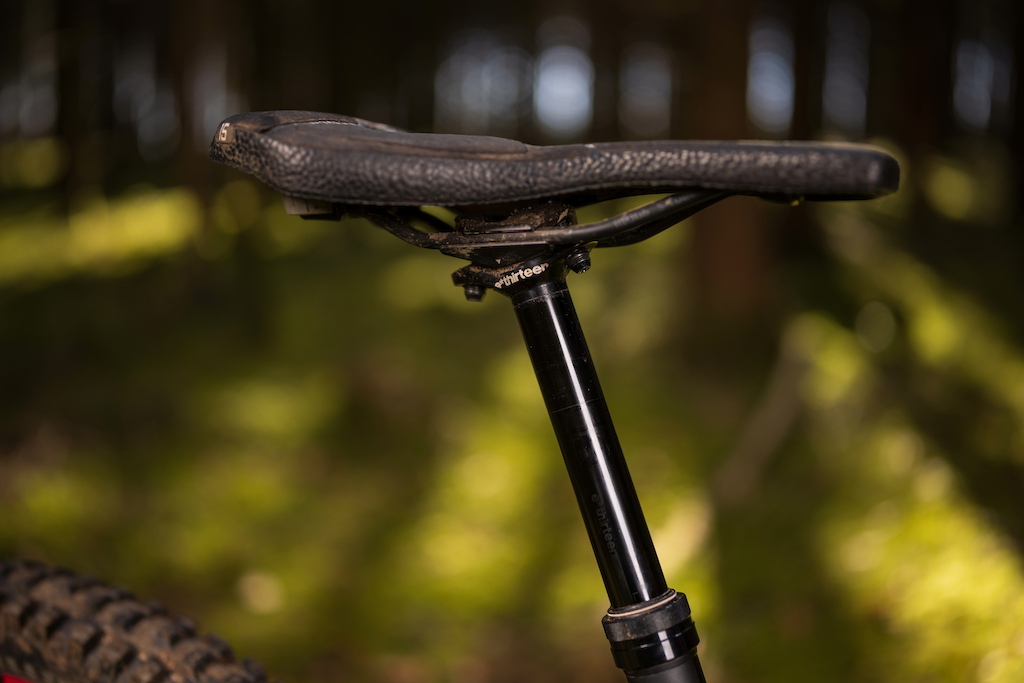 Intend Suspension and SQ Lab: Some finer things in life. 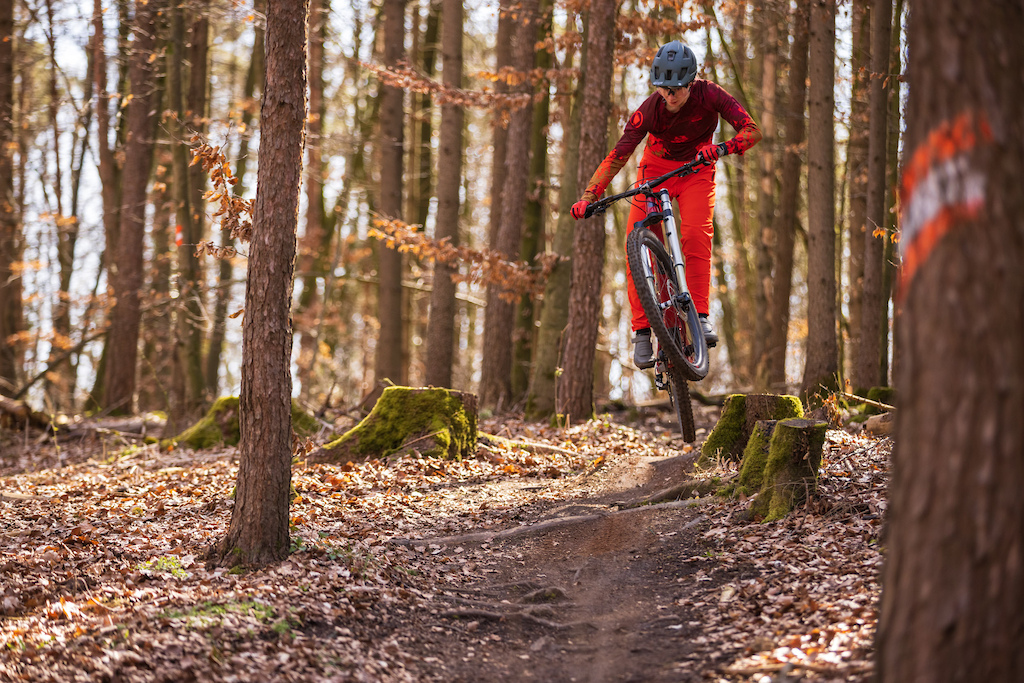 I'd bet money that we'll see Raphaela on an EWS podium this year. 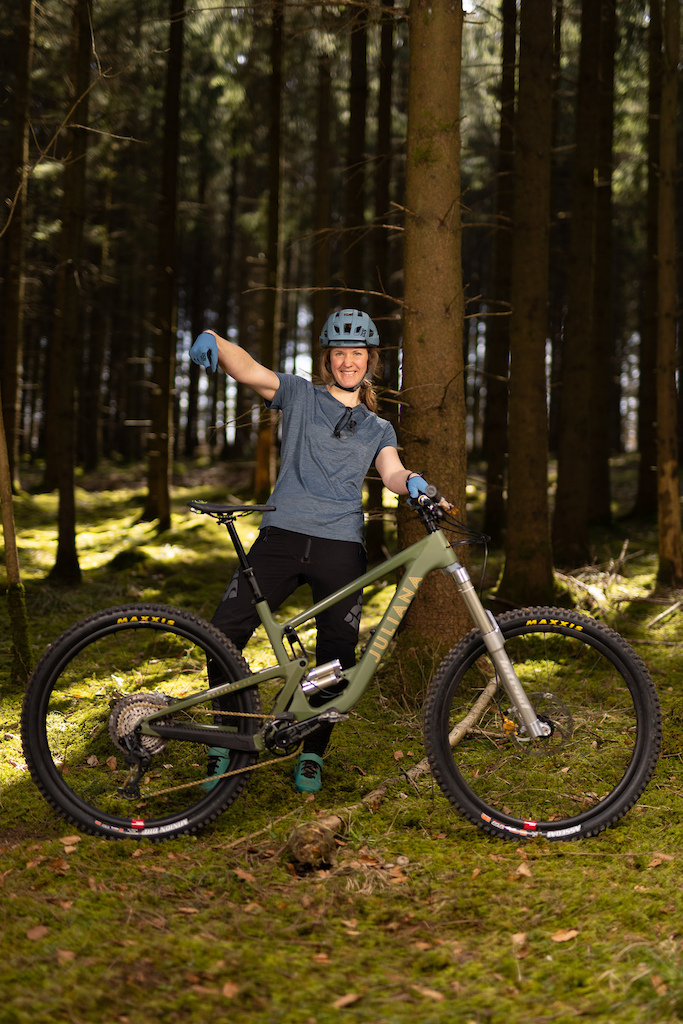 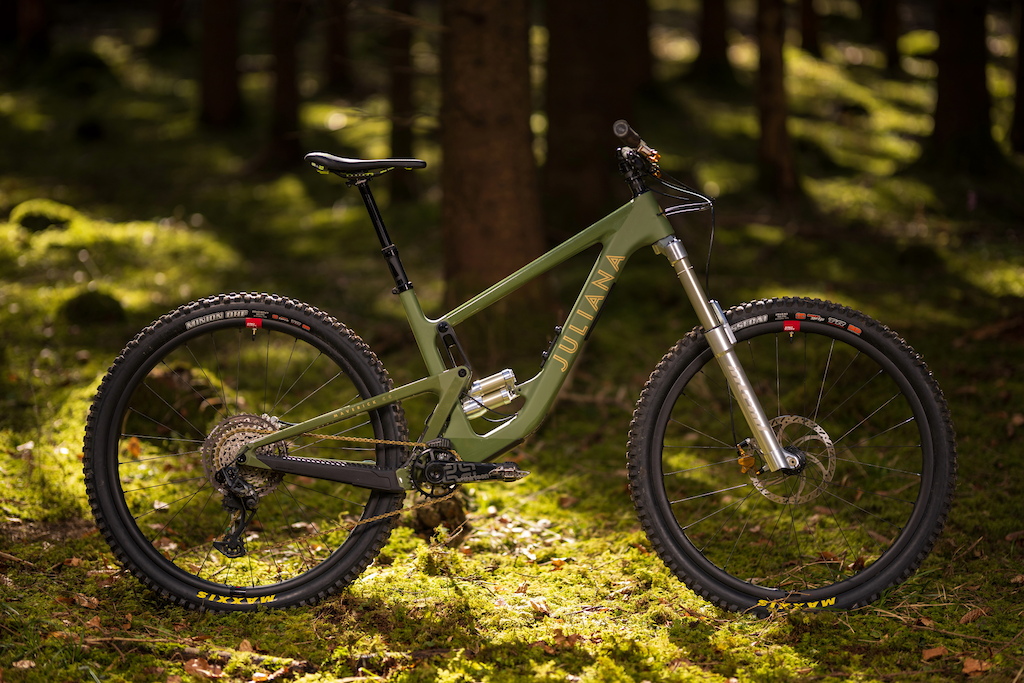 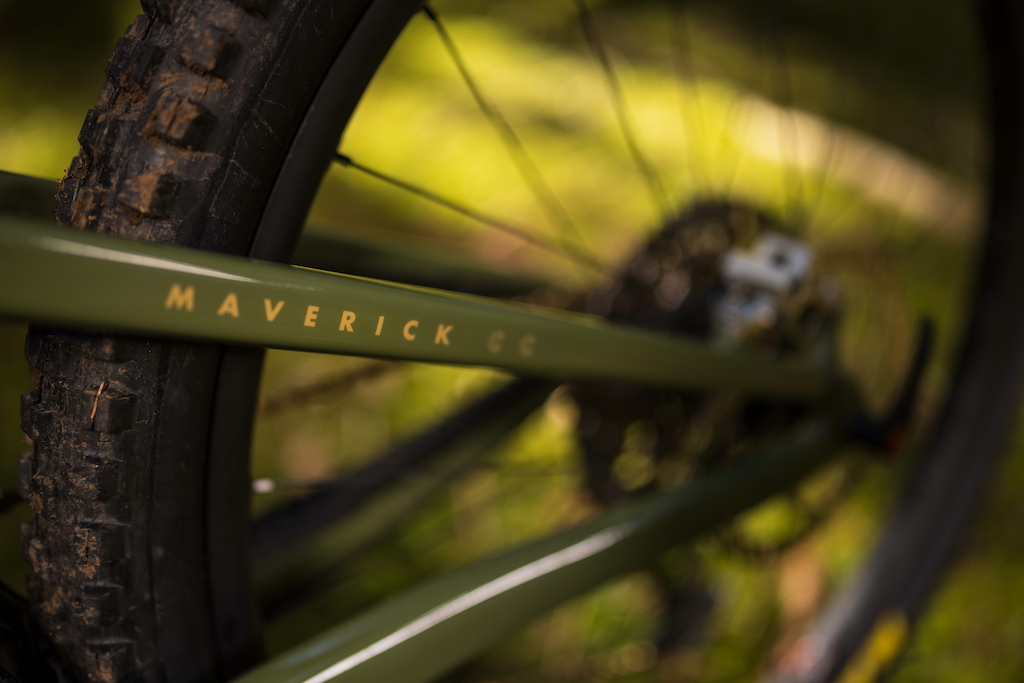 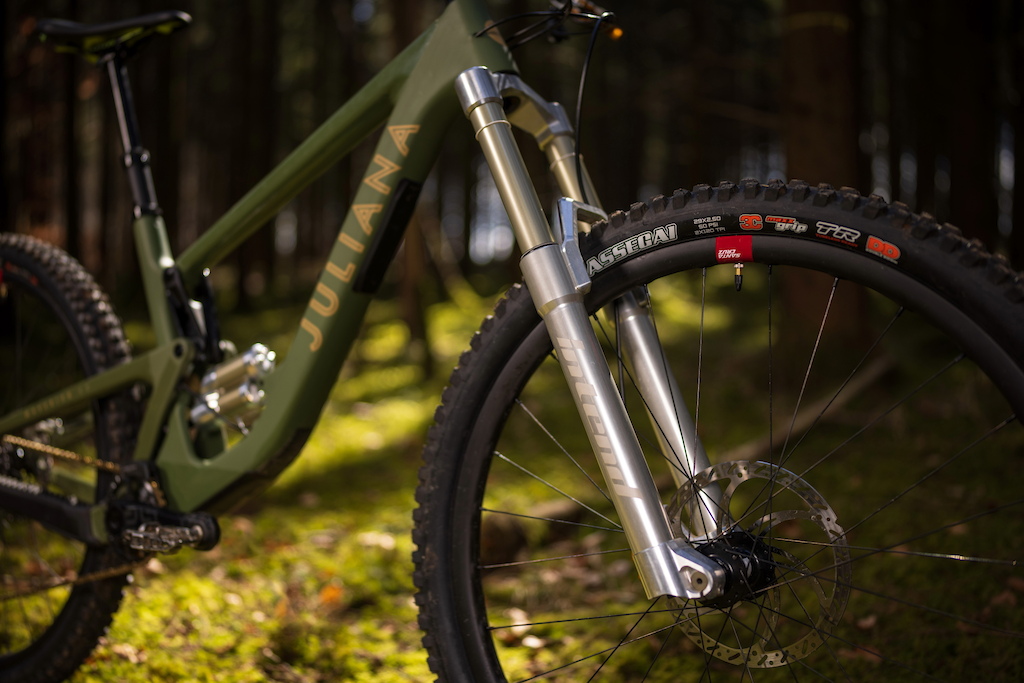 Tanja started running the Blackline Ebonite fork last summer and decided to keep running what works for her, rather than switch to the newer Bandit that Raphaela rides. 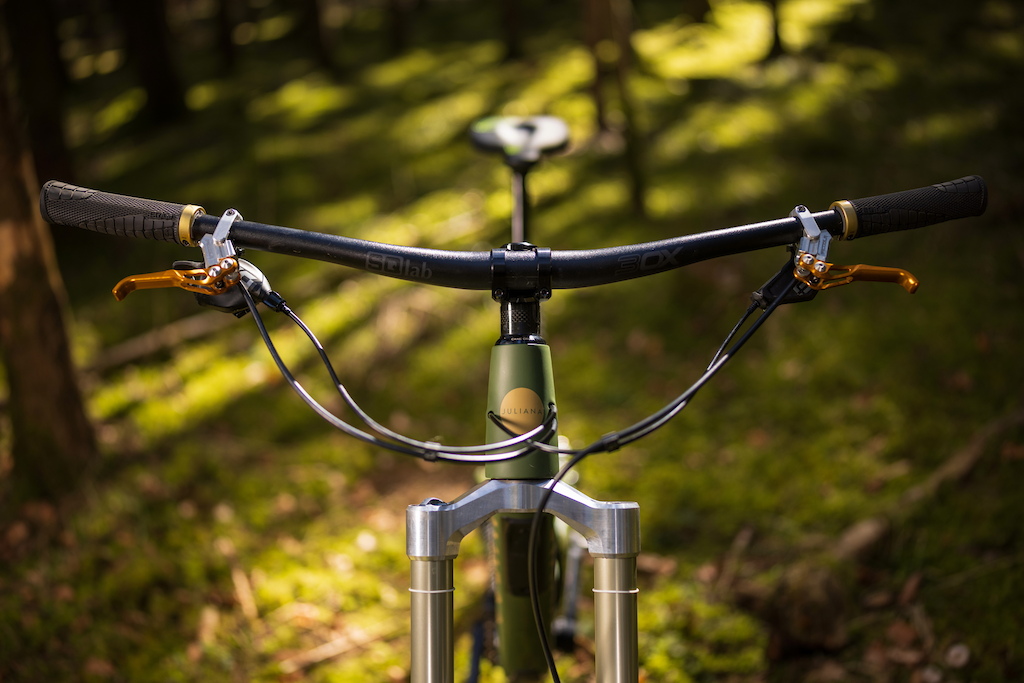 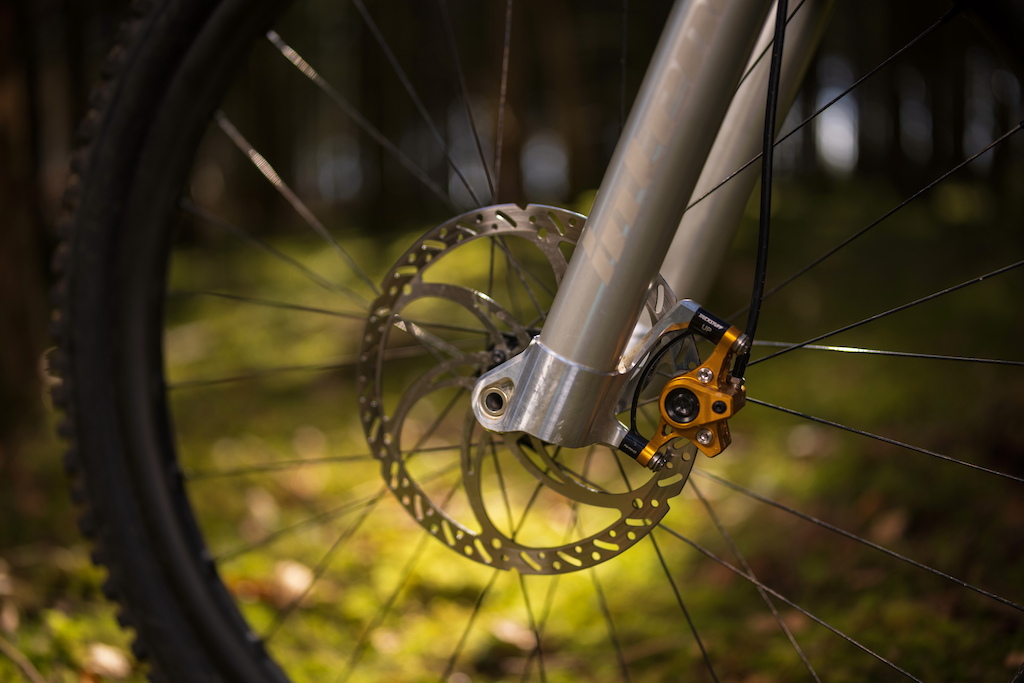 Trickstuff Piccola brakes are the lightest MTB brakes around. 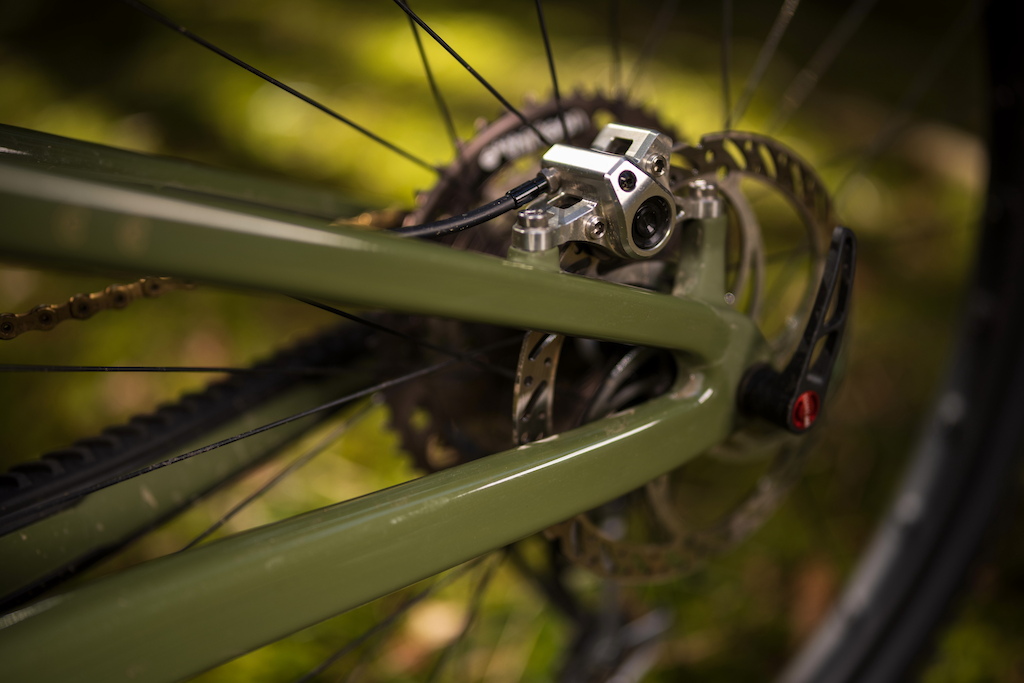 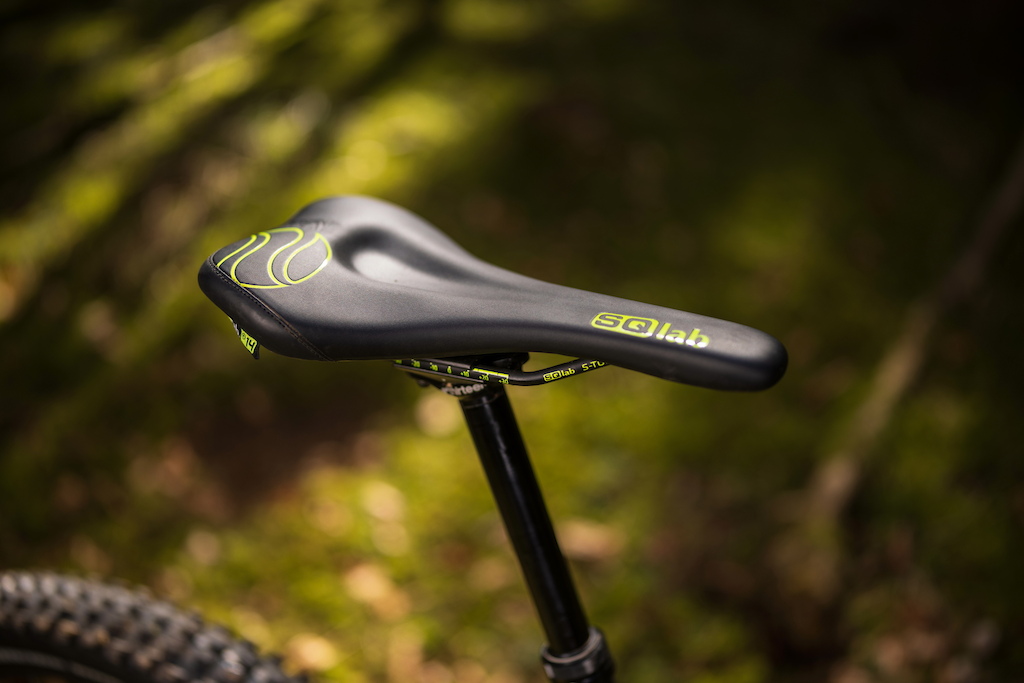 The very similar bike builds are personalized to each rider's preferences and individual sponsors. 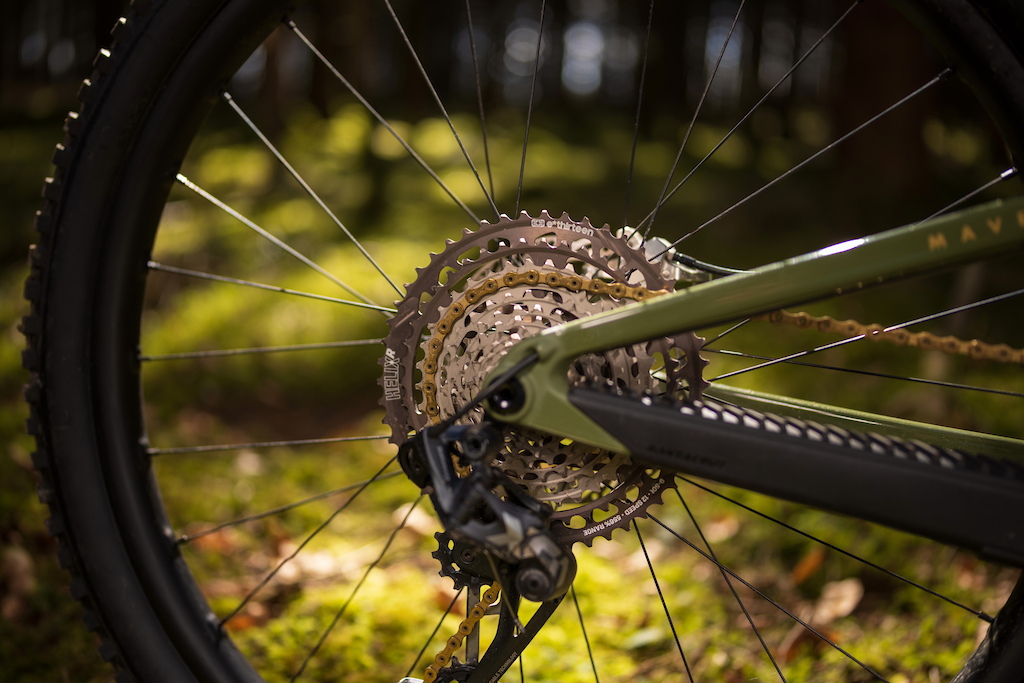 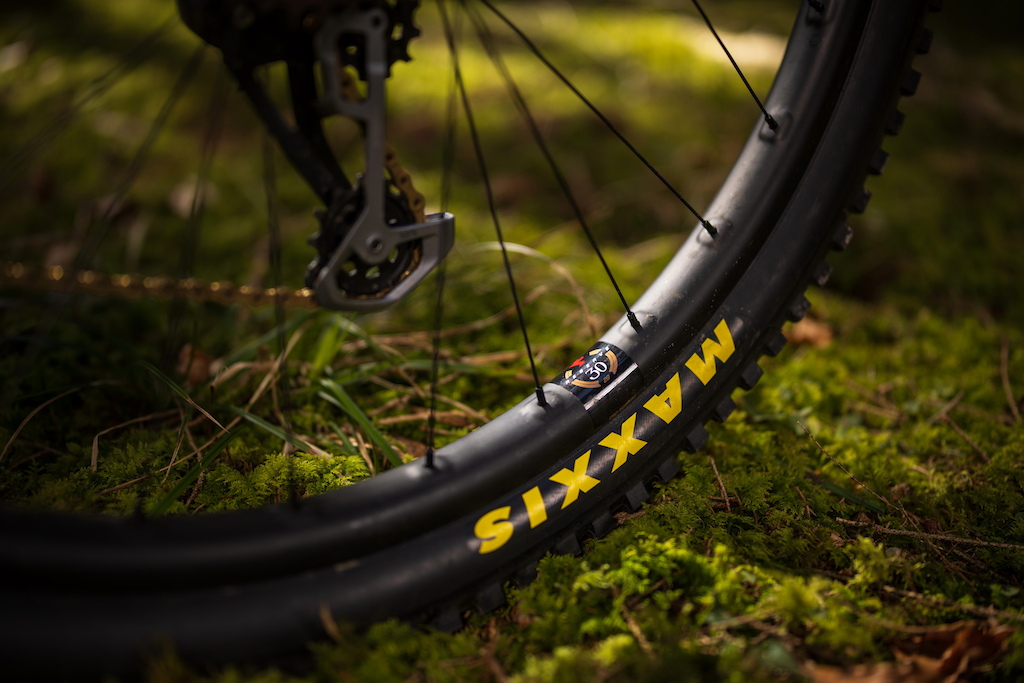 Both of their bikes strike a nice balance with parts from small, niche companies and tried-and-true household names. 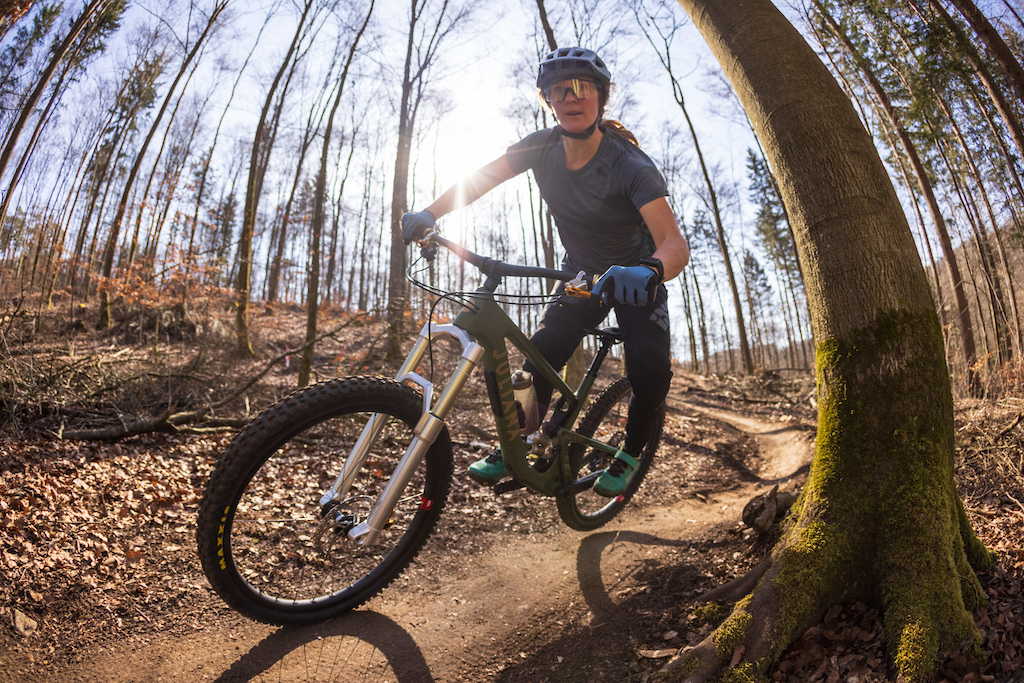 Tanja is the team's multitasker as a racer and the team's chief organizer. 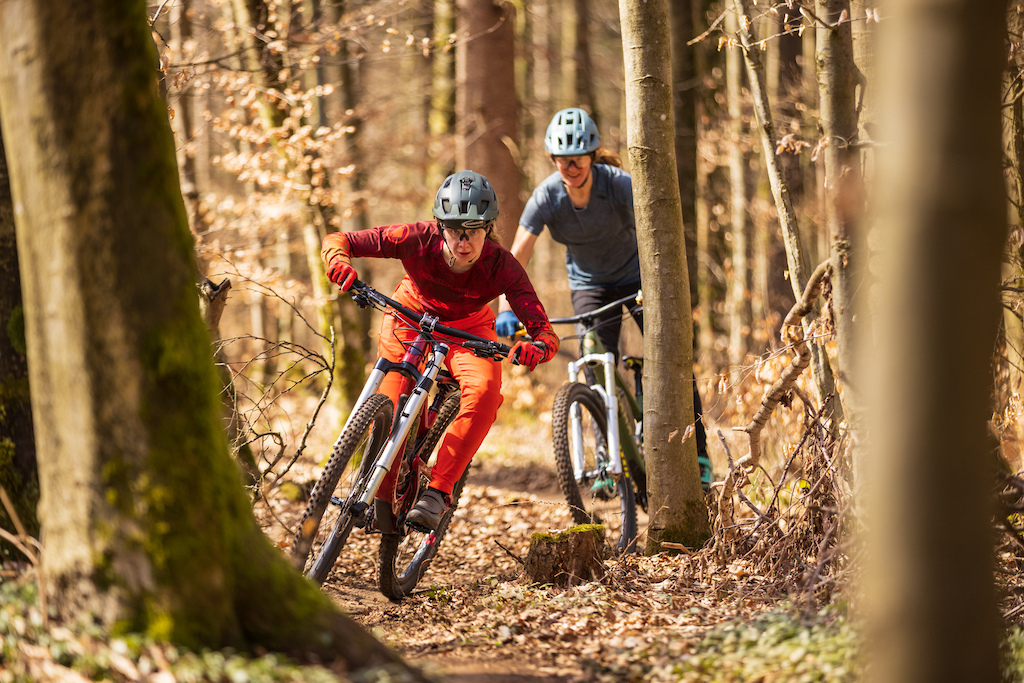 These two are a team to watch this season.

What I really want is a review of the Hover shock. Its much more dramatically different than their forks are.

50percentsure (Apr 15, 2021 at 10:27)
I imagine owning an Intend fork would produce a circle of dudes swarming you at every parking lot asking to push down on your handlebars while peppering you with a little-too-excited questions.

Basically, the opposite of showing up on a new e-bike I imagine, with "is that a motorcycle" yelled anonymously from the distance.

Waldon83 (Apr 15, 2021 at 13:29)
@hamncheez: I agree, I contemplated it before buying the EXT Storia3, but I just sold that with my bike, so I'm keen to possibly buy the Hover for my new bike and swapping out the DHX2

extratalldirtrider (Apr 15, 2021 at 5:46)
It seems in most cases women’s specific mtbs have much better paint schemes than men. I wonder why that is the case. Not all dudes want a black or matte black bike. Ha.

chillrider199 (Apr 15, 2021 at 6:11)
@extratalldirtrider: Eh. Its mainly SC has colors that a toddler picked for some bikes. Ill never forget when they decided to use the painful pink on their Bronson and Nomad.
I will say that from the Liv bikes that I have seen, I did not like any of the colorways.
All to each their own. I like raw and black... that sounds wrong...

big-red (Apr 15, 2021 at 11:02)
@extratalldirtrider: I have a buddy that got a Norco Optic in the women's-specific colours last year (bright blue C2). It looks sooooooo good and the only difference was colour and maybe saddle? He got it because it was the only one his size in stock, but after seeing it in person, he realized how much he lucked out.

extratalldirtrider (Apr 15, 2021 at 11:31)
@big-red: sweet bike. I believe the stock bars would have been more narrow too, but yeah not a huge difference between women’s and men’s models.

1llumA (Apr 15, 2021 at 5:56)
I think Raphaela's Maverick is actually a repainted Megatower with the adjustable rear dropout and the cable routing at the headtube. A 160mm rear travel would also make more sense to be paired with the 170mm fork.

hansbauck (Apr 15, 2021 at 6:39)
I think you're right. You can tell from the flip chip at the dropout and the way the cables are routed at the head tube

MattyBoyR6 (Apr 16, 2021 at 7:27)
You can also tell because of this caption under one of the photos "Raphaela's Juliana Maverick uses a Megatower frame, unlike the standard Maverick model, which is more or less a Hightower. Raphaela needed more travel than what comes stock on any of the existing Juliana models, so she gets a special one."

rbarbier12 (Apr 15, 2021 at 5:27)
I wouldn't be surprised if they run custom linkages if they need extra travel. The CC linkages typically boost by about 10mm

KalkhoffKiller (Apr 15, 2021 at 7:17)
I think it has also to do with the fact that the other juliana models have ridiculously short reach.

emptybox (Apr 15, 2021 at 8:26)
If you look at the rear axle of both bikes you will notice that raphaelas bike has a flip chip wich the maverick doesn't have.

MattyBoyR6 (Apr 16, 2021 at 7:28)
Photo caption "Raphaela's Juliana Maverick uses a Megatower frame, unlike the standard Maverick model, which is more or less a Hightower. Raphaela needed more travel than what comes stock on any of the existing Juliana models, so she gets a special one."

dark-o (Apr 15, 2021 at 5:37)
When I think about privateers I think about bikes that are hold together by zip ties and Gaffa tape and not abot having the most bling bling parts available

h-beck83 (Apr 15, 2021 at 5:31)
I do like SQ Lab saddles. They are the only ones that will work for me and the customer support is great. Had a crack in one of my saddles and all I needed to do was take a pic of it, send it to SQ Lab, and I had a new saddle a couple of days later.

KalkhoffKiller (Apr 15, 2021 at 7:23)
I got away with running the super gravity casing in the fron without an insert @ about 70kg rideready, without flatting. But if you ride rocky trails I wouldn't recommend it because you can feel the rim having contact on square edged rocks. Its ok for mellower stuff tho.

JonGales (Apr 15, 2021 at 8:57)
I’m rooting for them! Once shared a gondola ride with Rapha during a local race in austria without realizing who she was. Such a nice and outgoing person. Also, she nearly chased my ass down on the next stage!

sack-zement (Apr 15, 2021 at 6:42)
good looking bikes, astonishing forks. other than that, thanks for another nonsense bike "check" that is nothing else than a partlist.
- why choosing a maverick over a rubion?
- why the different forks?
- why different brake brands?
- rafaela riding super low tire pressure even considering her weight, how that?

sack-zement (Apr 15, 2021 at 7:30)
@Afterschoolsports: well i obviously missed it then. even after reading the photostory a second time.
would you be so kind and answer my questions? thanks

person-named-john (Apr 15, 2021 at 7:33)
@sack-zement: They ride Intend suspension because they are sponsored by Intend. I guess the brakes are just personal preference, although with the Trickstuff ones it's because they are extremely lightweight.

emptybox (Apr 15, 2021 at 8:33)
The tire pressure could be just one setup of many, depending on where she rides. Also schwalbe sg tires have a pretty stiff sidewall compared to double down but they are also heavier I think

Strange also that brands need to have a different named female version of their bikes. But maybe is due to the not as great color choices for the men's bikes?

BenTheSwabian (Apr 15, 2021 at 9:52)
NGL, the green one looks absolutely ace. Kinda steampunky with that gold and polished chrome over olive green.

BenTheSwabian (Apr 15, 2021 at 10:17)
@TerrapinBen: Yeah steam punk probably isn't the right word for it but with the polished chrome, royal flush coating and the clean lines and edges it's got that industrial design kinda vibe to it.

TerrapinBen (Apr 15, 2021 at 10:27)
@BenTheSwabian: I would agree with the industrial design vibe. I really like the contrast between polished and matte components. A bike that is clean, mean, and not messing around!

CustardCountry (Apr 15, 2021 at 11:08)
I commend Intend on trying something different but I can’t remember what the advantages of the fork not being a Triple clamp were

DavidGuerra (Apr 15, 2021 at 14:15)
Well, the torsional resistance difference is much bigger from a single crown to this setup than from this setup to a full triple clamp. So it's an optimized rigidity/weight ratio.