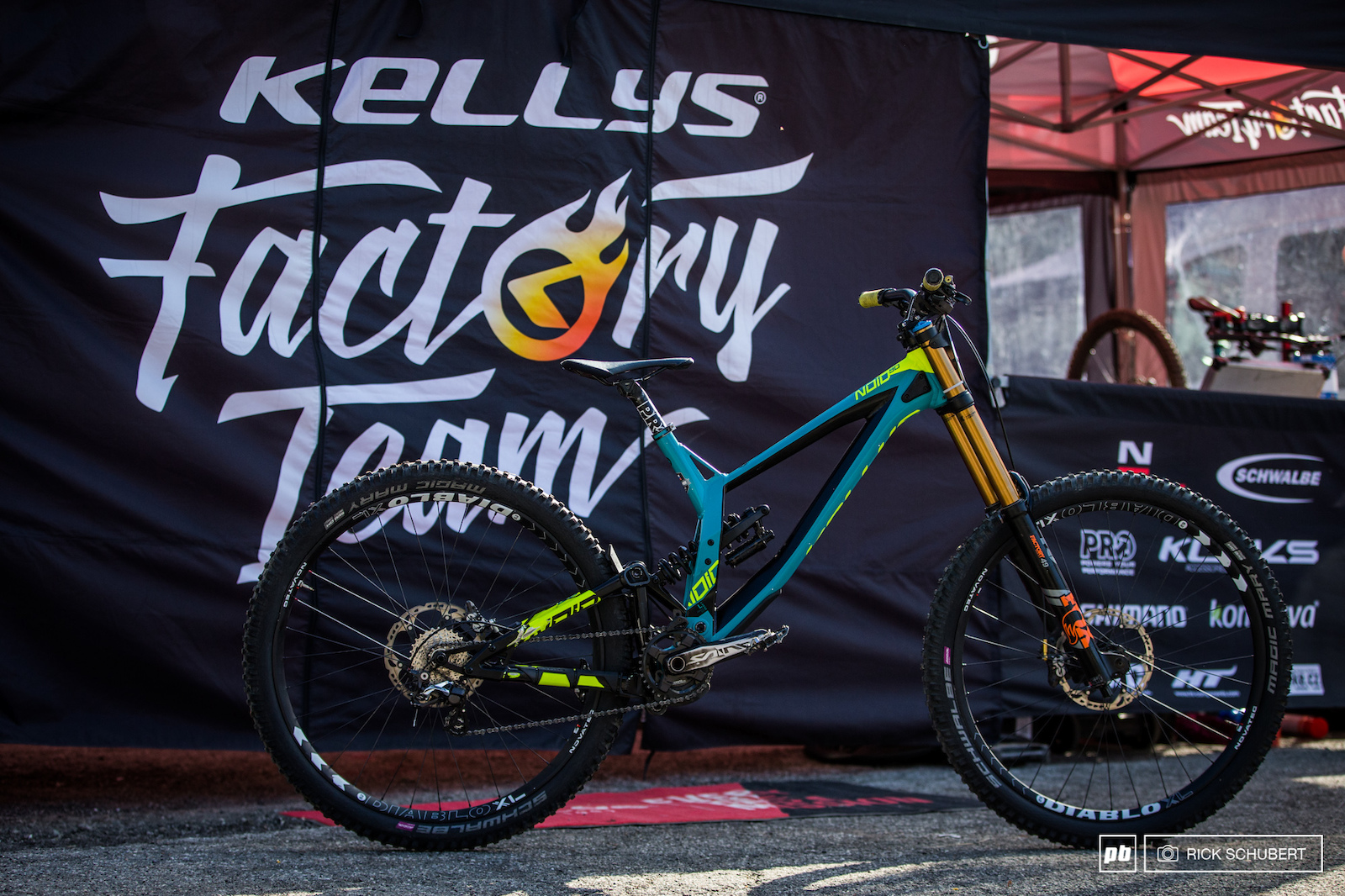 Bike Check
Rastislav Baranek'sKellys Bike Noid 90 29er
Photography by Rick Schubert
One of the bikes that constantly catches attention is the Kellys Bike Noid 90. The Kellys Factory Racing team has been running this frame since last year but did some major changes during the offseason and is now using a 29er version. We caught up with Rastislav Baranek, team rider of the Kellys Factory Racing team, at the iXS European DH Cup in Abetone and took a closer look.

At first sight, the Noid 90 might look a little bit confusing to some of us. That's not because it is from a different planet but because of its unique shock mounting and the Think Link system. The Noid 90 seems to be an extremely versatile bike. With two adjustment options- one at the rear for chain stay and one at the rear shock for head angle and bottom bracket, Rastislav and the team can change the geometry of the bike for any kind of downhill course.

Rastislav is using Shimano Saint for his drivetrain and brakes along with a Pro Tharsis 9.8 handlebar, stem, seat post, and saddle. Schwalbe provides tires and Rastislav likes to ride the Magic Mary 2.35" with the ultrasoft compound. In the back, he also uses Schwalbe's ProCore. For suspension, Rastislav is free to use whatever he likes and is currently mixing a Fox 49 in the front with a RockShox Super Deluxe Coil in the back, both tuned by JC Suspension. 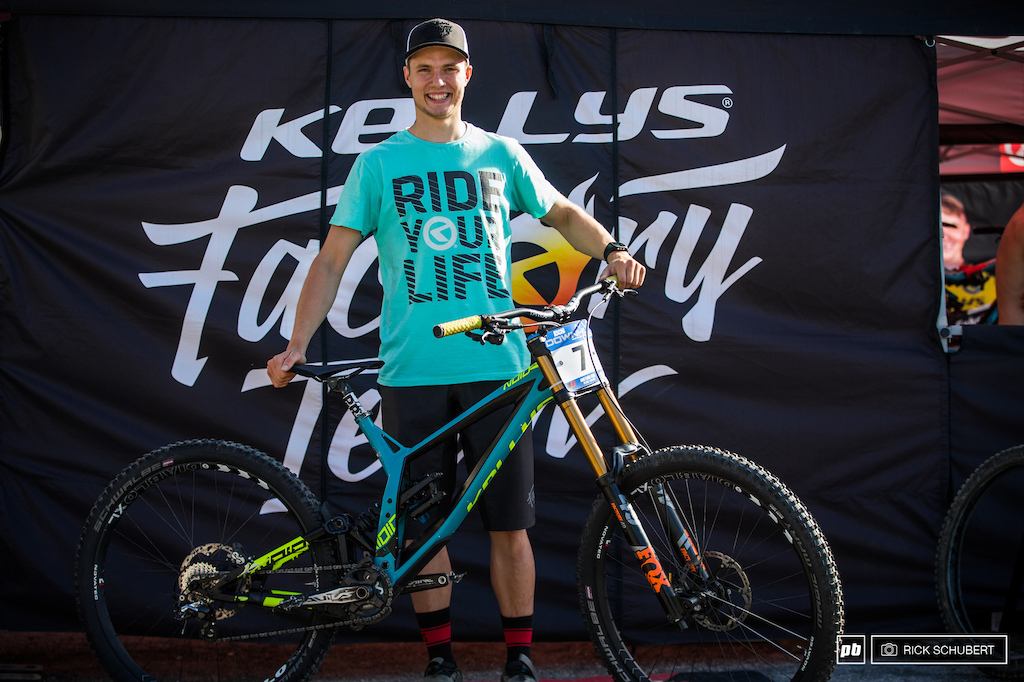 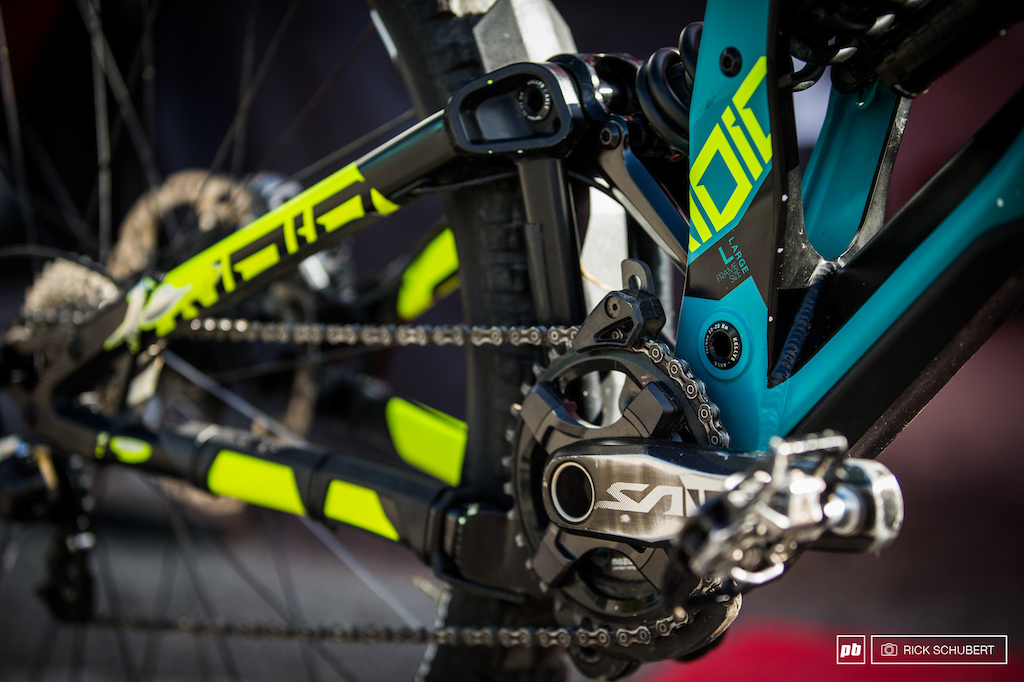 With a height of 1.84 m, Rastislav is using a large-sized frame 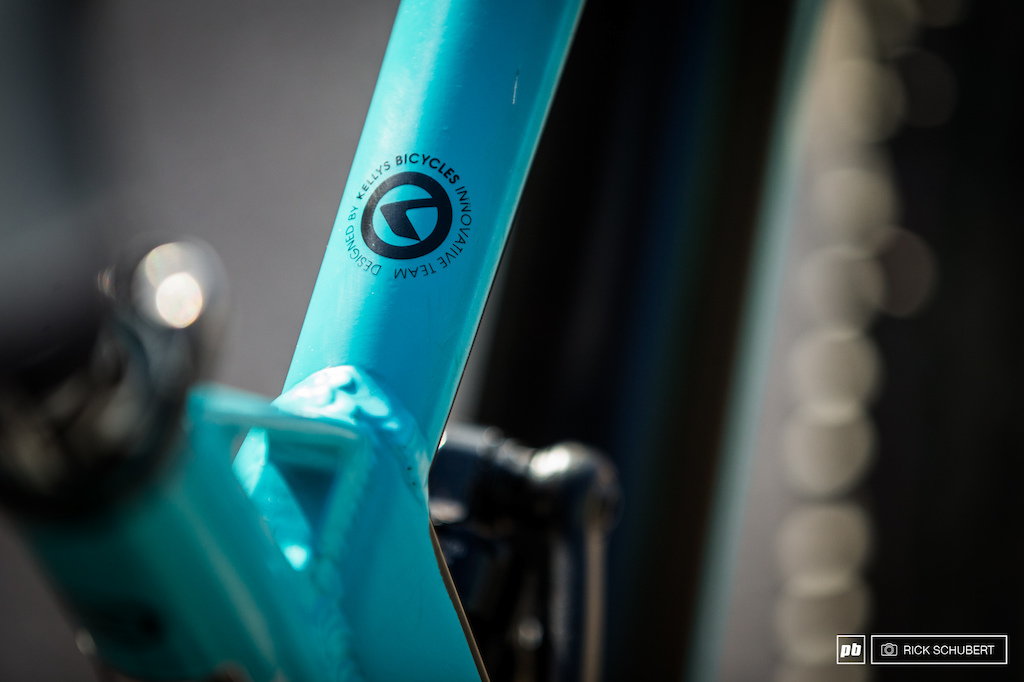 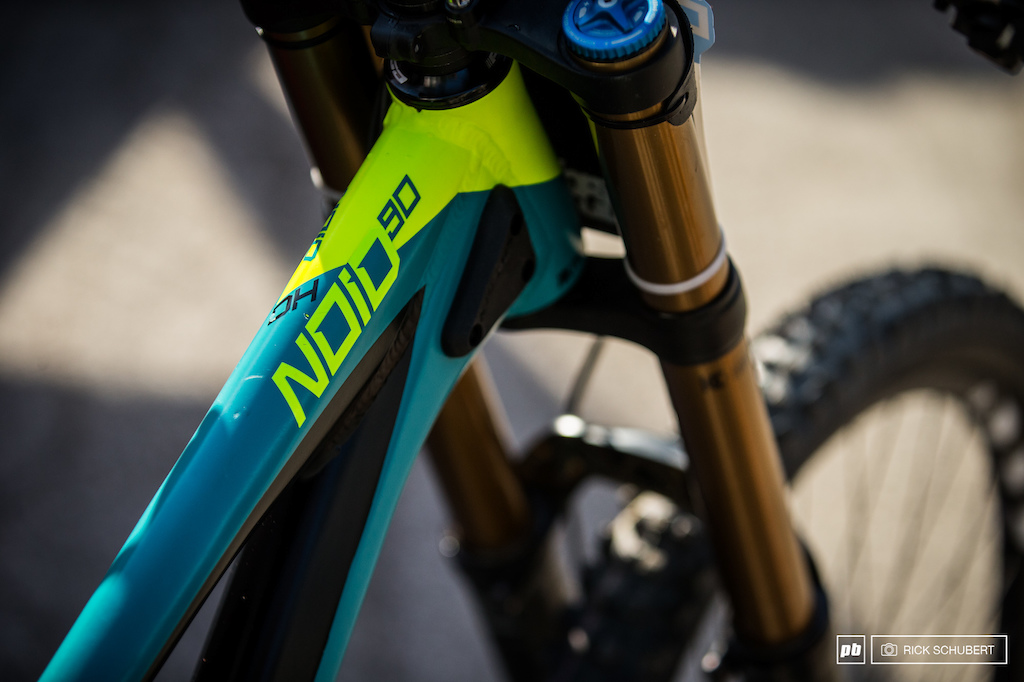 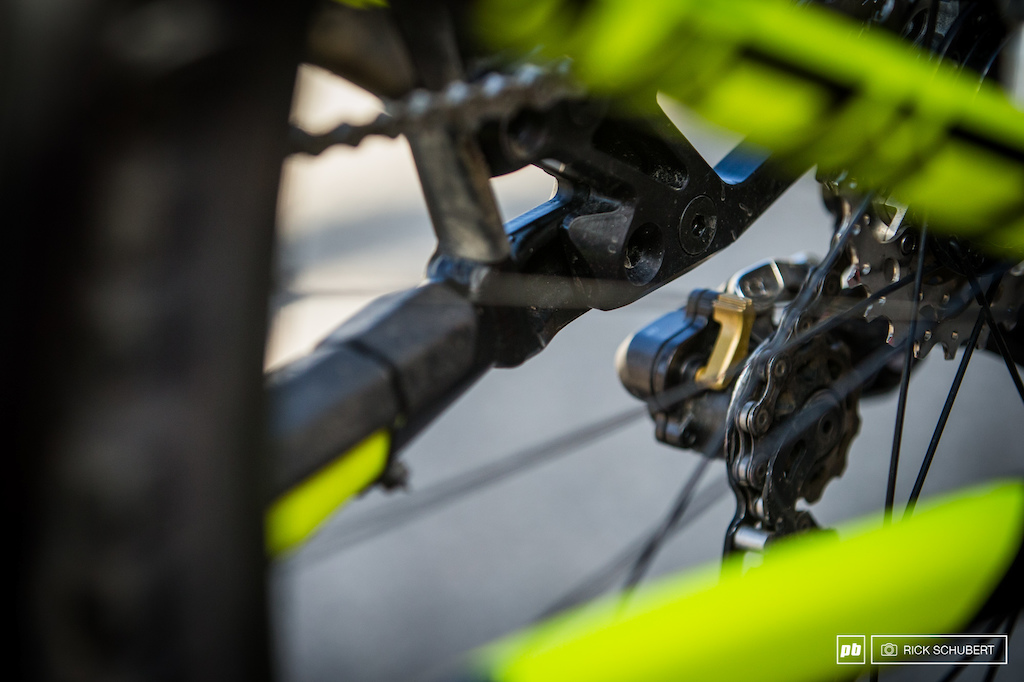 Rastislav is running the 447mm chainstay option here in Abetone. 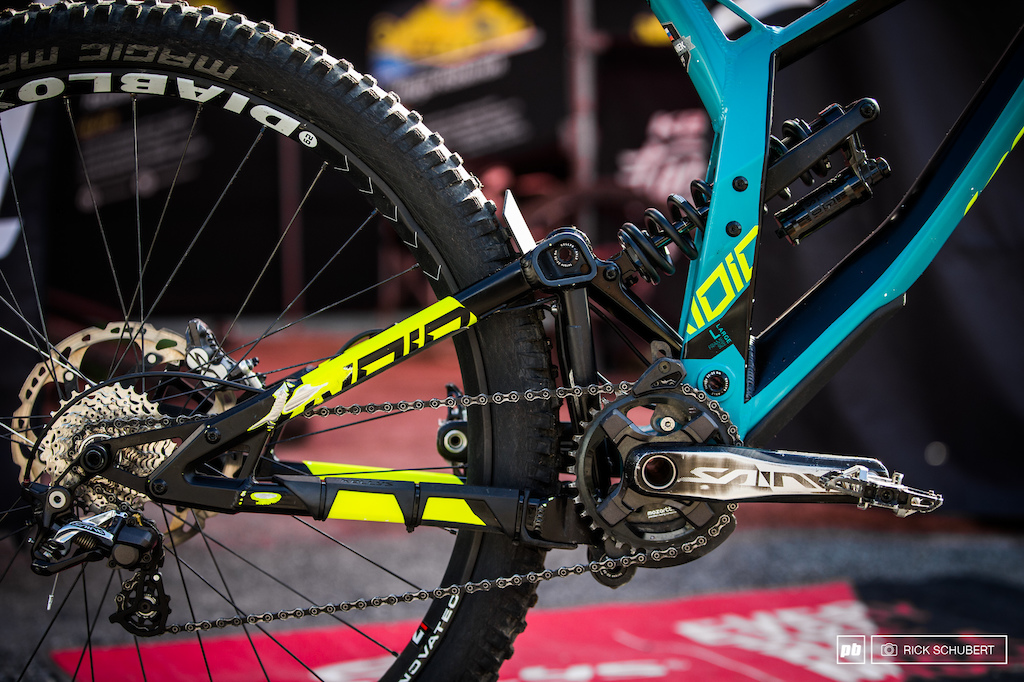 The rear triangle is compact and helps make the bike extremely stable. 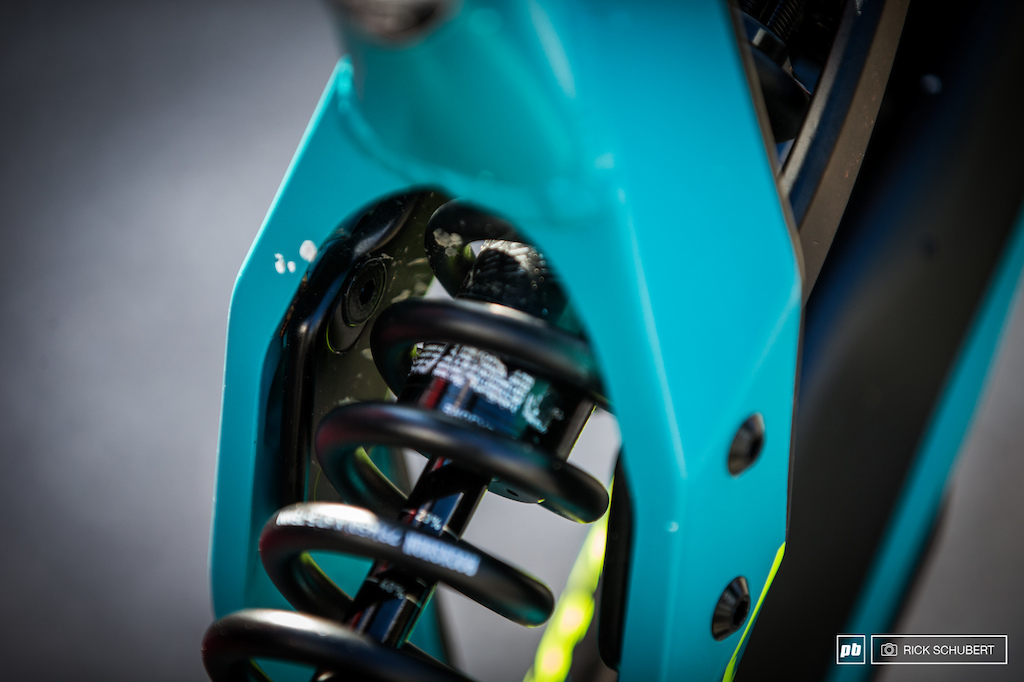 Another hidden adjustment option to slacken the head angle and to lower the bottom bracket. 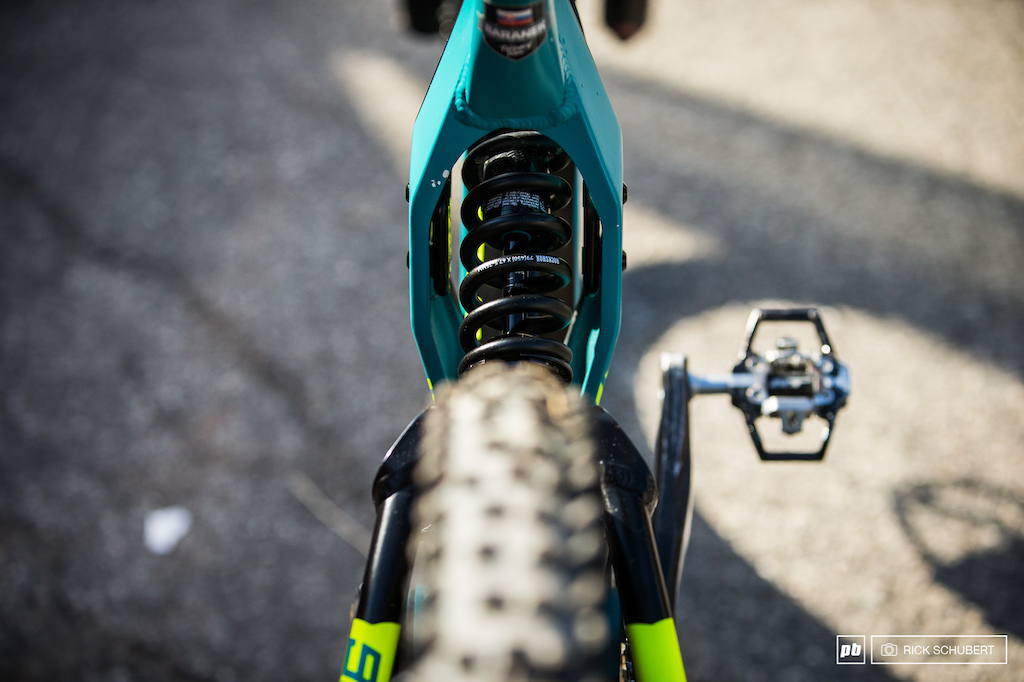 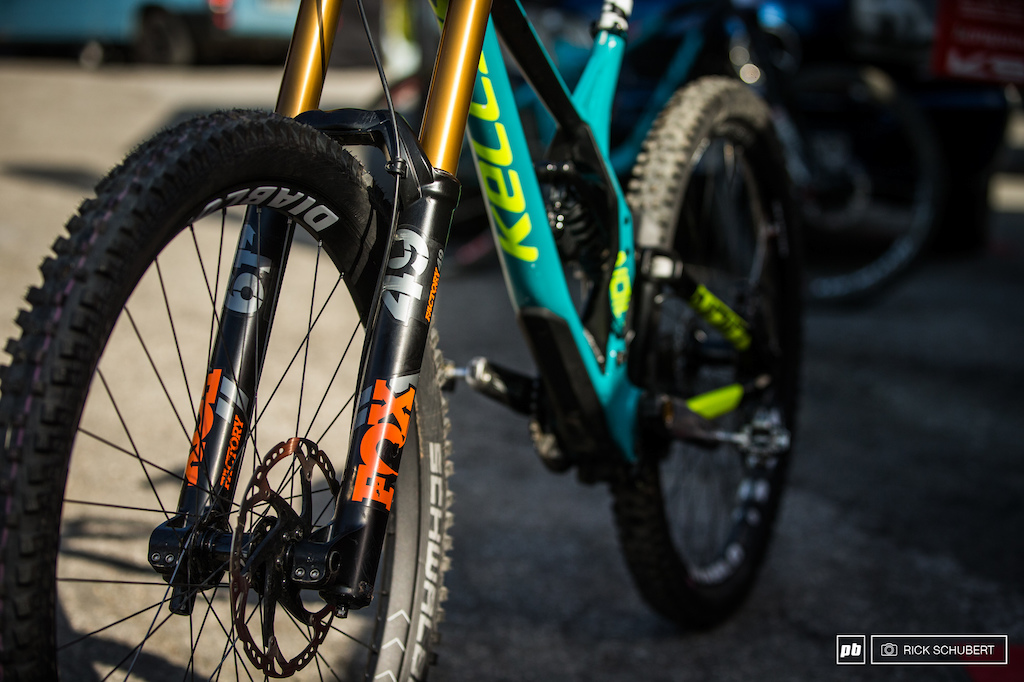 He is running 65psi in his Fox 49 which is tuned by JC Suspension. 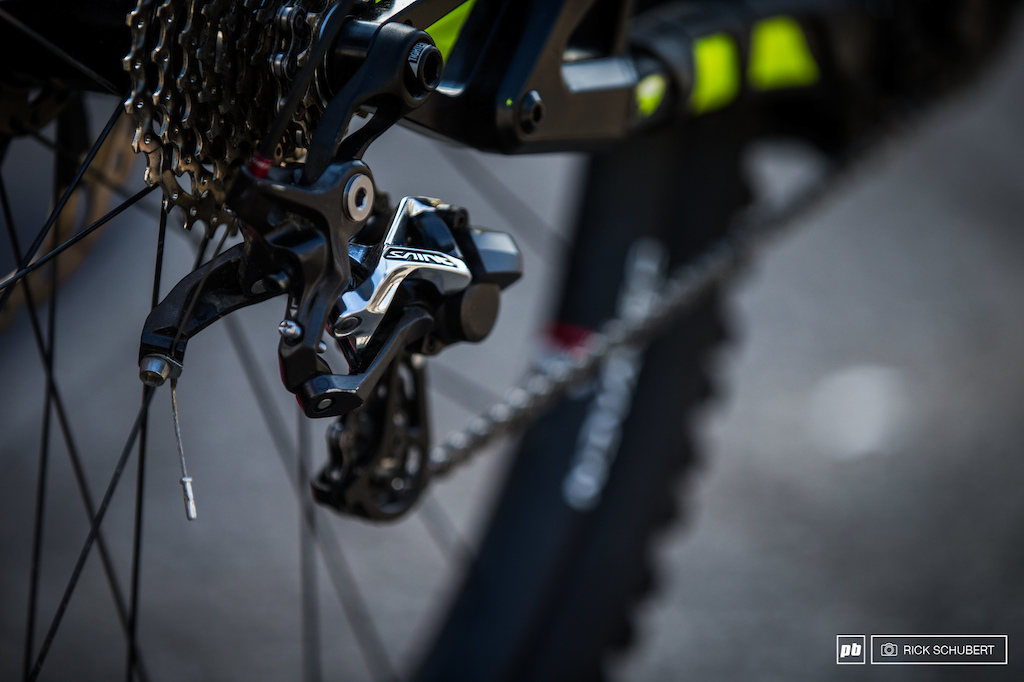 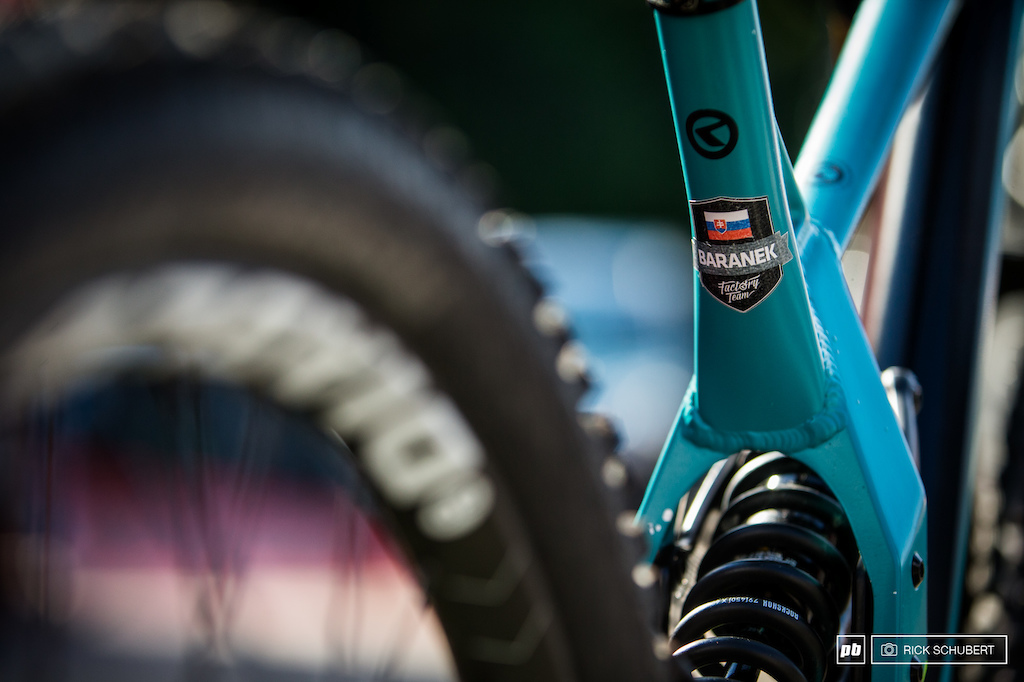 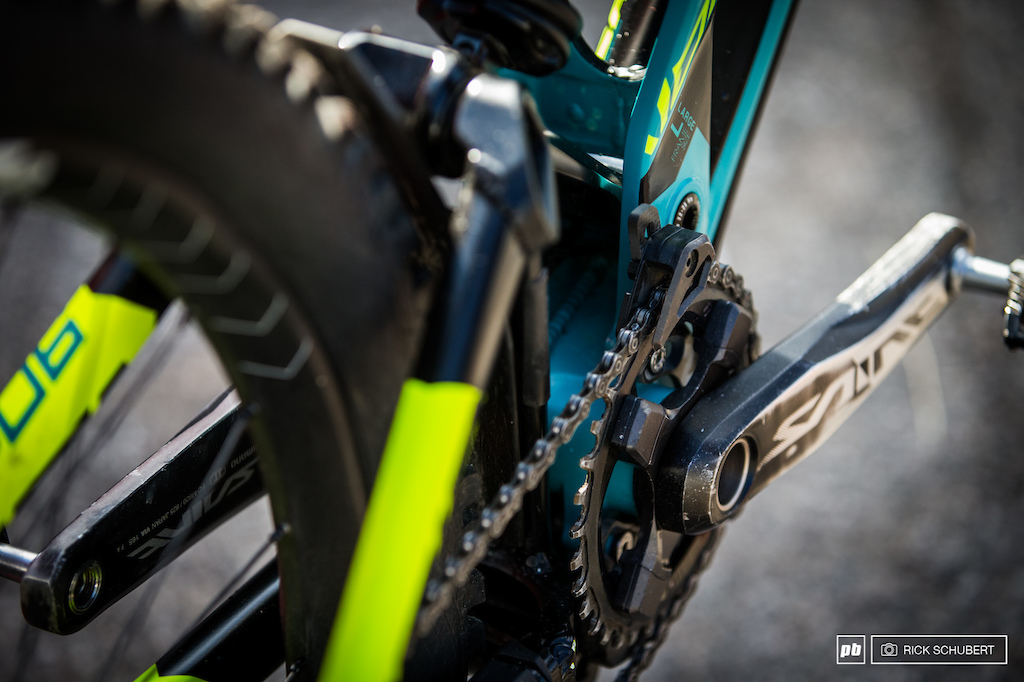 Mozartt built a custom carbon chain guide for the Noid 90 which is just 53g. 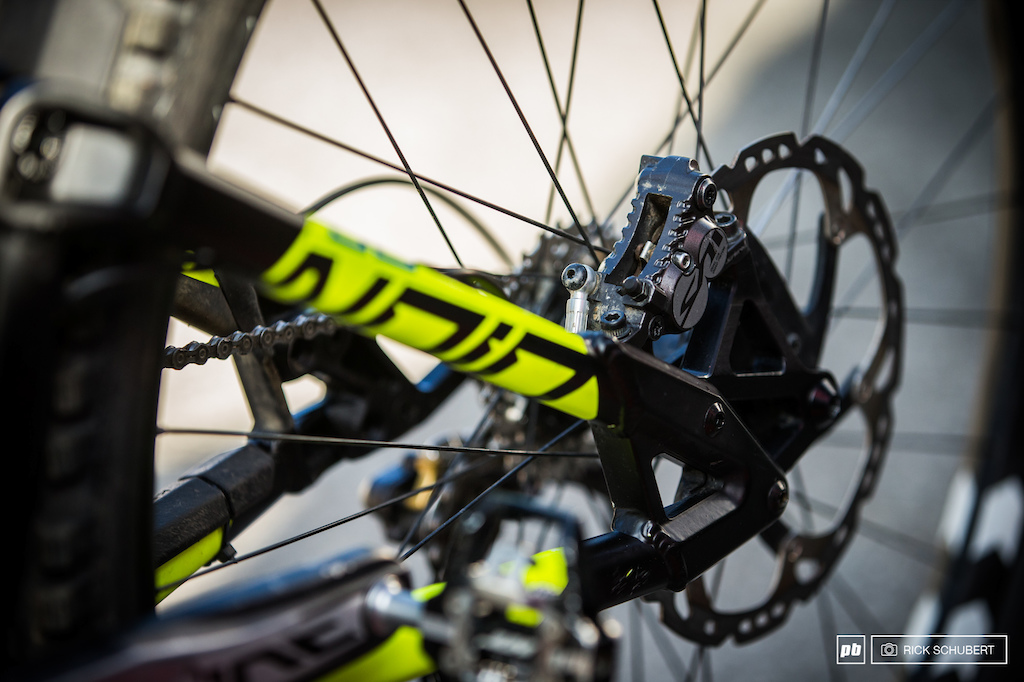 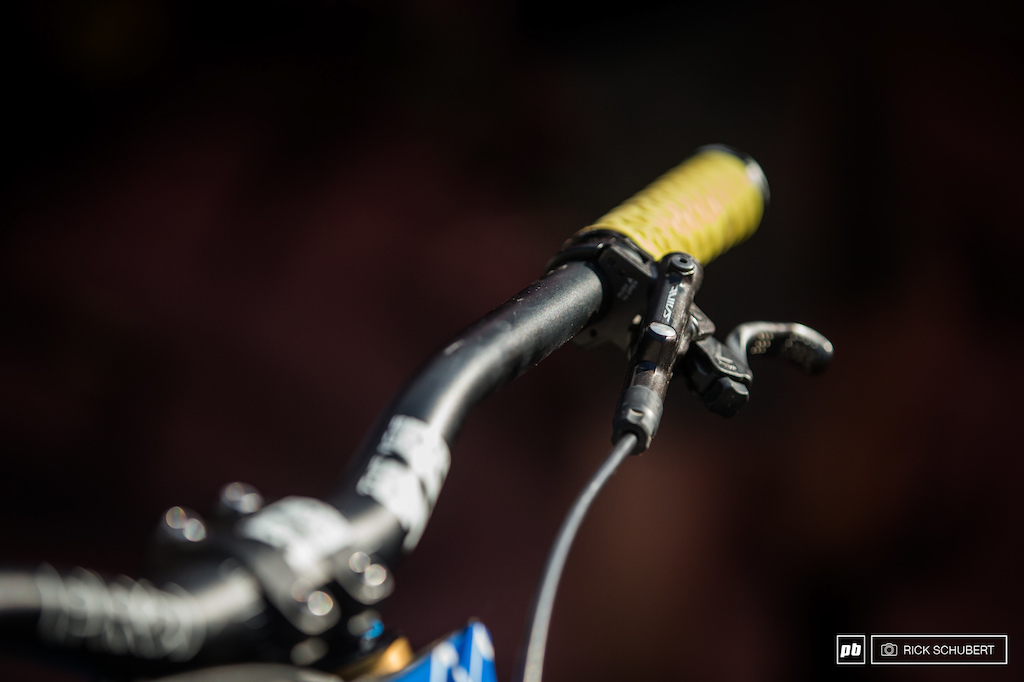 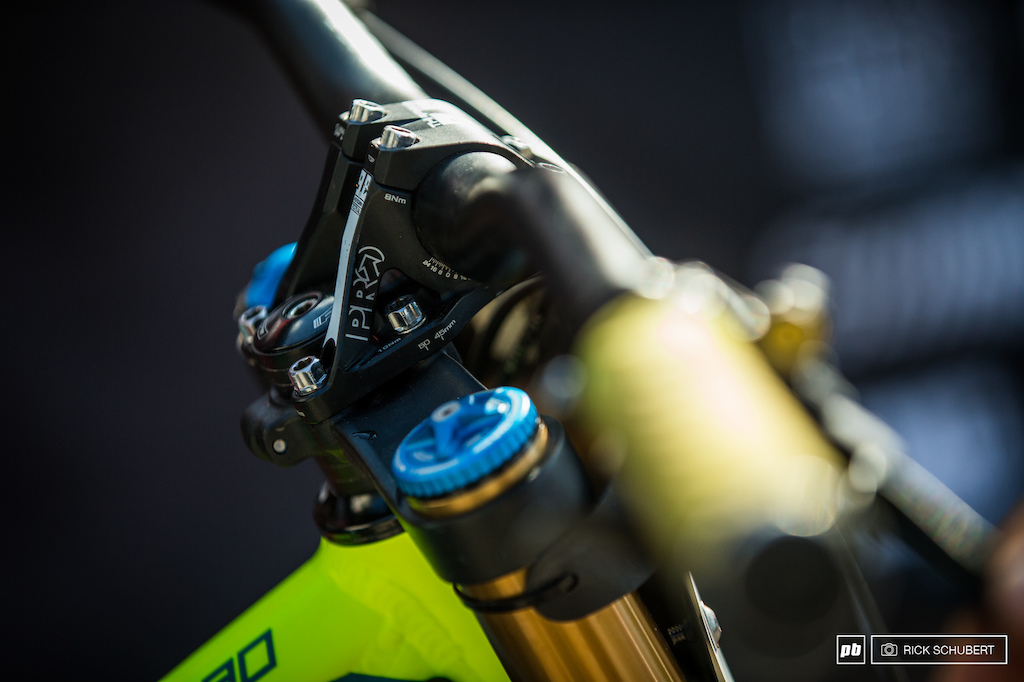 Pro 50mm stem, which can be changed to 45mm if Rasto wants to. 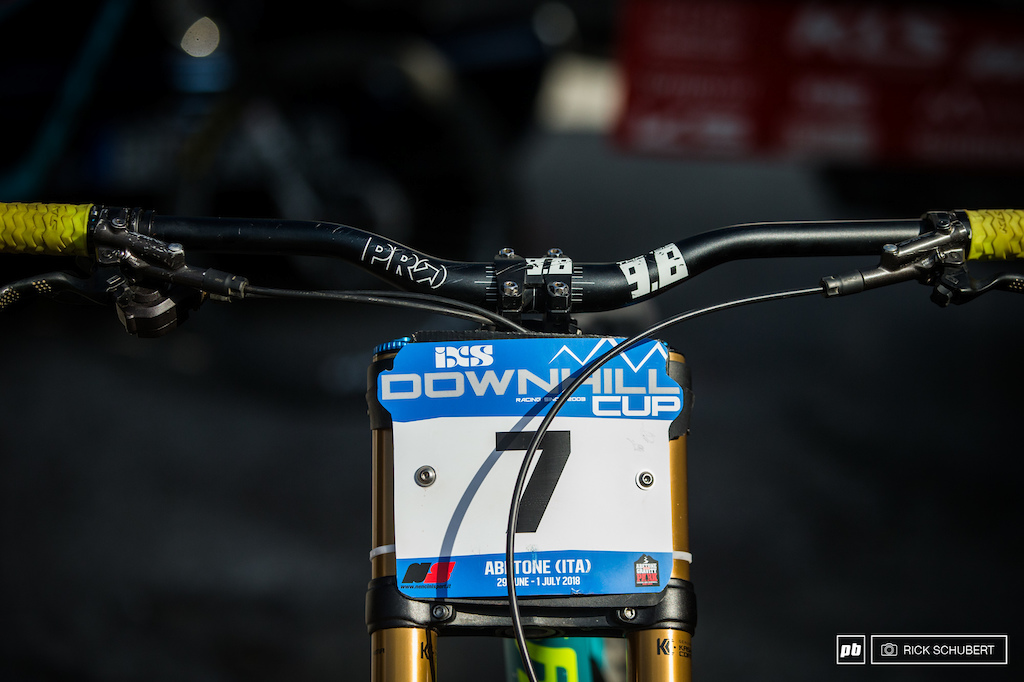 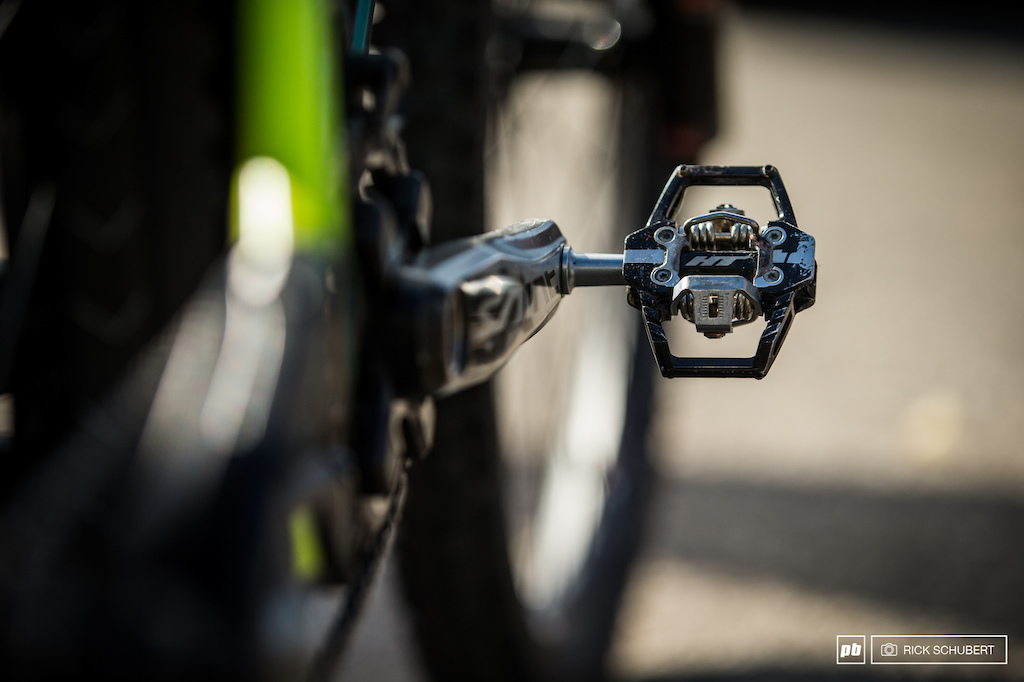 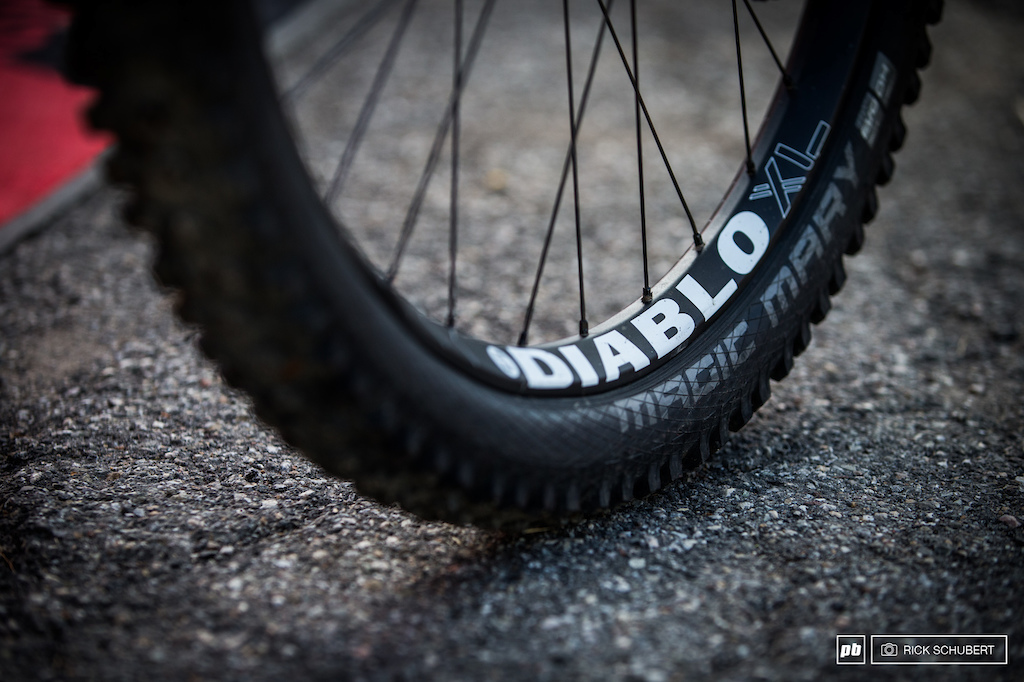 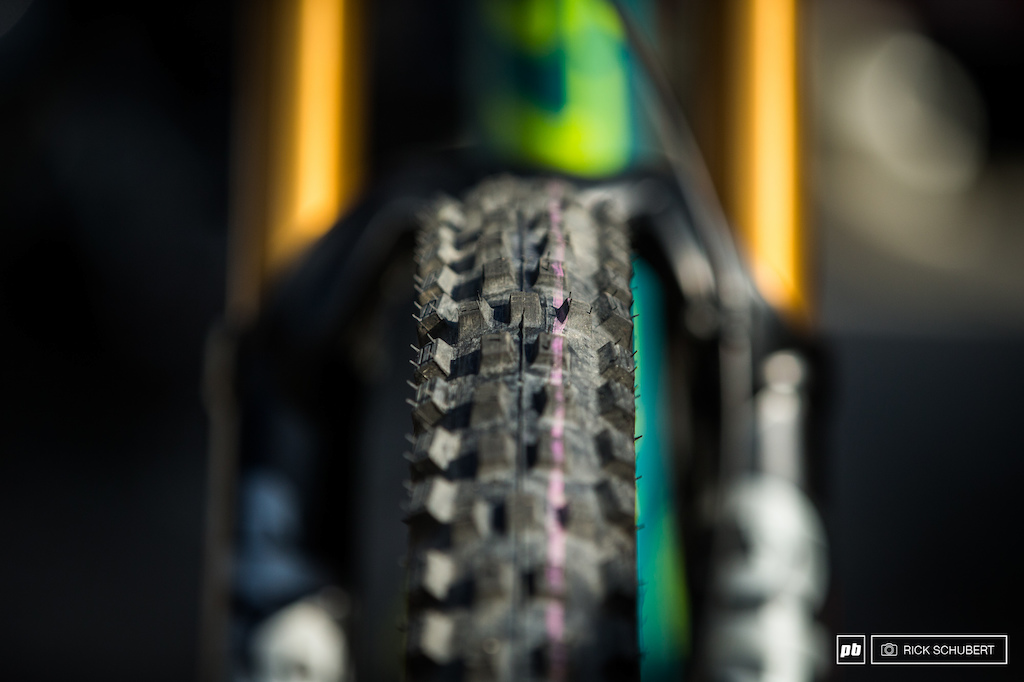 The Schwalbe Magic Mary is Rasto's tire of choice. Pressure wise he is running 24.6psi in the front and 26.psi in the back. 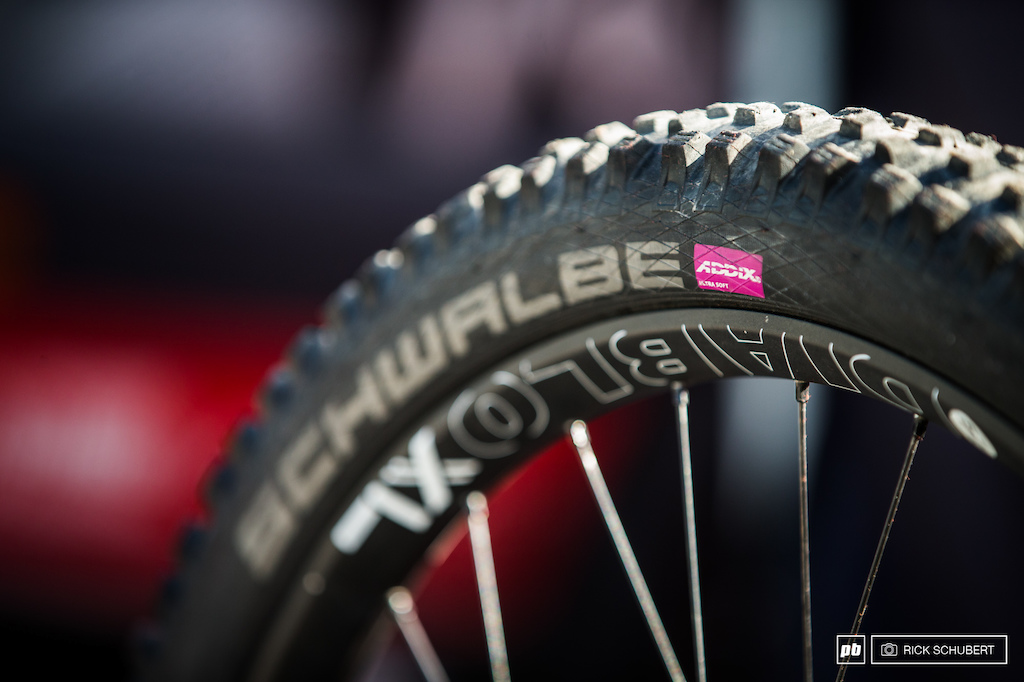 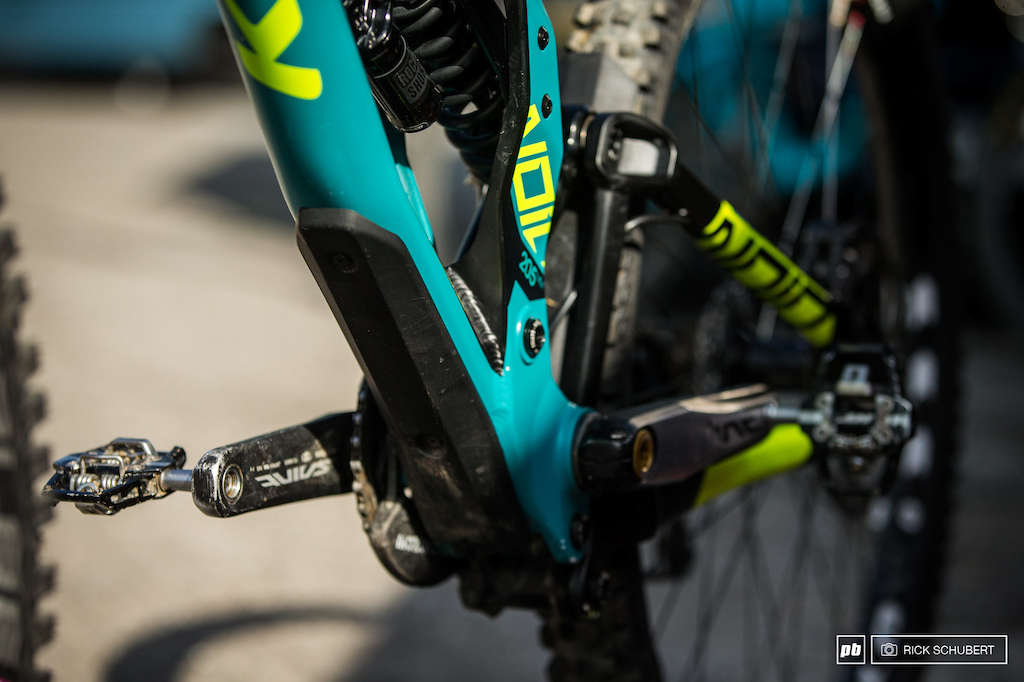 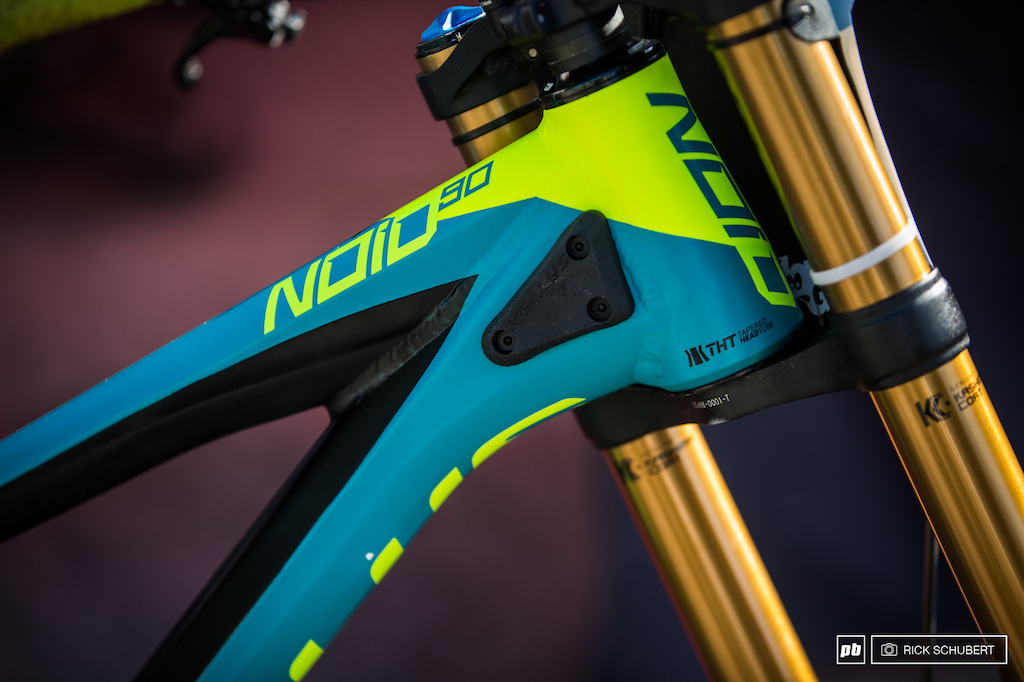 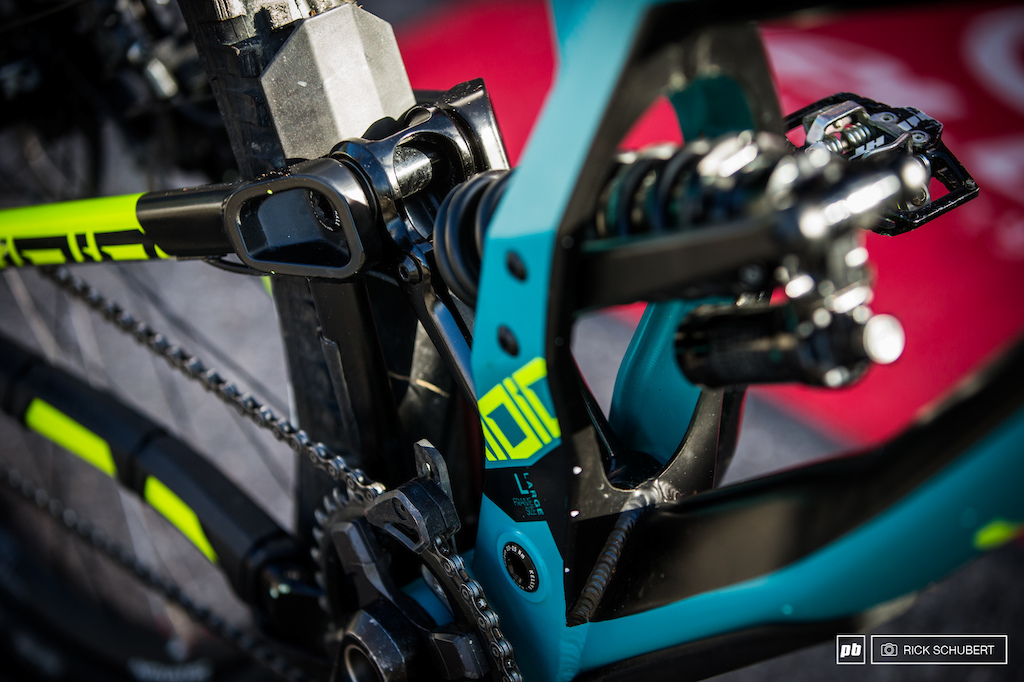 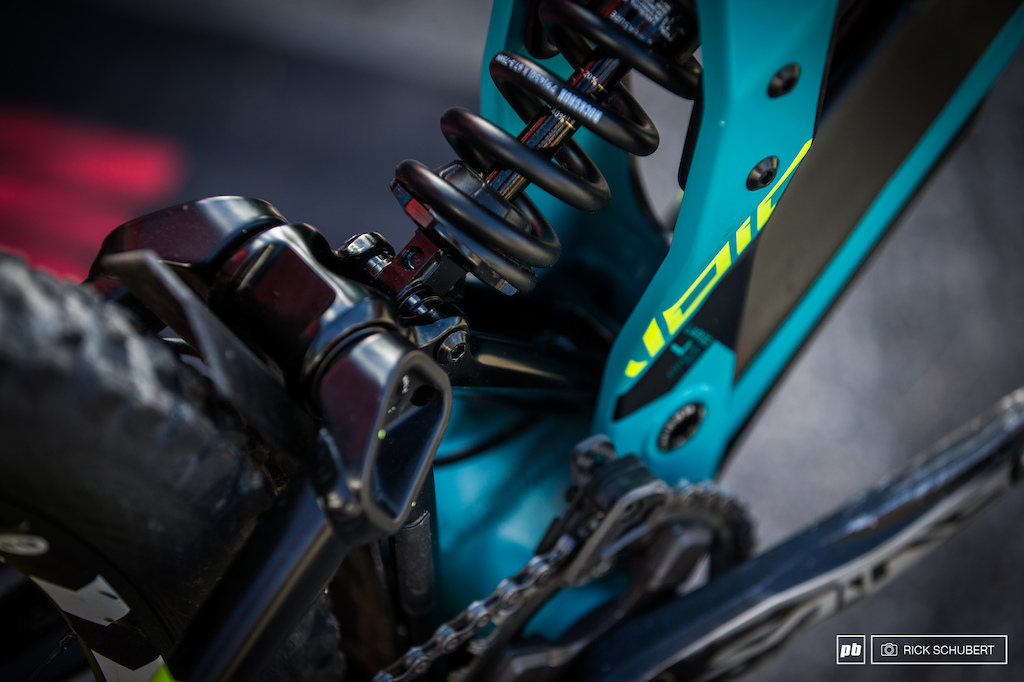 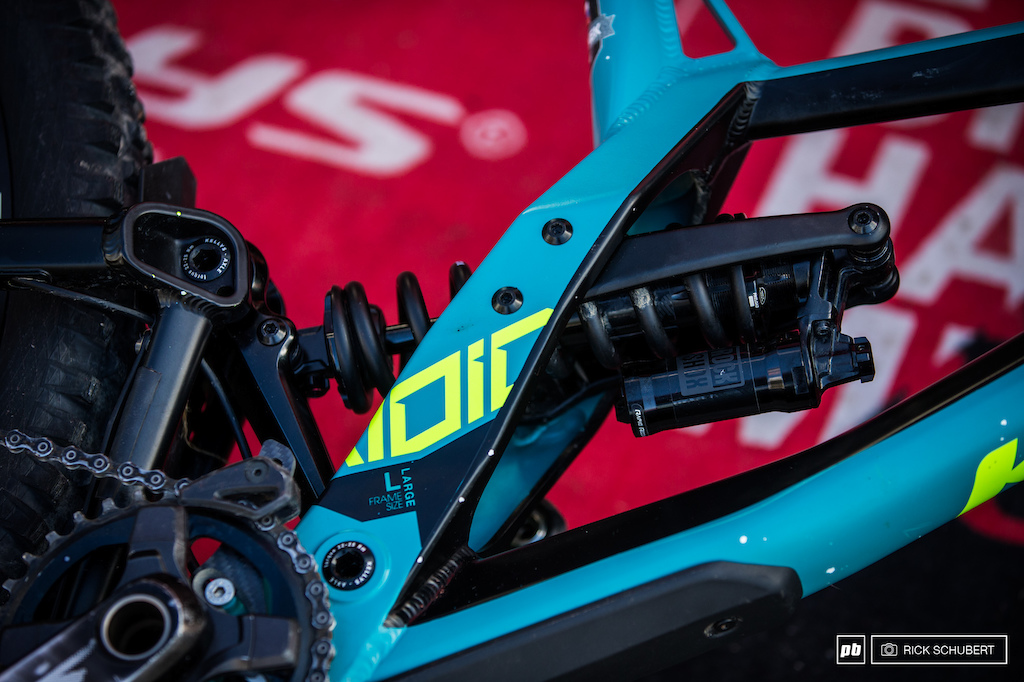 The team is currently testing a carbon version of the Think Link, engineered by the Technical University of Bratislava.
MENTIONS: @KellysBicycles

waxyfeet (Jul 1, 2018 at 23:00)
@Rick Schubert Schubert you cheeky little monkey. Went and changed the original title on me... now I look like a lunatic. Luckily the title's still in the original banner image for the article :p

game (Jul 1, 2018 at 14:51)
Theres how many photos and not a single clear shot non drive side. How does the suspension function?

emptybox (Jul 1, 2018 at 15:14)
It's a vpp design. The rear triangle is connected to the main frame by two linkages the upper one drives the shock

time-bomb (Jul 1, 2018 at 15:14)
Totally agree. Pinkbike needs more pictures of the non-drive side of bikes when doing this stuff.

westeast (Jul 1, 2018 at 21:25)
Yes, any article highlighting a unique suspension design should show a side shot of the non-drive side.

Will-narayan (Jul 2, 2018 at 2:46)
We can see where the lower link connects to the frame in the 5th picture from the bottom up. It seems a bit similar to a Niner jet 9 (for the lower link only).
If there's not much chain growth I guess the wheelpath tends to go forward.

Stylexxx (Jul 2, 2018 at 3:31)
@Will-narayan: they say the following " totally independent rear suspension. It ensures no negative influence from drivetrain and brakes, no pedal kickback and constant rear triangle geometry with absolutely no chain growth." lol I'd love to see a linkage

Will-narayan (Jul 2, 2018 at 4:11)
@Stylexxx: I don't know, it seems possible, though probably a bit overblown PR.
If I copy/paste the wheel in photoshop and rotates it around the crank center, it fits just right under the saddle, my maths are old but if the 2 links mathematics are right, maybe you can keep the wheel on a perfect circle around the crank axle.
But as I said the wheelpath goes forward, you either have no chaingrowth and forward wheelpath, or rearward wheelpath and lot of chaingrowth.
But if you want both no chaingrowth and a rearward wheelpath you need a high pivot with a high cog.

emptybox (Jul 3, 2018 at 4:56)
@sherbet:
It is a Vpp design. Maestro is a Vpp design too. The point where the axle rotates around moves. So that point is virtual. Santa Cruz only have a patent on the name

arden0 (Jul 3, 2018 at 6:06)
@emptybox: if you want to get pedantic, Santa Cruz had a patent on VPP, which was described as having two short counter-rotating links. DW and Giant's systems may have a dynamic (virtual) pivot point, and so does Horst link and pretty much anything that isn't a single pivot, but that doesn't make them VPP.

sherbet (Jul 3, 2018 at 9:43)
@emptybox: No, there is no virtual pivot. It's a different design engineered to do different things. I'm sorry, but you're wrong on this one. It moreso resembles suspension layouts like Niner's. The wheel path is massively different.

emptybox (Jul 3, 2018 at 11:13)
@sherbet:
There is a fixed axle path. Wich isn't linear or straight. It's a curve. Curves do have a centre. That centre can change trough the curve when the radius changes. Like the VIRTUAL pivot point on a giant for example. That pivot point is virtual because there is no real pivot at that location. You could also say "imaginary" pivot point if that makes you feel better. For this bike it's the same.for a Santa Cruz it's also the same.it doesn't matter if the wheel path has an S shape or a C or whatever shape.

emptybox (Jul 3, 2018 at 11:17)
@sherbet:
On an S shaped axle path the radius changes from negativ to positive or the other way round. On a C shape it stays positiv or negative.

Maybe this does help you

sherbet (Jul 3, 2018 at 16:54)
@emptybox: You can triple post again if you want; there's a reason DW and Maestro didn't infringe on the VPP patent. The reason is pretty simple, they're not the same suspension design. This isn't a debate.

But please, condescend to me some more with dictionary.com definitions that lack context...

mtbikeaddict (Jul 1, 2018 at 18:38)
@Triber66: Lol...maybe...at first I was getting downvoted... maybe I should've included a winking smiley? Probably wouldn't have helped much. A quick Google search is all that's needed... oh well.

blamacken (Jul 1, 2018 at 16:52)
This is a really good looking bike, nice Sharp lines. I am surprised this aesthetic isn't more common.

adik (Jul 4, 2018 at 14:30)
Just bought one of those. After two rides I can tell it's a really fun bike, it even does go uphill (slowly but it does). May be slightly heavier than others but it doesn't affect riding at all. It jumps with ease, has a lot of pop, accelerates easily and the suspension feels very good on the rough terrain. I'll see what future brings but for the moment it seems like a great deal!

angusprox (Jul 2, 2018 at 15:25)
Actually it looks like they took the 27.5 frame and fitted it with longer and higher rear axle dropouts to fit 29 inch wheel, 29 inch fork, and maybe some modified suspension links to adjust the geometry. This is the original 27.5 inch wheeled prototype: dolekop.com/icon/2018/noid29-fb.jpg