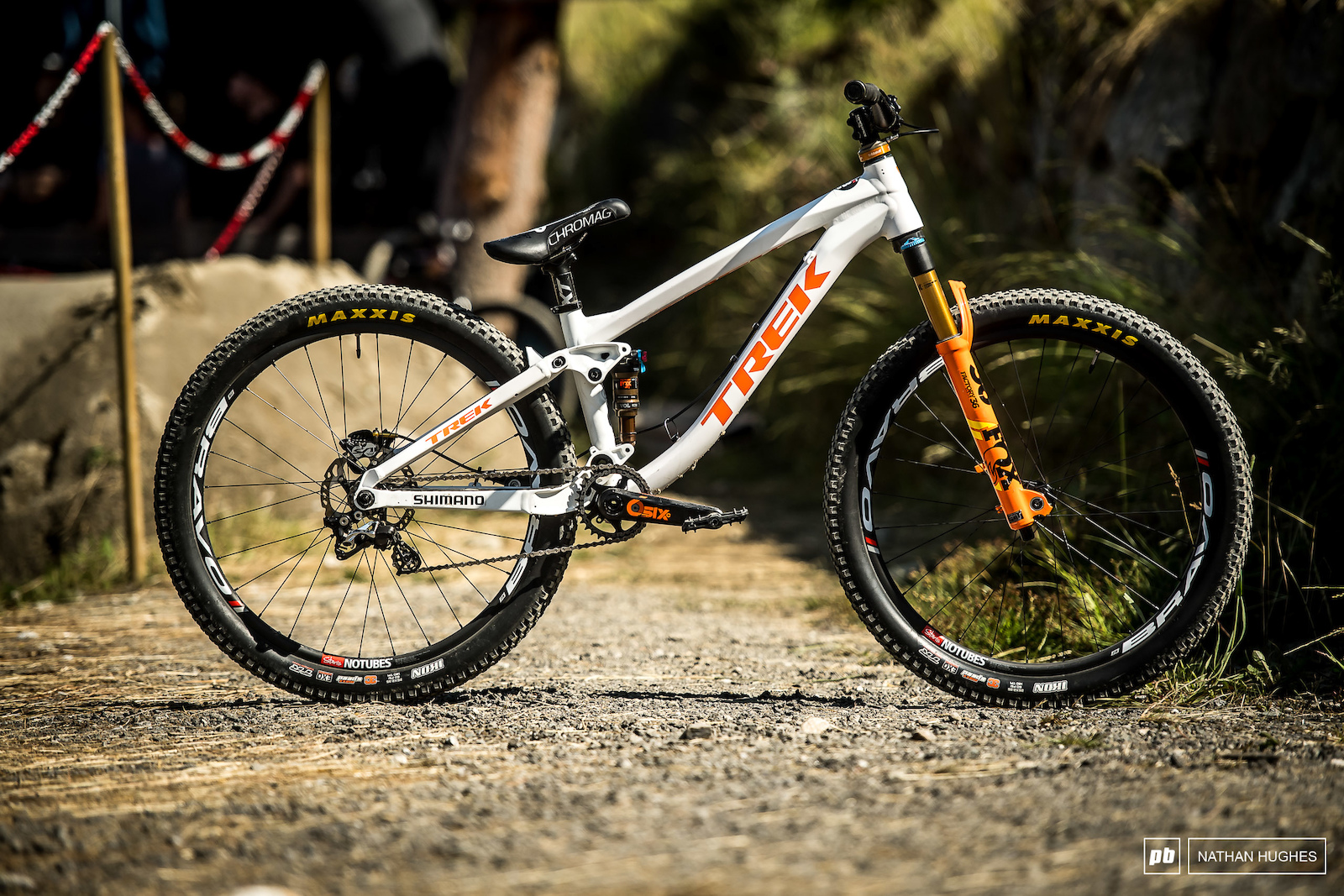 21 year old Reed Boggs has consistently progressed in the FMB standings for the last couple of years. The Cleveland, Ohio, native now lives in Hurricane, Utah, and has shown that he certainly has what it takes to compete with the best in the world in slopestyle and freeride mountain biking. After placing 14th at the first Crankworx round in Rotorua, Boggs is hungry for more as the season progresses.

Sponsored by Trek, Race Face, Shimano, and Fox Suspension, among others, Reed's Ticket S is a dialed machine. With all the air pressure that it can handle, it's set up for taking the heavy abuse that a professional slopestyle bike should. Reed competes in both slopestyle along with speed and style but he runs the same slopestyle set up for both, as it's what he's most comfortable with.

Reed has recently spent a good amount of time at New Hampshire's Highland Mountain Bike Park training in the park and at their indoor facility, using the air bag and foam pit to dial in tricks. 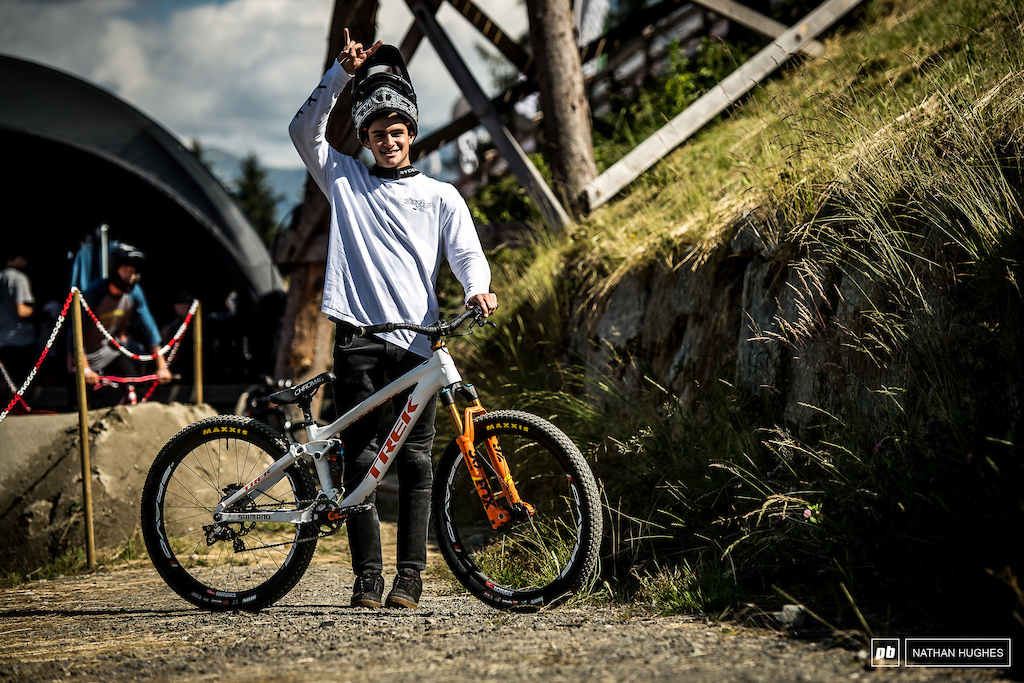 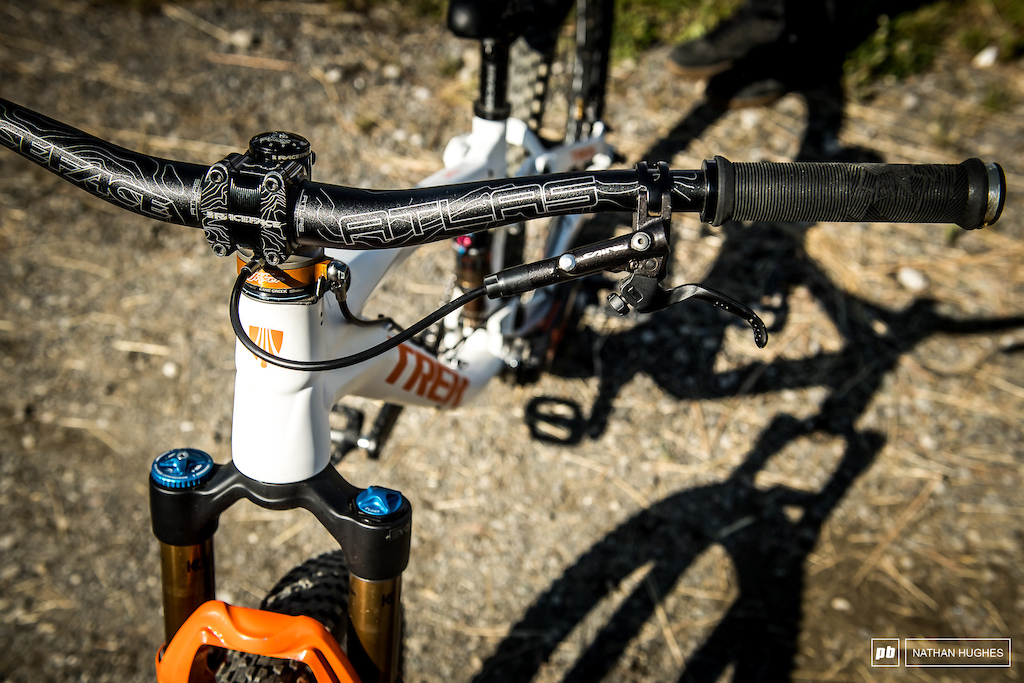 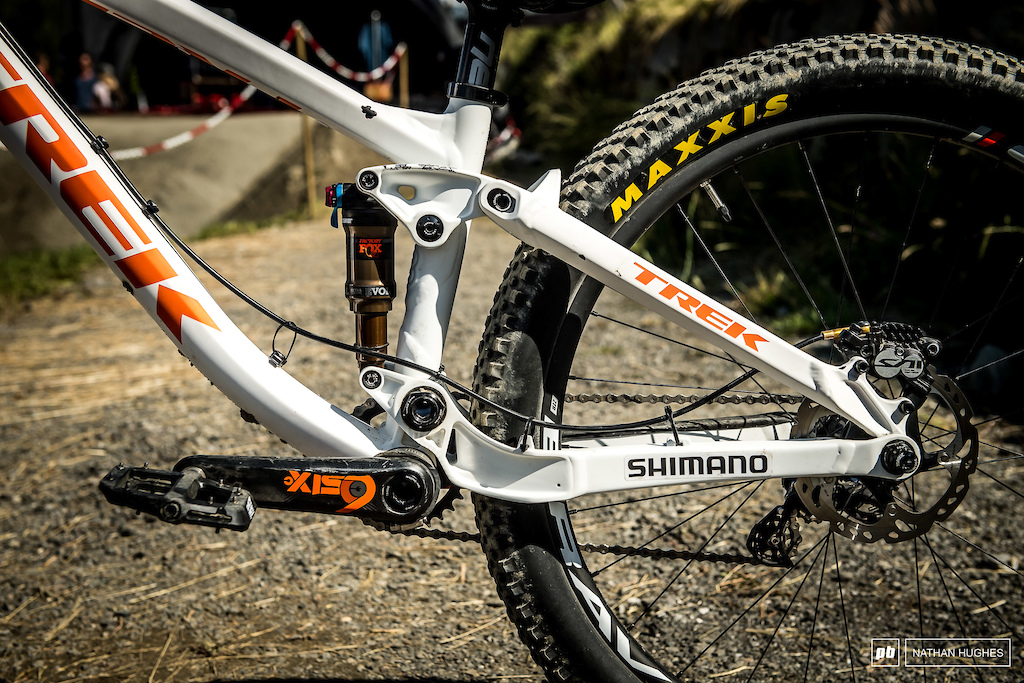 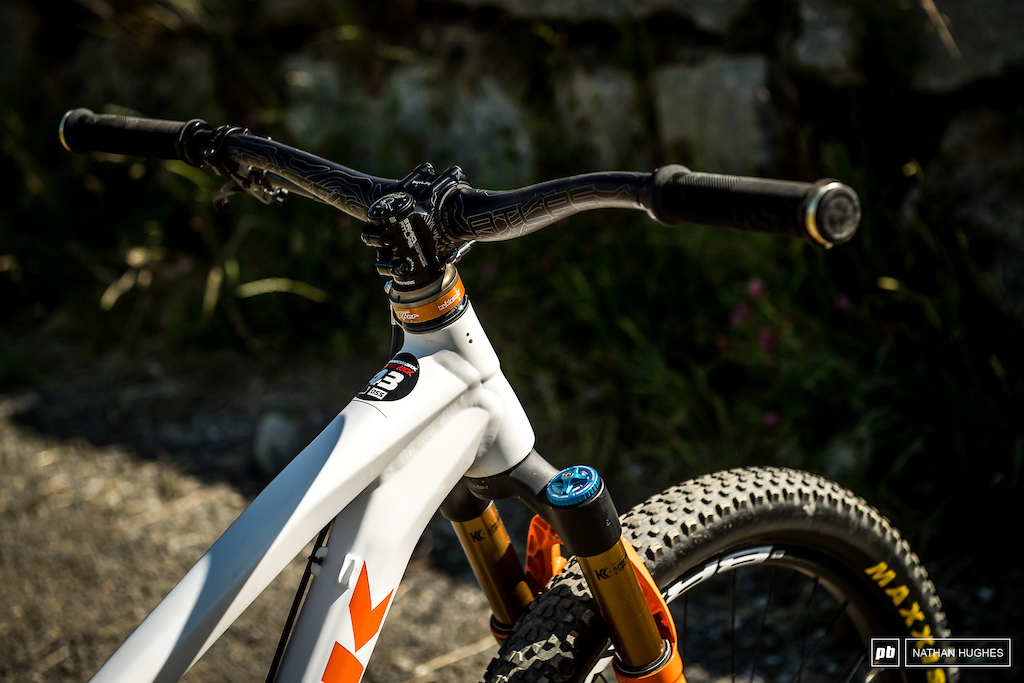 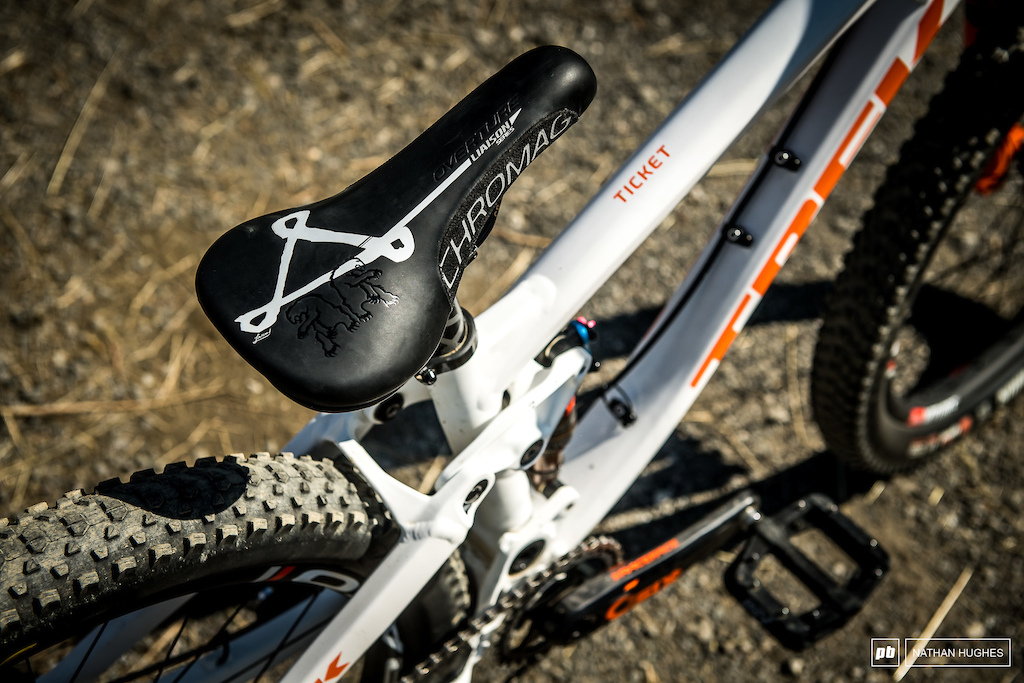 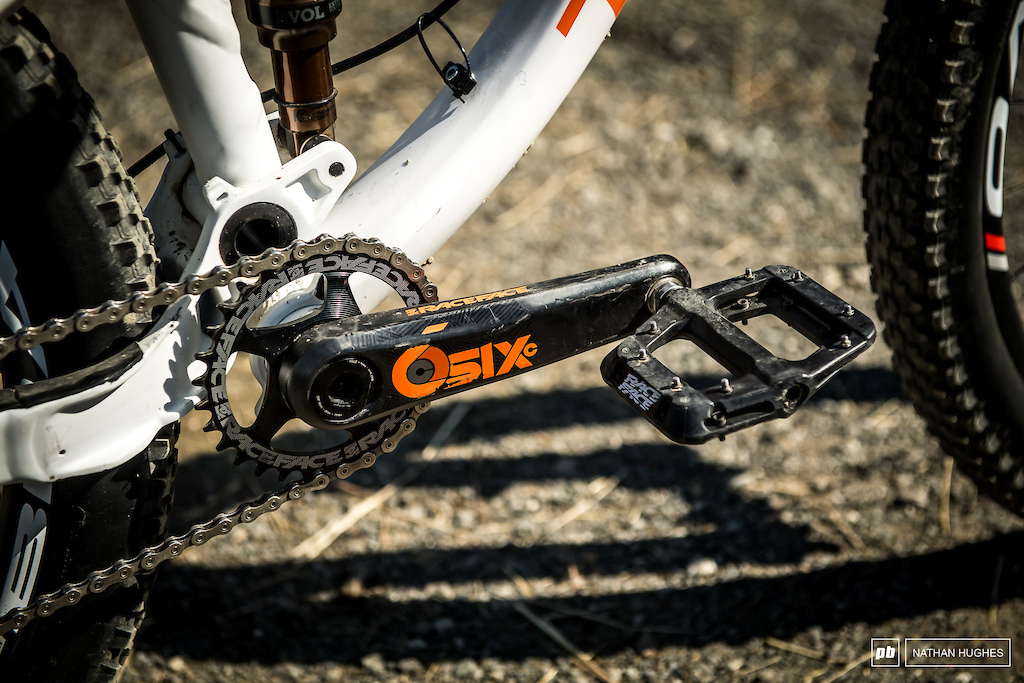 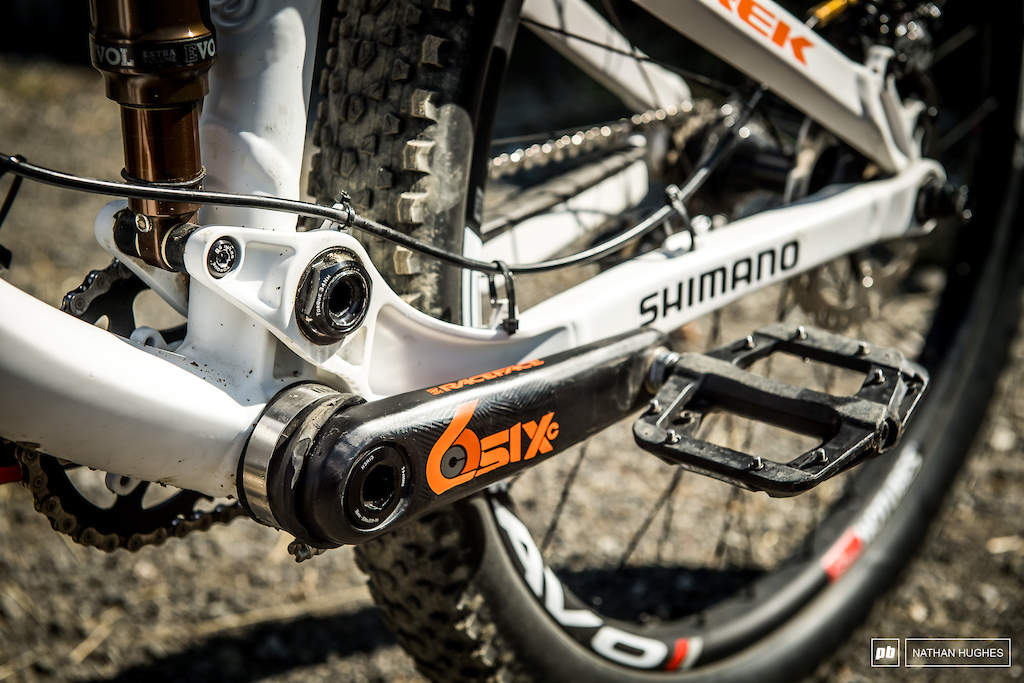 Race Face SixC carbon cranks with a custom crank stopper keep things in place for tail-whips and other tricks. 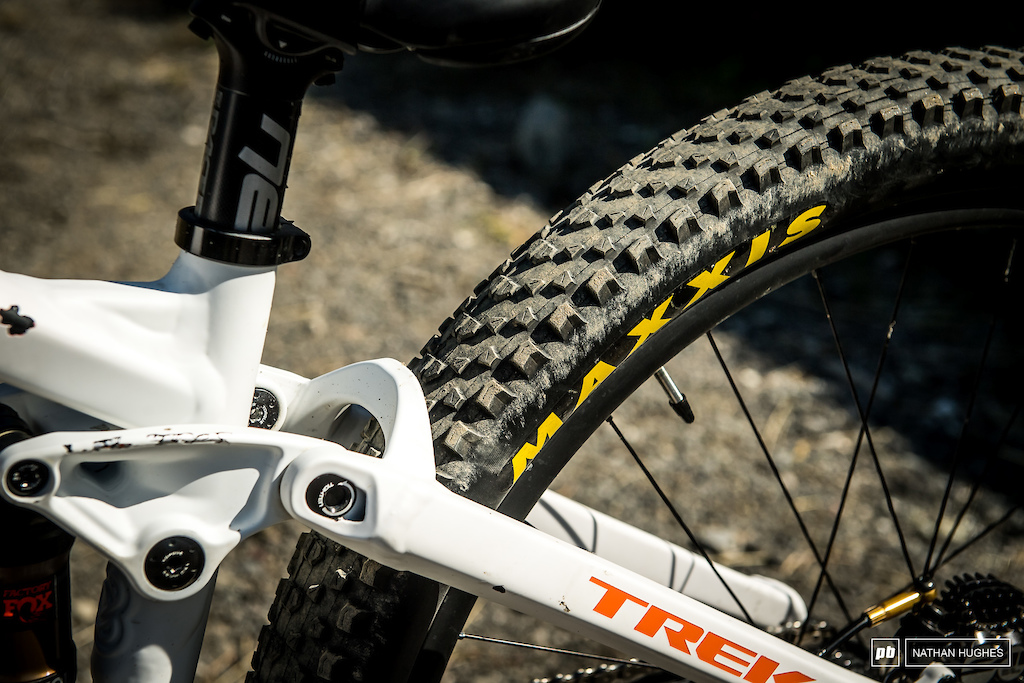 Although Reed runs tubeless on his DH bike, with 50 psi in the tires on his Ticket S, he runs tubes on the Stans "no-tubes" wheels. 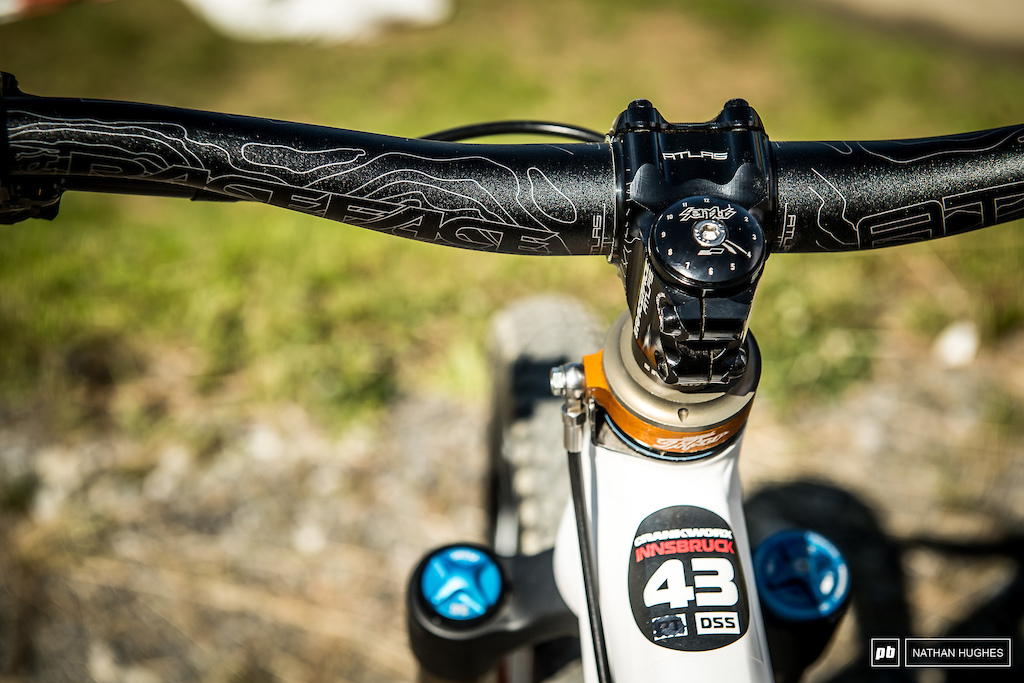 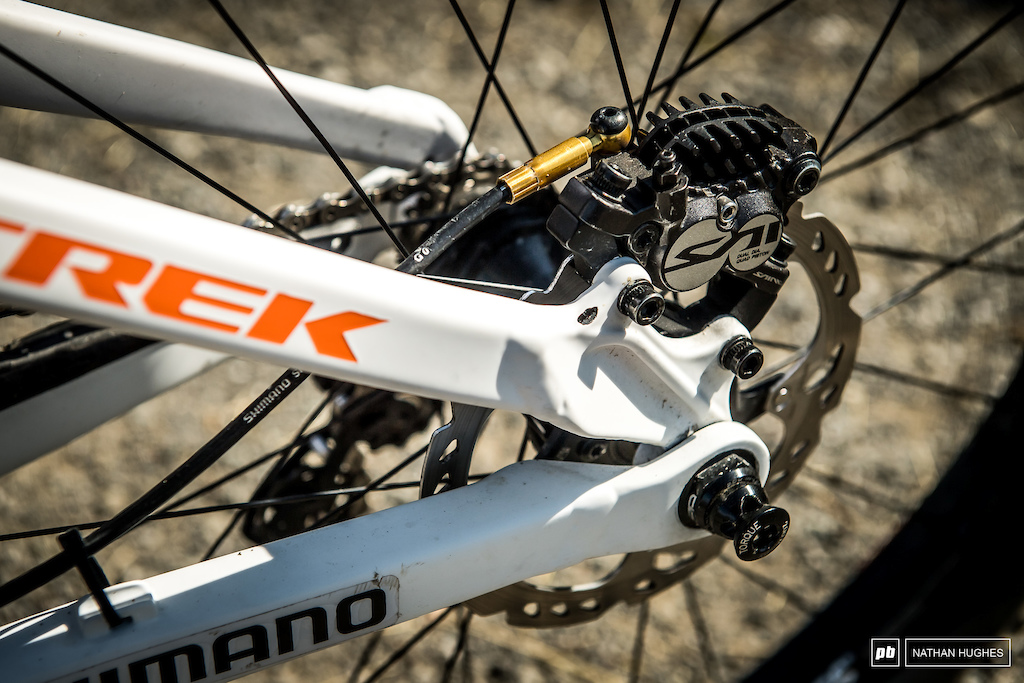 Reed runs his brake lever on the left side of the bars, atypical for an American. It feeds into a Trickstuff's Trixer gyro that he seems pretty stoked on, keeping the Shimano Saint brake feeling like a mountain bike brake, opposed to a cable brake on a BMX system and still allowing for unlimited bar-spins. 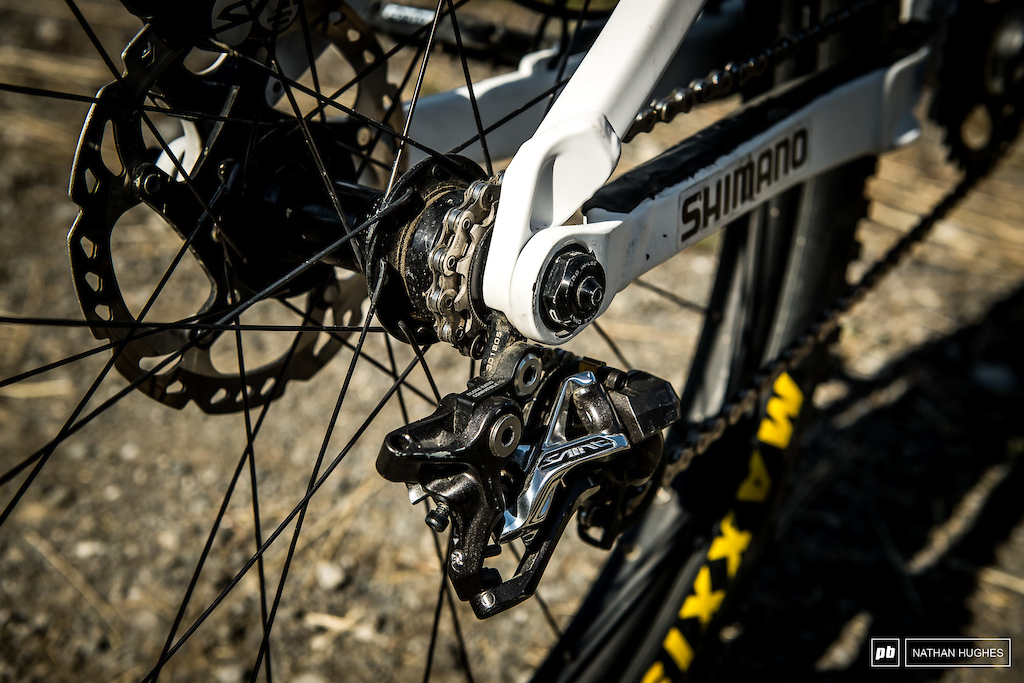 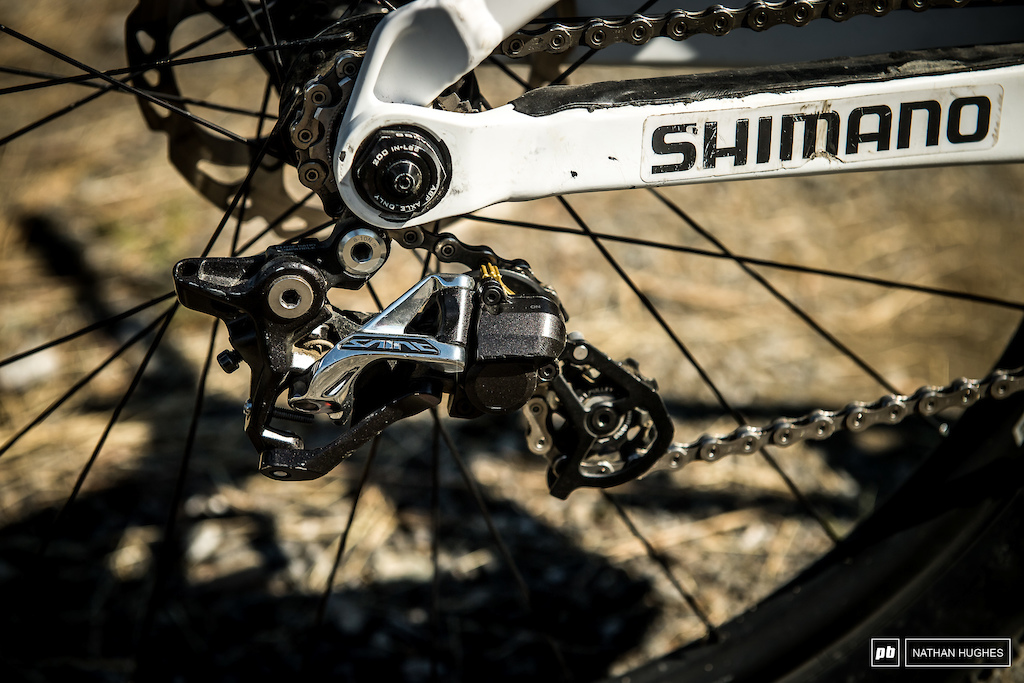 Reed runs his bike as a single-speed but has three gears to choose from, switching it up depending on what the course requires. 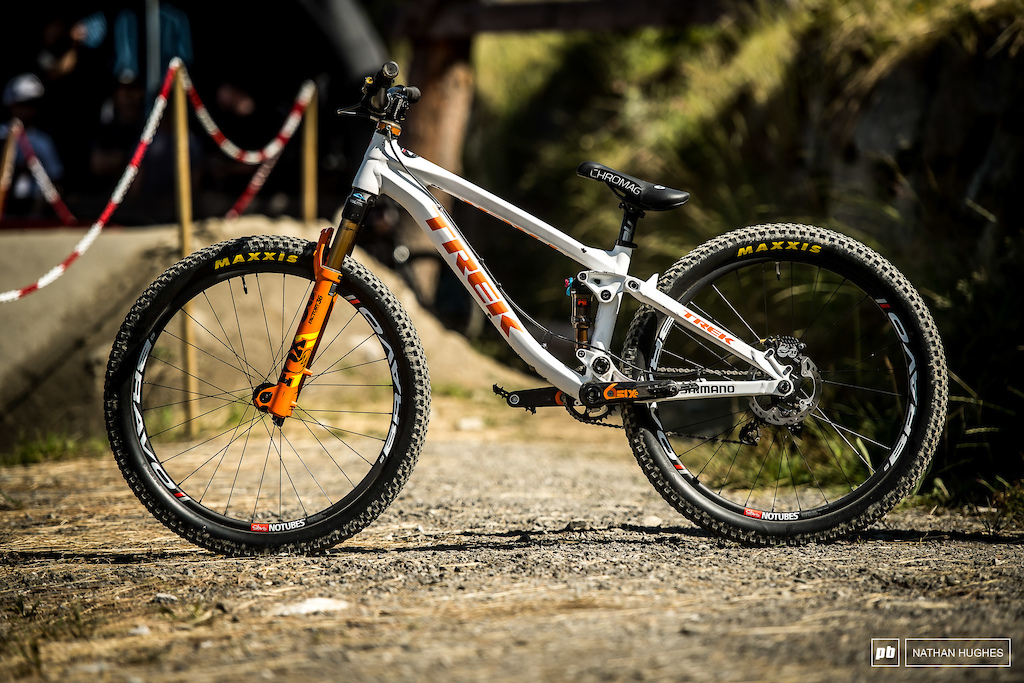 Dialed in and ready to go - we'll see if Reed has the ticket to the podium this weekend.
MENTIONS: @trek / @reedboggs

IllestT (Jun 15, 2018 at 9:14)
@FisherFreerider: why would a bigger volume at the same pressure exert a bigger force?
Am I being stupid? Not much of a science brain, me

millsr4 (Jun 15, 2018 at 15:38)
@IllestT: Volume isn't necessarily correct... tires and rims are designed around their use conditions. Road tires want as little rolling resistance as possible so a hard, smooth tire, with a small contact patch is the best for that application. Road tires and rims are are then designed around higher pressures in order to get those characteristics and vice versa with mountain bike tires.

patrick-marsh (Jun 16, 2018 at 14:01)
If I remember correctly from school; psi is pressure per square inch, so if you increase the square inches ( i.e. wider rim) the overall force on the rim is greater). If a road rim has half the area of a Mtb rim you could run double the pressure in the road rim and the overall force on the rims would be the same.
This also applies in hydraulic brakes. You are creating an amount of pressure on a small area at the lever. The hydraulic fluid travels down the line and then you have the same pressure over the whole piston/pistons, so braking force will = pressure ( created by you) × surface area of pistons. Hence more pistons/ bigger pistons have more power.

millsr4 (Jun 17, 2018 at 8:59)
@patrick-marsh: That general concept is correct the way I understand it but with the wider mountain bike rim you also have more volume per square inch of rim. If all things were equal, ratios of volume to rim width, I would 100% agree but they aren't necessarily and I'm still of the frame of mind that the use conditions and how the rims are designed play a bigger part. In the end what I'm saying is, I think we're both right. ????

onlybirdman (Jun 14, 2018 at 19:07)
Yeah I'm honestly wondering if there is a functional reason for this, or was the mechanic simply trying to make a short hose work.

coadymacmillan (Jun 14, 2018 at 20:25)
@onlybirdman: Id say too short, I've seen it done similar to this when a mech rear brake is used to keep sharp curves to a min to let the cable slide better

Fliberico (Jun 15, 2018 at 9:28)
This way it won't get a sharp end angle for the brakehose and will perform much better with less hassle for a longer period of time. I've seen it in a couple others setups.

... oh never mind, I’ll see myself out.
Below threshold threads are hidden