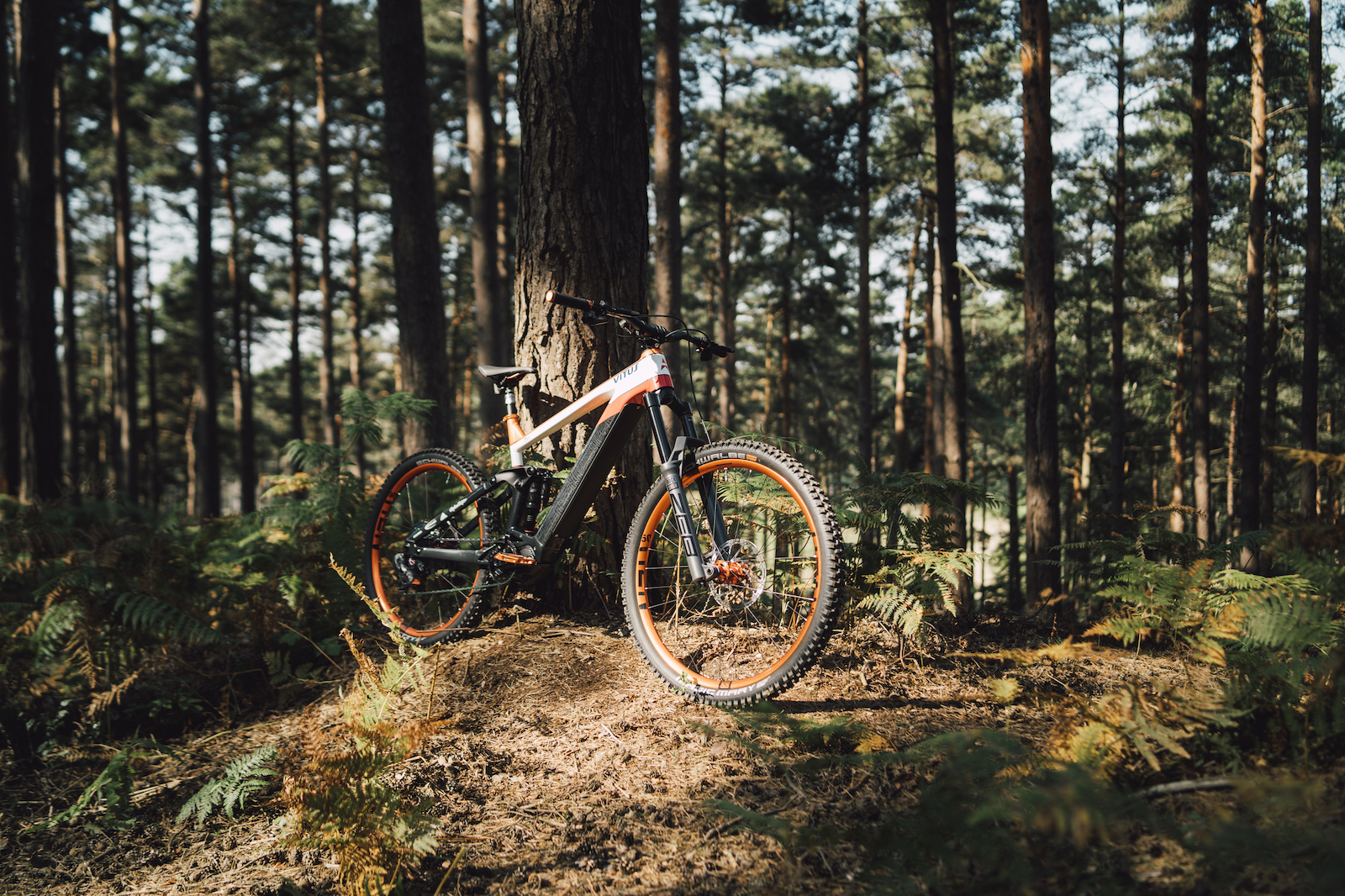 BIKE CHECK
Rob Warner's
Vitus eSommet
Photography by Gee Milner
Rob Warner recently notched up a big birthday and, to help him celebrate, Vitus custom painted him one of its new eSommet bikes. Painted by Fat Creations, the bike combines the Repsol Honda livery of one of Rob's heroes, Toni Bou, with some of Rob's own greatest quotes from his time in the World Cup commentary booth.

Toni Bou is the most successful moto trials rider in history with 13 indoor and 13 outdoor World titles, all earned in a row from 2007 to 2019. He has spent that entire time riding for the Montesa Honda team, and the orange and white livery is now inseparable from him as a rider. The livery is painted onto a 167mm, mullet eMTB that comes complete with the new Shimano EP8 motor.

Rob is a convert to motorized riding and recently called eMTBs, "The greatest thing to happen to mountain biking, since mountain biking." We're sure he'll feel even more at home on them now he's got this custom model to razz around on. 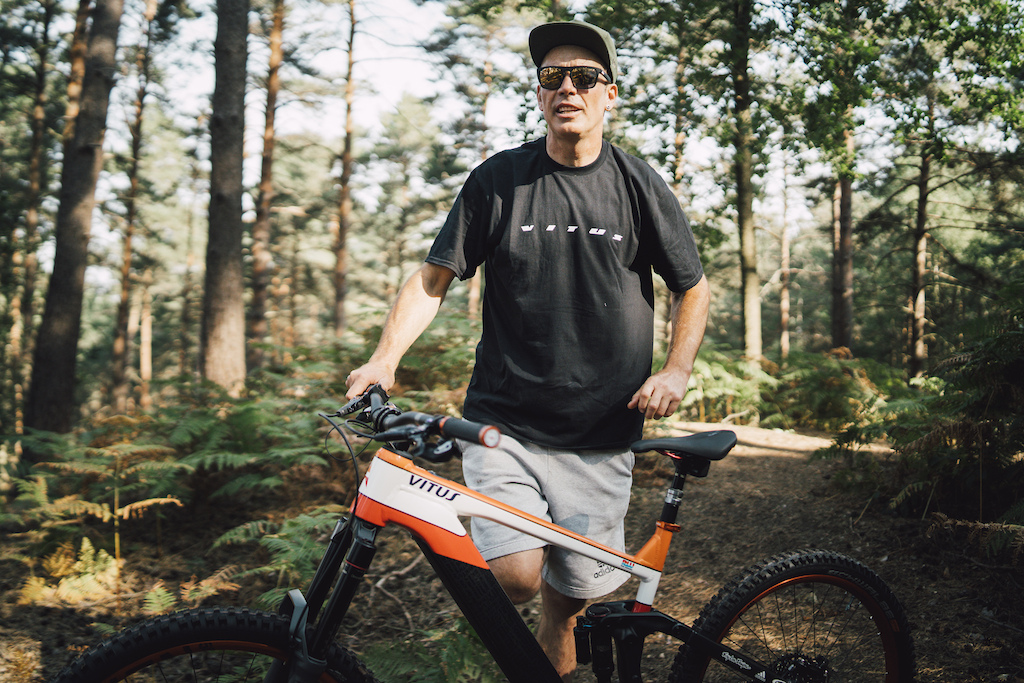 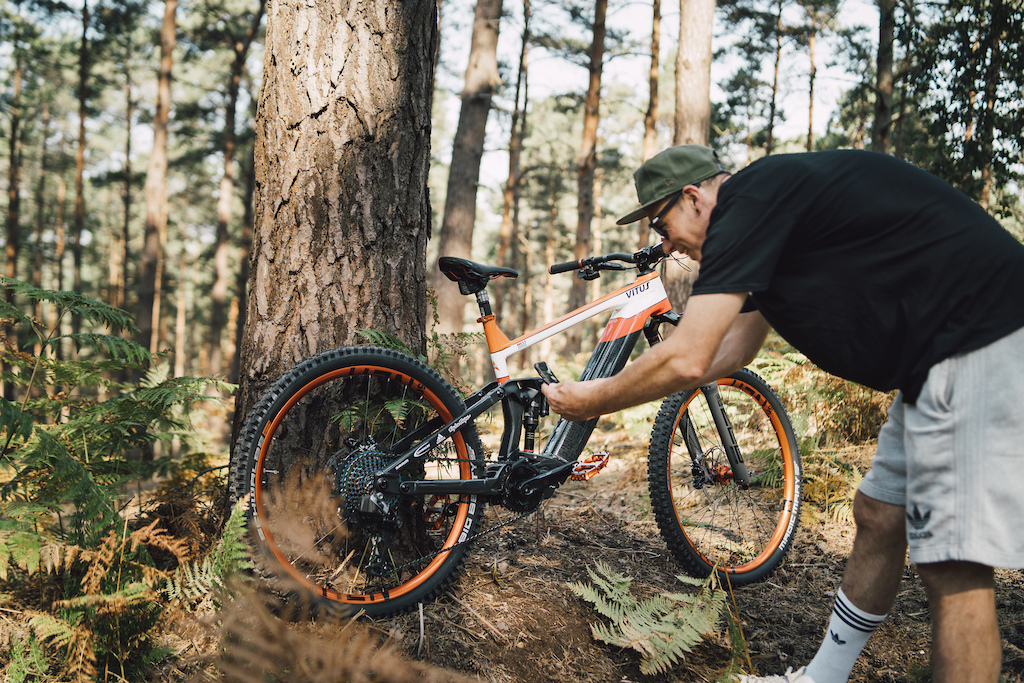 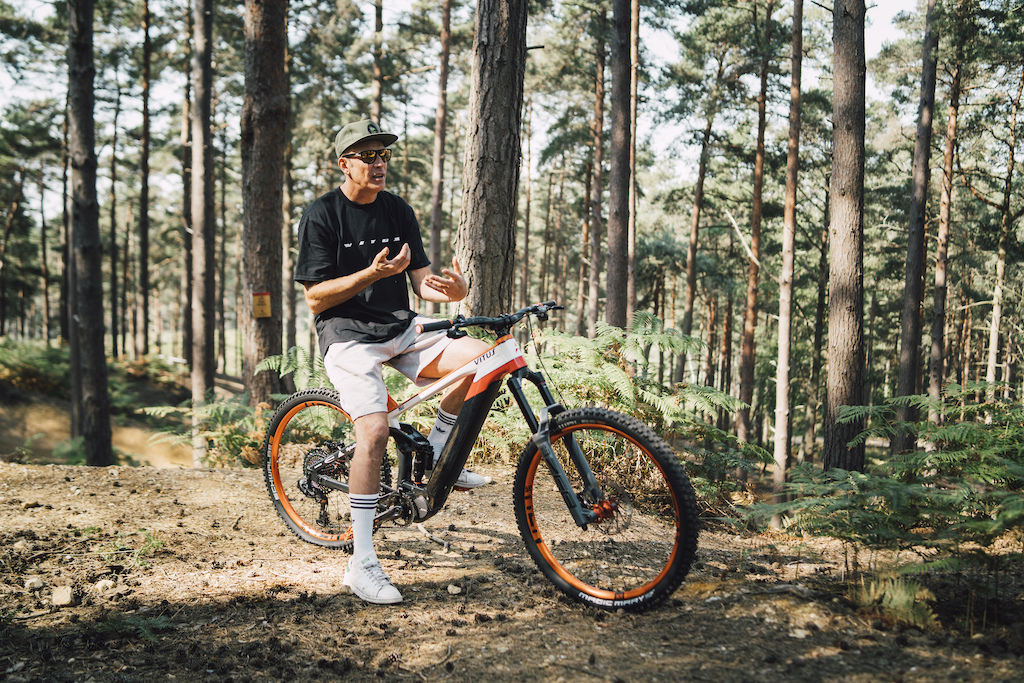 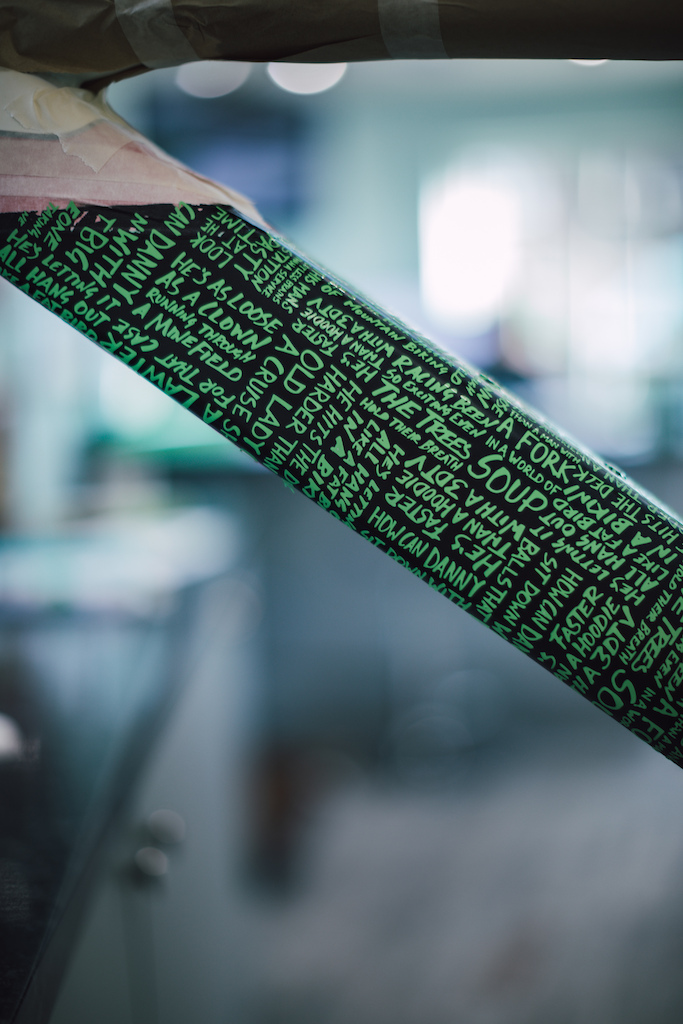 Getting the quotes painted into the design took an unholy amount of taping and stencils. 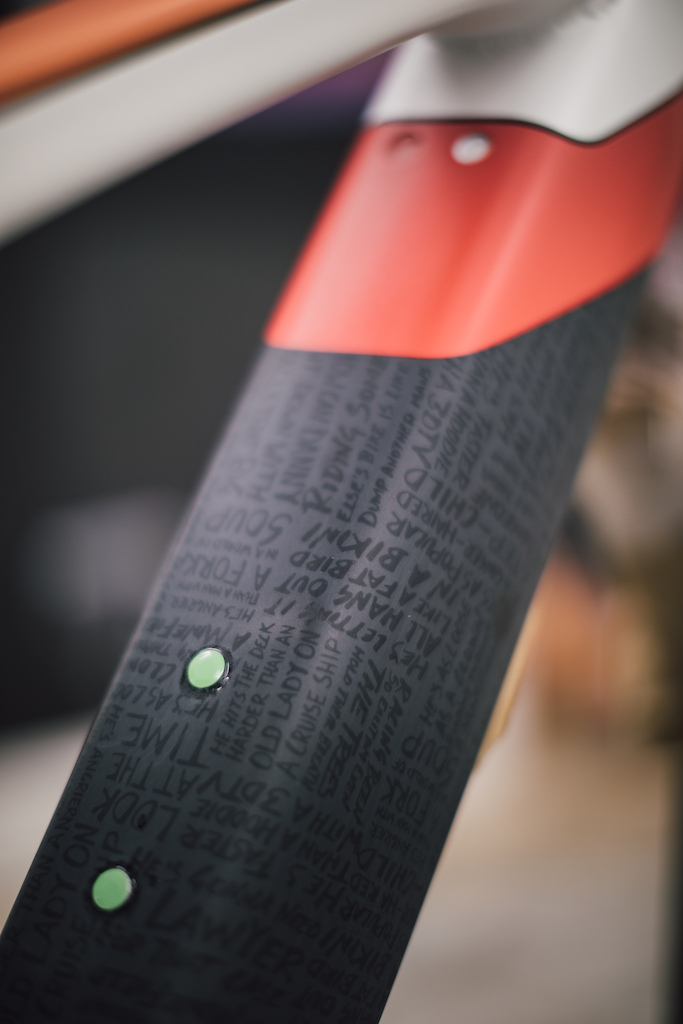 Some of the less PC (Freecaster) quotes are a bit harder to find on this bike. 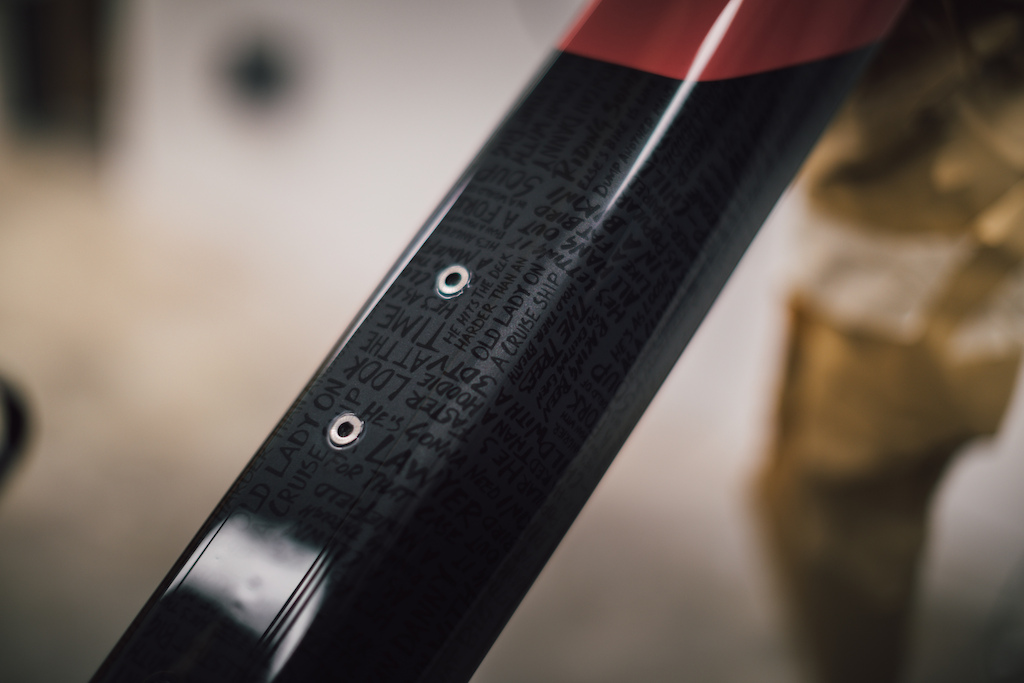 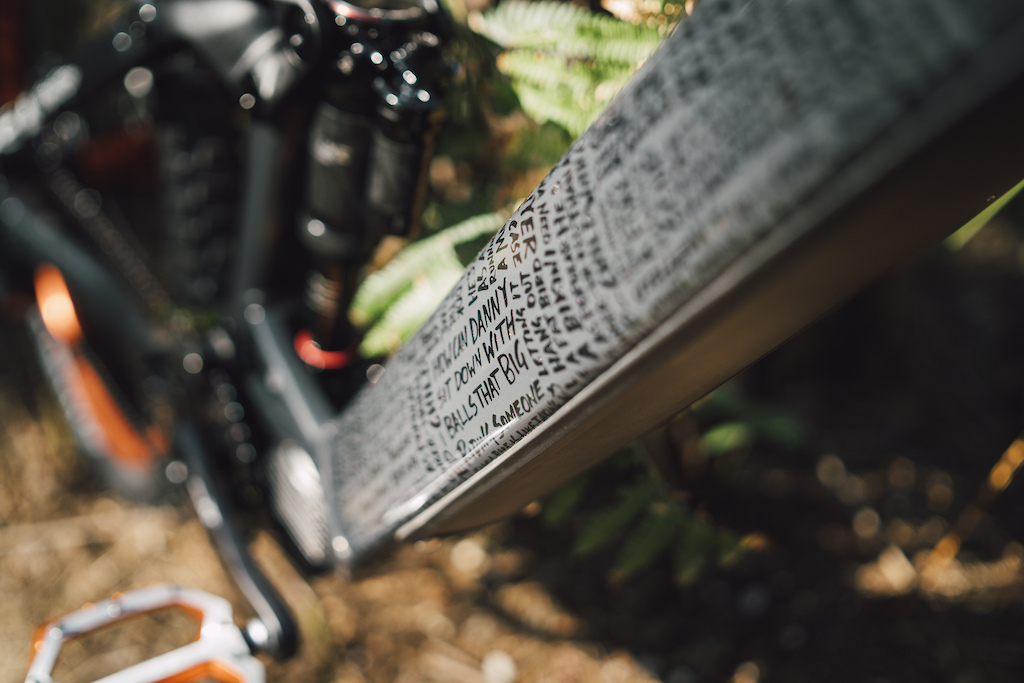 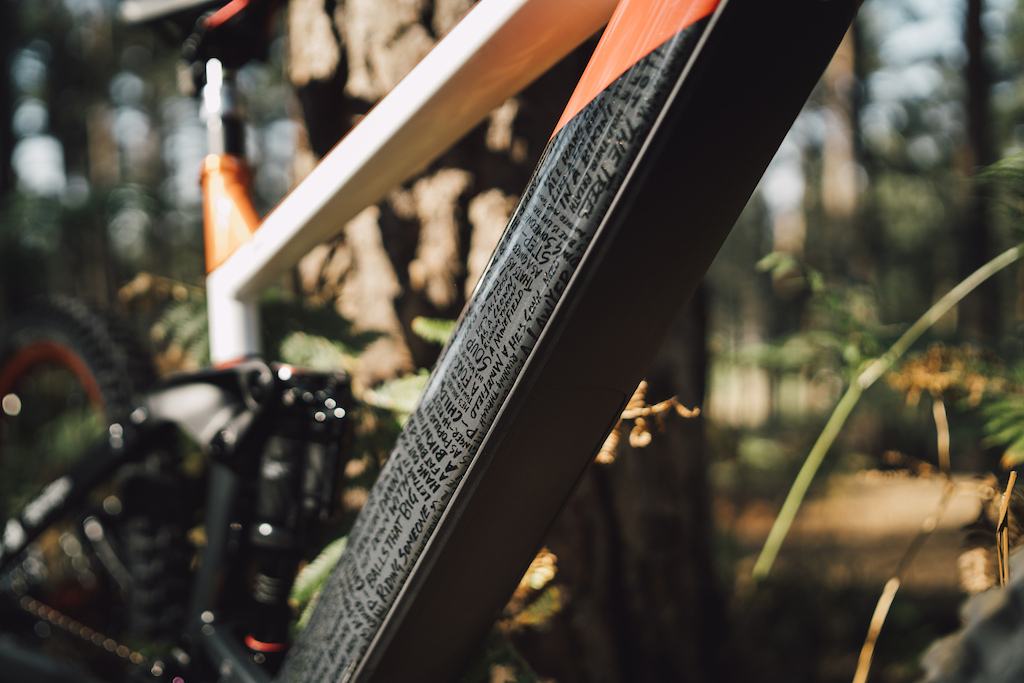 It couldn't be a Rob Warner bike without his most-famous Danny Hart inspired line. 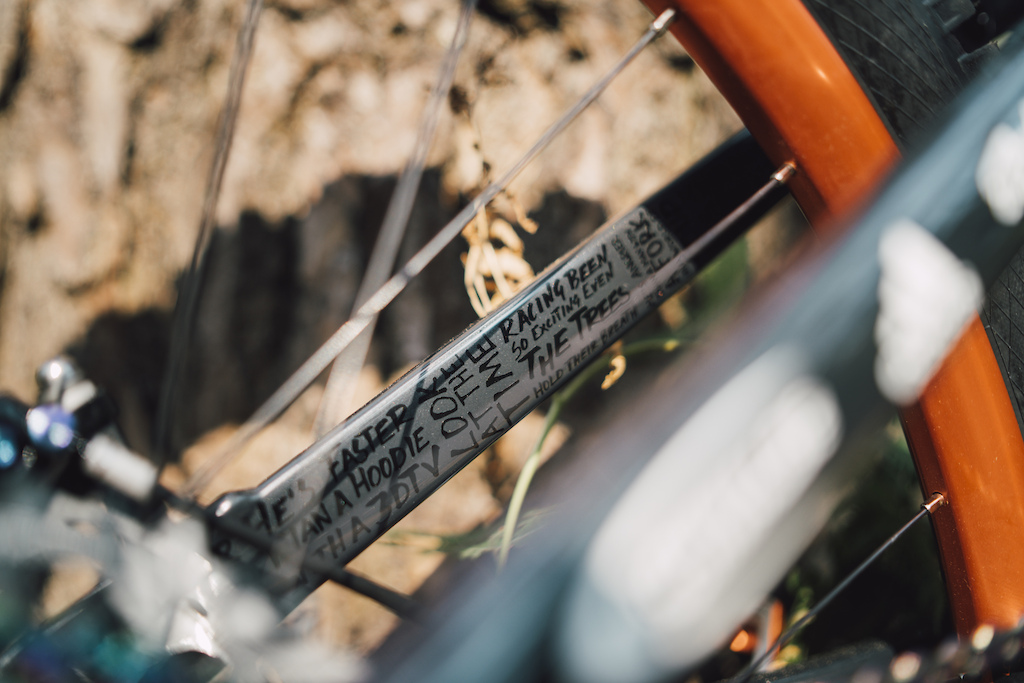 The seat stays got the same treatment as the main triangle and also included some famous Warner-isms. 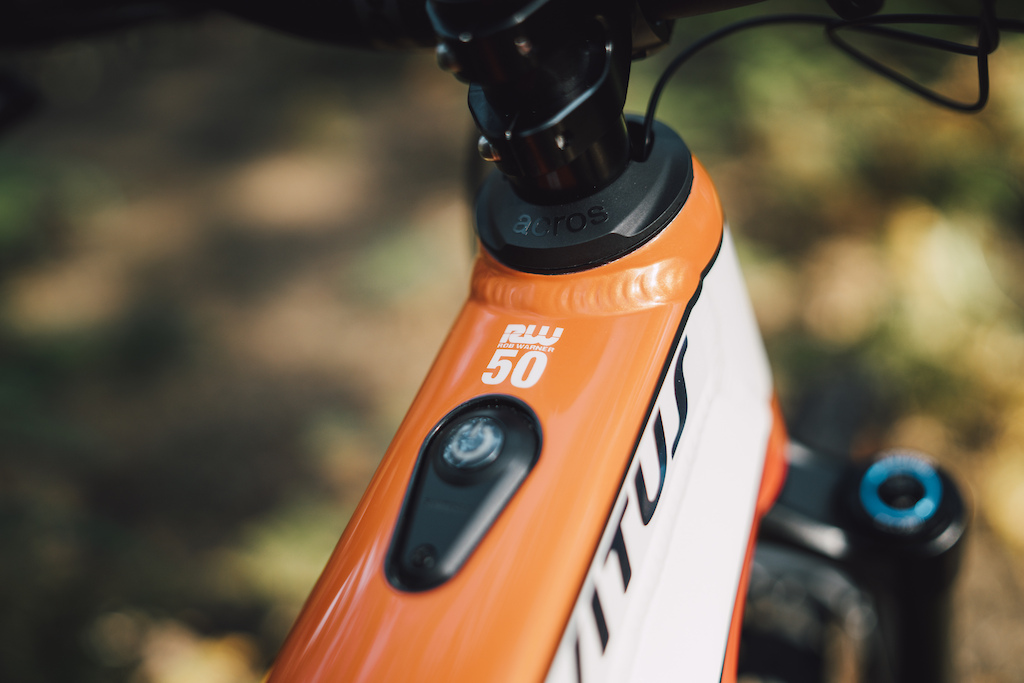 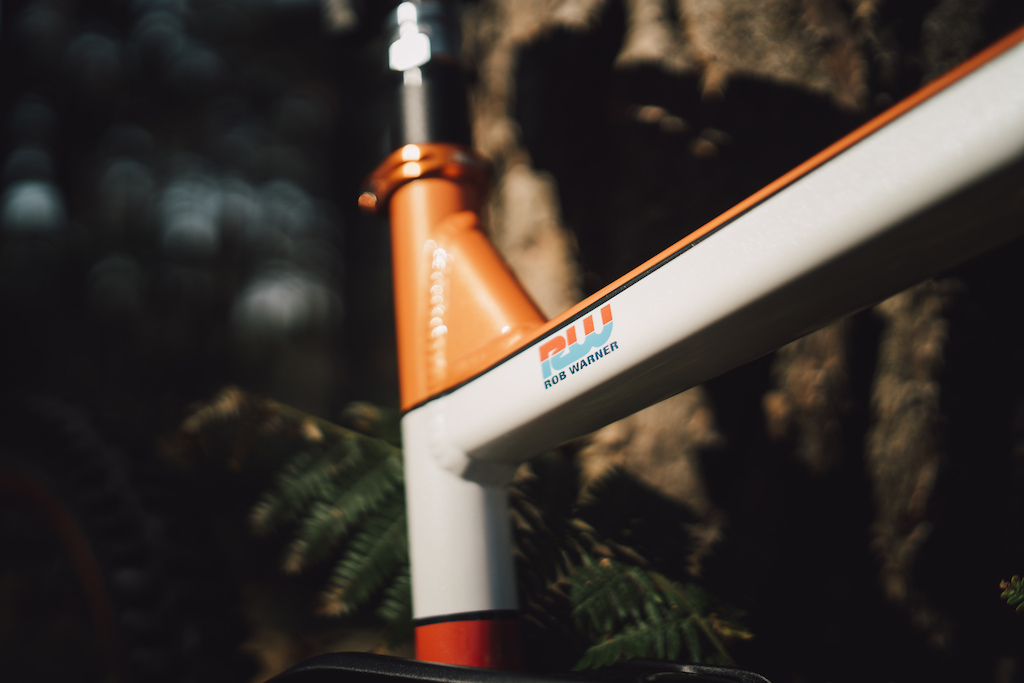 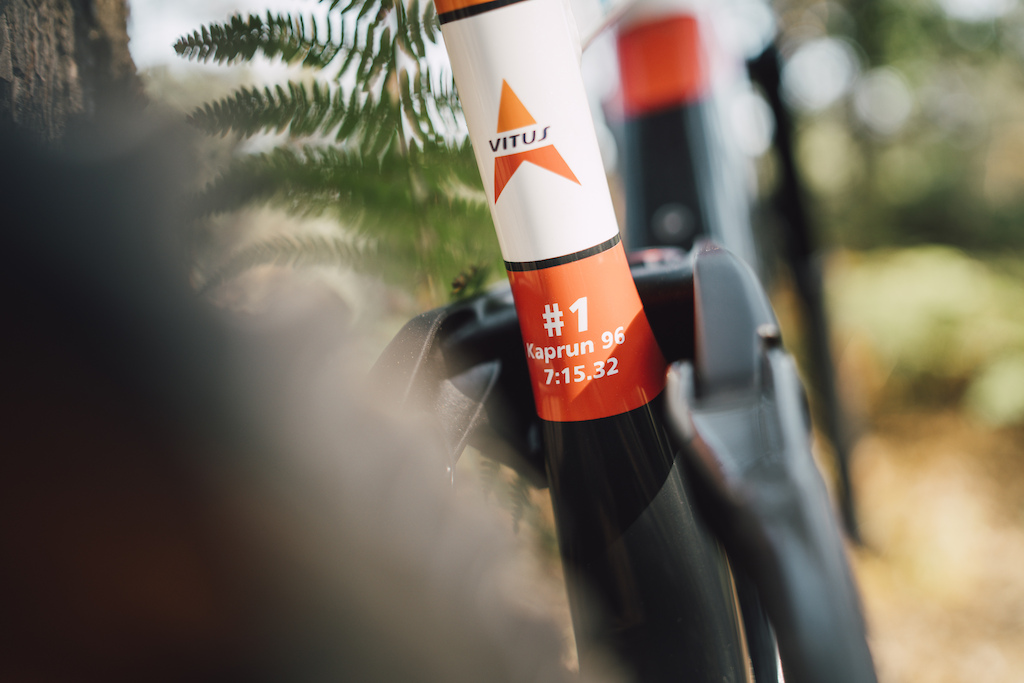 Fat Creations also included some other details, including a reference to Warner's World Cup win, the first-ever for a British rider, and Warner's name in the Repsol font, which he called "the most factory thing that's ever happened" to him. 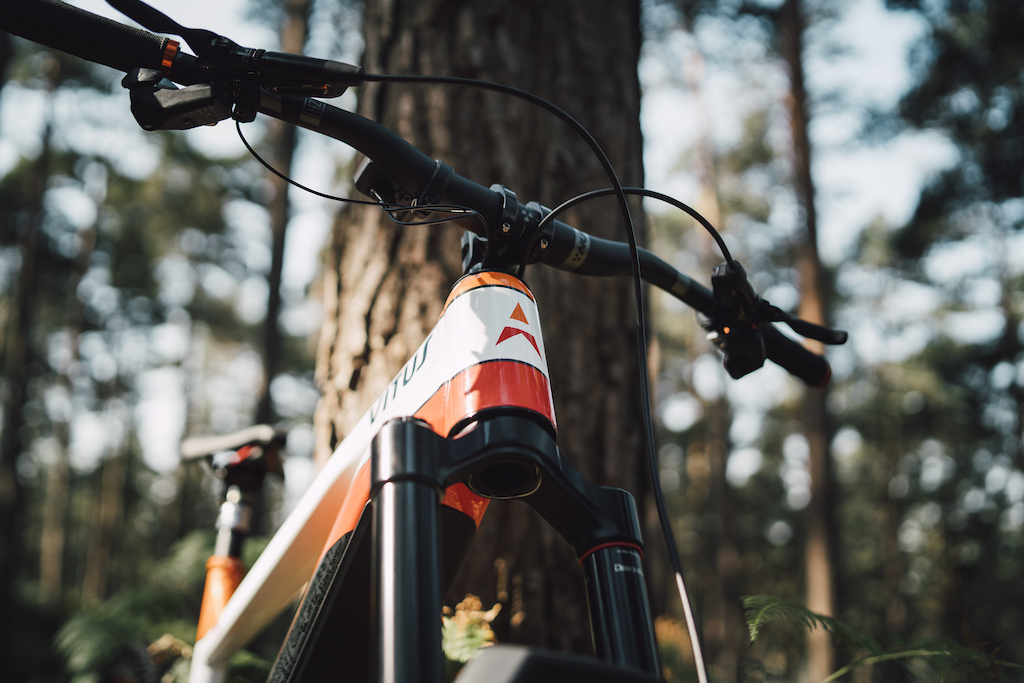 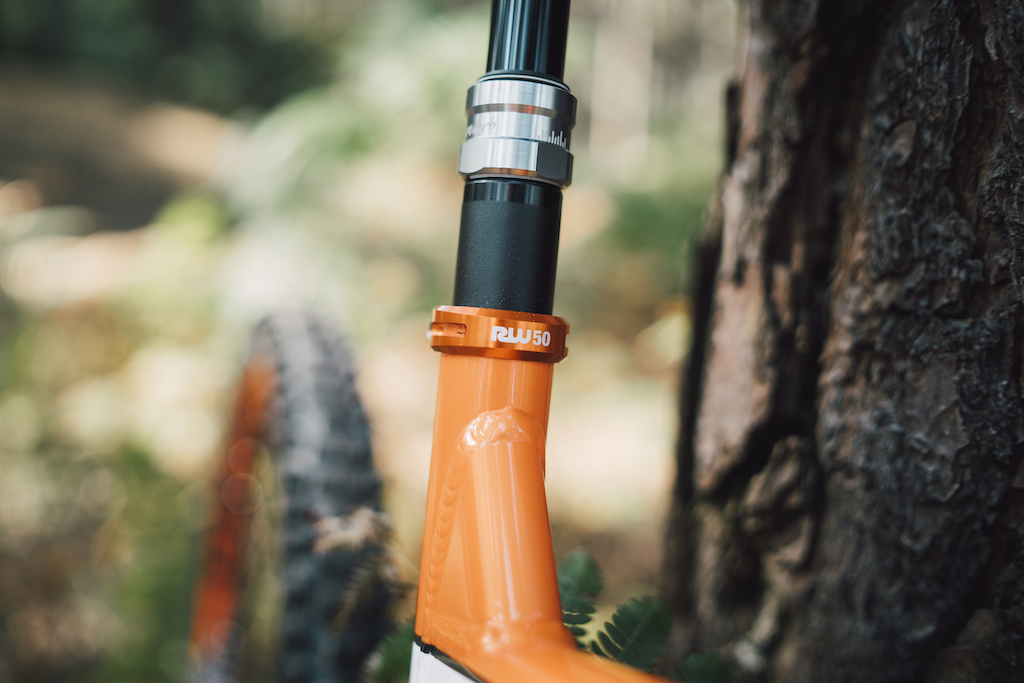 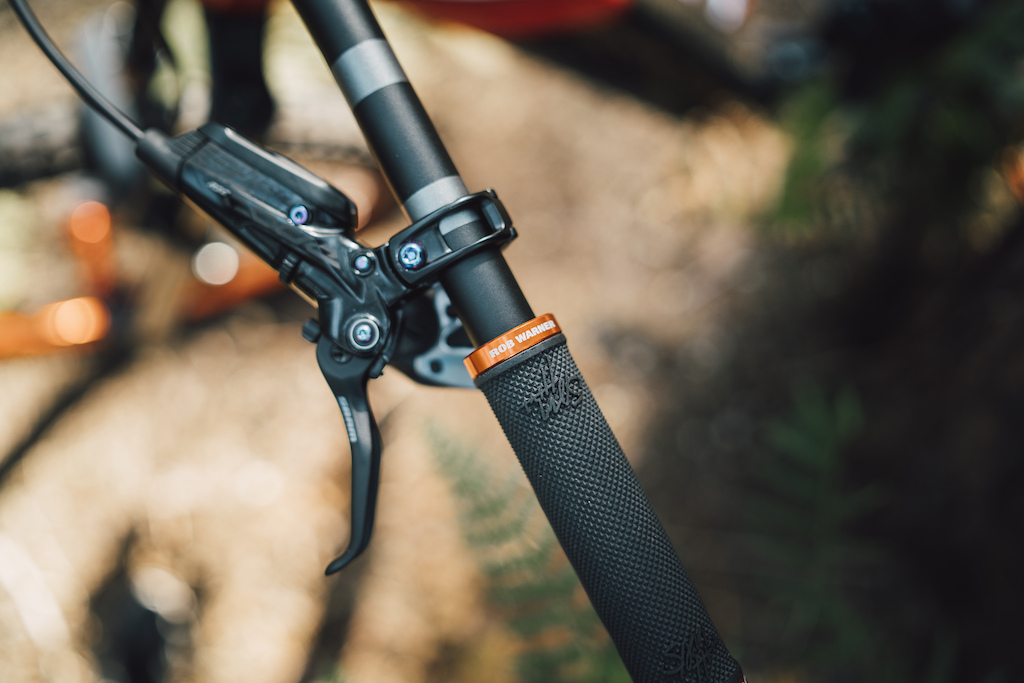 Nukeproof is a brand with close ties to Vitus and Chain Reaction Cycles so it was also able to provide some personalised finishing kit for Warner's build. 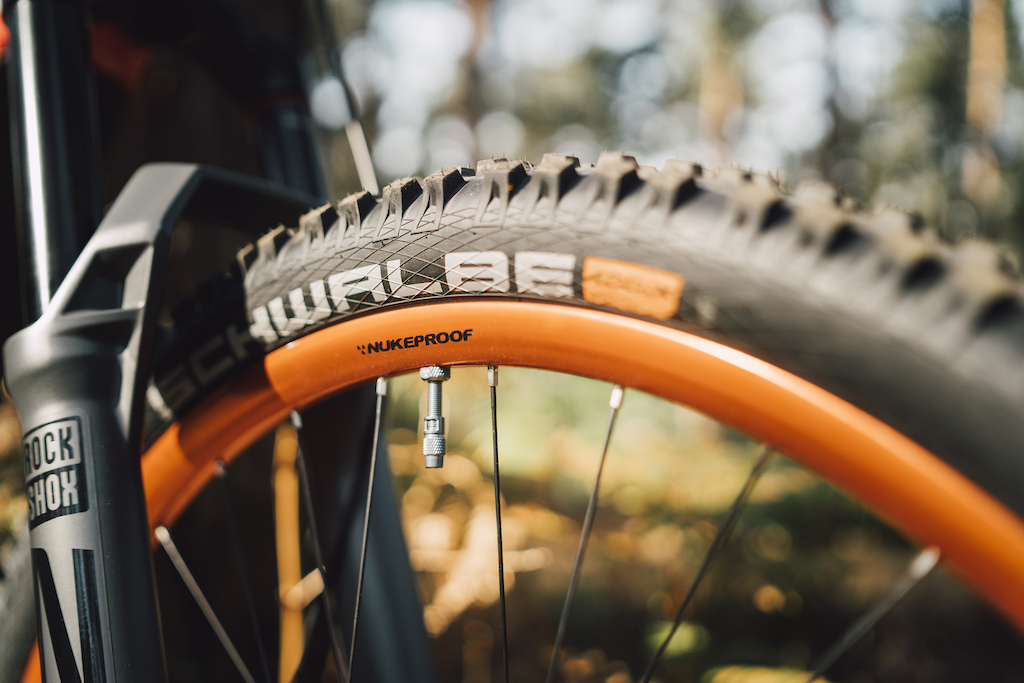 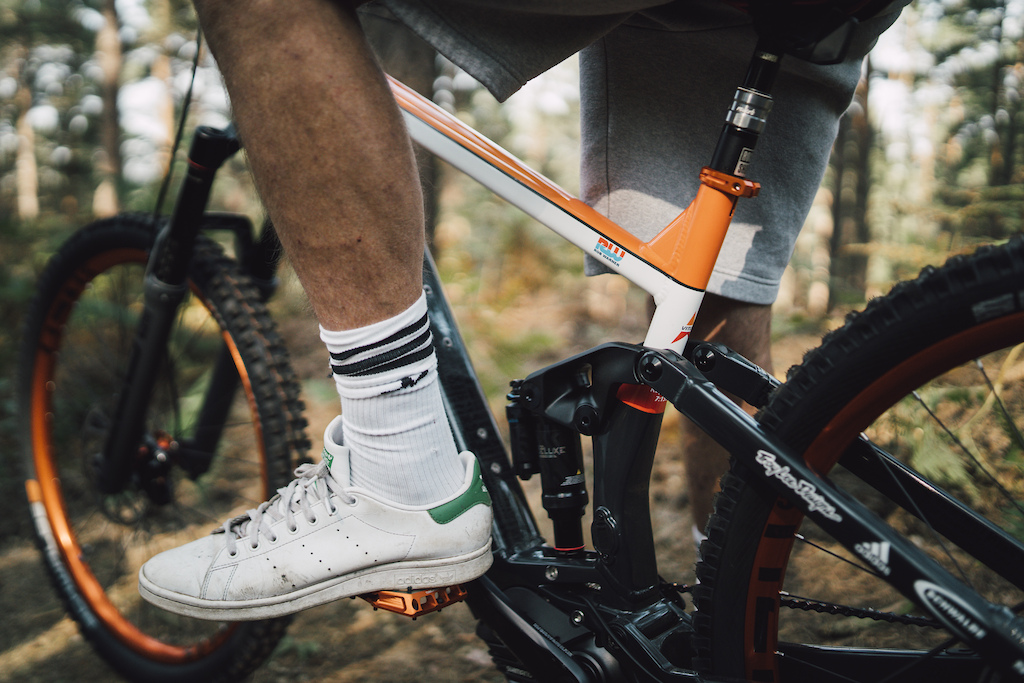 Warner ready for a test ride in the Stan Smiths.
Watch the bike being built, here.

Nygaard (Nov 20, 2020 at 8:46)
I am genuinely thankful for people like Rob Warner, who still has the balls to say something completely outrageous, just for shits and giggles.

jgainey (Nov 20, 2020 at 9:47)
@nathonzel: Some fun comments, then you come on here name calling like a 12 year old bully that wasn't witty enough for a proper comeback.

Where do we find the complete list of quotes?

I feel like just a sticker/decal pack with those alone would be something people would buy.

friendlyfoe (Nov 19, 2020 at 21:06)
Thought it was pretty hilarious troll bait to paint an e-bike with a motorcycle theme

bombdabass (Nov 20, 2020 at 1:28)
Someone really needs to produce a coffee table book of his quotes. Maybe misspentsummers could do one based around the greatest hits of the world cup.

Patrick9-32 (Nov 20, 2020 at 2:16)
Quotes matched with some of the amazing photography from the runs the quotes relate to would be great. Maybe partnering with one of the photographers who has been on the circuit for as long as Warner would be the move?

"Oh he hits the deck harder than a pensioner on a cruise ship!"

wingguy (Nov 20, 2020 at 2:19)
Steve Peat has done more for mountain biking than Osama Bin Laden has done for terrorism!

Wouldn't get away with that now, and i know the sport has matured but I miss the old Rob

Stay loose grasshopper. Be the clown.

wingguy (Nov 20, 2020 at 11:24)
@Trudeez: If only someone had written it down somewhere like on a bike frame, then put the photos up on an MTB website so everyone could easily check.

matadorCE (Nov 19, 2020 at 14:51)
An e-bike that actually looks good. BTW why does Warner seem to change bike brands more than he changes beard color tint? I thought he'd fit in well at Commencal, then YT seemed like the perfect brand for him, and now on Vitus. What's next?

styriabeef (Nov 19, 2020 at 23:07)
That´s just what you´re brain ist telling yourself because you suddenly shift you´re negative bias on ebikes to "hmmm, if warner rides an ebike then...".
Matter of fact it looks like any other ebike out there as they all look the same with the odd exception (Focus, NS-bikes, Lapierre)
It´s ok - go out buy one and have fun. That´s what it´s about.

Intense4life (Nov 22, 2020 at 6:43)
2005 Albuquerque NM. Angle Fire. Start gate rider call guy. Warner..... Warner.....Warner.... Rob misses his go and is DQed. Then has a huge blow out right before my run with the guy.. I started laughing and it calmed my nerves as much as possible in the gate of a WC. Sorry Rob. But thanks. I’m right behind you bro. Can’t beat the clock. Happy birthday

Check out this old video. Looks like he’s on a kids’ bike.

vinay (Nov 19, 2020 at 14:49)
@Samuel-L-Jackson: No worries, I don't suspect everyone to read every single quote real closely. Though it is actually fun to try

unrooted (Nov 19, 2020 at 15:20) (Below Threshold)
Can someone please explain why Wanker is a slur? Do British men not wank? Maybe they don’t have to because their women are so ugly it’s never too hard to get laid???