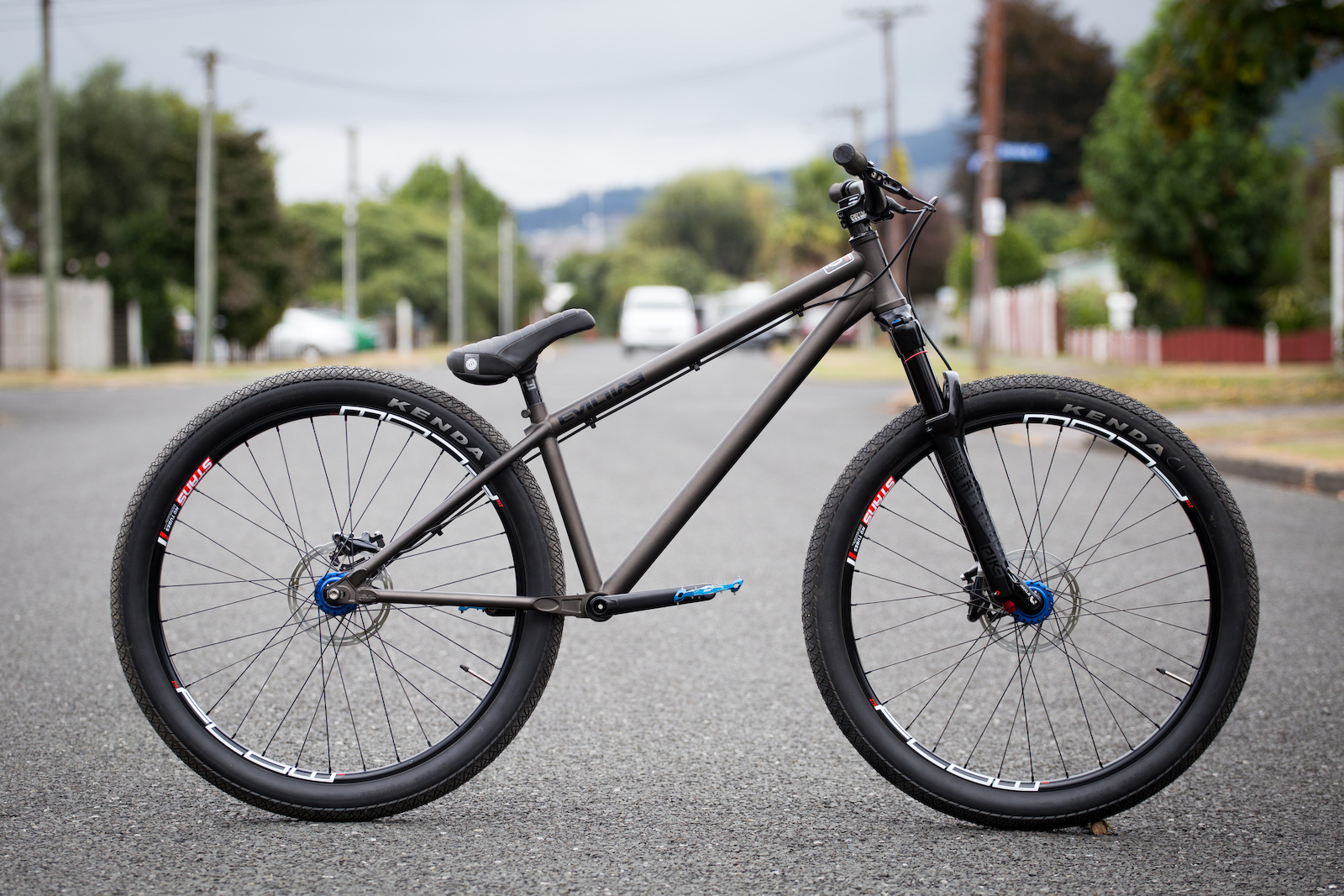 BIKE CHECK
From The
Pumptrack
Photography by Andy Vathis
The "Pumptrack Challenge" started off several years back and is now a staple event with tight head-to-head racing and a huge crowd at each stop of Crankworx. Historically, the bikes that riders have used for the competition have simply been their slalom or dirt jump bikes sans-chain. This is still largely the case with many competitors such as Kialani Hines, whose bike is one of the two below, but a few riders, such as Bubba Warren and Kyle Strait have built up bikes made specifically for competing on the pumptrack.

It only makes sense as it's a tight competition with not only a podium spot but also money and points towards the King or Queen of Crankworx on the line. While Bubba's bike is very purpose built, Kialani's is still aimed at the event while also being a bit more versatile and able to have a chain thrown back on to pedal.

Check out Bubba and Kialani's bikes below. 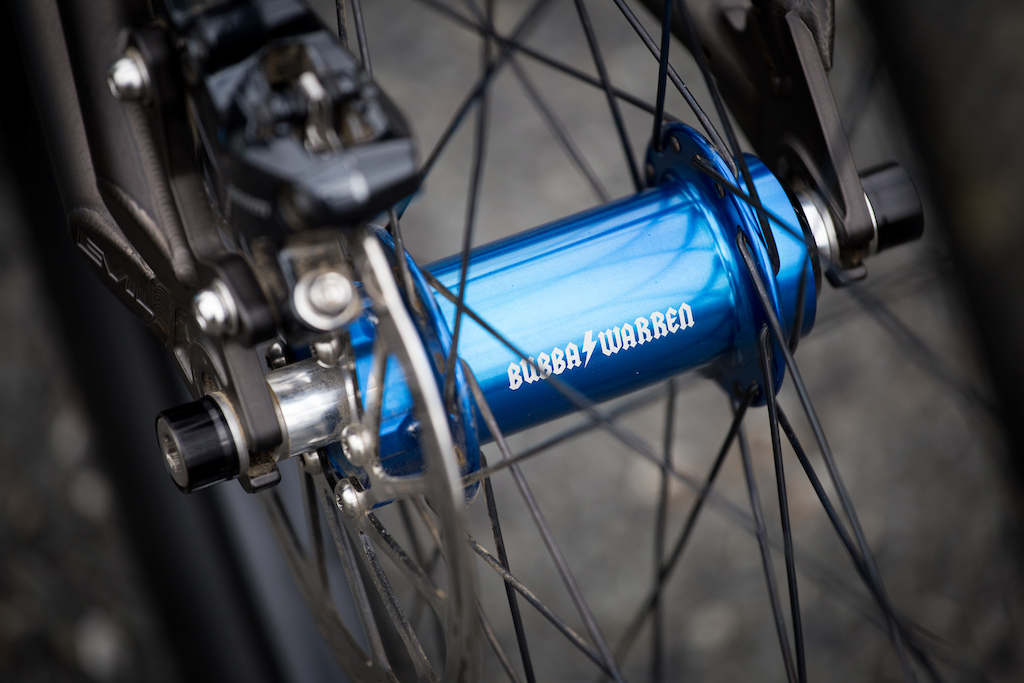 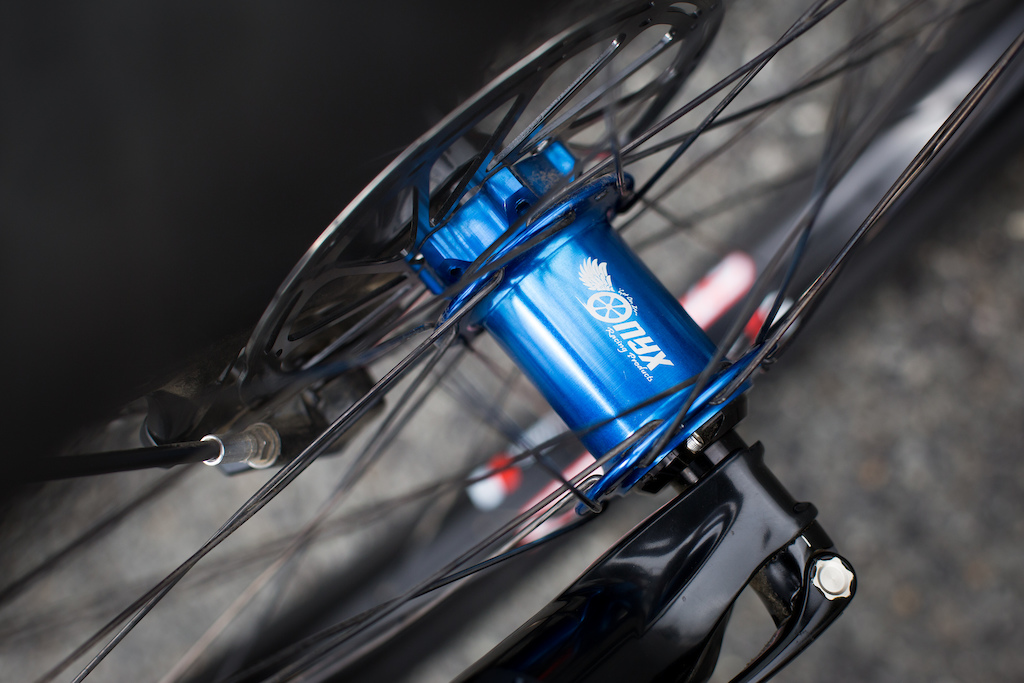 One of the things that really sets Bubba's Evil Faction apart is the hubs. Bubba and Daniel from Onyx decided that it made sense to have a hub just for pumptrack. They designed an axle to go through a front hub that fit the 135mm rear end. This allowed them to lose the chain, cassette, chainring and strip the bike down to the bare minimum. The hubs have ceramic bearings which help them roll a bit faster than a standard hub. 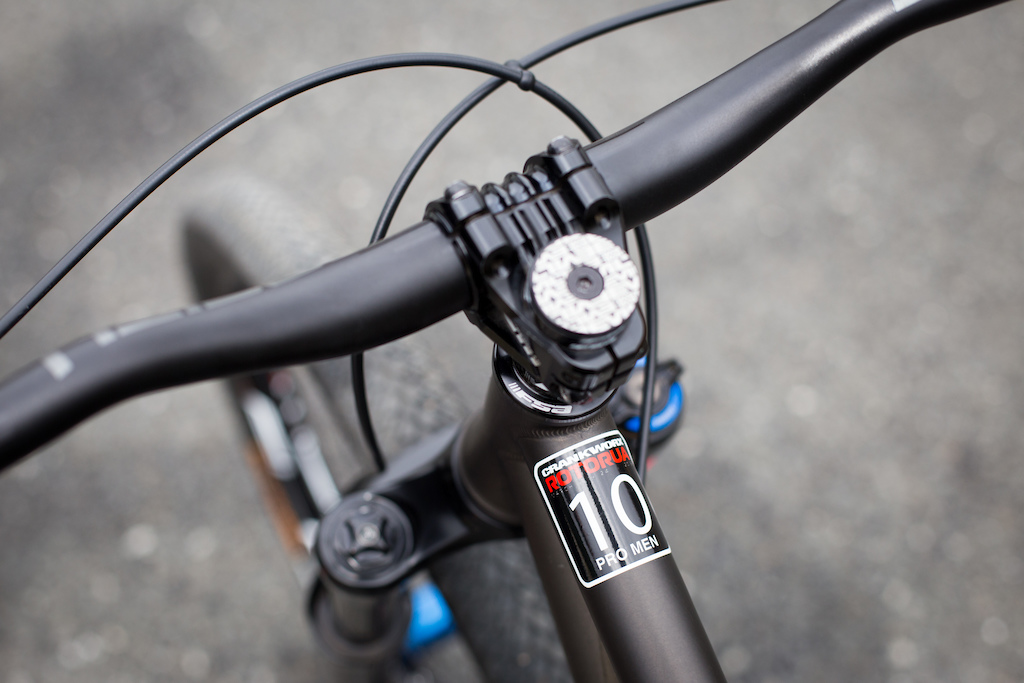 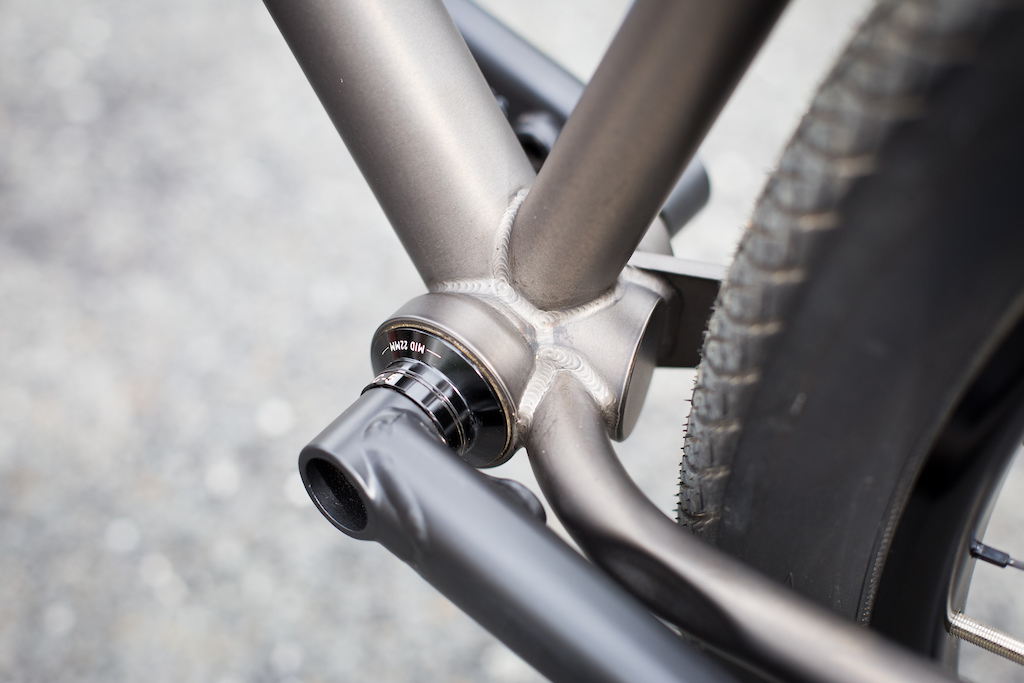 The cranks are adjusted to where they take some effort to spin. Bubba says that this helps with starts in the gate and the resistance helps it feel a lot more like a standard geared bike and it helps prevent going over the bars from inadvertently ghost pedaling. 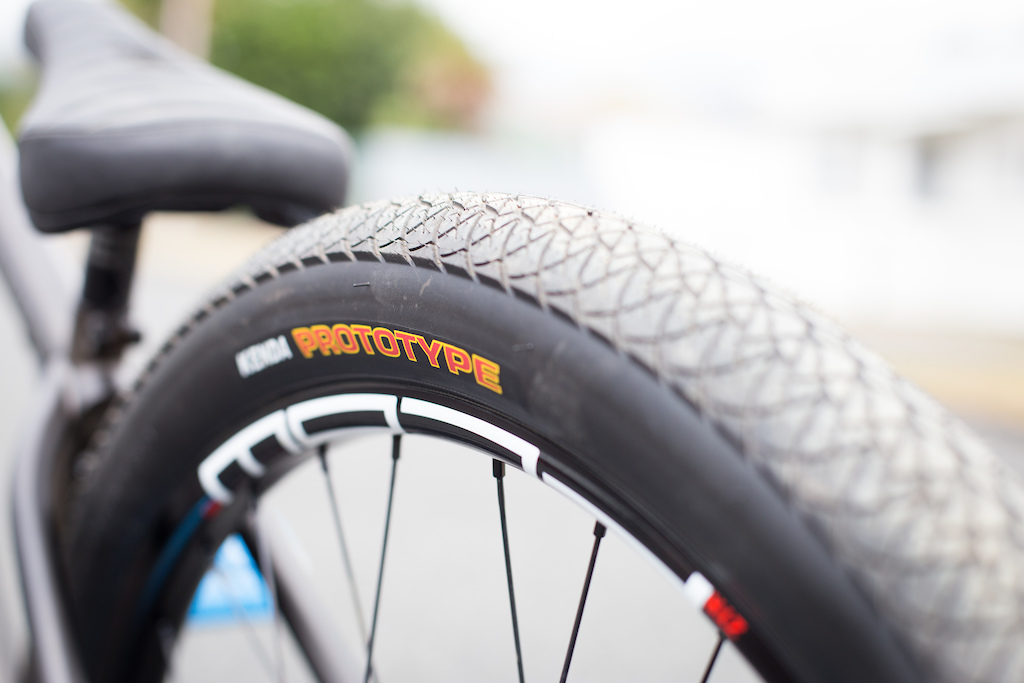 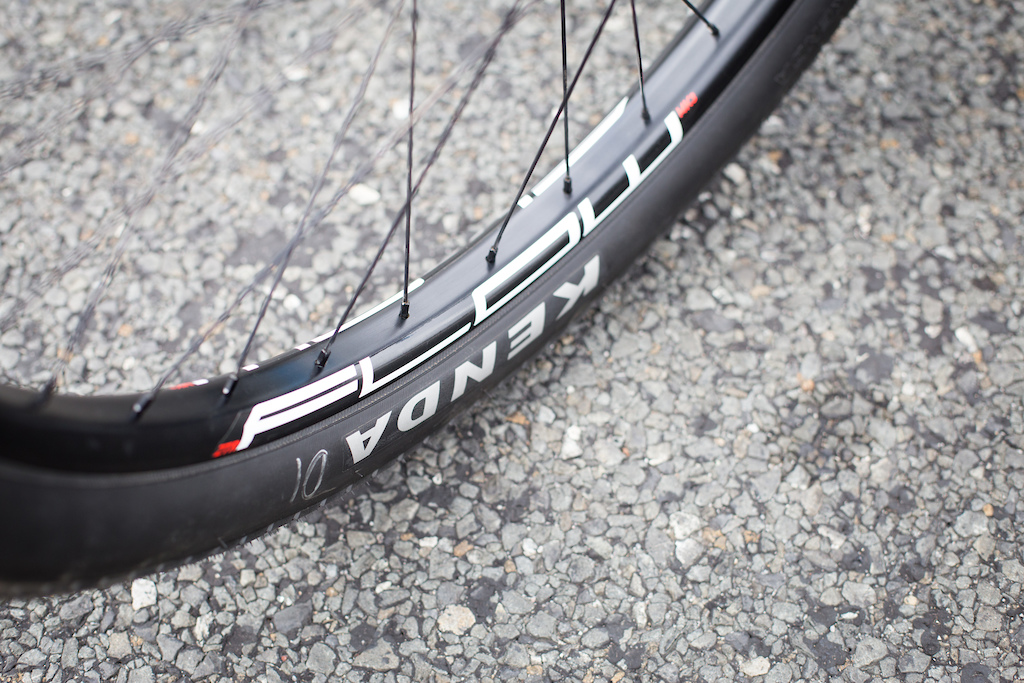 We're seeing more and more riders on prototype Kenda tires lately. Kenda has been putting a lot of effort into their R&D recently and is producing tires that should be up to the task of top-level competition. 61psi in the back and 60 up front with tubes to ensure there's no feeling of rolling the tire off the bead when pushing into berms. 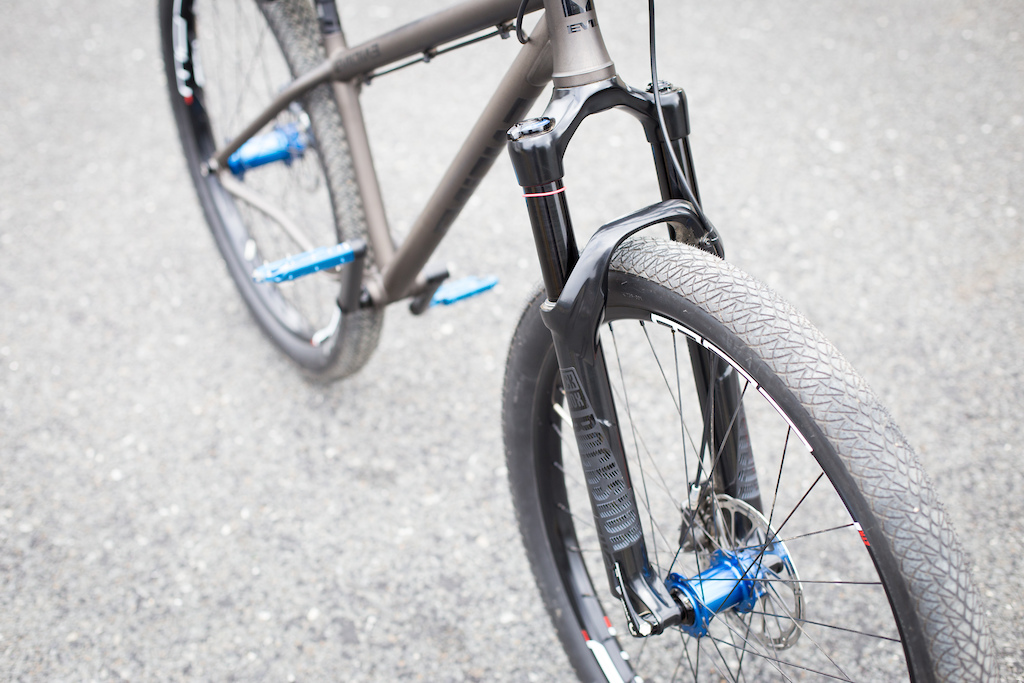 160 psi and four tokens along with a lot of compression with pretty slow rebound. 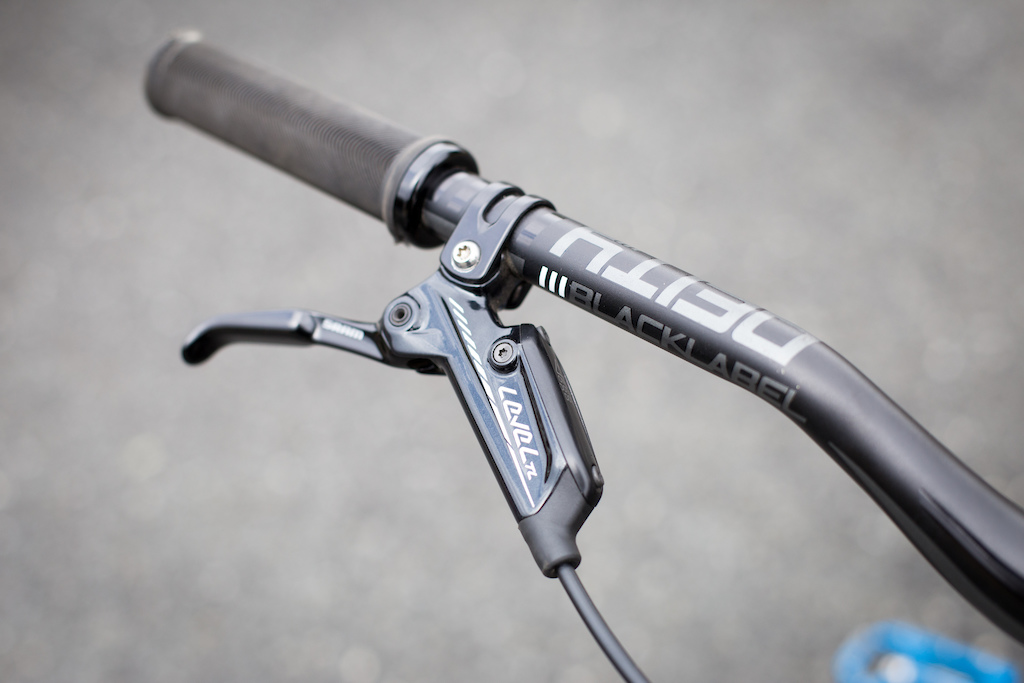 SRAM Level brakes keep the weight down - the front brake is key for pumptrack racing since riders are pushing so hard out of the gate to start. 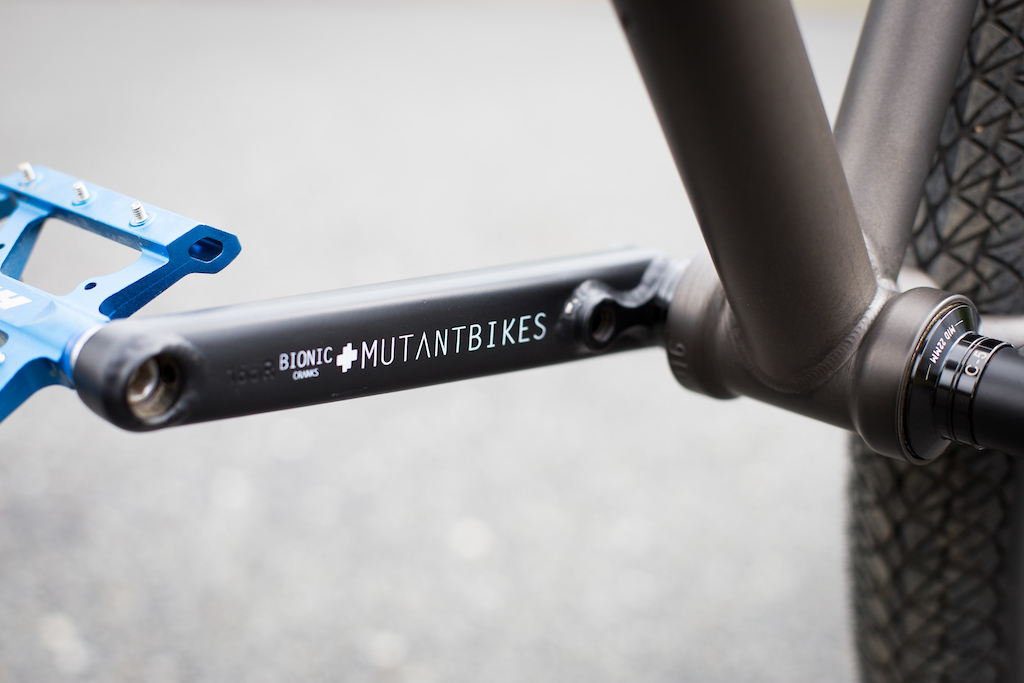 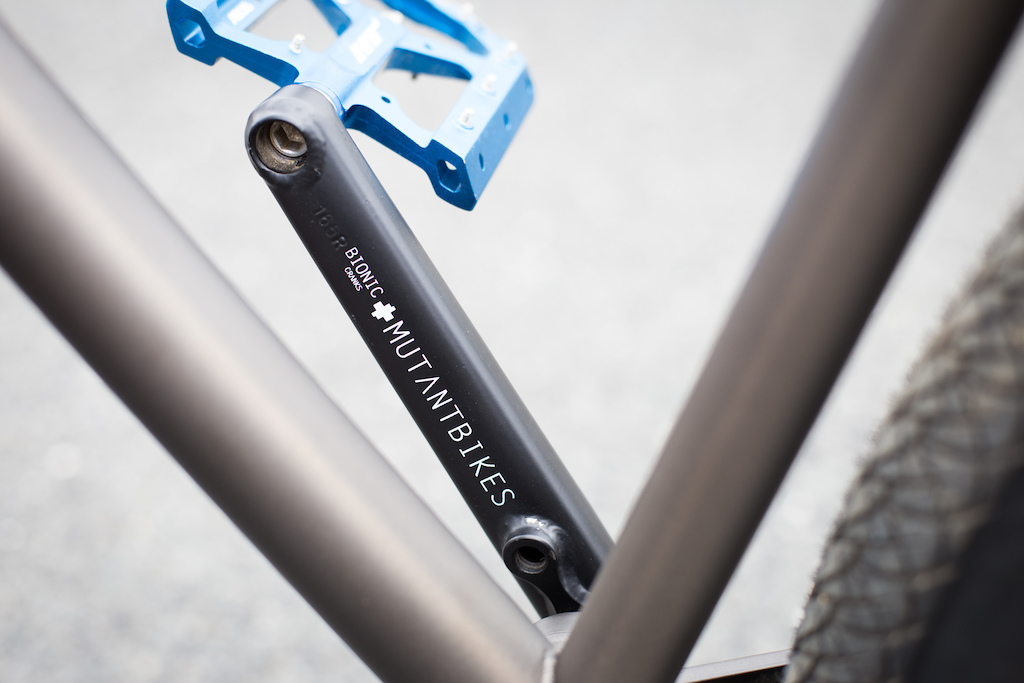 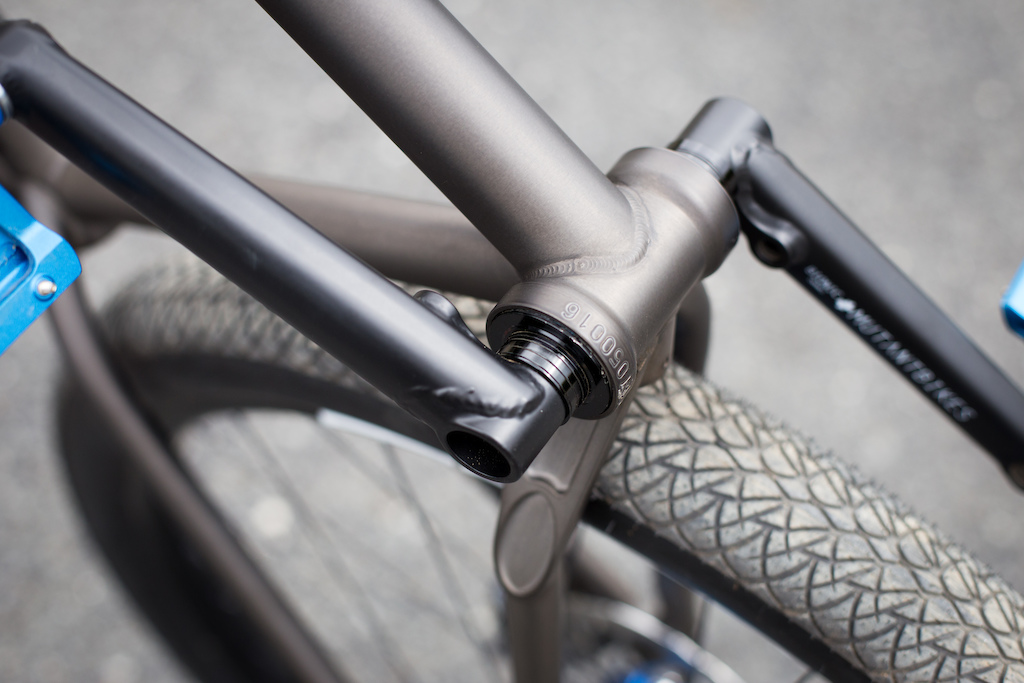 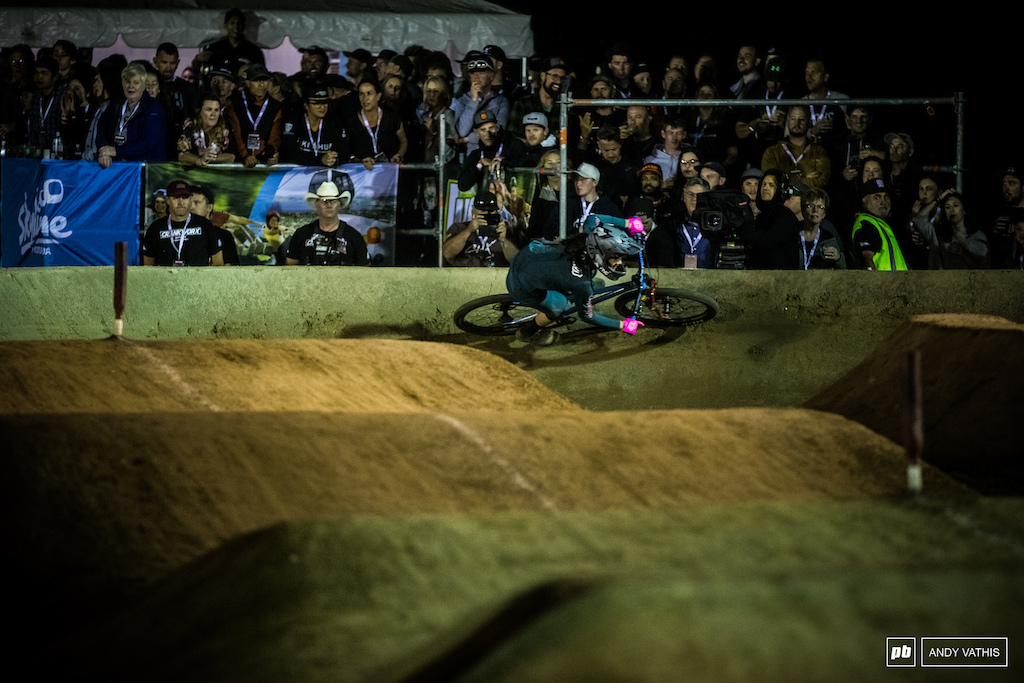 Kialani pushing for the gold medal in Rotorua.
Kialani Hines took the women's gold medal in the Crankworx Rotorua Pumptrack Challenge this past week. While her Pivot Point isn't quite as tech-heavy as Bubba's Faction, it's still a unique and purpose-built bike.

Kialani used her Point in both the dual slalom competition earlier in the week as well as the pumptrack. Not a ton of changes were made outside of pulling the shifter, derailleur, and chain off and then some air pressure adjustments that we don't have the exact numbers on. Check out some of the details below. 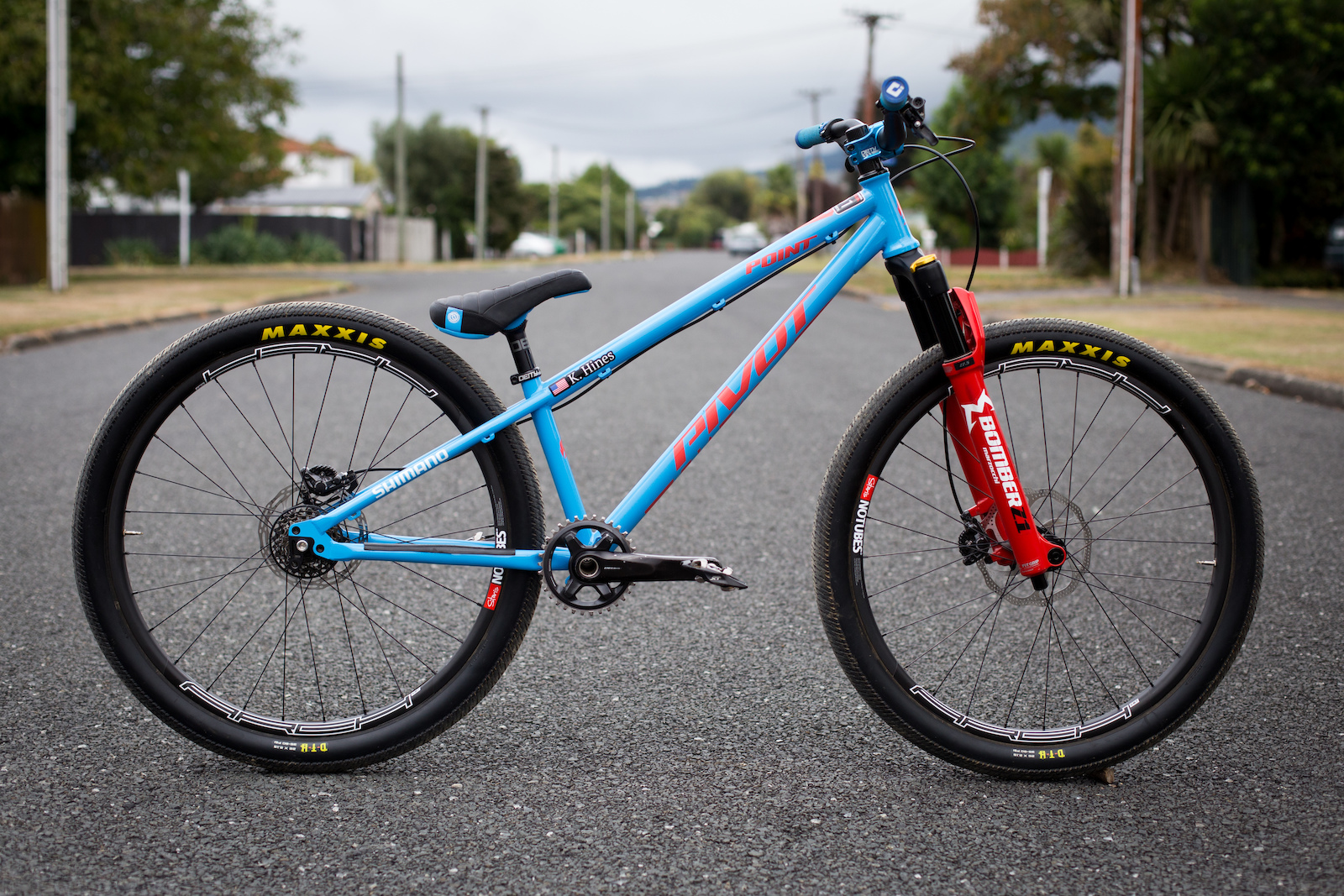 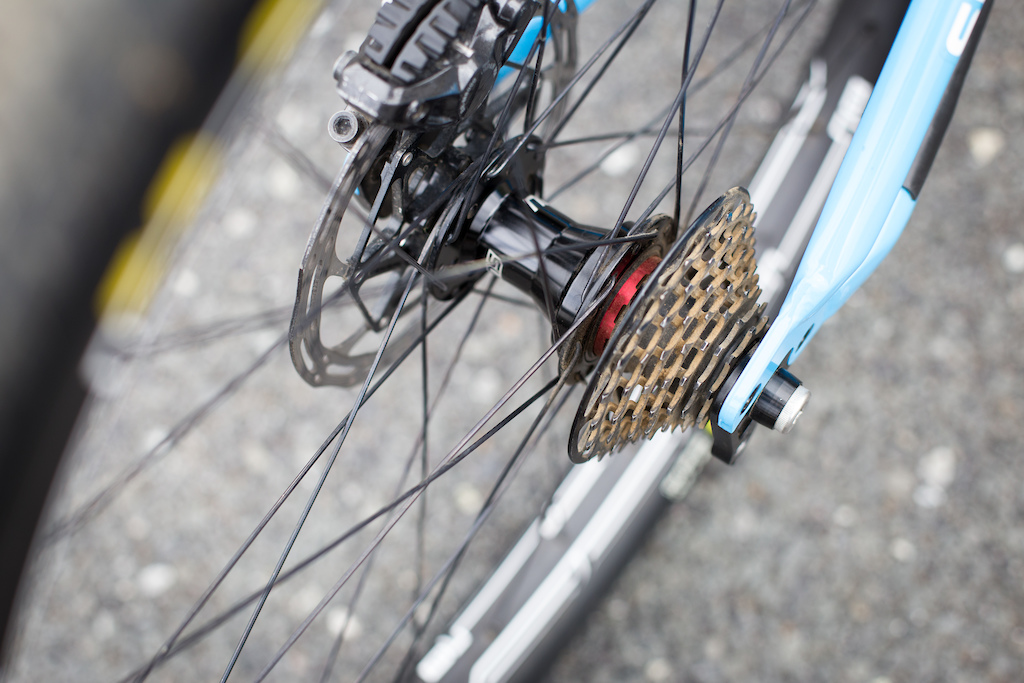 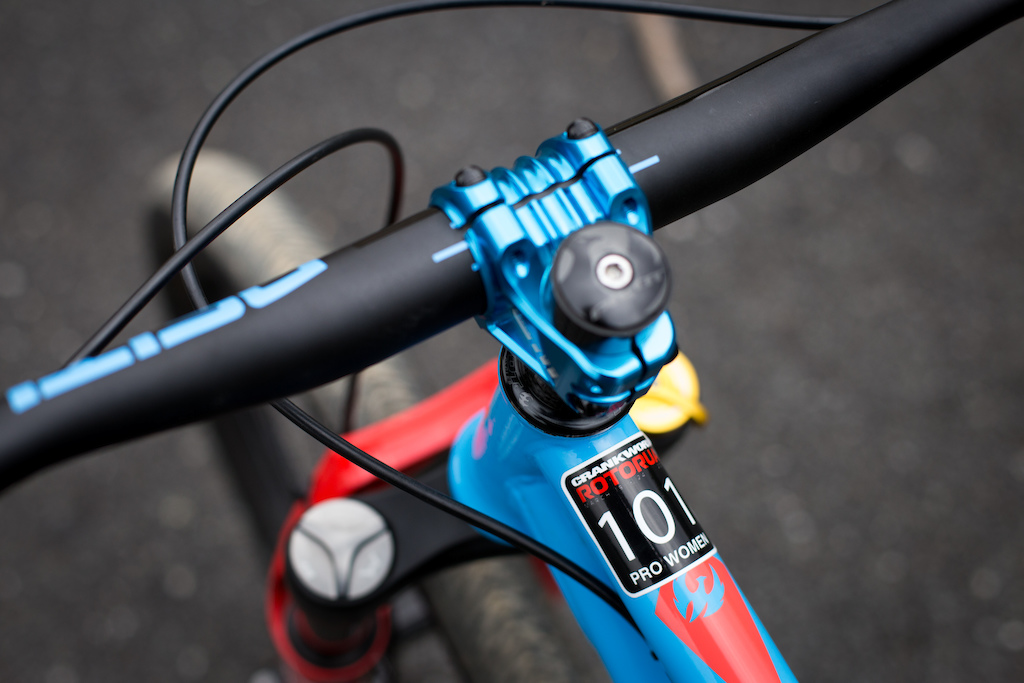 Down to the minimum for the pumptrack. No shifter, chain, or derailleur. A Deity bar and stem with Shimano XT brakes make up the controls. 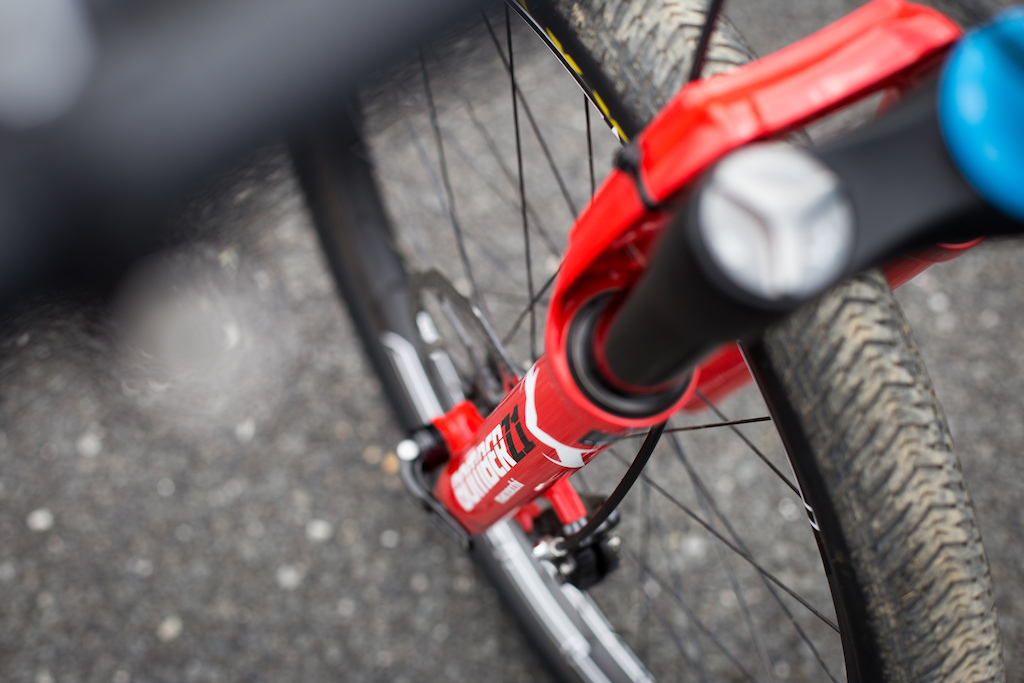 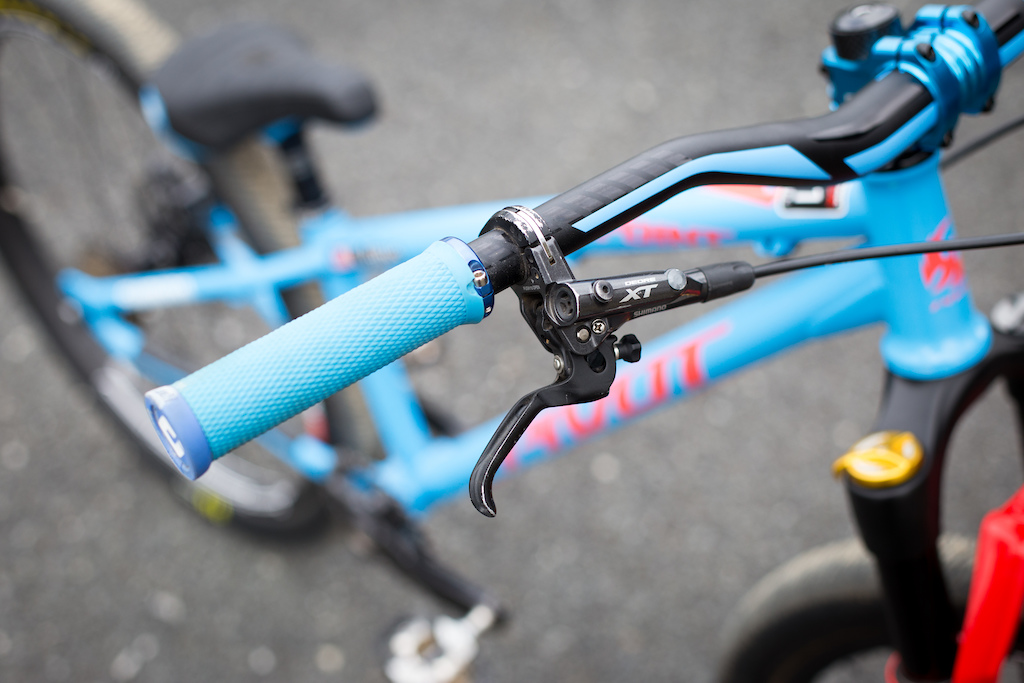 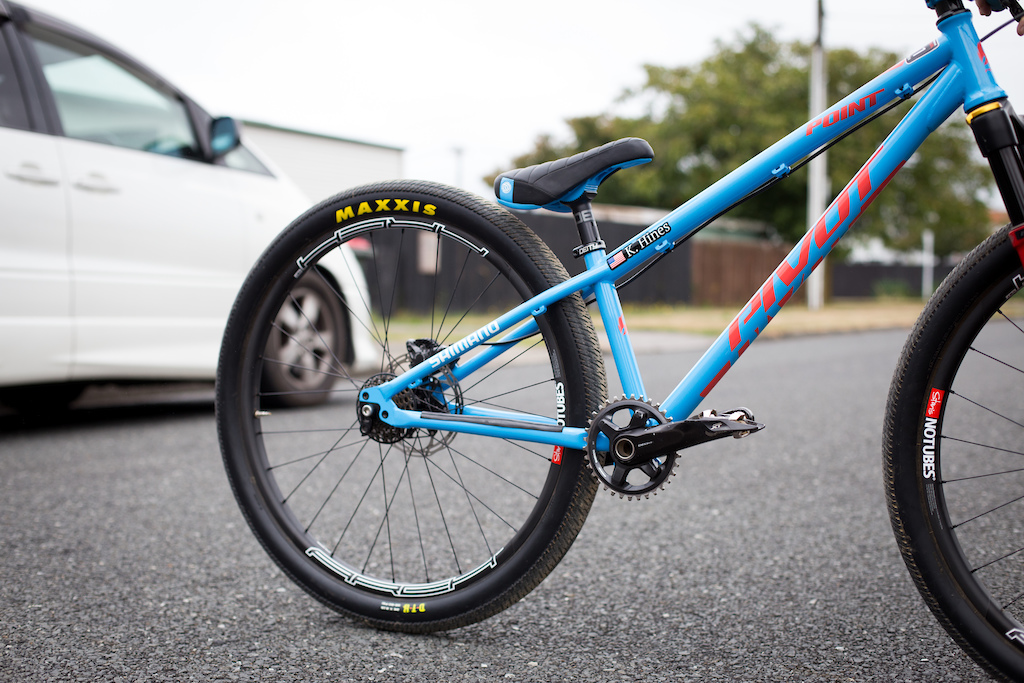 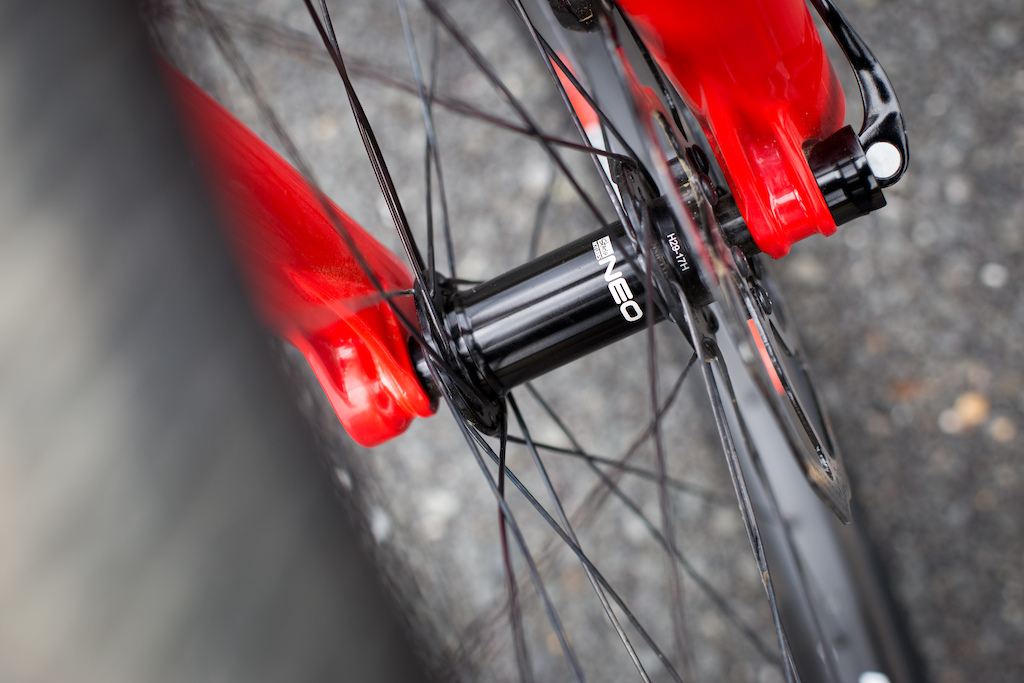 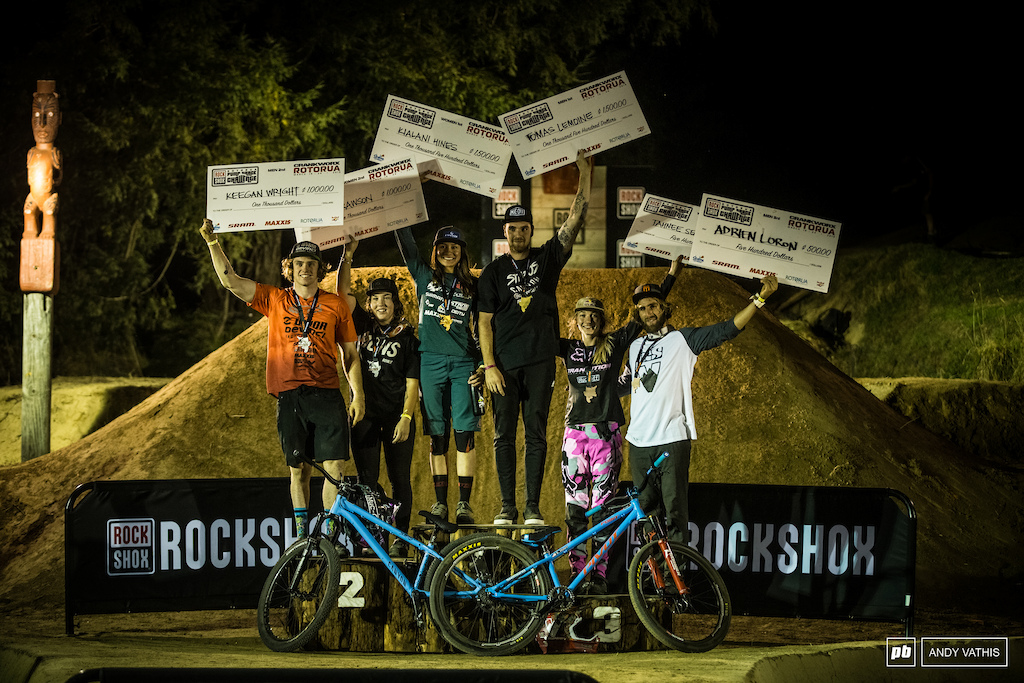 Kialani in the number one spot.

Also no rigid forks for a P'track specific bike

jason114 (Mar 26, 2019 at 0:52)
Well they have no chain so gate starts probably involve using both binders to hold the bike still while using their body to gain momentum

DarrellW (Mar 26, 2019 at 1:28)
Sponsorship? I remember ProForx, who I think were part of Manitou had a 1000$ bonus for anyone who won a pro BMX race using their forks. Lots of pros ran them welded.

tripleultrasuperboostplusplus (Mar 26, 2019 at 6:06)
I know almost nothing about this, but I have to assume that if you use the gate alone for an explosive body-english start and mis-time the gate drop even slightly, you lose huge power. A brake would assure you that timing your leverage works perfectly for your start, even when you're 1/10th of a second off the gate drop.

conoat (Mar 26, 2019 at 8:21)
@jason114: this. they are starting much like a slalom skier would. getting their body moving and timing it perfectly with the drop of the gate.

brownstone (Mar 26, 2019 at 10:38)
I think they do a bit of a hop/jump out of the gate rather than just use gravity. I think they use the brake to hold the wheels when trying to do this jump as the gate falls. With no brake applied I think the wheels would roll back when throwing yourself forward with no brakes, just my thoughts on this though

DutchmanPhotos (Mar 26, 2019 at 1:30)
My chain came off a while ago un-noticed during a descent. I then tried to crank and slipped off my pedal.... My sprocket ripped open my calve pretty good. Best scar I have so far. That chainless shit scares the hell outta me. Very pretty bikes though. Loves me some good pumptrack action.

tripleultrasuperboostplusplus (Mar 26, 2019 at 6:12)
You would have enjoyed the triple-ring crankset days with a fully-exposed 44T hungry for your flesh. My worst scar is on the LEFT calf -- go figure that one out.

theraggyone (Mar 26, 2019 at 3:02)
so good to see pump track bike checks , can we get more bike checks of the pump track and dual slalom set ups from future rounds please

AntN (Mar 26, 2019 at 3:03)
Scooter jokes aside... would runing moto style pegs side by side from the bottom bracket be beneficial in any way for pump track?

gibspaulding (Mar 26, 2019 at 10:20)
I wondered that too. It might make it harder to translate skills from other cycling disciplines though. Also might limit the effect of weighting outside/inside pedals to control traction since not being able to rotate the crank down would effectively raise the bottom bracket.

You could build a frame with a crazy low bb to resolve this maybe, but then you have a scooter...

Patrick9-32 (Mar 26, 2019 at 5:17)
It is certainly similar to a 26" Sect, it looks to be the same headtube and maybe other frame components, different dropouts and a few other changes though. I would guess as they are both distributed by Upgrade bikes in the UK there is a lot of collaboration on the manufacturing on the frames.

redwustran (Mar 26, 2019 at 8:13)
Yeah it's a dmr sect they even stamp the serial numbers on the bottom part of the head tube with dmr

Patrick9-32 (Mar 26, 2019 at 8:38)
@redwustran: It is not a sect, the sect has horizontal dropouts, the pivot has replaceable dropouts. Compare here: www.dmrbikes.com/Catalogue/Frames/Dirt-Jump/Sect-26-Custom

hamplanet (Mar 26, 2019 at 9:35)
Have a look on Pivot's website. They talk about the relationship with DMR. It is build by DMR to Pivot's design and spec.

TypicalCanadian (Mar 26, 2019 at 9:40)
I looked for pivots on that pivot frame and found none. False advertising.

owl-X (Mar 27, 2019 at 10:01)
that spaced-out rear axle is gross. put an adjustable stem and a brooks saddle on that bike and give it to your neighborhood's resident community college engineering professor. you'll know him by his white beard. barf.

du4photo (Mar 26, 2019 at 16:04)
Are these cranks spinning or locked in a choosen position? Different positions on the Evil's photos…
Or are they just spinning slow? Then how?

Grosey (Mar 26, 2019 at 4:18)
Its super cool that they run suspension forks on bikes for the pump track. Gauranteed 10% better backside. Like a free softspot to land in.

We really need to think about re-education for all marketing professionals cause they make lawyers look like legit good samaritans. Making sugar coated turds on the daily to sneak in your mouth, infect your brain, then shit out your money.

at 6ft4", my little 26" wheeled jump bike looked/felt ridiculous.
It got nicked. I never replaced it