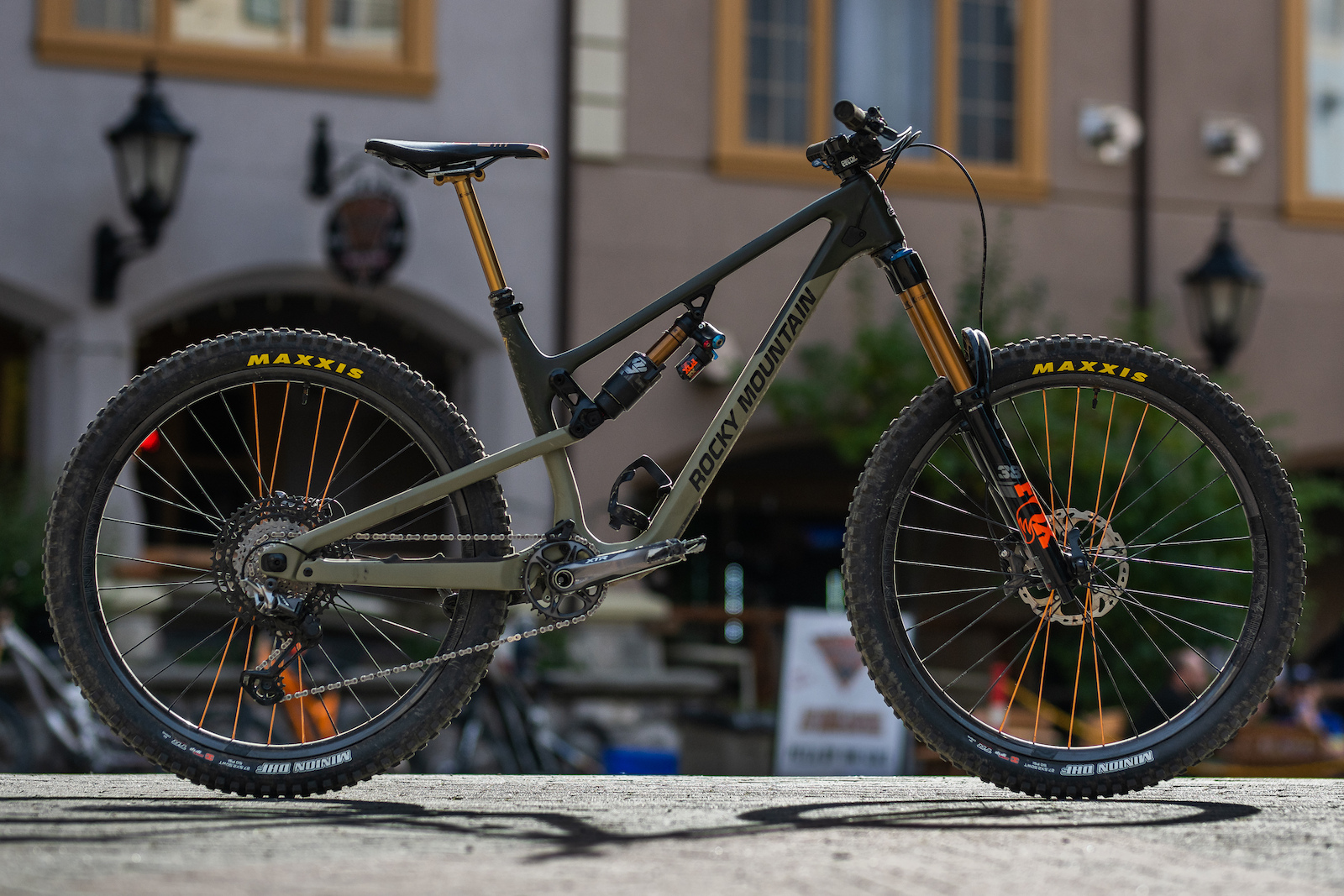 BIKE CHECK
Vaea Verbeeck's
Rocky Mountain Altitude
Photography by Chris Pilling
Vaea Verbeeck is on fire right now at the Crankworx BC marathon of events. Her trifecta of wins at Sun Peaks is no joke: victories in dual slalom, Air DH, and downhill to sweep the venue and carry some great confidence into the next stop at Kicking Horse, where she took fourth place in the Psychosis Downhill. Next up is dual slalom at SilverStar, and with Vaea fresh off her Sun Peaks successes and back in the lead for Queen of Crankworx, all eyes will be on her as she carves her way through the course.

Her bike of choice for hard-packed, fast tracks where she doesn't need a full downhill bike is her Rocky Mountain Altitude, which sports a 170mm fork paired with a 160mm of rear travel. The bike is set up with Shimano XTR everything, a Deity cockpit and saddle, Industry Nine wheels, and Fox suspension and dropper post.

While the Altitude undoubtedly slots into the enduro race bike category, it gives riders enough options to make it what they will, with a chainstay adjustment flip chip and Rocky's Ride-9 geometry adjustment system that offers, yes, nine options. Vaea runs her bike slack and short, and with 27.5" wheels prioritizes maneuverability just as much as speed. Let's take a look at her setup. 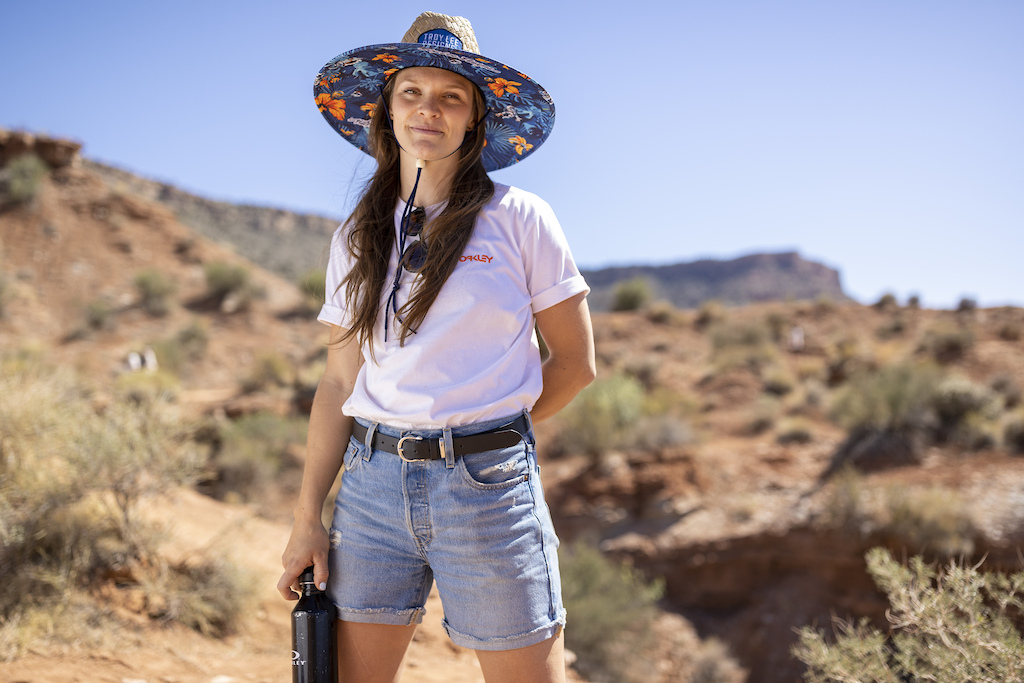 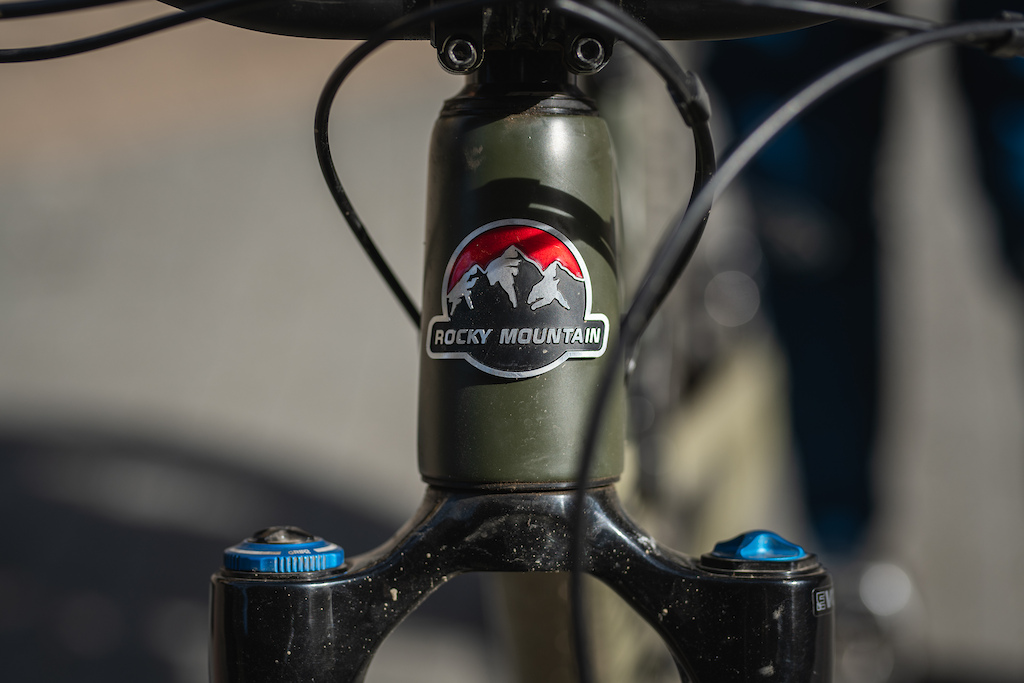 Vaea Verbeeck has ridden both medium and large frames in the past, but rides a medium Altitude. The small size is made to run 27.5" wheels while the large and extra large bikes use 29", and medium can go either way. Vaea prefers 27.5" for the maneuverability. 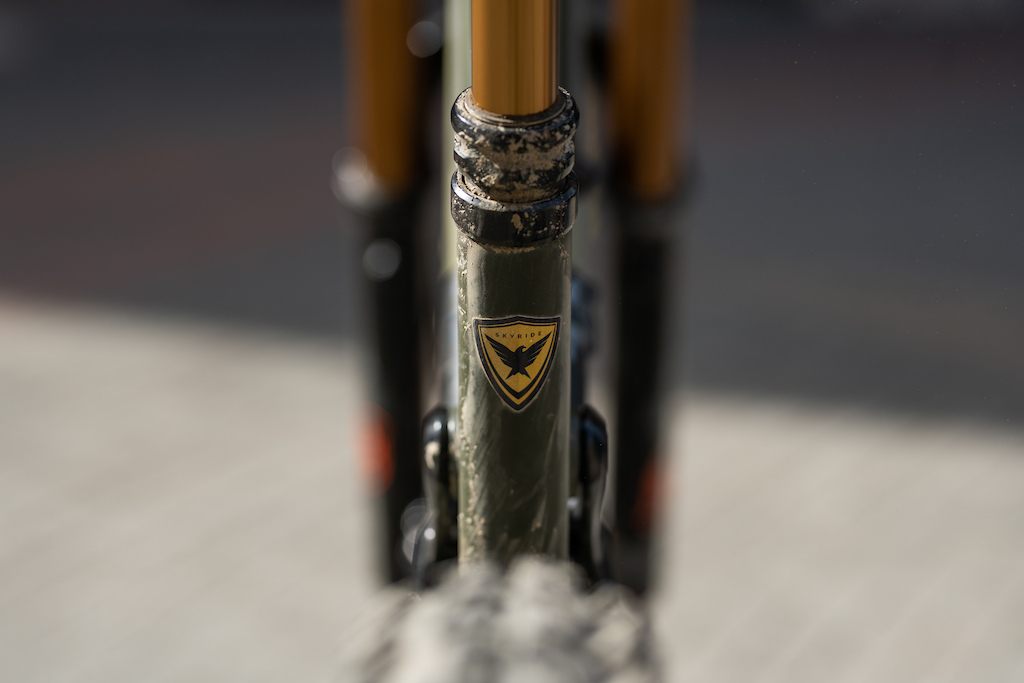 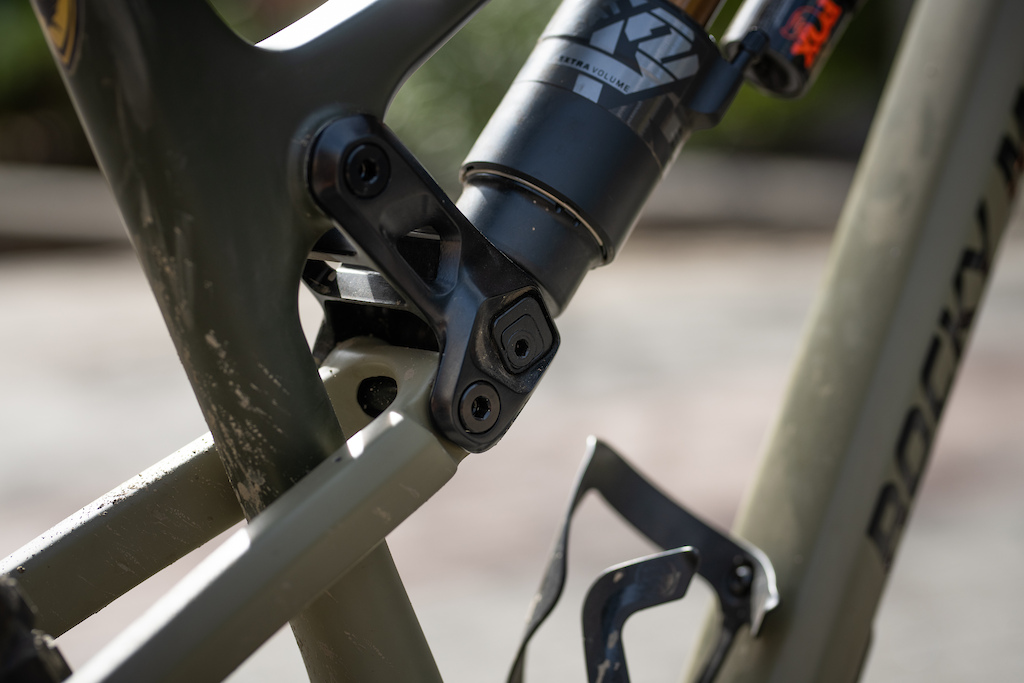 Vaea rides her Ride-9 chip in the slack and low position. 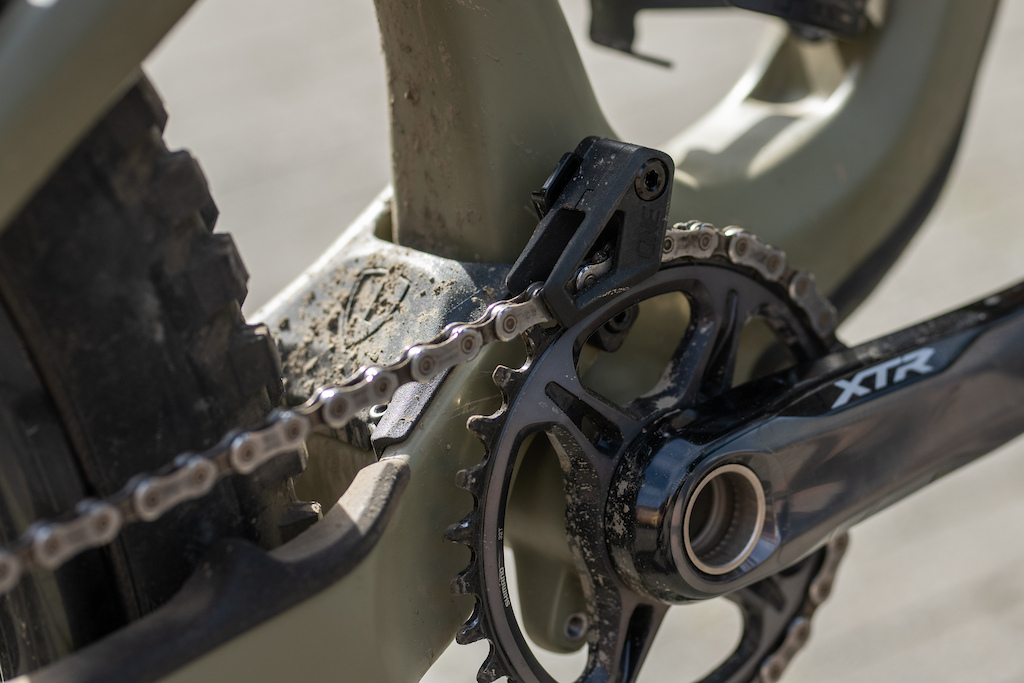 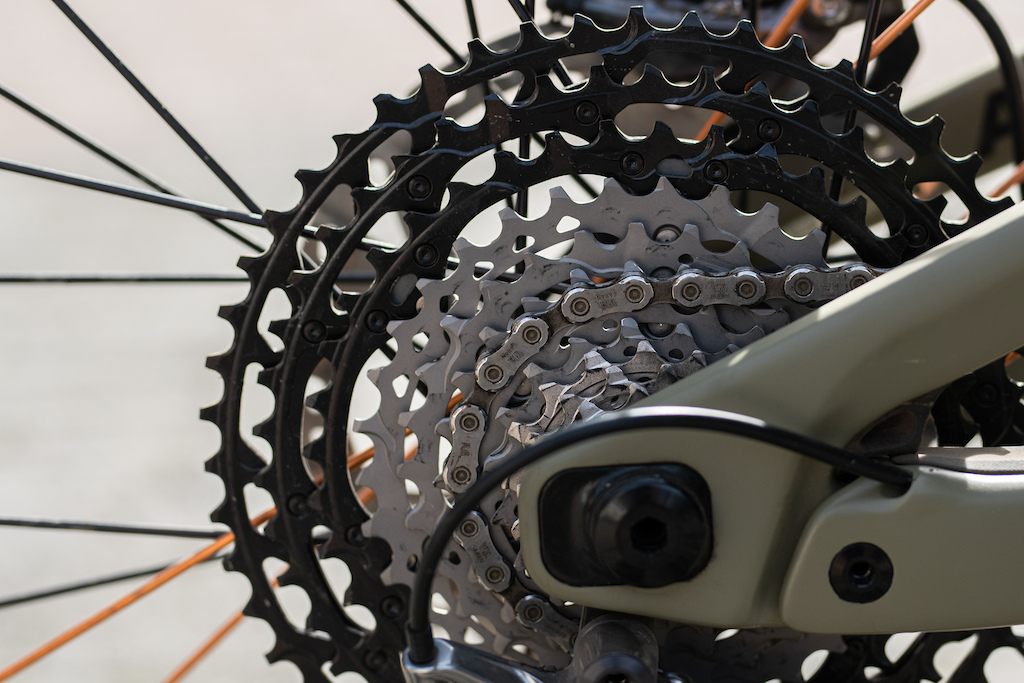 It's full XTR for Vaea with a 32t chainring up front and a 10-51t cassette out back. The rear flip chip is set to the short position, giving her 428 mm of chainstay to keep things fun. 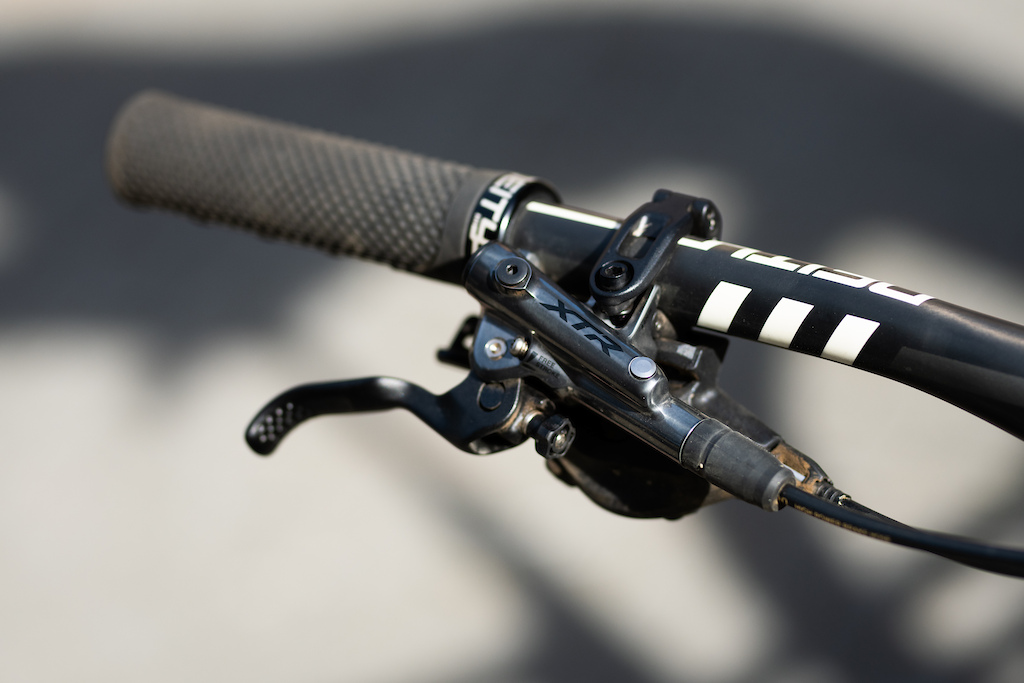 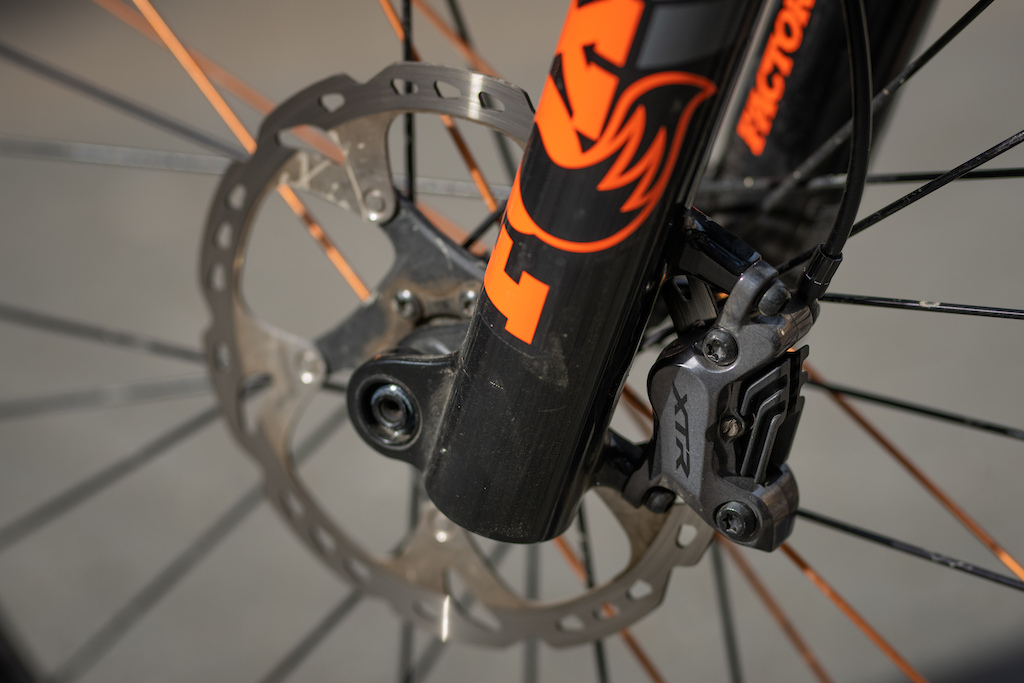 Her XTR stoppers have 180mm rotors and are set up at a moderate lever angle. 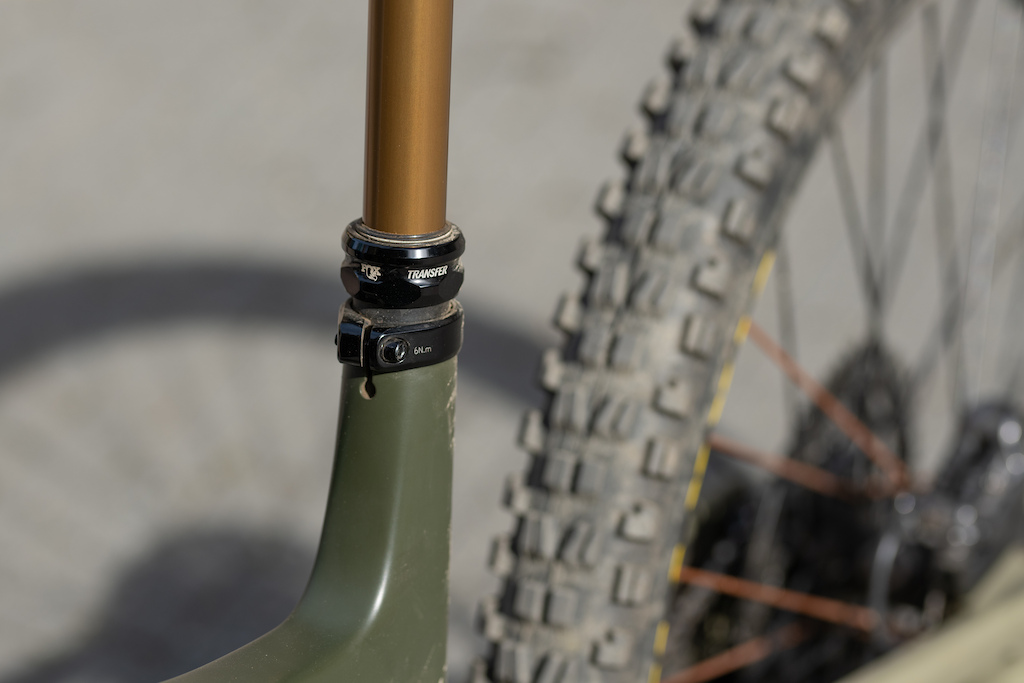 Running a 175 mm Fox Transfer dropper post means that she can make full use of the space between the saddle and the frame, with the seatpost slammed all the way down. 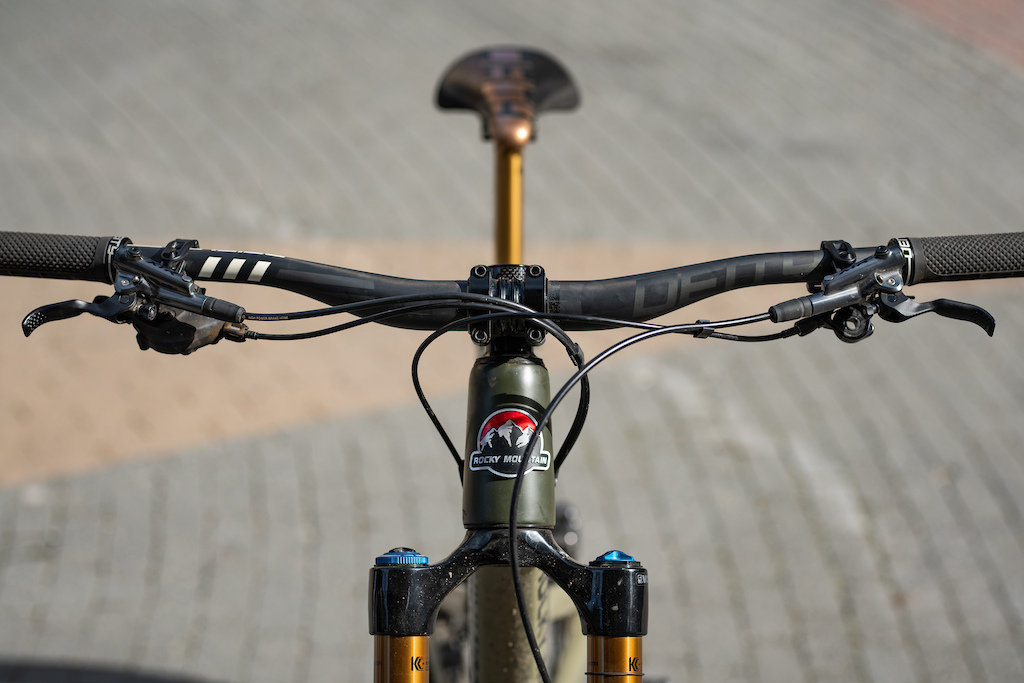 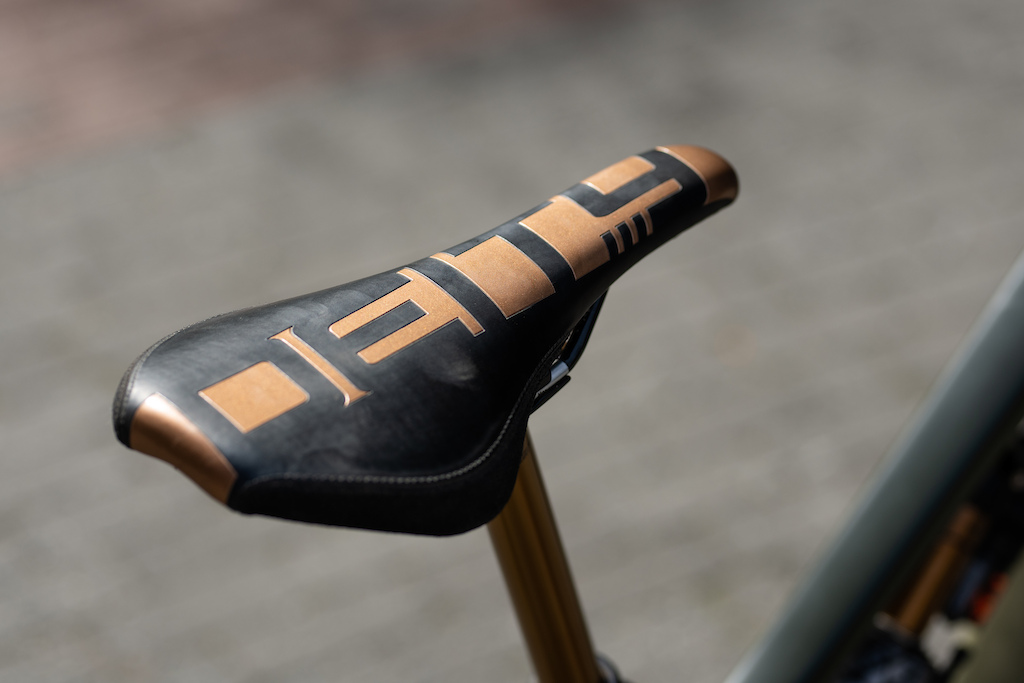 Deity takes care of most of the rider-to-bike contact points with the exception of the pedals - Vaea prefers to be clipped in and runs Crankbrothers Mallets. 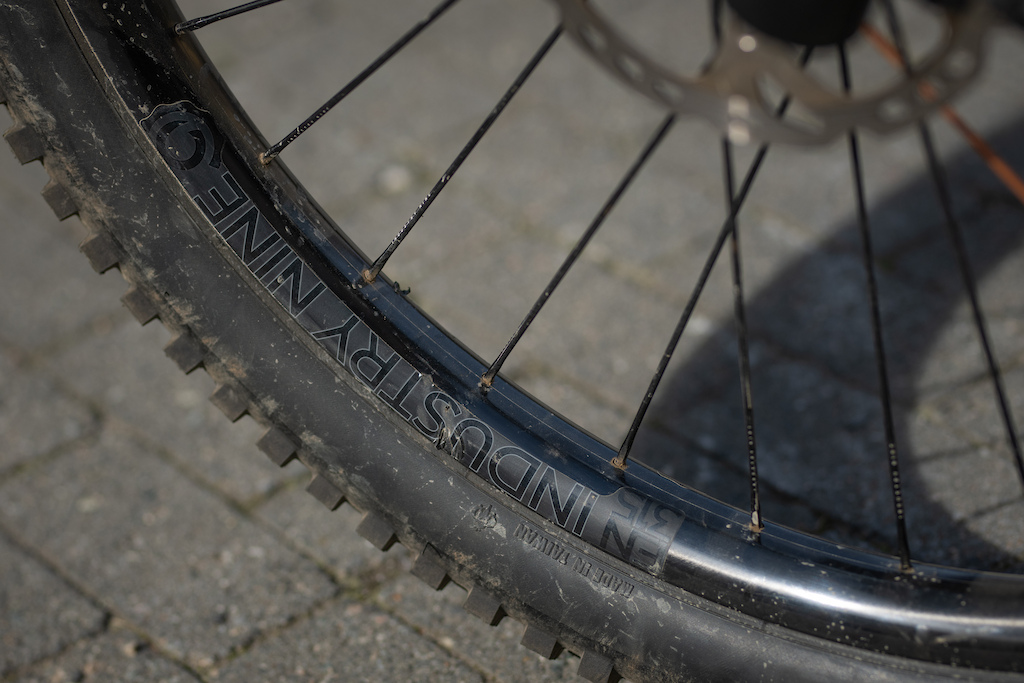 These Industry Nine 315 carbon rims are mounted with Maxxis Minion DHFs front and rear at the moment, though Vaea typically runs a DHR II in the rear when she's not racing Air DH and dual slalom. Similarly, she usually runs 25 / 27 PSI for trail riding, but has bumped her tire pressure to 30 / 34 PSI for these hard-packed events. She doesn't run tire inserts.
With the racing wrapped up in Sun Peaks and Kicking Horse, there's just one stop left but plenty of riding still on the docket. With her bike dialed and some great results already under her belt, we look forward to seeing what else Vaea can do.

sonuvagun (Oct 1, 2021 at 5:57)
Hey Vaea, I've hear the people at RM have ways of extending reach numbers on their frames, and if you've ever compared a Small frame with a mullet against the straight 27.5 set up.

"Running a 170 mm Fox Transfer dropper post means that she can make full use of the space between the saddle and the frame, with the seatpost slammed all the way down."

MountainSensei (Oct 1, 2021 at 14:35)
That is a very tasteful build. Great Colors, great build. That is a bike you would be happy to still be riding 6 years from now and feel content.