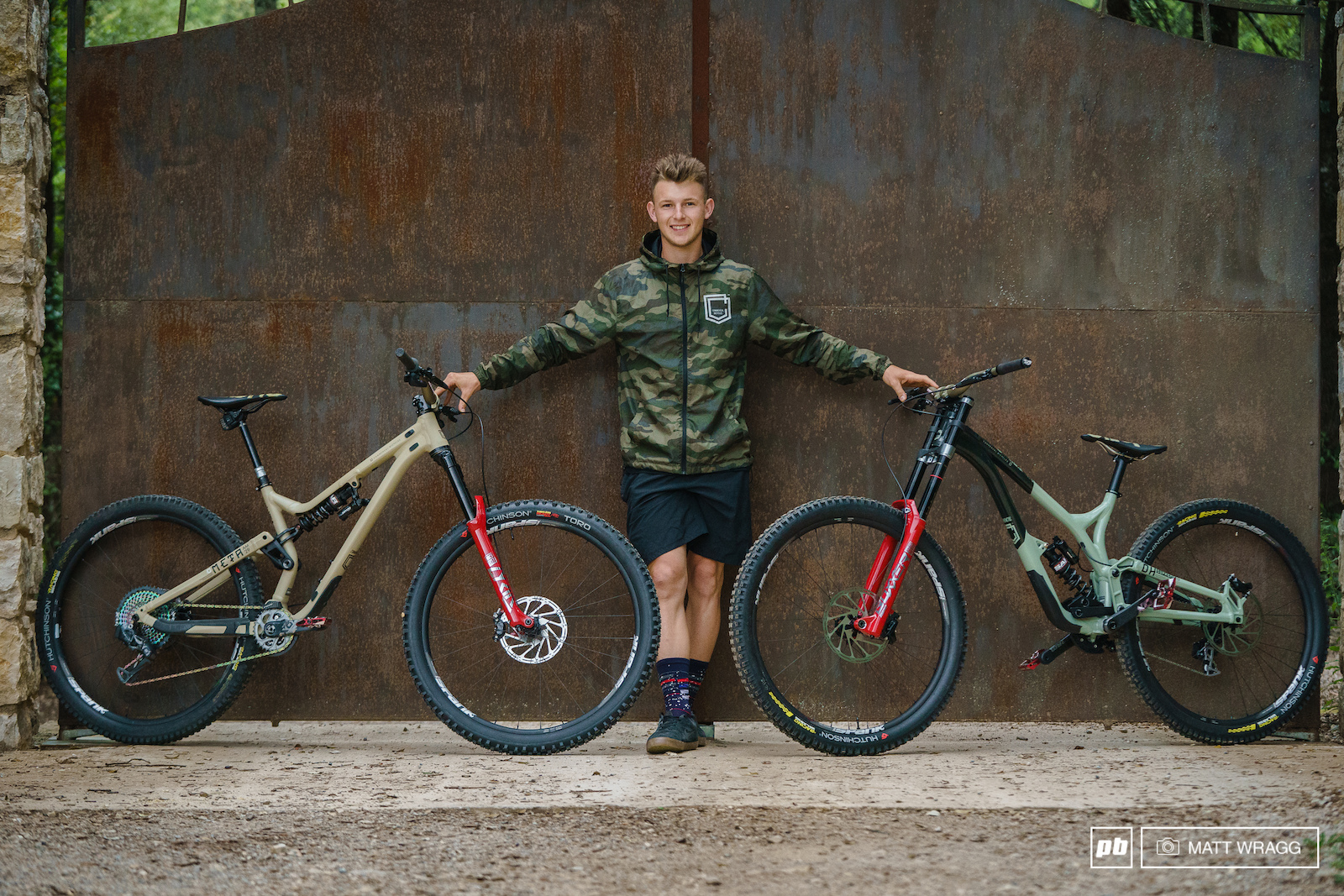 BIKE CHECK
Antoine Vidals's
Commencal Supreme & Meta
Words and photos by Matt Wragg
If you ran a poll as to who was the most underrated rider of 2019, then Antoine Vidal probably should win those stakes.

He went about it quietly, putting a in string of fast, consistent performances to grab the EWS Under-21 title with six race victories and a worst showing of 4th. Of course, performance in the Under-21 field is not always a great predictor of form in the senior competition, but at the Northstar round his time was good enough to have placed him 8th in the elite competition. Alongside this, he managed to grab a French national jersey to allow him to race DH on the world stage. It started slowly, with 14th at Fort William, building up to taking junior silver at the World Champs in Mont St Anne. To cap it all, he popped down under just before Christmas and won Under-19s at the Australian Open in Thredbo, no small feat considering the depth of talent down there. 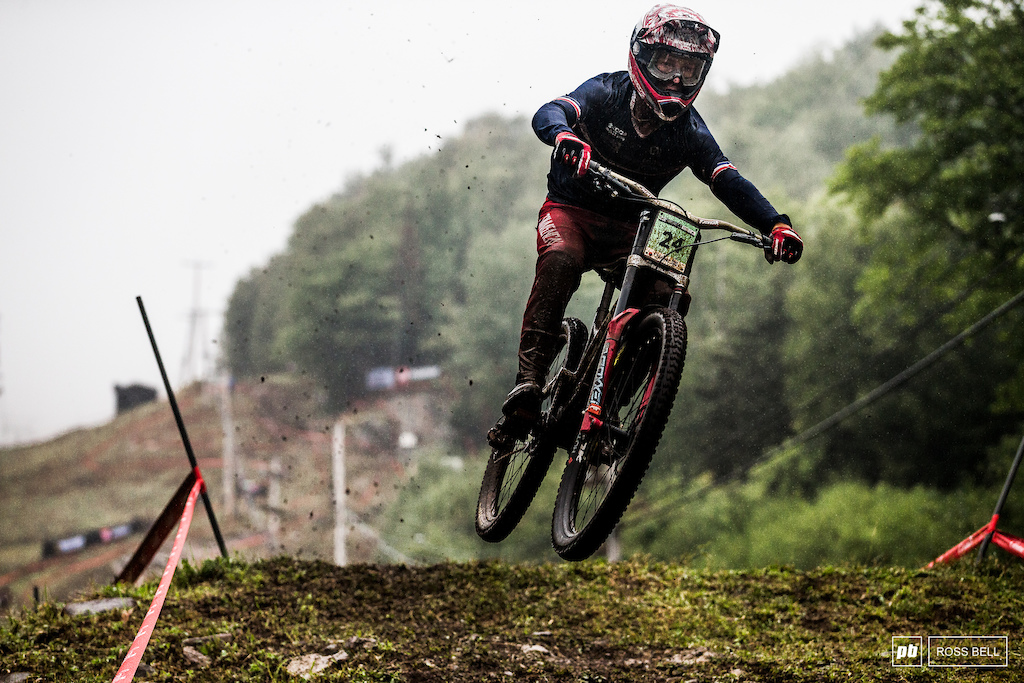 Rider Name // Antoine Vidal
Age: 19
Hometown: Nimes, France
Height: 5'9 / 175cm
Weight: 155lb / 70kg
Instagram: antoine_vidal07
This winter he moved out of his parents' house and in with the Ravanels so he can focus 100% on his training. As well as his ever-growing palmaires, he is studying under the Ravanels to qualify as a trainer for once his riding days are done. All this and he's not even 20 yet - definitely one to watch for the coming years, although don't expect to see him too often at the World Cups; having raced both he finds enduro more fun and wants to concentrate there for the time being. 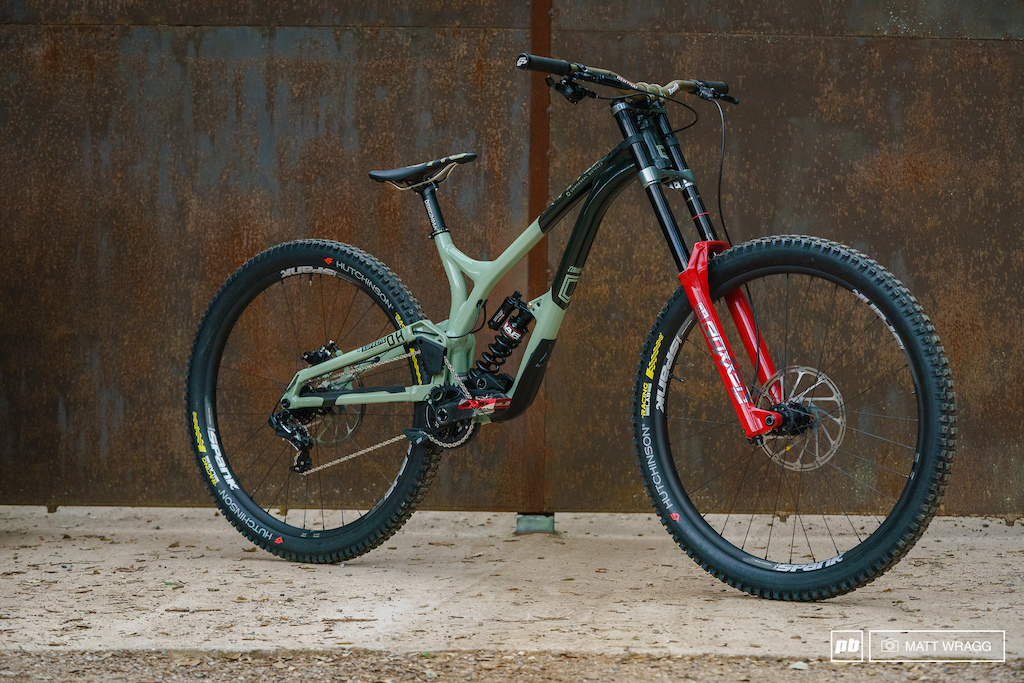 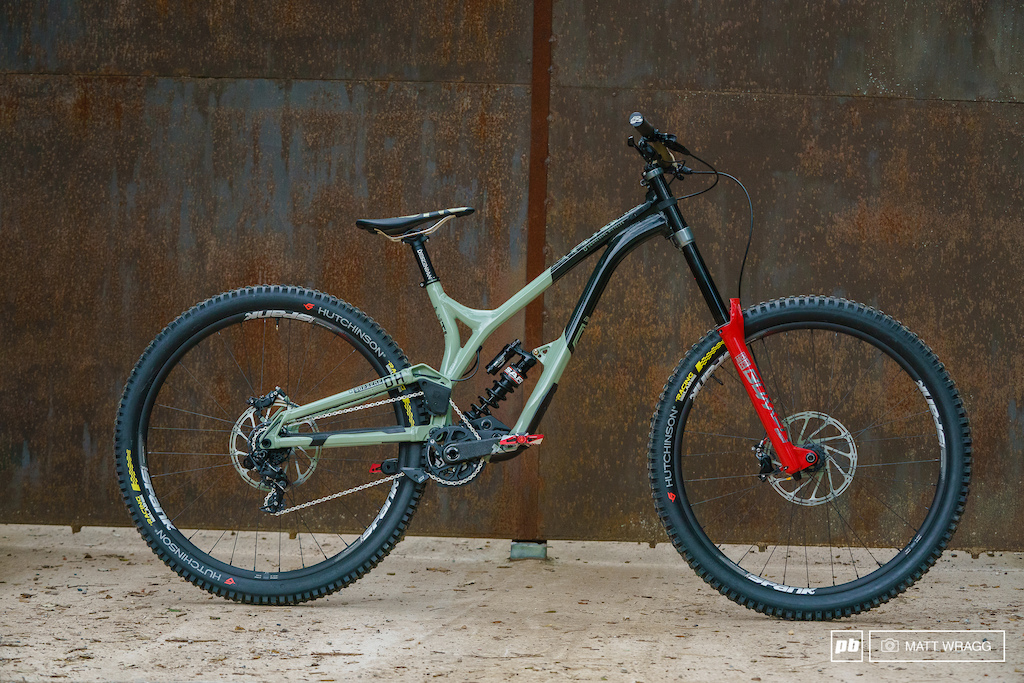 Unridden. With the lockdown in France the chances to head out shuttling were limited, to say the least, so when we spoke to him he'd only been able to build this bike and gaze longingly at it.. 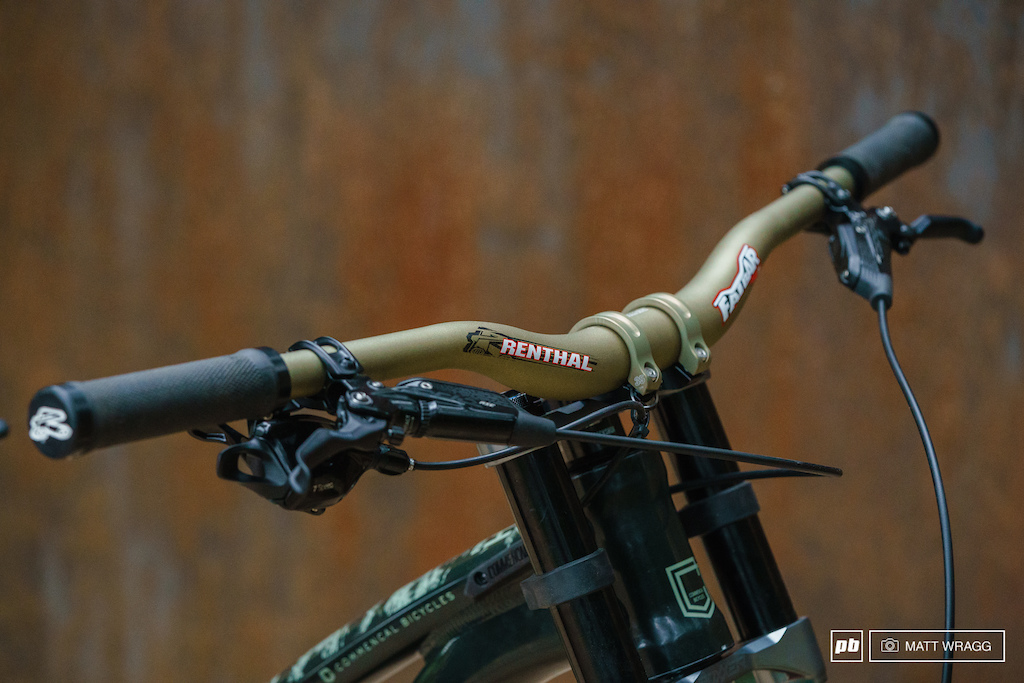 Antoine runs his bars 20mm wider on the DH bike for a little extra leverage.. 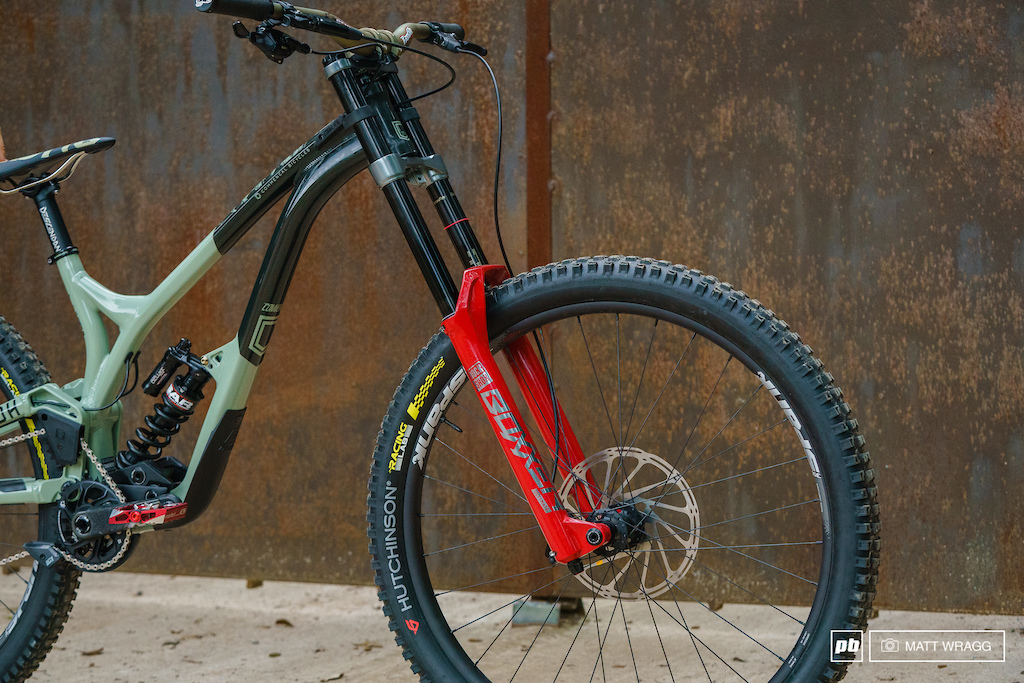 Out front it's that World Cup mainstay, the Boxxer. Antoine runs quite a stiff spring, but quite low levels of compression damping - he describes it as "fully open." 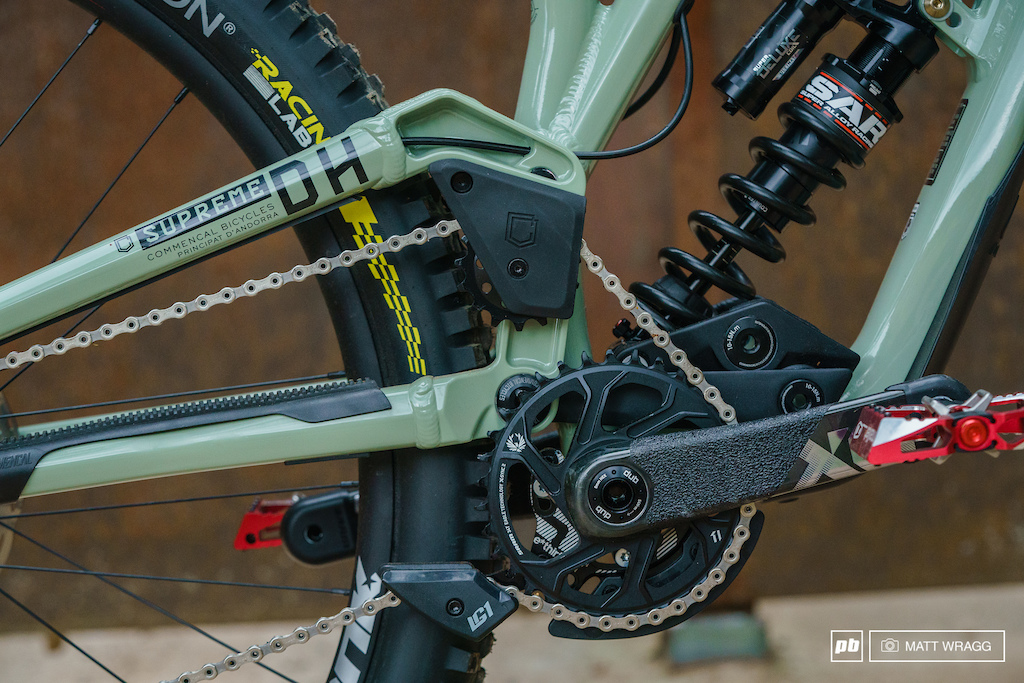 The newest version of the Supreme has an adjustable idler pulley to fine tune the bike to the track you're racing. 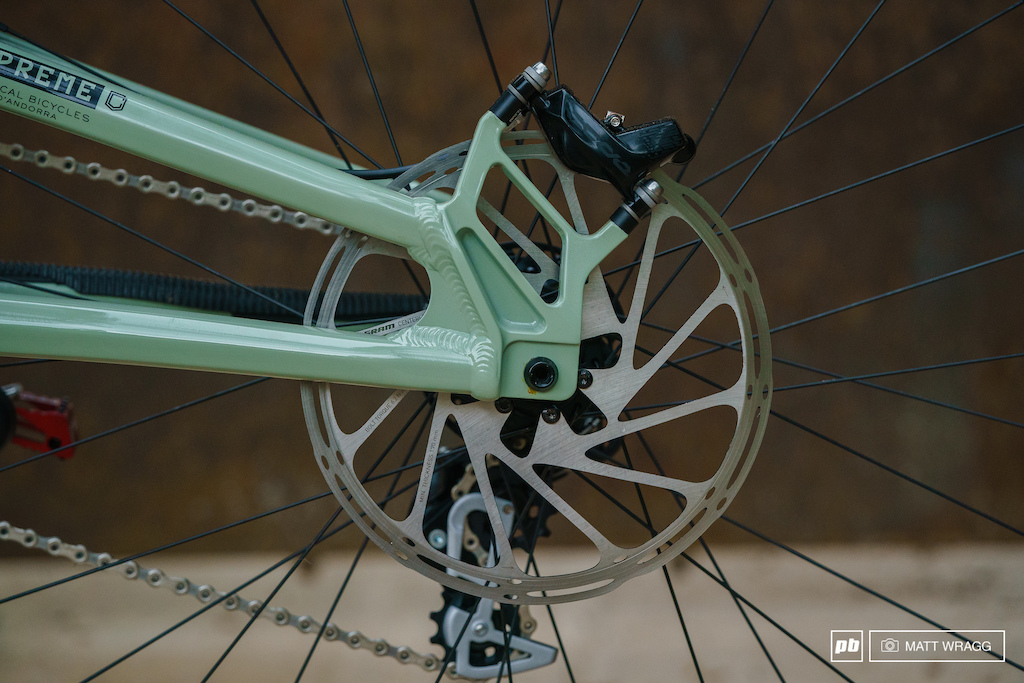 It's 220mm discs front and rear for maximum stopping power. 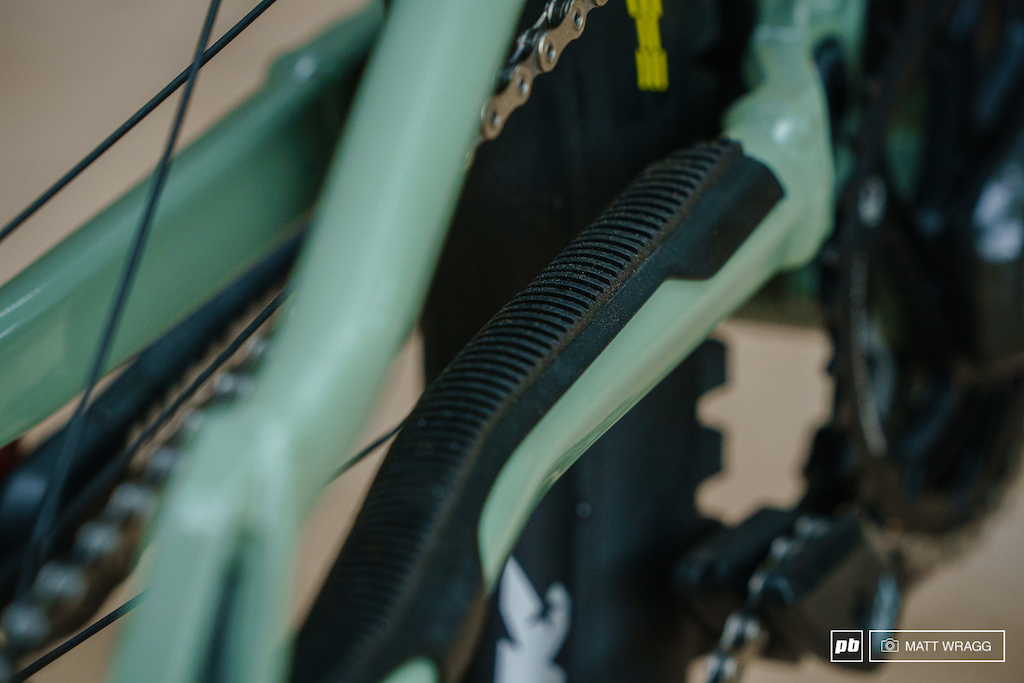 Plenty of rubber on the chainstay to keep things quiet. 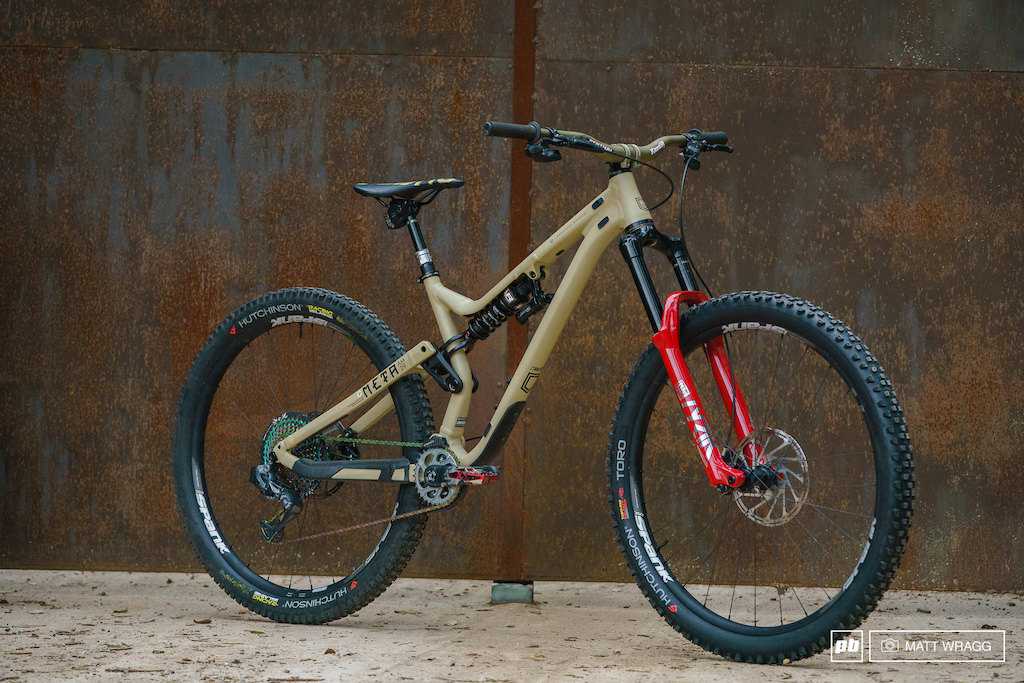 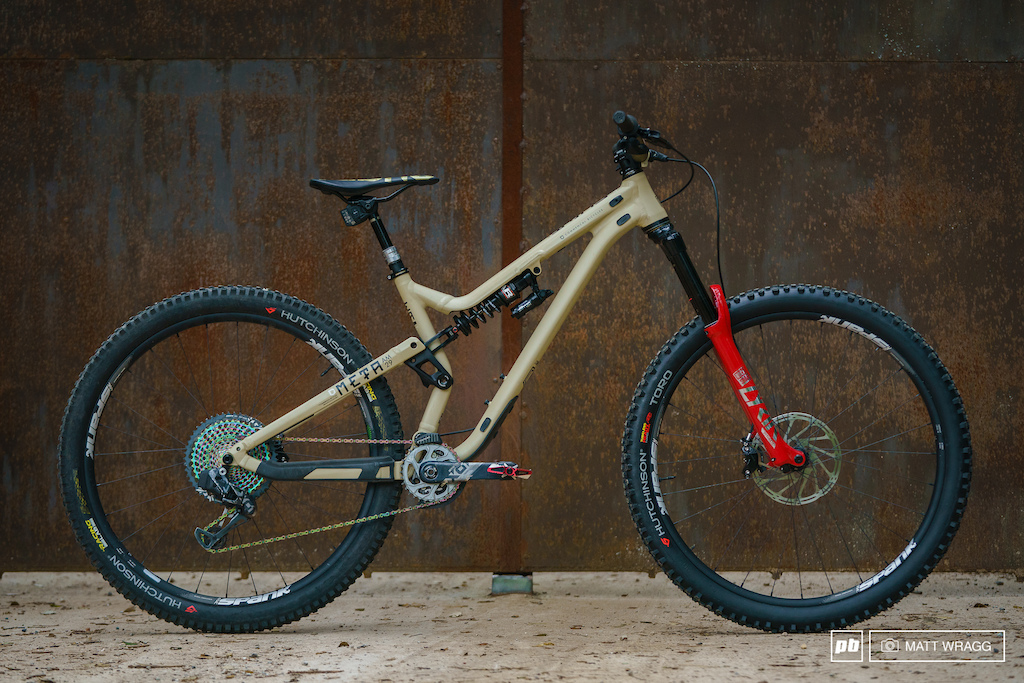 While the DH may be unridden, the Ravanels have private land that meant they could keep playing on bikes through the lockdown - and the Meta was Antoine's weapon of choice during that period. 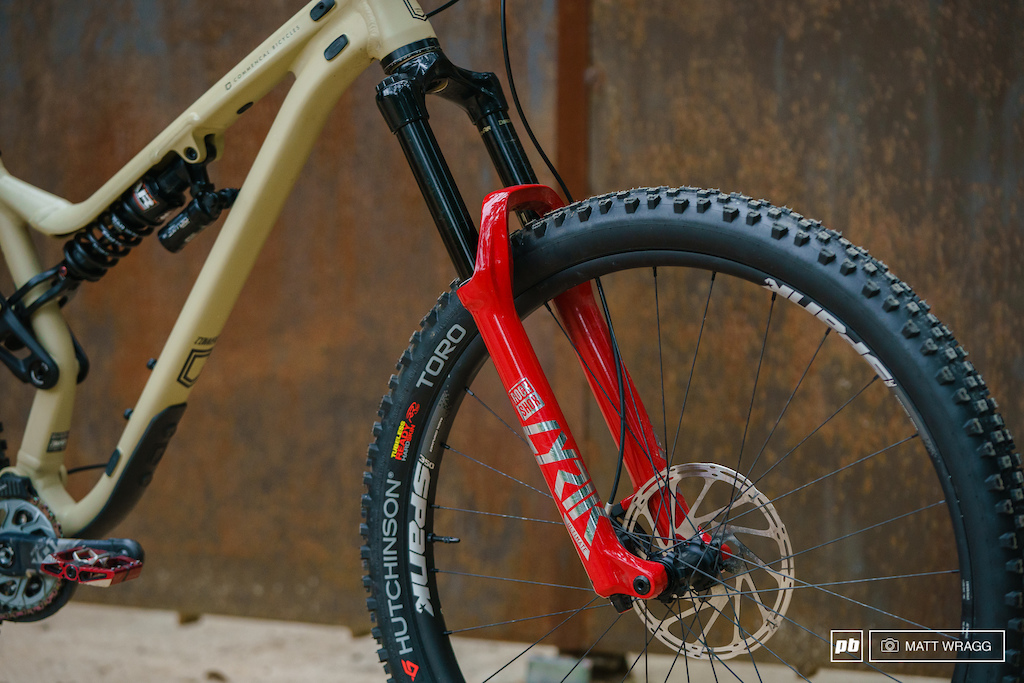 Like the Boxxer on his DH bike, Antoine describes his compressions damping as "fully open." 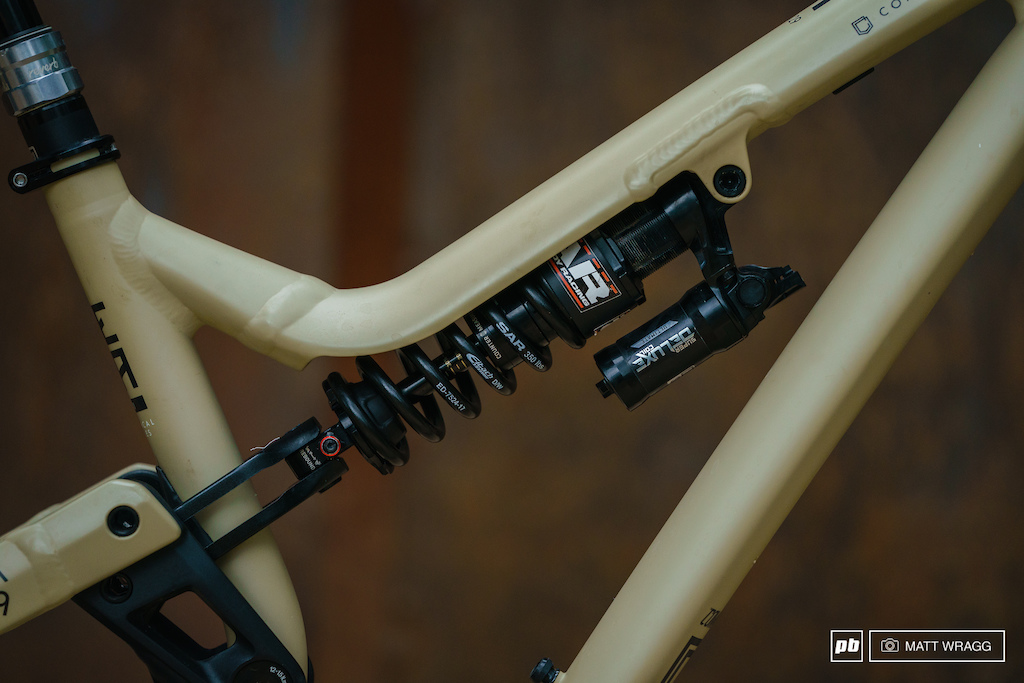 When asked whether his riding was efficient or aggressive, he simply describes it as "dirty." With a 450lb spring (this is Cecile's spring here) the bike is fairly well balanced from front to rear - which is unusual because in the South of France many riders opt for a slightly softer rear to let them ride behind the fork. 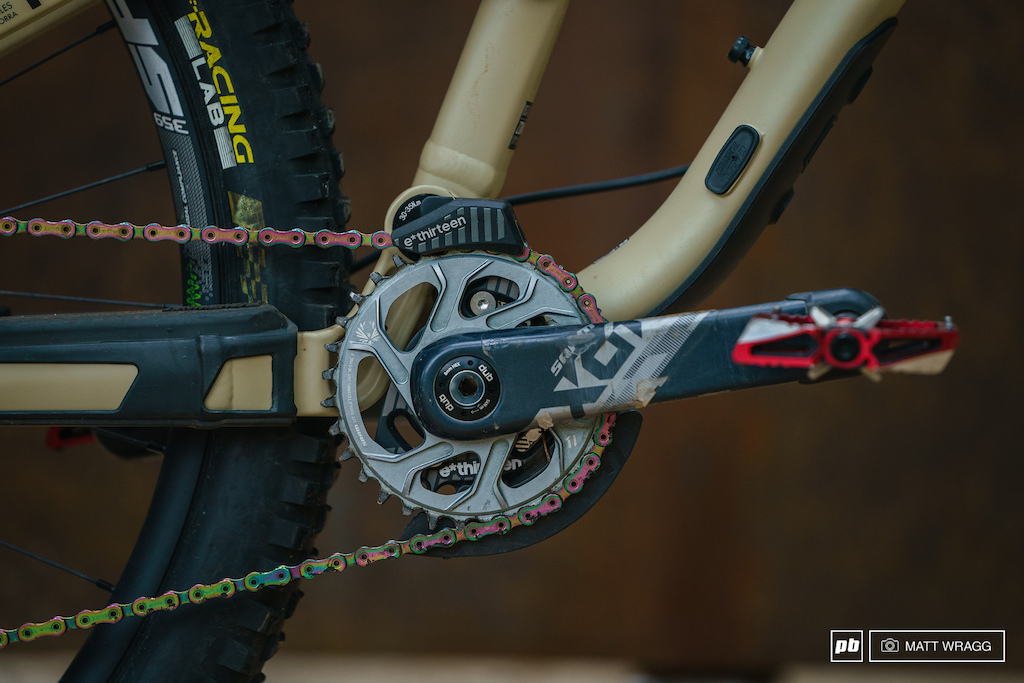 For the time being he has a 32t ring on his Eagle AXS drivetrain. The Commencal team are one of the few outfits that still run bashguards with their chainguides, something most teams seem to have ditched these days. 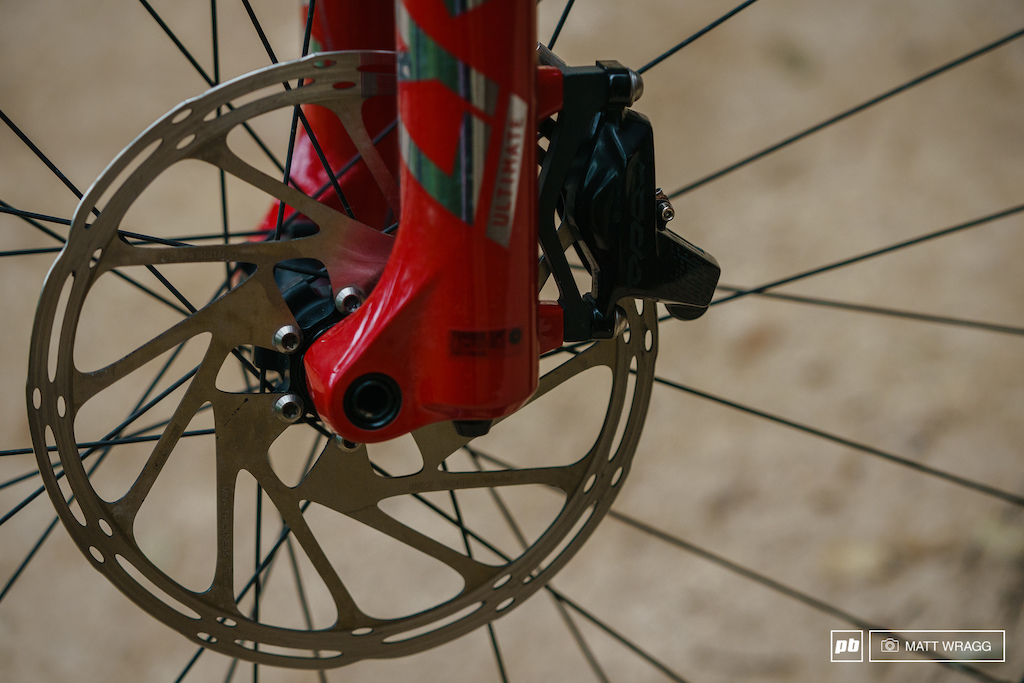 For enduro he drops the rotors down to a more standard 200mm front and rear. 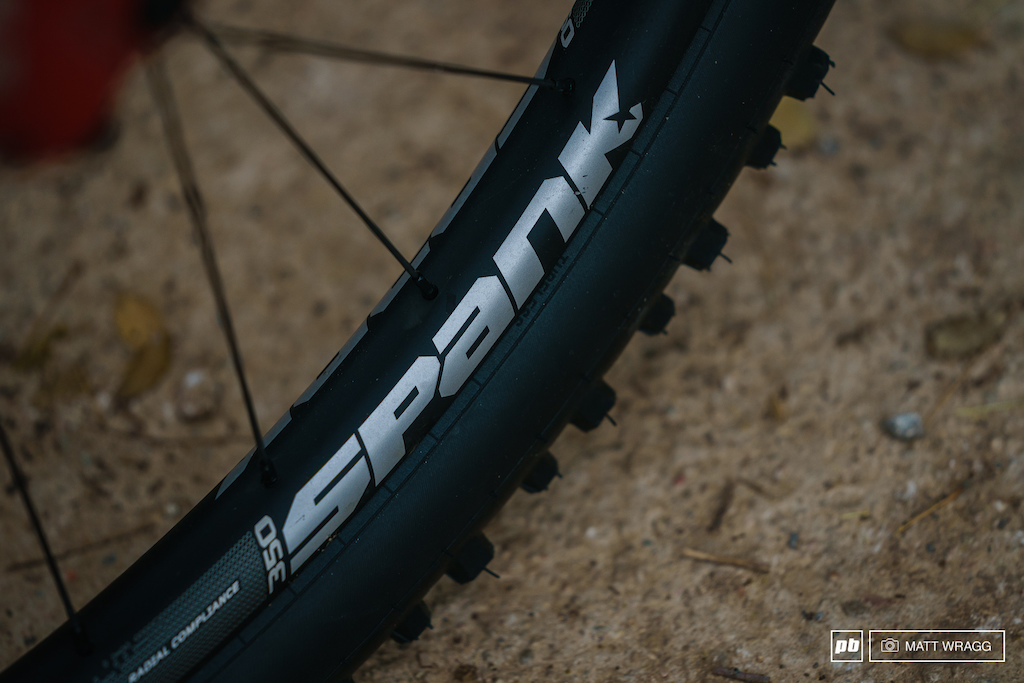 Spank provide the hoops with their 30mm wide 350 rims. 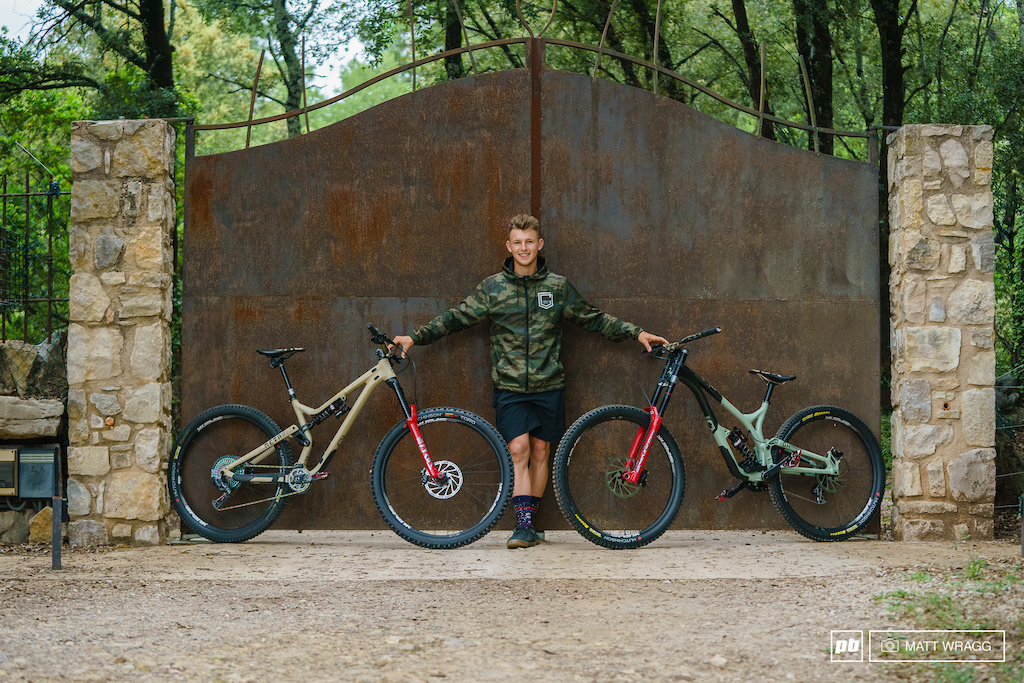 2tall2ride (Jun 29, 2020 at 12:33)
@czumino: My best Canadian version of this statement ''You know you're getting old when the pros looks like the young kids hanging out at timmies past 10pm''

We ride behind our forks in the USA as well, just easier to reach the pedals.

dubod22 (Jun 29, 2020 at 20:20)
Finally a young French rider coming up through the ranks to bring glory to the old sleeping giant of cycling. I remember the golden years of French domination from 1893-2019. It's been quiet ever since.

Arierep (Jun 29, 2020 at 12:03)
Interesting comment about teams stopping to use bash guards, never noticed that

anchoricex (Jun 29, 2020 at 15:02)
@gafoto: I didnt run a bash guard a few years back and I definitely made some sparks fly. Lost a chain at the top of A-line and proceeded to ride that one chainless straight to the nearest bike shop.

Thinking I'll be running a bash guard if I ever get another bike.

hamncheez (Jun 29, 2020 at 13:41)
I'm going to make a steel replica of the supreme, but I'll put a rolhoff hub up by the pivot, just like what Zerode used to do with that crappy alfine hub. Mark my words- give me 8 months

ibishreddin (Jun 29, 2020 at 13:56)
Watching this kid practice in tahoe was something else. Air into gnarly rock garden, front wheel tap another rock, downside and pump the backside of another slew of jank rocks and land in the rut onto the next section. Definately looked more committed than any pro i saw through many sections

won-sean-animal-chin (Jun 29, 2020 at 22:46)
One of the best turns all year. Dirty indeed!! Like he had a throttle on that meta
www.instagram.com/p/BzOj0yKIEur/?igshid=djptnwwdargj

artistformlyknowasdan (Jun 29, 2020 at 12:29)
looking at frame design on the Supreme sporting a dual crown and still can't understand is why KnockBlock is even a thing