Join Pinkbike  Login
2 Comments
As another 365 days pass and the age counter rolls another digit, it seems that each year tends to gain more momentum than the previous, causing time to blur by much like the trees that line my favorite sections of singletrack. It was right around four years ago that the dream to host an event for World Bicycle Relief (WBR) started swirling around in my mind. Back then it was just a distant but hopeful idea, so it's hard to believe we just finished hosting year two of this very positive and extremely entertaining event. If you missed Brews for Bikes (B4B) last year at Mountain Toad Brewing in Golden, Colo., you can read about the project on Pinkbike here. If you missed Brews for Bikes this year, well, where were you?

The overall vision and goal of WBR is to put bicycles in the hands of residents in African villages and cities to improve their quality of life in many ways. A bicycle to someone in Africa means that they can gain a better education, transport goods for small businesses and families more efficiently, and improve their chances of living a happier and healthier life. 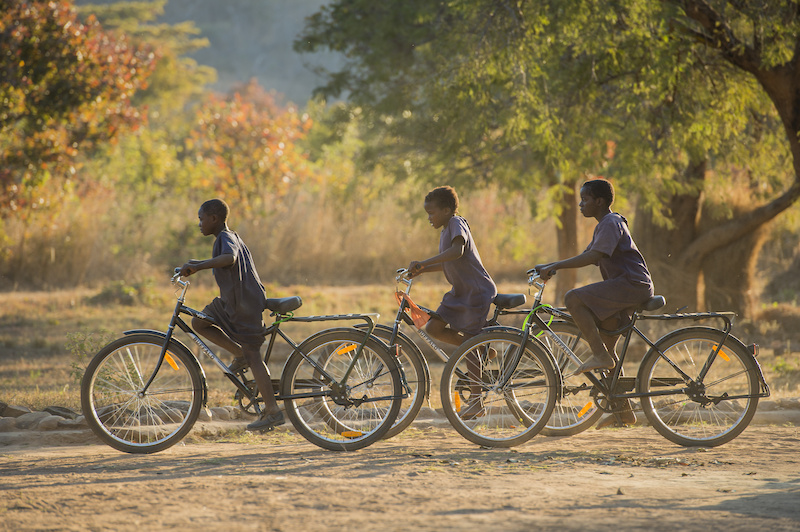 For the second year running, my good friend Muhammad attended the event to enjoy all of the positive energy that comes along with it. Roughly seven years ago, he was granted amnesty to leave his refugee camp in Darfur, Sudan and bring his family to America to live a better and undoubtedly safer life. A few years later the two of us crossed paths as fellow mechanics at a shop in Seattle, WA, where I soon realized I needed to revisit my plan to send bikes to help people like him. As an immigrant and now resident of the United States he serves as a constant reminder that it is greatly important to continue helping others whenever possible. While speaking to those attending the event, he so eloquently noted that "Giving a person a bicycle in Africa is much like giving someone in America a very high-end car." Much more can be accomplished when a person is mobilized via a form of reliable transportation. 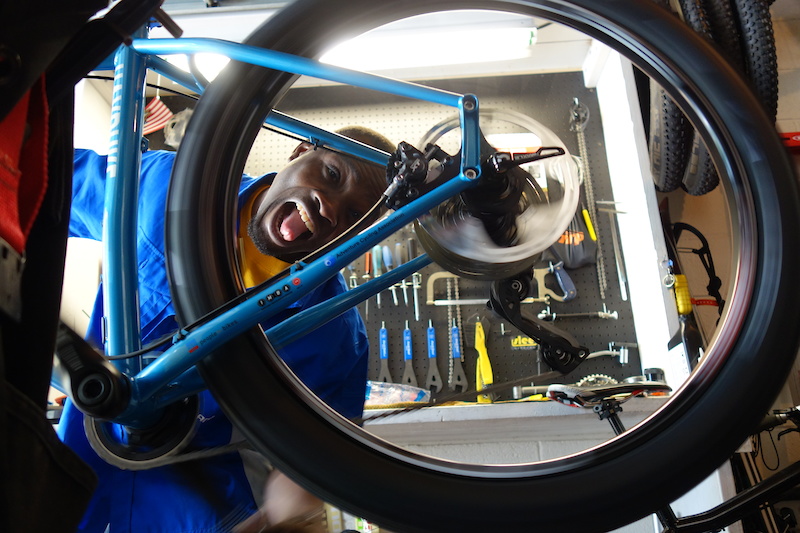 Muhammad is full of life and knows a thing or two about repairing bicycles.

This year we teamed up with many of the same contributors that were involved with the previous years project, but the most notable change in direction was the style of bike as well as the manufacturer. For B4B v2.0 the frame and fork were provided by Advocate Cycles; a company dedicated to sharing 100% of their profits with advocacy groups throughout the cycling community, so it seemed only fitting to join forces with them. The Lorax frame that we used to build this year's custom Advocate/Buffalo collaboration arrived with a beautiful shade of pearlescent green paint and without its typical factory graphics. This blank canvas gave us the opportunity to lay down another set of customized graphics to mirror the Buffalo bikes that are sent to the field in Africa. Gaining help from friends throughout the cycling industry and local community is what makes this project thrive, and truly shows how big of a family the cycling community can be. 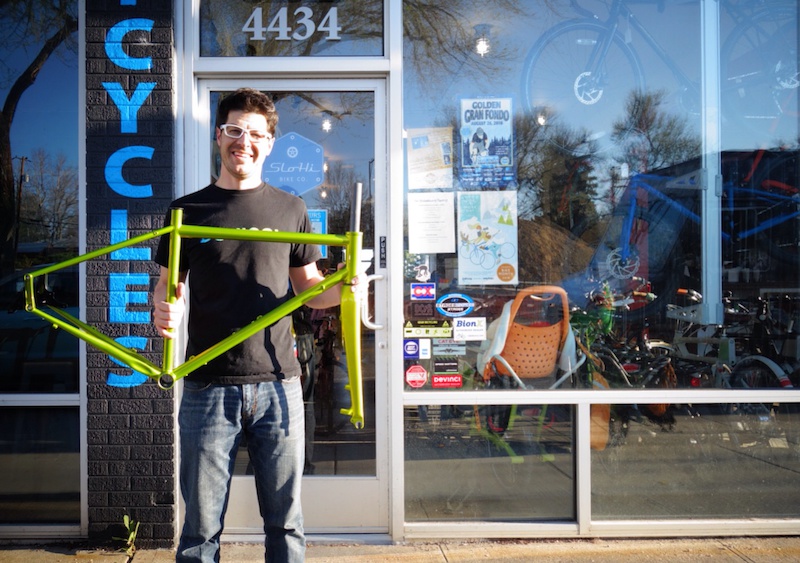 In its first iteration, Brews for Bikes was able to generate enough charitable contributions to send roughly 27 bikes to people in various parts of Africa. In its second year, the event did not produce quite as many bikes to send to Africa; however, the positive energy, education about WBR's scope and the 20 bikes that will be sent to those in need was certainly a win to all that were involved. 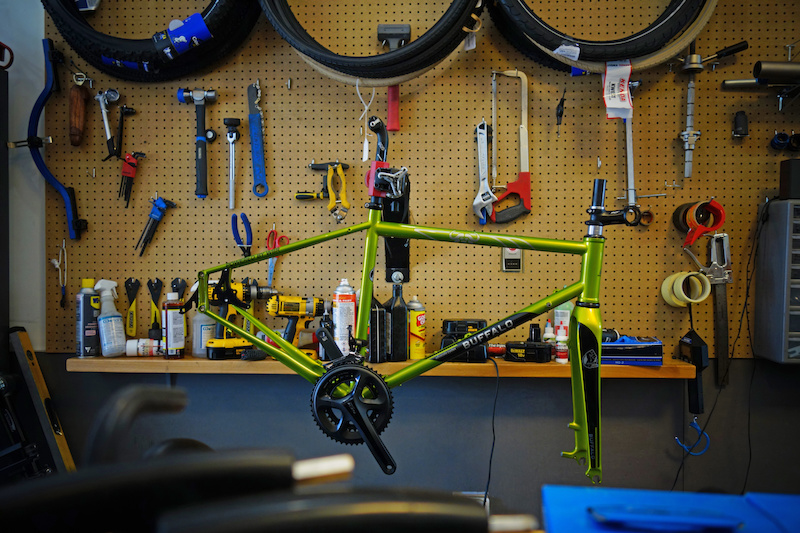 The Buffalo/Advocate collaboration this year was built up by hand at SloHi bike and Coffee, just next door to the event venue; Hogshead Brewing. 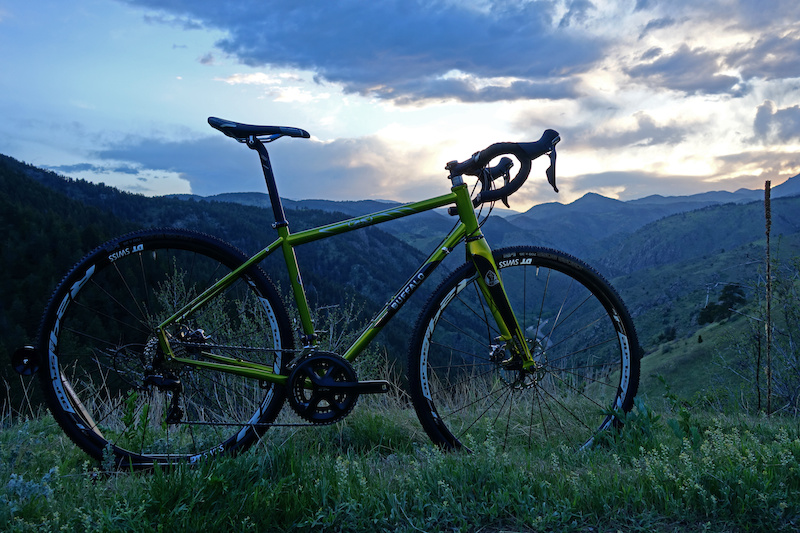 Sitting high atop Lookout Mountain in Golden, Colo., the final product is a testament to the collaborative efforts by all involved. 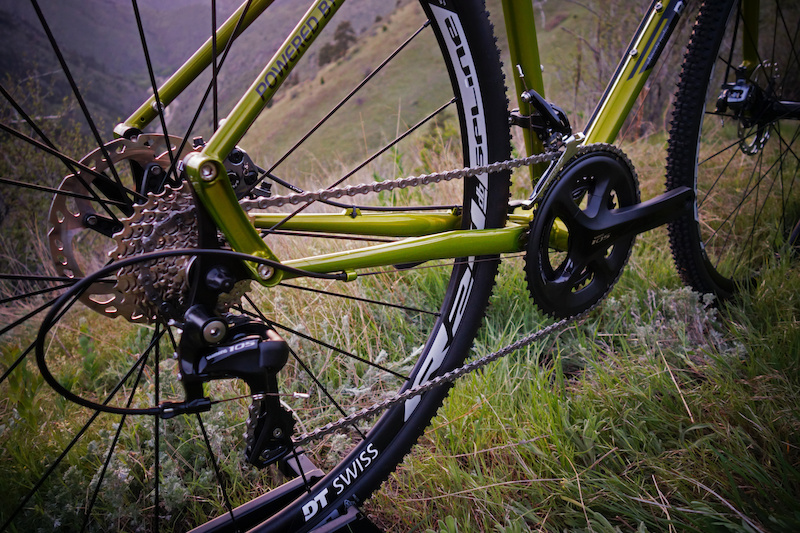 It's all in the details, and this drop bar grinder has got them all over. 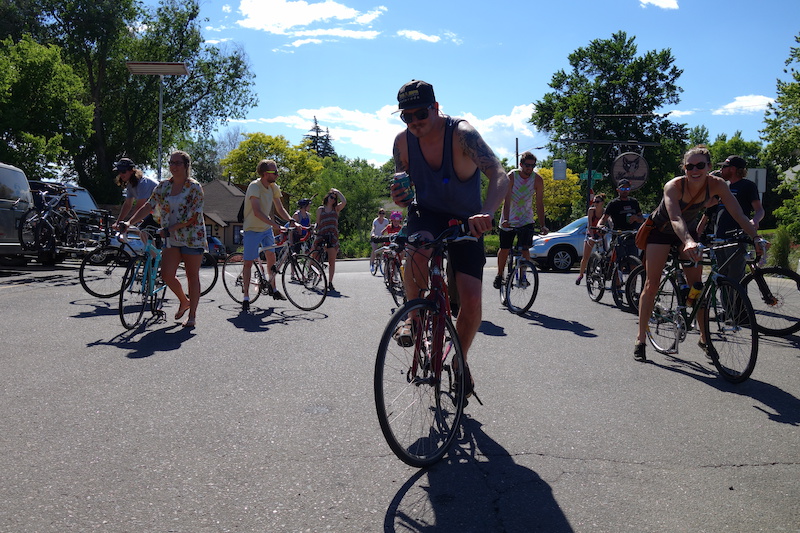 This year's event featured a cruiser ride to kick off the afternoon festivities. 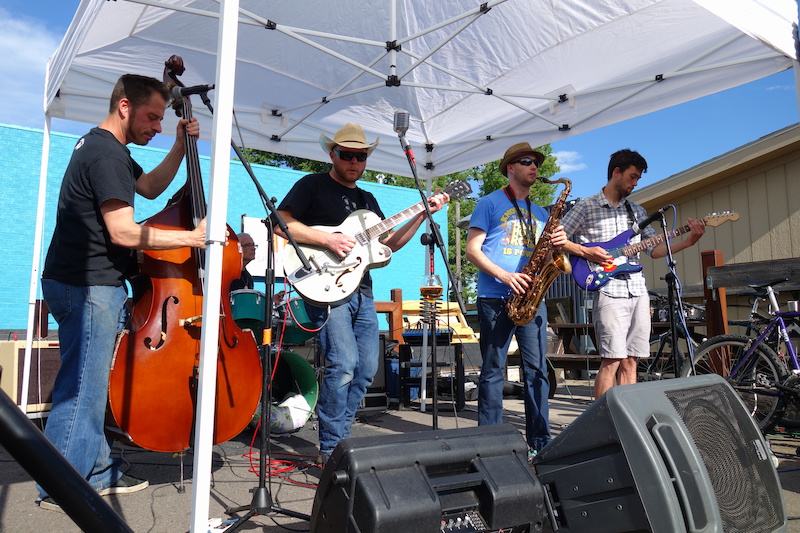 The Lookout Mountain Boys came back for a repeat performance and put on an awesome show as usual. 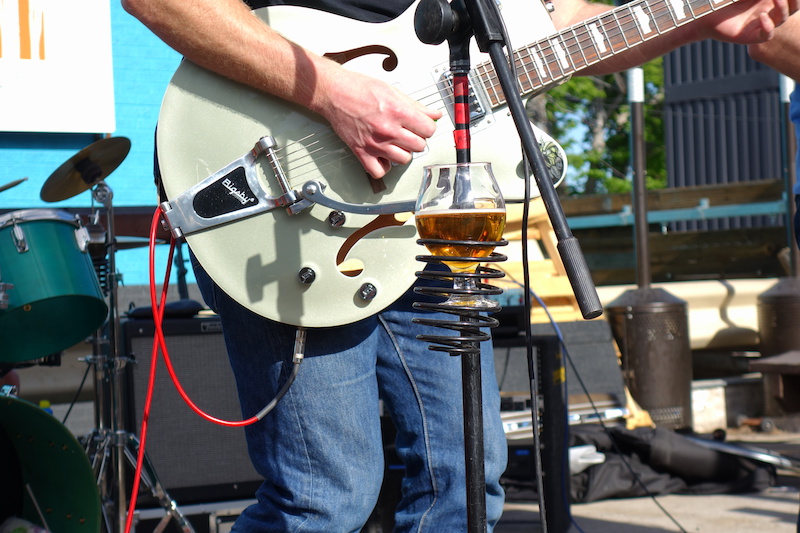 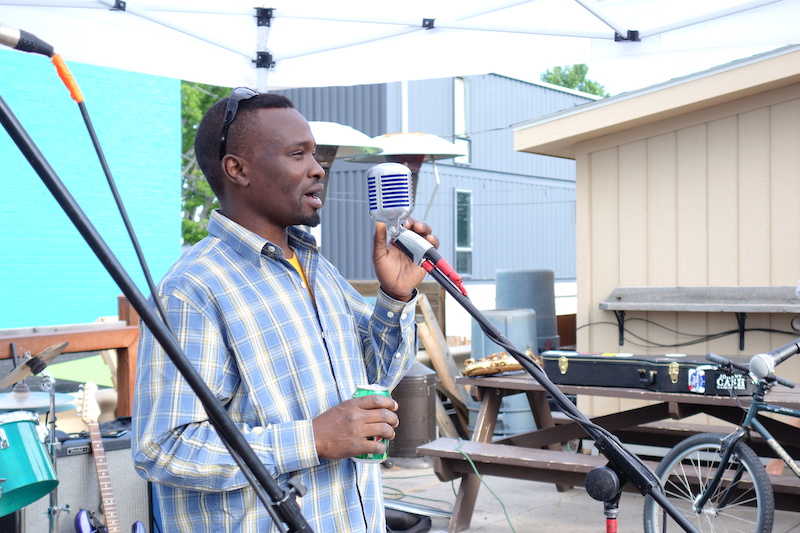 Muhammad is an inspirational human being whose words reached many at this year's event. 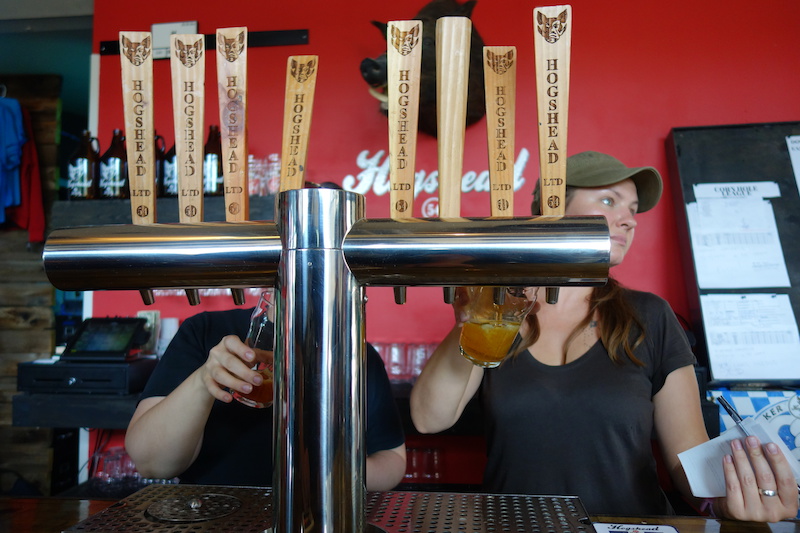 The beers were flowing on Sunday evening in celebration of the power of bicycles. 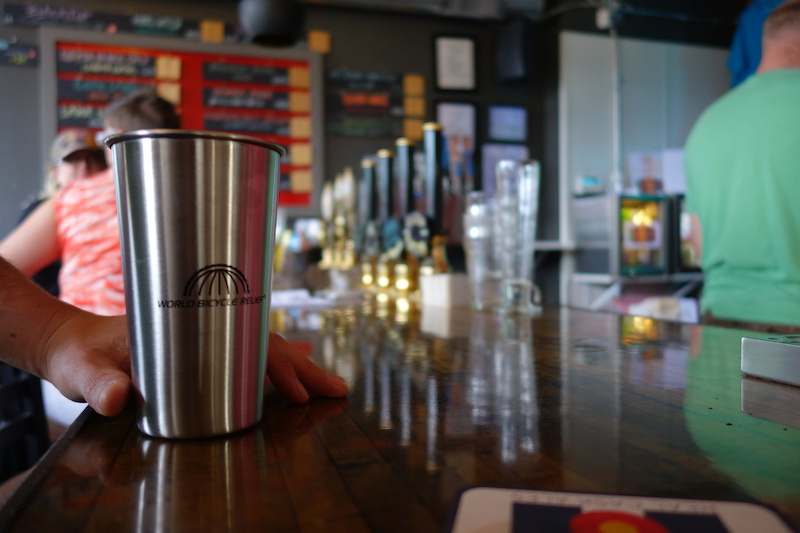 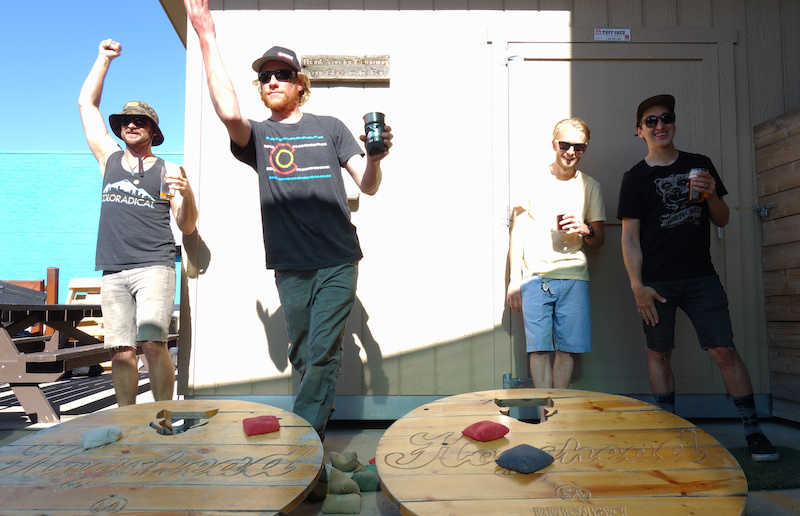 Huge thanks to Hogshead Brewing for sharing their space this year for the party. 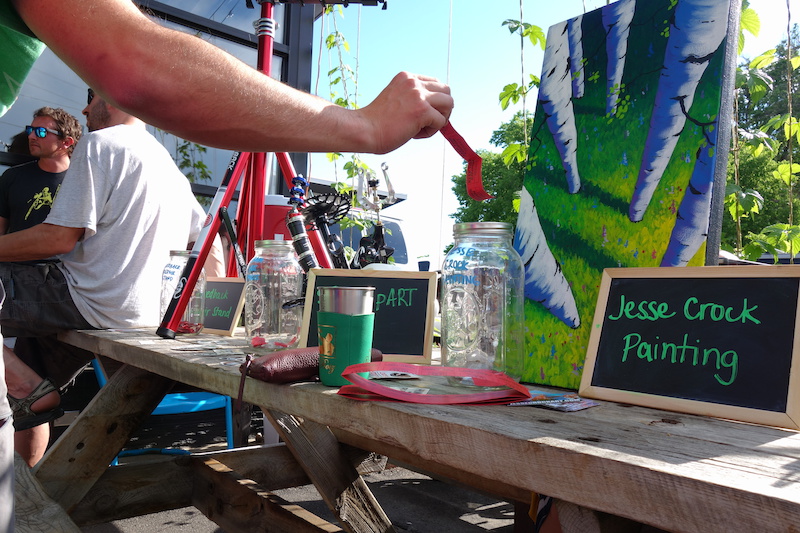 The raffle format this year followed that of last. Attendees had a choice of what prizes they'd like to win. 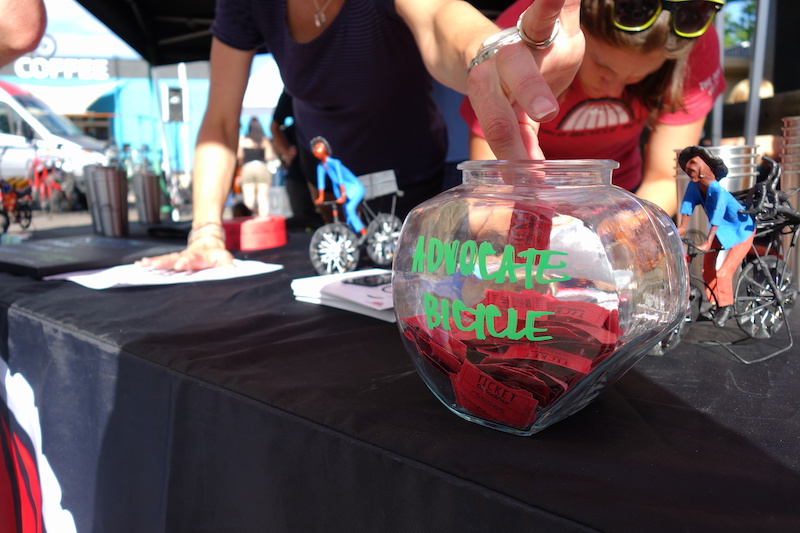 Naturally, the jar that saw the most tickets was for the grand prize, the custom bike from Advocate. 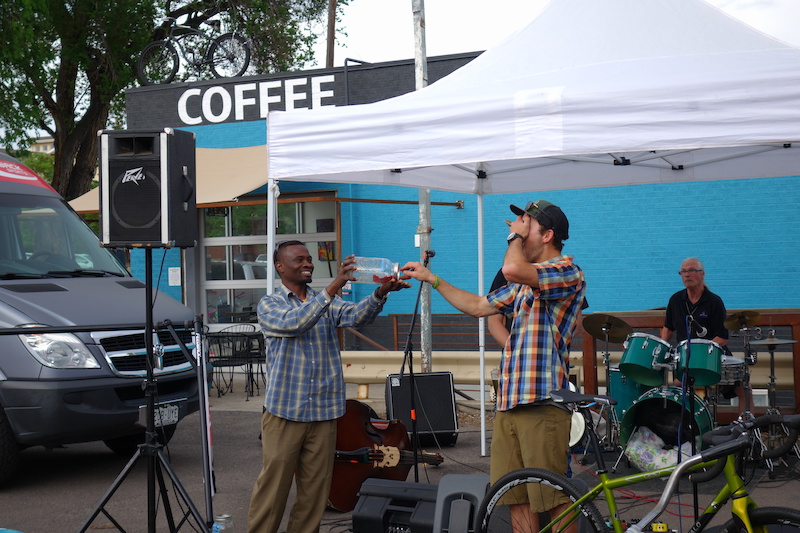 Let the raffle begin... everyone loves winning a good prize. 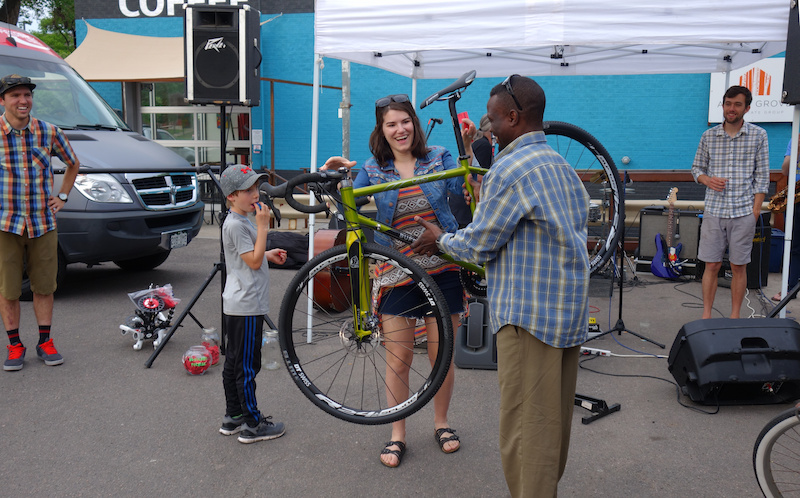 The winner of the bike this year was Megan Lovely, who we all know will love this bike until the wheels fall off. 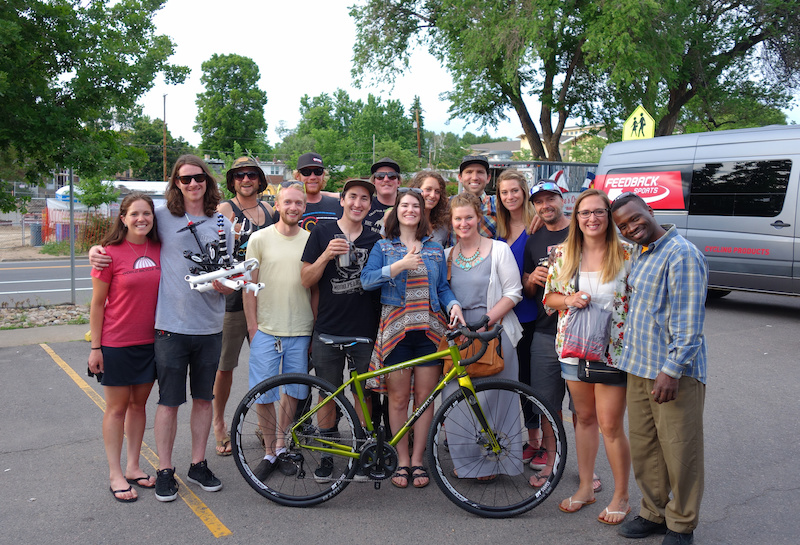 The bicycle is capable of bringing many great people together which is evident in this photo. 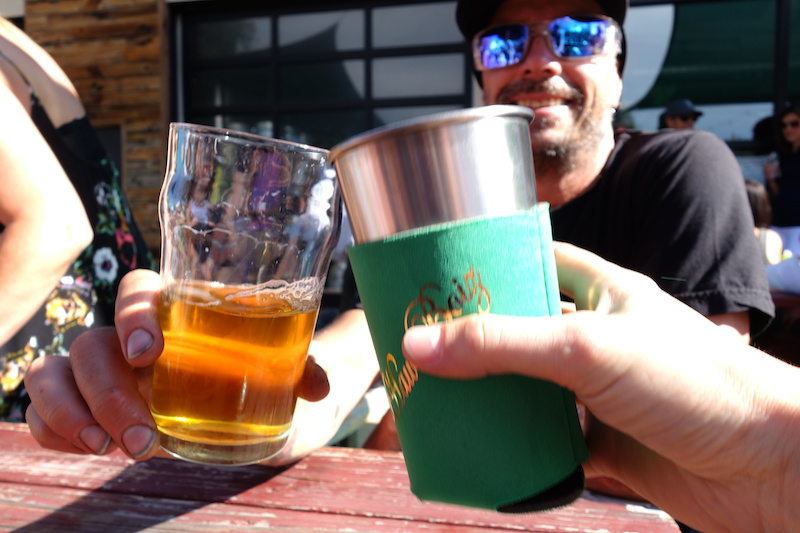 Cheers to another great year of Brews for Bikes. See you all next year at the next party!

To view all of the images captured at this year's event, click here.

Many thanks for everyone involved with the project:

- Advocate Cycles for the donation of a beautiful Lorax frame and fork,
- Victory Circle Graphix for the sharp custom graphics,
- Shimano for a sleek 105, 11-speed drivetrain and PRO components,
- Cane Creek for the bike jewelryesque 110 headset,
- DT Swiss for the contribution of a smooth rolling Spline wheel set,
- Feedback Sports for the donation of a custom Pro-Elite repair stand and bicycle storage prizes,
- Pedal Fit PT for the donation of a custom bike fitting session,
- Jesse Crock for the donation of one of his incredible Colorado inspired paintings,
- Primal for sending out a box full of apparel,
- Hogshead Brewing and taproom for the venue space and donating proceeds from beer served at the event,
- SloHi Bike and Coffee for the excellent hospitality, coffee, and small parts for the bike build,
- World Bicycle Relief for the donation of stainless pint glasses and prizes.
- The Lookout Mountain Boys for putting on an always entertaining show,
- And most importantly for my good friend Muhammad from Sudan (by way of Seattle) for attending the event for the second year in a row.

As previously mentioned, this was the second year of Brews for Bikes, but keep your eyes open for another round of enjoying delicious brews, listening to good music, positive vibes, and most importantly, changing lives one bike at a time. Just make sure you don't miss round three!

Words and photos by: Eric Hockman

Sycip69er (Jul 13, 2016 at 13:48)
Much respect to you and everyone involved in building the bicycle community in Africa and here at home in Colorado. Wish I could have made it. The event looked to come together beautifully.