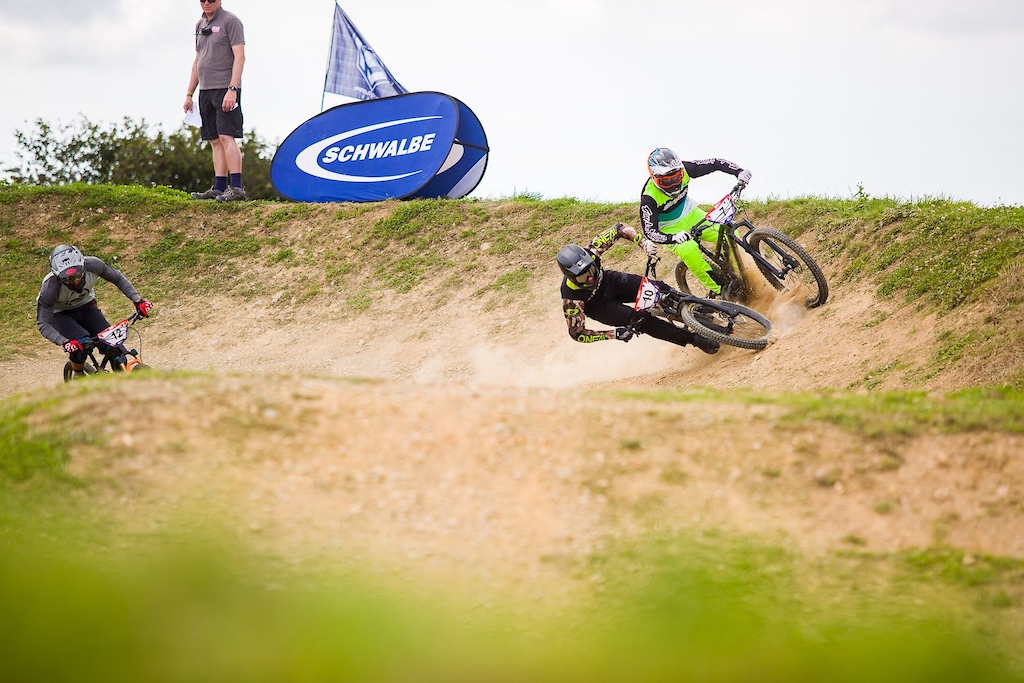 This season will see seven rounds across four venues, with two races on each weekend (one will be the National Championships). Series positions will be based on riders' best 5 results from the 7 rounds.

In 2020 there were only two, non-ranking 4X races in the UK. The first at Redhill Extreme in September, where the 2019 Elite British 4X Series Champion, Connor Hudson, took the win, alongside Josie McFall in the women's category. The second and final race, at Harthill Adventure Park in October, saw the return of Scott Beaumont's winning ways in elite men, while McFall continued to dominate in the women's.

The season will start at Harthill Adventure Park. The venue has been used for the series for now over a decade and also hosted two Euro 4X rounds in 2013 and 2014. The open sandy corners always offer up some opportunities for exciting passes.

The series will then head deep into the South West, visiting Falmouth. The venue which has held two National Championships has provided some spectacular racing over the years.

Recap from the 2014 National Championships:

Saturday 31 July will see riders do battle for the series overall, while Sunday 01 August is for the all-important National Championship jersey. The last time Redhill hosted the National Champs was way back in 2009. After a day of sunshine, the heavens opened on the clay-based track for finals, which was Scott Beaumont and Charlie Philips bringing home the gold. After going through dramatic changes last year, the course is set to host great racing for the 2021 National Championships.

Afan was last seen on the British 4X circuit at the 2019 National Champs, where Will Evans claimed his first jersey, with Natasha Bradley cleaning up in the women's. The rough, technical Afan course is always a test of riders and bikes alike and will provide a great show for the final two rounds of the season.

Until further government announcements, the events will follow social distancing rules:
• Riders must not gather in the car park, race HQ or trackside unless following the 2m rule.
• Face coverings must be used in queues for registration / behind start gate unless 2m distancing is possible.
• Riders will follow 2m distancing until called up to the start gate. Once each moto/race is completed riders must follow the 2m rule again.

nojzilla (Mar 27, 2021 at 3:52)
@nakedracing: not enough open area to distance I guess? Dying to see an ride the new Redhill though, so hopefully that'll be my old man big fun race of the year ????