Bruce Klein has announced he will no longer be racing with the Commencal 100% team from 2020 onwards.

Klein spent two years racing for the second Commencal team and, despite missing most of 2018 with an injury, picked up a best World Cup result of 16th at Snowshoe. He also won the silver medal at the Canadian Open DH race at Crankworx this year.


So what next for Bruce? Well, there's no official word yet on his future but we've seen him riding a GT Fury however it wasn't specced using current Factory Team sponsors, so it could just be a red herring. We'll update you when we have official news. 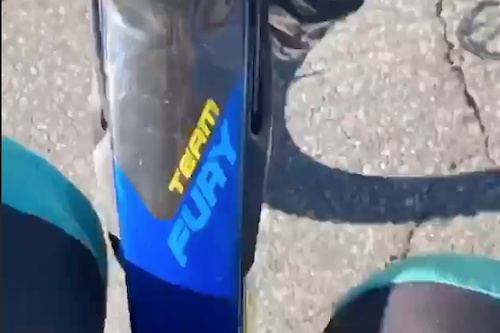 Is this a hint as to where?

freeridejerk888 (Dec 19, 2019 at 18:46)
Anything will be w downgrade bike wise or if hes lucky enough ti get with intense or santa cruz itll atleast he allost as fast of a bike

thesharkman (Dec 19, 2019 at 18:12)
Assuming Gwin doesn't comeback to his old self then Klein is probably the next great USA DH rider. Luca Shaw just doesn't have that killer instinct, Charlie Harrison will continue to improve, but Klein is there and ready to challenge with the right team and support.