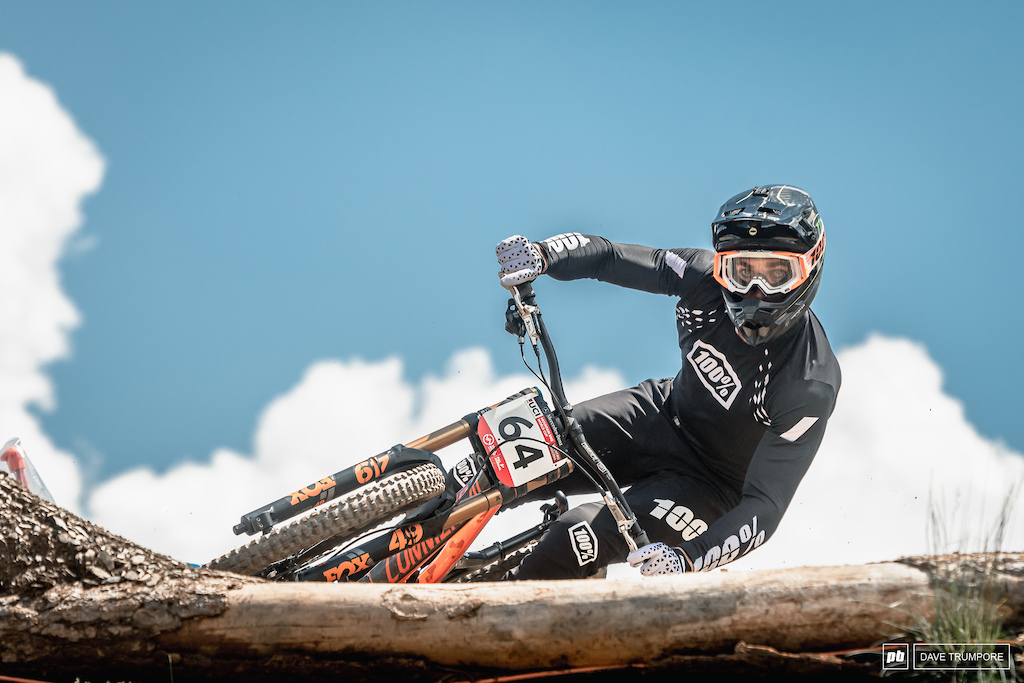 American downhill racer Bruce Klein has announced on social media that he is stepping away from full-time racing. Klein has spent 10 years as a full-time racer and has ridden for the Commencal 100% and KHS Racing team among others. Klein has won many races on the US domestic circuit and has twice picked up a medal at the Canadian Open DH race at Crankworx Whistler. 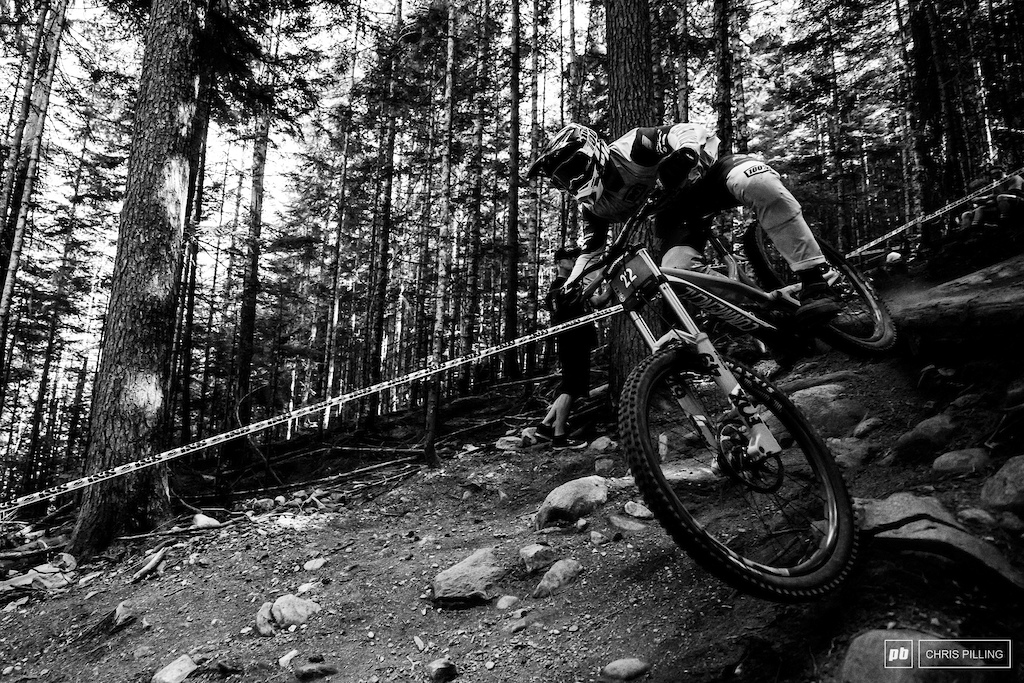 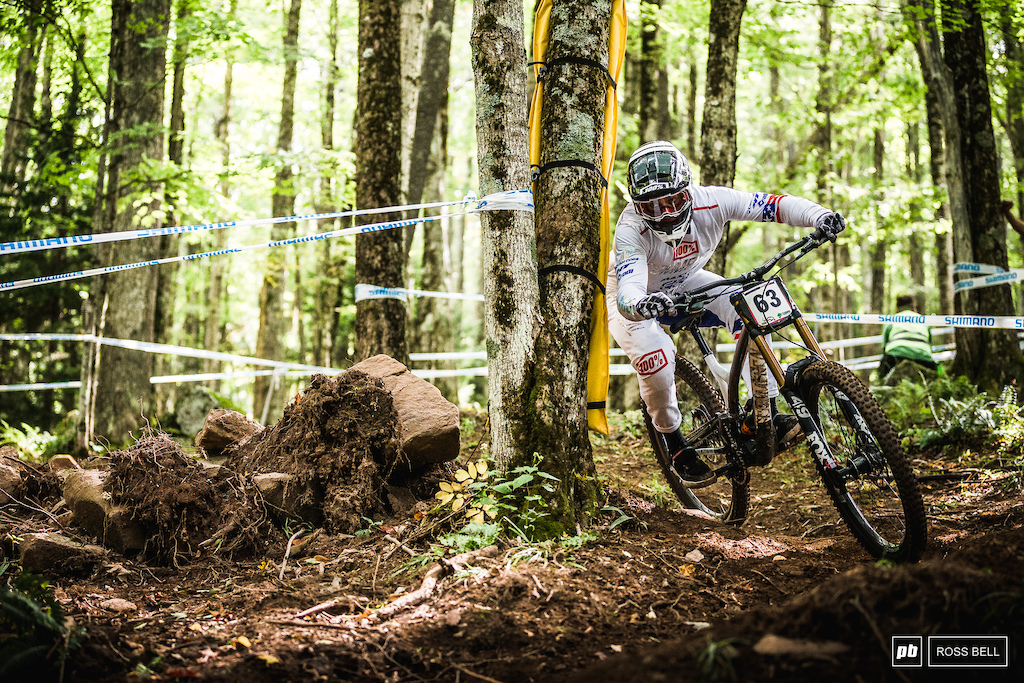 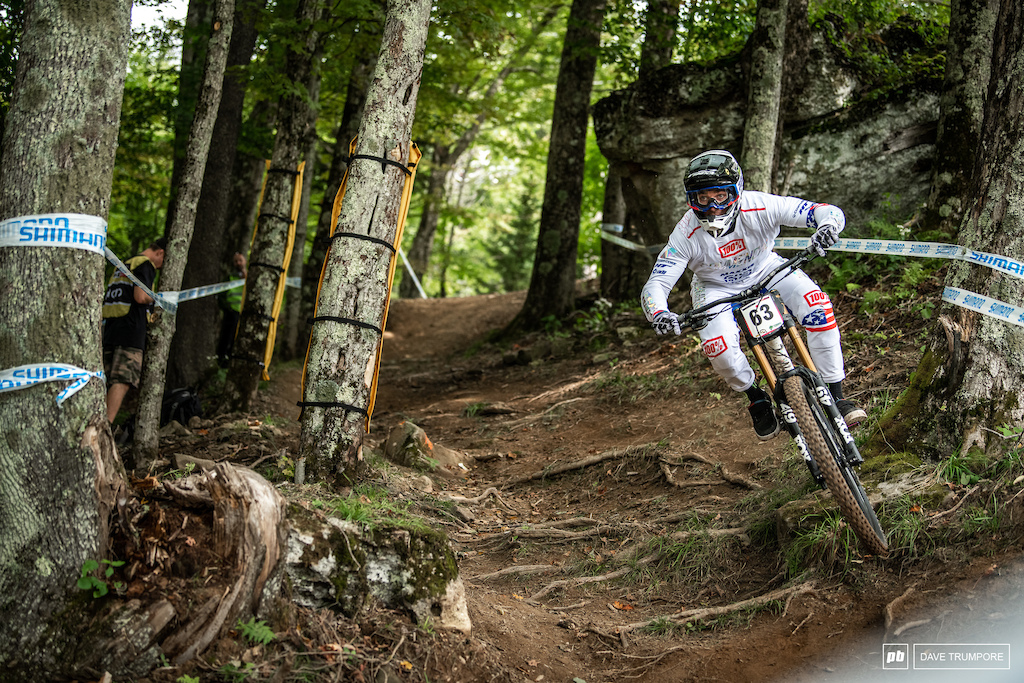 We will miss seeing Bruce on the circuit and wish him all the best in his future endeavours.

bretttippie (Jan 3, 2021 at 7:52)
Thanks for the inspiration Bruce! Always pinned, and with a friendly vibe in the pits. Congrats on a legit racing career and good luck in the future you wild man!

Dustfarter (Jan 3, 2021 at 10:30)
I only had one interaction with him at a local DH race. I was nervously eyeballing a pretty sketch section and he took the time to stop and show me the line. I'm just a random middle aged dude. Nice guy that absolutely shreds.

suspended-flesh (Jan 3, 2021 at 10:11)
Seeing you race at Mammoth in person really made me understand what Pinned meant and why some people are Pros and the rest of us aren't. My Fantasy DH teams will miss you. Best of luck in future endeavors.

likeittacky (Jan 3, 2021 at 10:21)
I wish with these types of announcements, they give some sort of insight of future plans or different path they've decided to take; as long as it's not a personal situation that doesn't need to be discussed.

SD-Cyclist (Jan 3, 2021 at 15:40)
probably just find a normal job that will actually pay you and probably much more low stress situation. These guys dont get paid shit and its pathetic.

honda50r (Jan 4, 2021 at 4:27)
@SD-Cyclist: Out of curiosity what's a ballpark salary for these mid-level pros? The guys that ride full-time but aren't getting rich that is - not superstar top 1%

JSTootell (Jan 5, 2021 at 7:52)
@honda50r: My guess would be in the mid to low 10's of thousands. Definitely a side job is required and the racing is more about the passion than anything.

way2manyhobbies2keep (Jan 4, 2021 at 12:48)
I always hoped Bruce would make it, seems like the all too familiar story of injuries and inconsistent results. Really puts into perspective how serious the competition is cause Bruce is gnarly as they come,

Sugarbrad (Jan 3, 2021 at 8:23)
Good luck with your future ventures Bruce! Than, Eames, and I will miss seeing you in a USA jersey but we know you will excel at anything you do. Godspeed!

SeanC1 (Jan 3, 2021 at 21:13)
Bummer. I remember seeing him race at Fontana way back in the day. Thought he was going to have a huge racing career! Best of luck to him in whatever he's going to do now!

eurojuice (Jan 3, 2021 at 21:27)
Good luck and best wishes to Bruce. He definitely has the physical gifts and talent. Seems too soon, but we all must choose our own path. Go get it BK.

robito (Jan 3, 2021 at 6:50)
This is what happens when the top US riders can't make a living wage. What a shame. I was expecting a bunch of top 25 finishes in WCs, if not higher, out of this super talented rider. Got to make the decision to make a living at a certain point. Gwin, put him on the team! You've siphoned enough money out of the sport...

mountguitars (Jan 3, 2021 at 12:53)
Having heard someone for the first time when they officially end their career on the front page of PB... all the best dude!
Below threshold threads are hidden

shredddr (Jan 3, 2021 at 5:56)
No disrespect to Bruce, but what makes a rider switching teams or retiring appear in the general Pinkbike feed?

j-t-g (Jan 3, 2021 at 20:47)
@deeeight: You don't care about me! That's the point! You're deeeight, pinkbike's most outspoken ******* of all time (a term of endearment, trust me)! I've really missed reading about how the Demo is downright dangerous and the plight of all who ride it, and other crazy crackpot theories. And here you are, back for 2021 and ready to set the comment section ablaze once again! Welcome!

You're just some random reject who lives on this site. But if worrying about me helps you sleep at night...have at it. I won't lose any sleep worrying about your pathetic existence.
Post a Comment