Join Pinkbike  Login
Locals Episode 2! Coming at you from Pasadena, California with the most excited rider you’ll ever meet, Bruce Klein. Bruce’s stoked is next level. Hyped on being stoked about being pumped. He's got this burning motivation that’s so intense you can’t help but get inspired. His eagerness to learn and absorb keeps him improving and has pushed him up the ranks quickly. 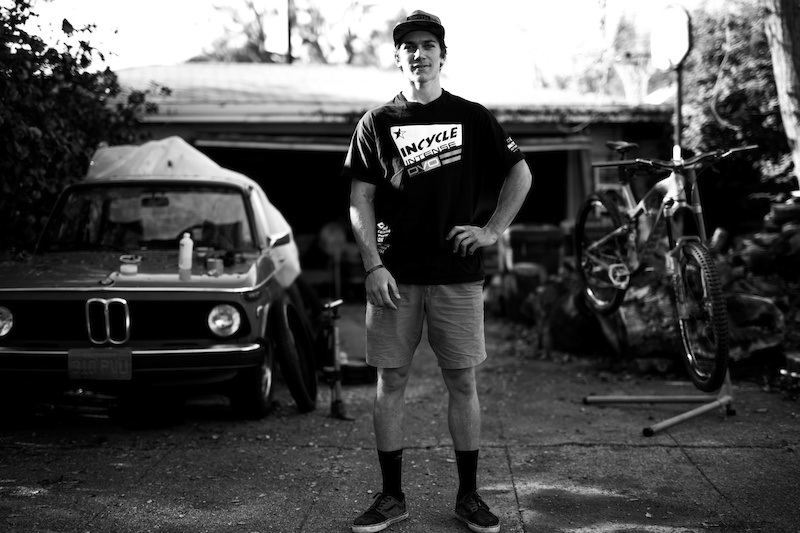 As a bit of a late bloomer to the DH race scene, he's done nothing but turn heads. In 2013, he did his first race at the Fontana Winter series. Immediately seeing it as his calling, Bruce put his nose to the grindstone and turned all his focuses on racing. 2014 started with a broken collar bone but he would end up on multiple DH Podiums and win the Junior class at the Winter Park EWS. Although he said he loved enduro, his true passion lies with DH. 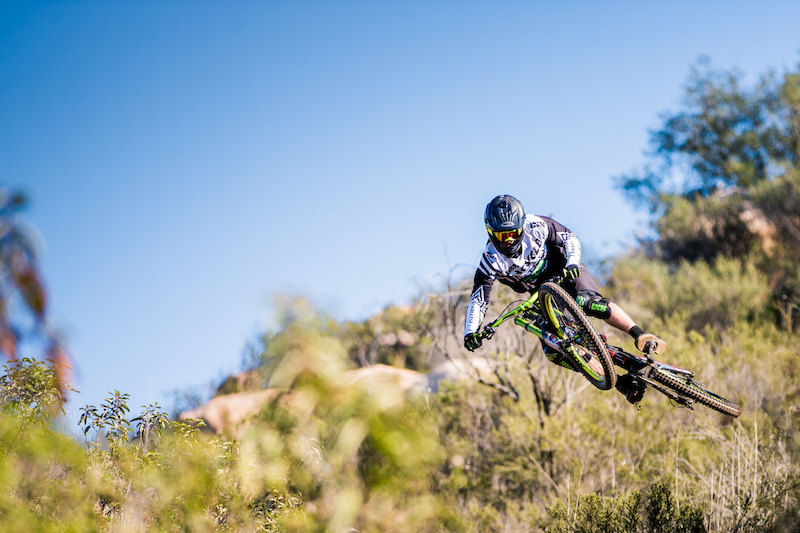 Getting a taste of what could be, Bruce stepped it up to another level for 2015. He would prove to be a dominant force in the National Series winning almost half the rounds and podiuming at several others. These stellar results landed him a US team spot for Mount Saint Anne, Windham and the World Championships. His full throttle mentality got the best of him at world champs, in the last corner. He washed the front end and had to run with his bike across the line to a 12th place finish. 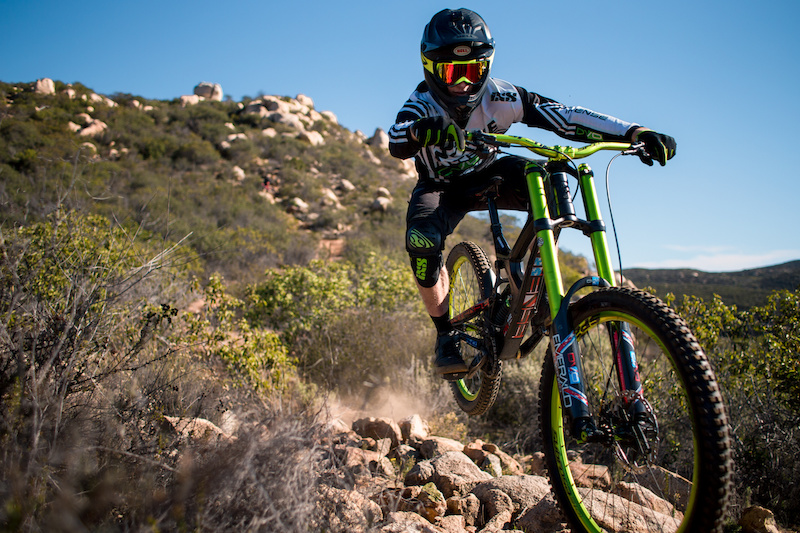 2016 brings Bruce’s rookie year in the Pro class and we couldn't be more excited to see what kind of damage he can do. His schedule will now focus more on World Cups and only a few national rounds. Bruce chose to finish his last year of high school online so he can focus 100% on his dream. Now filling his days with workouts and rides with the homies. Seeing someone come up so fast and to be so unbelievably excited about a sport is refreshing. Keep your eyes peeled for this flying ball of excitement.

leondelmonte (Feb 28, 2016 at 20:40)
best clip from SoCal Ive seen so far, so raw, so over the edge, pushing it, you can even tell on some sections how he almost lost it by an inch, Great Job!! Now being a local too, need to find this trail Right now!!!

ejopdahl (Feb 28, 2016 at 21:08)
That's the funny thing about the socal scene. Not even the locals know where the trails are. Impossible to share a trail with someone without it getting ripped out a month later. And no that is not Simi Valley.

turbohippy (Mar 2, 2016 at 8:25)
cool vid but make it longer so you don't have to mess with the song. Children of the grave by Black Sabbath is too good to chop up!