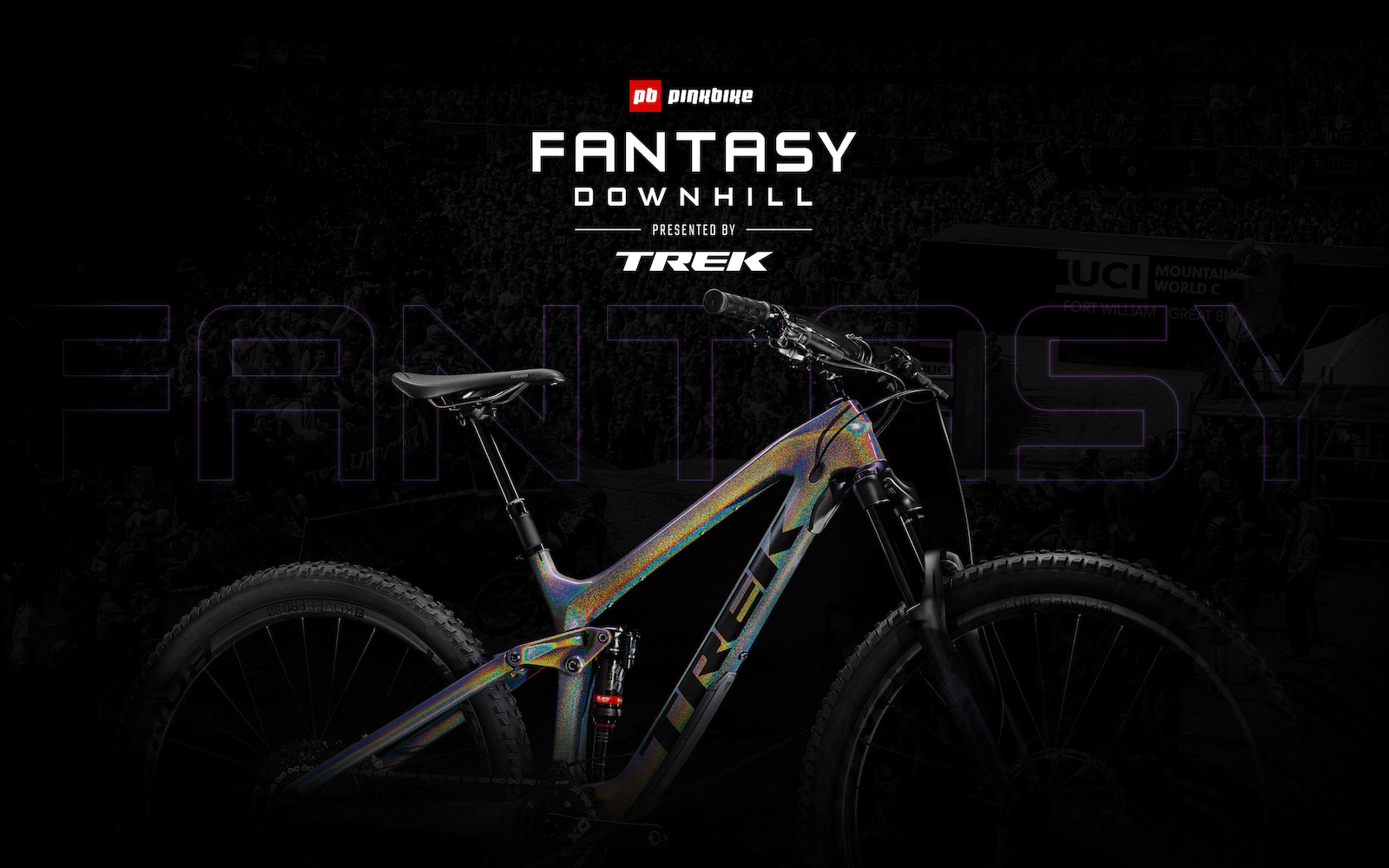 It's back! Pick your dream DH World Cup team and you could be the lucky person who gets to design a custom Project One Trek Slash carbon frame to bring home kitted out with Rockshox suspension and SRAM components!

Get ready to show your skills for picking winners, at all 8 rounds of the 2020 UCI World Cup and the 2020 UCI World Championships. With a fictional budget of $1.5 million you will choose your ultimate team of 6 riders (4 men, 2 women) and go to battle in the Fantasy Downhill League. Each round you can make changes to your team and you can be apart of 2 mini-leagues and compete against your friends. Each race round will have feature prizing for the overall Top Team of the round and then at the end of all 9 races, we crown the overall Fantasy Downhill Champion and present the Grand prize of a complete bike! 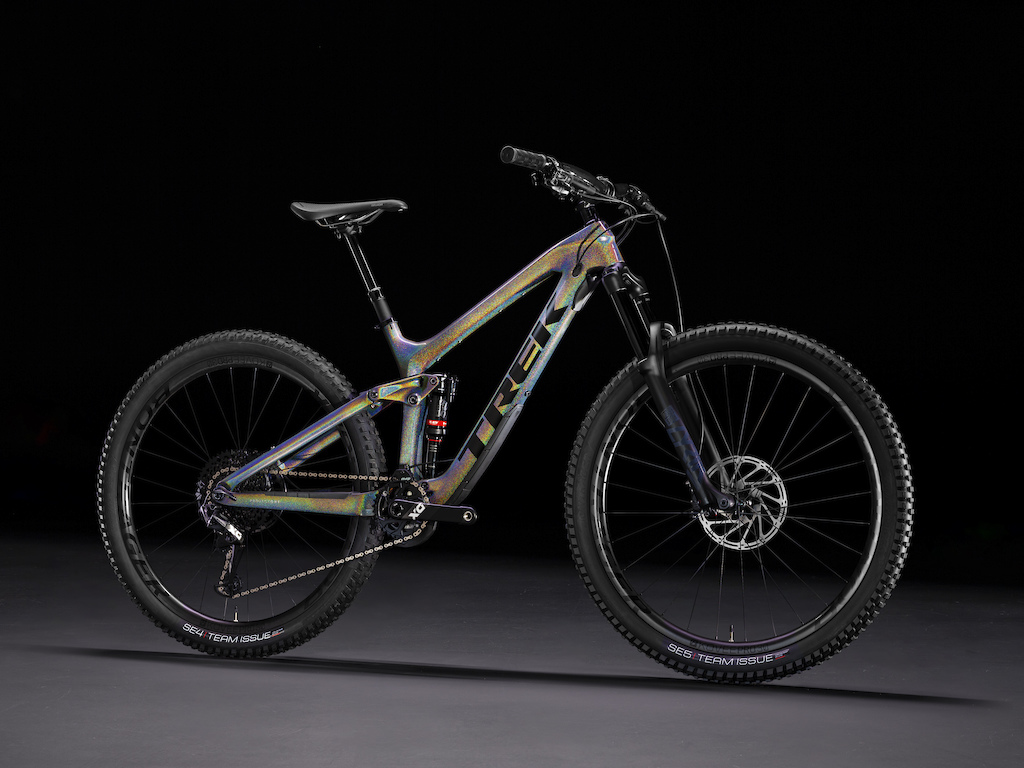 Prismatic Pearl is one of literally hundreds of combinations of custom paints the winner gets to choose from with Trek's Project One program.
Prizes
Grand Prize
Season Overall 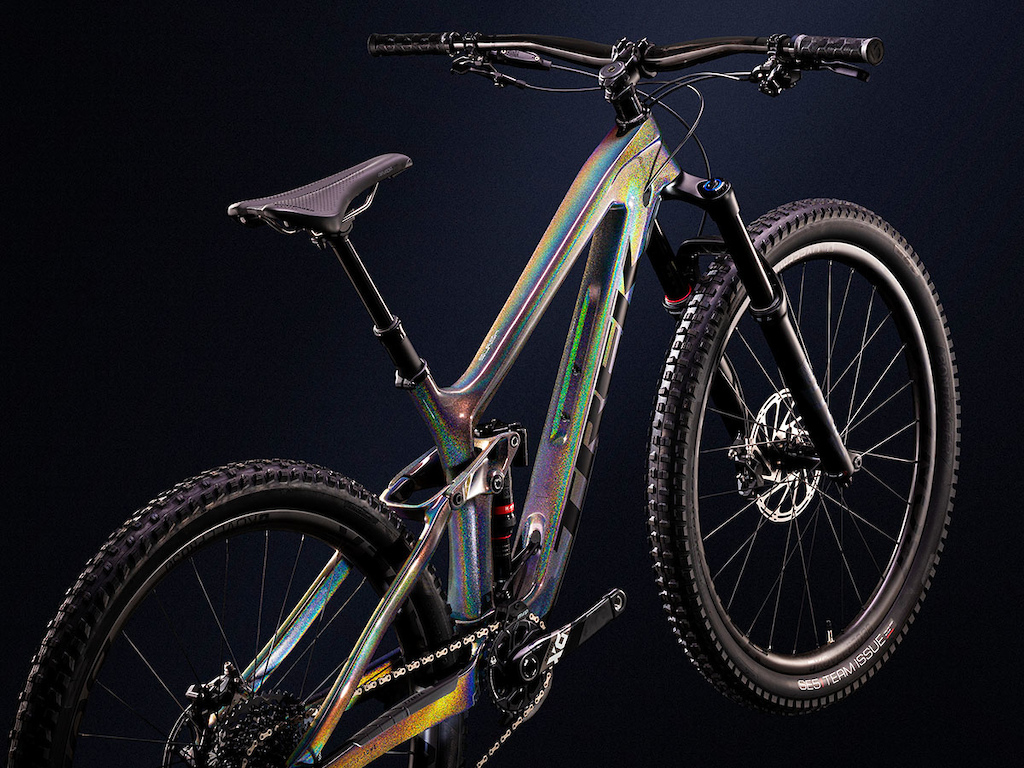 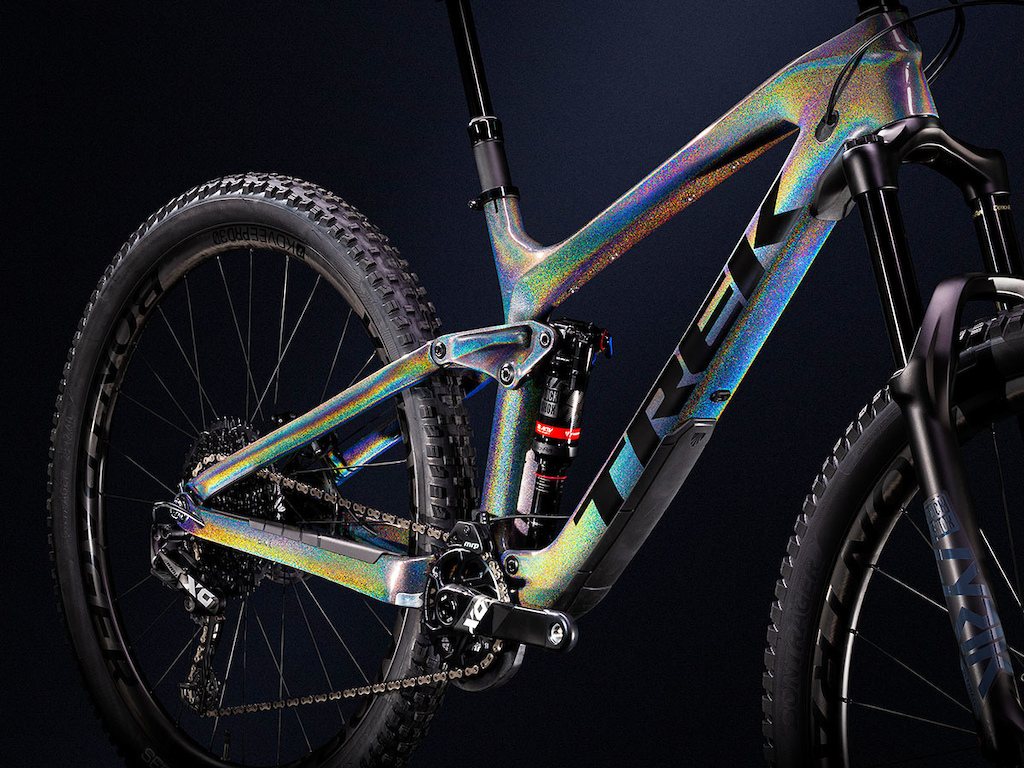 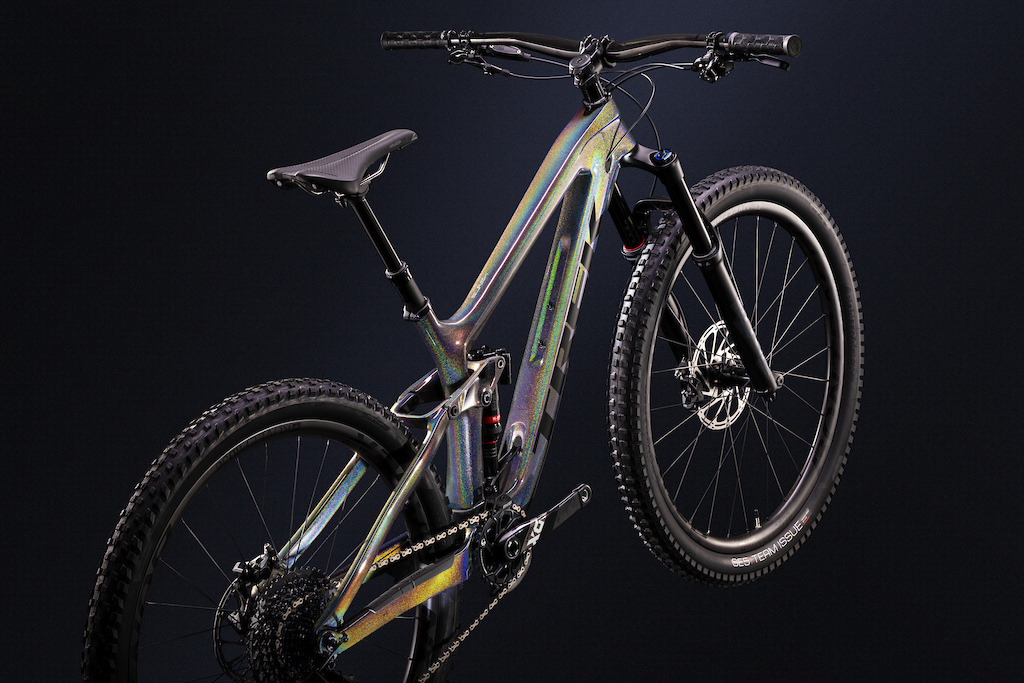 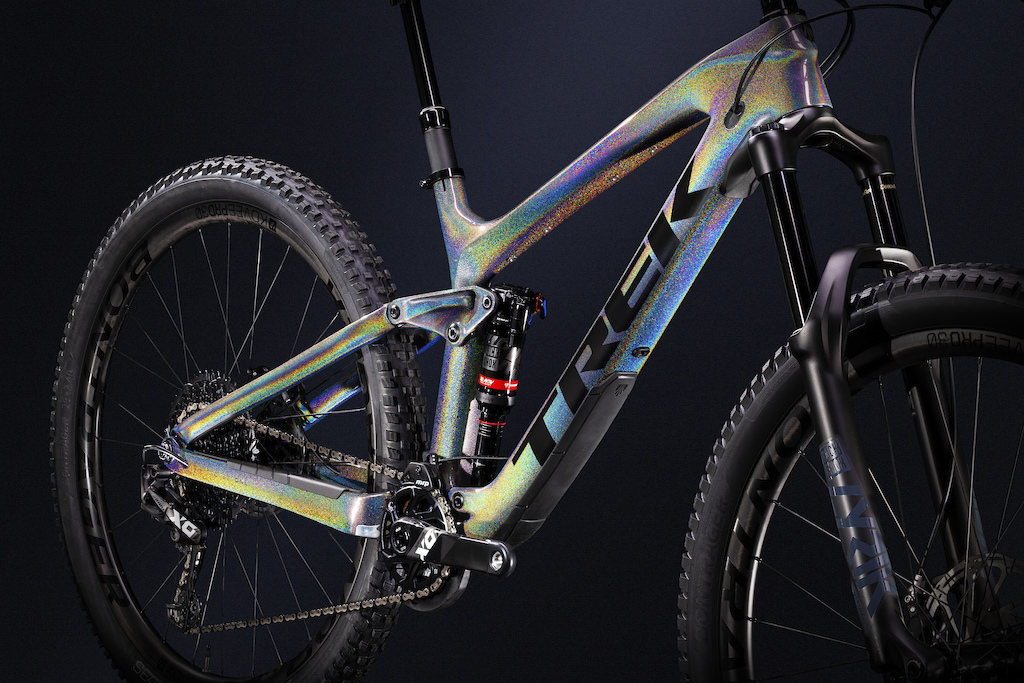 First round prizing to be announced. Round Prizing from the following brands: Trek, RockShox, SRAM, Bontrager, 100%

IMPORTANT: To maximize your chances to win the Grand Prize Custom Project One Trek Slash Carbon with SRAM and Rockshox components, we recommend you have your team created by March 20th 2020. You will want to maximize your points score and have your team present for all races. Teams created at a time after races have previously occurred earlier will not be eligible to backlog points that riders would have accrued from previous races.

JacobyDH (Feb 26, 2020 at 20:13)
ANOUNCEMENT: instead of clogging up other people’s commenting space, let’s brag about our Fantasy scores at this forum! www.pinkbike.com/forum/listcomments/?threadid=218484

JacobyDH (Feb 26, 2020 at 16:01) (Below Threshold)
@fruitsd79: also, is it electric? It looks electric. I would love to have a DH bike that’s electric (not that the slash Is a DH bike). I could cruise up trails, with little effort, and then go down them very fast. You could practically turn an enduro, XC, or even a DH trail into a DH park. But what do I know, as I’ve never ridden an E-Bike

AlexRose (Feb 27, 2020 at 9:30)
Because although it's a DH league, I'm sure that most of the people (me included) competing would get more use out of a trail bike than a DH bike. Quite nice of them to do it this way really!

Braindrain (Feb 27, 2020 at 1:53)
It's a trick to make e-bikes aesthetic more acceptable- make non e-bikes more e-bike looking. We are all pawns in a marketting game of chess.

subwaypanda (Feb 26, 2020 at 12:25)
I find the trickiest part with lower ranked but potentially point scoring riders is whether or not they will ride all the rounds. For some without the full team support making it to all the distant locations can be tough.

freekstylejim1 (Feb 26, 2020 at 15:21)
I use Instagram in the days leading up to the event. Good way to check if your roughies are on location for the race not before the Fantasy DH deadline.

j-t-g (Feb 26, 2020 at 17:46)
In previous years you could edit your team as much as you like for each round. I wish there were more restrictions on it though

azogas413 (Feb 26, 2020 at 12:47)
Before they start hating, make sure you throw on a rainbow cassette and chain and swap out all the hardware with oil slick Ti

But if that isn't your cup of tea, you can choose any Project One paint job for the Slash (assuming you win!) projectone.trekbikes.com/ca/en#model/slash99x01

Dropthedebt (Feb 26, 2020 at 15:22)
@sarahmoore: If you could let Trek know I would like mine in Cosmos colourway please Sarah.

ScottPratico (Feb 27, 2020 at 4:28)
Thats how i pick. Its like champagne. The more french sounding the name the better. If only i could afford Rene La Pampelmousse.

mtnbiker49 (Feb 26, 2020 at 19:45)
Sick bike. Good thing I have zero knowledge about who the racers are and zero experience with fantasy picks.

jebusaraya (Feb 27, 2020 at 5:40)
Do we have access to the cost and points earned for each rider of the previous fantasy season?

ThrillPhil46 (Feb 27, 2020 at 5:29)
2 lady riders makes total sense. Its not based on the level of competition but obviously on the total number of male vs. female entries. It would be MUCH easier to score high with and entail a lot of shared places with the same number of points if one could choose three female riders.

robwhynot (Feb 26, 2020 at 14:57)
@djm35: Injured riders have been included for awhile. A bit surprised to not see a medical symbol beside Brook however.

Mntneer (Feb 26, 2020 at 15:09)
@SickEdit: Vali should probably be more expensive. She's got her head in the game and has put up numbers that are faster than most of the women's pack. She's a steal at that price

PB did cover this some time ago but I can't find the article using search.

acrossthec (Feb 26, 2020 at 17:00)
@SickEdit: Just watch out which rounds she's in this year, she said she will probably miss a few for school
www.pinkbike.com/news/interview-vali-hll-the-future-becomes-the-present.html

zede (Feb 26, 2020 at 23:39)
the choice for women is a joke. You have to pay the same price for a female racer with 2 top 5 as for a male racer that has 3 top 3. The cheap choice are women that were not going to the races last year. What is the logic behind the pricing ?

ImAManCheetah88 (Feb 27, 2020 at 9:14)
@ScottPratico: naturally, I'm in love after putting the new m9120 lever together with my saint calipers. Fit and forget. Not fit and regret like CODEs

TheBearDen (Feb 26, 2020 at 13:31)
@vinay: let me try again.
Win the overall and get and outdated frame painted in Cher's farewell tour theme colors!!