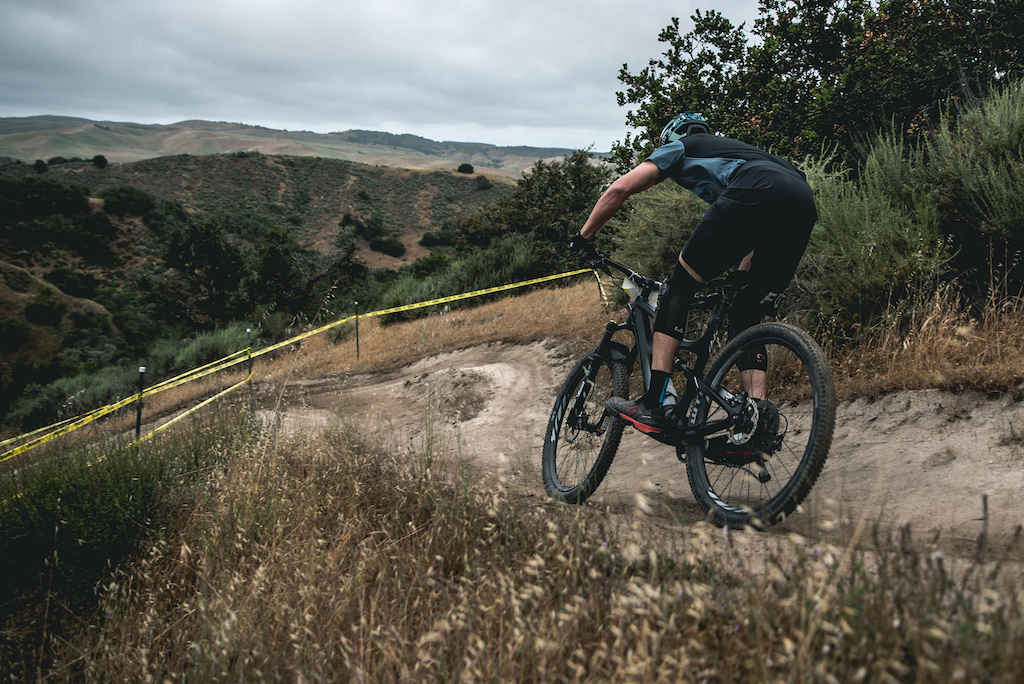 The 2018 Toro Enduro served up sweeping views and tacky corners. Here Pro Men champ Evan Geankoplis comes into a tight turn on his first run of the day, Stage 3.
The hills were alive with the sound of pure unadulterated stoke for the 2018 California Enduro Series season kick off. On Saturday May 26 360 racers took to the sweeping trails of Toro Park in Salinas for the Toro Enduro presented by CCCX Cycling. A light rain the night before made for the best dirt yet for the event that’s now in its third year. Bold cows on course, “nasty ruts to death,” and sketchy finish line shenanigans gave a rowdy feel to a race more known more for being relatively chill and orderly.

Despite the wilder-than-usual feel, the race itself was a racer’s dream. Race director Keith DeFiebre has been running his highly successful CCCX cycling races at Toro for 17 years, and his events are well respected for being clearly-marked, fun and appealing to all levels of racer. Sport and Beginner riders raced four stages of tacky flow (with just enough loose sandy bits to keep ya guessing) on trails that ranged from pedally to flowy to techy, taking on a good 20 miles with 3,200 feet of climbing and descending.

Pro and Expert riders raced the same course with the addition of a particularly challenging fifth stage to cap their day. This highly anticipated stage on Toro Park’s renowned Pipeline Trail was the first ever sanctioned race run down a gnarly and narrow 2.2 miles teetering above a steep ravine.

Toro’s centralized venue allowed for riders to conveniently swing through to the CES Live! timing tent to check their times and see how they were measuring up against their competitors. Teammates gathered around to compare stages, then set off together to tackle the next segment.

Mother Nature never loosened her grip on the day’s dense cloud cover, which made the transfer climbs and pedally timed bits more comfortable, although the race run start lines were a bit chilly. The smiles and laughter of a few hundred riders warmed things up post-race, as folks enjoyed burritos and swapped race stories while waiting for results and podiums. After a tight fight to the finish, Evan Geankoplis of Ibis Cycles took the Pro Men top step, while Geankoplis’ teammate Essence Barton took first for Pro Women.

Ahh, that sound of stoke. What a sweet start to the season! 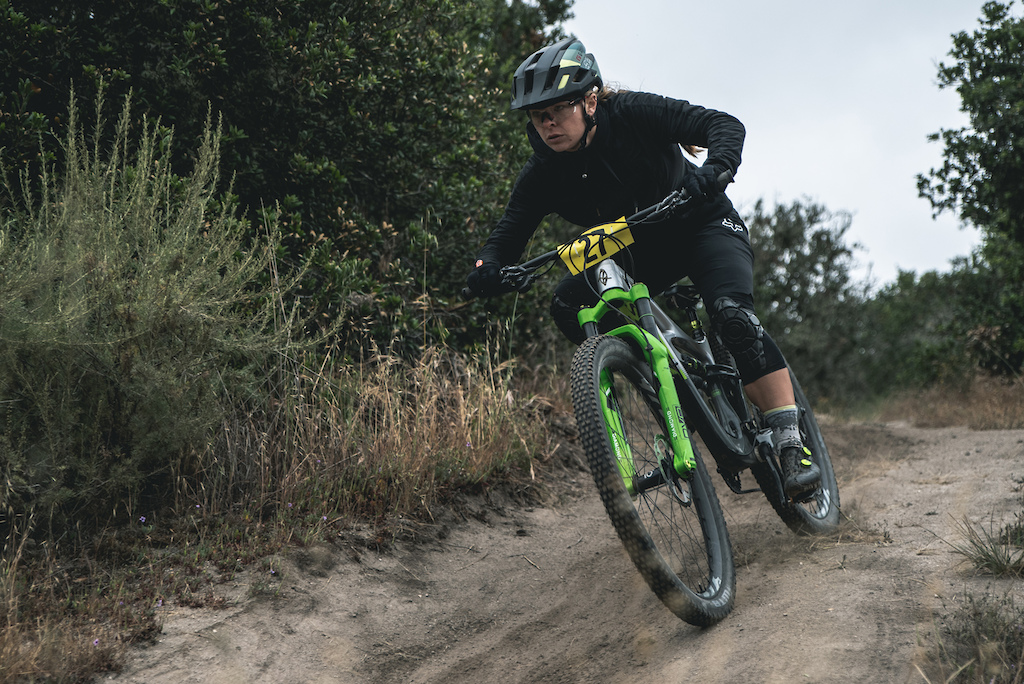 2018 Toro Enduro Pro Women champion Essence Barton looking fierce at the start of her day on sprint-y, warp-speed Stage 3. Barton finished the stage with a time of 3:05.0, nearly ten seconds faster than the next fastest pro woman on the stage, Caroline Jarolimek. Zephyr Sylvester took the third fastest time with 3:15.8. She was followed by Lili Heim at 3:17.2 with Brianne Spiersch hot on her wheel at 3:17.9. Barton went on to win every stage of the day. 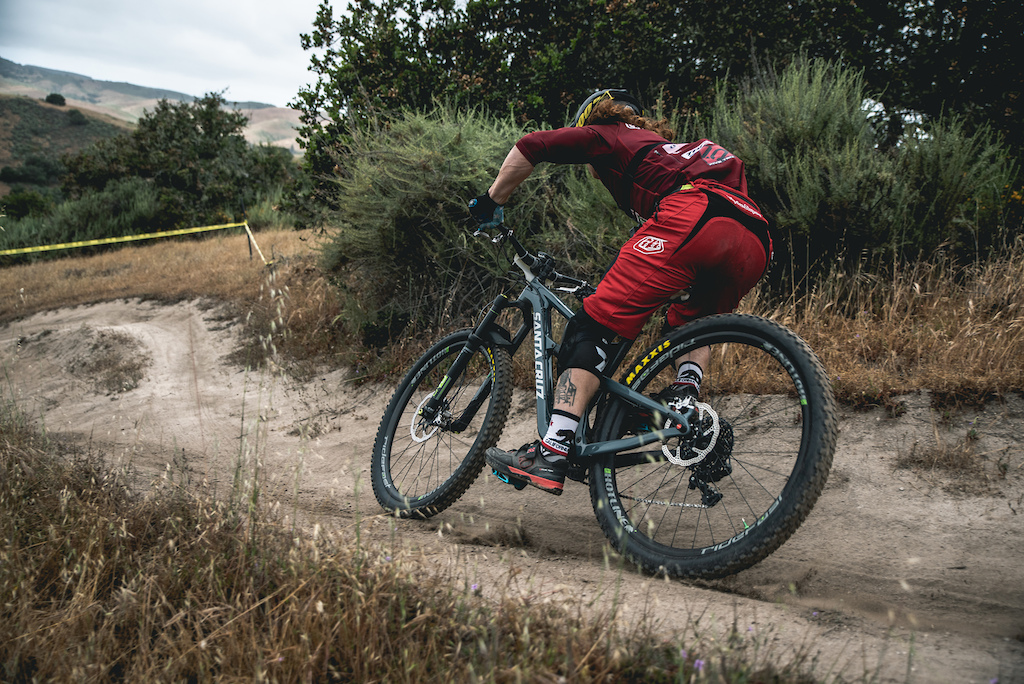 CES Ambassador pro rider Matt Guntert in fine form in his first stage of the day (Stage 3), taking third in the grippy stage at 2:43.0 and fifth place overall. Geankoplis came in fastest for Stage 3 at 2:41.6, followed by Cory Sullivan at 2:42.7. Ian Massey and Ryan Gorman followed at 2:43.1 and 2:45.3 respectively. Guntert says, "I’ve never raced that well in my life. Thank you CES, Toro, Keith. The course tape was absolutely amazing out there and the tracks were even better." 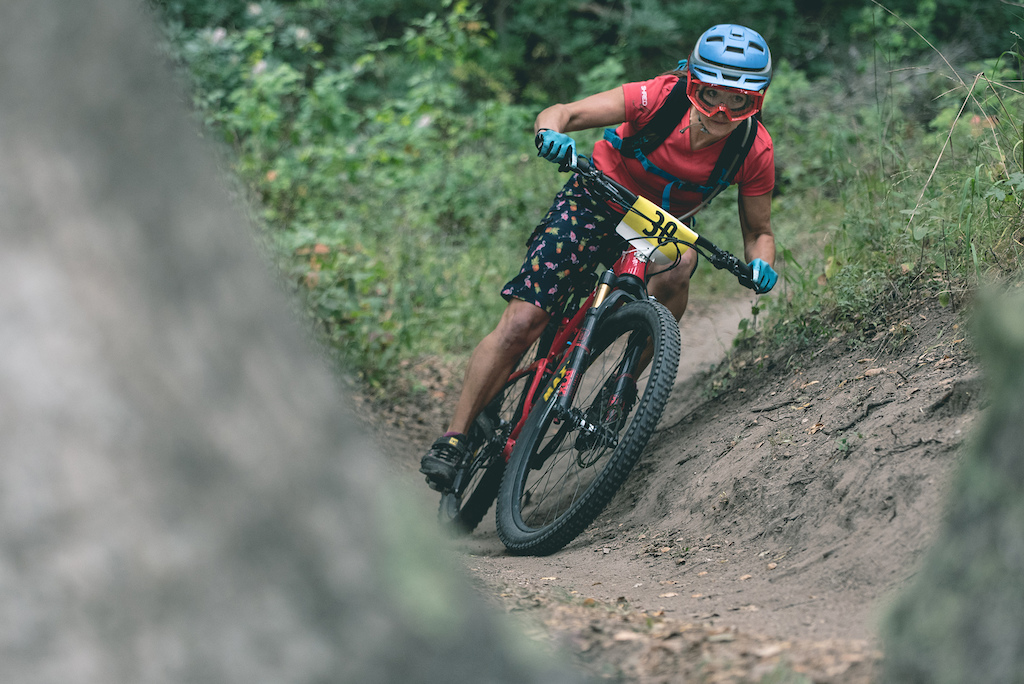 Fast forward to Course 2, which was the Pro/Expert fourth stage of the day. Caroline Jarolimek took third on this demanding stage at 5:14.4, just a second behind Spiersch who took second despite being chased by a cow. Barton led the way a full nine seconds ahead of Spiersch (and presumably ahead of the cow). Sylvester and Heim followed Jarolimek at 5:15.5 and 5:17.5 respectively. This stage featured high-speed cornering and a sweeping narrow tree line finish. 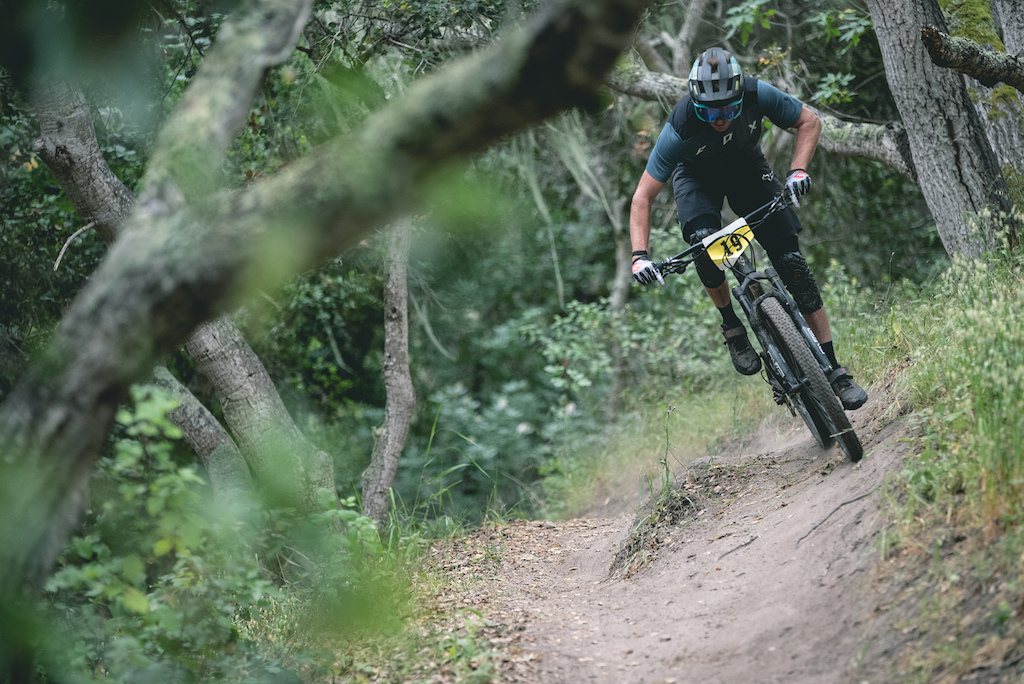 After the day's first three Pro/Expert stages, Evan Geankoplis was in the lead, followed by Guntert, Sullivan, Paul Serra and Massey. However, he lost some of his lead in the fourth pro run of the day, coming in fourth with a stage time of 4:33.6. Ahead of him were Guntert with his first stage win at 4:29.6, Serra at 4:31.2, Sullivan at 4:32.9. Massey came in behind Geankoplis at 4:36.5. 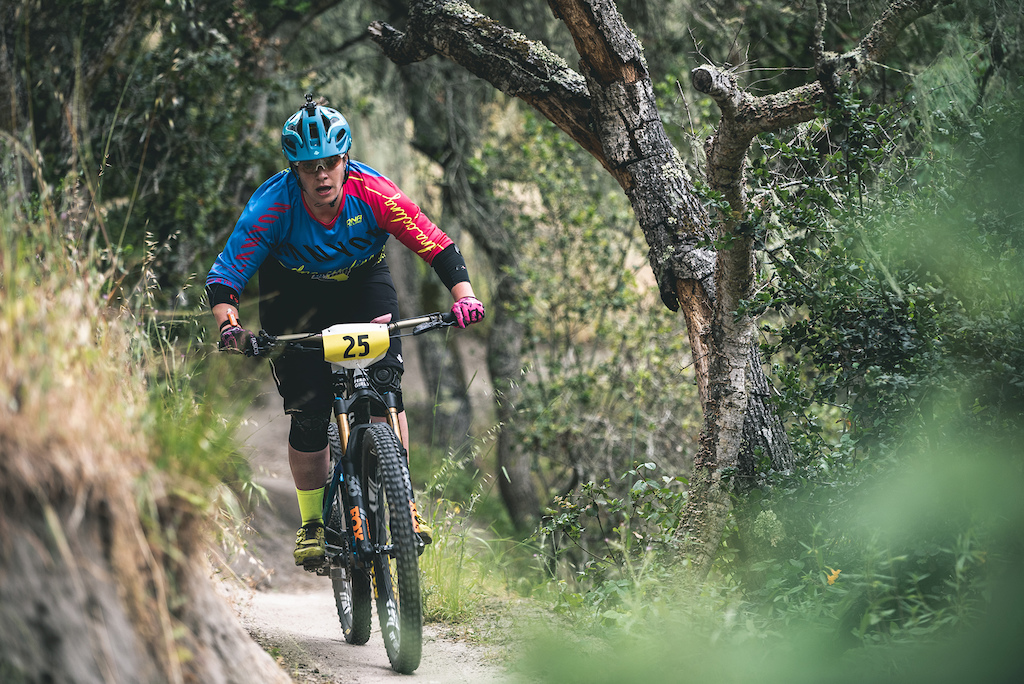 The long, narrow, and ledgy Stage 5 was a game changer, however, and Spiersch made up some good time, coming in just 3.5 seconds behind Barton at the lead, and a whopping 10.5 seconds ahead of Sylvester. Jarolimek and Heidi Kanayan finished Stage 5 at 9:11.5 and 9:13.9 respectively. 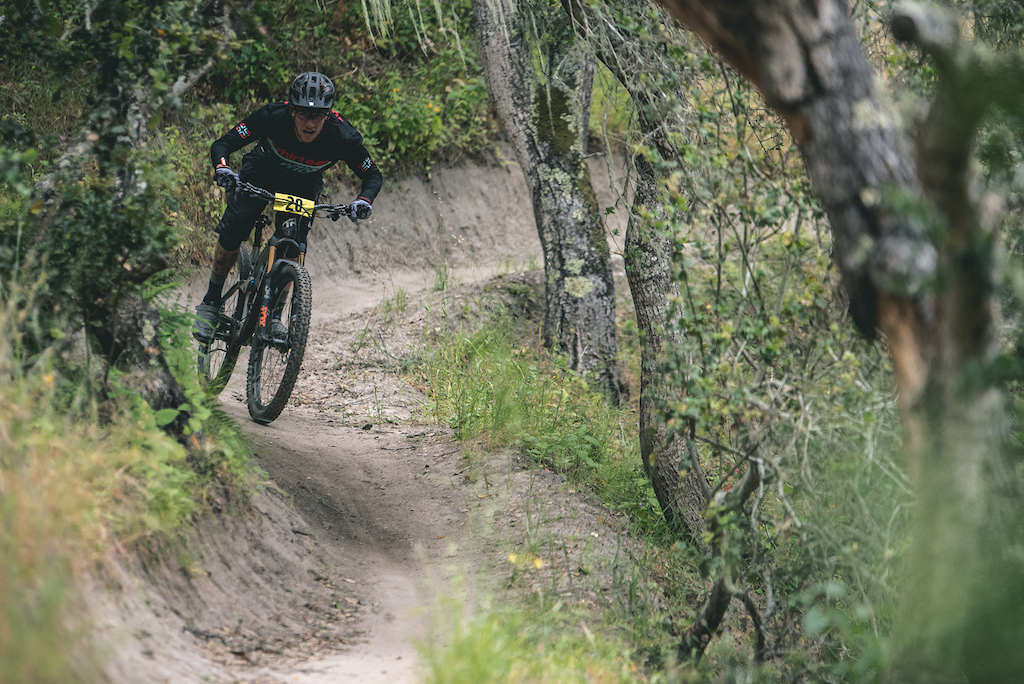 But as we pointed out previously, this extended, challenging stage could shake things up… and it did. Sullivan stepped it up taking the stage at 7:29.8 — two seconds over the next fastest rider, Steven Godman, who came in at 7:31.8. Geankoplis came in third for the stage at 7:32.7, while Serra took fourth at 7:33.6. Guntert slipped from an overall second to fifth on the stage, coming in at 7:59.5. 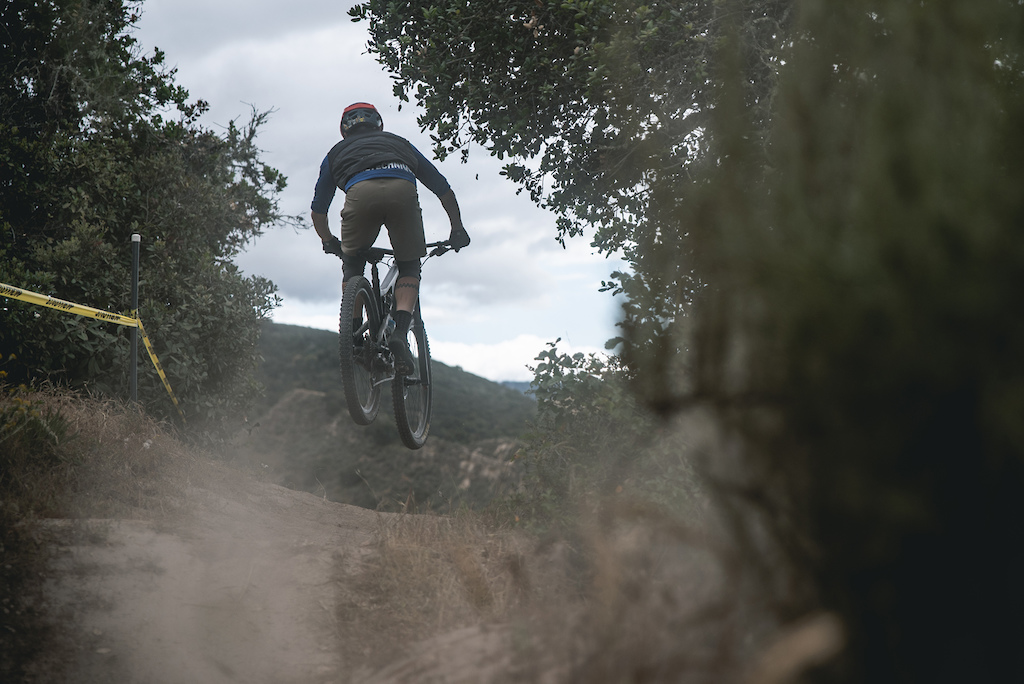 Getting boosty on Stage 3. 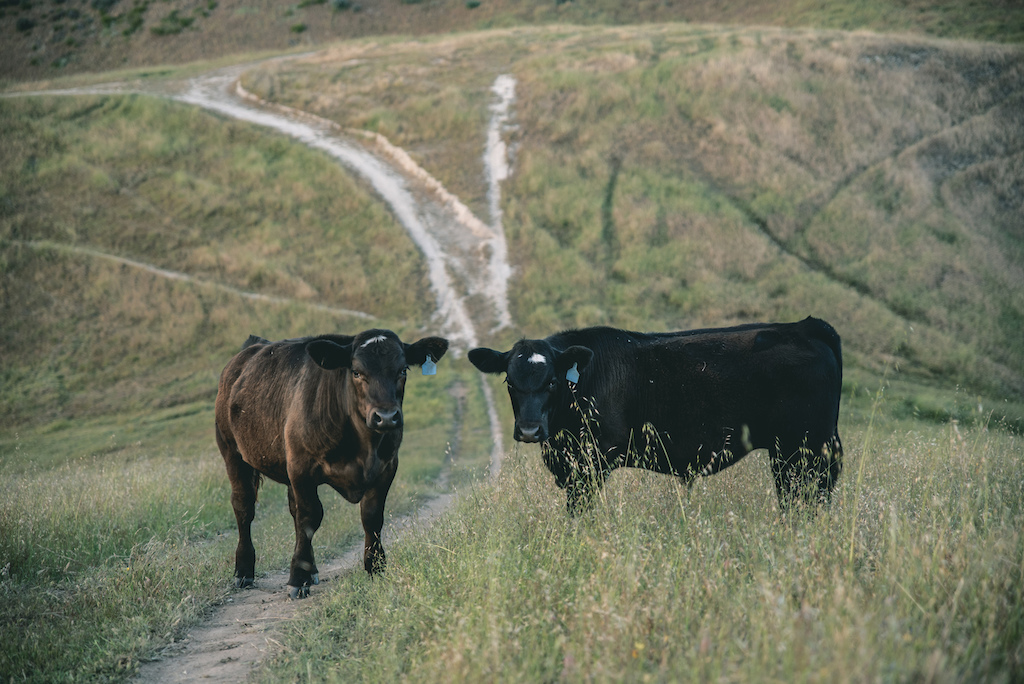 Cows of Enduro, yo. 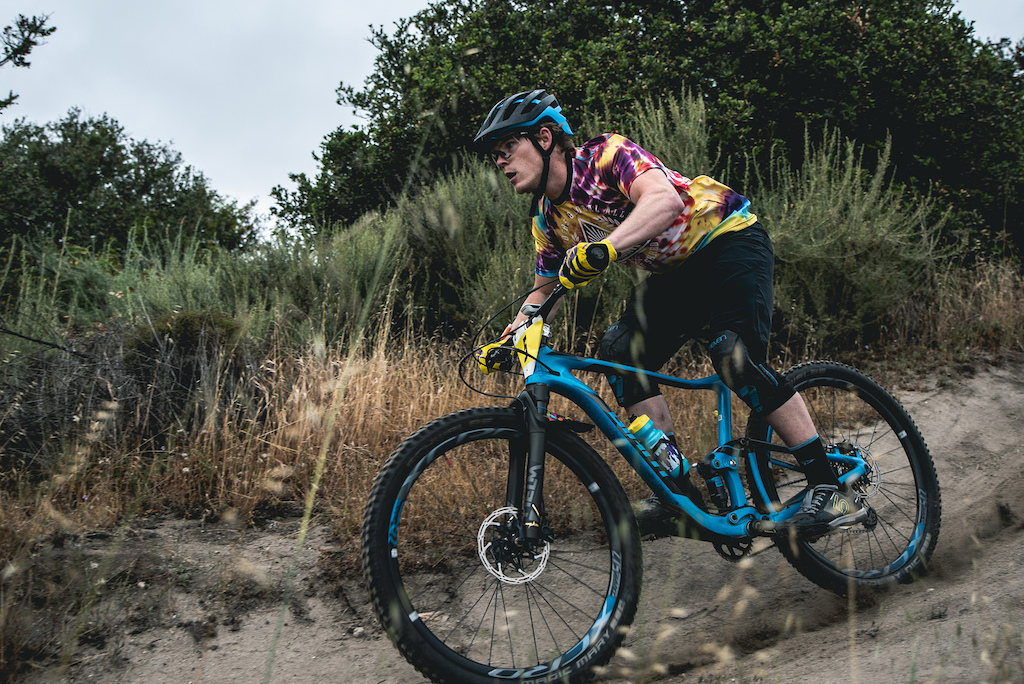 Last year's Toro Enduro champ James Eves back in race form after an injury at practice for the EWS Chile in March. Just 50 days post-surgery, he seemed to ease into his day on Stage 3 at 2:47.11 but rode strong and steady to an impressive fourth place overall finish. (If only we had a photo of his dramatic Stage 5 finish… hello, ass over tea kettle… ) 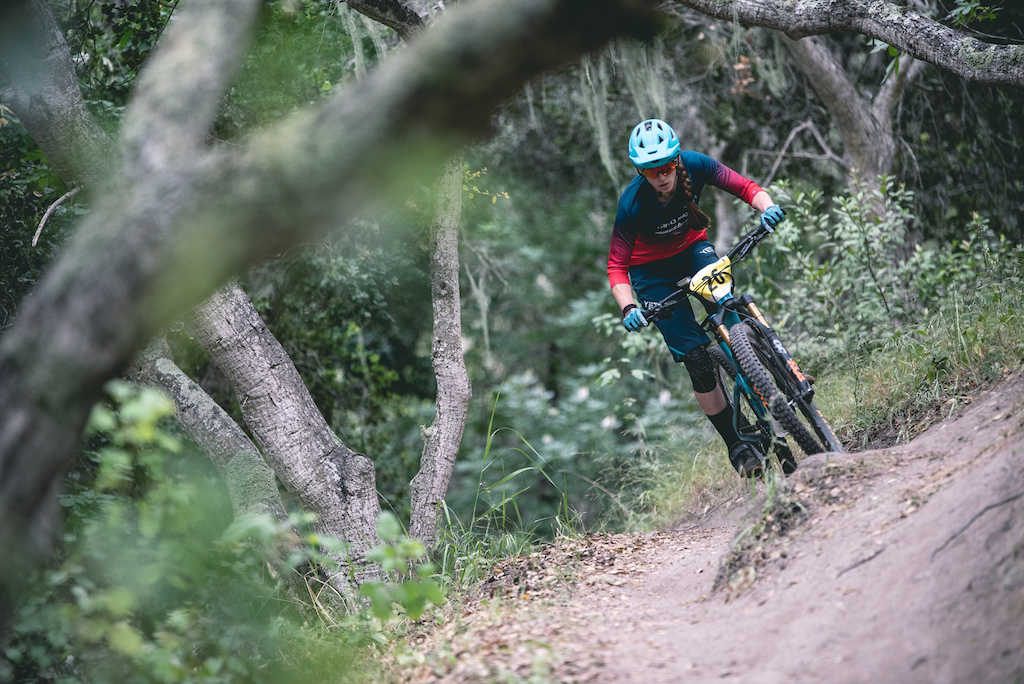 Zephyr Sylvester on Stage 2, the fourth stage for Pro/Expert. Sylvester came in with the fourth fastest pro women time on this stage, and took fourth place overall as well. 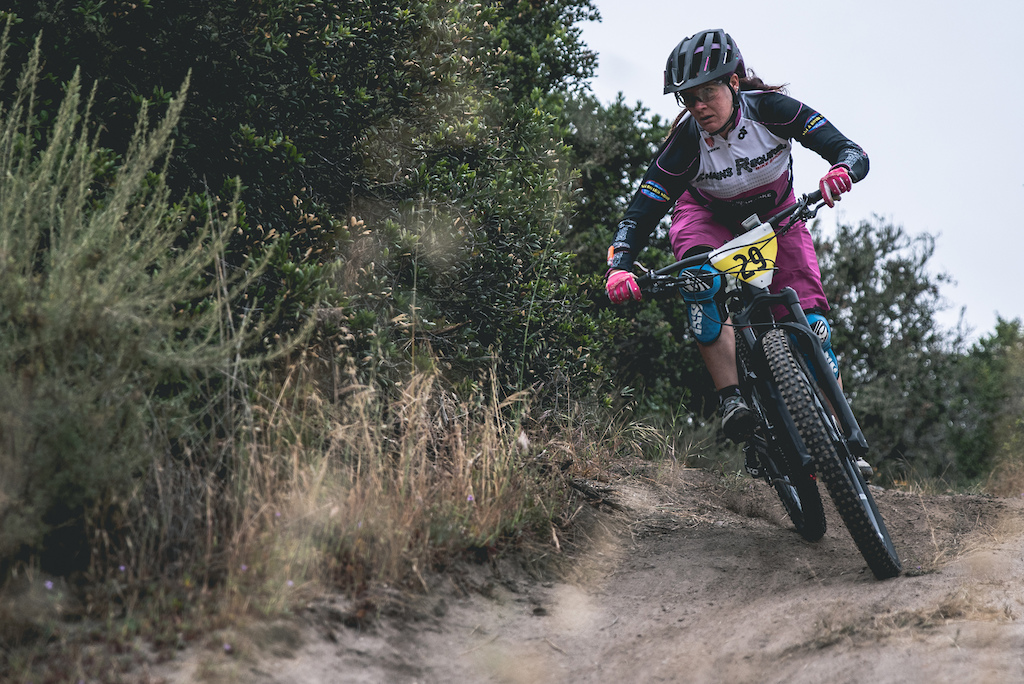 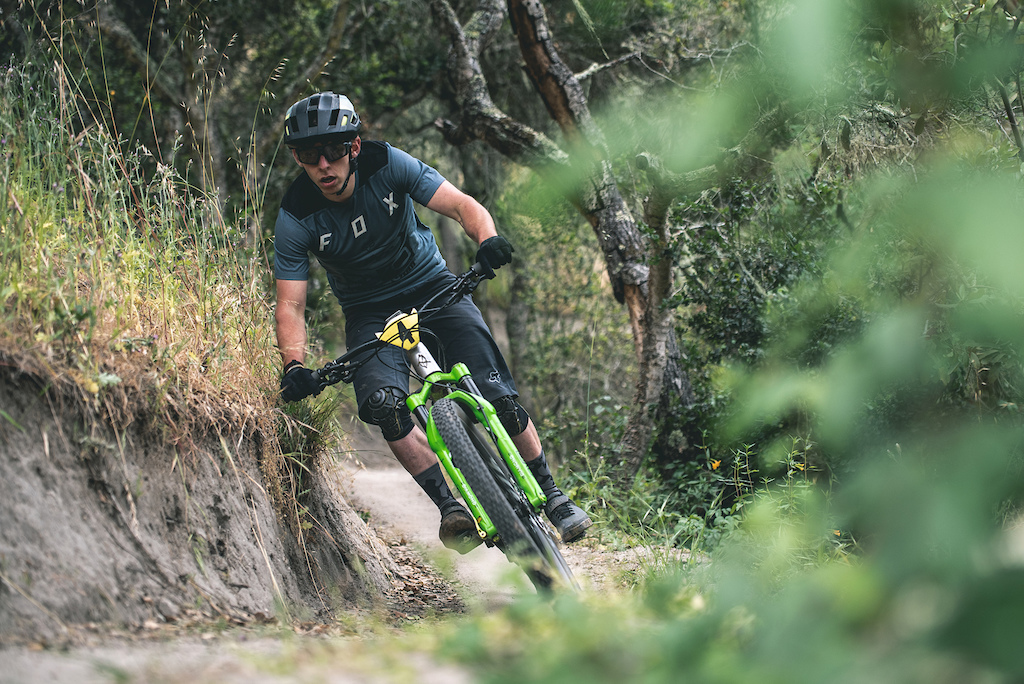 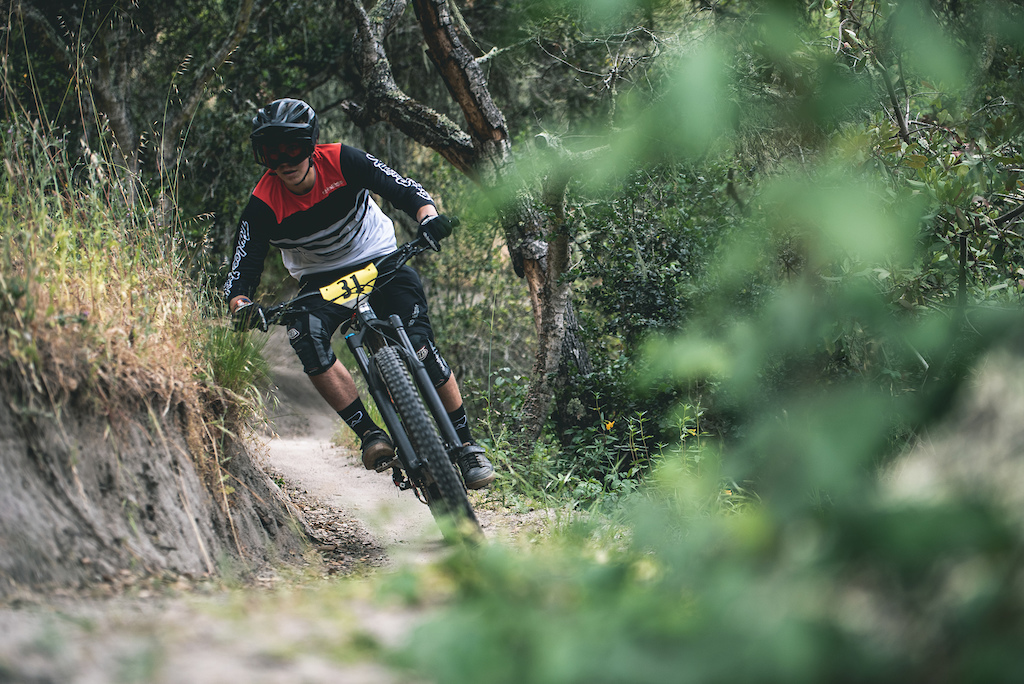 CES added Junior Pro Men U18 this year to align with EWS categories. Here, Lee Faraola takes on the Pro/Expert-only Stage 5. He came in third for this stage at 8:16.7 and fourth overall for his category. 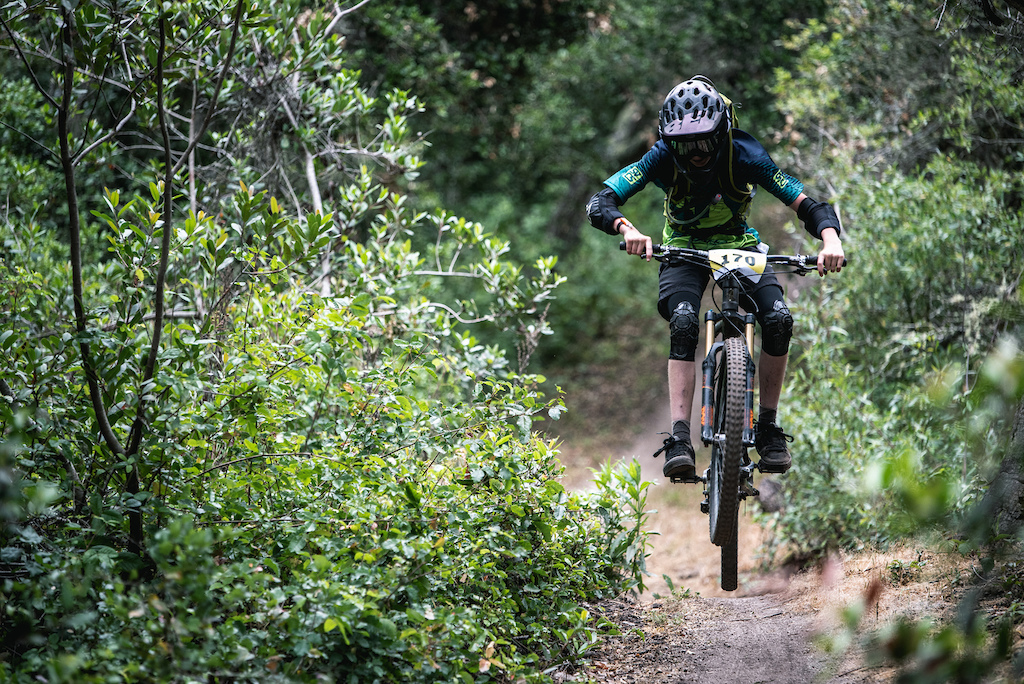 An impressive thirty Sport Boys 12-15 showed up to race. Noah Weaver is a Scotts Valley Middle School student who races on the Scotts Valley Cycle Sport enduro team. This was his first race. 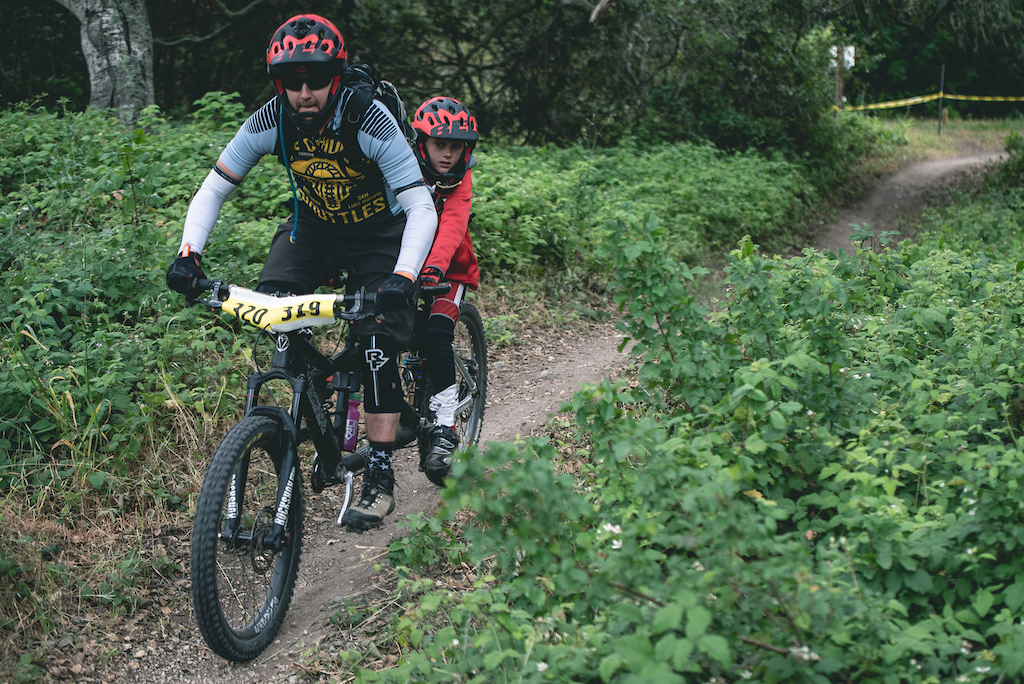 Power to the father/son tandem! 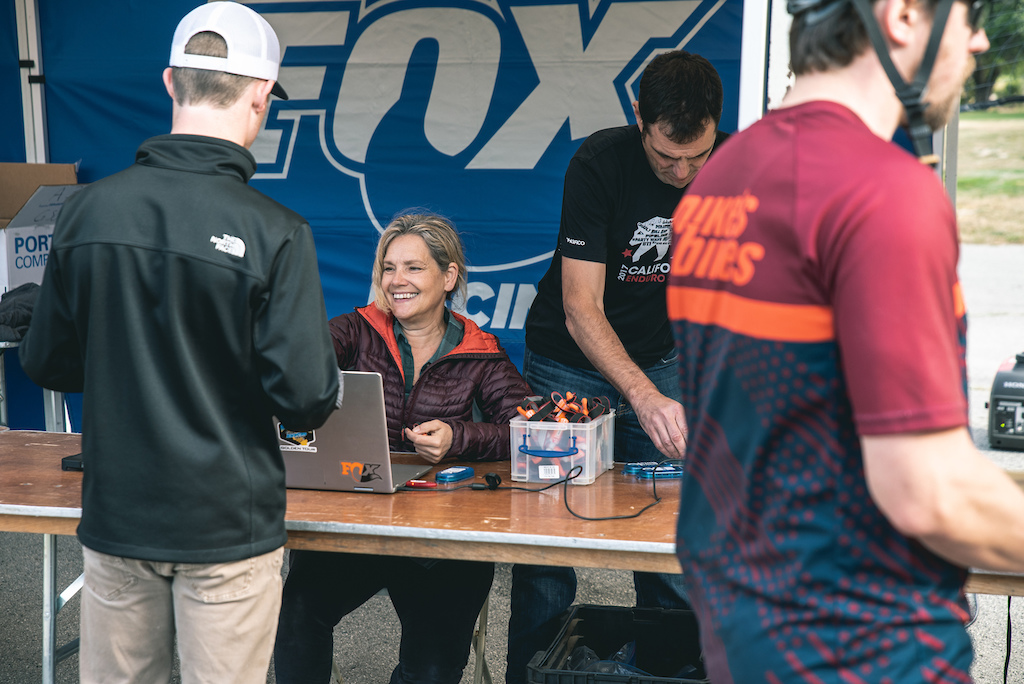 Earlier in the day, CES co-founders Steve Gemelos (Series Director) and Michele Charboneau (Marketing/Communications) set racers up with their timing wristbands. Gemelos is the mastermind behind this timing system which uses the same technology as EWS. 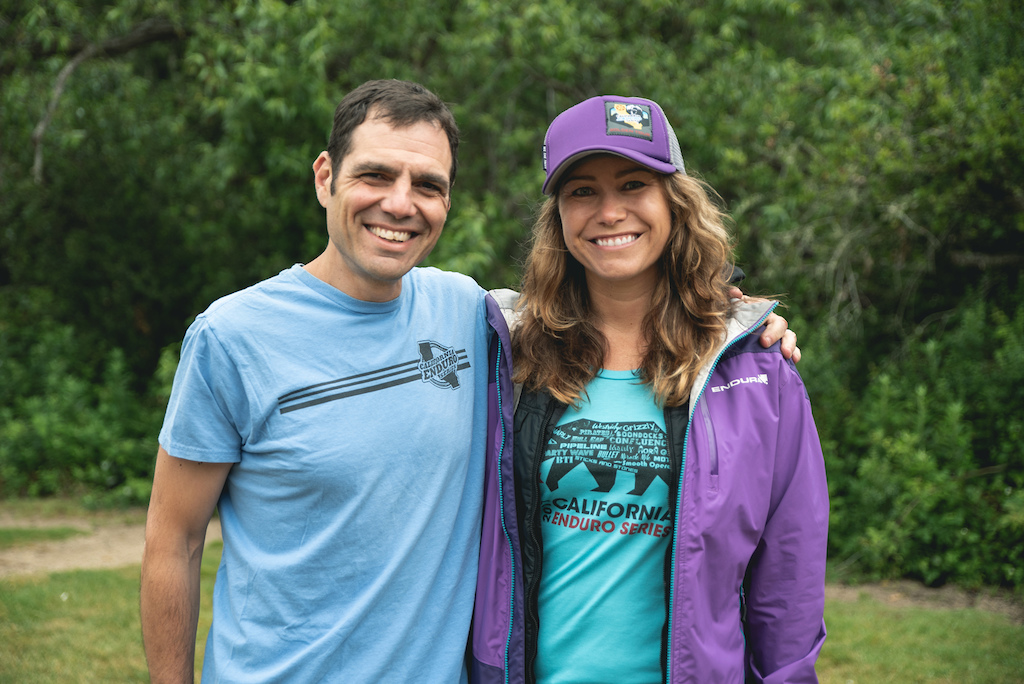 Gemelos with volunteer Heather "Coop" Cooper who handles race weekend social media and other promo endeavors with co-founder and Marketing/Sponsorship Director Megan Gemelos. Gemelos says, "wow, what a kick-off for our 2018 season. It was so rewarding to feel all the excitement and to see such a wide range of racers out there. Keith’s events are always so well orchestrated. Even the weather cooperated and gave us its best race stuff. Thank you to all who raced, sponsored, volunteered, and cheered!" 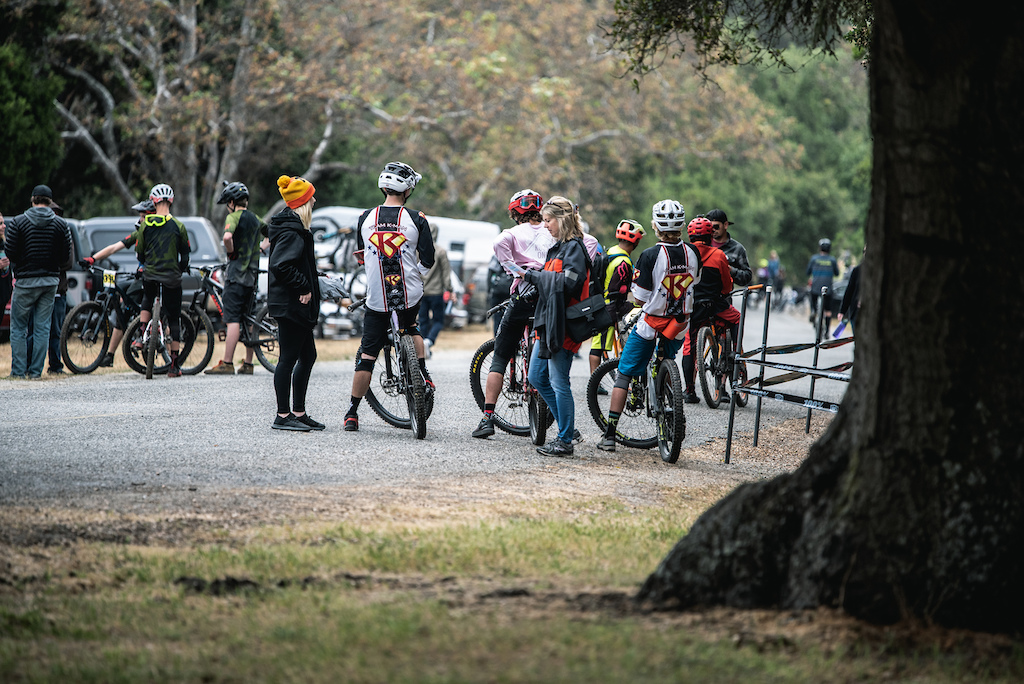 K-Man Team connects between stages. The enduro format fosters camaraderie, which is just one of many reasons riders gravitate to the sport. 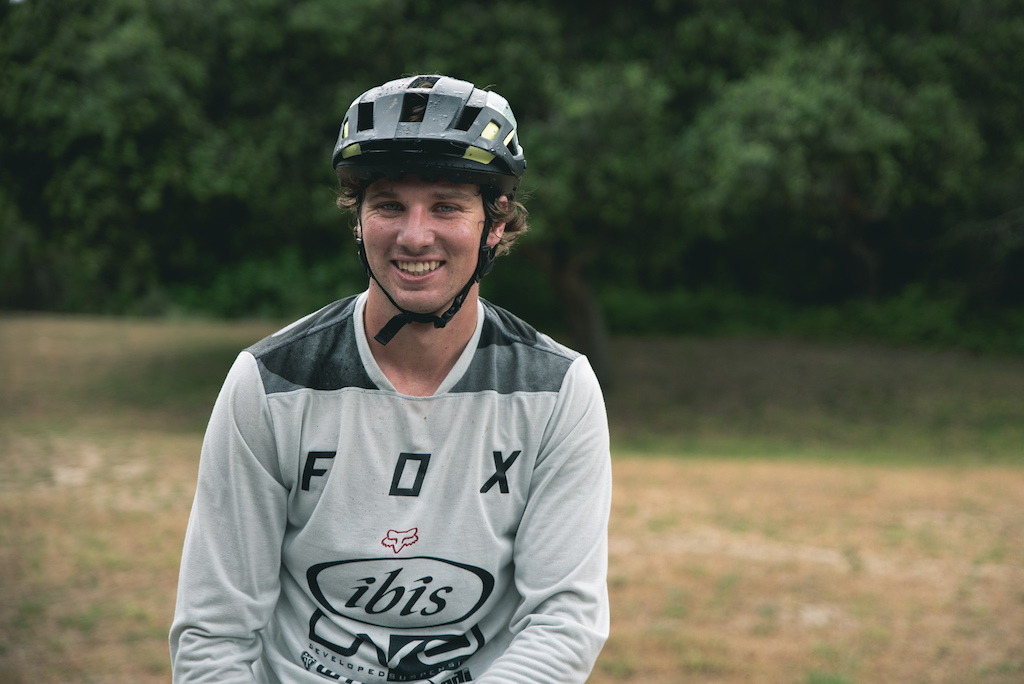 The satisfied expression of the fastest rider on the Toro Enduro course. Pro Men champ Evan Geankoplis says, "it was really awesome. I was digging the overcast weather, which made for perfect conditions. A little moisture in the dirt is rare to come by here, or in the past it has been anyway. Adding Pipeline was super fun, glad we were able to race that. It was tight going into the final stage — I’m glad I was able to hold onto the lead and win the race." 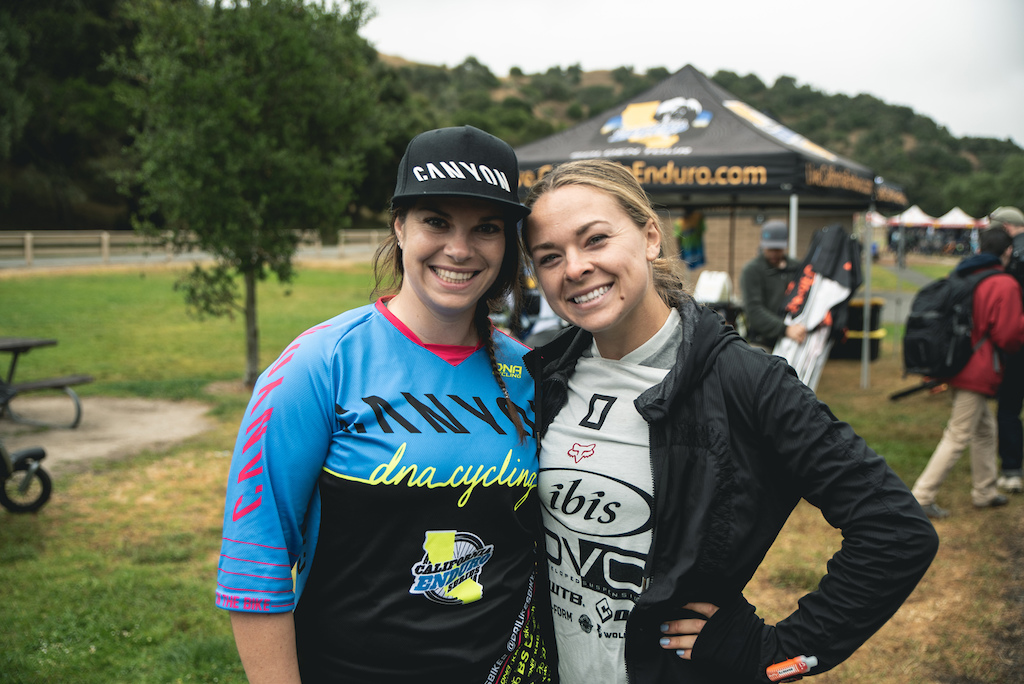 Essence Barton (right) and Brianne Spiersch celebrate their first podium of the 2018 CES season. Pro Women champ Barton says, "what a great day! This is my third year racing enduro and I’m so stoked on it. The weather was ideal — some light rain made the dirt better than ever. Stage 2, Rail Trail, was my favorite because I can go super fast on it. Overall, it was a really good day, a perfect start to the season."

Second place finisher Spiersch adds, "the Toro Park Enduro is one of my favorites… and not because it's local but because it's a great course for everyone of all skill levels. This year we even had a tandem with a dad and his kid on the back! The most exciting stage was when I got chased by a cow — that's a first, and I hope it never happens again!" 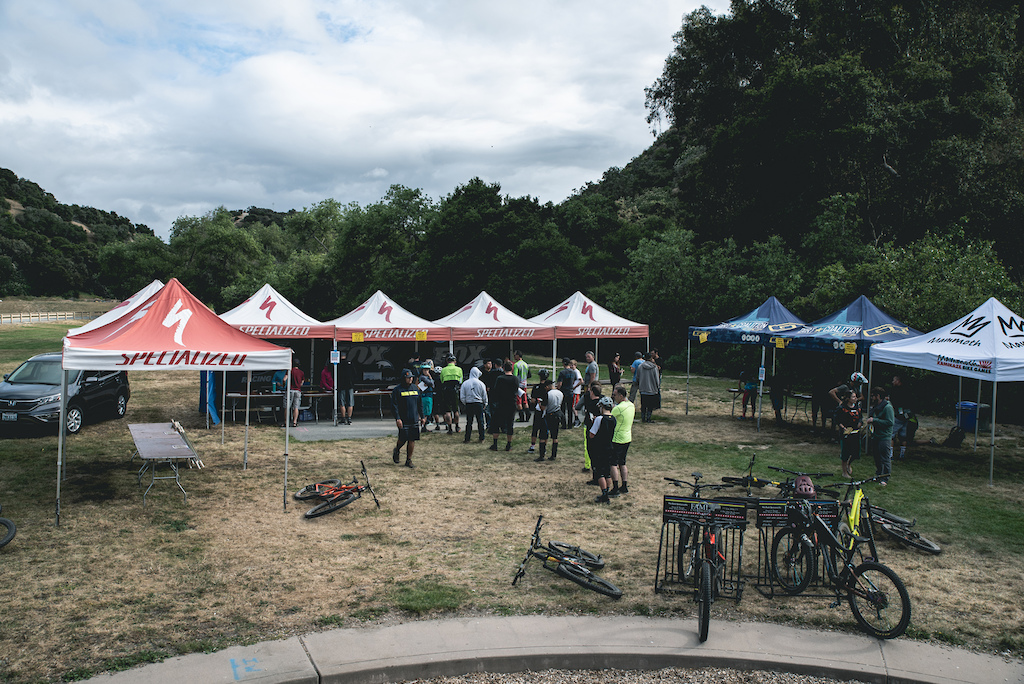 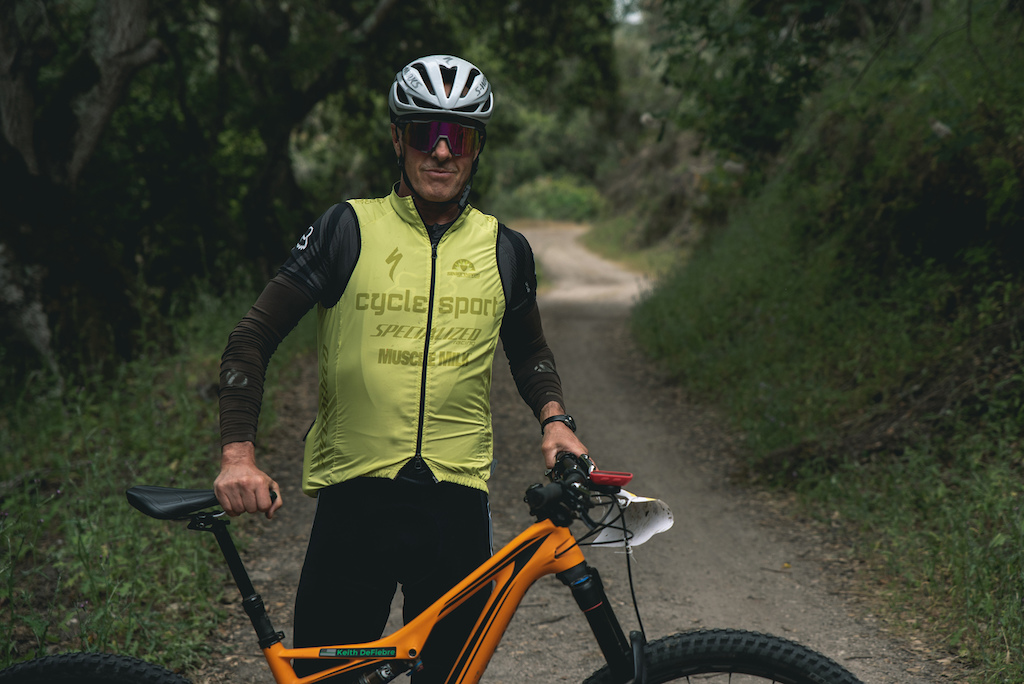 Toro Enduro race director and CCCX founder Keith DeFiebre says, "what a great way to start the season... California Enduro Series race #1! It was amazing because we got this rain overnight and it was sprinkling in the morning, so the course turned from loose, dry sand to tacky, grippy dirt. Perfect for railing those turns. I’m just as happy as can be that everyone seemed to have a fun time." 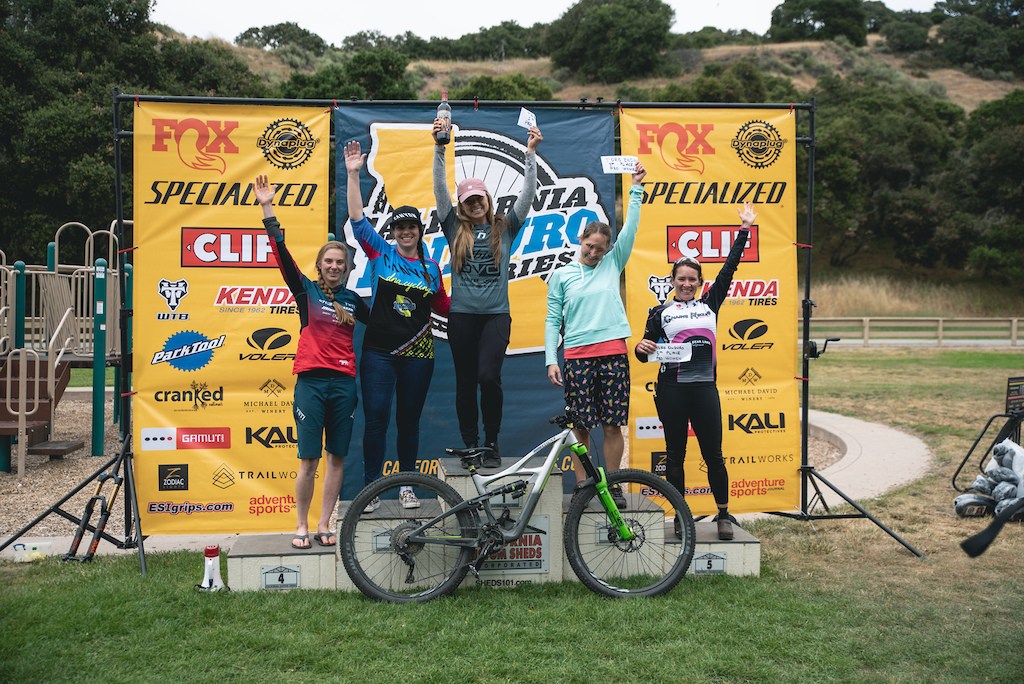 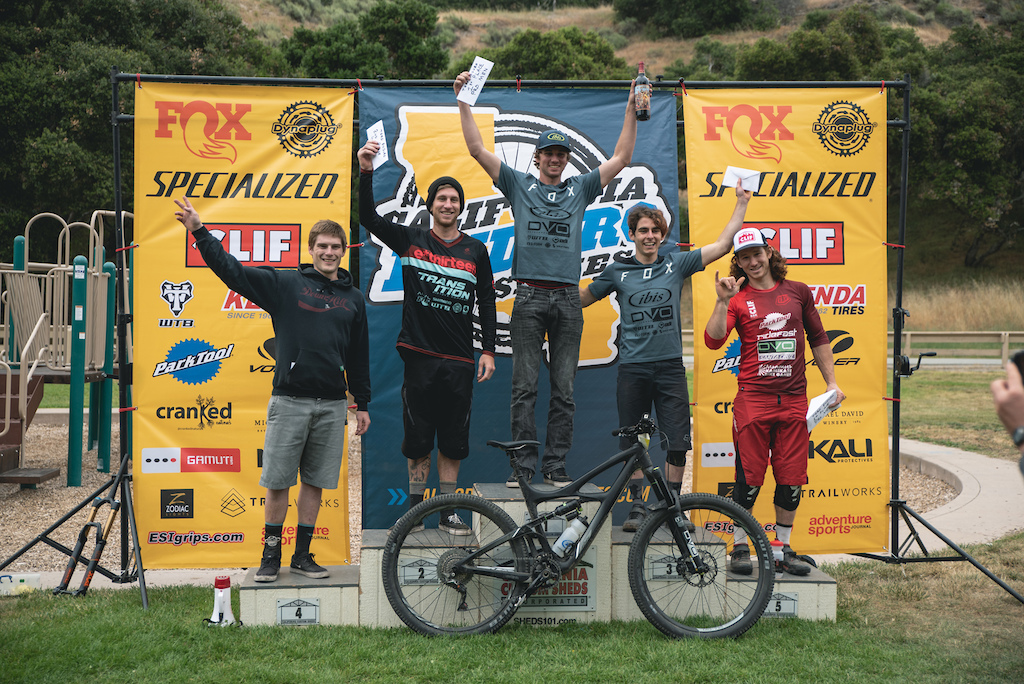 Next up: Round 2 June 16 – the Mammoth Bar Enduro at Auburn State Recreation Area and Mammoth Bar OHV in Auburn, produced by The Hub Roseville and Total Body Fitness.

CES is a for riders, by riders non-profit 501(c)3 organization dedicated to promoting world-class enduro events that everyone from amateur to pro can enjoy, at a geographically diverse range of venues.

The series is grateful for the support of the following sponsors:

Check out the 2018 schedule and learn more about the series at californiaenduroseries.com.

laksboy (May 31, 2018 at 7:05)
FWIW, that Tandem Team rode all 5 stages (officially raced 4 of them) and beat 50 of the adult racers (with no course pre-ride). They are sponsered by the new shuttle outfit in San Luis Obispo, Bike Church Shuttles. They'll be back at stage 3, China Peak. And I'll second that, THE RACE WAS GREAT!

Brahma (Jun 1, 2018 at 15:26)
Sure would be nice to see podiums for the entire field. It shouldn't be that hard, the photographer is already there, just take a quick photo of each podium, the results are already available, and bam, everyone gets their 15 seconds of fame.

creativefletch (Jun 1, 2018 at 8:13)
That poison oak is a pretty good motivator to stay on the trail. Looking forward to racing one of these this year.

On Saturday May 26 360 racers took to the sweeping trails of Toro Park in Salinas for the Toro Enduro presented by CCCX Cycling.

If you're in Santa Rosa, you gotta know where Salinas is, ese.

rjp1 (Jun 1, 2018 at 11:51)
Really stoked to see all that coverage/pictures of Expert/Sport/Beginner riders and podiums.

driedgrape (Jun 1, 2018 at 8:39)
I'm still curious about the story behind the helmet on the side of stage 3... I heard Keith DeFiebre might've crossed the finish of that stage without his.