Devinci has revealed that they have signed freerider Cam Zink for 2022 and beyond.

Cam Zink previously rode for YT for seven years from 2014 to 2020, with him even helping to bring YT bikes to North America in 2015. Cam did leave YT at the end of 2020, although he kept on riding a YT in 2021 taking on last year's Red Bull Rampage on a 2016 YT Tues. 2022 sees a whole new direction for Cam as he joins Devinci and gets to ride its Wilson DH bike and high pivot Spartan enduro bike.


Devinci says that they look forward to Zink doing some valuable testing for their products as he pushes his bikes to their limit on a regular basis. Zink will be riding Devinci’s bikes at Red Bull Rampage and select events throughout the year with the support of the Canadian brand. He’ll also collaborate with Devinci on bike development and upcoming video projects. 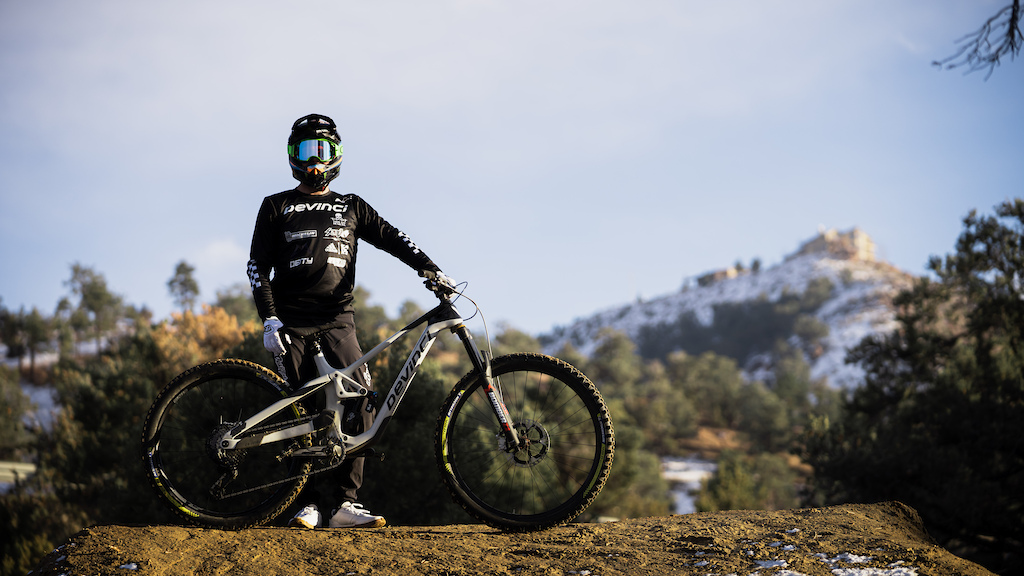 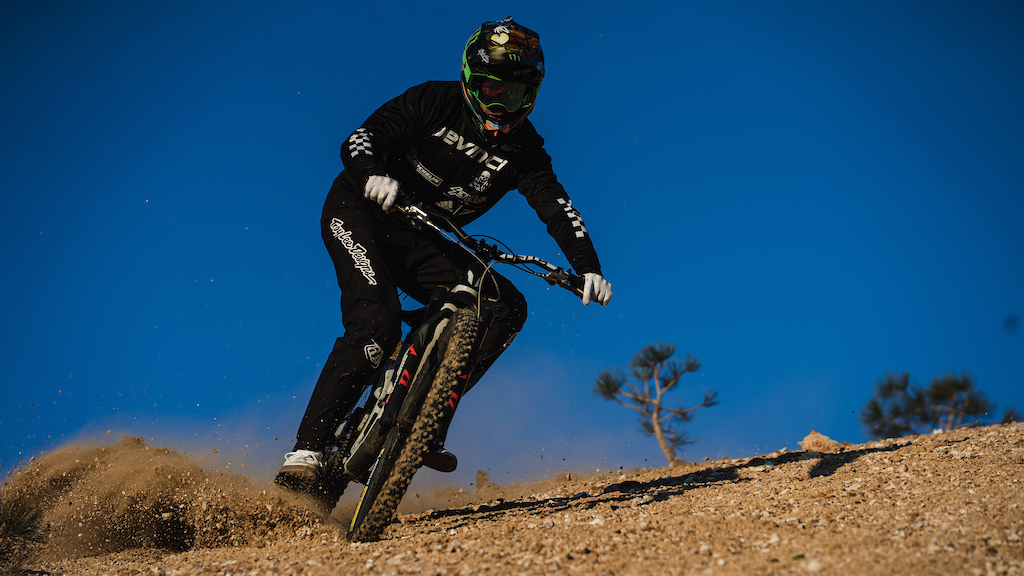 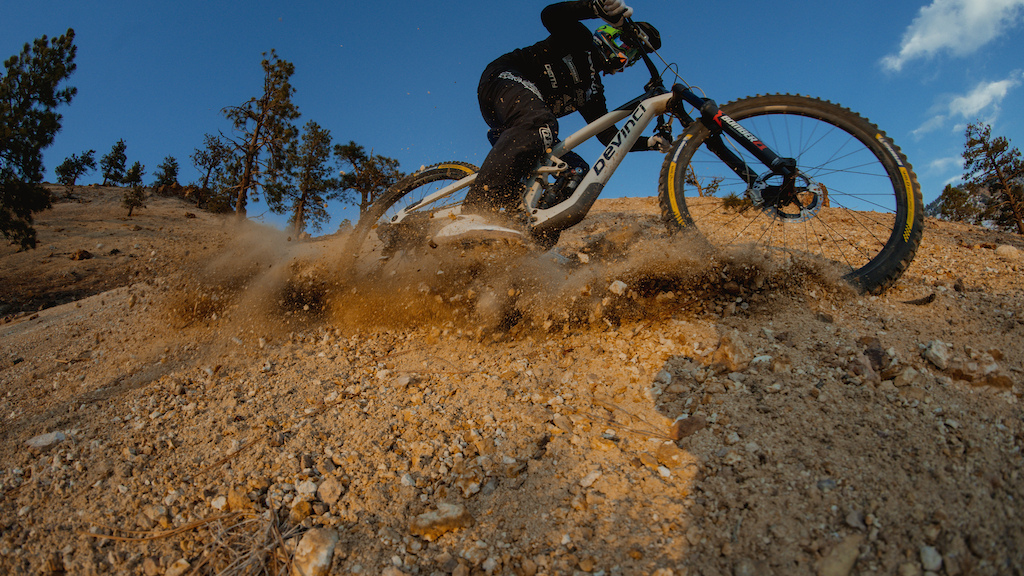 scoot34 (Jan 12, 2022 at 21:23)
@glenno: and an electronic device on the bars,push it once and you instantly lose all nerves ,and drop in on stuff mountain goats wouldnt attempt to down

Meganstuart1 (Jan 13, 2022 at 2:15)
@mikeyb76: Your on the wrong site mate if you don’t know the previous people that have just changed teams!
David trummer
Joe barnes
Laurie Greenland
Jackson goldstone

adrennan (Jan 12, 2022 at 7:07)
unexpected team news. are all their bikes being made in North America now? I thought it was just some of the aluminum models?

aaronaaron (Jan 12, 2022 at 7:09)
Carbon is overseas, some Alu are produced in Quebec with material sourced in the area.

theoskar57 (Jan 12, 2022 at 7:30)
@michaelbozof: ovens are more expensive, moulds are cheaper to make there too, most fibre making facilities are in Asia too, and of course cheap labour and electricity

Afterschoolsports (Jan 12, 2022 at 8:29)
@michaelbozof: tbh on top of other reasons mentioned, small and intricate composites parts layup like bike frames are a fairly niche skillset that don’t necessarily translate well to and from other industries. Training those skills up is labour and time intensive. Employing a qualified welder is a completely different story....

JayUpNorth (Jan 12, 2022 at 9:04)
Alloy Spartans, Wilson, Kobain, and Marshall are their Made in Canada mountain bikes. They also produce the Minus, Sabbath, and 3 e-bikes in Canada. It's a step in the right direction.

plyawn (Jan 12, 2022 at 9:57)
@michaelbozof: Devinci makes a huge range of bikes, plus models for bike share, so they have a lot more ali models that a typical boutique manufacturer. Someone like WAO has invested exclusively in scaling up their carbon manufacturing from wheels to components to frames, while Devinci is closer to quality aluminum and cheaper power in Quebec. I suspect Zink will probably ride a aluminum wilson regardless.

freeinpg (Jan 12, 2022 at 15:49)
@plyawn: I have owned a few Devincis that were made in Canada and they are really nicely assembled to boot

Lemmyschild (Jan 13, 2022 at 7:28)
@theoskar57: Qubec hydo projects mean Quebec has just about the cheapest electricity in the world.

adrennan (Jan 12, 2022 at 7:26)
He had implied it wouldn't necessarily be soon but that he had been considering it. Maybe devinci offered enough that he will lend his design input to a freeride bike in their lineup

davidflu (Jan 12, 2022 at 7:27)
Both of those things are true. Cam did say that he prefers 26 inch wheels and that he had played around with designing a bike and riding the prototype. However, Cam said that he wasn't going to actually do that because it was too complicated. He mentioned that he had been talking to a few brands and that something would be announced in the future. The future is now and Devinci is in it

Will-narayan (Jan 12, 2022 at 8:03)
Also it's interesting because I've read a few times that high pivot are not as good for freeride as they don't give as much "pop" than a normal pivot, and indeed while the Supreme DH dominates in DH, you don't see many in freeride where it's more Tues, Furious, etc.
So if anyone's got a knowledgeable opinion.

erkkilaurila (Jan 12, 2022 at 8:17)
I'm not a freerider and I've never ridden a Devinci, but based on what I've seen Steve Vanderhoek do in the video clips with Remy and Yoann, it seems like the Devinci bikes work well in freeride contexts.

stevev88 (Jan 12, 2022 at 8:27)
@erkkilaurila: I cant speak for all high pivots but Devinci nailed it with this one. I only notice advantages over my old spartan with this one. Still tons of pops and I even managed to flip it off a flat lip step-down so Id say its good to go!

adrennan (Jan 12, 2022 at 8:57)
@stevev88: we all know you have been doing flat drop flips long before whoever this zink guy has been doing them haha

jojotherider1977 (Jan 12, 2022 at 9:15)
@O1D4: this would be rad. Ive not really followed Zink outside of Rampage. It would be awesome to see him ride something like the Shore or Squamish.

ceecee (Jan 12, 2022 at 9:37)
@Will-narayan: who needs opinions when you've got axle paths. Vanderhoek prob means a backflip. Think of the flat lip as a square edge. Paths will need to be translated into your various freeride elements

NorCalNomad (Jan 12, 2022 at 9:52)
@Will-narayan: High pivot designs usually are designed so the wheelbase is expanding through the travel (ie rearward wheel path) and isolating pedal kickback to some degree with the idler. Like you said, great for DH speed, but some of that "pop" is from the forward axel path and pedal kickback.

plyawn (Jan 12, 2022 at 9:59)
@adrennan: they do a significant amount of ali manufacturing and most prototyping in Canada so it would definitely be easier for him to design and prototype his own ideas with them, if that's on the radar.

krazyjey (Jan 12, 2022 at 11:31)
Devinci Hectik owner from 2009 here ( Team Avalanche) , still on the original needle bearing, the bike took abuse, Megavalanche, Mountain of hell, full season in Morzine ( 3 months from 9-5 everyday), and now trashing the bike in south africa, still plenty of life and always ready for an adventure, i could not remplace it with the spesh enduro due to the tons of fun and well build bike. 26 inch is getting hard for the tyres, i like to point the maple leaf when people ask me, What bike is it ? , it s a De-vinchi and show them the belly where the sticker is. Made in canada!....whaooowww, they say. Great welding too.

snydryder (Jan 12, 2022 at 7:34)
I see a U.S. distribution deal in the works here. Zink has experience distributing YT and Sensus, Devinci needs a larger U.S. market share and strong dealers.

notsosikmik (Jan 12, 2022 at 7:39)
YT didn't have a distribution center/ network at the time so there was an opportunity. I don't see that happening here.

michaelbozof (Jan 12, 2022 at 7:17)
Lets goooooo This will definitely boost their popularity. Also a very good combo. Hopefully he can customize his own bike with them, as he said before he wanted to make his own bike for rampage

notdog (Jan 12, 2022 at 7:39) (Below Threshold)
At first I thought of jordanboostmaster when I saw that bike but now it all makes sense

pierre22 (Jan 12, 2022 at 11:24)
Totally awesome match-up ! it's going to be great to see another frame manufacturer at Rampage... And hopefully some footage of Cam riding with Steve Vanderhoeck and les Frenchies up North!

jojotherider1977 (Jan 12, 2022 at 9:22)
In the teaser yesterday when they said 4 letter word i thought it was a new troy. Im actually more happy that its Zink for some reason. I dont follow him much outside of Rampage, but this seems like an interesting partnership. Gonna have to give him a follow on the ol’ social medias.

hisroyalgooseness (Jan 13, 2022 at 4:07)
I am pleased to see Cam on a new team, I spoke with him briefly a few years back when he was doing Joyride and I was blown away by what a nice guy he was and how much time he gave me considering I was ignorantly interrupting his practice. I suppose he is one of the mountain bike legends, goats, and elders and I hope Cam continues to flourish for years to come.

Sshredder (Jan 13, 2022 at 11:30)
You Devinci . I know gotta sell bikes . So got this free ride guy sponsored. FREE RIDE. Not down country . Not Enduro . Not DH. Devinci you used to make a spectacular Free Ride bike. I know because I own it . The Frantik. Mine is upgraded with modern fork and shock. Horste link rear suspension. Very little anti squat so it sticks like glue to terrain. 65 degrees HTA . 26 inch wheels they are lighter , stronger . No stupid boost BS. Yet the 150 mm rear axle is rather wide. Bring back the Frantik. Do something different. Make a free ride bike . You have in the past.

silverstanktions (Jan 12, 2022 at 11:00)
I've never liked the look of Devinci's with the bent top tube, but that new Spartan is a really nice looking bike. Maybe Devinci is more popular out east, but in Western Canada, you just don't see many of their high end bikes in the wild. Hopefully this helps with their marketing because they seem like solid bikes.

markuslang (Jan 12, 2022 at 15:12)
Awesome. Congrats to Devinci on landing Zink. That last video Zink put out with cameos of Palmer and flashes of the Reno sign was insanely good. Hope to see more of that in the "to be continued."

josh250 (Jan 12, 2022 at 22:47)
I ducking love this guy! So much respect for him, being a dad really changes so many things in your head and to still push it like he does literally blows my mind. Actual legend of the sport for sure

jtorrento (Jan 12, 2022 at 14:22)
I never would have thought this and yet this makes more sense for devinci than a world cup DH rider. Good job devinci.

timsabes (Jan 12, 2022 at 19:39)
just saying. Cam Zink is a F'N stud. Sooo much fun watching him through the years. hopefully he got a good deal with DeVinci. he deserves it

ajhollidayyyyyyyyyyyyyyyy (Jan 16, 2022 at 16:35)
remember when cam zink had a solid sponsorship with a good company?

tajtigabor (Jan 12, 2022 at 11:12)
This spartan is so ugly to my eyes. I hope they cook up some very exciting gravity oriented models with Zink