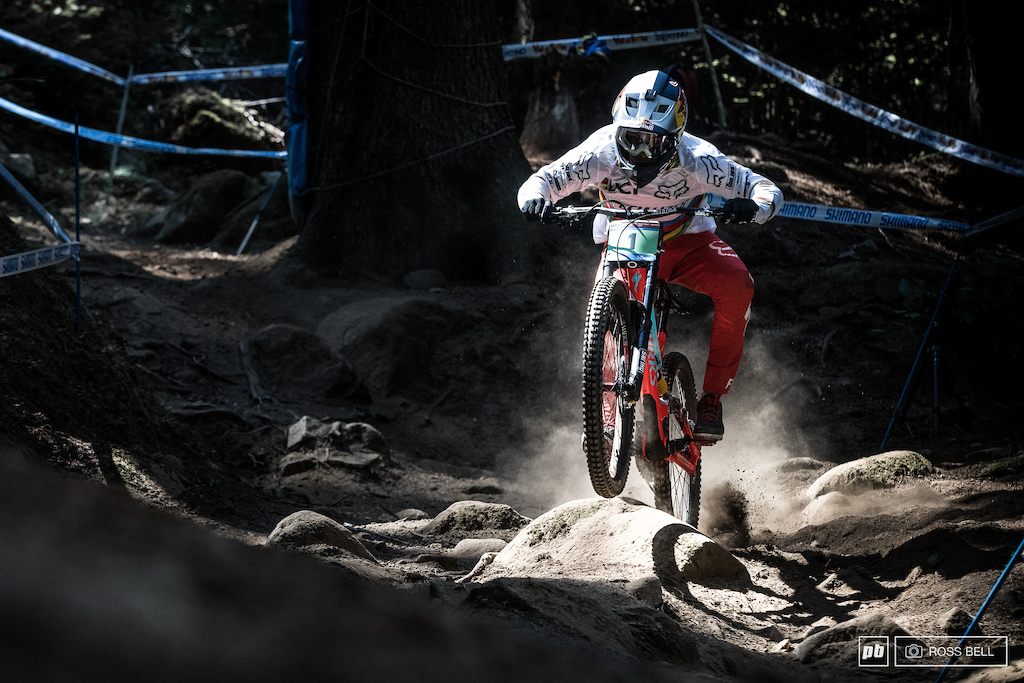 Cycling Canada has announced a 51-rider squad that will travel to Val di Sole to compete in the UCI Mountain Bike World Championships August 25-29. The team includes 36 cross country riders in the junior, U23, and elite men's and women's categories and 15 downhill riders representing junior men's and women's and elite men's categories. The team will not include any elite downhill women, likely because most of the women who would be eligible to race are focused on enduro, freeride, or Crankworx events this season. Cycling Canada's press release said the women's elite downhill brigade was "choosing not to travel at this time."

Among the cross country racers are Catherine Pendrel, Haley Smith, and Peter Disera, who recently represented Canada at the Tokyo Olympics.


In exciting news for the downhill team, Cycling Canada will provide full factory-level support for the first time to several riders to the gravity crew.


The riders named to the team are as follows:

briceshirbach (Aug 13, 2021 at 13:49)
Rachel Pageau absolutely deserves the opportunity to race for her country. I think Canada does a lot of rad things, but Cycling Canada has dropped the ball here.

Dudeclimbsrocks (Aug 13, 2021 at 12:54)
Well it's UCI World Champs, so i assume they would need UCI DH points to be able to be selected, and tbh I haven't checked but I'm not sure there's any Canadian women on the DH elite circuit right now.. fact check?

mc-marshie69 (Aug 13, 2021 at 13:06)
@Dudeclimbsrocks: pretty sure you don’t need points because it’s not a World Cup. Instead of representing yourself your representing your team. Vaea raced in 2019 world champs after not doing any world cups. And this year there isn’t any Canadian women racing in DH

baileygs (Aug 13, 2021 at 13:37)
@Dudeclimbsrocks: Theres been 3 Canadian women on the circuit this year, Rachel, Miranda Miller and myself. Selection is mostly based off nationals, but the fact that Rachel is already in Europe, competing in Maribor and Lenzerheide but unable to compete in worlds is wild.

tjhill (Aug 13, 2021 at 22:12)
Ridiculous there are no elite female DH riders attending, almost seems like some kind of joke considering the talent in Canada? This has GOT to change!

Jaib06 (Aug 13, 2021 at 14:11)
Why is it that despite being some of the best riders in the world, there has (other than Stevie) been a hugely successful Canadian rider in recent memory?

roadrasher (Aug 13, 2021 at 15:37)
Jaxon Goldstone has been killing it in junior this year. There is this other young guy named Finn Isles who is always a top five threat. Canada has a solid representation of fast women in the Crankworks events. They don’t really race will cups but the sad reality is they probably make a lot more money riding to Crankworks series. And good for them,why the hell not. It’s not like DH is even an Olympic sport. Instead of racing to impress the UCI they race to earn a living. I think our country would be much stronger on the racing scene if DH were an Olympic sport then they could get federal funding.

Jvisscher (Aug 13, 2021 at 21:44)
@roadrasher: I’m proud to see them riding to make a living and to advance/expand the sport rather than to provide content for the UCI or Olympic corporations.

ezdoesit (Aug 15, 2021 at 10:45)
Funding. Cycling canada is a joke. Pay an expensive membership get a shirt, and no financial support. System puts a financial ceiling on its riders.

bikesandbeers (Aug 16, 2021 at 15:20)
Its not that Canada doesn't have any good racers, its that Stevie was exceptional. You could compare him to racers in any country and have a similar outcome

madmon (Aug 13, 2021 at 14:50)
bummed that no females are being supported here we have kick ass rippers this is a mystery. Even one would be awesome.

acolette (Aug 14, 2021 at 6:19)
Vaea knew she didn't want to race Worlds, reached out to Cycling Canada prior to doing nationals and was told that the top 3 riders from Nationals would be selected, and if they declined they would continue to go down the list as long as it stayed within the top 8 riders. (This was posted on her instagram story)

What appeared to have happened was the top 3 riders from nationals were asked, declined, and then cycling canada seemingly did nothing and decided to not send any women. There were 3 more eligible racers on the list within the top 8.

TrevZ (Aug 13, 2021 at 17:05)
I work in a hospital and have been told so many times that we don't have enough money for appropriate (safe) staffing for patients, it's weird seeing this. I'm happy for the crew just didn't realize we had the money to throw around.

slimdog (Aug 13, 2021 at 12:26)
Why does Canada have to chip in money to a full sponsored DH rider? Could you be more specific on where my tax money goes please.

pourquois-pas (Aug 13, 2021 at 12:58)
You're right, we should cut funding for any pro who represents their country... starting with the Men's hockey squad.

sonuvagun (Aug 13, 2021 at 13:56)
Well the idea is that funding sport at an elite level provides some incentive for people to test competitive waters. It's not a lot but another aspect of the idea is that if more people are active then they are healthier, more productive, and less of a Medicare cost. If it works or not is not a debate I'm interested in, but that's my understanding of why funding goes to sponsor these kind of things.

VwHarman (Aug 13, 2021 at 14:10)
@pourquois-pas: If anything needs funding cut its hockey Canada, or better yet, hockey Canada should have to provide back funding to other sport at the national level in the country. If any sport in this country is applicable to the argument made above, it’s hockey first and foremost…

djm35 (Aug 13, 2021 at 22:12)
Maybe it's the insurance they need plus they are representing their country rather than just a brand/team. I want to know if countries (non EU) can change their teams as there seems to be lots of injuries at the moment.
Post a Comment