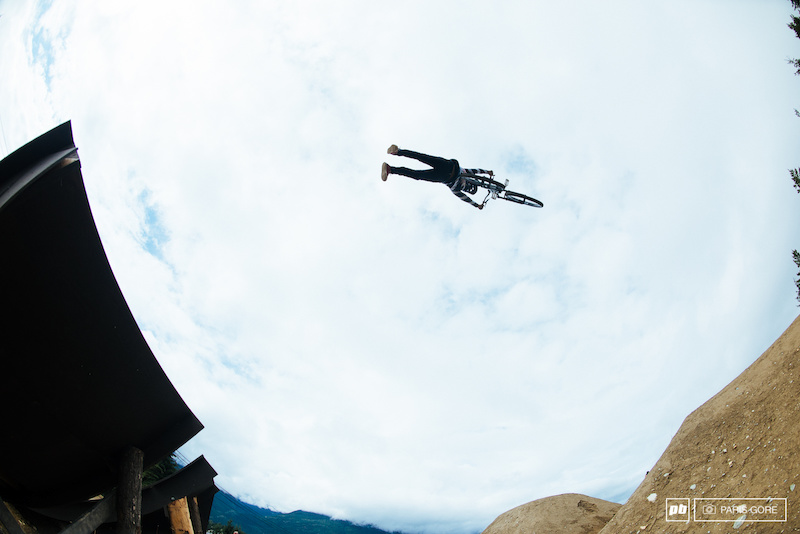 Carson Storch has had a pretty hectic season. Coming off of a stellar 2014, which saw him finish in the top 10 at Red Bull Joyride and a solid appearance at Red Bull Rampage, he entered 2015 fitter than ever, with a quiver of custom-made Diamondback bikes, and all the motivation one could ever need. He secured his first ever slopestyle contest win with a huge run at the Colorado Freeride Festival. Heading into Joyride at Crankworx Carson was in a total groove until he crashed on a routine trick in practice and broke his collarbone. With Rampage looming a mere eight weeks out, Carson has focused on recovery, strength, and learning the intricacies of his newest bike. Here’s what Carson has to say about the biggest contest of the year, which kicks off in the southern Utah desert next week. 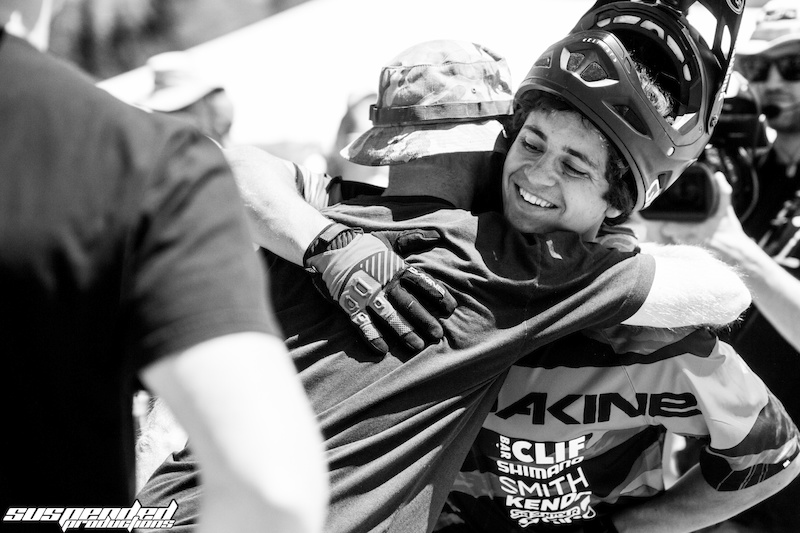 Going into Redbull Joyride you were on a roll with a 1st place at the Colorado Freeride Festival and landing new tricks. What was the first thing that went through your mind after your crash?

Things were definitely ramping up for me going into Joyride. I was having so much fun riding and progressing pretty consistently the weeks leading up to Crankworx, so for it all to come to a screeching halt on something I did a hundred times during practice (bar spin) was pretty tough. Injury is a big part of slope style, so you just have to deal with it the right way and come back stronger. 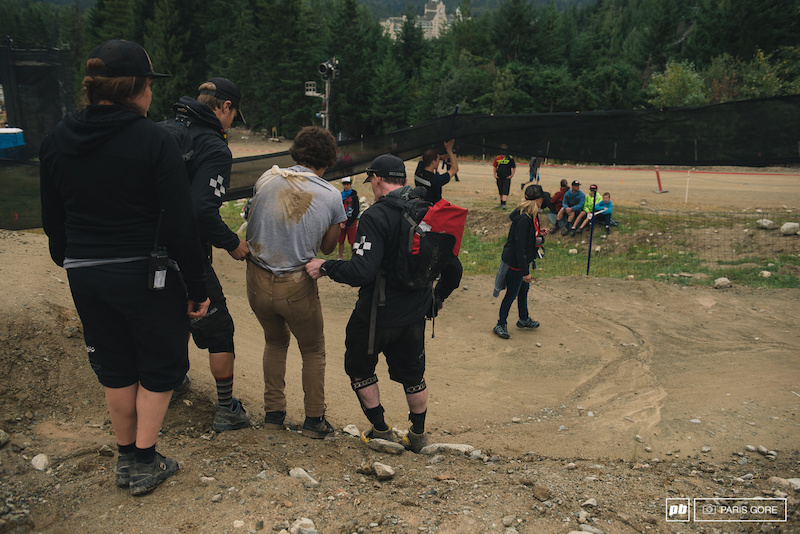 You've had a super fast recovery - only six weeks, and you leave for Rampage tomorrow. Do you feel ready?

I feel ready. Diamondback built me a custom 26" wheeled DB8 with a really short rear end and I've been riding everything I can on it getting comfortable. Best DH bike I've ever had.


What have you done to speed your recovery along?

I have a really good surgeon and physical therapist that have been helping me through the whole process. Basically doing what they say, and drinking lots of smoothies/taking good vitamins. Getting on my trail bike a little earlier than I should have actually helped a ton, just putting enough stress on the bone and hardware expedited the healing because my body was forced to heal faster. At least that's my theory.


Last year's Rampage was your first time competing in Virgin. What was that experience like for you?

I came into it without any real set in stone expectations, and it turned out to be a great experience on and off my bike that I will definitely never forget. Good friends, good riding, and a first hand witness to one of the heaviest contests in action sports.


Did it go better than expected?


How did that set the tone for this season?

Definitely set the tone high, I was feeling good about my riding and the future. Made me realize I am living my dream. 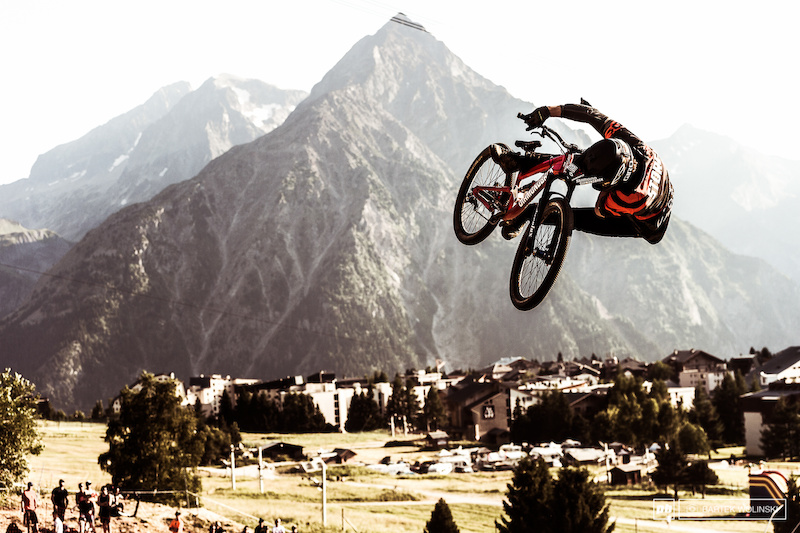 Is Rampage something that's in the back of your mind throughout the year?

Yes, it's something that lingers back there. I just look at it as a great opportunity and a privilege to be a part of, so every time I think about it I get stoked.


What're your expectations for this Rampage?

Coming off of a broken bone, I just want to go have fun on my bike and not set any expectations. I've been working hard and am feeling good on my bike so given the chance it would be rad to just forget about my injury and push myself. Making finals would be cool, but it's obviously not an easy thing to accomplish with all the talent that will be shredding.


Will you be riding a similar line to last year or creating something new?

That is a possibility, but I am planning on leaving my mind open and doing whatever feels right.


Rampage is a very unique event where you are in charge of building your own line with a small crew of people. Who is on your dig team this year?

A couple buddies from Bend, as well as (Diamondback team rider) Eric Porter and Jordan Einers from Salt Lake. 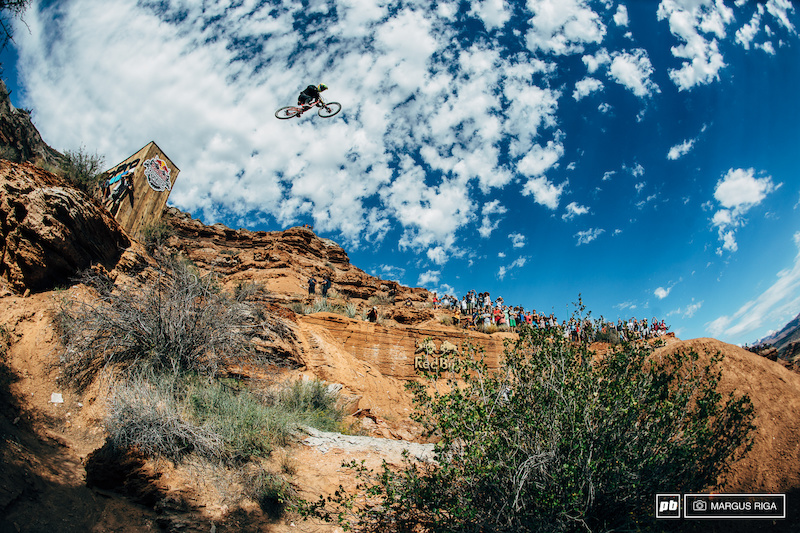 Anything exciting up your sleeve?

We will have to wait and see!


What are your plans after Rampage?

I am working on completing a couple video projects and getting into the off-season will give me time to get those done. After that - riding everyday!


From everyone at Diamondback, we want to wish Carson a fantastic experience at Rampage. Ride hard, ride well, and enjoy every moment!

Steezwhip (Oct 4, 2015 at 22:22)
I really hope he does good, he seems like such a humble hard working guy, and to go into rampage after just coming out of an injury, he gets serious respect points, not only since it's a physical battle, but a huge part mental. He's going to be such a sick slopestyle rider in the coming years