Cause of the Pain with James Shirley 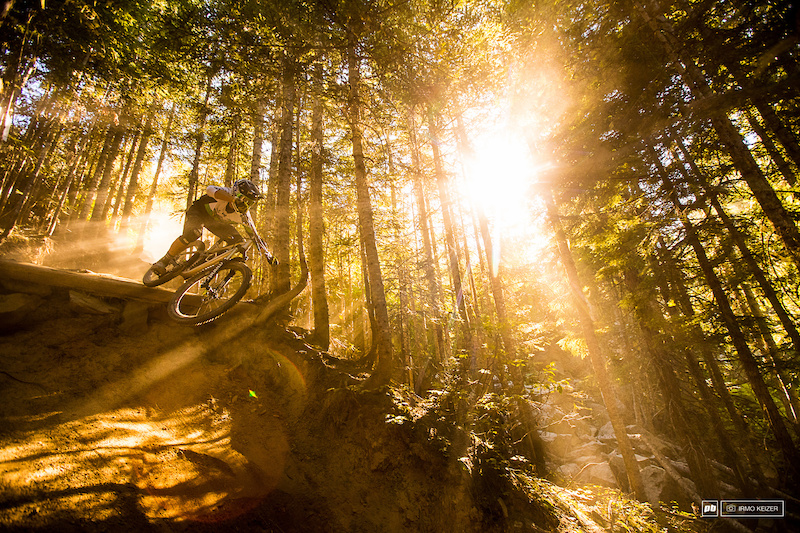 After a disappointing start to the season, I was hoping for a strong result at the Megavalanche this year. I had just done a solid block of training at home and I was pretty psyched. After two days of driving, I found myself at the top of Pic Blanc glacier alongside my manager Joost for our first practice run down the snow. ‘Just be careful’ he says as we set off from the top. Unfortunately, I was a little too excited and I couldn’t keep it in my pants for very long. I quickly got up to a ridiculous speed on the hard fast ice and out broke myself into the first corner. I slid out and stopped abruptly at the ice wall on the outside of the bend. I felt the vertebrae in my spine crack and compress as my body became even shorter than it already was. ‘Oh dear’, I thought to myself, ‘I think I’ve broken my back again...’ 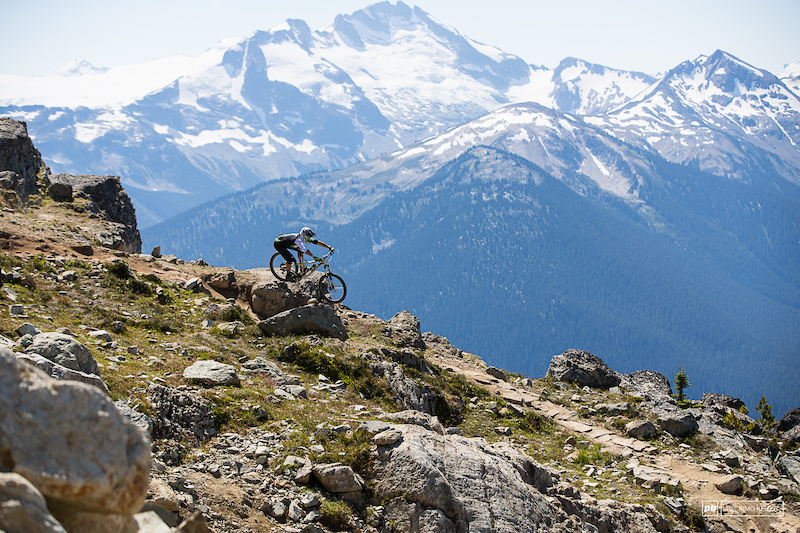 One expensive x-ray later and a short hypothesis from the doctor suggested that nothing was broken. However, he also said that if the pain got worse then it probably was broken. Thankfully it didn’t get worse. It just stayed the same - for quite a long time.

Sore back disease is a bummer. It definitely made me question what I’m doing with life. This was the start of my latest trip which would see me through until the middle of October. The plan was to ride bikes every day - not just sit in the van drinking tea and getting fat on cake. When I’m healthy I usually appreciate the structure and direction that training gives me to become fitter and faster but true satisfaction only comes with results and I’ve not had anything good for a while now. My sponsors are aware of this too. When I’m not able to push myself I feel somewhat lost. There aren’t that many productive things that can be done whilst on the road other than stretches and simple physio but I set about trying my best to be useful. The first thing I did was build up a new bike for myself with the parts I had in the van. 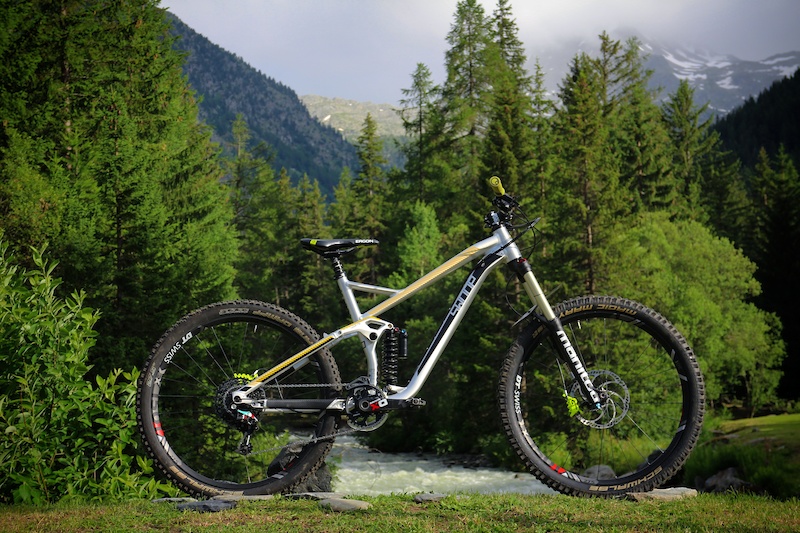 The next obvious thing was to look after my teammates at the EWS in La Thuile. Raphaela Richter was racing in the Women’s U21 class; Carina Cappellari from the DH team was racing in the Women’s category and our DH mechanic, Gavin Black, was racing in the Men’s category. Gavin and Carina were fairly self-sufficient but I was there to do some shuttling and any necessary food or pit duties. It was nice to feel as though I still played a part in the competition. All of our riders put in solid performances and Raphaela managed to win her class by almost 2 minutes! 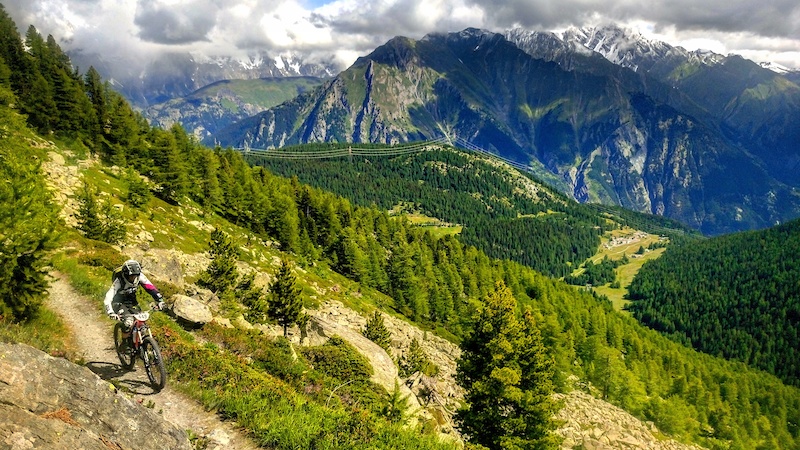 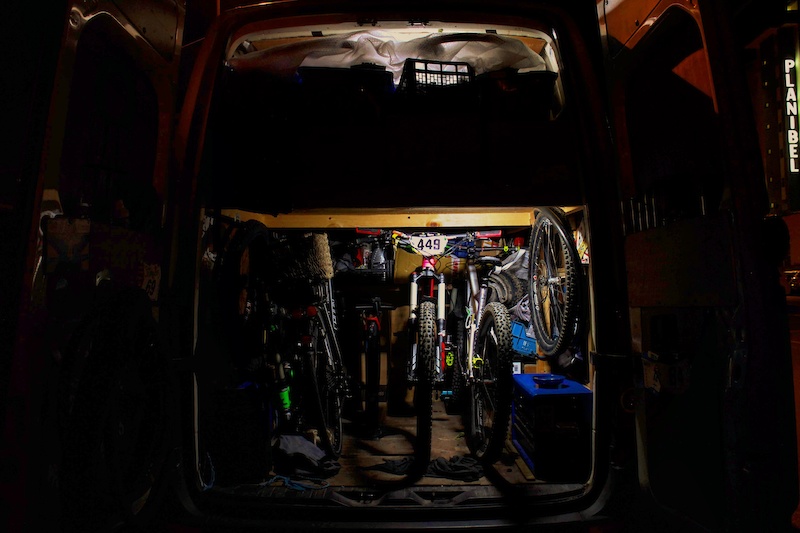 Before my injury, I had already booked flights to Canada so that I could compete at the Crankworx EWS in Whistler. By the time I arrived, my back had recovered sufficiently that it didn’t hurt to breathe anymore so I decided I could start cycling again. 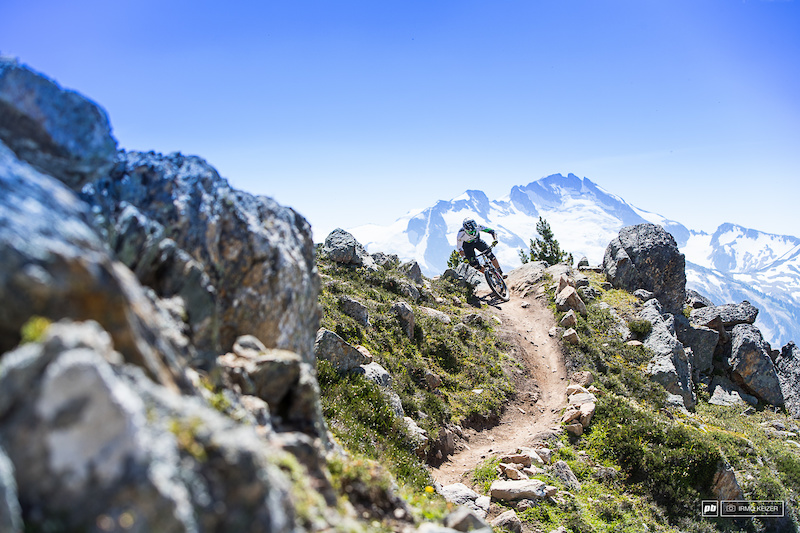 I began with gentle, easy trails and it was another couple of weeks before I could handle the bumps and jumps of the bike park. The race was looming and I wasn’t sure how I’d cope. Without having done a proper competition for a long time it took a lot of pressure off my shoulders because I had no expectations. I also stopped putting pressure on myself with respect to sponsorship as well. I only ever seem to get a one year contract so I never know what my plans will be for the following season and negotiations usually start around this time of year. I may get a similar deal but maybe I won’t. Either way, does it really matter? Whatever happens, I’ll still be racing! I opened my eyes and remembered that it’s important to live in the present: to appreciate what you have there and then. I was in the sunshine, surrounded by mountains, riding trails, swimming in lakes and with my friends. That’s all I could ever ask for so let the good times keep on rolling! 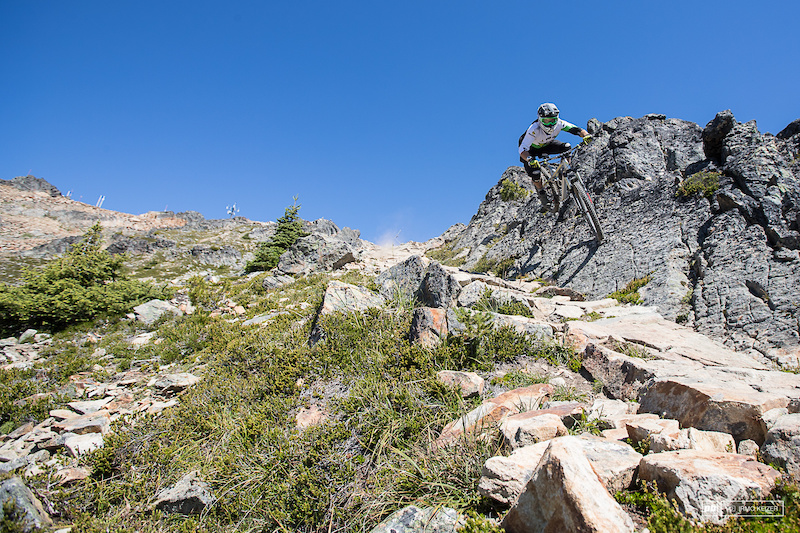 Jamesy-Boy (Aug 24, 2016 at 10:41)
I don't do running so it probably wasn't me. Cheers anyway Glasvagas. Thanks for your comments guys. I'm currently out at the Trans-Rezia and my back is holding up well...