Mark Matthews has the eye of an artist when he builds his trails. He finds a picturesque landscape, identifies a line that complements his riding style, and spends hours in the forest, turning his vision into a creative masterpiece that translates beautifully to the screen. His newest line and the surrounding trail network provided the perfect setting to showcase speed and style against the backdrop of a lush Pacific Northwest forest. Complemented by the raw sounds of Mark’s bike on the trail we hope you enjoy ‘Changing Seasons.’ 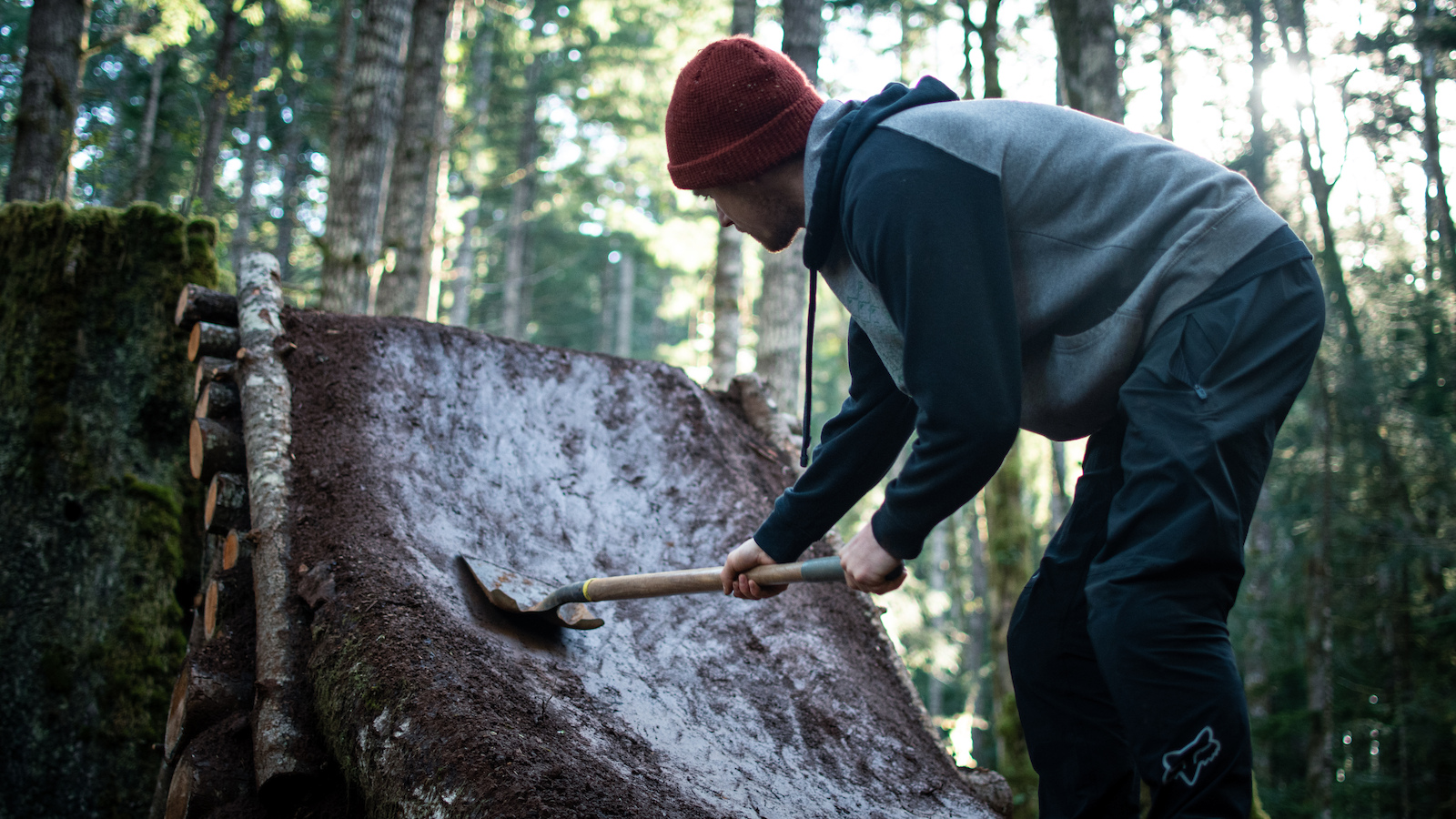 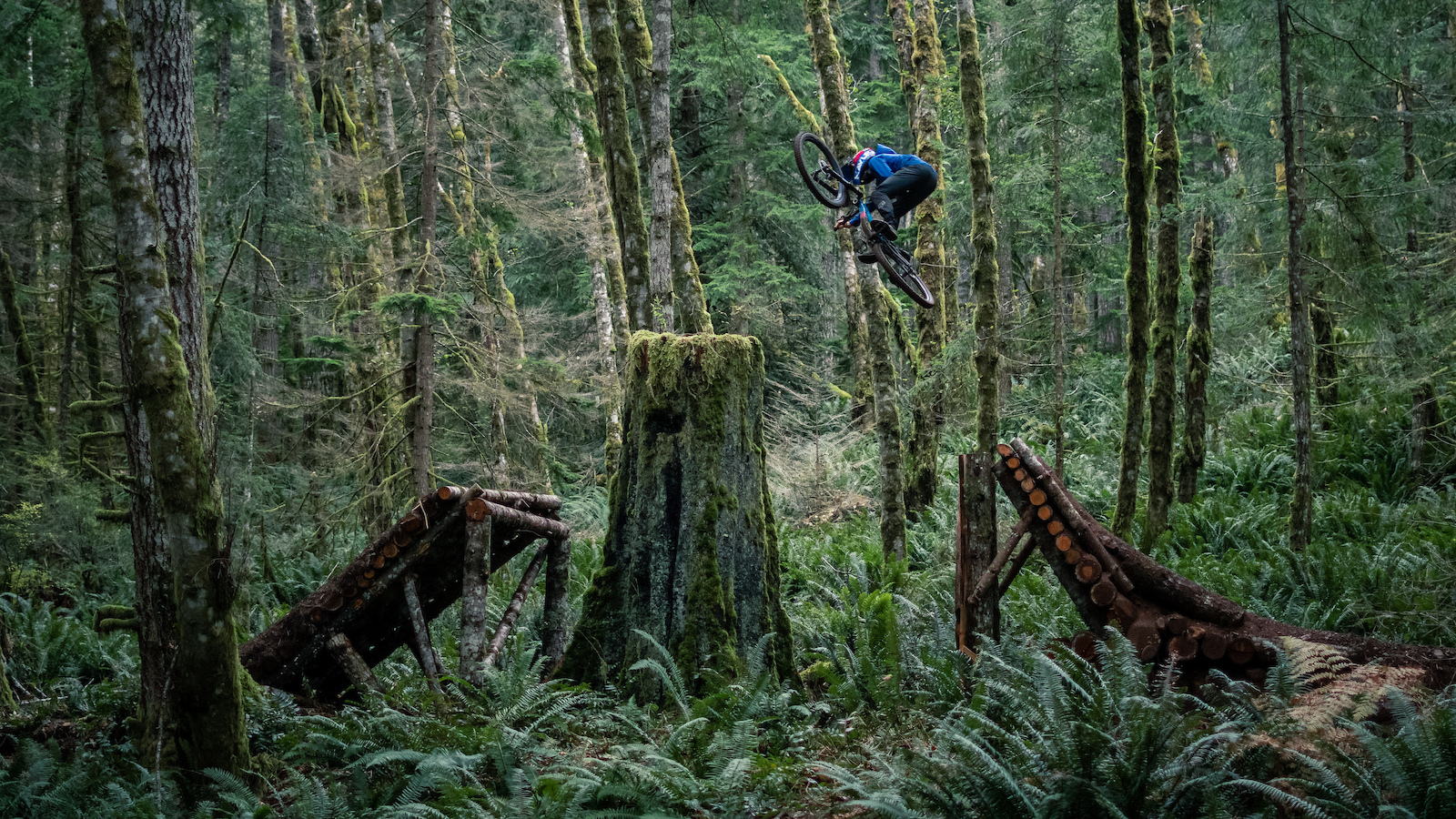 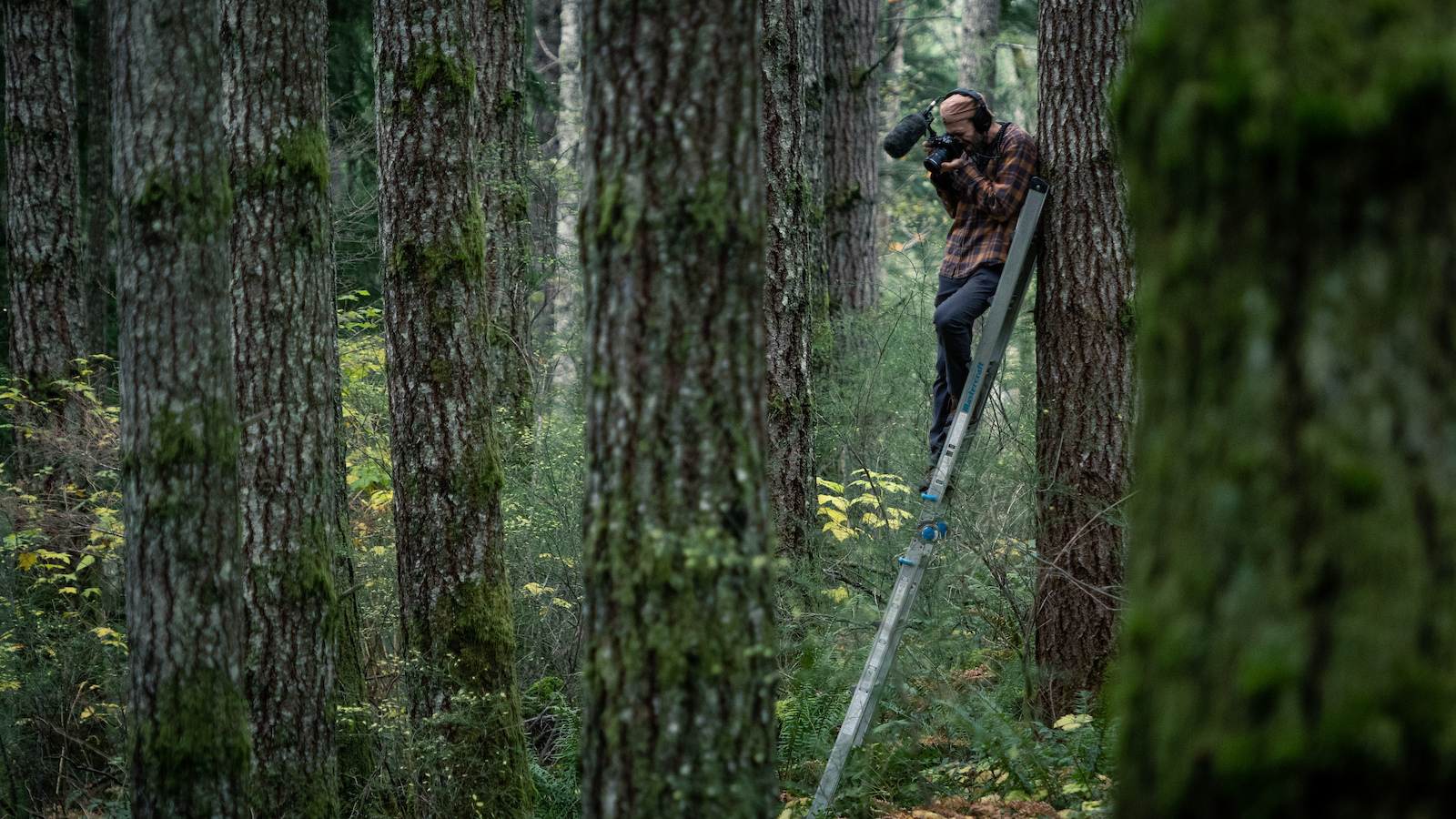 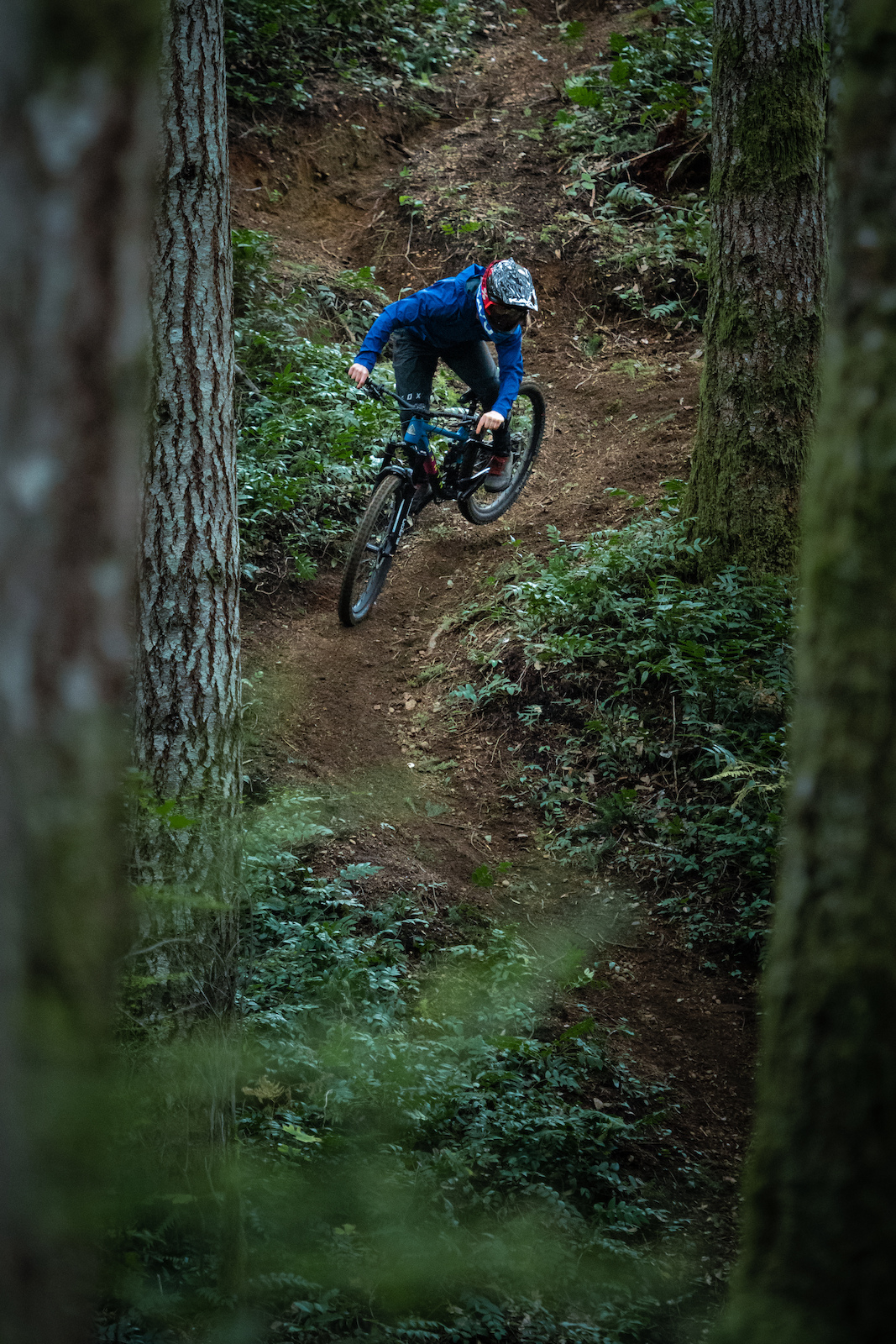 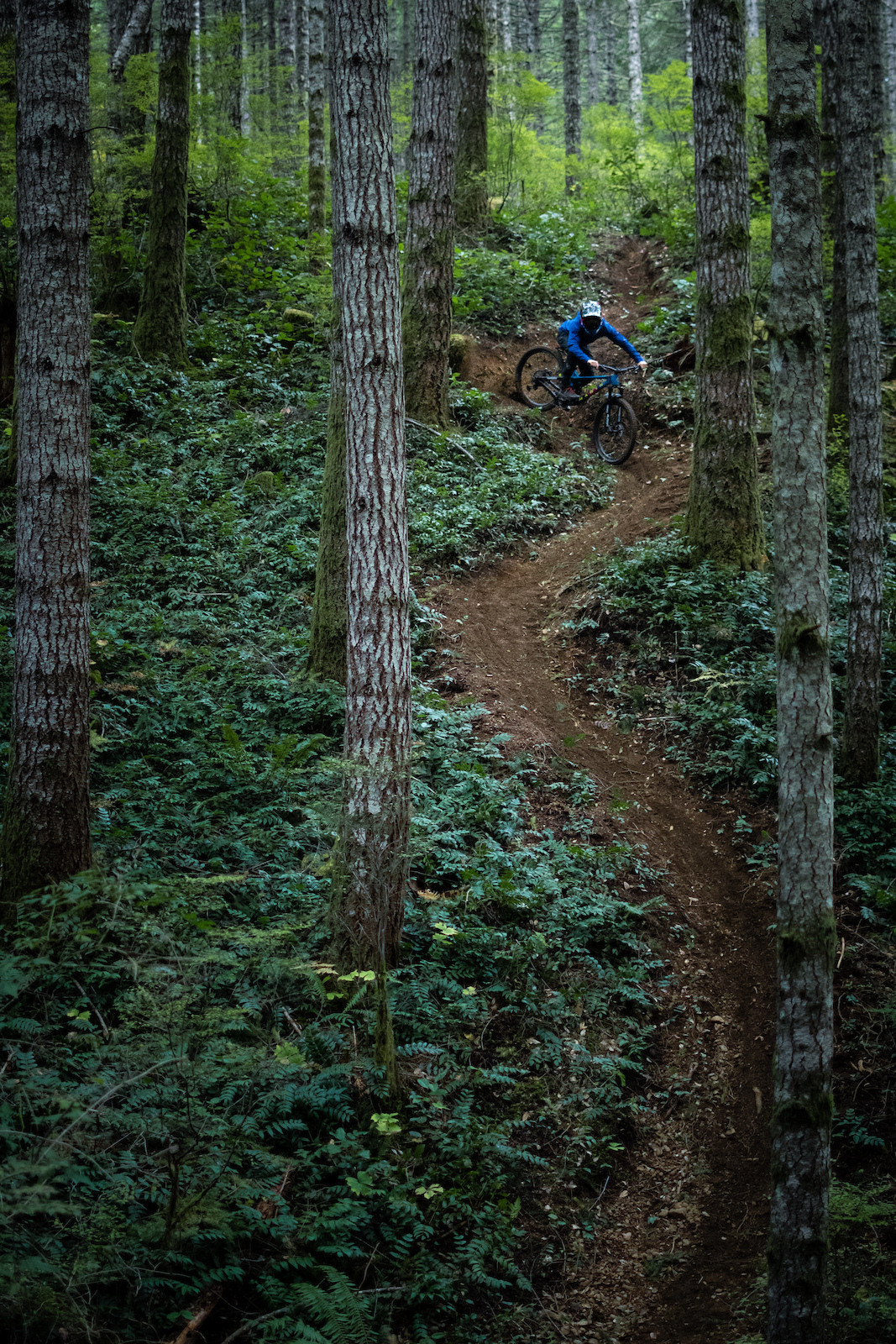 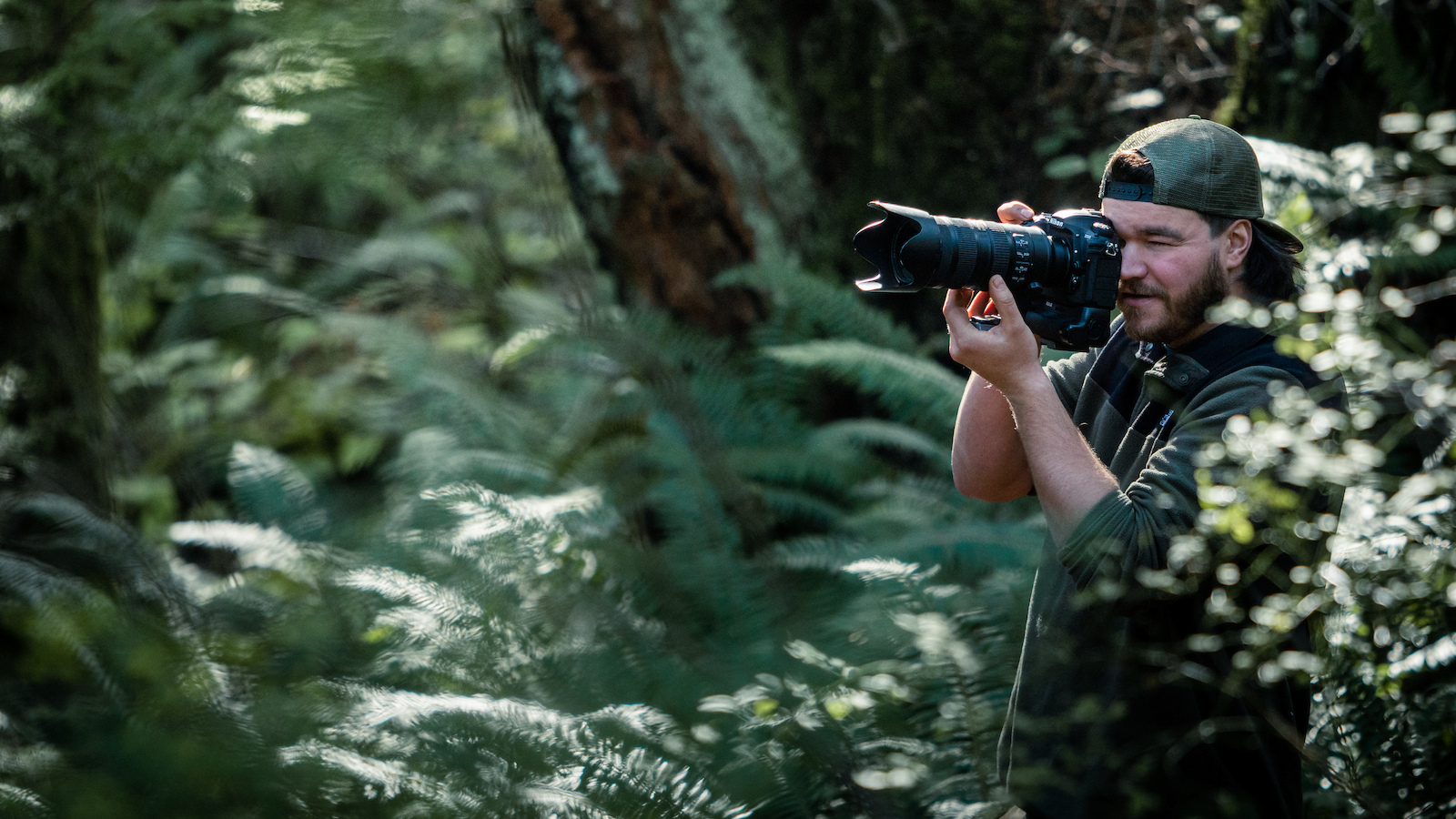 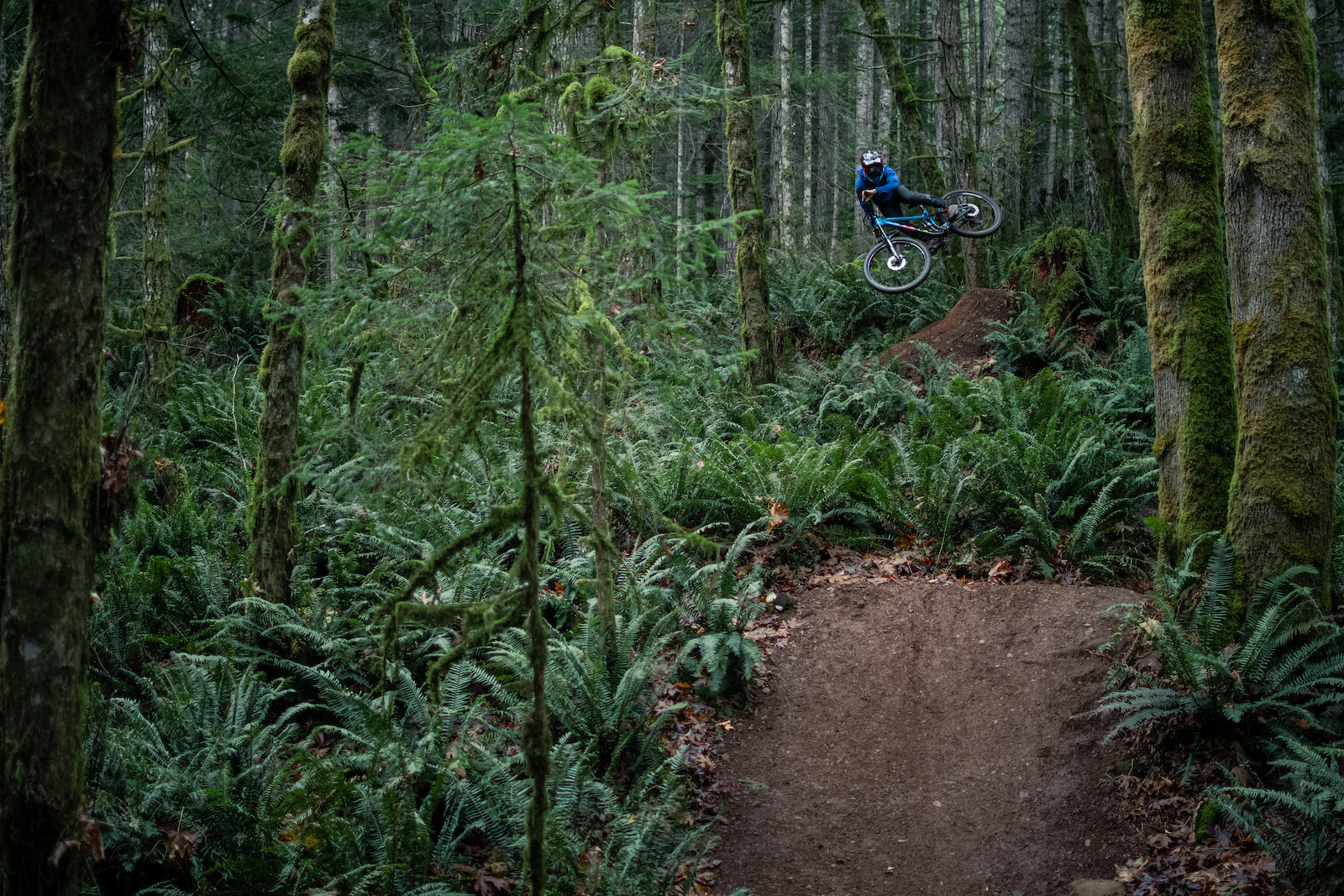 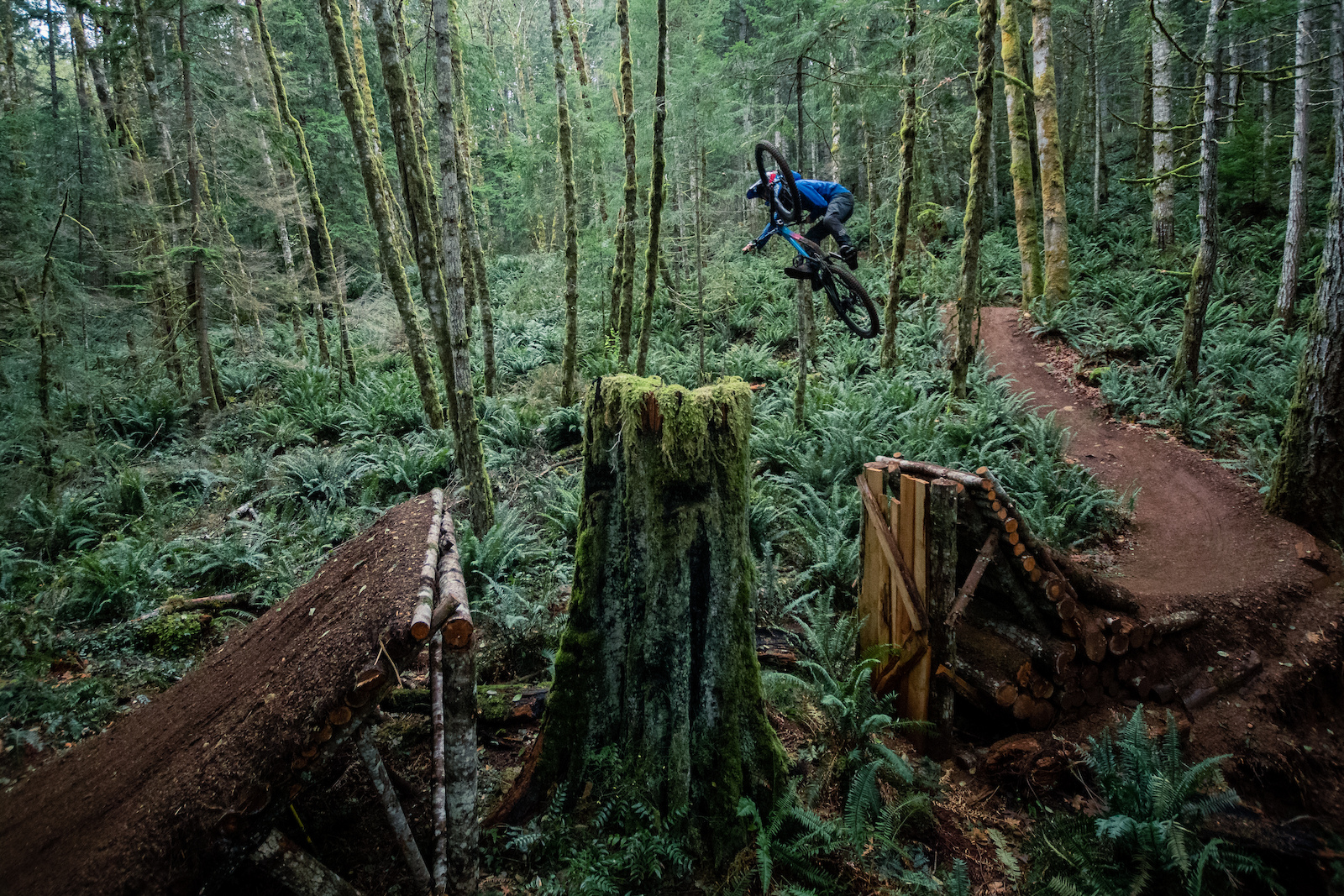 In order to have continuous audio that traveled with the rider during the cable camera shots, we devised an audio setup we could mount on Mark’s bike and allow him to ride unimpeded. After we captured footage of each section of trail, with the help of a small audio recorder, a good microphone, and a whole lot of gaff tape we captured audio of Mark’s riding for syncing in post. His line choice was so dialed that everything matched up and created the perfect blend of visuals and audio. 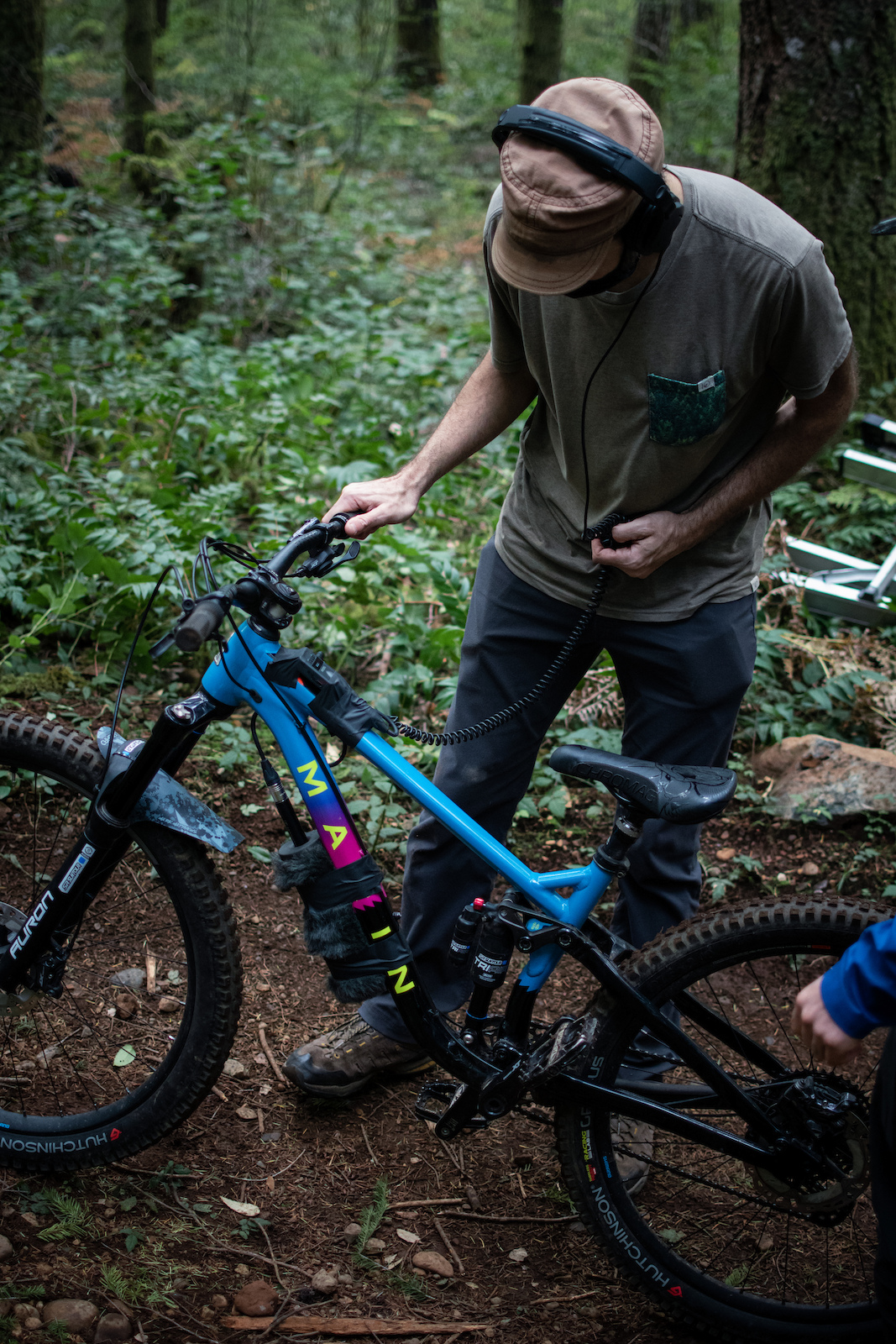 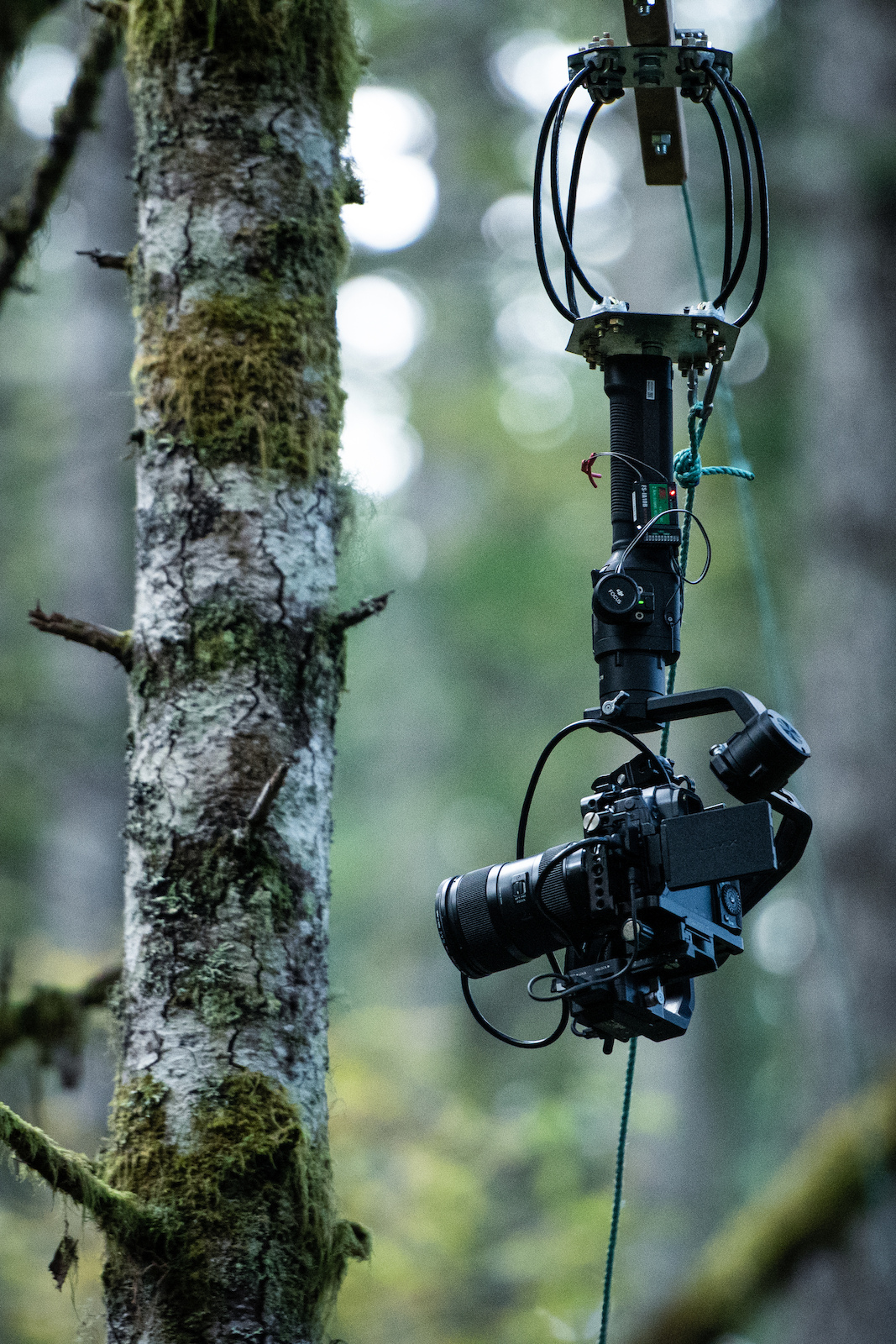 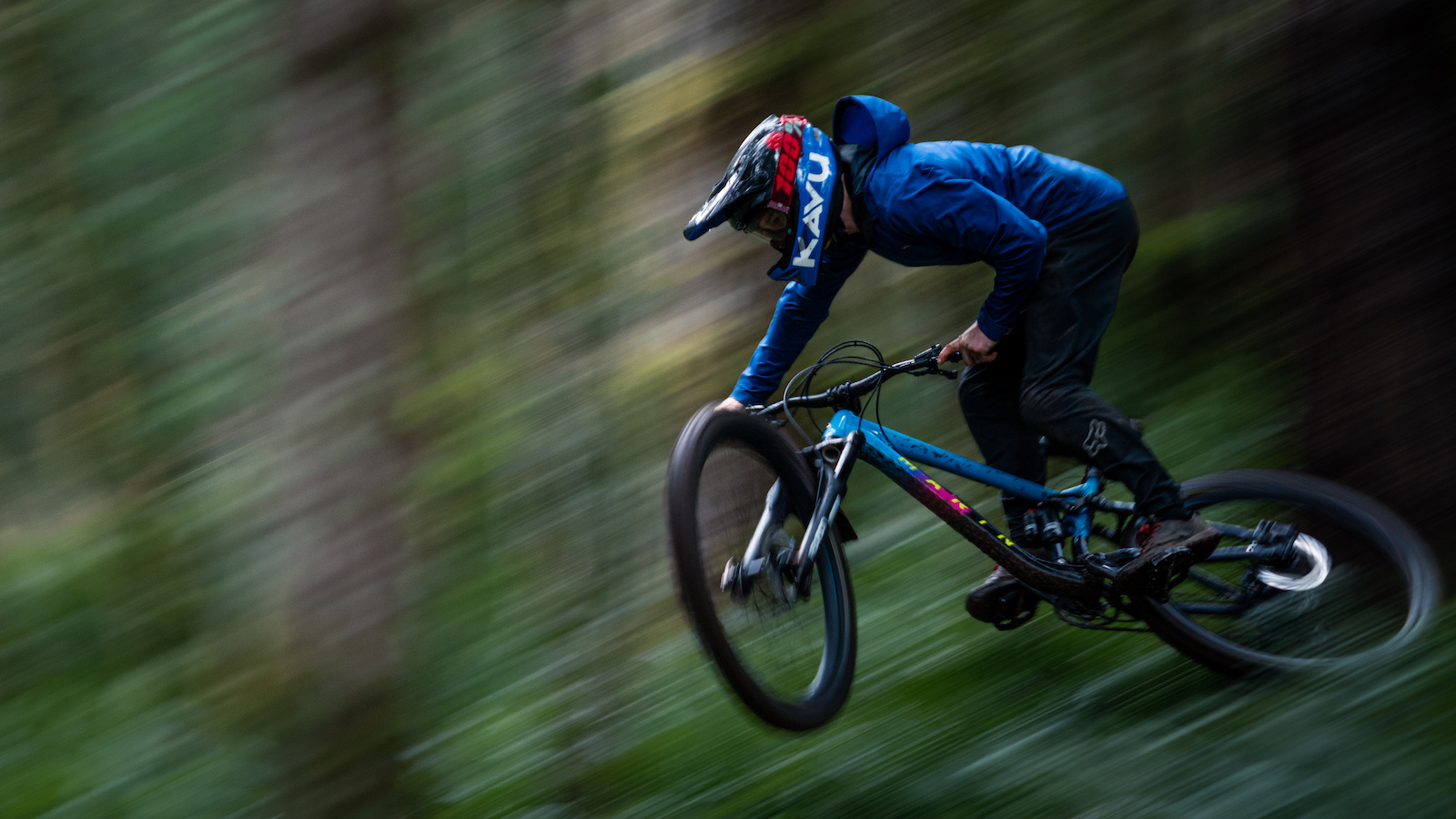 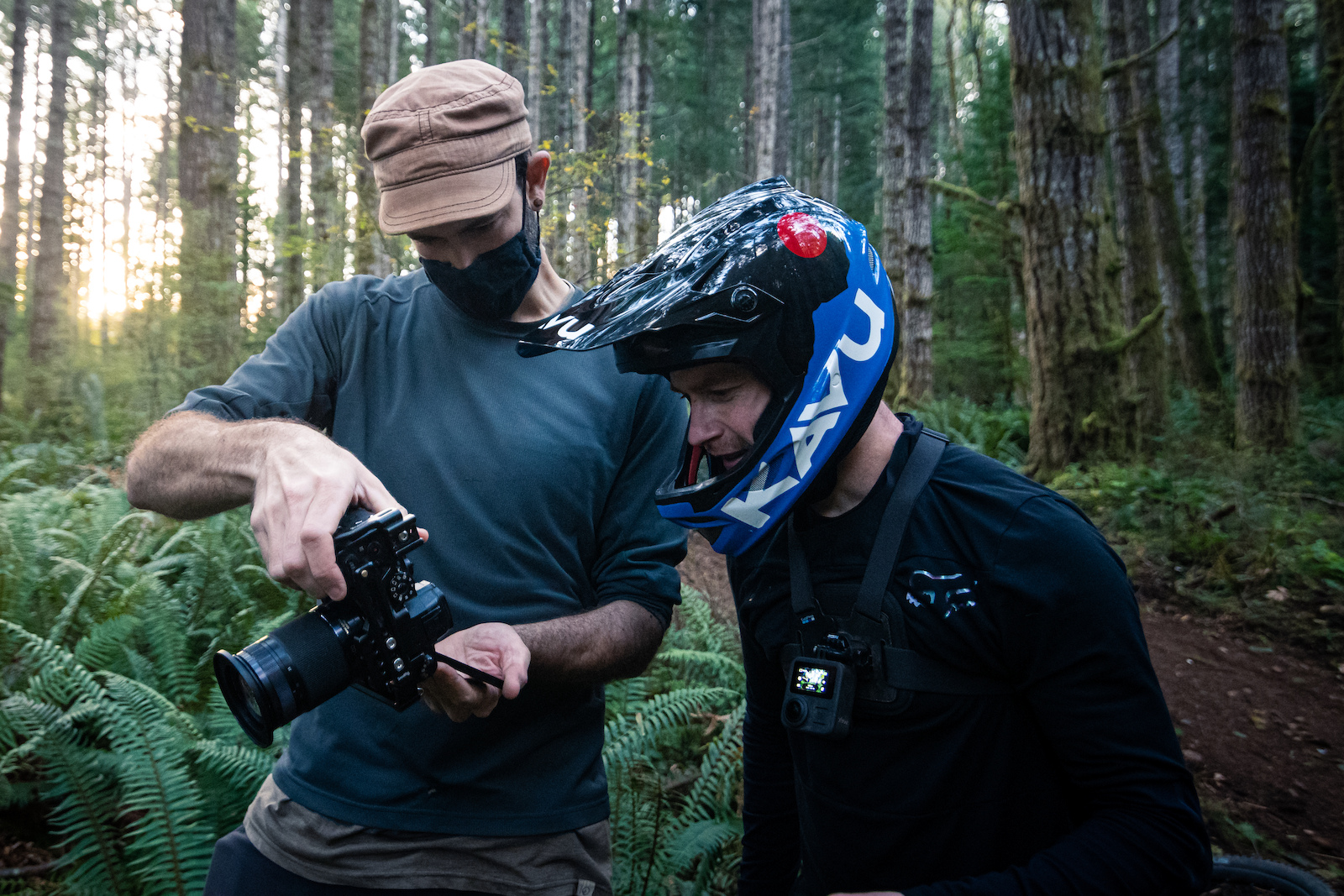 We had all the pieces in place – an amazing crew, a beautiful forest, prime trail conditions, and the right equipment for the job – when the weather decided to make things a bit more challenging. We’d arrive first thing in the morning to an overcast sky and spend an hour or two getting the cable camera set and camera movements dialed. Just as Mark was ready to drop in for the first real shot the clouds would part and flood the forest with patches of sunlight. A forest filled with dappled light is a filmer’s worst nightmare – it’s nearly impossible to create a pleasing image. We’d wait for moments of clouds to squeeze in a shot or two but these were some of the most difficult remote cable camera movements we had ever tried to pull off. Sometimes this meant we’d only go home with 10 seconds of usable video after eight hours of work. Despite the slow pace of getting footage in the bag, every time we nailed the shot, it all felt worth it. 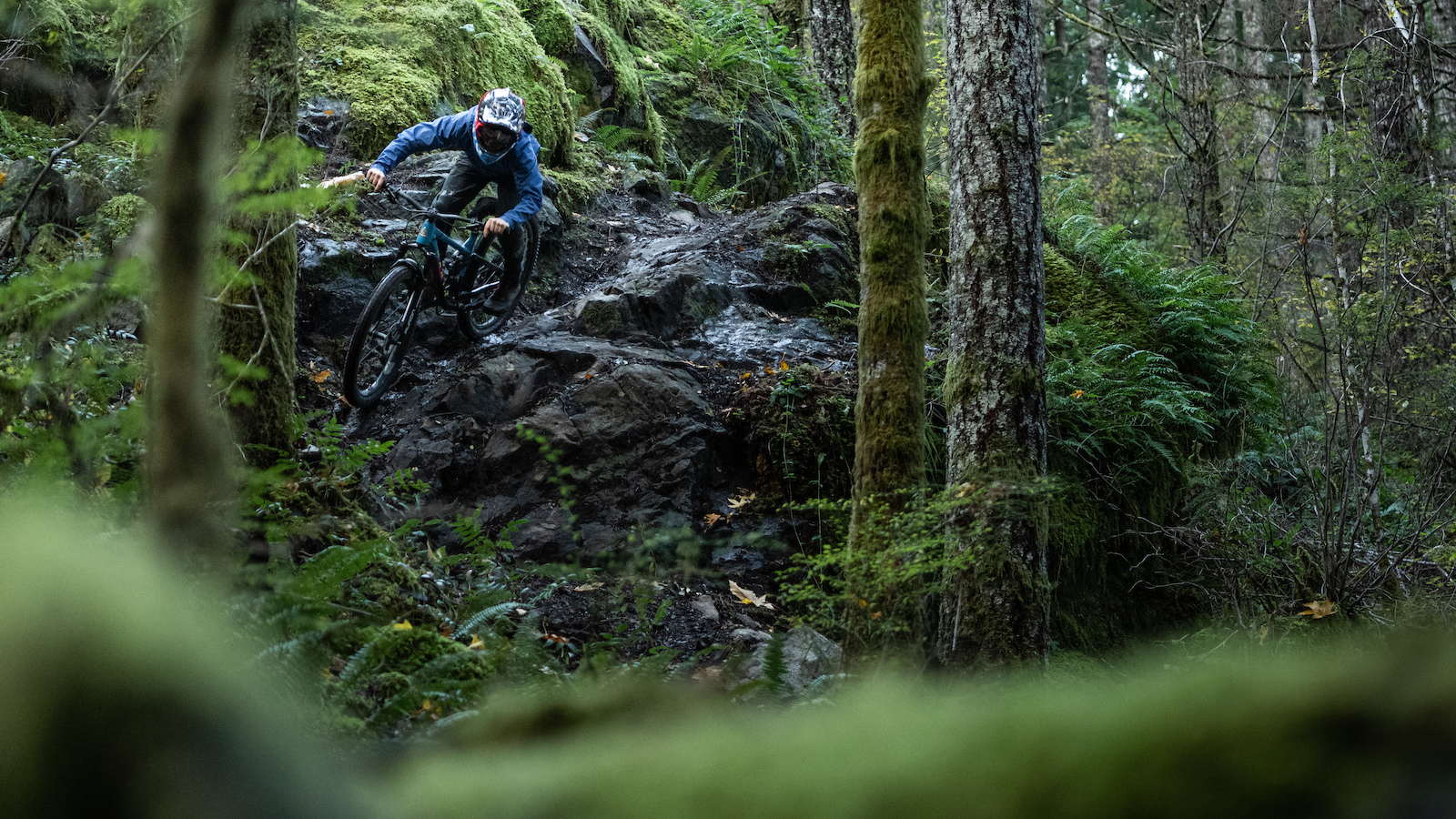 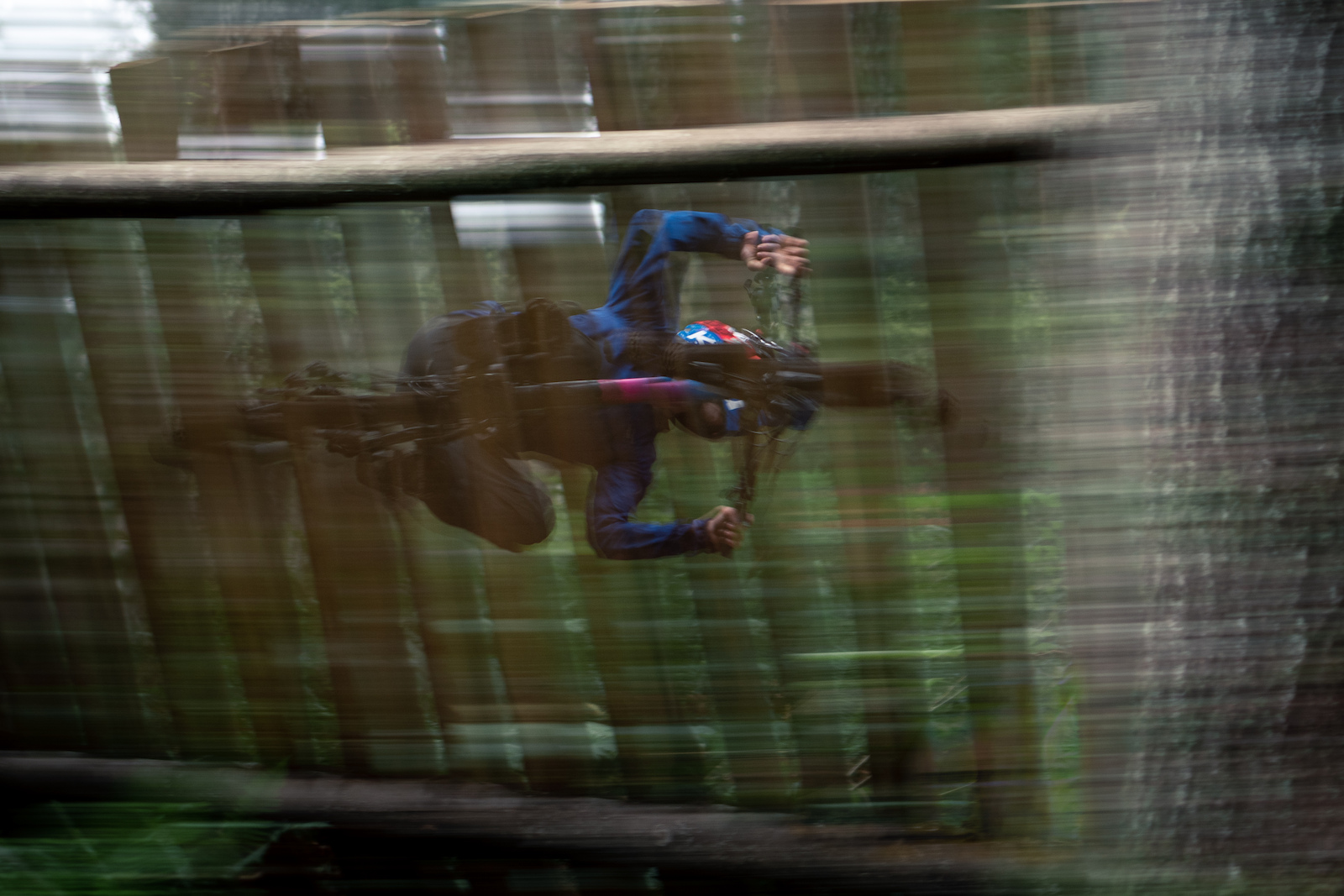 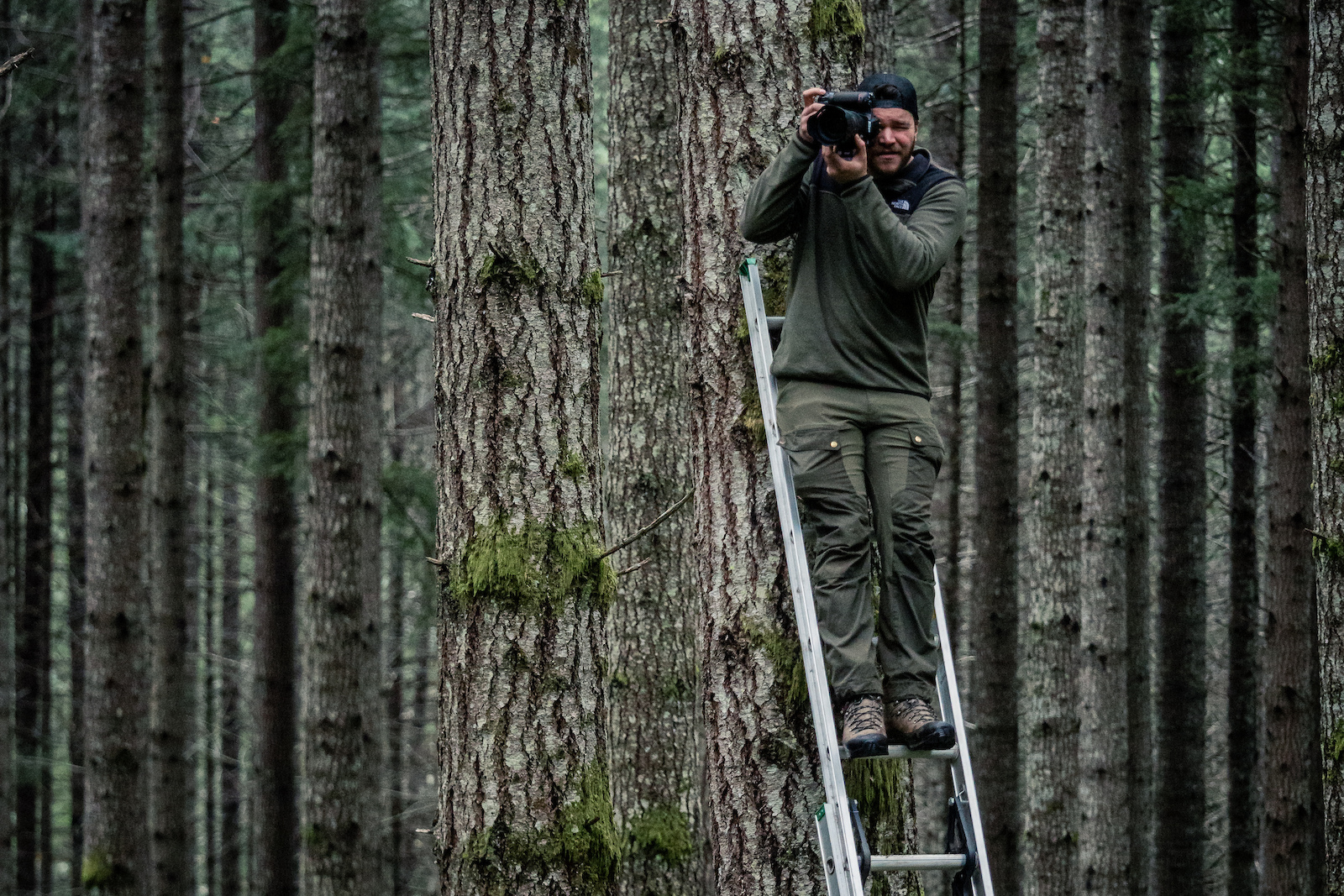 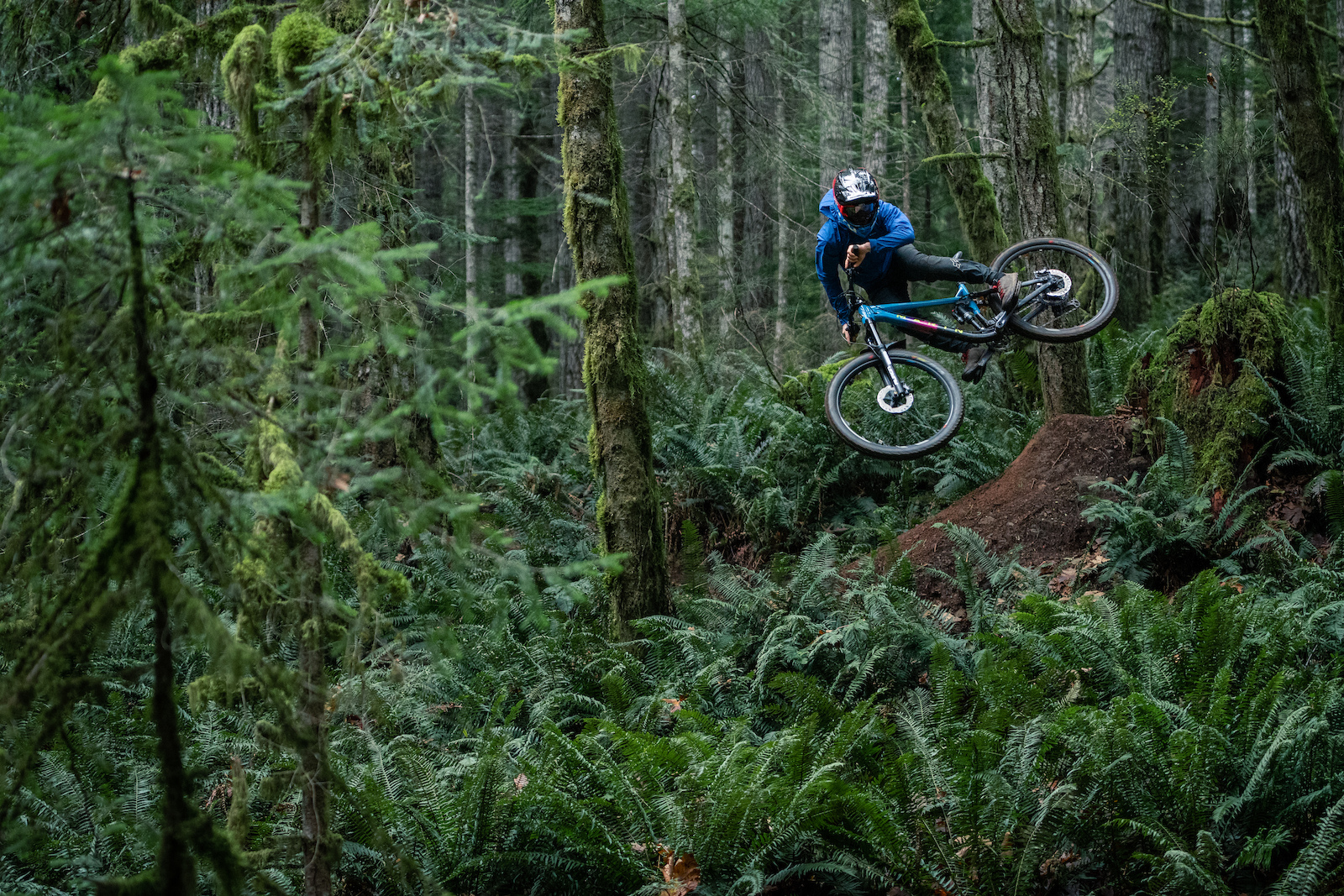 This video was a labour of love. From the start everyone put in their all to make it come together. Within days of the final shots being captured British Columbia was hit with a massive storm, dropping a few inches of snow and soaking all the trails we had just finished filming. We squeezed this one in just in time to see this forest in its Autumn beauty. 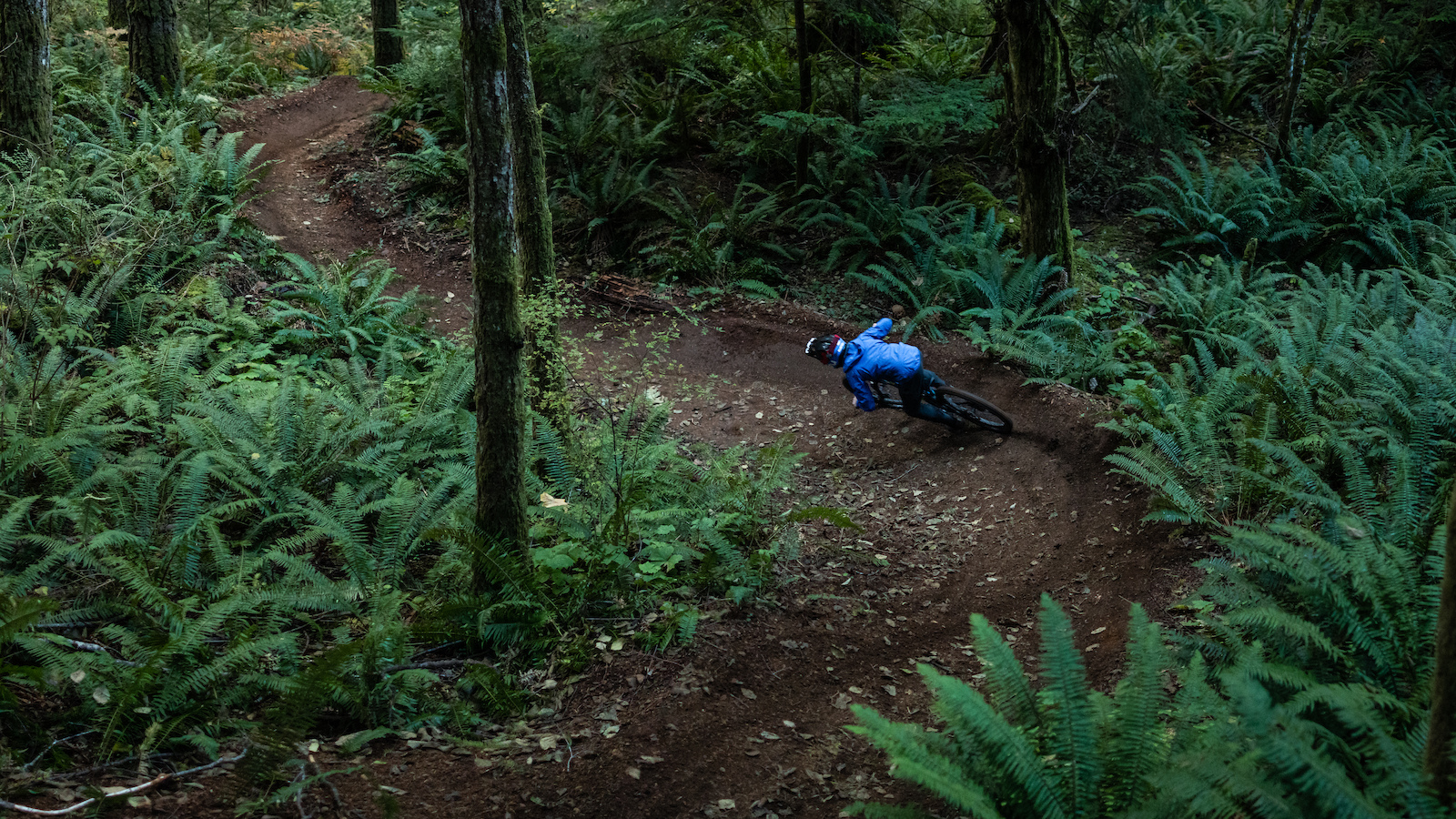 mmatthews (Nov 26, 2020 at 10:03)
Thanks everyone! I'm super happy with how this one came together. If you're interested in seeing the process of how this trail was built, I've documented everything in my YouTube vlogs here: www.youtube.com/markmatthewsmtb

jlavietes (Nov 26, 2020 at 10:24)
This comes second to your whistler raw video a few years ago, still my favorite. Both filled with clean, raw and simple shredding.

gspottickles918 (Nov 26, 2020 at 9:11)
Hot damn!! I seriously wanna go ride my bike now! That triple into a 90* left hander and didn’t hit the tree just blew my mind’ Mark your such a sick trail builder/rider! Amazing work bro!

stephanepelletier (Nov 26, 2020 at 9:46)
WAWAWEEWA, Killer vid, killer photos, Nice work everyone involved. Now time to go riding and try and be like mark

jarrett-lindal-media (Nov 26, 2020 at 13:37)
You know its good when there's at least one excited Borat noise in the comments. thanks man!

Stokedonthis (Nov 26, 2020 at 9:28)
Ever since sweat equity, clicking on a mark matthews video is a no brainer for me

islandforlife (Nov 26, 2020 at 11:32)
Awesome vid!!! And nice to see a full face being worn for this kind of riding... would like to see more of that to help influence to "cool factor" and the kids! Will be showing this shredit to my kiddos for sure!

lightningskull (Nov 26, 2020 at 16:25)
The sound work really stands out. How lucky are all of us for how quiet bikes have become? Nice to enjoy the sound of tires on dirt and little else.

Ksmcarthur (Nov 26, 2020 at 17:39)
f*ck yeah. Stylish as hell. @mmatthews have you ever though about trying to Fastplant that stump jump? That would be so sick!!

The dude absolutely sends it.

I think the beauty of RAW sound is something we all can agree on.
I was never a fan of hub buzz anyway.

DirkMcClerkin (Nov 26, 2020 at 9:06)
Obsessed brain read it as Raaw at first, thought it might be a press release with more information about the new short travel Jibb frame.

dirtyburger (Nov 26, 2020 at 13:16)
The fracturing of MTB design and the creation of distinct novel genres:

slayerdegnar (Nov 26, 2020 at 10:09)
What a legend. Been watching the build on YouTube. Definitely has givin me some good ideas

oldmanhucking (Nov 27, 2020 at 18:24)
Absolutely amazing Mark....kudos! I still watch your Whistler edit from many snows ago almost monthly www.pinkbike.com/video/315286

Great to see you continuing to kill it.

flaflow (Nov 26, 2020 at 15:25)
ya that looked close The only part of his riding I could see myself pulling off. So sweet watching him fly that bike. Thanks for the inspiration to keep pitching it in!

scottbellvisuals (Nov 27, 2020 at 11:39)
Thanks for the comment! That shot took almost 12 hours to nail between camera movements, riding, and uncooperative weather! Glad it was worth it

dagostino (Nov 27, 2020 at 5:32)
the microphone attached to the frame is a Rode microphones Wireless GO?

scottbellvisuals (Nov 27, 2020 at 11:38)
It's a Tascam-DR10X hooked to a Sennheiser MKE600. I'll be posting a BTS video about this project to my Youtube on Monday, stay tuned. www.youtube.com/channel/UC17Pd7900p-XcAYwyVro4sw