Join Pinkbike  Login
While 2012 may have been the year that the Mayans predicted the world would end, 2020 is feeling like the year it really is ending. After fires, plague, storms and political f*ckery of all shades, it might be a good moment to make sure your first born are safe.

On 2 October Storm Alex hit the South-East of France - home to many of the sports top DH and enduro racers. In the high mountains over 60cm (2ft) of rain fell within a matter of hours. When that ran downstream it caused catastrophic flooding in the Roya and Vesubie valleys - both play an important part in the mountain bike scene in the region (we recently covered the Trans-Vesubienne race).

When we say catastrophic, we are not being over-dramatic.

As of 11 October there were seven dead, including a firefighter who was washed away by the floods, and 12 people still missing. While the death toll may be bad, the infrastructure damage is unbelievable. In St Dalmas de Tende the flooding breached the cemetery walls and left corpses floating through the street. The flooding was so severe in the Roya that they estimate it will take 3.5 years at least to reestablish a road to the village of Tende as not only the road was washed away, but the terrain it was built on is gone too, so a new road will necessitate blasting new foundations through the deep gorges of the valley. The tunnel through to Italy at the head of the valley is even worse with the road at both entrances gone and a massive cave-in in the middle of the tunnel. 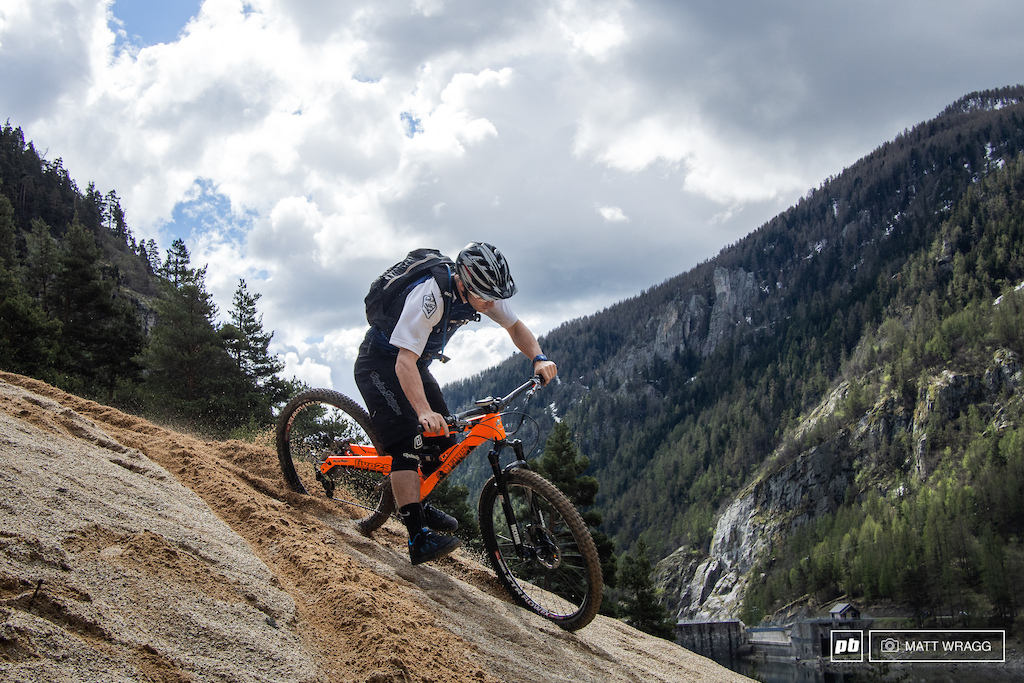 Carving turns in Casterino, circa 2014. The dam in the bottom right corner of this photo and the road leading up to this trail are both gone.
To heap misery on top of all that, France has just gone back into lockdown with residents confined to exercising for an hour a day within a 1km radius of their house. These measures mean all sporting events have been cancelled. That said, the enduro at Tende was already cancelled by the storm as you can't run a race if the racers can't reach the start line! Although it is a shame for the organisers as they had put a lot of work into preparing a fresh course. To support the rebuilding effort and show solidarity with the people of the Vesubie and Roya valleys the regional marathon has been turned into a fundraising event. Of course, a real marathon isn't possible, so it is a virtual marathon (or connecté as the clunky French translation has it).

You can sign up for either a classic marathon of 42km (26 miles) or an open-ended challenge. Entries are €2 (although you can donate more) and 100% of that goes to the rebuilding effort. To finish the classic marathon you need to cover the 42km by midnight 30 November - it can be in as many or few sessions as you like, providing you stay in line with any local restrictions. Simply go running and upload your gpx files to the organisers' website.

TitoTomasi (Nov 11, 2020 at 2:32)
What's happening in the valleys in the Maritimes Alps is tragic, lockdown is not helping ,..... thanks Matt for the article and link. @mattwragg
Post a Comment