Charles Murray Also Appears to Have Signed with Specialized 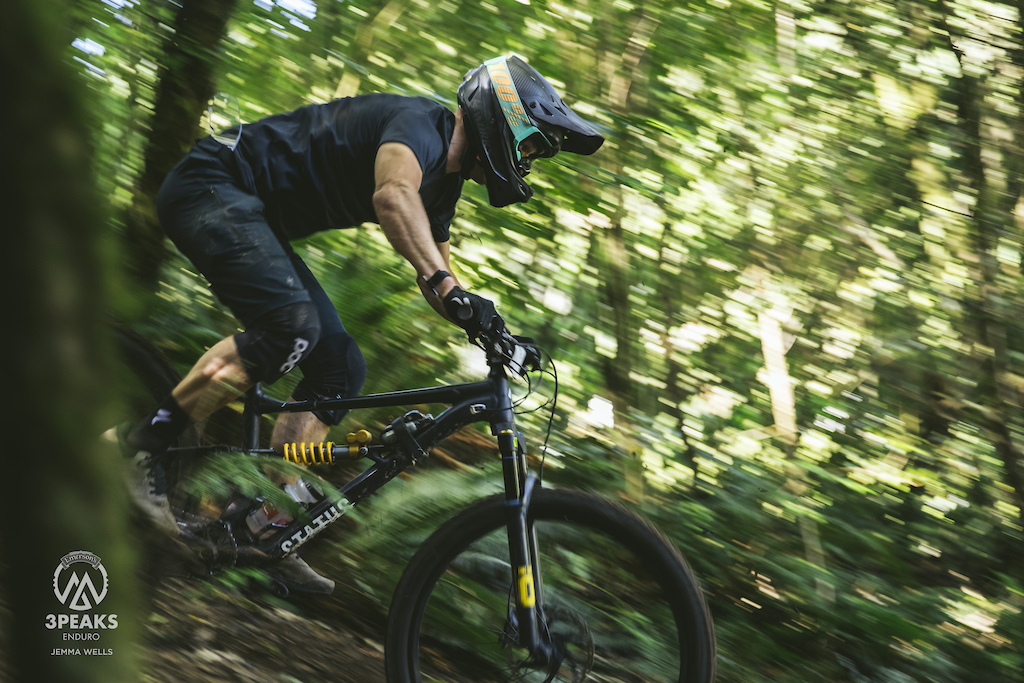 Just a day after we spotted Kevin Miquel riding in Specialized gloves and kit on a road ride with Loic Bruni, we also noticed Charlie Murray riding on a Specialized Status at the Emerson 3 Peaks Enduro in New Zealand.

Charlie was one of the breakout riders of 2020 as he dominated the Trans NZ Enduro and crowned the year with a sixth-place finish at the Finale Ligure EWS in his first full EWS season. He also ended the year as the sixth-highest rider in the EWS men's global rankings. 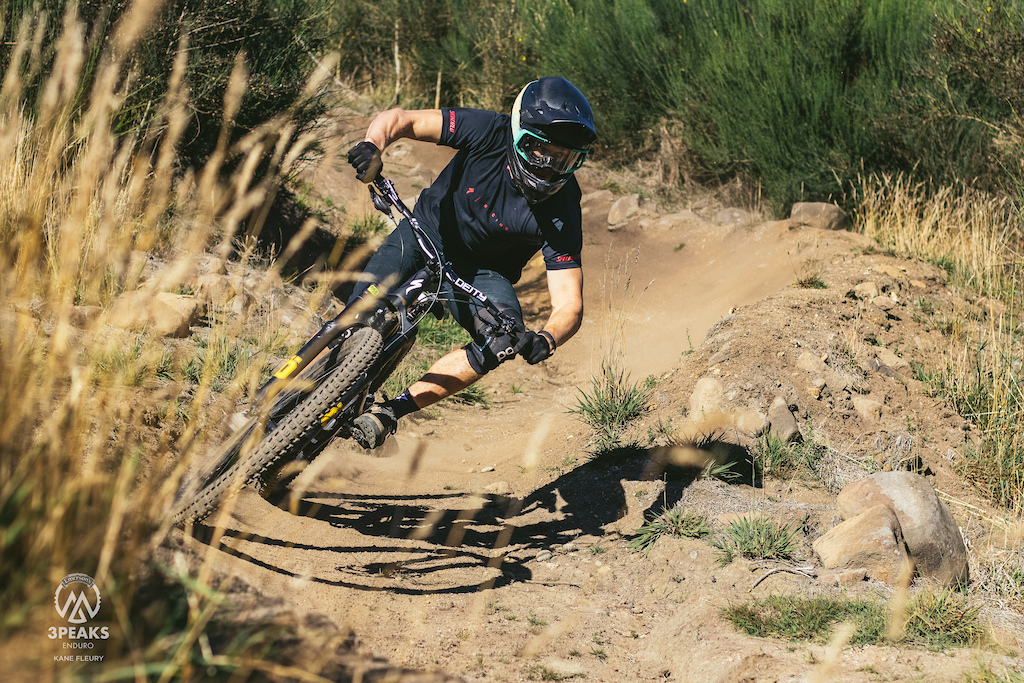 We suspect that both Charlie and Kevin Miquel will be forming part of the new Specialized enduro team that was hinted at when the EWS released its team list in March. Specialized didn't enter an EWS team in 2020 but in 2019 they supported Killian Callaghan, Maxime Chapuis and U21 rider Francescu-Maria Camoin on the circuit. Those riders are all still riding Specialized bikes according to their social media so we will wait and see how they fit in with Charlie and Kevin when an official announcement comes.

Charlie was racing a Specialized Status at the 3 Peaks Enduro with Ohlins suspension, Deity components and Poc protection. We've reached out to Charlie for more information and will update you when any becomes available.

Hogfly (Mar 17, 2021 at 6:33)
I keep waiting on some big Status reveal documentary/video to come out where they pull back the curtain on the grassroots/guerrilla marketing campaign for it. Where they show them “awarding” them to people and the stoke and then a shreddit.

I really hope there is something like that, or it’s going to kind of be an anticlimactic campaign.

pbfan08 (Mar 17, 2021 at 7:00)
@Hogfly: Did you guys peep when PB accidentally released their videos/article like a month or two ago then redacted it? Bike looks sick, don't know why their keeping such a tight lid on it now, unless they're having MAJOR production/inventory issues.

They are available at some specialized dealers.

NebulousNate (Mar 17, 2021 at 12:39)
@gotohe11carolina: Sycamore and lightning cycles are the two dealers for them in NC

Jackhowser (Mar 17, 2021 at 20:05)
@Hogfly: I know a couple people who worked with S on being "ambassadors" for the bike and from what I can tell, they don't even know what was going on. They also released this website that does absolutely nothing lol statusmtb.bike. Seems like corona may have squanched the original release as all the spy shots came from Aprilish but who knows. Weird they'd make an really affordable mtb to encourage people to get into the sport that no one can actually get

Hogfly (Mar 17, 2021 at 20:16)
@Jackhowser: that’s been my experience. Someone I know received one and was basically told to not explain how he got it and not identify it as a Specialized bike in social media posts.

pbfan08 (Mar 18, 2021 at 6:48)
@Jackhowser: Specialized amabassadors have always confused me, theres alot of them, many of which are the fledging semi-pro pro category which makes sense. But I know several local riders on that program that really don't have a future nor is there any way they are bringing more eyes to the bikes, just doesn't make any sense to me.

Hogfly (Mar 18, 2021 at 6:56)
And not sure who all is following it, but now there's this "Human Amplification Test Project" guerilla marketing effort they're doing. If you're on Instagram, you've probably seen various Specialized ambassadors posting pictures of these psychedelic looking boxes they're receiving in the mail (they're filled with stickers and swag, I think).

This is the site for the project: unbelievable.specialized.com

I'm assuming the ambassadors will go out and spread the swag around at the spots highlighted on the website. Anyway, it's kind of interesting that they've gotten into all this strange guerilla marketing strategies.

pbfan08 (Mar 18, 2021 at 6:59)
@Hogfly: Especially since you can't buy the bikes(or any bike) really anywhere, seems like a waste of money to market a product you've already sold out.

For those feeling out of the loop, Pinkbike had a review of the Status that never made it to the front page. It was full of strange things, like Mike Levy saying it was the 160mm, but complaining about the DH performance, but the bike in the pictures was clearly the 140mm version. It was then completely removed from pinkbike.

and this piece of marketing crap disguised as a chat between editors:
enduro-mtb.com/en/specialized-status-160-base-2021-the-shortest-review-ever

TannerValhouli (Mar 17, 2021 at 6:20)
Pretty. sure he raced the NZ national on a demo as well, surprised no one caught this then

zanda23 (Mar 17, 2021 at 20:30)
Yeah and there were multiple comments on it. I think this is some sort of "prompted release" like when they tease a bike that has been spotted that everyone behind closed doors at pb knows. I tend to take their supposed tight lipped ness that they talk about on the podcast in regards to embargoes with a grain of salt. Yeah sure only the person riding the bike won't say in a professional setting any of the info on it, but do you really think levy and kazimer or any of the others at ob, who are friends in real life are gonna not talk about these things?

Lankycrank (Mar 17, 2021 at 9:18)
Little out of context but hoping Katy Winton ends up on Specialized too... it's been so quiet around her so the low key sign-ons would check out...

Hogfly (Mar 17, 2021 at 13:35)
Also: my kid says that is David McMillan's bike he is on. But he was also spotted on the podium of the DH series with a Specialized jersey.

downdurobro (Mar 17, 2021 at 12:10)
This bike was borrowed from David Macmillan. He did ride a demo at the NZ Nationals and the NZ Open as well as McGazza fest however

mtbforlife4 (Mar 17, 2021 at 6:16)
@hamncheez: I would have thought their other bike, the one with the same name as the type of riding they are doing

catweasel (Mar 17, 2021 at 6:45)
@mtbforlife4: nah the enduro is for normal folks pretending to do enduro, the evo is what pros will probably race in actual enduro. Very confusing...

hamncheez (Mar 17, 2021 at 7:35)
@mtbforlife4: Never in the history of the EWS have I seen a sponsored rider actually racing the Enduro. Even back in the day, when Brosnan would play around and do a few Enduro races he would be on the Stumpy with a longer fork, not even the Stumpy Evo. Jared Graves never raced the Enduro. Even the Rocky Mountain boys never raced the last gen Slayer or the current Slayer.

That's from Windrock race. Looks like an Enduro to me.

jaydawg69 (Mar 17, 2021 at 9:39)
@Hogfly: results aren’t a factor but what he chooses is the fastest. Keene had better results on his Enduro than his Stumpy. I think he came second in a Whistler EWS?

zanda23 (Mar 17, 2021 at 20:32)
@hamncheez: Jesse was fully prepared to though but the early races got cancelled and they were able to release the altitude in time

hamncheez (Mar 18, 2021 at 6:33)
@zanda23: Point being, the altitude is being raced, not the Slayer. Almost every time, racers reach for the shorter travel bike.

A 150mm travel and a 170mm travel bike with the same tires and a simple lockout switch will climb with close enough efficiency (assuming a good STA on the longer travel bike). Racers are choosing the shorter travel bike because they must think they perform better on the timed stages.

zanda23 (Mar 18, 2021 at 8:47)
@hamncheez: Oh I agree with you as an avid enduro rider who plans to do 3 or so races a summer I think a 150 bike will be my next bike because of how it performs. sometimes a huge plowy bike is just too much. Just saying that Jesse did do preseason races and planned on early ews rounds on the slayer. He mentioned in his downtime interviews that he quite liked it in races but the altitude fit the bill just a biut better (because its design is obviously only to be a race rig)

hamncheez (Mar 18, 2021 at 8:50)
@zanda23: I've never raced an enduro, so I'm baffled still. I've had many convos on pinkbike and in real life about it, and to me a smashy smash 170mm bike is going to be faster when you're fatigued and riding trails you're not familiar with. But like I said I've never actually raced an enduro. Maybe I'll do the Scott Enduro Cup this summer.

Hogfly (Mar 18, 2021 at 8:54)
@hamncheez: Most enduros have at least 1 or 2 pedally stages or pedally sections of stages. The idea of them just being a DH stage race isn't really accurate.... and you can make up A LOT of time in those pedaling sections with a bike that pedals more efficiently.

dickdragger (Mar 17, 2021 at 15:32)
David McMillan and Charles Murray will be a force to be reckoned with on the EWS. Having seen McMillan corner in Whistler I know that he’ll be a podium threat.

mark-88 (Mar 19, 2021 at 1:28)
crazy style - but not a podium threat, he raced 2019 and only got into top 50 once Excited to see Murray's progression considering he's still relatively new to the sport. Wouldn't be surprised to see him fighting for podiums eventually

mcozzy (Mar 18, 2021 at 0:37)
Bike shops have no bikes, except the status as no one knows about them! All very odd. Picked mine up on monday. It's a park fun bike apparently, no good for enduro so the reviews go, as the chain stays are too short..

tajtigabor (Mar 17, 2021 at 11:33)
I am pretty sure the Status became better than they would have expected seeing how many pros ride them.

TobiasHandcock (Mar 17, 2021 at 22:18)
And he said in a downtime podcast 3 weeks ago that he had been riding his new sponsors bike. Slow pinkbike.
Post a Comment