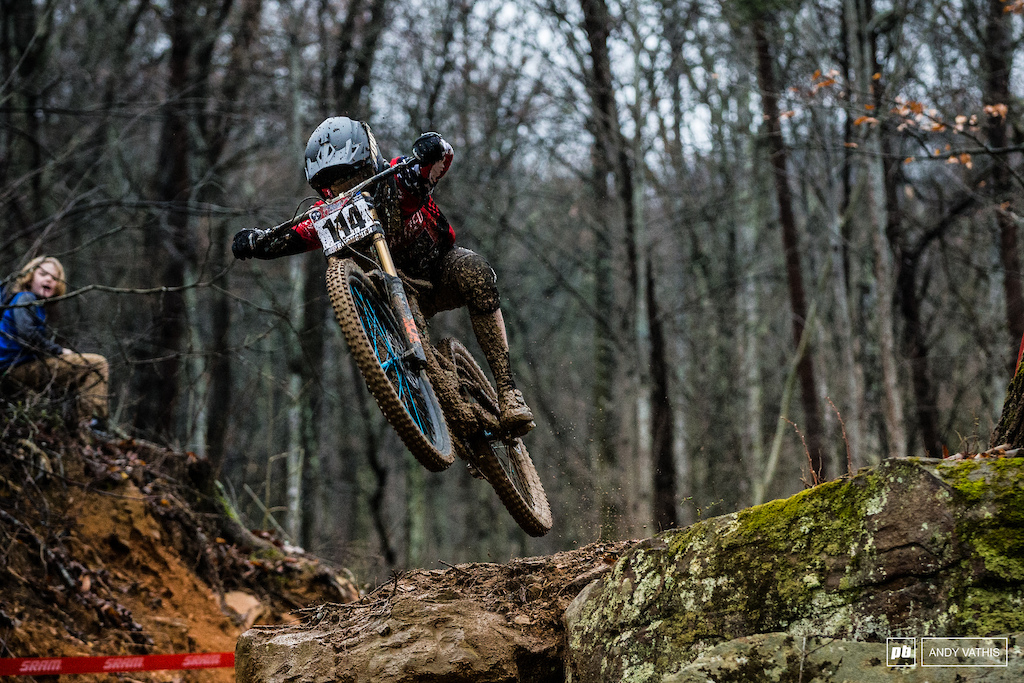 Specialized Gravity hinted at a new member joining the team way back in November, but today we've finally found out who that person is. As we suspected, it's a Junior rider that will be joining Loic Bruni and Finn Iles. Christopher Grice is a 16-year-old who currently resides in Pisgah, North Carolina and despite his young age, he's already been making waves on the North American race scene.

Last year, Grice won the DH Race in the Junior Expert 15-16 category at Windrock by nearly 20 seconds in absolutely treacherous conditions. He then went on to take third in the EWS-caliber enduro in the U21 category the following day, climbing over 5,000 feet and descending 7,000 to end up on the podium. 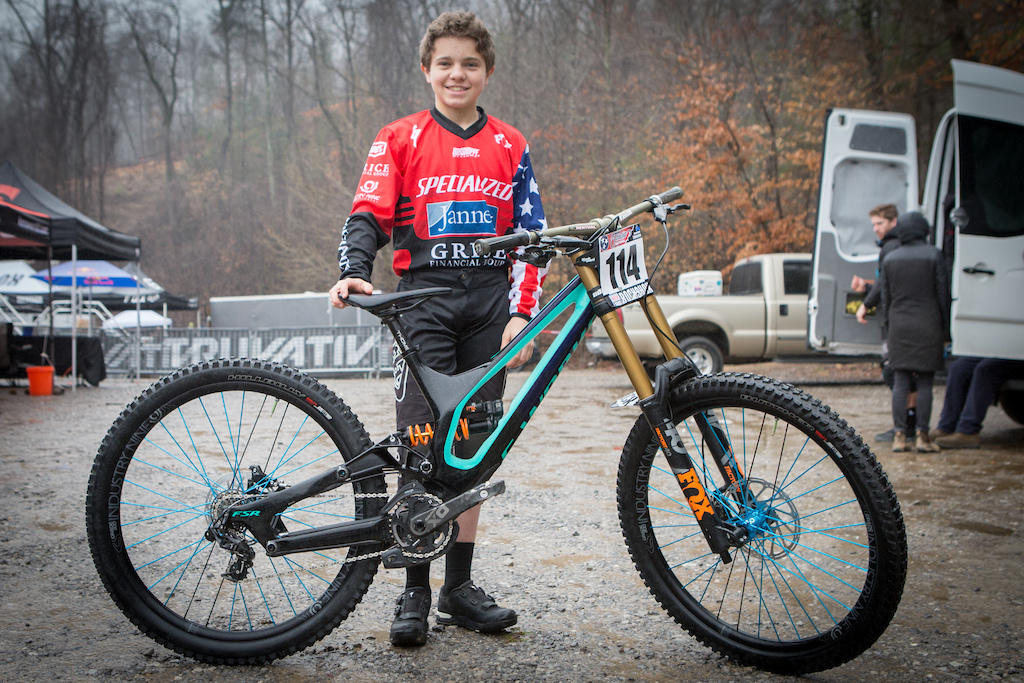 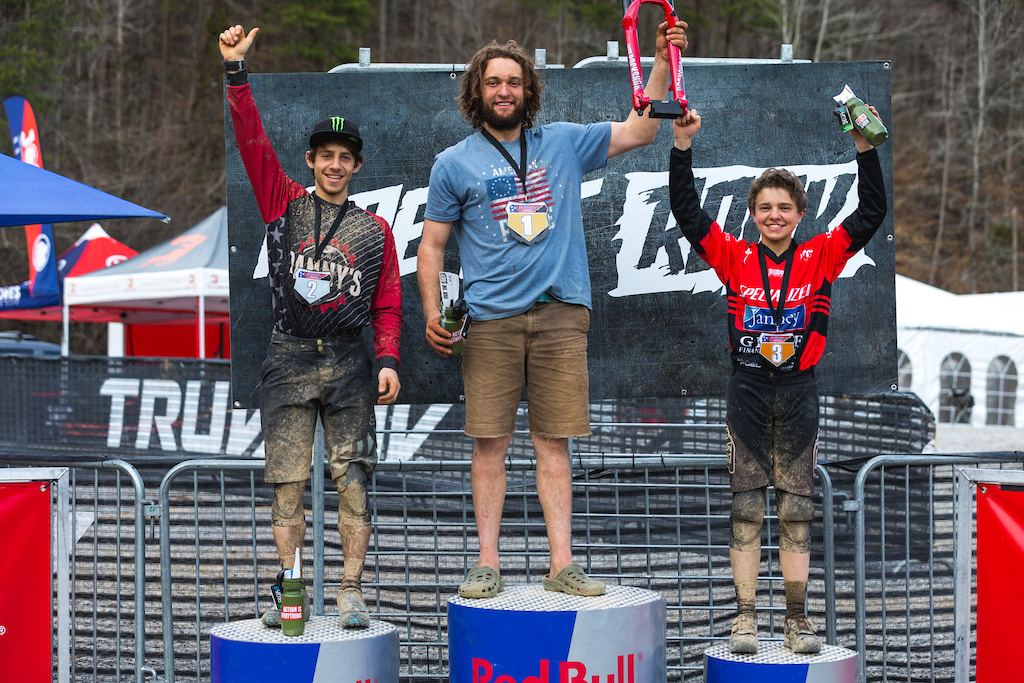 And finished third in the U21 Enduro the following day. Photo: Zach Faulkner
At just over 5 feet and 105lbs, he was riding a Specialized S-Works Demo 8 with a short reach and 27.5" wheels last year. We did a Bike Check with Grice after the downhill race.

We look forward to seeing the young racer alongside Loic Bruni and Finn Iles on the World Cup scene this year.

martin737 (Jan 29, 2020 at 20:24)
@cycling-trivialities: Judging by his last name, his ancestors must have come to the US from CzechoSlovakia. We've werewolves too

CentralVTMTB (Jan 30, 2020 at 9:26)
They couldn't find a picture of Christopher on the top podium spot? Seriously? It's like, "Meet christopher, he's good but the best we could find was a third place picture - oh ya he's now on one of the most elite DH teams"

Sugarbrad (Jan 29, 2020 at 12:15)
Hey Sarah it's "Grice". I have had the privilege of knowing Christopher and his family for some time now. Truly a special rider and amazing person. No doubt in my mind this kid will have rainbows on his jersey one day. Congratulations Christopher!!!

jm2e (Jan 29, 2020 at 16:43)
Congratulations Chris! Could not happen to a more well deserving person. We'll be cheering you on and looking forward to watching you make a huge splash in the international scene!

IndustryNineOfficial (Jan 30, 2020 at 10:36)
Awesome news for such a dedicated young talent. Wishing you the best!

wilsonians (Jan 30, 2020 at 8:21)
Prob a downgrade. Perks on the Grice Financial Group Factory Team were solid it seems.

oneheckler (Jan 29, 2020 at 15:39)
Good thing but ,why not a woman in ?,I’m not someone like woman this man that but .........,specialized ,and some other brands what the f*ck no woman’s,it’ is getting a little bit ridiculous in modern times with so many money that brands make with that “new “ market,wake up

softsteel (Jan 30, 2020 at 1:42)
@onlyDH: Nina Hoffmann would be the loveliest thing that could happen to that team

Augustus-G (Jan 30, 2020 at 2:11)
@softsteel: Nice thought but if I had to put money on it my bet would be if Nina moves anywhere it will be from Juliana to the SC Syndicate.
Post a Comment