Commencal / Muc Off Bids Farewell to Remi Thirion After 8 Years

Commencal has posted a farewell video to Remi Thirion, who first joined its team 8 years ago. 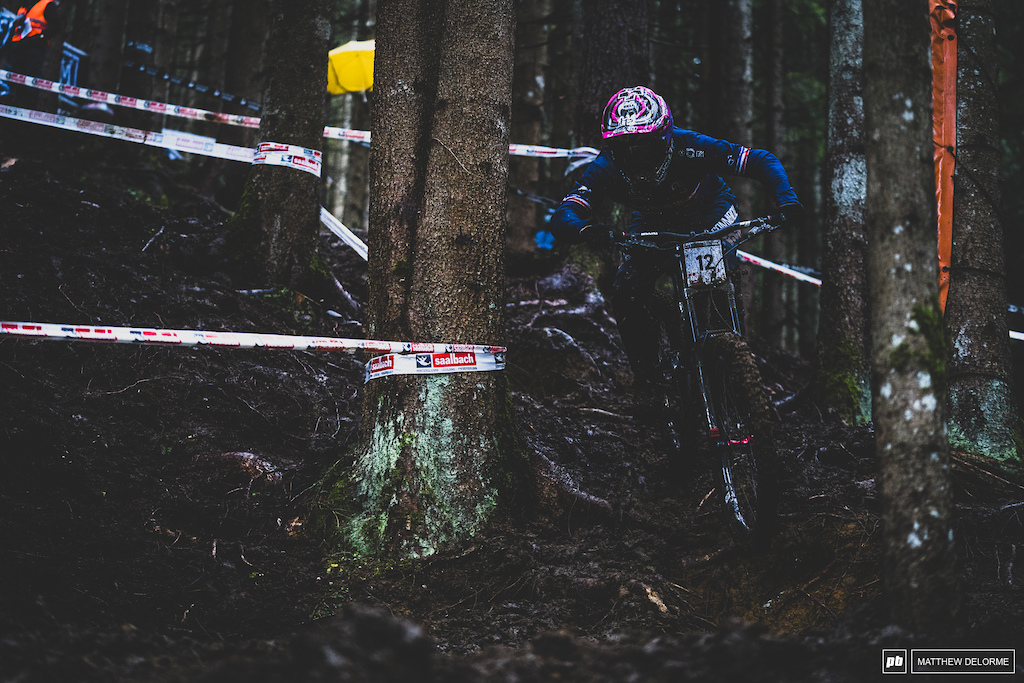 Remi joined the Commencal set up in 2013 after switching from the Labyrinth Shimano set up and quickly became one of the riders to watch as soon as the terrain got steep and technical. His finest hour came at the brand's home track in Vallnord in his first year with the team where he claimed his first World Cup win but he also earned wins at Crankworx, the French Cup, the French National Champs and the iXS European Cup with the team. 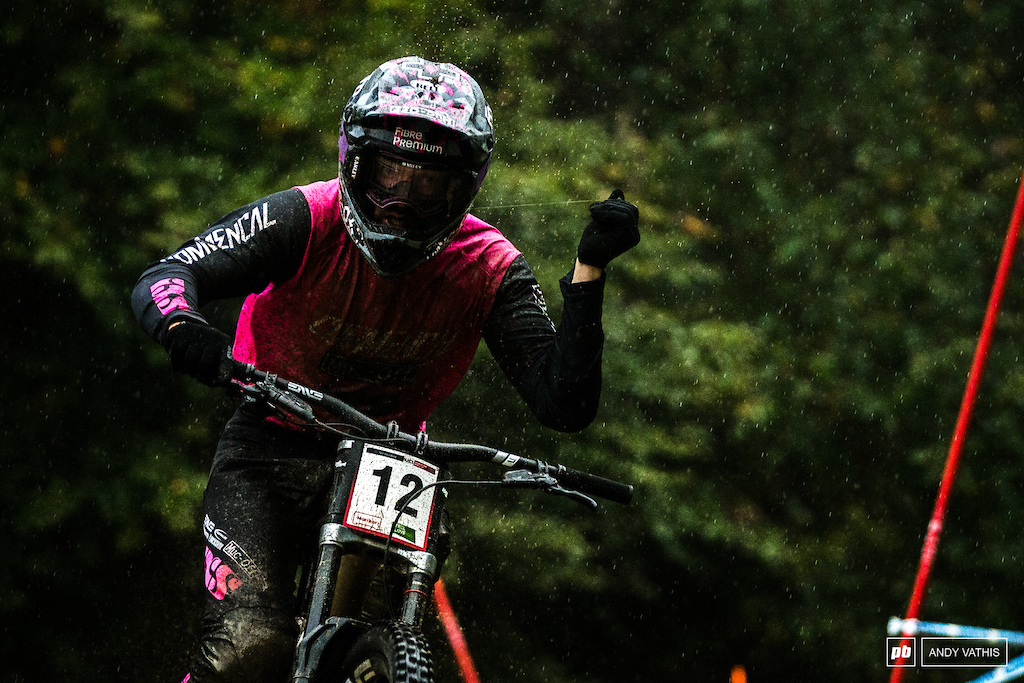 Remi suffered a horrific back break at Leogang in June of 2017 but this year, Thirion left those demons behind this year to conquer the muddy World Championships course and finish third in a brilliant comeback. He finished 2020 fifth in the overall following another podium in Maribor to round off a stellar season.


There's no news yet on what the future holds for Remi but we'll update you with more news as it comes in.

bermdeleter (Dec 21, 2020 at 9:07)
I heard they let him go because he publicly declared that he preferred the Grim Donut over his Meta TR.

fristafrista (Dec 21, 2020 at 9:13)
Commencal should have made him a life contract just for how he rode in the last wood in Leogang at the last WC.. anyway, all the best Remy!

mtbmaniatv (Dec 21, 2020 at 9:08)
Maybe he's done? He was their flagship rider since the Andorra win. I hope not, but can't picture him on anything but a Commencal.

Narro2 (Dec 21, 2020 at 9:12)
@mtbmaniatv: he is a pretty decent rider, i wonder what happened?, i usually purchase commencal things on their website i started to notice a while ago that he wasnt modeling any of the clothing. It is mostly PomPom and Pierron

jaame (Dec 21, 2020 at 14:09) (Below Threshold)
I reckon he's probably getting forced out/quitting. He's not really been on it since 2013 until this year and a lot of younger chaps have come up since then. I doubt he will win another race. Business is business. Maybe they can't afford him and Pierron. It's surprising he's stayed there so long I think. Most top 20 but not winning riders tend to ping pong around teams a lot. Friends and money don't mix. Like two....
Good luck to him. Hopefully he gets a ride on another team if he wants it. Santa Cruz maybe - they're in the market for a European rider.

jaame (Dec 21, 2020 at 15:40)
@TheBrosCloset: objectively speaking he's a guy that won one race seven years ago. He's been outdone by his teammate over recent seasons. Someone is doing a calculation regarding his value based on those facts, assuming he has been cut.
Assuming he has walked, then perhaps the calculation came out favourably but he still chose to leave.
I guess time will tell which one it was.

Still, he's been far more successful than other racers, Blenki comes to mind. It will be interesting to see what he ends up doing.

ryanandrewrogers (Dec 21, 2020 at 21:42)
Truth is I think Remi is coming off a hot season and is now at the sensible age at which point one needs to follow the money a bit. I'm sure Commencal/RA was paying him adequately, but they have bigger names they have to pay with Pierron and Nicole. He's still fit, still very talented, I think he deserves a bigger contract with a company that needs a solid, experienced rider to earn recognition. He's worth a lot more than people in these comments give him credit for

Becciu (Dec 21, 2020 at 23:55)
@ryanandrewrogers: This.
Commencal Muc Off is just staked with talents with Pierron, Nicole e Daprela.
After a season like that, I just can imagine how Thirion's value on the market has flown; it just seem logical to me to chase the money while he can

jaame (Dec 22, 2020 at 3:23)
@TheBrosCloset: has he won more races than one? I thought it was just Andorra in 2012 or 13. I was also thinking about Blenki and Bulldog too. They have won, but probably won't again. They are team fillers, not team leaders - because they don't win or threaten to win on the regular.
I like all of them, but I could understand it if they weren't first choice for most teams.

jaame (Dec 22, 2020 at 14:40)
@TheBrosCloset: Oh right you are I saw that now.
Anyway, I hope he has got more money wherever he is heading.
I would be nice to see him race the EWS. He would be at the sharp end off the bat for sure.

koko50 (Dec 21, 2020 at 22:23)
I think that angel goes to the union because he has a good image and remy at 100% beginal team Vosges and always begin
for loris he goes to trek everyone knows lol


Yep - off the top of my head, I'd also say that Spanish is the most important language in Andorra after Catalan. It is the main language of about 70% of Spanish national immigrants (an additional 5% speak Galician). Most came to the country between 1955 and 1985.

The low degree of development of Andorra, the limited education in the immigrants' homelands, and the fear of an invasion by Francoist Spain made it more difficult for the immigrants to integrate fully until 1993, when the constitution of the country was approved.[citation needed] Since then, Spanish has become the second most used language of the population living in the country,[4] and moreover is the dominant language of communication amongst people of different linguistic backgrounds, thus triggering recent government efforts to promote more general and universal use of Catalan.

Since Andorra also shares both Catalan and French education systems, children can learn Spanish if parents choose the Catalan option.

Balgaroth (Dec 21, 2020 at 22:53)
@suspended-flesh: Max Commencal is and based his second bike company (Commencal) in Andorra for fiscal reason (evasion ?) after the Sunn debacle. Most people in that company are French and in France that company is regarded as French since we all know it is in Andorra only to scam the French taxes. So call it Andorran if you want but that's not really reality.

rhyssutton (Dec 24, 2020 at 7:18)
He is a proper DHer, what could he have achieved if the tracks were steeper, slicker and gnarlier. So skilled and creative on a bike, hope we see more of Remi.

edthesled (Dec 21, 2020 at 10:04)
@suspended-flesh: obviously we can't know for sure, but he posted a blacked out bike on his instagram yesterday. It was a mullet and looked to have burgtec grips on it

inside-plus (Dec 21, 2020 at 12:41)
@AlanMck: Angel is older than Loris and has showed promising results but nothing close to what you would expect from a syndicate rider. It really doesn't make sense for the syndicate to pick hin up, that free spot is most likely going to be filled by a junior or atleast early 20s.

suspended-flesh (Dec 21, 2020 at 12:50)
@TobiasHandcock: Angel is only about 6 months older than Loris but I agree that a Syndicate ride is probably reserved for the hottest up-n-comer.

suspended-flesh (Dec 21, 2020 at 14:09)
@gaffney92: Doubt YT would let him go so soon after all the development they put into the kid. He probably had to sign a contract favorable to YT.