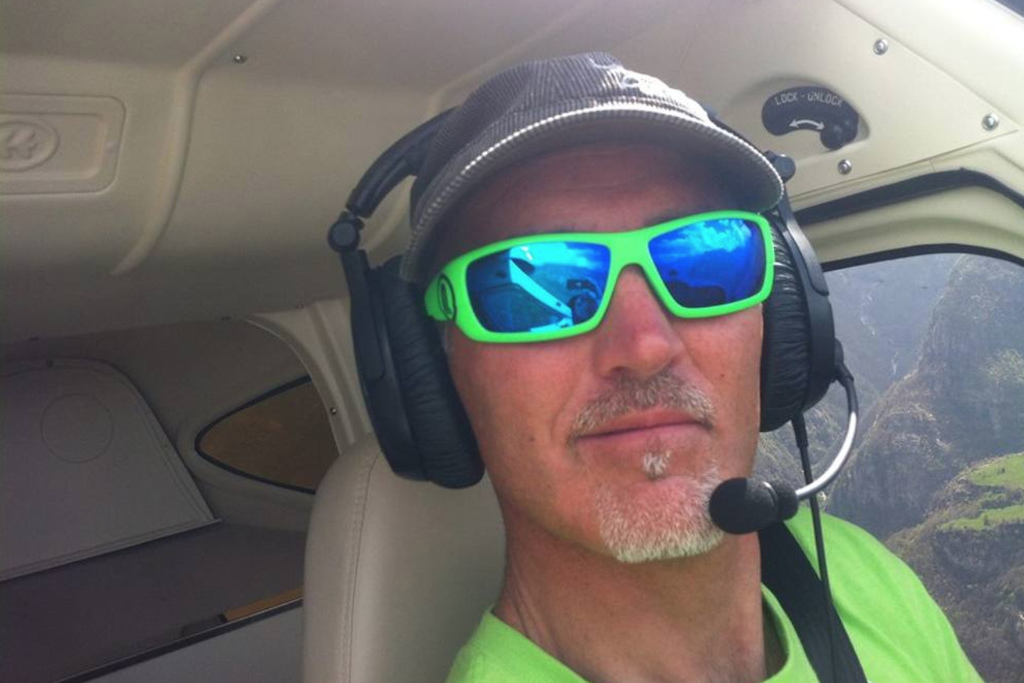 Hérin, 52, was flying an ultralight aircraft around 3pm yesterday when it crashed near the Torgnon ski lift, he was killed on impact while another man has been taken to hospital and is reported to be seriously injured.

Hérin first found success as a luge athlete, winning two gold and two silver medals at the FIL World Luge Natural Track Championships. In the early 90s he made the transition to downhill and almost instantly earned a bronze medal at the 1994 Vail World Championships. He followed this up by winning three consecutive World Cups (Mont Sainte Anne, Sierra Nevada, Nevegal) in 1997 and taking the World Cup overall.

After his racing career, he became technical director of the Italian downhill and four-cross national teams. He was also a renowned track builder and designed courses for the Pila World Cup and Livigno World Championships. To celebrate his 50th birthday he returned to mountain bike racing at the master's World Championships in Val di Sole, where he won his age category by 30 seconds.

In a tribute on social media, Greg Minnaar posted: "A gentleman and a legend tragically gone to soon . I’ll never forget your wildness on the bike. Riposare in pace," while Nigel Page wrote: "One of the fastest Downhill racers of all time, super modest, always had time to stop and chat and an absolute gentleman. RIP Corrado."

Corrado leaves behind his partner Roberta Gyppaz and two sons Ester and Erik. Our thoughts go out to them and all his family and friends at this tragic time.

heavyp (Mar 31, 2019 at 22:22)
So sad but always have good memories of watching Corrado on Eurosport riding Nevegal in the rain! So amazing!

zoobab2 (Mar 31, 2019 at 22:11)
I was in an enduro trip in Pila with the guides of Aosta Valley Freeride (www.aostavalleyfreeride.com) I asked for Corado Herrin, they said he became a pilot. I remember those wonderul Sintesi bikes from another planet. RIP!

Franziskaner (Apr 1, 2019 at 4:07)
I remember reading late 90s race reports and seeing him shredding that orange Sintesi Bazooka, with the 1st gen Z1 Bomber fork. I recall it was one of the first long travel (6"!) bikes that worked well, and he made it look so good.

HurricaneJeff (Apr 1, 2019 at 19:56)
This is tragic news. I met Corrado at the Big Bear World Cup back in 1997. We (Hurricane Components) threw a World Cup party at our house during the event and Corrado, as well as a bunch of other WC racers and staff showed up. I talked to Corrado for a long while about bikes and components. He was super easy going and easy to talk to.
I keep in contact with him afterwards but haven't seen or talked to him probably since 2002.

andrejdekleva (Apr 2, 2019 at 3:50)
Great rider and cool fellow. I remember his mad race lines from the nineties as well as walking the tracks with him when he was national team manager. Really sorry to hear that.

smuggly (Mar 31, 2019 at 20:36)
Also worth noting his pro-DH career ended somewhere around a horrific leg/ankle injury, his foot was facing the wrong way from memory.

annimaxdh (Mar 31, 2019 at 23:22)
his carreer didn't end with that. Maybe you confussed with another rider He won seniors world cup a couple years ago

cheetamike (Apr 1, 2019 at 8:38)
@annimaxdh: I think they meant he didn,t race for a very longtime after that leg break. I never seen his name at any events till a few yrs back.

kleinblake (Mar 31, 2019 at 20:33)
Just so it’s clear, @sleezie most likely used some crying emojis, which Pinkbike doesn’t recognize, and isn’t a horrible person that’s wondering why this is sad.

It may be insensitive, but I have to wonder if there will be any complainers moaning about how this “isn’t relevant news” since he was a retired pro not engaged in a cycling event, the same as the Nathan Rennie article about his drink driving. Can’t really have it both ways, right?

Kurt1980 (Mar 31, 2019 at 22:53)
Paying respect to the passing of someone is categorically different to rubber necking around someone's personal issues.

Golden-G (Apr 1, 2019 at 11:20)
@ScandiumRider: whatever brah. Your comment speaks volumes about your character.

BCtrailrider (Apr 1, 2019 at 1:18)
I do not like wishing harm on most people, but you should use your face as a brake down a rock garden