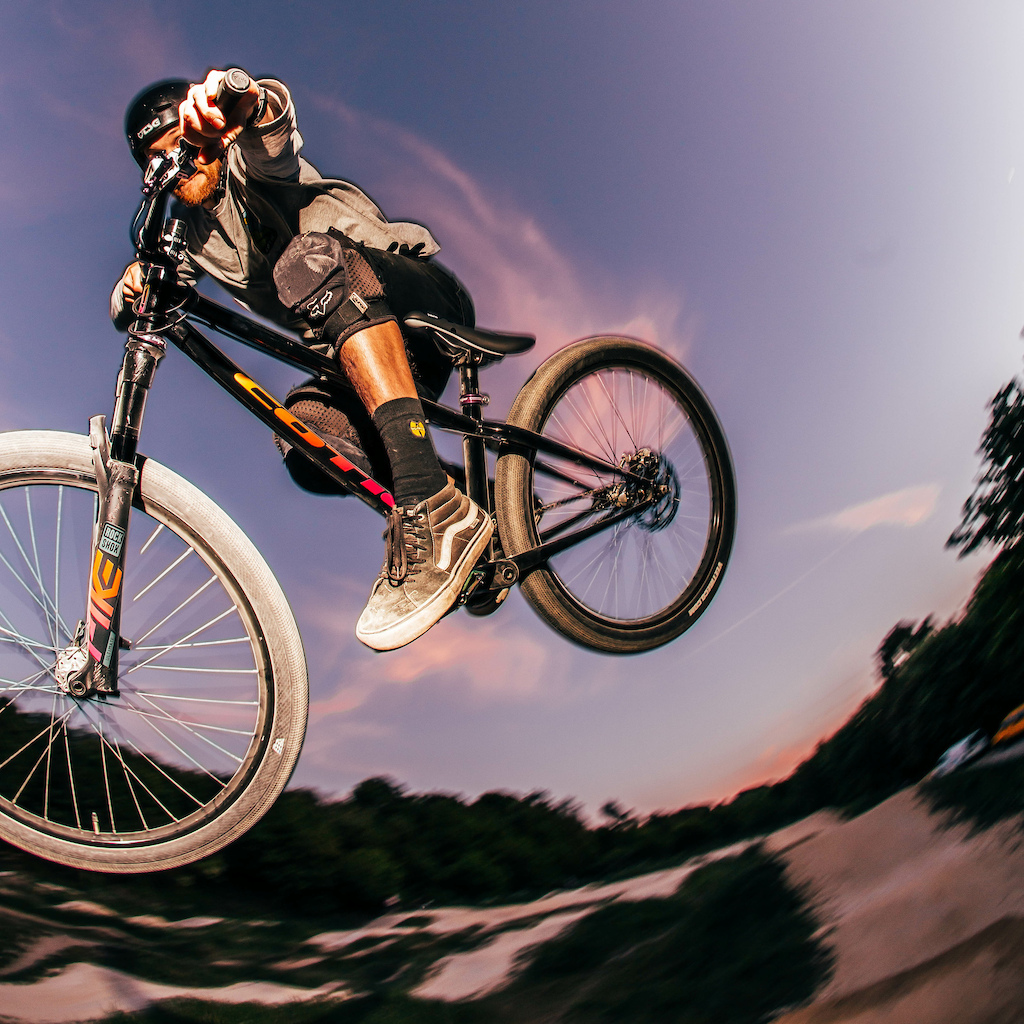 What was your lockdown project?
Sourdough bread?
A morning fitness regime?
A pallet-wood garden seat? 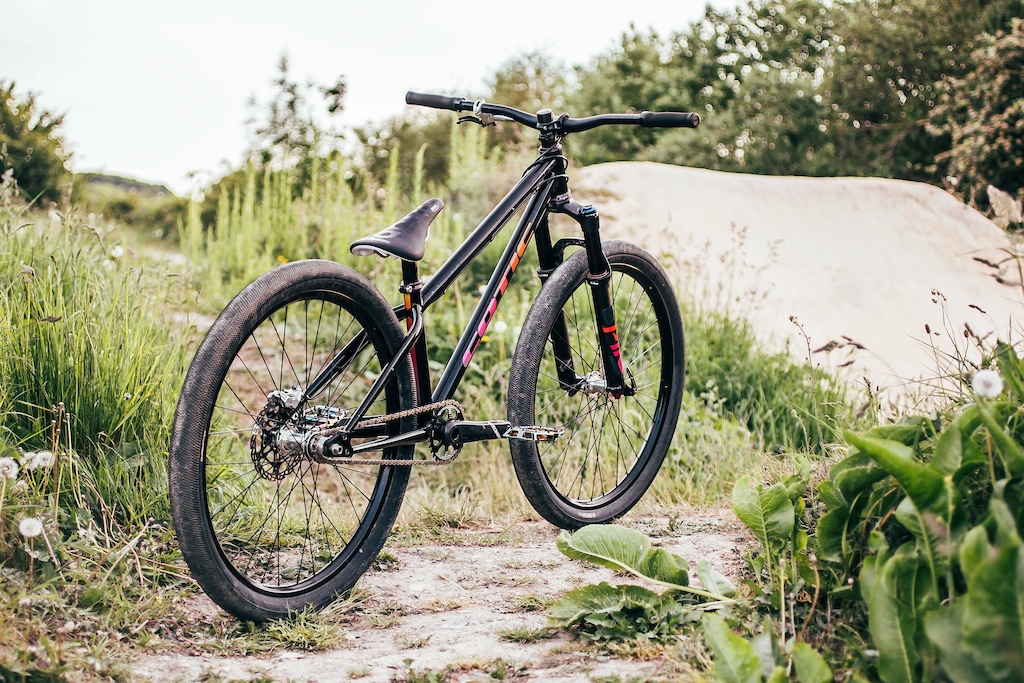 With so many of our ambassadors continually extolling the virtues of a session at the track, trails or pumptrack, we knocked some very talented heads together and sketched out a design. For the working prototypes we called on Sheffield frame builder Matt Bowns of 18 Bikes to metal glue-gun us together 4 identical frames. We sent these 4 frames up to Five Land bikes for a bath in the E-coat and a few layers of lovely glossy black paint. Finally back to Sheffield for some custom graphics from HKT Products (the keen-eyed will notice these as a tester for the amazing Afterburner paint on the new Jeht). 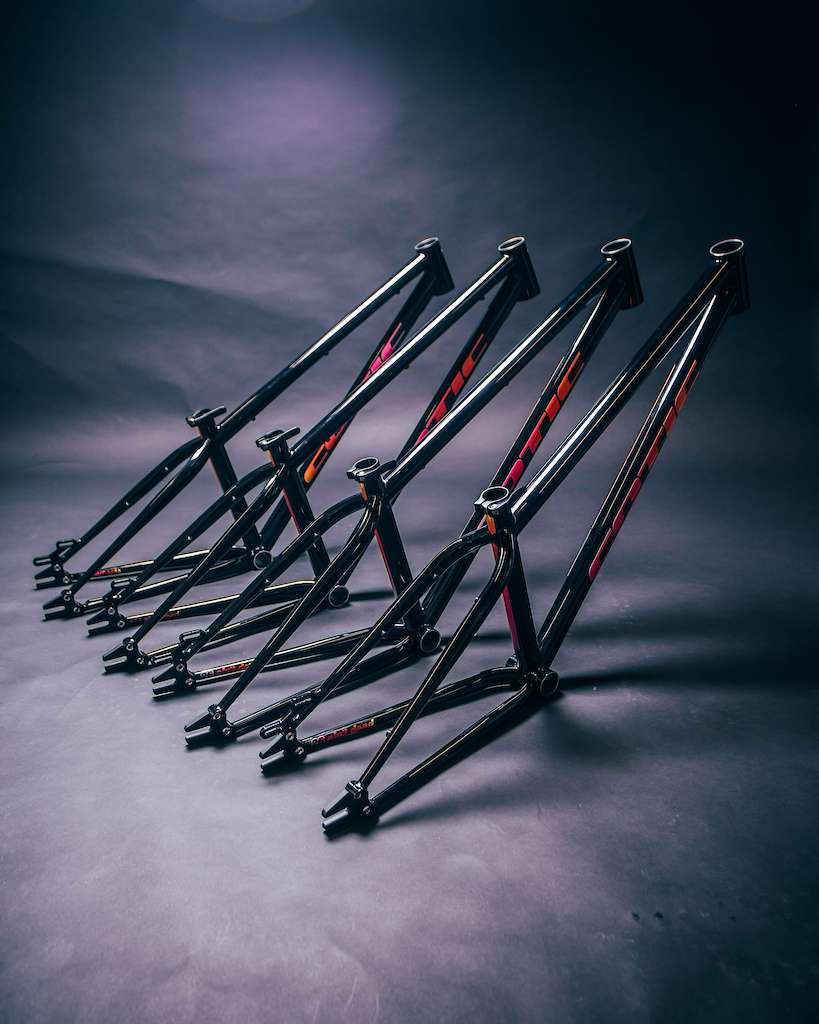 Three frames went out to the ambassadors - King of Bolehills Dave Camus, A Line Coaching Gareth Jones and perennially steezy Will Easey. The main driving force for the project here at Cotic was our very own BMX correspondent Baybutt, so the last one stayed in the family as a test/photo/pumptrack mule for him. We had some help from Mark at Fabric who supplied each of the bikes with Magic saddle and grips but obviously, Camus went much further with his build... No bolt was left un-anodised, and the whole thing looks like it fell backwards through the Hope factory - in a good way. 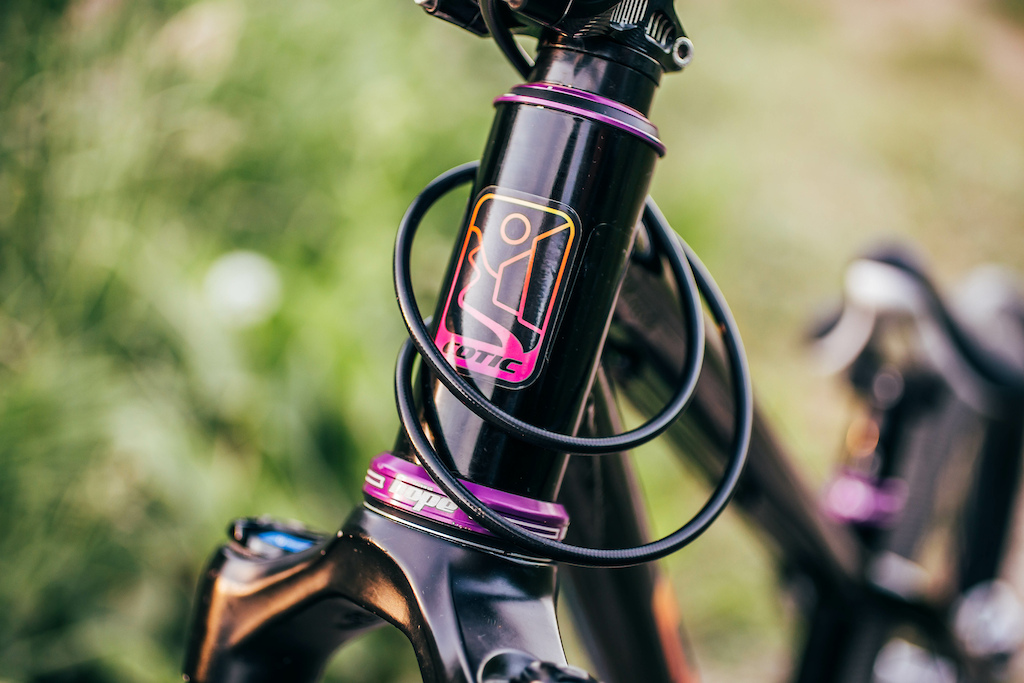 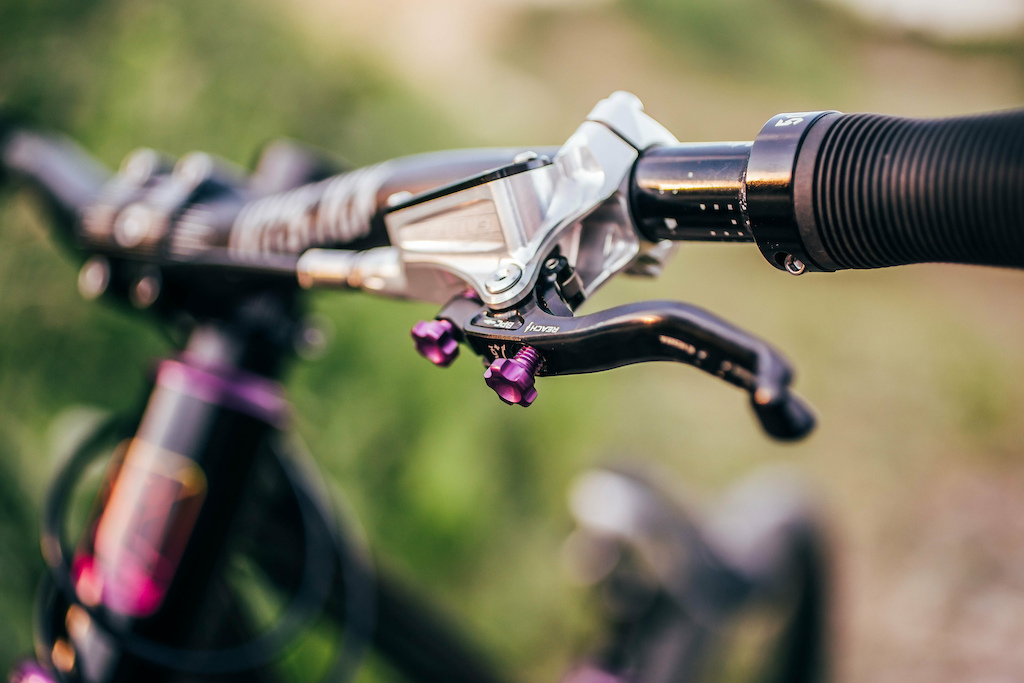 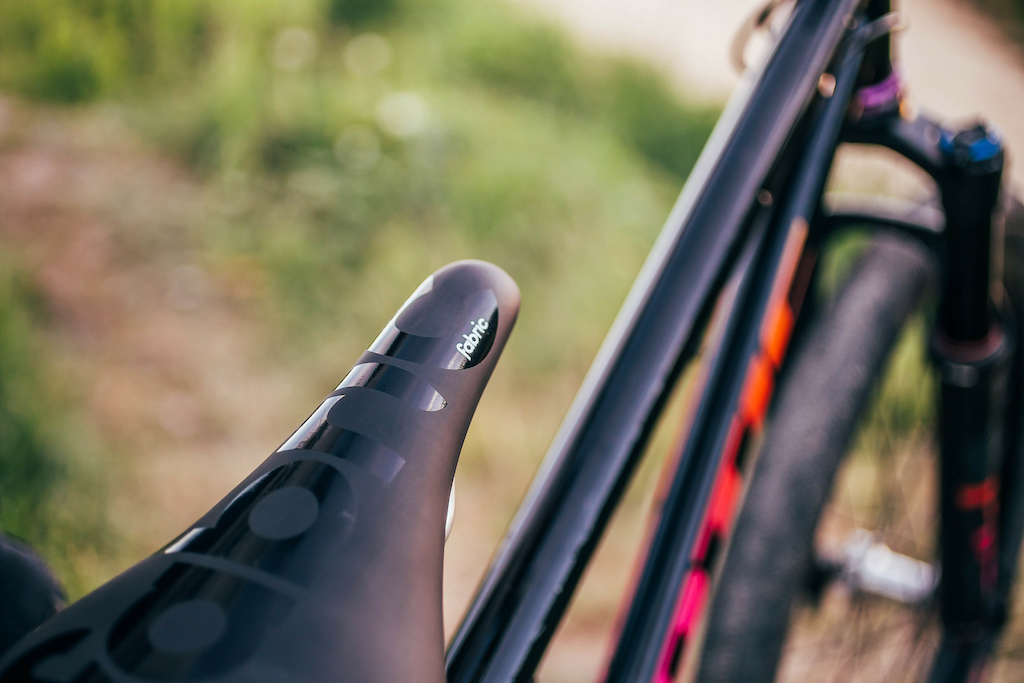 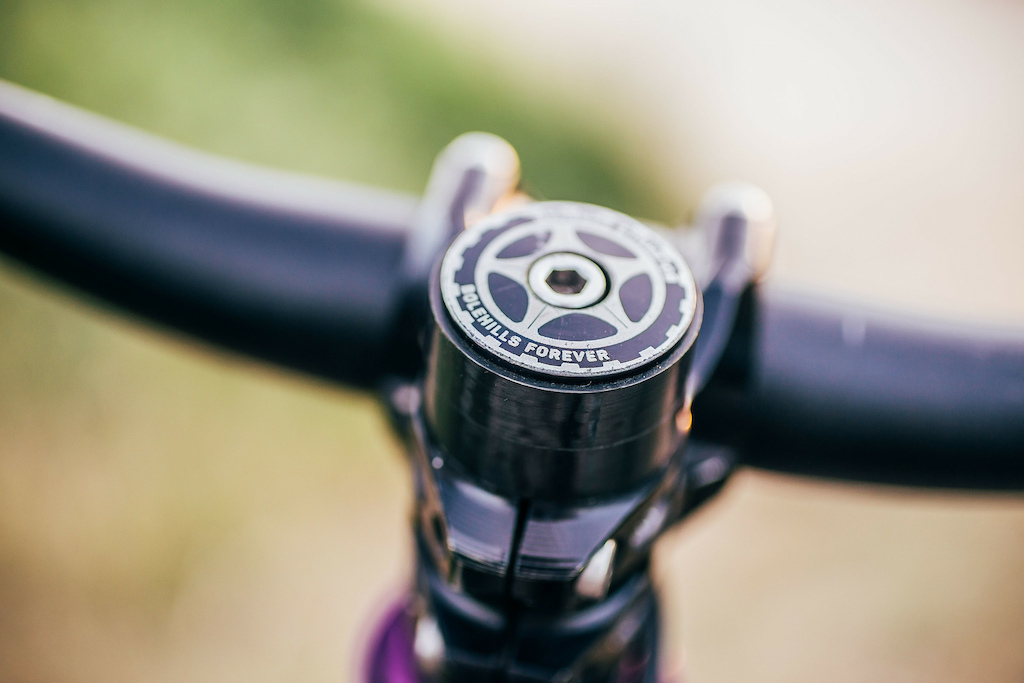 Built with Reynolds 853, tough 26" wheels and top-notch parts, these bikes ride like a bloomin' dream! They're light, tough and lightning quick. 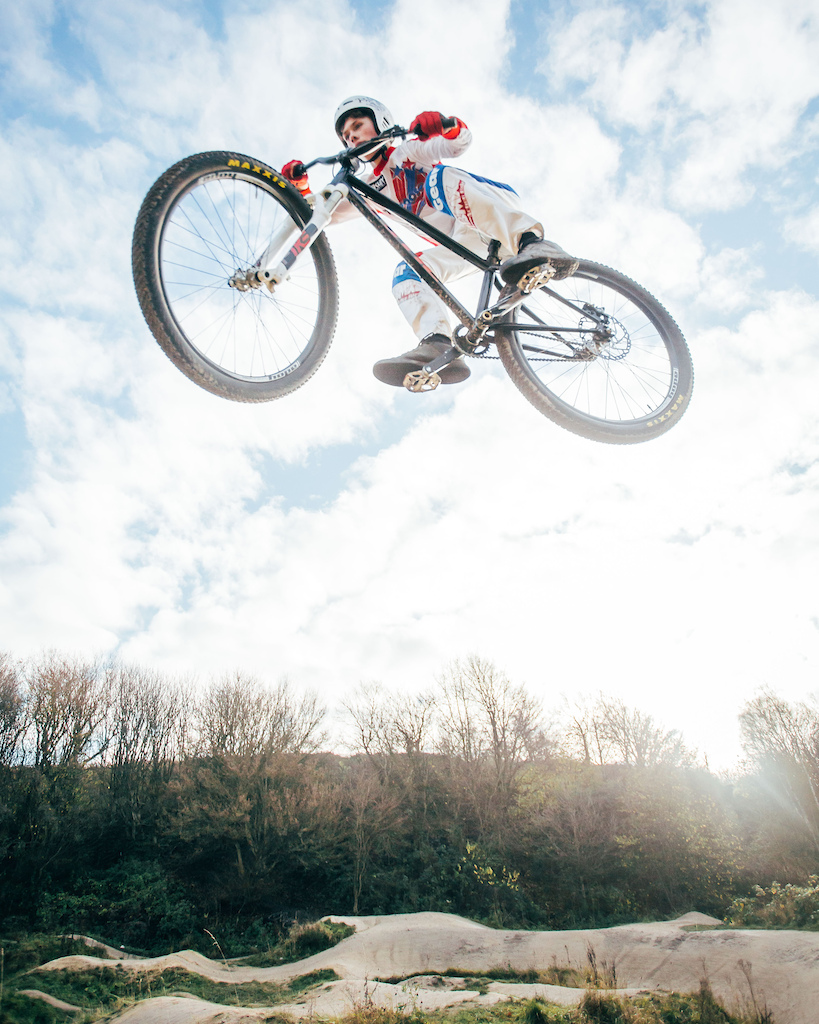 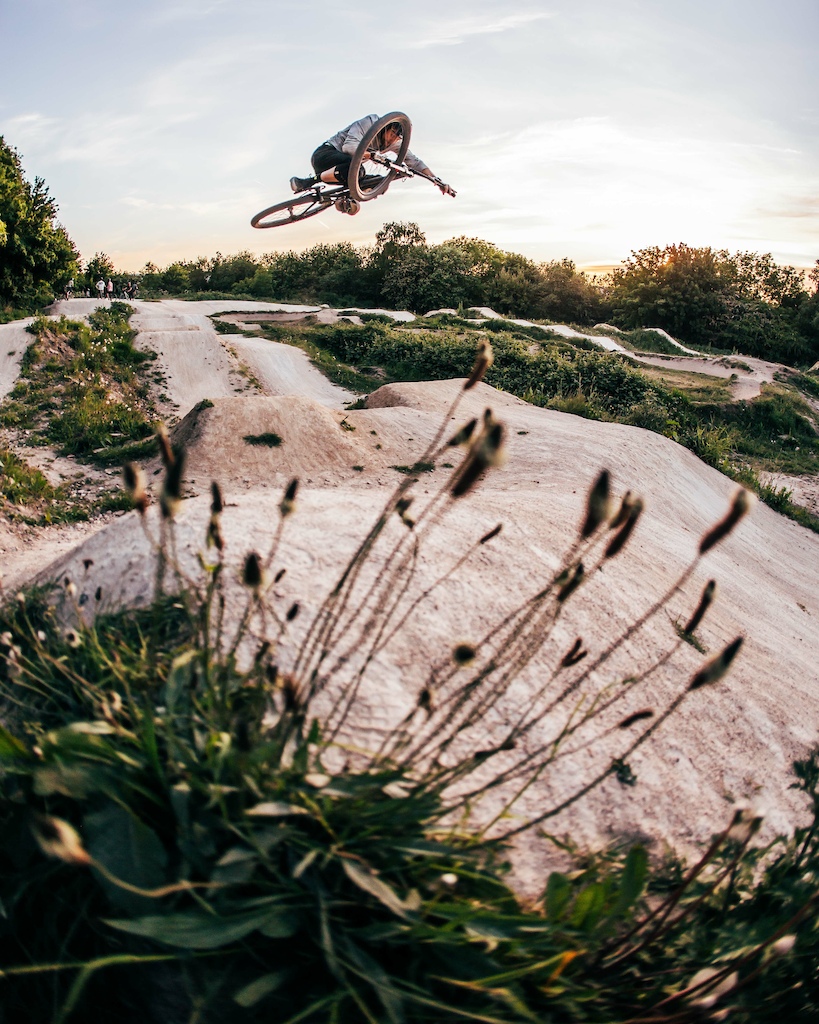 They're also not for sale!

We don't know about your local, but ours (Bolehills BMX track) has been at (socially distanced) capacity morning, noon and night, for pretty much the whole of the summer. Reliable, small and uncomplicated bikes like these have saved the sanity of so many people (and parents) this year. Unfortunately with the massive delays on production in the Far East, the thought of upsetting the (already brimming) apple cart by adding in another new model isn't the most sensible idea right now. So, whilst the project has been more than fun, that's all it is at the moment. Please don't email us about getting hold of one of these, it's not happening in the near future. However, if you're in the market for a pump track bike then you could do a lot worse than try the BFe 27.5 More than a few customers have already purposed a BFe for track razzing duties.

So rather than sit on a bunch of media for a bike that might not see the light of production for a long while, here's a selection of sunny photos which will hopefully inspire you to venture to your closest track and see what all the fuss is about. 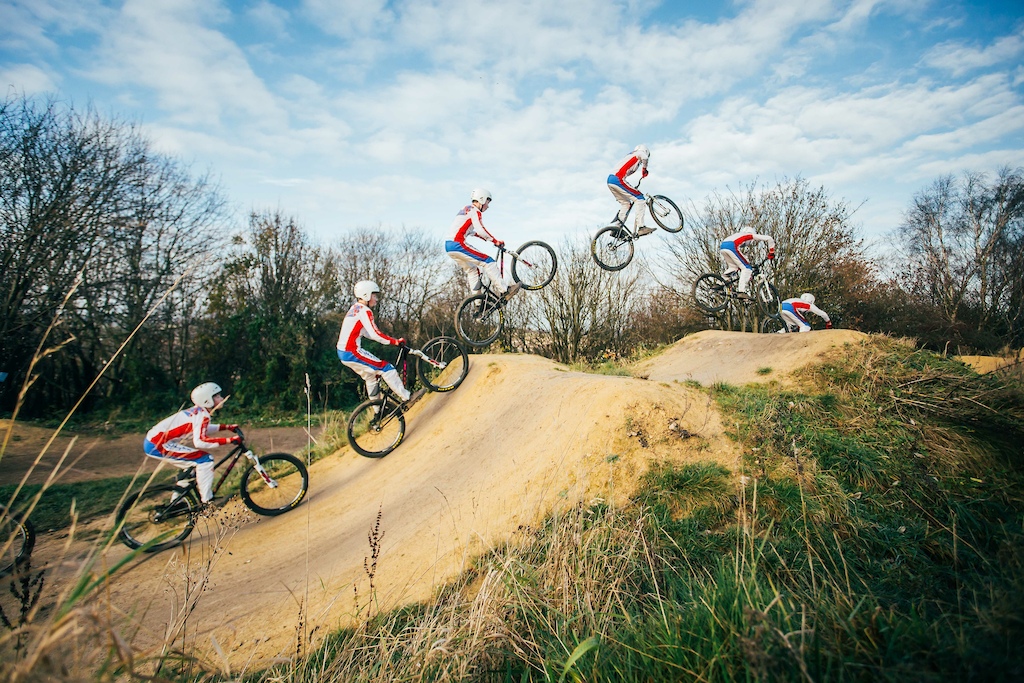 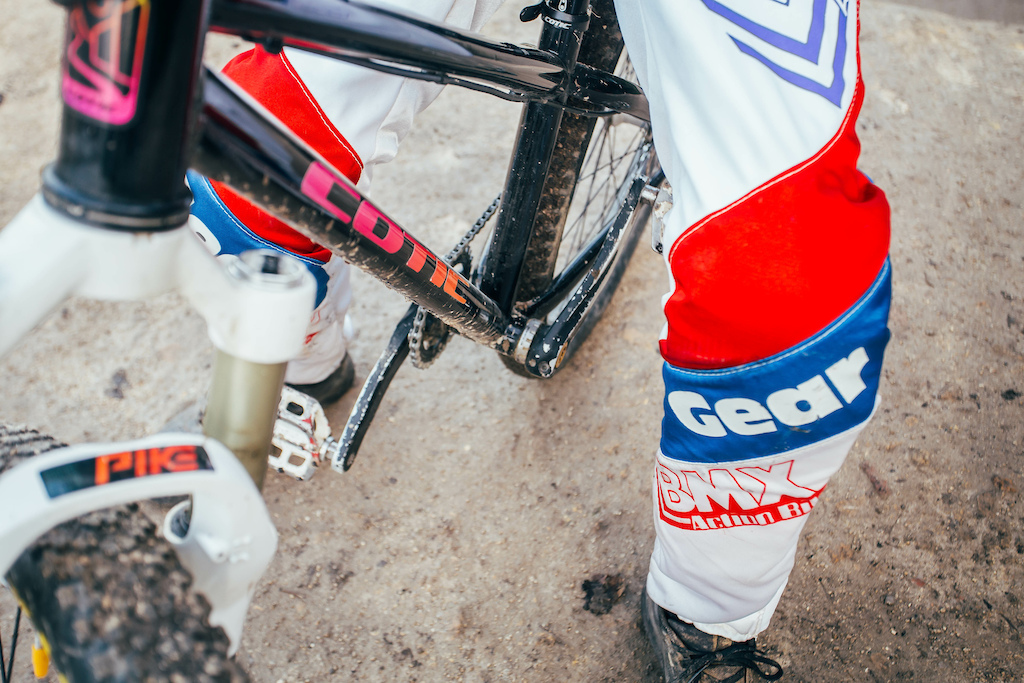 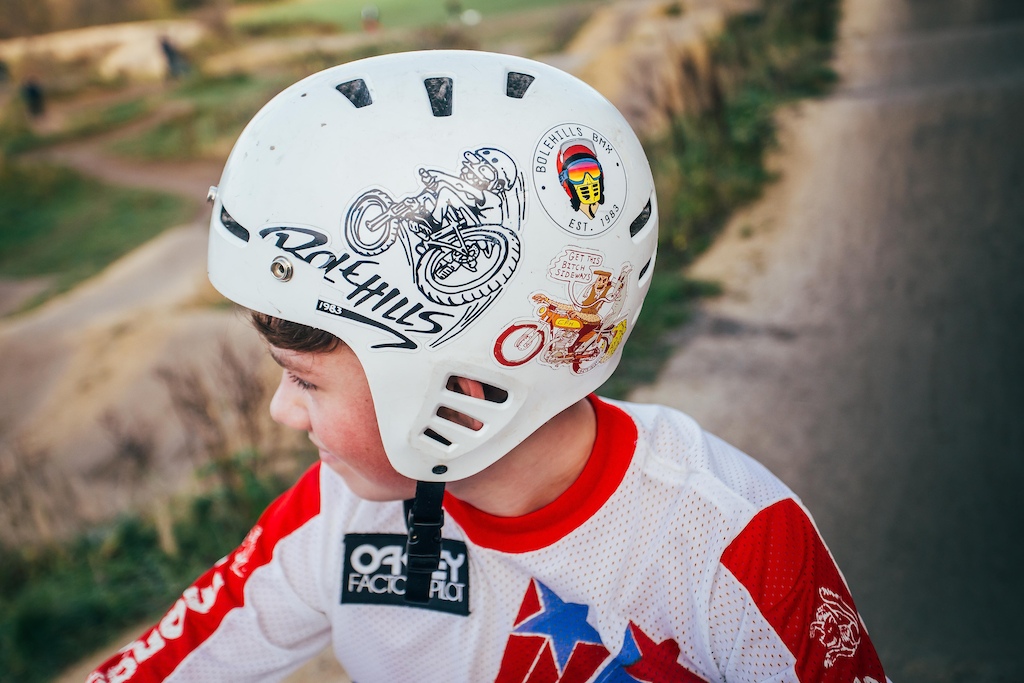 Young Joel Blomfield of Shralp Clothing borrowed his dads old Mongoose kit for a little session. It's a funny one when your "new" clothes are twice as old as you.

Will Easey cut together this mint little edit in and around the Surrey Hills.

You can get pretty lucky with conditions at places like Bolehills. Surfaced tracks are built to drain well and withstand thousands of hours of use. You might find that they are still running well into winter when all the usual trails are a soggy mess. And the newer tarmac ones are even more reliable. Be sure to check out the BMX and Pumptrack directory for your closest spot in the UK. 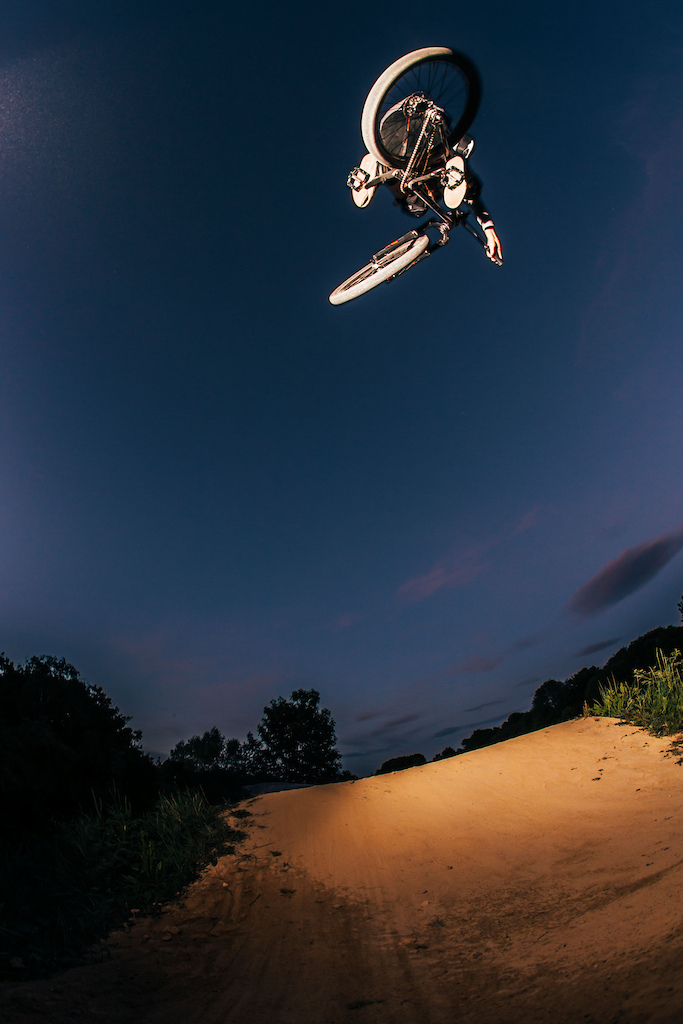 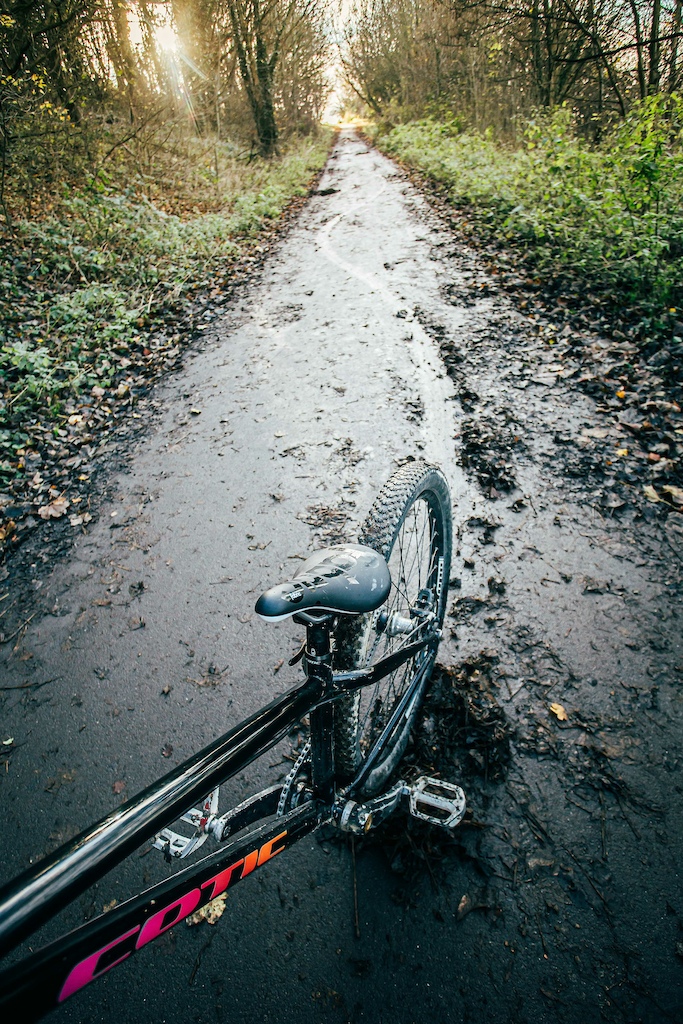 Most of these places are built with love and passion. Sure a council might occasionally pony up a little cash, but most of the time the scenes are built by volunteers; you can pay back your stoke by lending a hand at dig days, picking up litter or sometimes just buying a t-shirt or sticker from the locals to help pay for some more surface. Cotic donates a percentage of its turnover each year to trail maintenance schemes and it's not just mtb routes that reap the benefits. As the artist Cy Whitling says, "Being local isn't defined by how much you've taken from a place, but by how much of yourself you can invest into it."

veero (Dec 5, 2020 at 2:46)
That's great that the local BMX track is busy. Our local council closed the nearby pump track during lockdown because it classes it as a sporting venue and therefore can't be used. Slow clap for the council, useless tards.

jaame (Dec 6, 2020 at 11:25)
I thought it was pretty obvious but obviously not. Broom to sweep the glass into the potholes, and then maybe fill the potholes with dirt?
If there is the bare bones of a usable facility, why not put in a little graft and transform it into a usable facility? Something is better than nothing. Plus there is the feeling of satisfaction to be gained from creating something with the hands. That’s what I would look to do, rather than booing about how what I have is not as good as what someone else has. How old are you broom pedants anyway, and have you ever done a day’s work in your lives?

Ryan2949 (Dec 7, 2020 at 18:24)
@privateer-wheels: For how little altitude we have, it's getting better! With more and more local groups getting together, I can only assume we will have more and more trails to ride.

privateer-wheels (Dec 7, 2020 at 18:59)
@Ryan2949: You have it good! The riding there is far far better than anything near by here. Mind you I love the Don Valley, but places like Azilda, Lake Laurentian, and Walden are gems. We try to get to Surbury several times a year.

Walden is a great group of people, they've updated it quite a lot this year compared to last, there are some wooden features, jumps. progression features (drops, jumps, skinnies) now that weren't there years prior. I have been in talks with the city to possibly do something with our ski hill Adanac as it lays dormant during the summer.

JustAnotherRiderHere (Dec 5, 2020 at 18:31)
@mixmastamikal: I know that the Chinese under 16 labor force was not making my new SWorks during the ignorant shut down.....

ctd07 (Dec 5, 2020 at 2:04)
Or just buy one of the bazillion uk steel hardtails available, like dmr or curtis... why even bother if you're not going to sell it when so many others do

Kainerm (Dec 6, 2020 at 21:34)
@BreakLikeTheWind: I also had the thought "why bother posting about it if they aren't going to sell it?" Because people are going to notice, and if there is no info on it, they will guess that it comes soon(TM)

bemorestoked (Dec 5, 2020 at 8:21)
Love that head tube badge! Also my takeaway from that last quote is that somehow you got your Mountain Gazette in the UK before mine showed up!

And hey, it's worked on me! I want this bike, despite already having a very nice DJ.

Velocipedestrian (Dec 5, 2020 at 22:39)
What's going on with the white fork? The crown shape looks different, and I've never seen a Pike with the old pale ano stanchions.
Looks like a Manitou CSU.

jukka4130 (Dec 5, 2020 at 1:40)
Solid looking frame. I'd prefer the slider style of dropouts, thouhg. Less hassle, cleaner looks, and the brake caliper is always in the right place.

ctd07 (Dec 5, 2020 at 2:04)
Or just buy one of the bazillion uk steel hardtails available, like dmr or curtis... why even bother if you're not going to sell it when so many others do

commentsectiontroll (Dec 5, 2020 at 5:19)
Speaking as someone who replaced his jump bike this year, there really isn’t that many 26” steel frames jump bike options available (frame only). You basically have

And that’s it. There is also a myth that people don’t want or ride jump bikes, which is mostly from the mouths who don’t ride jump bikes and don’t ever frequent bmx tracks / trails / skate parks

I would have bitten Cotics hand off for this, hope it makes it to market one day

Chromag has the Monk, and Reeb Cycles here in the US has the Destroyer.

Both would be a bit spendy with shipping to the UK, so you’re point still stands, but I’d be remiss if I didn’t mention both of these great DH rides.

jaame (Dec 5, 2020 at 8:23)
@commentsectiontroll: yeah and looking through classified ads for parts... Fox 831s never seem to depreciate. Most other short 26” forks are in high demand. DJ bikes in good nick don’t get advertised for long. There is obviously a market. I guess it’s mostly young lads who are still at school, hence the massive marketing budget is used to sell enduro and ebikes to professionals in their 40s - they type who change bikes every year.

My problem with the PBJ is that o have no idea if I should be getting a long or a short.

barp (Dec 5, 2020 at 19:59)
@commentsectiontroll: You missed the Kona Shonky. It just came out as a complete bike, but you can still buy frame only.

Why bother you say...
That's why Cy runs a bike company and neither you nor I do.

Rub the butter into the flour until it looks like fine breadcrumbs, add sugar and dried fruit and mixed spice, if using.
Add egg and milk to make a soft dropping consistency.

Put into lined 2 lb loaf tin or 6" round cake tin. Sprinkle demerara sugar over the top and pat down with the back of a spoon (this gives a nice crunchy top) and bake for approximately 1 to 1 1/4 hours in a preheated oven at 180 C / 160 C fan / Gas 4 until a skewer comes out clean.

nojzilla (Dec 6, 2020 at 1:29)
@Molesdigmyjumps: lovely bike for riding around the woods at a leisurely pace but, as soon as I rode it hard like a 4X track, dual track or DJ's the rear end was was ALL over place, I could actually feel the rear wheel flexing in all directions as I pumped transitions. Might have had something to do with the pencil thin stays, down tube smaller that the 27.2 seat tube and zero cross bracing at the BB CS junction........

YoKev (Dec 5, 2020 at 1:51)
Here's an idea: Support the people who support you, i.e. hire local people to manufacture your product, instead of paying companies in the 'far east' who hire their local people to do it for you. People who most certainly won't spend a dime with you.

threehats (Dec 5, 2020 at 2:02)
This comment makes no sense. Cotic has these non-production frames made locally in the UK. And they get about half their production full-sus frames also made in the UK - but they don’t currently have the production capacity to do more here, so the rest are done in Taiwan.

How many other brands are doing better than that? It’s a very short list!

FrederickJ (Dec 5, 2020 at 2:08)
Having it manufactured locally, even by an experienced frame builder, probably requires in house testing on the frames for the minimum safety requirements. Even if they have the testing capabilities, one need the right frame jigs and test rigs (same goes for the welding). Tooling like that is a once off cost. They need to be sure that they can make the money back and cover the more expensive labour, while providing sensibly priced bikes.

I work in a mid size company (unrelated engineering field), and a switch to manufacturing locally, is not as simple as it sounds. Cotic is a small company. You'd be paying 'boutique' frame prices if they did not outsource production.