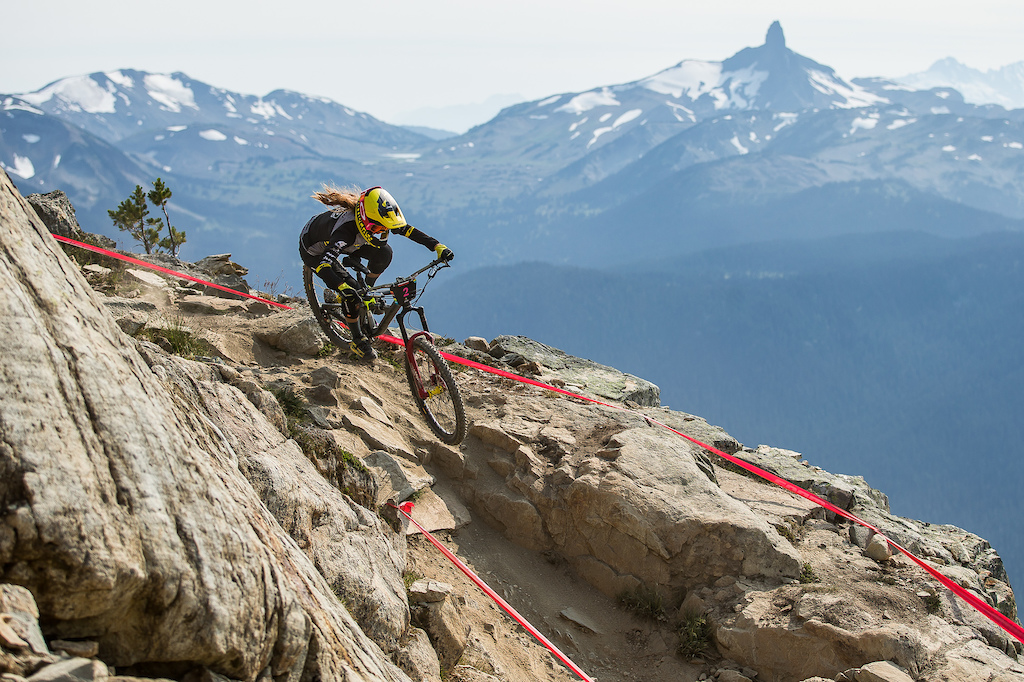 Current overall series leader Isabeau Coudurier will be on the hunt for the elusive to step in Whistler. Photo by Fraser Britton
With 675 riders queued up to race this weekend, Crankworx Whistler will be hosting the biggest Enduro World Series race in history.

And that’s just one weekend. In total, 10 days of competition will feature 13 races, contests and jam sessions, and see over 1000 pro and amateur athletes from different mountain bike disciplines take part. On top of that, 626 young riders are registered to take part in Kidsworx races and events (with more waitlisted).

Overall, the 16th year of Crankworx Whistler is shaping up to be the biggest yet, bringing together the best of the best in Enduro, Dual Slalom, Pump Track, Speed & Style, Downhill, and Slopestyle.

EWS - Who to Watch For
The record-setting EWS number comes from the total riders in three categories of enduro race taking to the trails in Whistler. These include the CamelBak Canadian Open Enduro presented by Specialized (pro category and 100) and the Bell Canadian Open Enduro 80 (formerly known as the Challenger).

Among the competitors, Jill Kintner, the reigning Queen of Crankworx, set to take on her second EWS race. Kintner came close to dominating in her debut, finishing just behind current series leader Isabeau Courdurier at the season’s second stop in Tasmania. Unforunately Cecile Ravanel, who’s finished first in Whistler the past three years (2016, 2017 and 2018 ) is still recovering from injury.

On the men’s side, Martin Maes won’t be eligible to repeat as he serves his suspension, while the status of 2017’s winner is still unknown. Jesse Melamed broke his leg in Val Di Fassa at the fourth EWS round, so the home crowd is still waiting to find out if he’ll be racing this weekend.

Likely to be pushing hard for the win in Whistler: Sam Hill, who’s twice come in second here (2017 and 2018 ), Eddie Masters, coming off his first-ever EWS win in France, and Richie Rude, who’s reigned supreme here before (2015 and 2016) and came out of the gate running at this season’s EWS in Italy, taking first. 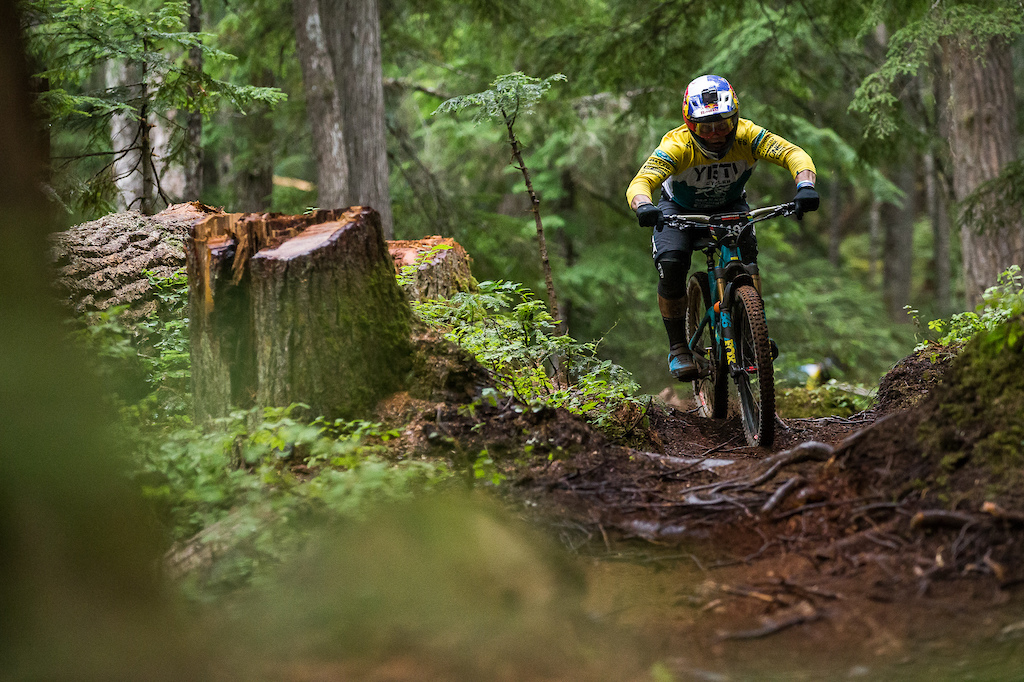 Richie Rude, getting amongst Whistler's rooty singletrack in 2018. Photo by Fraser Britton
The full start list for the CamelBak Canadian Open Enduro will be released today on https://www.enduroworldseries.com/.

The invited rider list for Red Bull Joyride was released in July.

Notable facts:
Verbeeck is undefeated in Crankworx Dual Slalom in 2019
Kintner won five consecutive Crankworx Whistler Dual Slalom races between 2013 and 2017
Sterling, who took down Ropelato in the finals at Crankworx Innsbruck 2019, is just 17-years-old
The win in Innsbruck was Sterling’s first elite win of his career 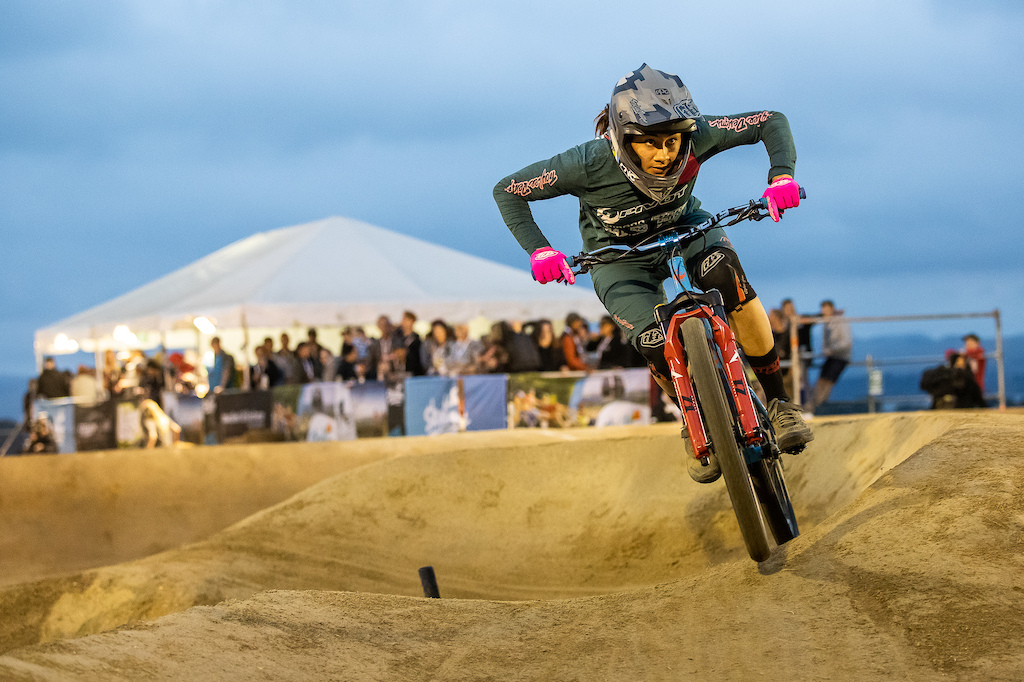 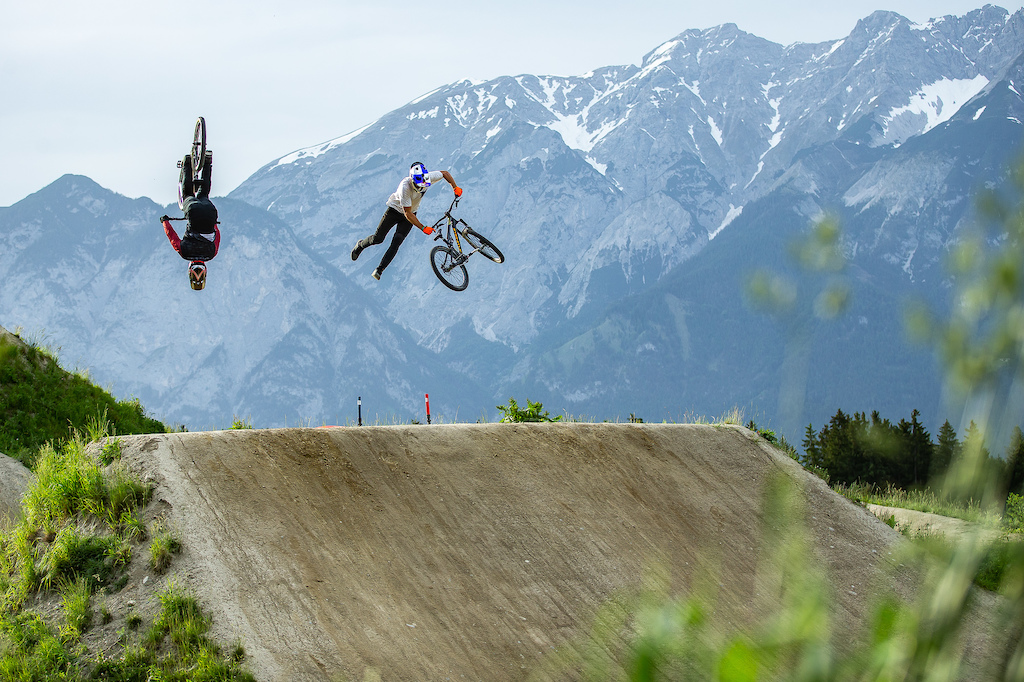 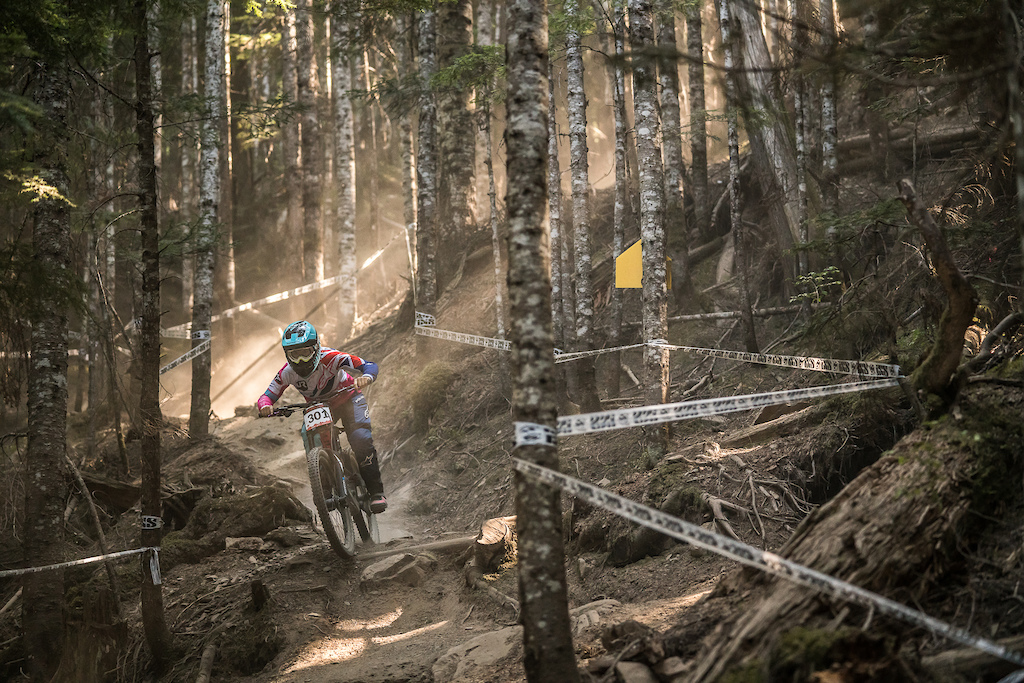 Tracey Hannah, dominating in the Canadian Open DH presented by iXS in 2018. Photo by Kike Abelleira
Notable Facts:
Hannah and MacDonald are both undefeated in the 2019 Crankworx DH Championship series
Hannah has won this event three years running as well as winning the overall championship every year since its inception
A win in this event for Brosnan would make it five years in a row
Verbeeck will be racing wearing the Canadian flag sleeve, after winning the Canadian National Downhill Championships at the end of July
Blenkinsop came fourth in this event last year, securing him the King of Crankworx title for 2018
Nicole is currently registered to race at Crankworx Whistler, after three+ months of rehab with a foot injury

Riders are ready. Fans are primed. The dirt awaits. Crankworx Whistler 2019 is go.

Sycip69er (Aug 9, 2019 at 15:18)
There is no better event in mtn biking than Crankworx Whistler. It should be on everyone's bucket list.
Below threshold threads are hidden