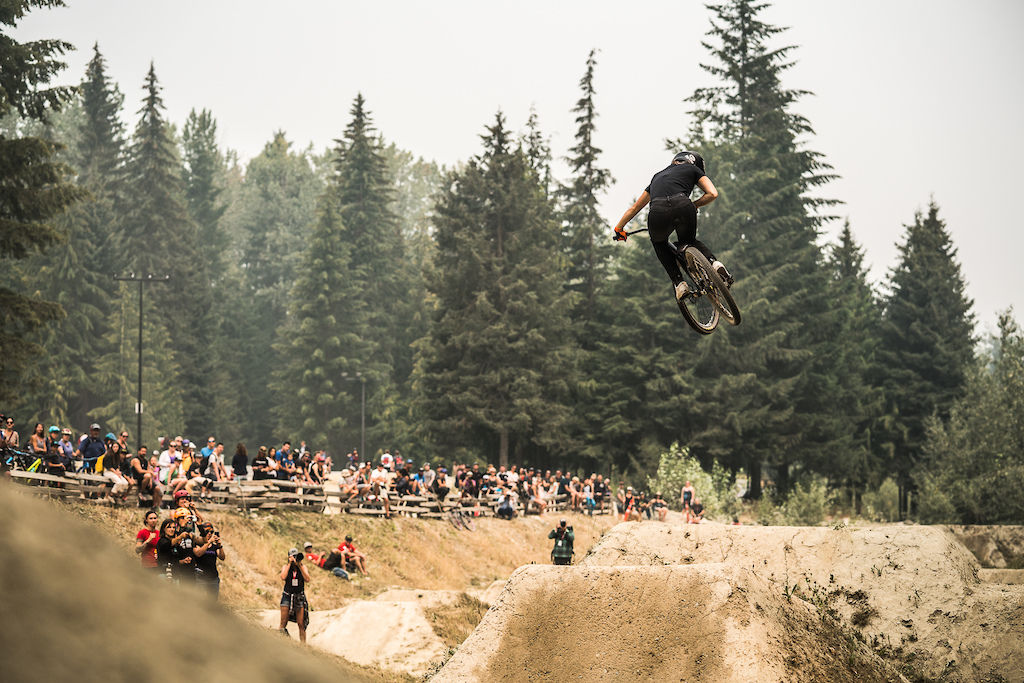 Their speed and skill? Undeniable. But what about style? For female mountain bikers, this side of their riding has been waiting for its time to shine.

With a new women’s category in Speed & Style set to debut in 2019, the organizers of Crankworx Whistler (August 9-18 ) are hoping the event will hit the mark, setting a foundation from which female riders can launch, showcasing their style and taking their skills to the next level.

“There are girls out there now that’re starting to push their style element in mountain biking,” says Caroline Buchanan, a woman known for showcasing just that at Crankworx. She says to have a platform and an opportunity for women to showcase a skill set that includes more than racing is key in giving female riders the recognition they deserve, as well as the opportunity to progress. “Obviously Slopestyle has been massive for the men and the progression has been huge, so to open that pathway for women is crucial. I’m all for it, 100%.”

Both men’s and women’s categories of the Clif Speed & Style will take place Friday August 16, 2019.

The event will also be followed by the return of the Best Trick contest Friday night, which will feature both men’s and women’s categories. This is the first time women will have their own category in this event, which last ran at Crankworx Whistler in 2013. 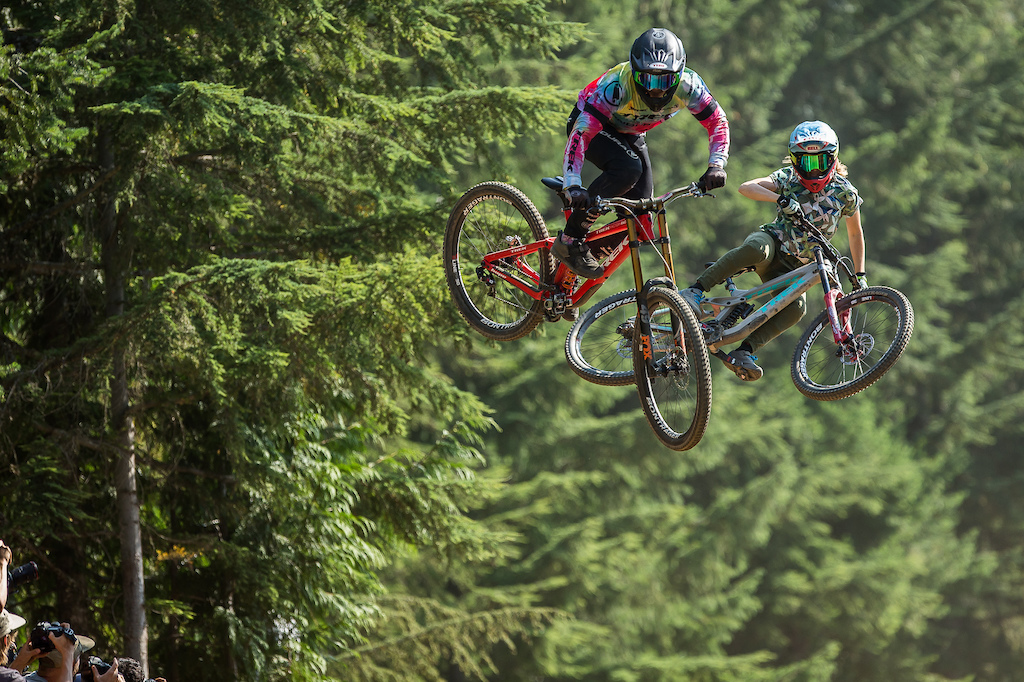 Casey Brown, style-master, follows Kade Edwards into Crabapple Hits. Photo: Fraser Britton
Since its beginnings in 2004, Crankworx has looked to elevate women’s involvement in the sport. In 2007 it hosted Womenzworx, a series of judged freeride events. In 2015 festival organizers set out to shift the perception of female athletes competing in mountain biking by changing its podium setup - men and women were awarded prizes side-by-side on the podium - as well as offering equal prize money across the Crankworx World Tour. 2018 brought the first women’s Jump Jam to Crankworx Whistler.

As Crankworx has grown into a series of international festivals, new events are added with a focus on the long term and on creating consistency across the Crankworx World Tour. Organizers had hoped to stage a women’s Jump Jam at Crankworx Rotorua this year, but General Manager Darren Kinnaird says it became obvious it was going to be too hard to recreate the Whistler event at other locations.

“We’re trying to find the right formula to create a space for this side of women’s mountain biking to flourish at Crankworx,” says Kinnaird. “The key is finding the sweet spot: a contest that meets female riders where they’re at now, while also providing room to grow and progress. A course and a format that’s both achievable and aspirational - that women can really show off what they can do, while also pushing them to the next level. We’re hoping a women’s category in Speed & Style will be that right mix. It’s certainly an exciting time for women in mountain biking and we’re privileged to play a part.

“The ultimate goal is to have women competing in Slopestyle at Crankworx one day.” 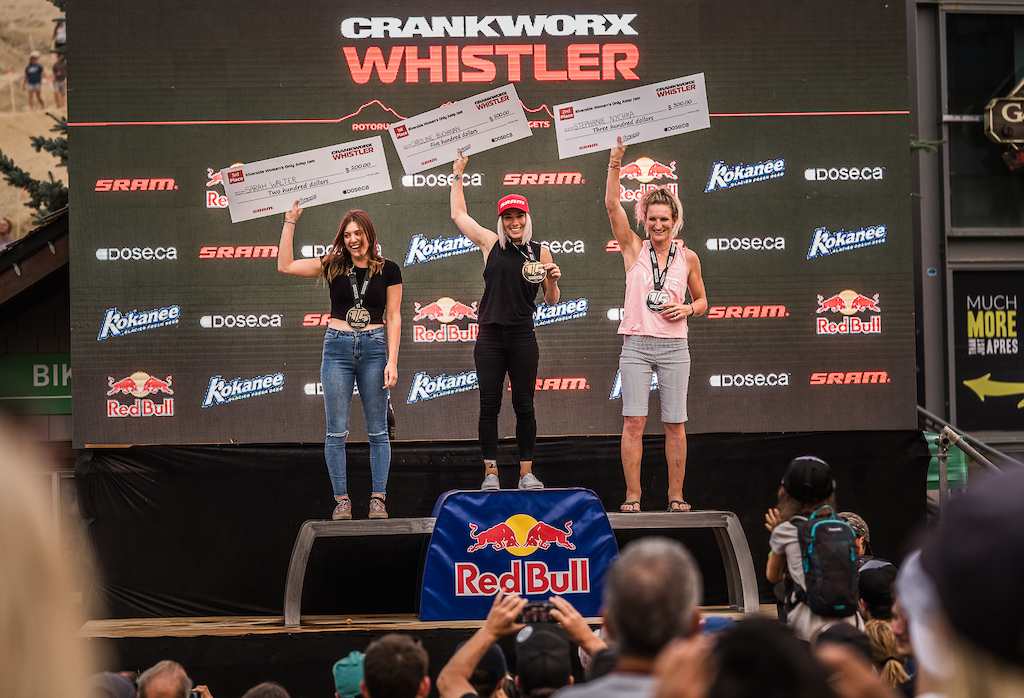 “Not only will this help to foster growth in both rider confidence and advance the skills of riders, but it will create a ranking for those who may be seeking sponsorship or much needed exposure,” says Stephanie Nychka, one of the driving forces behind the creation of the WST. “In the past there has been a lack of support and growth within this discipline for female athletes, which has been detrimental to the progression of riders and development of new ones.”

The Clif Speed & Style at Crankworx Whistler is an invitational event. Organizers will be looking to the three events on the WST calendar (Little Big Festival in California in May, Sugar Showdown in Washington in July and the Big White Invitational in BC in July) as well as events organized in and around Whistler by Lisa Mason of Women’s Freeride Movement.

“With the creation of freestyle events for women, I see nothing but exponential growth,” says Mason. “When we run women’s competitions, it elevates the level in the sport, becomes the norm, and makes it visible to the next generation. It enables inspiration and the creation of dreams of things that weren’t previously thought possible, like women’s slopestyle!”

Full event and course details for the Clif Speed & Style will be release closer to the festival in August.

vinay (May 14, 2019 at 7:04)
Does this count towards the Queen of Crankworx title? It is cool that it is finally there but I feel it is odd that they only introduce it near the end of the season. Why not have it for the other stops too?

jefe (May 14, 2019 at 8:55)
Gotta start somewhere. Seems like the movement is coming from North America, hopefully the rest of the world hops on board!

officialcrankworx (May 14, 2019 at 9:32)
This is the goal! It won't count towards Queen for this year, but if the event goes off we'll definitely be looking to expand it across the World Tour.

yakimonti (May 15, 2019 at 6:35)
She seems pretty over anything Crankworx related, and surely wouldnt do a slopestyle event.