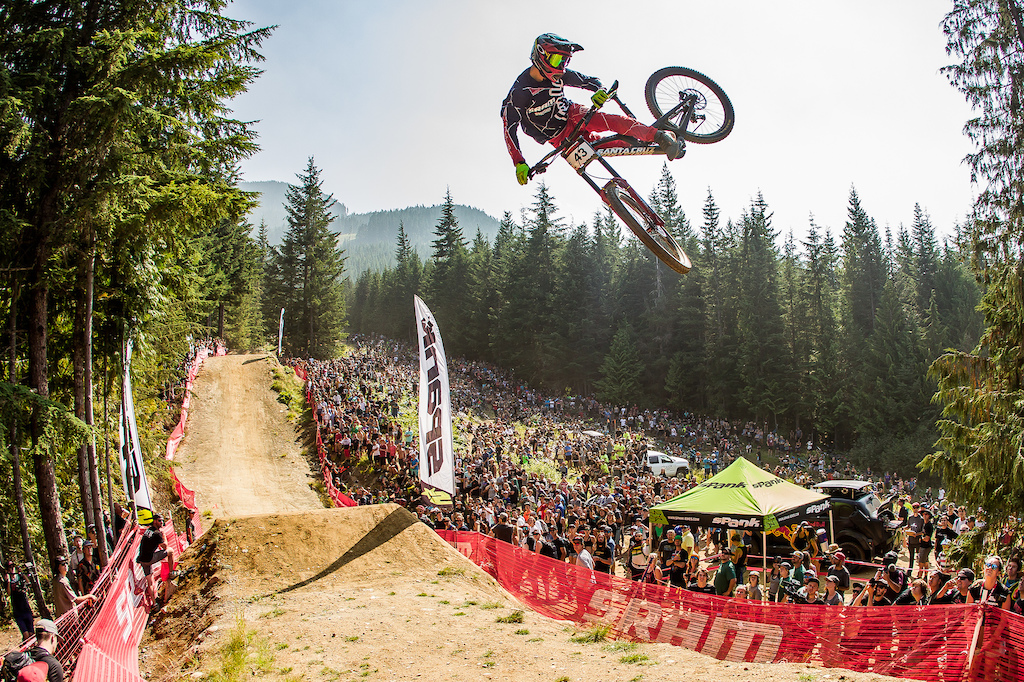 The event: Where heroes are made and legends begin. A celebration of what and who mountain biking is today, where it’s come from and where it’s going. An opportunity to bear witness to the living history and progression of the sport. A chance to experience mountain bike culture’s many layers. A global movement with a deeply rooted foundation in its home base where it ends every season in August. Good times on two wheels from dawn to dusk and beyond.

The venue: Named for the call of the marmot that inhabits its mountains, and now known for the siren song that draws in seekers, adventurers and boundary-pushers from all corners of the earth. Home to the world’s biggest bike park. Arguably the planet’s most iconic riding destination. Where mountain bikers from around the world flock to commune with gravity. Where the seed of the sport sprouted, and has since grown beyond anything anyone could have ever imagined.

Crankworx and Whistler are two words synonymous with the pinnacle of the sport of mountain biking. Combine the two, and you have the ultimate.

For the bike-minded, nothing else comes close to Crankworx Whistler. 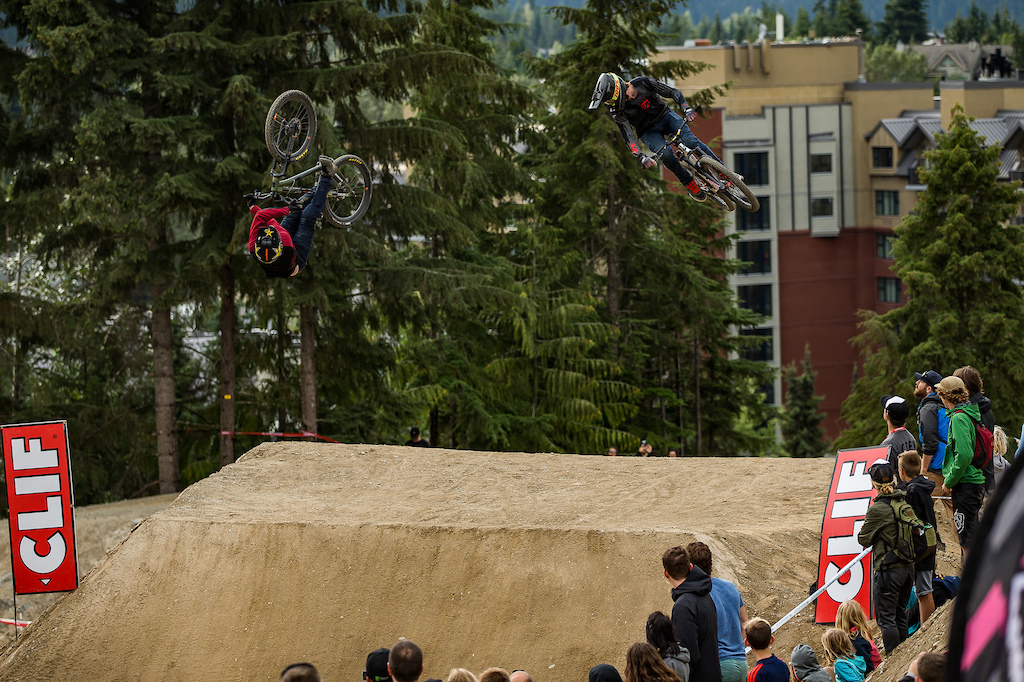 Taking Speed & Style and Dual Slalom to the next level at Blackcomb Base 2. Photo: Fraser Britton
Expansion to Blackcomb Base 2
Traditionally the action at Crankworx Whistler is centered around the Whistler Mountain Bike Park, with most races descending into Whistler Village through the Boneyard. For the first time since the discipline’s induction to Crankworx in 2007 (when it was won by Greg Minnaar and Tracey Moseley), Dual Slalom is moving.

Rubber will meet dirt on Blackcomb Mountain at an area known as Base 2, a short distance up from Whistler Village. The move will allow for dedicated courses for both the 100% Dual Slalom Whistler (Wednesday, August 14) and the Clif Speed & Style (Friday, August 16).

“Moving the Dual Slalom and Speed & Style action to Blackcomb Base 2 enables us to reimagine the courses, spread out, and really put together something new and exciting for 2019,” says Darren Kinnaird, General Manager of the Crankworx World Tour. “We’ve really seen Dual Slalom enjoy a resurgence in popularity over the past couple years, so the time felt right to try something different with the course. With Speed & Style as well, we’re adding more categories this year. Base 2 has more room to play with, so we can add in some different line choices and make it a great experience for athletes and spectators.” 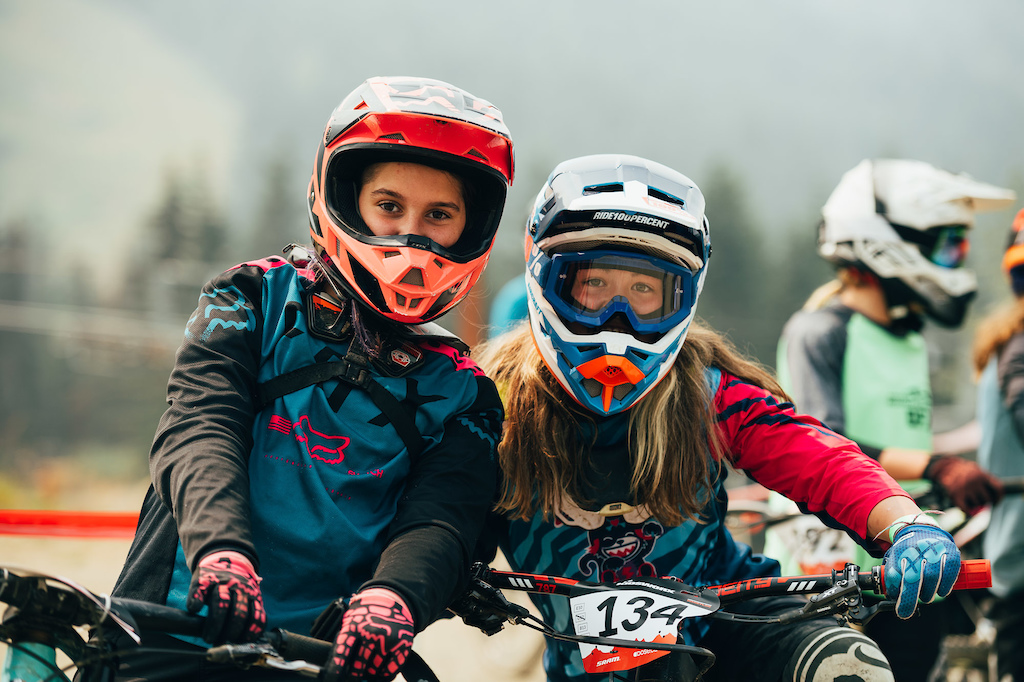 2019 Speed & Style stars? Photo: Jay French
Speed & Style to add Invitational Kidsworx Category
Up to 24 invited young shredders (16 boys and eight girls, ages 13-15) will have the chance to show off their skills in a new arena in 2019. The inaugural Clif Speed & Style Kidsworx Invitational is set to launch, bringing to light the mind-blowing talent sprouting from the current crop of groms. Expect to see some young Crankworx regulars, new faces, and a mix of local and international competitors.

Full schedule information on the Clif Speed & Style Kidsworx Invitational will be released closer to August.

Last week, it was also announced that a women’s category will be added to the Speed & Style roster for 2019. 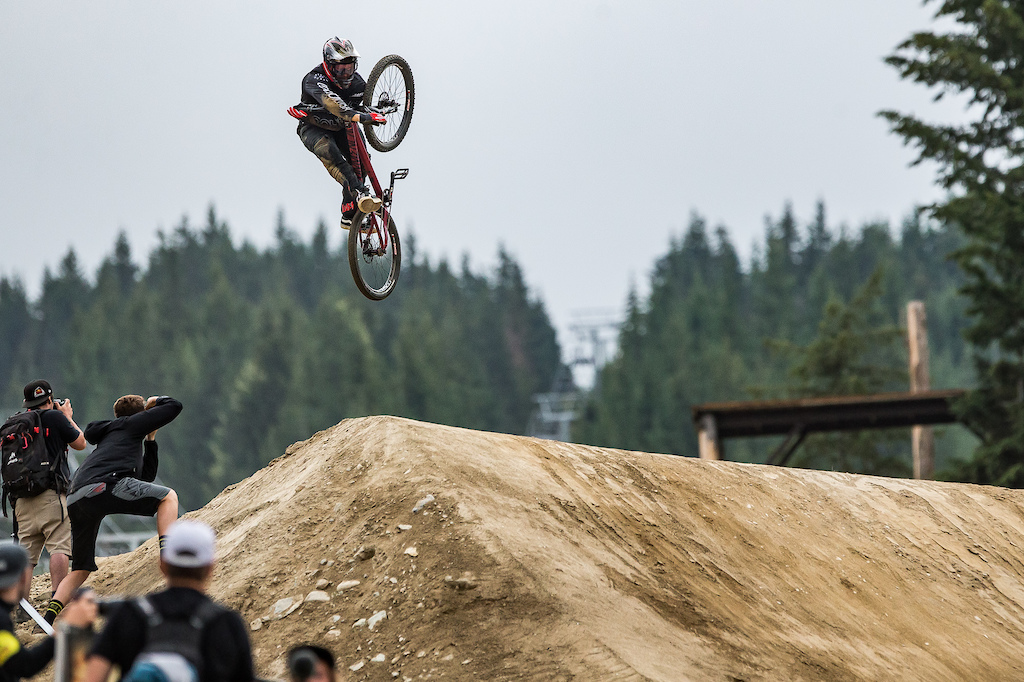 The big dawgs will be bringing their best tricks to Blackcomb Best 2. Photo: Fraser Britton
The Return of Best Trick
Rounding out a big day of action at Blackcomb Base 2 on Friday, August 16, Best Trick is back.

“I love that Best Trick is coming back to Crankworx,” says 31-year-old Watts. “It’s such a spectacle to watch and it allows riders to send their best tricks without having to worry about completing a full run. This allows those ‘dream tricks’ to come out and gives you a glimpse of slopestyle future. I’ll definitely compete if I get an invite, just give me some old man stretch time beforehand.” 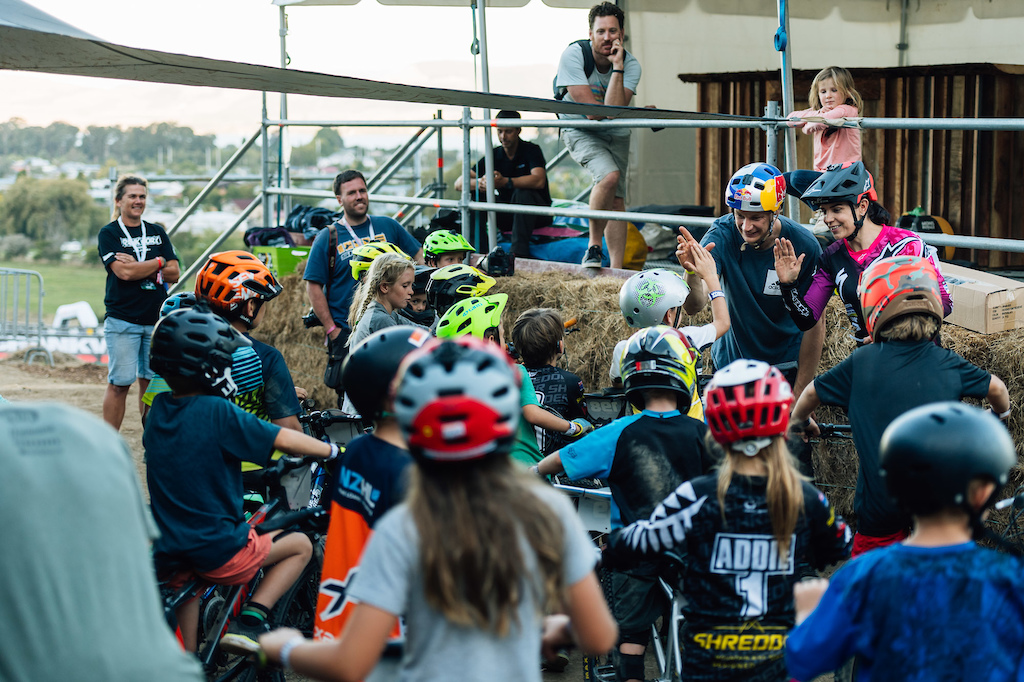 Next up?
The action is getting ready to touch down in Europe for the second stop on the 2019 Crankworx World Tour, setting the stage for what’s the come for the third and final stop. Watch this space as the excitement builds and details come to light on all that’s going down at Crankworx Whistler 2019 this August.

shirk-007 (May 24, 2019 at 10:51)
@flipfantasia: Other way to do it is with the EWS. Just rough flag / clear the line then let the many hundreds of racers ride in a line. Come back in after and look at what developed then put in some time to clean it up. Bam new trail and I think less work than cutting in the full trial from scratch.

During pre-ride people will be "wtf there is no trail here". Yep that's the point, you're going to make new trail.

shirk-007 (May 24, 2019 at 13:40)
@scott-townes: hahhah I didn't remember that and had to go find it on youtube. Okay official rules no rolling massive boulders down onto your competition.

leon-forfar (May 24, 2019 at 11:45)
I hope this means more space to change the slopestyle course up finally. Nyquist mentioned Semenuk was possibly designing it for this year.

Jaimotherwell (May 28, 2019 at 3:07)
Does anyone know if past "best trick" winners will receive automatic invitations the same way the Slopestyle guys do if they've won joyride in the past? Because in 2011 there was actually two winners. Cam Zink won on the Cabin Booter and Benny Phillips won on the straight jump. Curious to see if Crankworx offers them both a spot.

lalientoxc (May 24, 2019 at 19:45)
Plz make a full highlights video of the best trick contest!! Idk why they stopped doing it in the first place they used to even have two at the time!!

hypa (May 24, 2019 at 11:50)
@Joshmcg: You got it man. The last couple years the PT was built where the Coca Cola tube park usually is. It's a nice change, although I loved the days when the PT was in the village. Pooching it after dark was always a life goal.

pooched, pooch·ing, pooch·es
To bulge; protrude. Used with out: "a little roll of flab that pooches out above the tight waists of their spandex trunks"

I've been doing that for years. I think you meant poaching it after dark?

Flowcheckers (May 28, 2019 at 8:31)
Should be titled "Whistler announces returns to Blackcomb." They had AMBC DH race and dual slalom races there in 1994. I heard later somebody died in the DH.

colincolin (May 26, 2019 at 2:15)
can you enlighten me? (and possibly others)
Below threshold threads are hidden

bman33 (May 24, 2019 at 8:40)
@Luis-Sc Go during Crankworx, have a damn blast. Yes, it will be a bit crowded. However, depending on how long you are there, you can strategically plan your lift time, hit plenty of trails and still check out the great vibe of being there when everything is going down!

nikifor88 (May 24, 2019 at 8:58)
@gmcgurk: been there during crankworx and besides doing many many laps i drank beer with pastrana, rode behind brendon, cg, gwin and brosnan and danced with tracey hannah. totally worth some breaking bumps

shrockie (May 24, 2019 at 11:06)
@gmcgurk: The week before crankworx is Wanderlust yoga festival. we *coincidentally* show up on wanderlust weekend, every year.