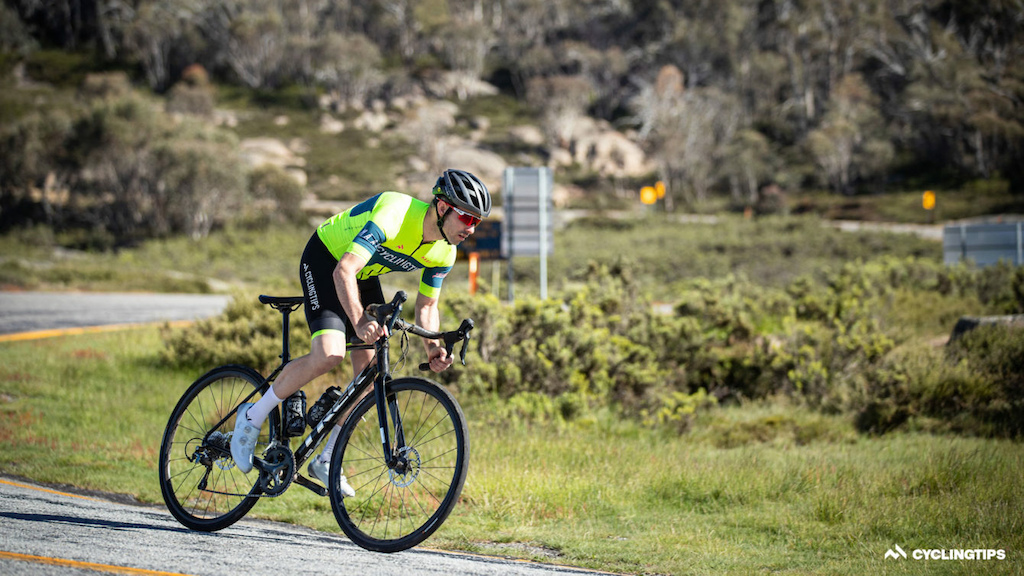 THE TOP STORIES
from
CYCLINGTIPS
February 2021
What's going on in the curly bar world? CyclingTips Digest showcases articles from our sister site, CyclingTips. In each installment, you might find endurance coverage, power-to-weight ratios, gravel bike tech and, of course, lycra.

Every two links of a typical bicycle chain consist of eight pieces – two outer plates, two inner plates, two rollers, and two pins to hold it and the adjoining link together. Chains of this nature, known as roller chains, are used every day throughout countless critical industries. Sketches of such things date back as far as the 16th Century.

Taya, a Taiwanese bicycle chain manufacturer, recently announced the production of its new Rollerless Series 11- and 12-speed chains. This new chain removes the roller entirely and instead puts enlarged inner links in contact with the teeth of the cassette and chainrings. Taya says its Rollerless chains save weight, run quieter, last longer, and are more efficient. And while some of that may be true, the reality is that Taya’s new product is likely a step back in the wrong direction of engineering history. 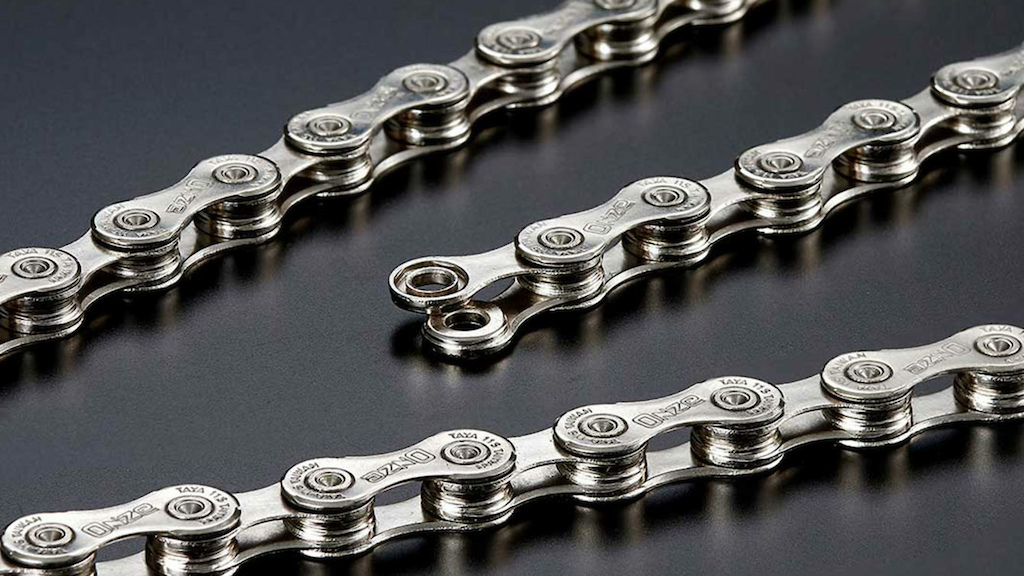 FROM THE TOP: HOW 7MESH WAS BUILT
By: Wade Wallace

In this episode we speak to the three co-founders of apparel brand, 7mesh.

Getting into the cycling apparel business could now be one of the lowest barrier-to-entry segments in the industry. Anyone with an Instagram account and some design ability can source directly from factories in Italy or China and create a clothing ‘brand’ these days.

That’s not to say some don’t break through and create legitimate and worthy businesses this way – I know a few first-hand who have. This low barrier to entry has enabled some wonderful brands to get started and flourish. But because of this it is now a crowded market, and it’s tough to discern who’s doing great work and innovating, and who’s just pumping out disposable fashion. 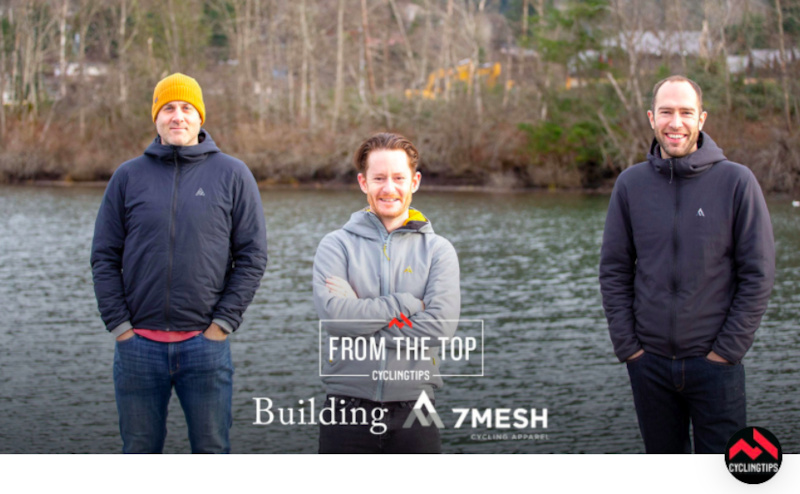 ELECTRONIC VERSUS MECHANICAL SHIFTING: THE PROS AND CONS
By: Dave Rome

There’s a growing trend amongst performance road bikes of hiding cables for a sleek look. Some brands have managed to find a way to squeeze both brake hoses and gear housings through tight bends, while others ease the process by making their bikes compatible with electronic gears only (e.g. Shimano Di2 or SRAM eTap).

And it’s exactly this trend that had us keen to talk through some of the bigger points in the debate of electronic versus mechanical shifting when buying a new bike. No longer is it a simple case of which one shifts better, faster or requires less maintenance – the topic has become broader than that. 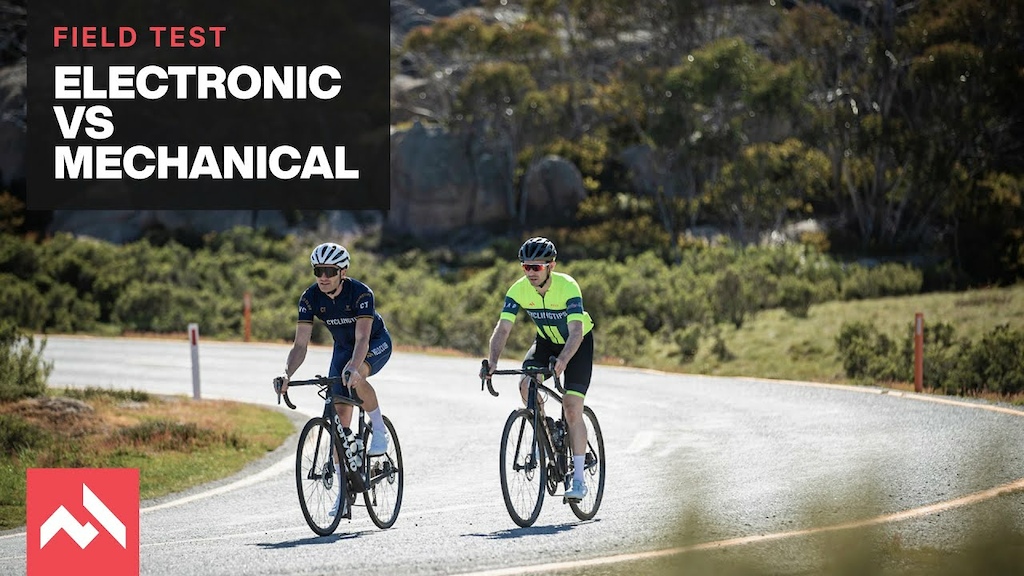 Ritchey’s a brand with a long and rich history under the careful guardianship of Tom Ritchey, a living legend of the cycling industry. After having helped pioneer what we now call ‘mountain bikes’, Ritchey has spent the last four decades curating a shifting line-up of bikes and components – from road frames to tandems to stems and wheels.

Despite being fond of the saying “every bike is a gravel bike”, Ritchey felt the need for a dedicated gravel bike in the company’s range, and in 2017 the brand launched the Outback. 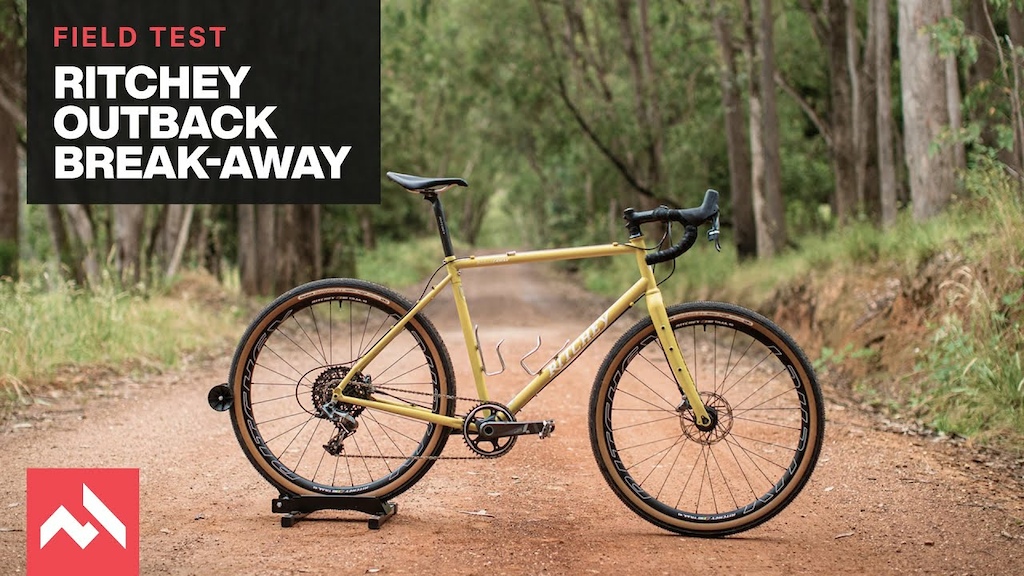 2021 FIELD TEST: OUR FAVOURITES OF THE MID-TIER ROAD RACE BIKES
By: Dave Rome


It’s time to wrap up the findings from our small 2021 Field Test of mid-priced all-rounder road race bikes (but not the whole Field Test!).

As a refresher, this group consisted of the Giant TCR Advanced Pro 1 Disc, the Trek Emonda SL 6 Pro, and the Canyon Ultimate CF SL 8 Disc. All three aim to be do-it-all performance road bikes that come with claims of high frame stiffness, low weight, aerodynamic benefits, and all-day comfort. And they’re intentionally closely comparable in the parts they’re built with, too.

Additionally, we had the highly versatile Cervelo Caledonia Ultegra Di2 as an odd duckling in the bunch. 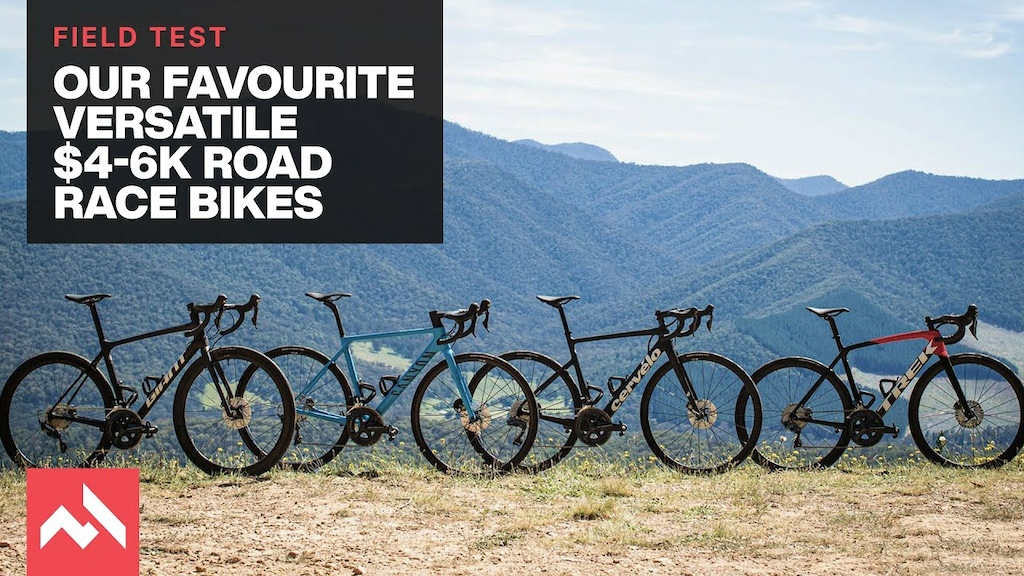 ZWIFTHUB GIVES YOU THE FEATURES ZWIFT REALLY SHOULD
By: Ronan McLauglin

While Zwift offers an enjoyable indoor training option with plenty of route and workout variation, for many riders the platform’s gamification is the real attraction. Riders can level up, unlock achievements, tick off a host of routes and earn badges.

While this aspect of Zwift is hugely popular, it is a bit of a pain to track your progress. Currently, Zwift users need to launch the app, pair or skip the sensors pairing page, select a route, click ride to actually place themselves in the game, before finally being able to enter the menu tab and selecting badges to check their progress. 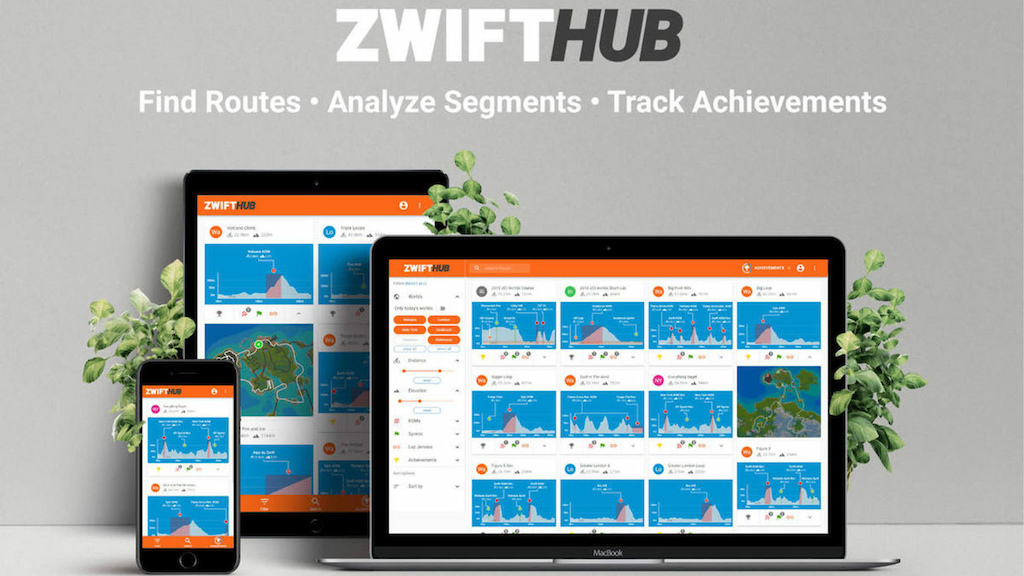 2020 MARK GUNTER PHOTOGRAPHER OF THE YEAR AWARDS: THE JUDGES’ SHORTLISTS
By: CyclingTips

The 2020 Mark Gunter Photographer of the Year Awards closed a few days ago. We received hundreds of incredible submissions from around the world – truly some of the best cycling stories and images from what was an incredibly difficult year for millions of people all over the world. The Awards are a showcase for the talented entrant photographers, but they have another important purpose – raising money for cancer research for Tour de Cure.

Now that entries are closed, it’s over to our panel of judges — Kristof Ramon, Tim Bardsley-Smith, and Jered & Ashley Gruber — to decide who’s going to be awarded the Mark Gunter Photographer of the Year Awards. Plus Graham Watson returns as our honorary judge to select his top ten in the Amateur category. 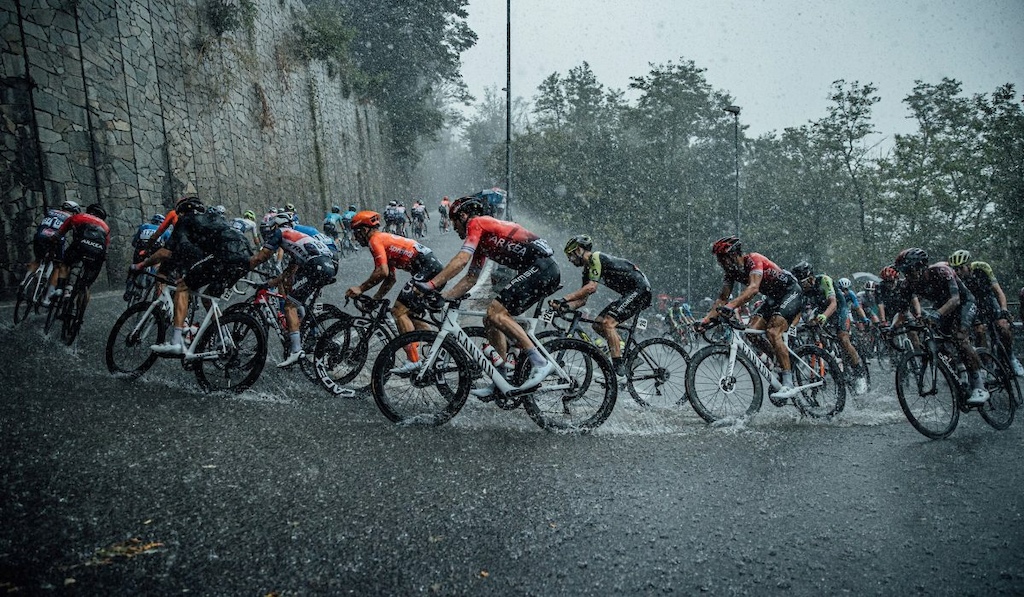 BIKEPACKING THE IRON CURTAIN: A RIDE THROUGH EUROPEAN HISTORY
By: Markus Stitz

From the end of World War II until the turn of the 1990s, Europe was a continent divided. In the east lay the Soviet Union and its allied states; in the west, a collection of North Atlantic Treaty Organization (NATO) members and neutral countries. Between east and west lay ‘The Iron Curtain’. The term was both a nod to Soviet attempts to distance itself from the West, and later, the name of the 7,000 km-long physical barrier that separated the two worlds.

Markus Stitz is a cycling adventurer and filmmaker based in Scotland. He grew up in East Germany in the time of the Iron Curtain and was 10 years old when the Berlin Wall fell, paving the way for the reunification of Germany. In his latest film, Markus rides the length of the Iron Curtain Gravel Trail, a bikepacking route that follows a section of the former Iron Curtain through central Germany. 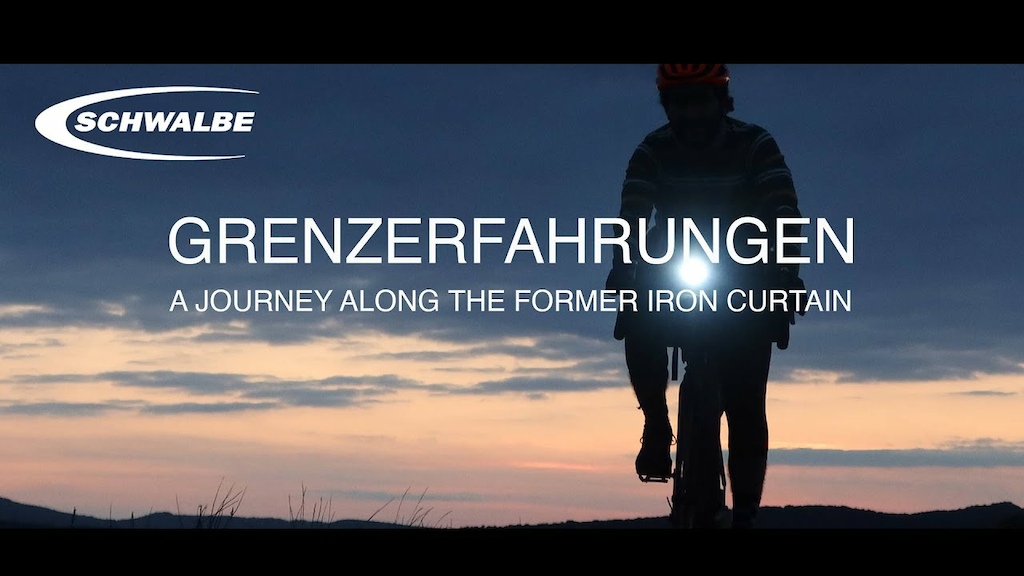 I simply love that some of the most interesting and versatile road bikes on the market currently sit at the budget end of the spectrum. And that’s exactly the case for Trek’s new Domane AL Disc, an all-road-esq bike based around a budget-minded aluminium frame.

Much like Trek’s more premium carbon fibre Domane offerings, this new aluminium version aims to offer plenty of versatility via combining (super-)wide tyre clearance with a comfortable fit and a sporty road-bike feel. 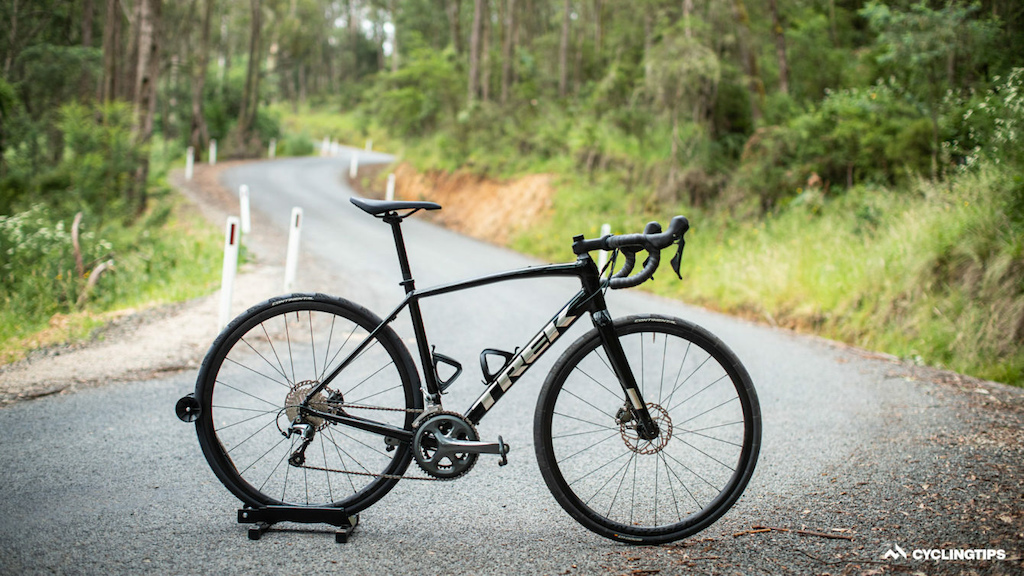 ‘COVID-FREE’ TURKMENISTAN TO VACCINATE RIDERS AGAINST VIRUS IT WON’T ACKNOWLEDGE
By: Iain Treloar

Any time’s a good time to check in on our favourite central Asian dictator, Gurbanguly Berdimuhamedov, especially when he does or says something cycling-adjacent.

So we’re thrilled to report that Turkmenistan, which will be hosting the 2021 Track Cycling World Championships in October, has outlined its COVID-19 protocols in preparation for the event.

In any other circumstance, this would be a boring bit of sporting admin, but when it comes to Turkmenistan, there’s an interesting wrinkle. 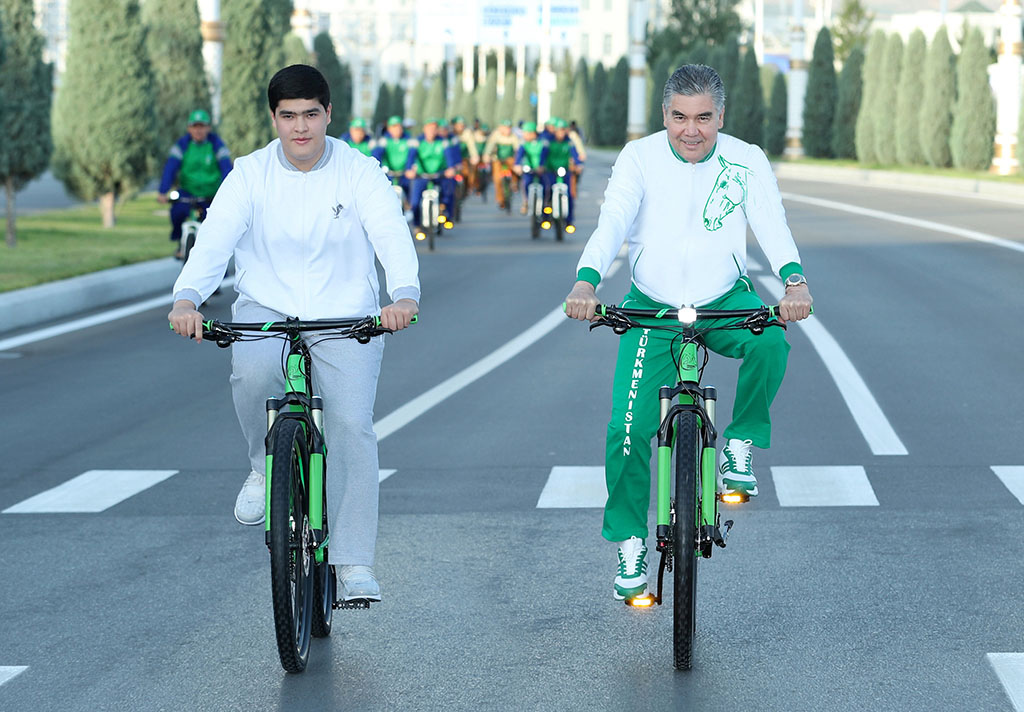 SVEN AND THIBAU NYS: THE PAST AND FUTURE OF CYCLOCROSS
By: José Been

Merckx, Nys, Zabel, Backstedt, Van Poppel, Knetemann, Roche, Dekker, Knaven – all big names in the history of cycling. Their sons or daughters follow in their footsteps, often under immense scrutiny. It’s hard not to compare the son or daughter to the father or the mother. “It has many advantages for Thibau,” explains former cyclocross world champion Sven Nys of his son, “but also disadvantages that people often do not see.”

In Belgium there is a new Nys, Thibau Nys. In his first races he immediately made an impact. He became world champion as a junior and won almost every race he started last season. This year he made his debut in the elite ranks, in a season with many ups and downs.

I caught up with father Sven and son Thibau to chat about their love of cyclocross, the media pressure on Thibau, and Sven’s role as both father and team manager. 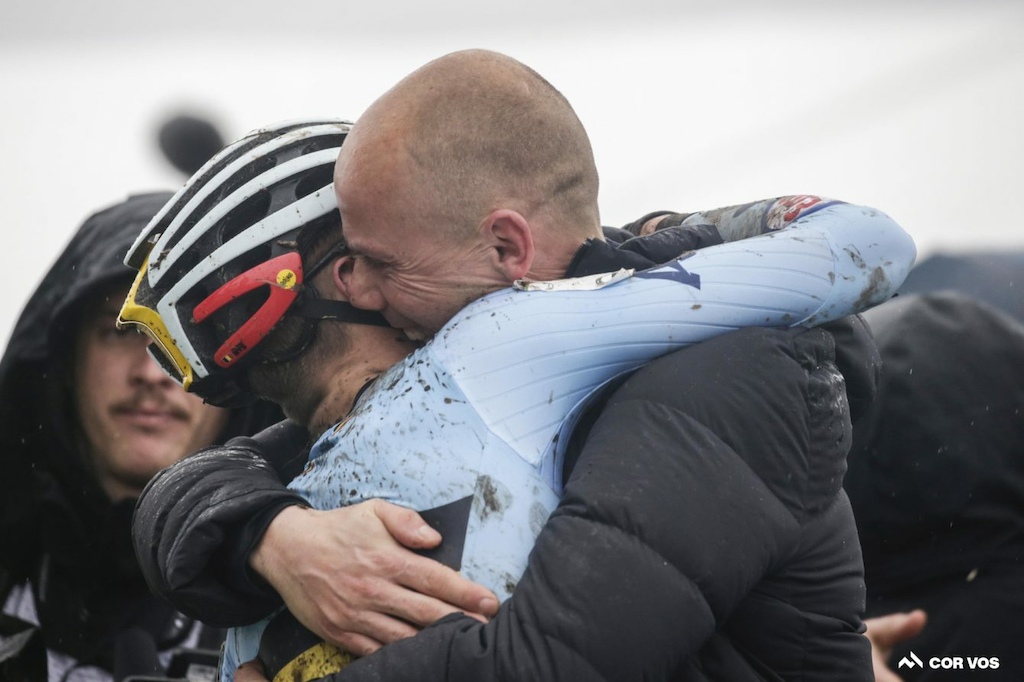 artistformlyknowasdan (Feb 2, 2021 at 10:19)
it makes a big difference when suspension products are part of the consideration. Would u rather have XT on a hardtail with a RS JUDY TK? Or a same hardtail with Fox factory and deore?

boozed (Feb 2, 2021 at 15:10)
@artistformlyknowasdan: It always baffles me when I see an XT groupset paired with a Rhythm fork

adamadey (Feb 2, 2021 at 4:39)
Zwifthub absolute outstanding geekery! Hats off to this guy, Zwift should be giving him a job, maybe he can overhaul the companion app save me smashing another phone...

DoubleCrownAddict (Feb 2, 2021 at 6:11)
Thanks for the in depth articles on cyclingtips, great research & writing.

JSTootell (Feb 2, 2021 at 8:55)
Nah. I have a gravel bike, but I used my Supersix Evo at the Belgian Waffle Ride a couple years ago and know it was the better choice for going fast.

Wait on second thought, you can get gravel bikes with road gearing... it’s what I have and what a lot of my friends ride on too.

TEAM-ROBOT (Feb 3, 2021 at 9:28)
Just for the record I love these CyclingTips highlight articles, and at this point I’ll read anything by Dave Rome.

TEAM-ROBOT (Feb 3, 2021 at 9:41)
Especially if it’s a Dave Rome article about chains.
Below threshold threads are hidden