Cyclo-Cross Ushers in New Era of Racing in Whistler

Join Pinkbike  Login
A weekend of cyclo-cross racing in Whistler Creekside has wrapped up, with the completion of the first annual Cyclo-Cross Whistler. Over 100 racers each day participated in the inaugural event that brought the dirt, rocks, mud and cobblestones of Whistler Creekside to life.

“We’re so stoked with how everything came together for this event,” said event organizer Darren Kinnaird with Crankworx Events Inc. “Cyclo-cross is such an exciting, growing sport, and we’re thrilled we were able to provide a venue for these athletes to come together to compete and share their sport with the community.”

The two-day racing weekend kicked off under sunny blue skies in Whistler Creekside Village. Day One’s course started on the pavement, winding through the village before heading up into a looping hill section rife with gravel, rocks and dust. The dry conditions were broken up by a sprinkler, creating a muddy section that challenged riders to draw on their full cyclo-cross skill set.


The schedule brought together a mix of racers of all ages and abilities, with each day starting off with a kids race for young athletes aged two to nine-years old. Races followed for Beginner, Intermediate and Elite riders, both male and female, in different age categories. The final race of the day saw some of the best battling it out for top spot. In the Elite category, Kevin Calhoun finished first for the men, Carey Mark sat atop the women’s podium and Kim Steed bested the field of Masters Men.

The second day of racing saw a different course laid out for competitors, with added flow and speed - the course sent riders straight to the windy hill section before looping back into Creekside Village. The final race of the weekend was almost a full repeat of the previous days’s Elite results, with both Kevin Calhoun and Carey Mark topping their respective podiums, while Ray Lachance took top spot in the Masters Men.

“It’s pretty rad,” said Calhoun after all was said and done. “I really want to support cyclo-cross in BC. It’s got an awesome community of people around it, whether you’re from the interior, the island or the lower mainland. And Whistler, being the cycling mecca that it is - it’s only fitting that it have a cyclo-cross race.”

Known as a hybrid of mountain biking and road racing that brings high-endurace cardio together with technical trail skills, cyclo-cross is a sport that’s gaining momentum in the cycling world. It’s also unique in its inclusivity, providing a welcoming atmosphere for athletes of all ages, abilities and riding backgrounds. Those involved say it’s a natural fit for Whistler. 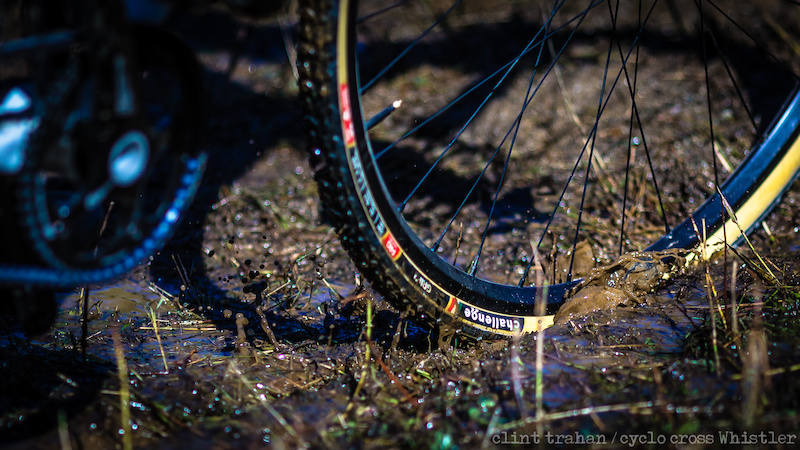 “We’ve been looking for ways to grow our top-tier events and increase their profile,” said Cycling BC Race Coordinator Barry Lyster. “Helping set down cyclo-cross’ roots in Whistler is a no-brainer.”

At the end of the weekend or racing, Lyster said cyclo-cross will be back.

“What really impressed me was the venue we got to work with. The layout of the course and the overall atmosphere in Creekside were perfect,” he added. “The potential is incredible - it’s going to be a world-class event for sure.”

Looking to year two, Kinnaird said the hope is to build on the momentum created through this inaugural weekend, solidifying it as an annual event and continuing to usher in a new era of racing in Whistler. 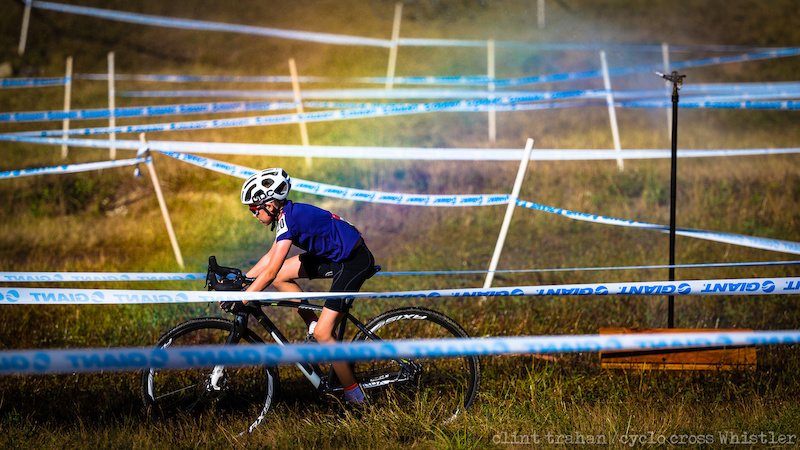 curbwzrd (Sep 25, 2014 at 11:43)
unfortunately the course and attendance for this event were lacking. it defiantly has potential but whister needs to bring some cx racers and actual course designers in the the planning and course lay out next year. personally i have seen better attended and course lay out races on the islands "underground" practice nights which attract upwards of 150 people every week.

Someoldfart (Sep 23, 2014 at 19:55)
I watched racing both days. The field at Cheakamus Crossing might have been a better venue for cross.