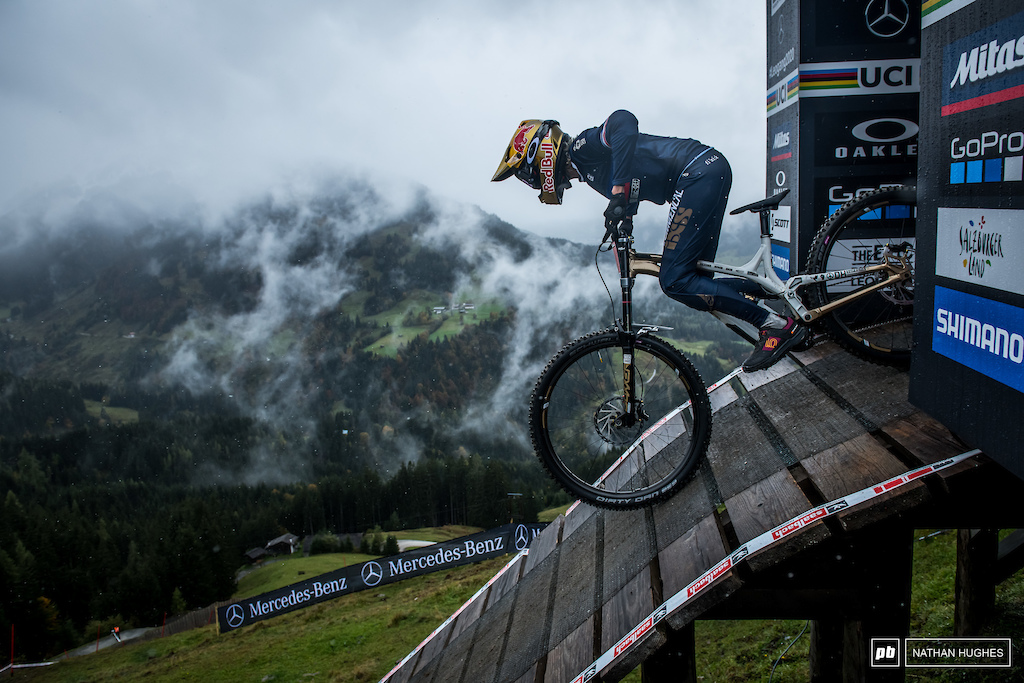 After a season disrupted by COVID this year, we've already had out first change to the 2021 World Cup calendar. Dates for next year's competition were initially announced on September 25 but the UCI today revised the dates for Leogang and Fort William. Unlike most of the changes we saw this year, this doesn't seem to be related to COVID but comes at Fort William's request for logistical reasons.

The new calendar is below:

The Union Cycliste Internationale (UCI) has announced that the Fort William (Great Britain) and Leogang (Austria) rounds of the 2021 Mercedes-Benz UCI Mountain Bike World Cup will finally take place on 22-23 May and 12-13 June respectively.

Fort William was originally scheduled to take place on 12-13 June and Leogang on 5-6 June.

These dates were changed following a request from the Fort William organiser.

As originally planned, the British event will be a downhill (DHI) one, while the Austrian one will feature both downhill and cross-country Olympic (XCO).

ReeferSouthrland (Oct 13, 2020 at 8:20) (Below Threshold)
We are obviously ready now, where have you been. They just had a National at Snowshoe less than a month ago butthole.

Karpiel073 (Oct 13, 2020 at 8:33)
@ReeferSouthrland: Having a national rnd with fellow Americans vs. a WC with people from all across the globe is a different story.

Supergirl56 (Oct 13, 2020 at 8:35) (Below Threshold)
@Imabigboy82: We're talking at my school right now and we think everyone in the school already had it in February.

Mntneer (Oct 13, 2020 at 8:58) (Below Threshold)
@Supergirl56: nah. If y’all felt like shit, you probably just had the flu. Covid is mostly innocuous for young, healthy people, and wouldn’t be a memorable sickness for most

Linkpin (Oct 13, 2020 at 7:45)
At least it gives the Leogang track team another week to rake out the last of the elbow-deep ruts from the weekend...

RCederholm (Oct 13, 2020 at 7:20)
The spacing of events seems to make it a bit more difficult for riders/teams not based out of Europe (3 week spacing between several of them now). I am sure that will impact travel budgets quite a bit.

nhlevi (Oct 14, 2020 at 9:33)
@peytodog: I meant that straighter travel lines would probably make more sense for the riders

Struggleteam (Oct 13, 2020 at 8:00)
Fingers crossed they make it back to Snowshoe! I know, I know optimism doesn't bode well on this site but what the hell.

markyp1965 (Oct 13, 2020 at 7:47)
Had arranged accommodation for the original dates in Fort Bill, as even if the event was cancelled, if travel was still possible, I still make the trip. Having to rearrange now, so fingers crossed that spectators will be able to go.

neimbc (Oct 13, 2020 at 8:09)
@curtaincarot: They do now - before it was free, then it became a parking fee, now it's entrance as well at many venues. No more freebies. Still worth it though.

ReeferSouthrland (Oct 13, 2020 at 8:24)
Well if you what a mountain is there are only 5000 ways to access a race. I have never paid for parking let alone entrance fee. 7th degree blackbelt Bushwacker

showmethemountains (Oct 13, 2020 at 9:57)
@ReeferSouthrland: The race organizer has to pay the UCI a big hosting fee (it looks like that is about $38,000 US for 2020) for the honor of holding a WC race, as well as covering a lot of other costs for preparing the venue and running the event. I think the UCI fees used to be a lot smaller and race organizers used to be able to rely on selling the remaining advertising space that UCI allows to cover their hosting costs and hopefully make some income. But times have changed and parking and entrance fees have become the new way to stay in business

I kid, I know it's not that simple and even harder now given the circumstances, but it would be nice to see some other continents in the mix!

Like most people, I'm just looking forward to watching some racing

ascotsmanrides (Oct 13, 2020 at 8:15)
EWS in Innerleithen the weekend before the DH in Fort Bill. May looks good for MTB fans in Scotland, though the new Fort Bill dates clash with a friends wedding. Typical.

dubod22 (Oct 13, 2020 at 20:23)
There is only one choice here. Through thick and thin you know which one you should attend. Will you be able to forgive yourself in years to come if you chose this over some meaningless money-making hollow event?

...your friend will understand. See you at Fort Bill.

yabbaDABdo (Oct 13, 2020 at 8:38)
Sucks to be a team or sponsors only 6 events yet all the travel. If your only doing six keep them in Europe as travel will be easier and cheaper